This was a joint project with the Sierra Club Task Force

Today we had nine Santa Monica Mountains Task Force (Sierra Club) and six SMMTC volunteers out on the Stunt High Trail. We had previously worked on the lower part of the "High" Trail and today finished the upper part. The day started out cloudy, overcast and cool, but the sun emerged as we worked. We lopped, groomed the trail, and installed drains and steps. 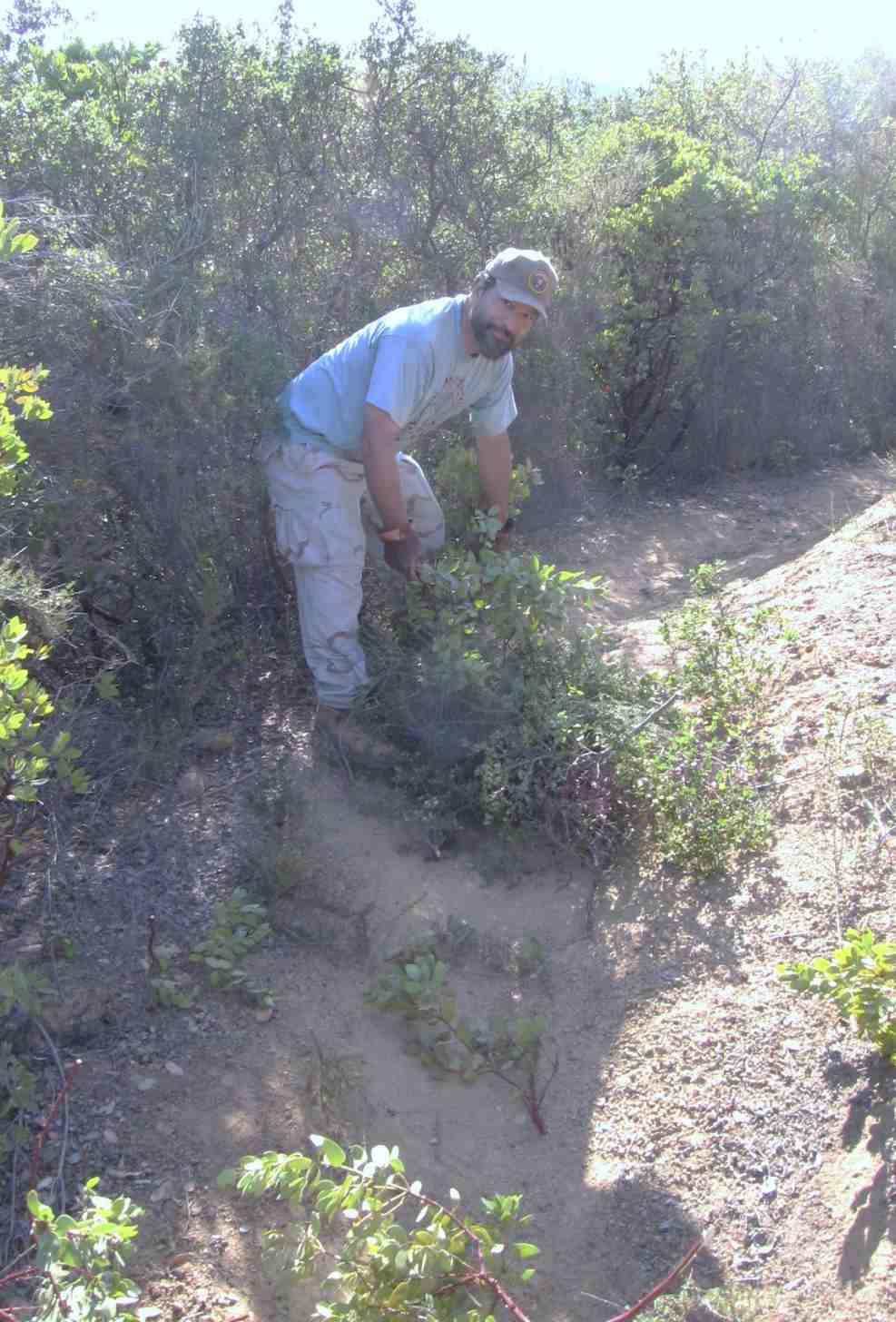 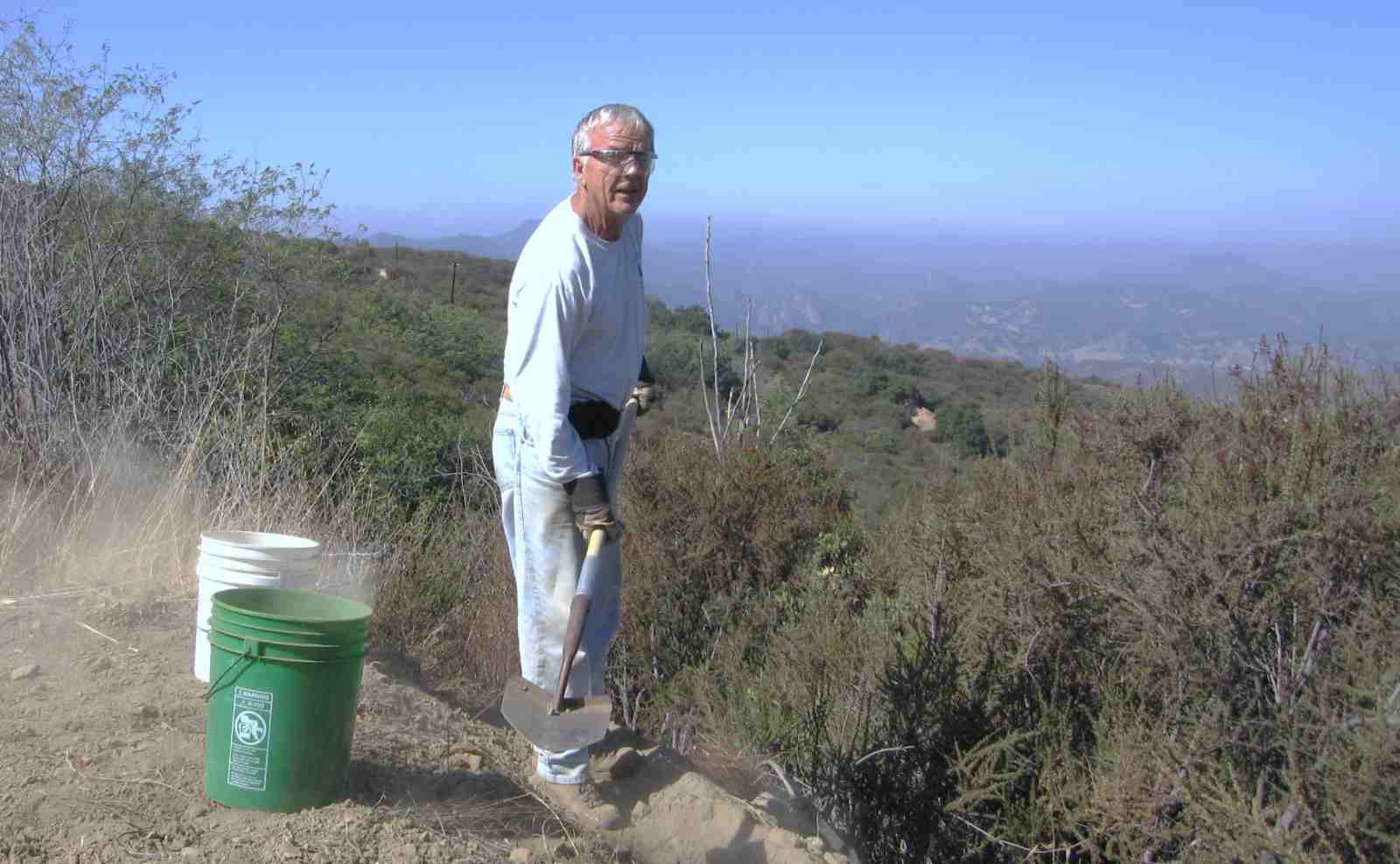 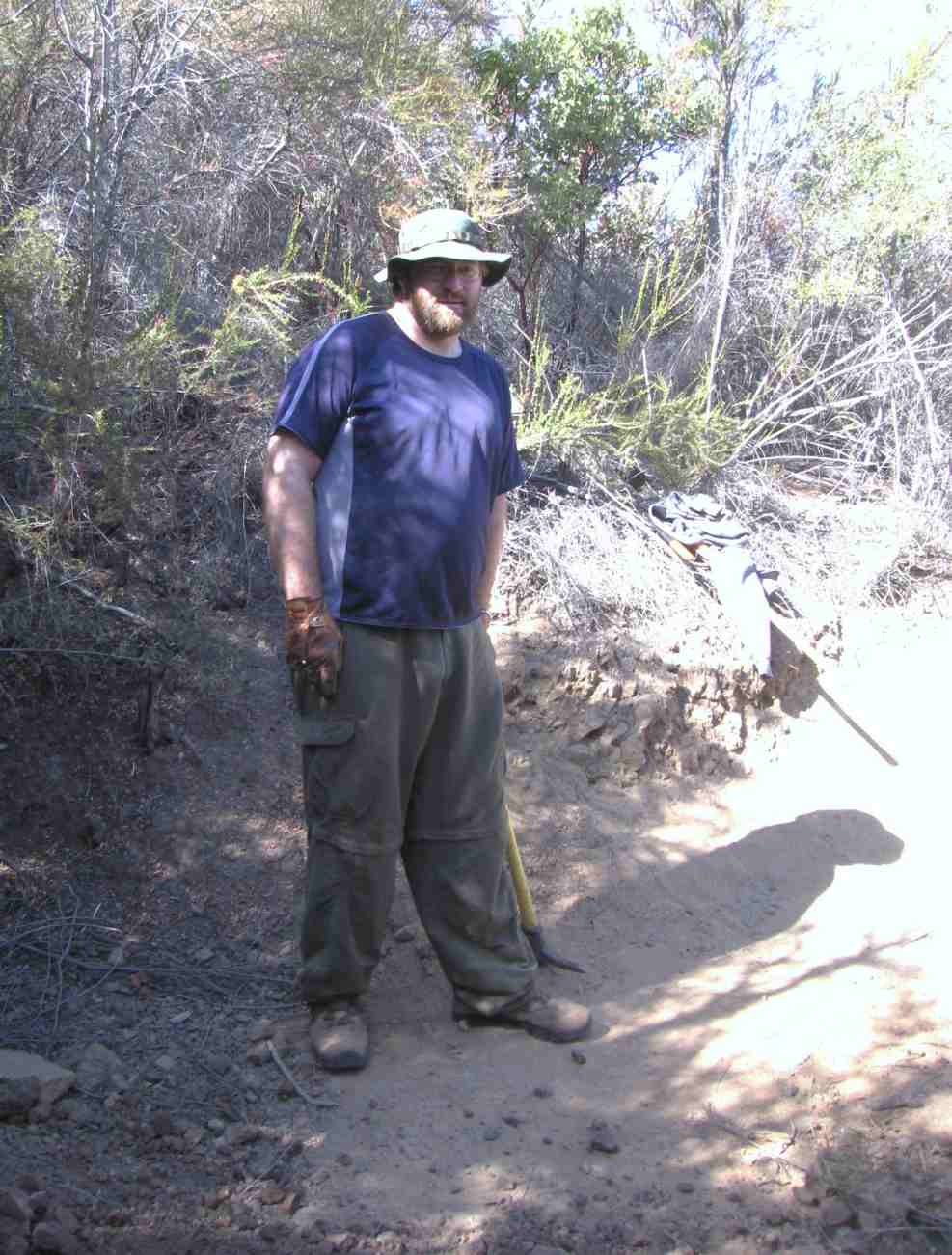 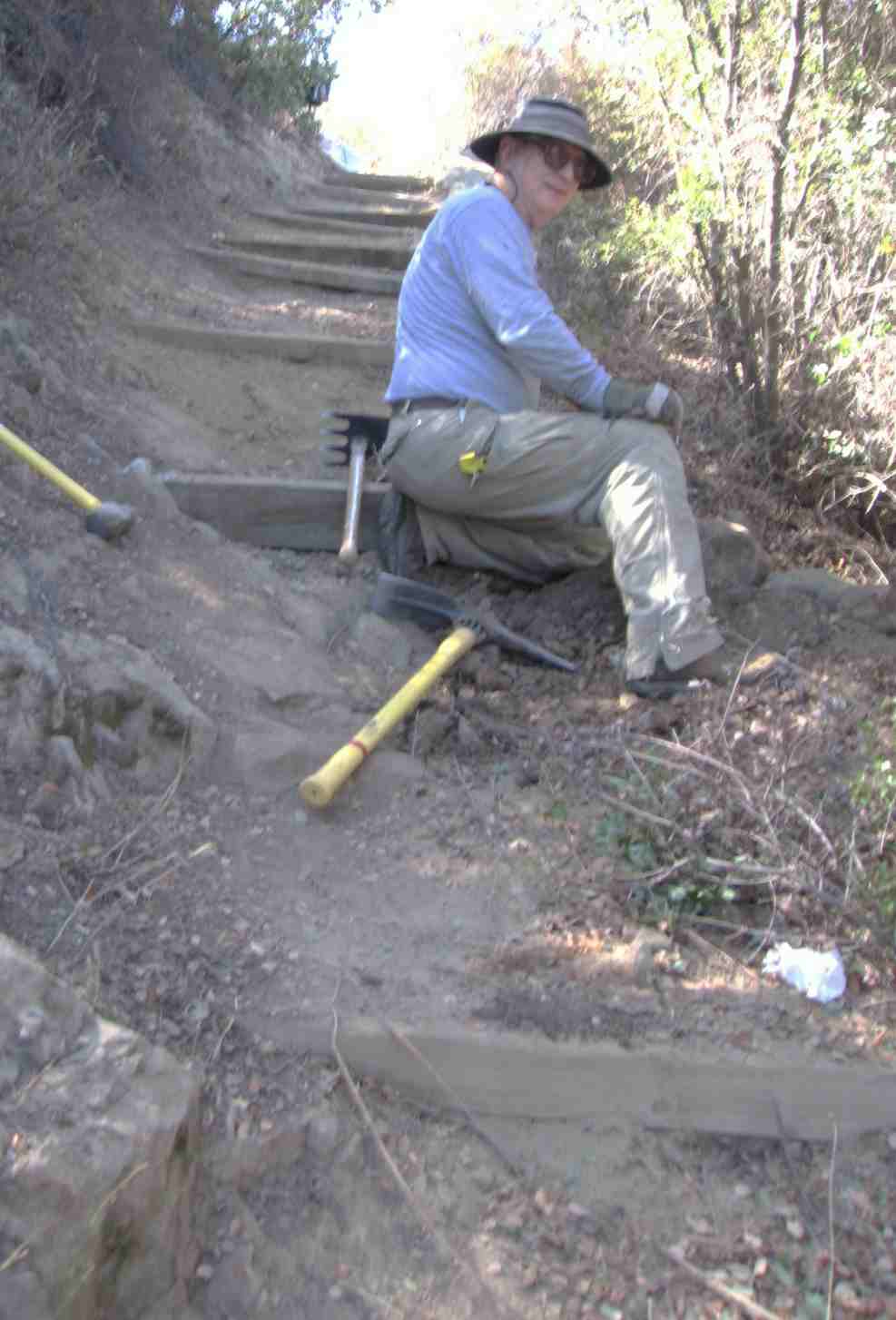 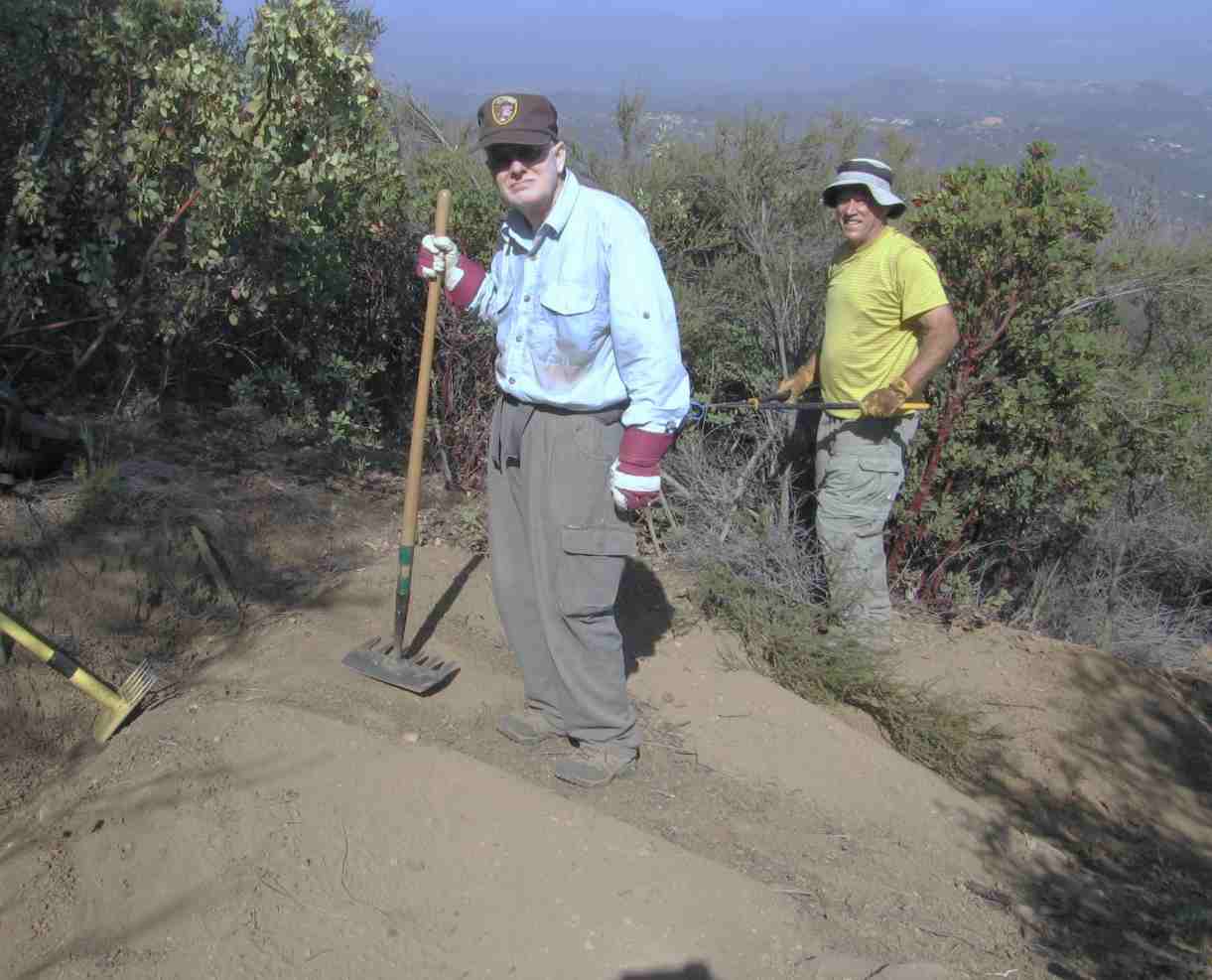 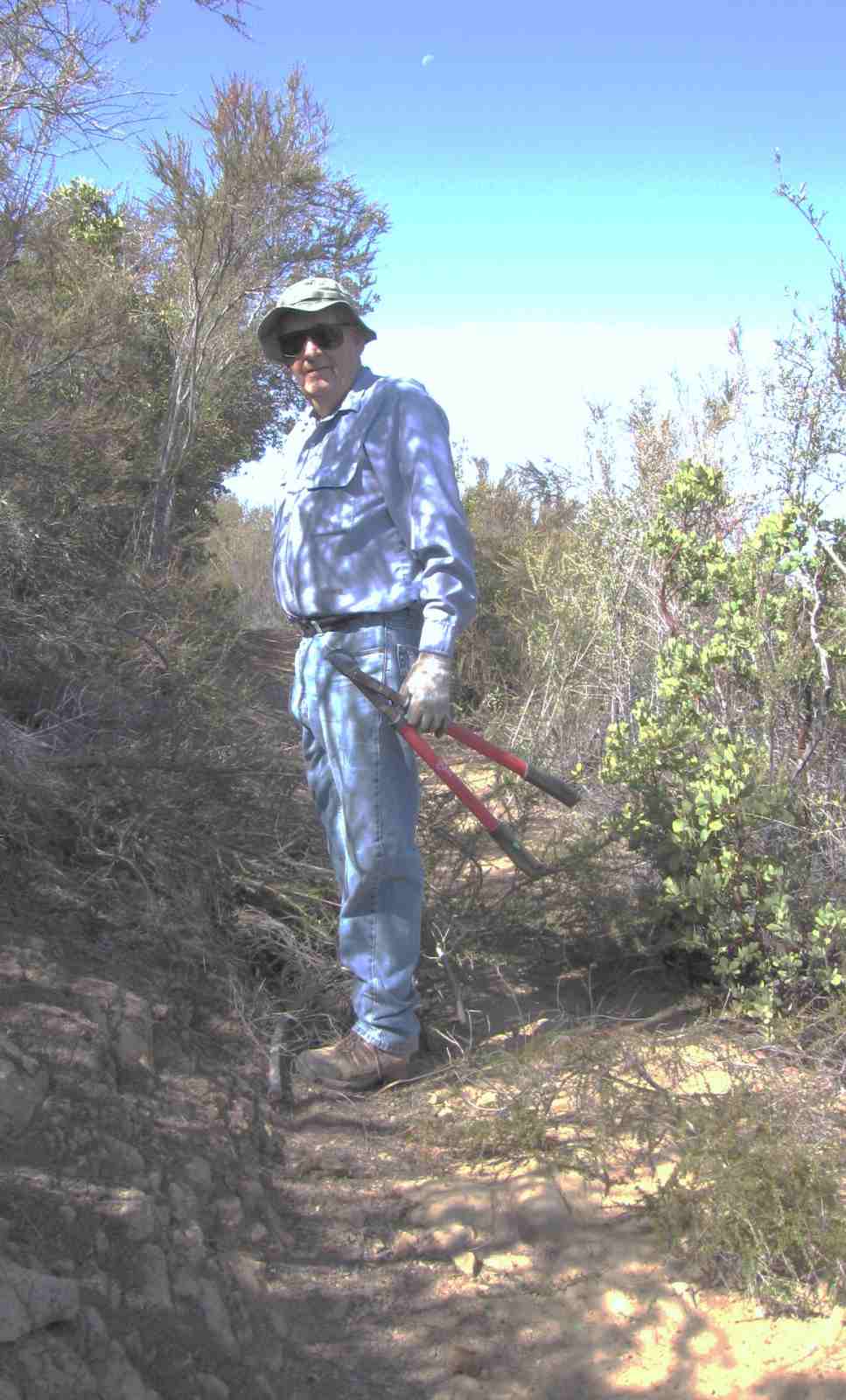 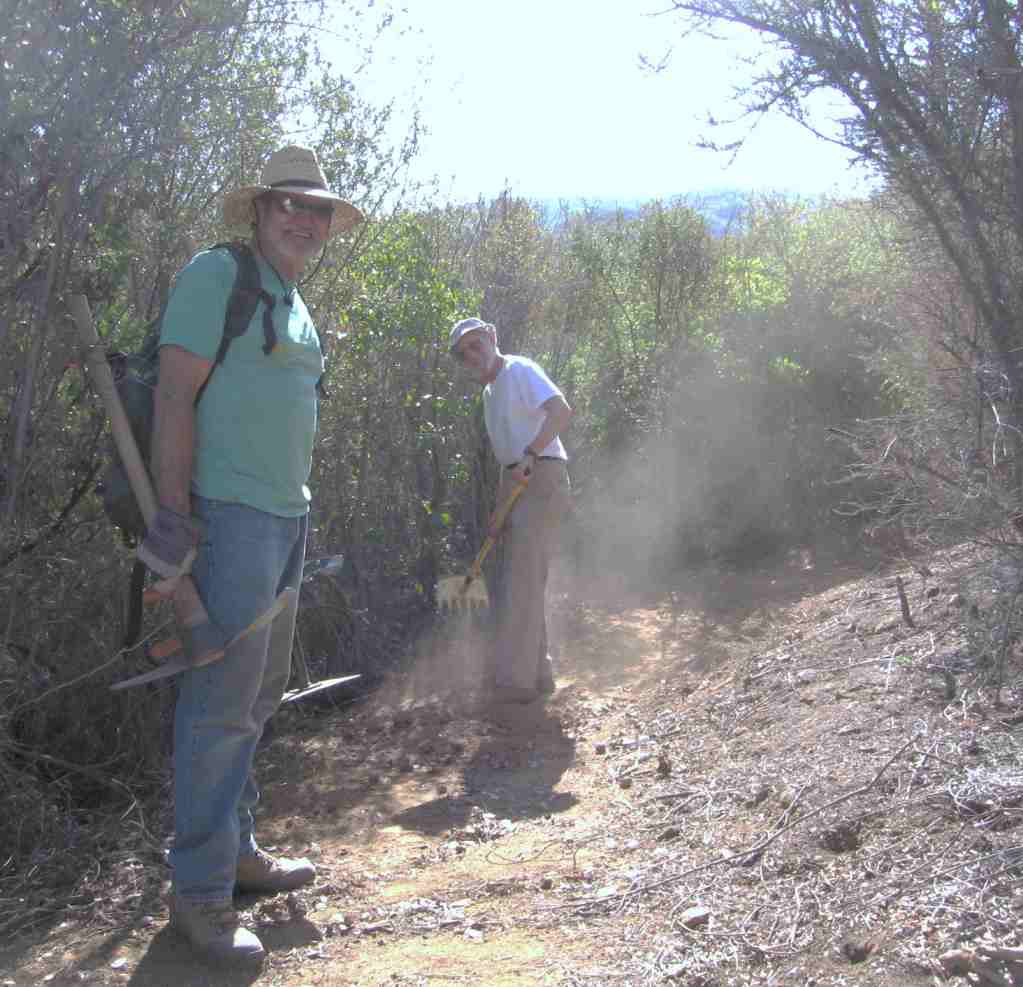 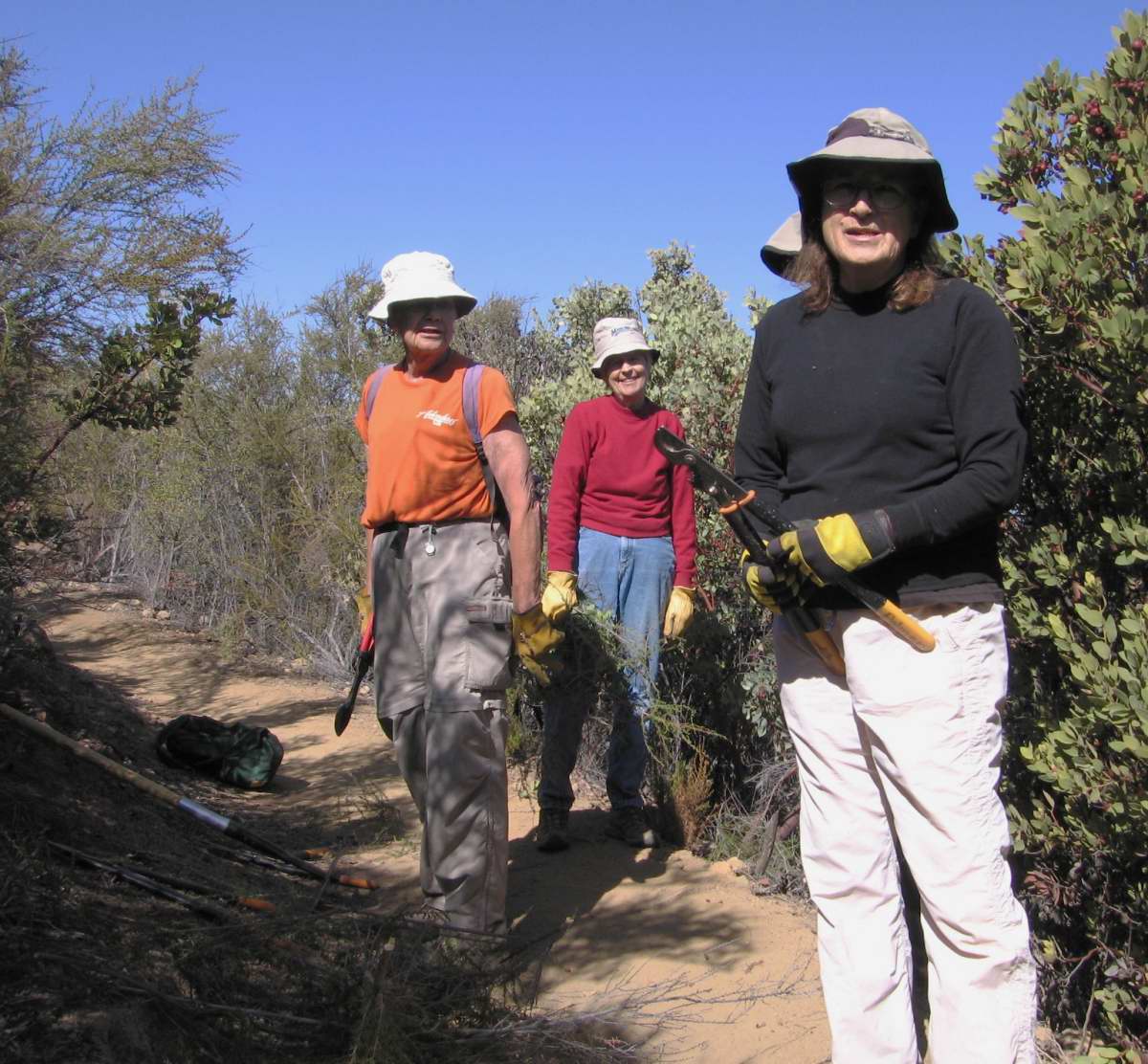 Photos above courtesy of Greg Sweel.