Plant of the Month - Black Sage 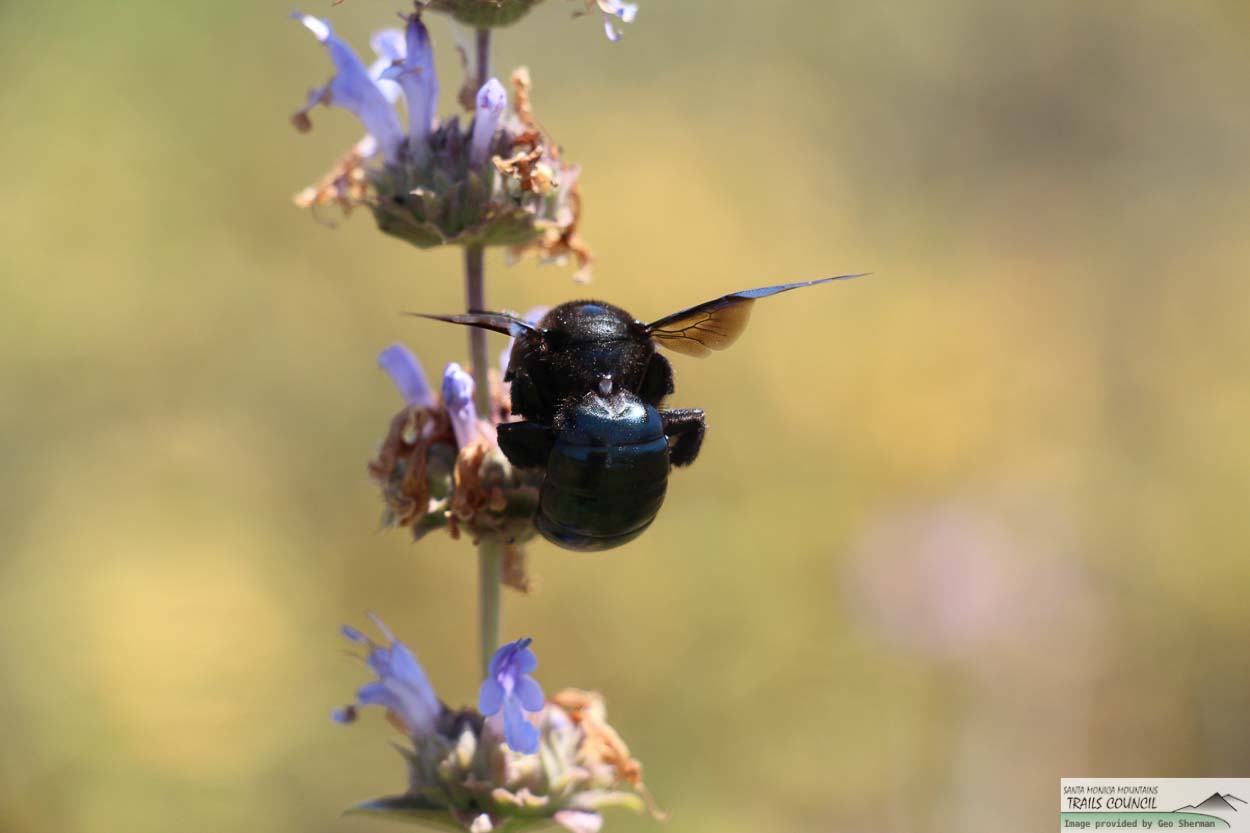 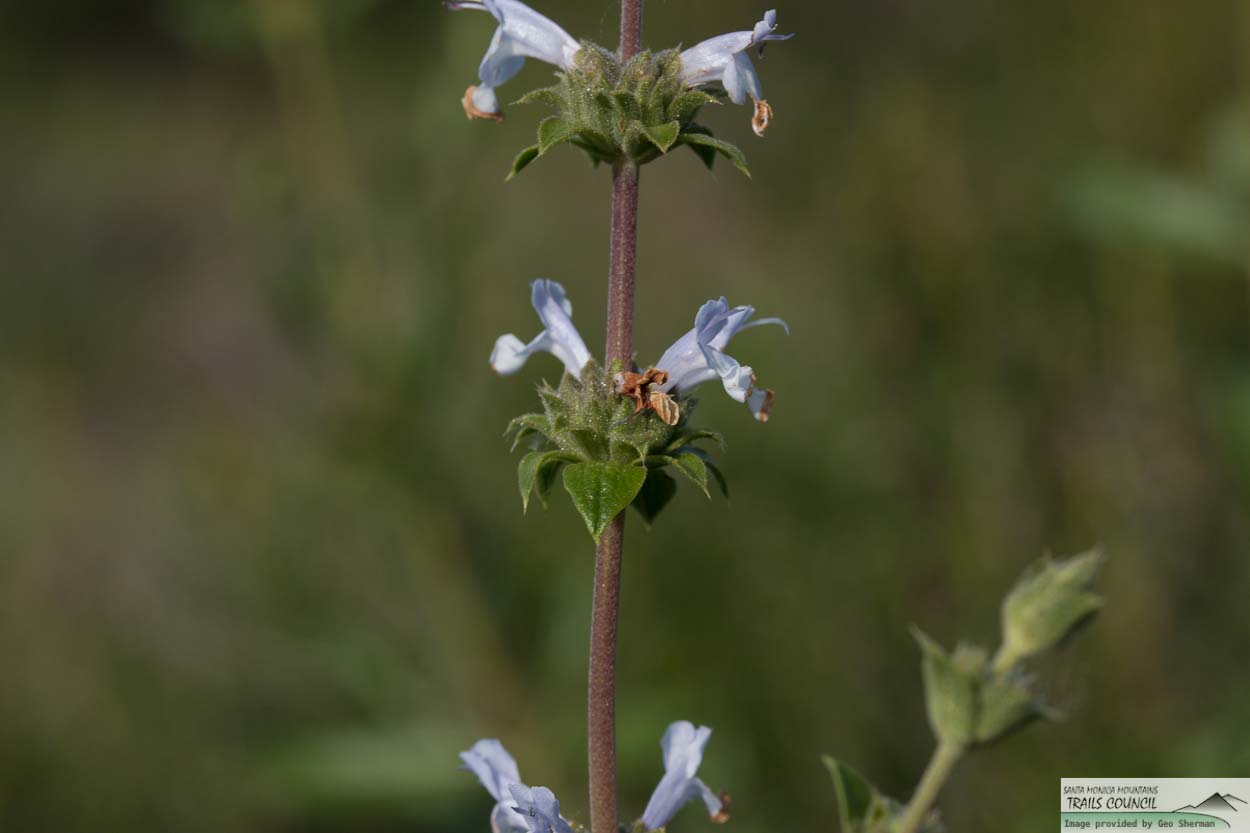 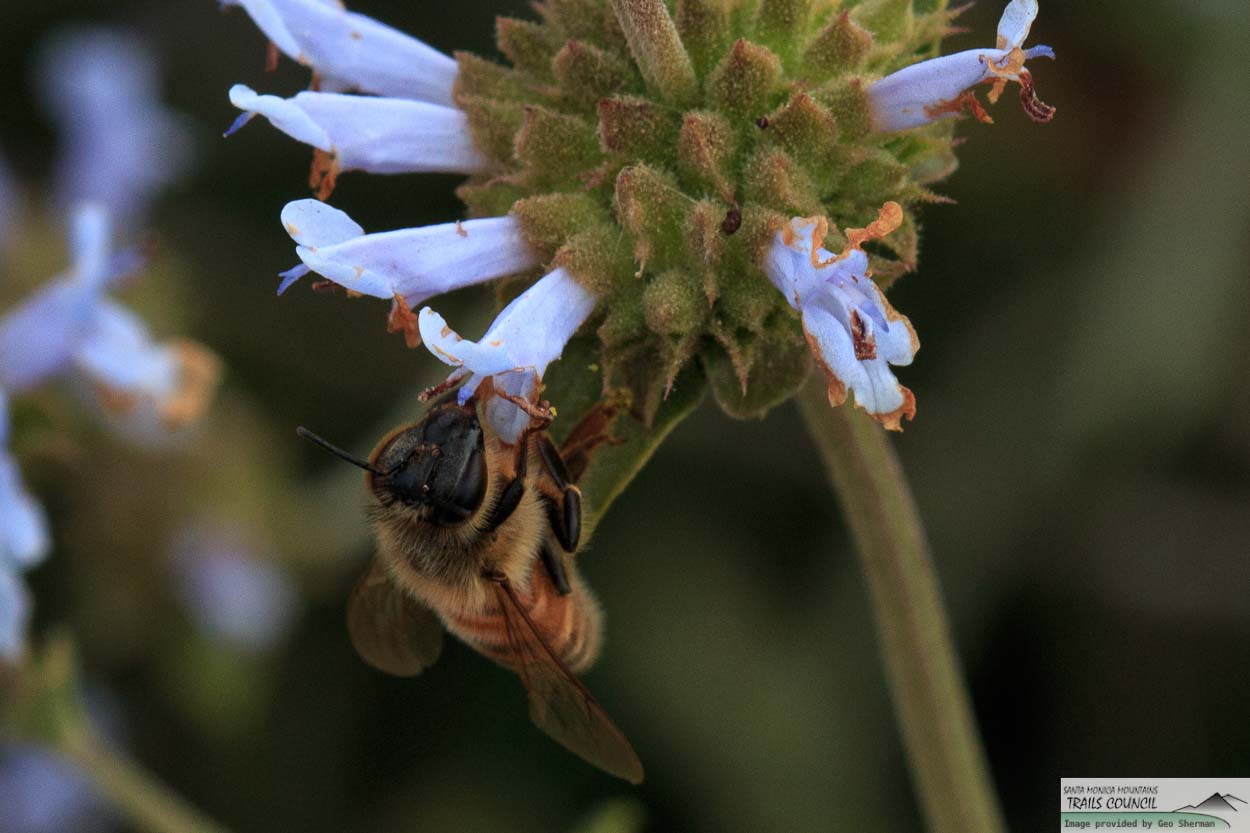 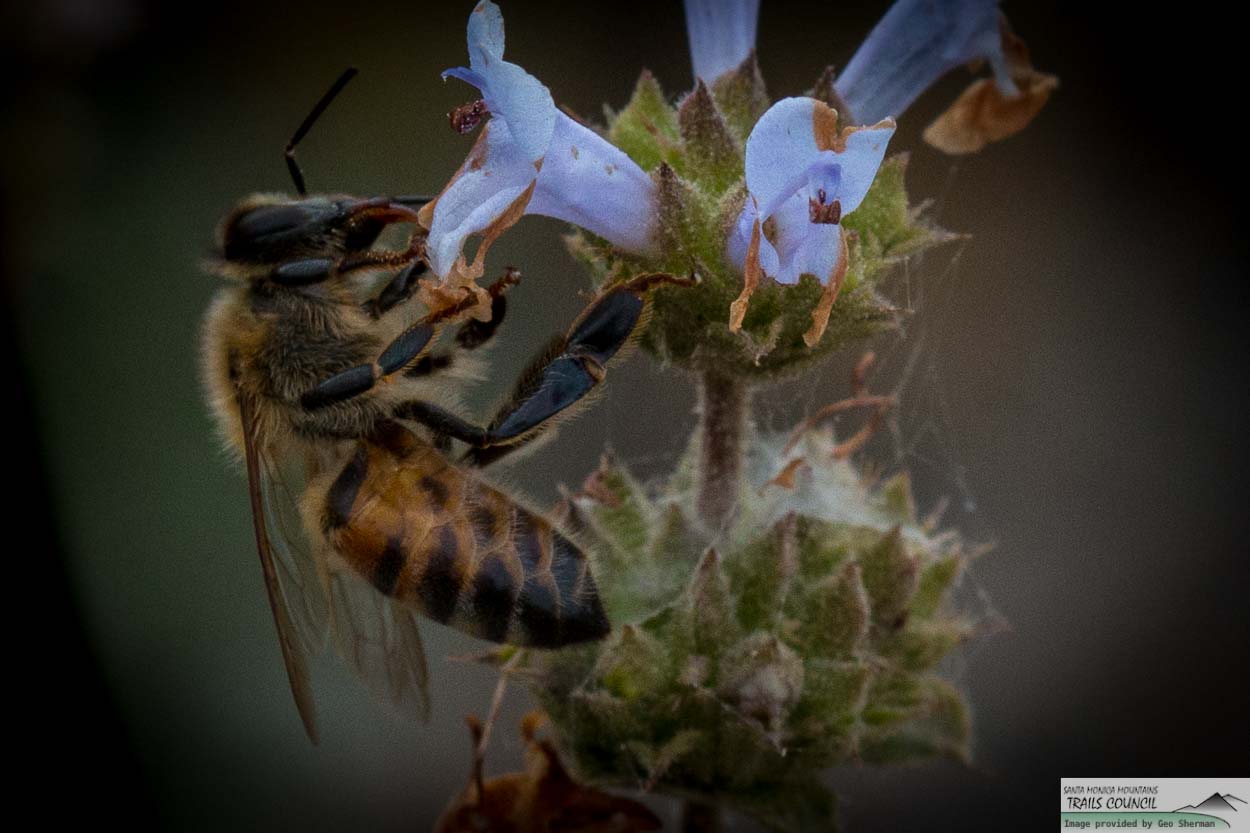 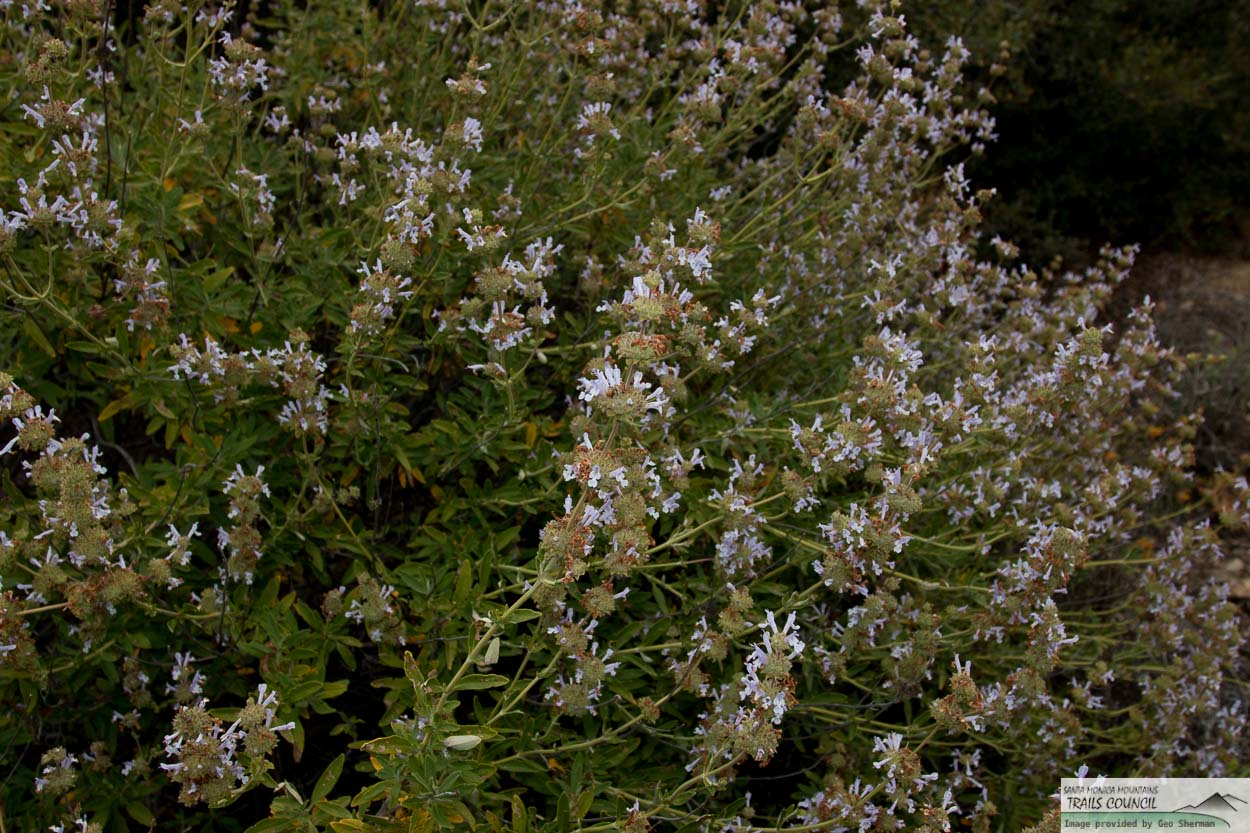 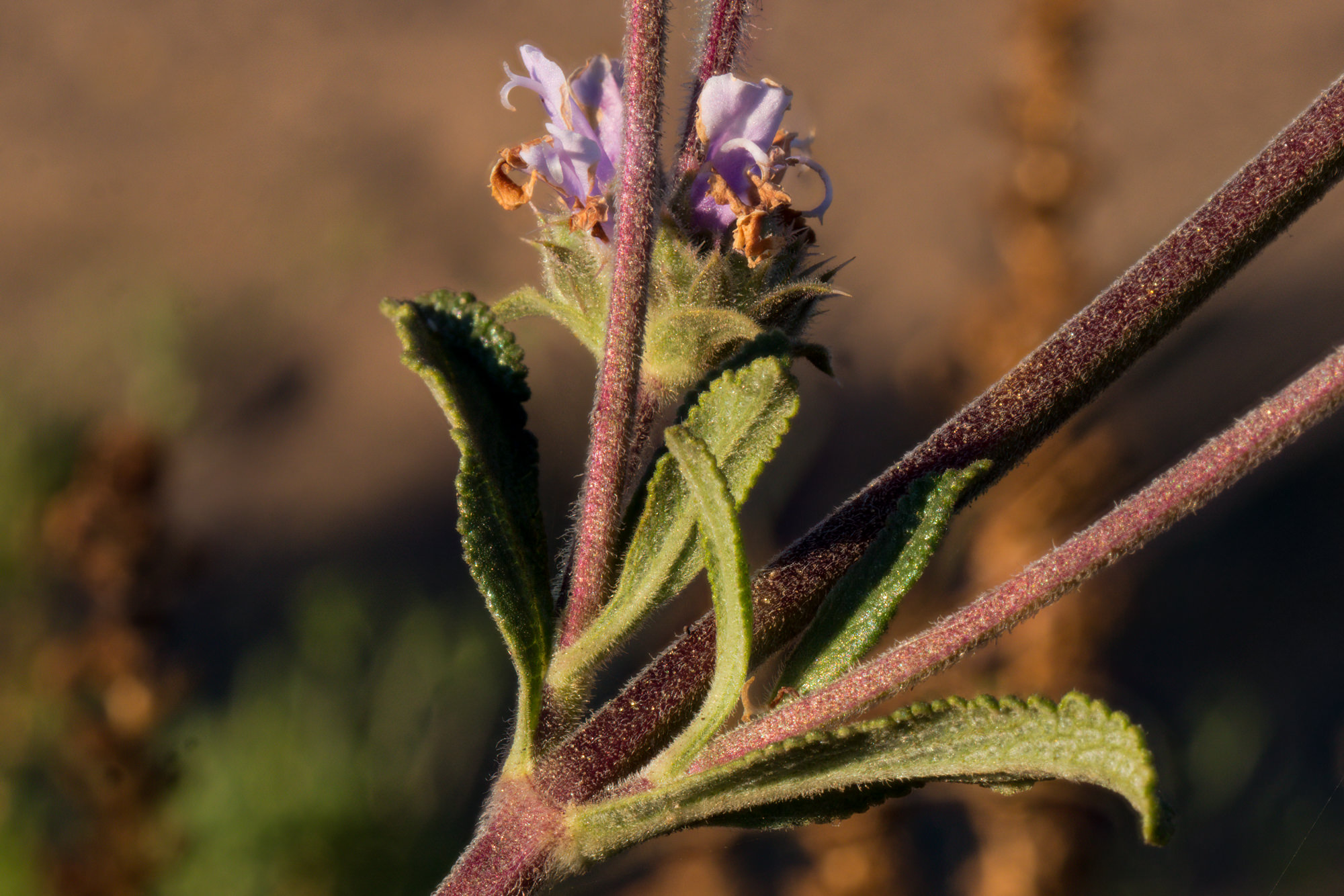 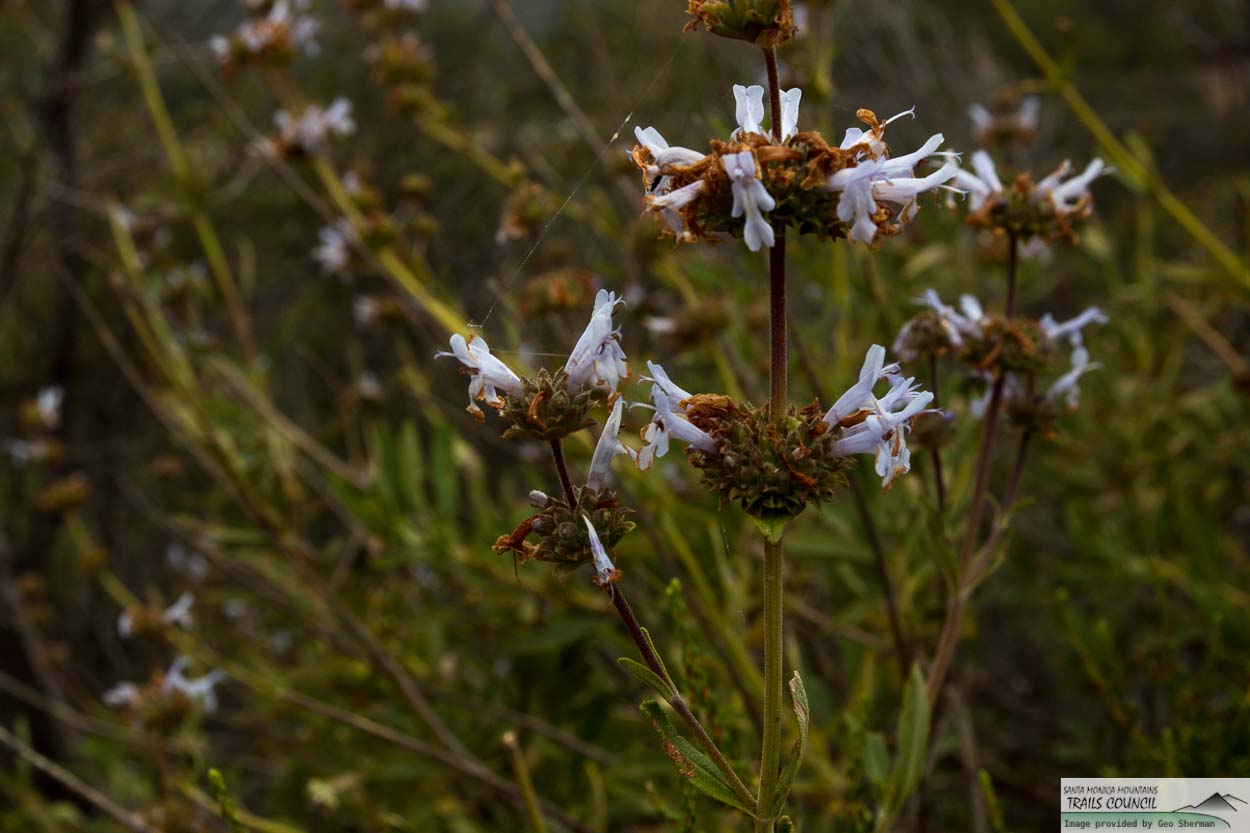 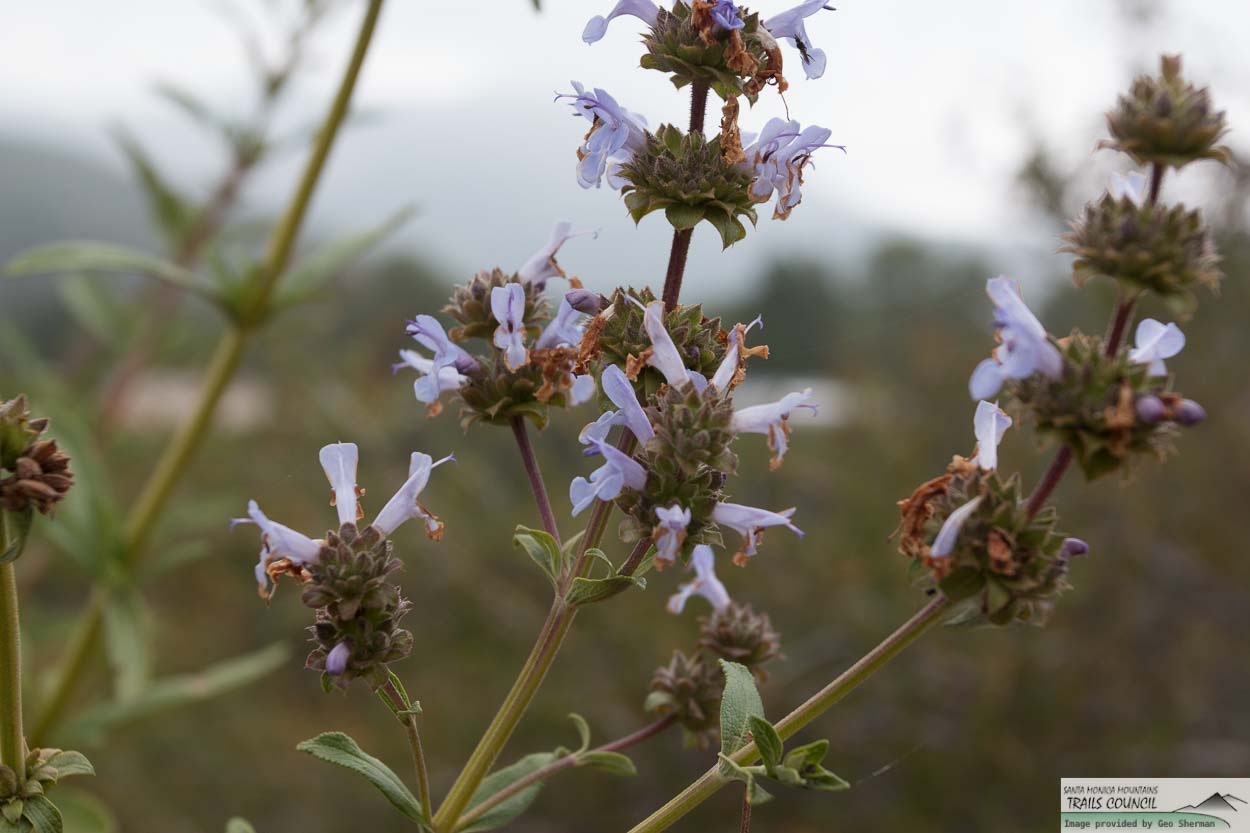 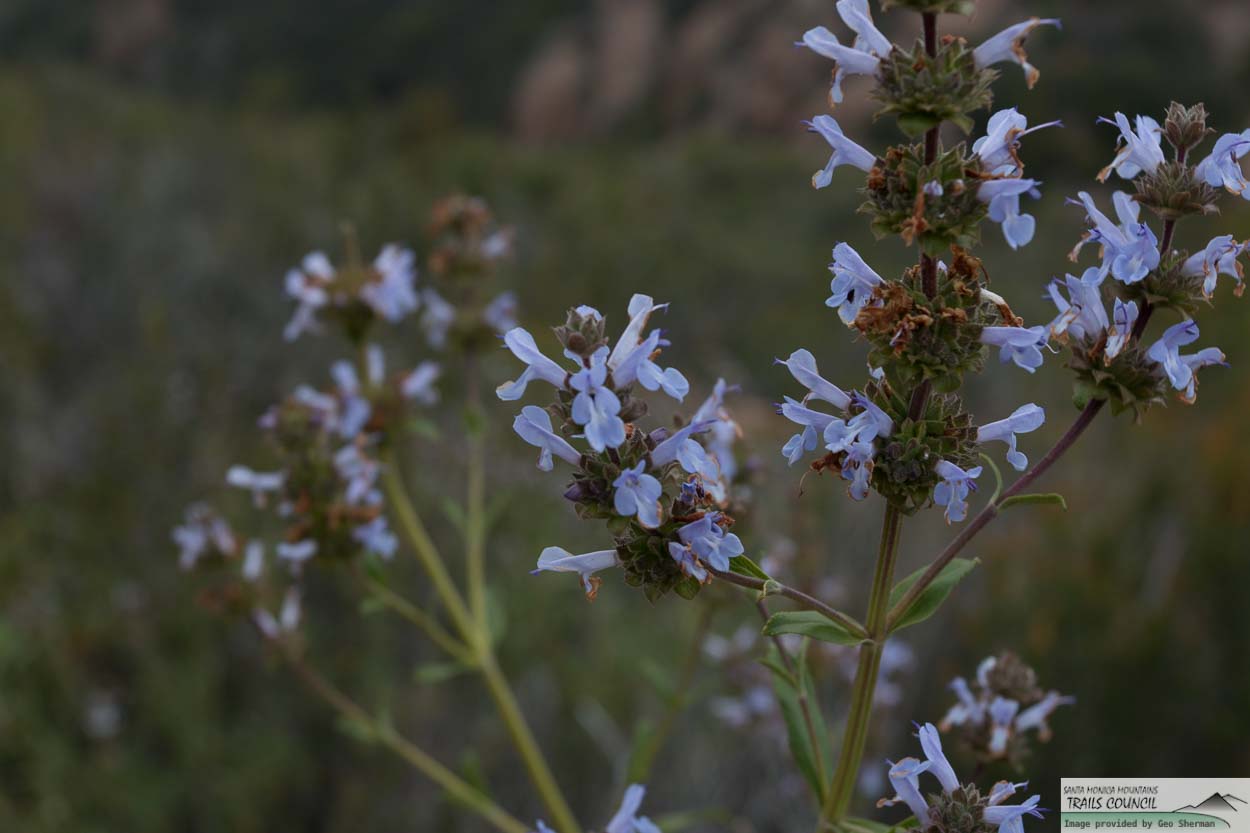 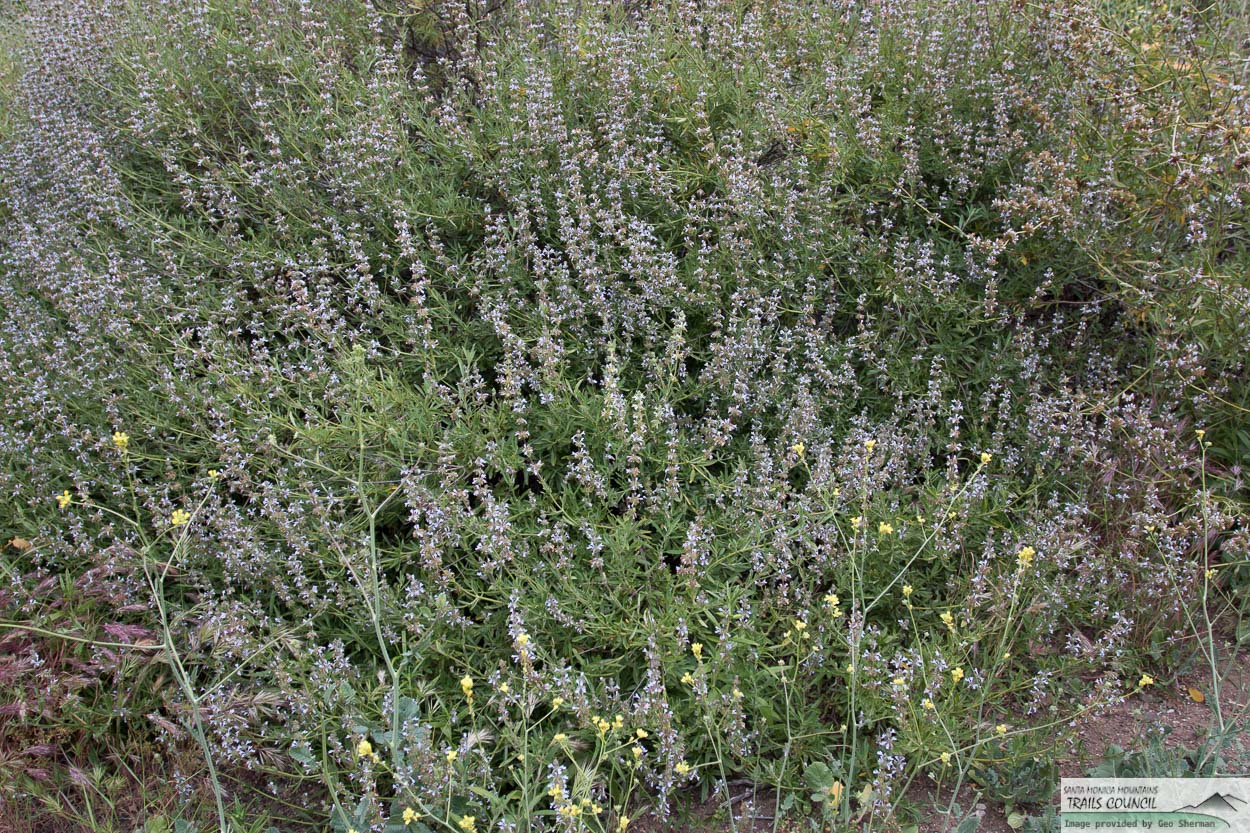 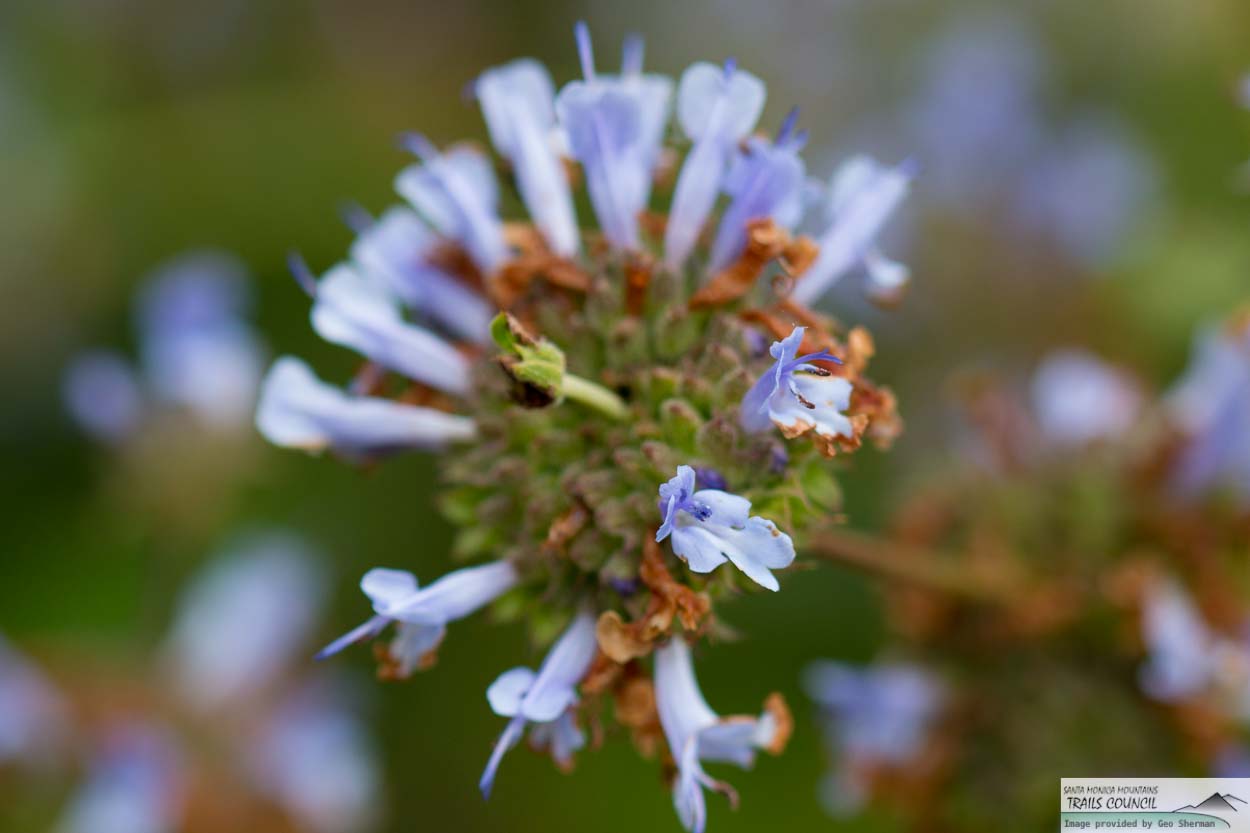 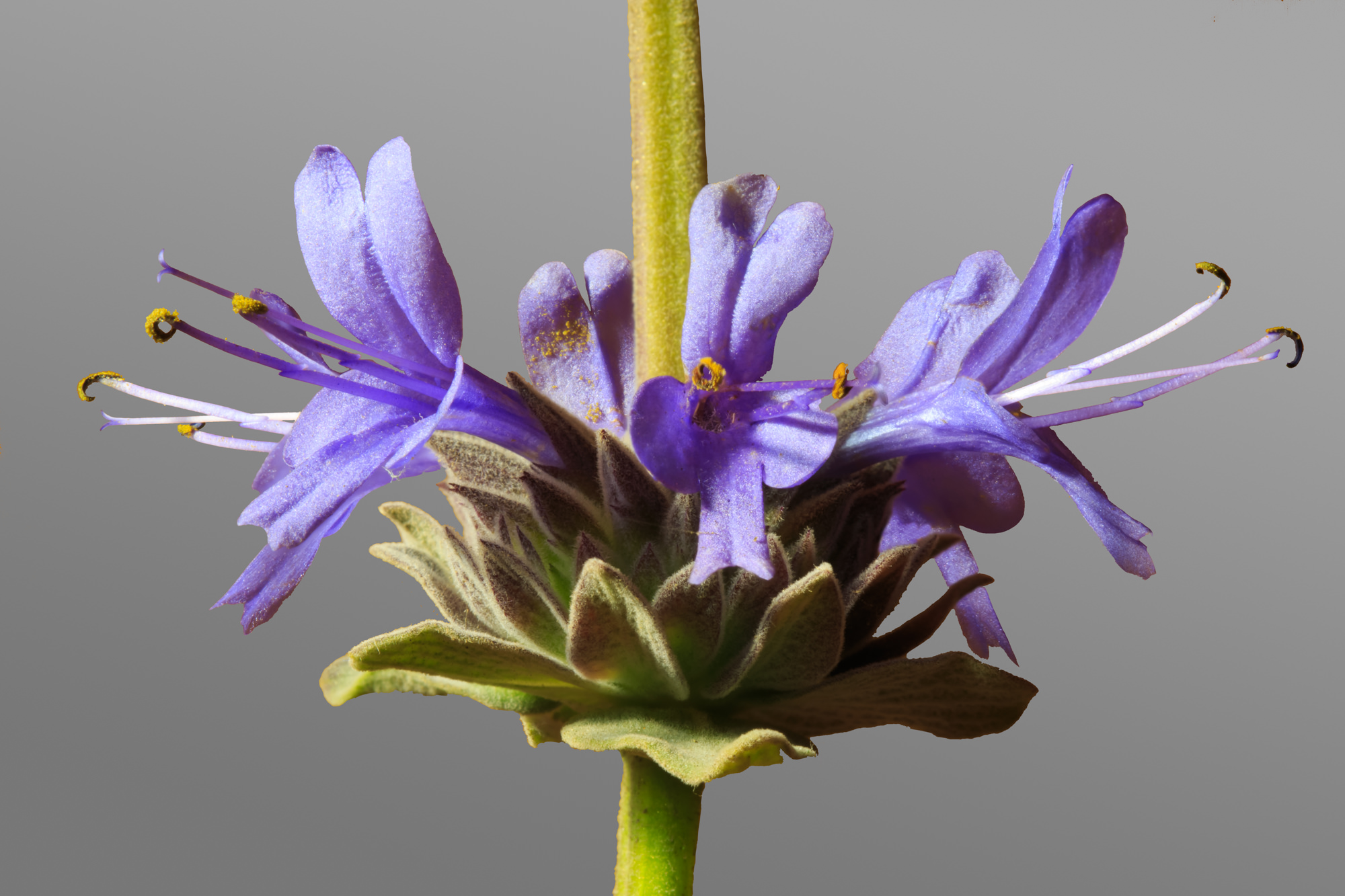 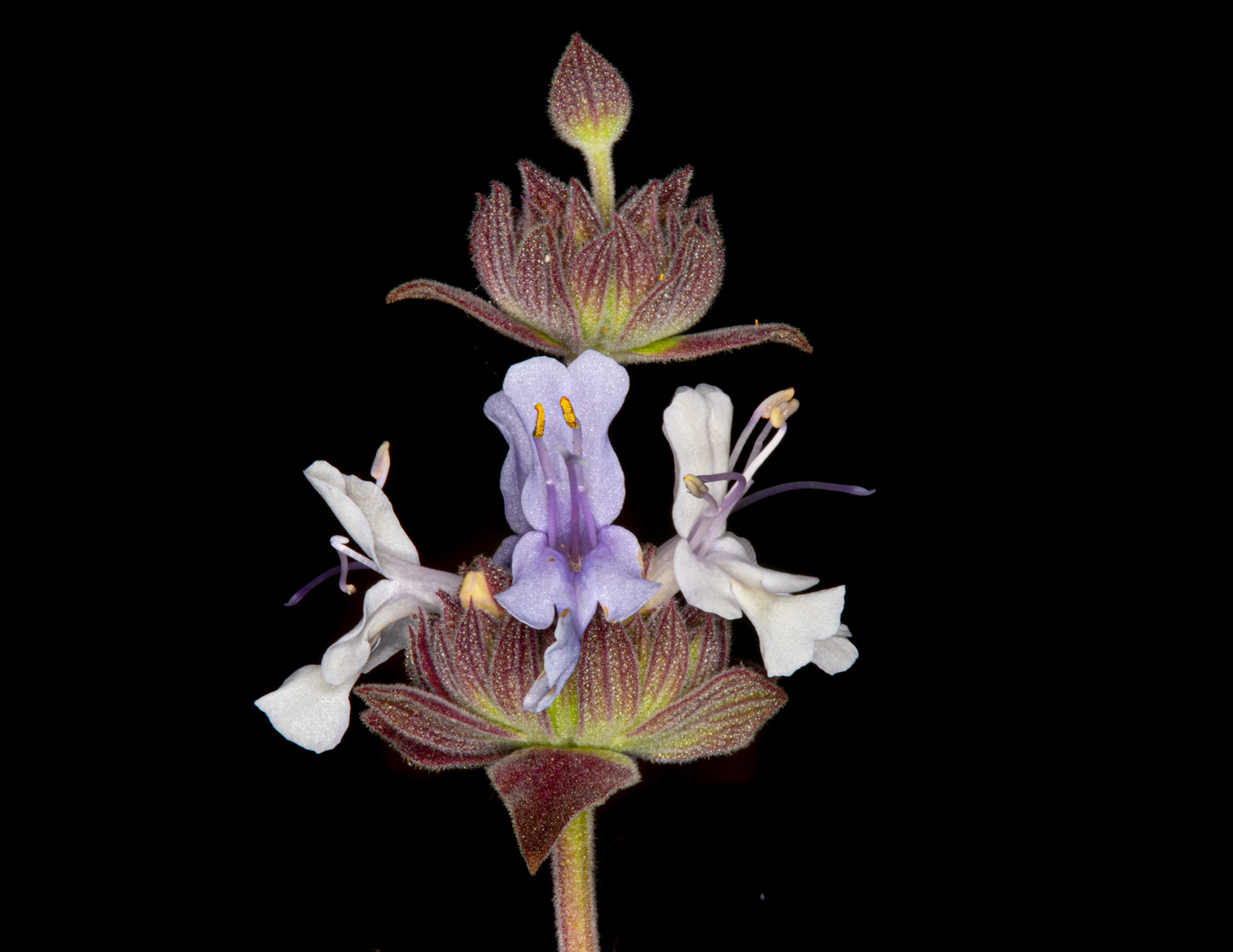 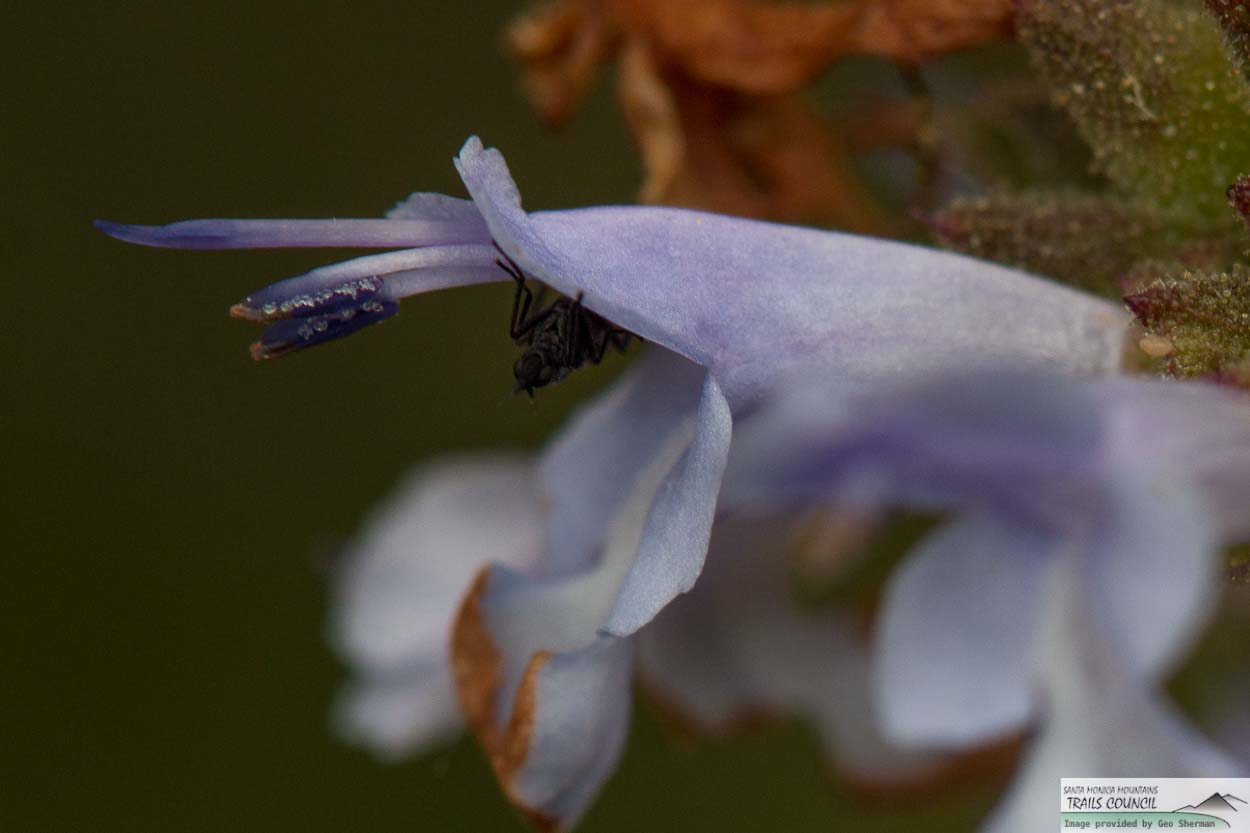 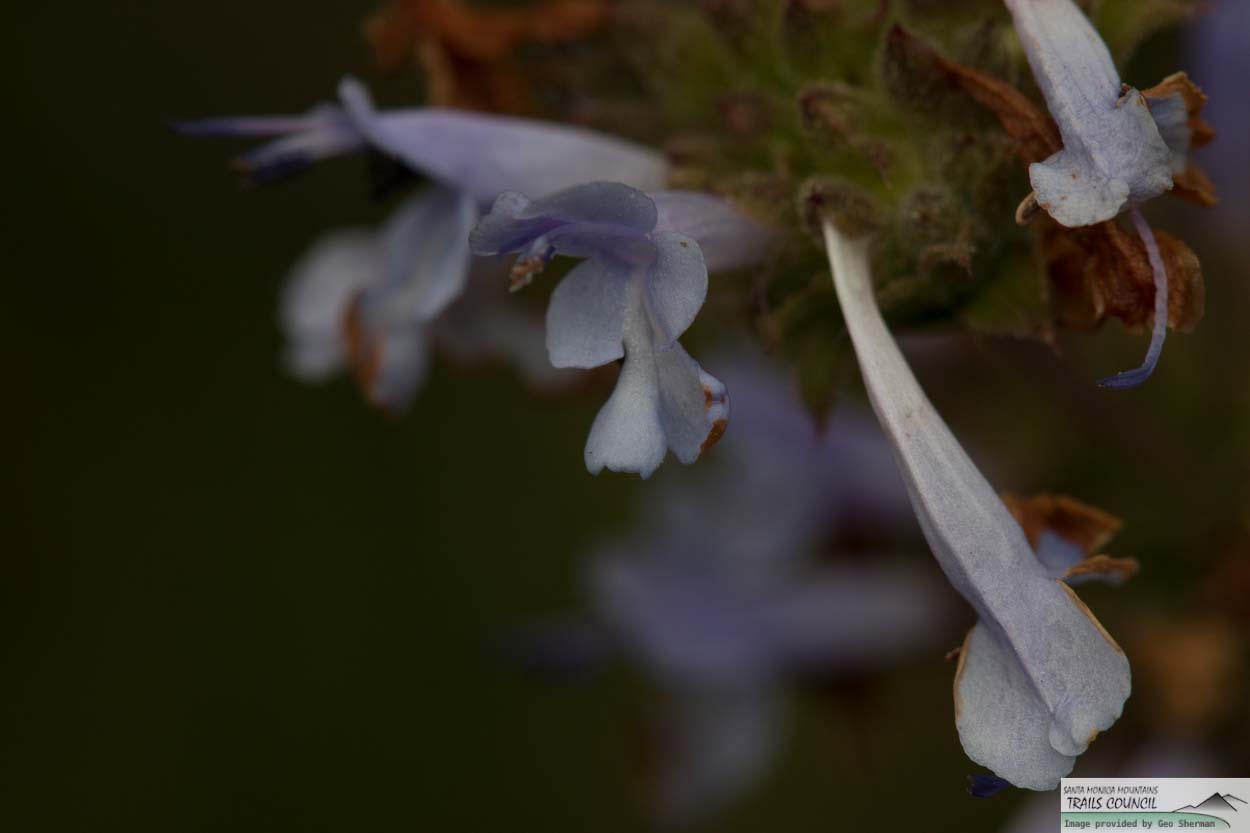 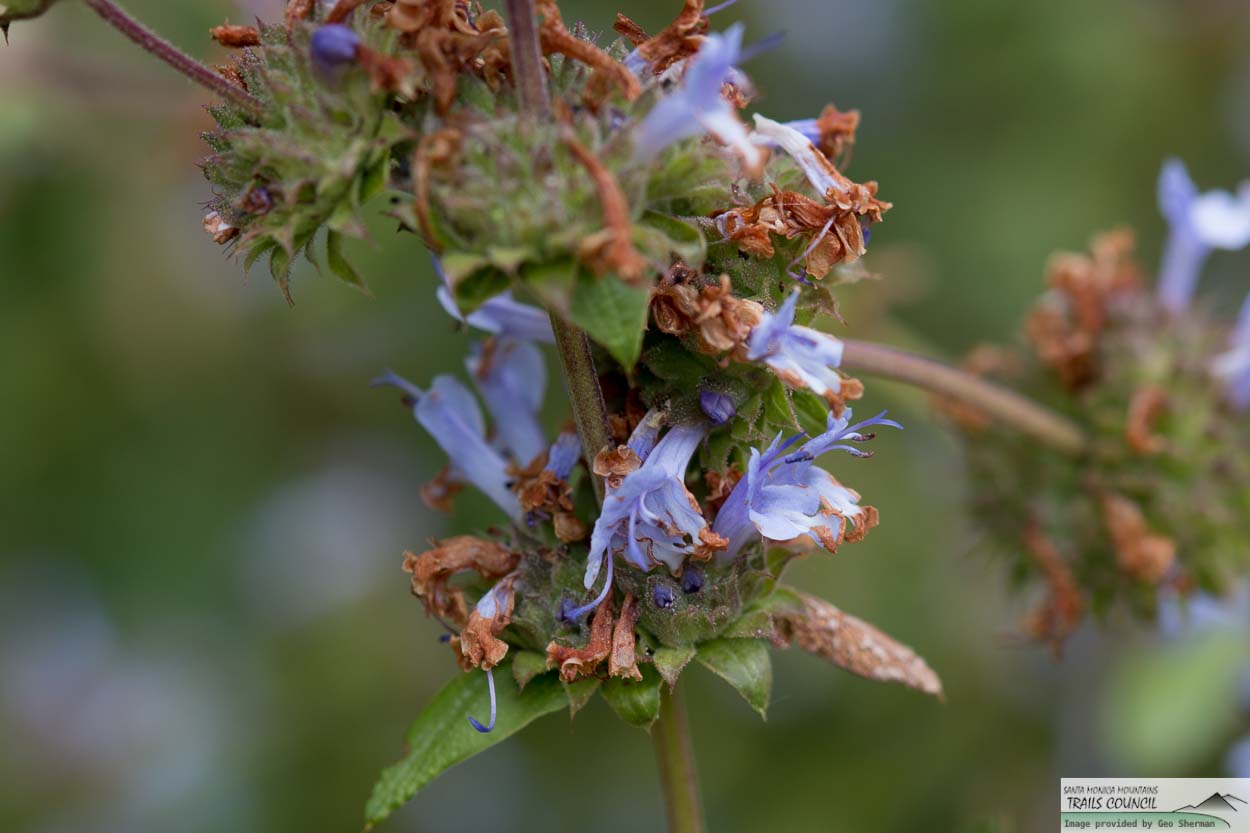 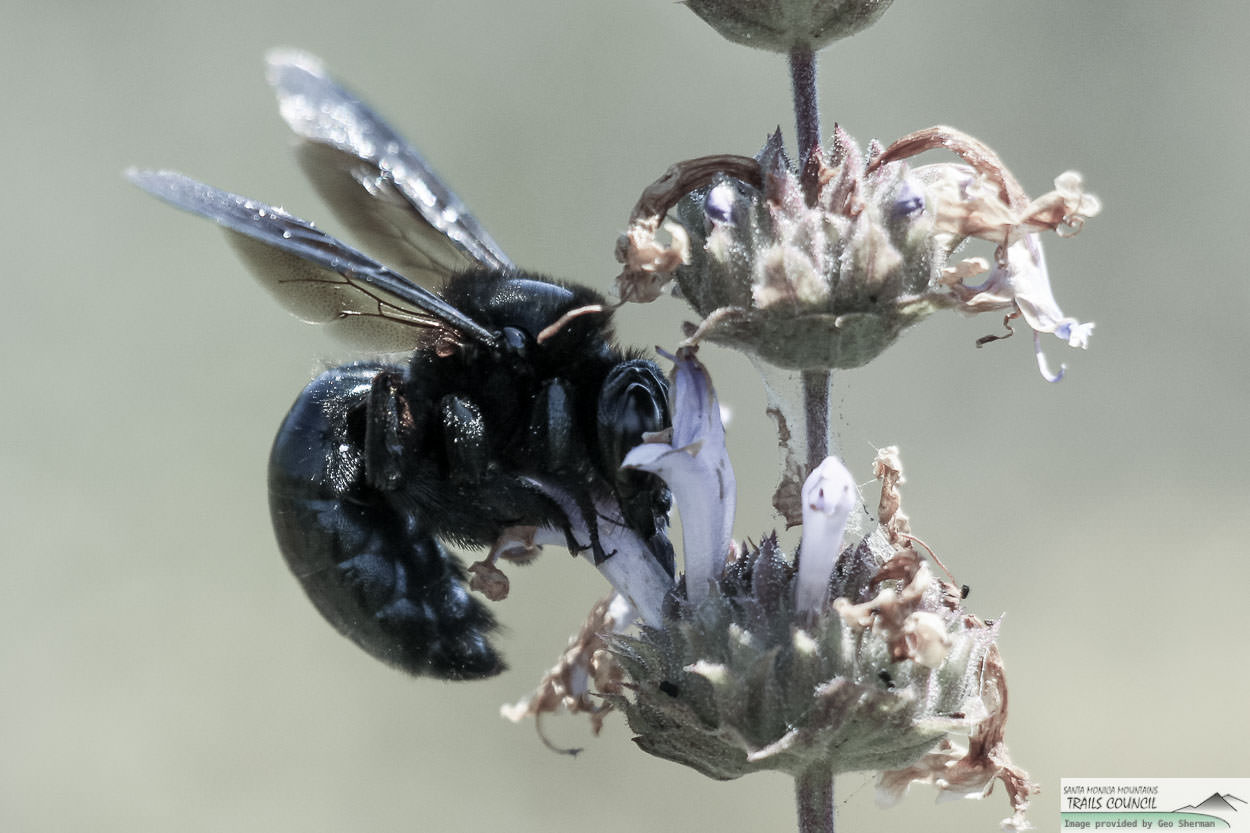 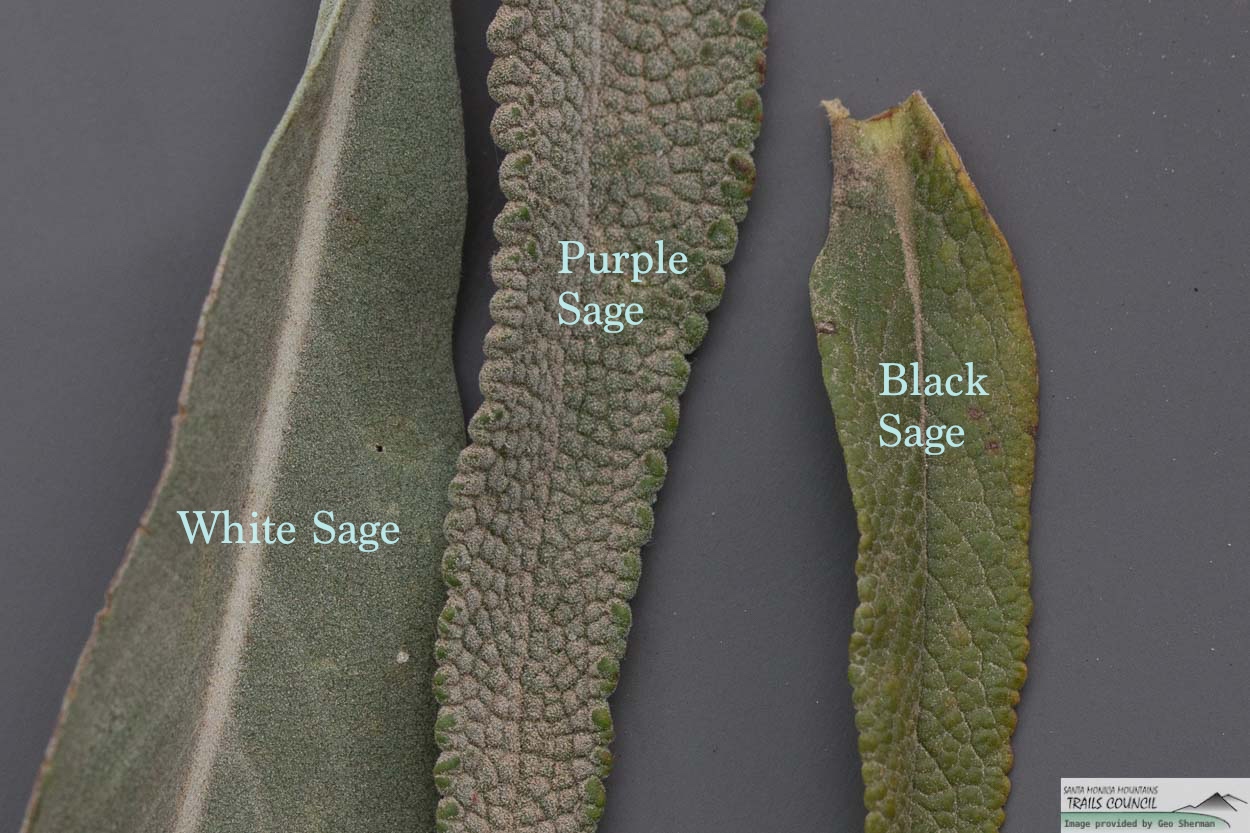 We are fortunate to have several species of Sage in our local mountains: White Sage, Purple Sage, Black Sage, Chia and Hummingbird Sage. These plants belong to the Mint family and had many uses for the native peoples of California.

A common trait of most Salvias is that they have opposite leaves with round stems that start out square and the flower is a colorful corolla having two lips of unequal length. The Black Sage shares several of these traits and has a two-lipped calyx (the part of the plant that holds the Corolla). A frequent companion of Black Sage is Sagebrush. The more well-known Sagebrush (Artemisia californica) is not related to this group of plants and is instead a member of the Aster family. What Sagebrush and the Sages have in common is pleasant fragrance produced by the plants. On occasion, many of these plants can be found next to each other although the plants tend to self-segregate by the amount of annual precipitation required and a preference for northern or southern exposure.

Black sage - Salvia mellifera- is the sage plant you are most likely to see along the trails in our local mountains. Considered a keystone species because quite a variety of birds, bees, butterflies, insects and animals depend on this plant for nourishment and habitat. Removing this plant from an area would leave a hole that existing flora could not fill. Black Sage is well adapted to our mountains in the following ways:

Black Sage plants average three feet in height. Under ideal conditions, the plant can reach six feet in height and 10 feet in width. The plant's dark green leaves with raised texture look like an aerial image of trees and streams when viewed through a hand lens. The leaves vary from one to three inches long and are slightly crenated (a precise word describing the leaf margins - I have included a close-up picture of the leaves). The upper surface is considered to be glabrous (lacking hairs), while the lower surface of the leaf is hairy. Part of this plant's ability to adapt to the environment is that it can be semi-deciduous. The plant produces larger leaves on the root stalks after the winter rains which are dropped by the time summer heat rolls around. Smaller leafs, that are typically retained throughout the year, develop in the axils (between stalk and stem). In low water years, the leaves will curl up instead of dropping. The color of the plant appears dark during dry years - which may be why it is called Black Sage. Brush up against Black Sage, and you find that this plant transfers its scent you and your clothing. Black Sage hybridizes with three other Salvias: Salvia apiana (white sage), Salvia leucophylla, and Salvia clevelandii which can make identification more challenging!

Black Sage has light purple flowers that range from white to blue, bi-colored filaments (white fading to purple at the tip) and four Stamens (two sterile and two functioning) protrude from the flowers. The arrangement of flowers is a condensed cyme with several verticils (the ball or clustered arrangement of flowers around the stalk aka whorl). After careful observation, I realized that the Black Sage flowers grow on stalks that branch - compared to Purple Sage which clearly does not branch. The precise language of Botany helps distinguish the differences!

Under ideal growing conditions (non-drought years) a peppery honey can be made from the nectar of this plant. Black Sage is considered "short lived" but some plants will reach 30 years of age. Able to expand its reach by sexual (flowers) and vegetative (roots containing cells to create a new plant - adventitious roots) methods allows this plant to expand its footprint. Spend a few moments observing this plant, immersing yourself into this world within a world. You are likely to see more insects, bees, and butterflies around these sage plants than on any other plants.

Fire Response: Black sage sprouts from dormant buds on the root crown following low severity fires. It is also establishes abundant seedlings from soil-stored seed. As a result, black sage is able to rapidly reoccupy recent burns within coastal sage scrub and chaparral communities. Things change if the fire burns hotter - higher temperature fires can kill or damage the root crown leaving the ability to sprout from seed as the primary method of recovery after a fire.

Name Origin: Salvia: from the Latin salveo, "I am well," Mellifera: honey bearing