Plant of the Month - Bladderpod 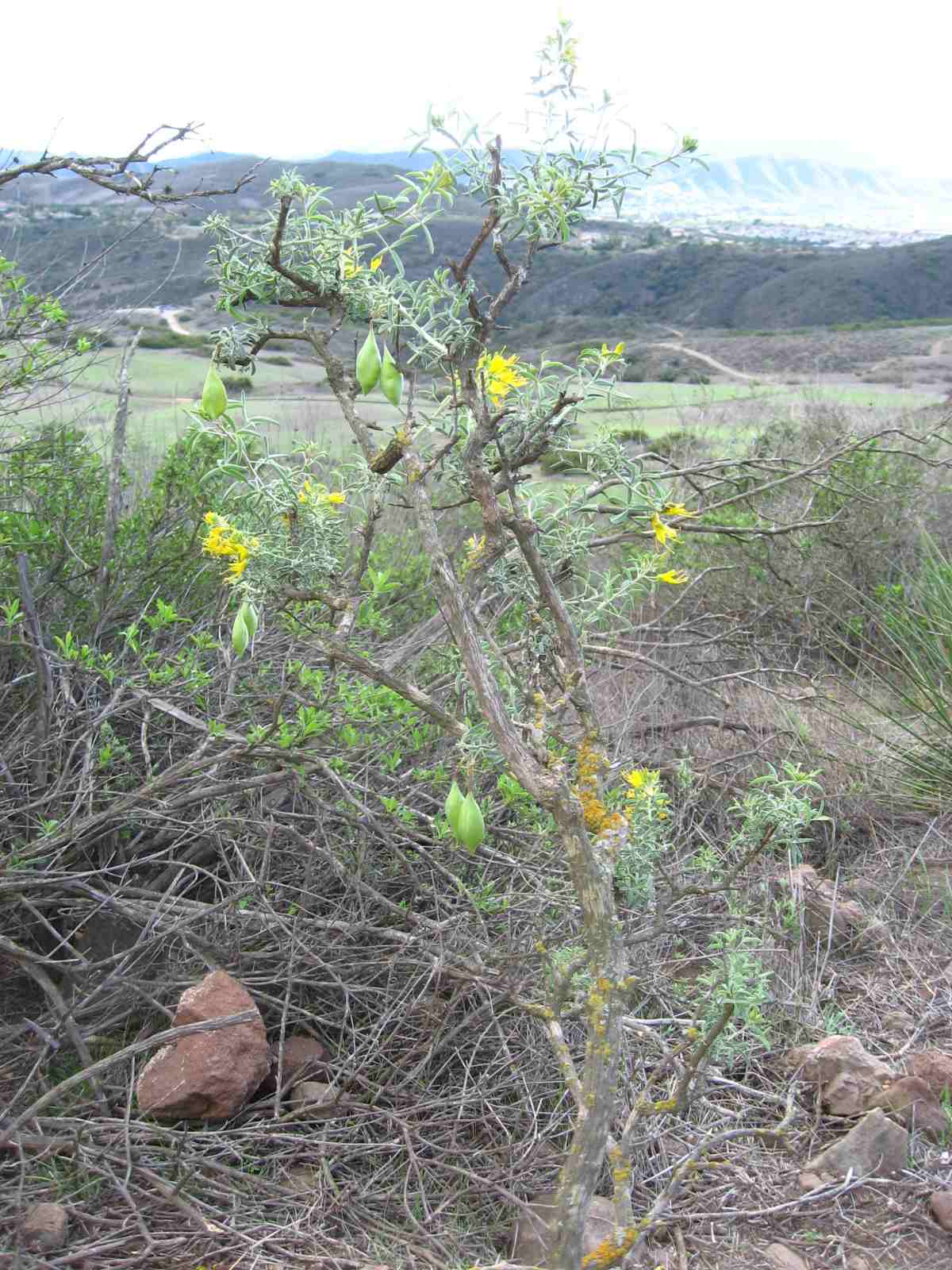 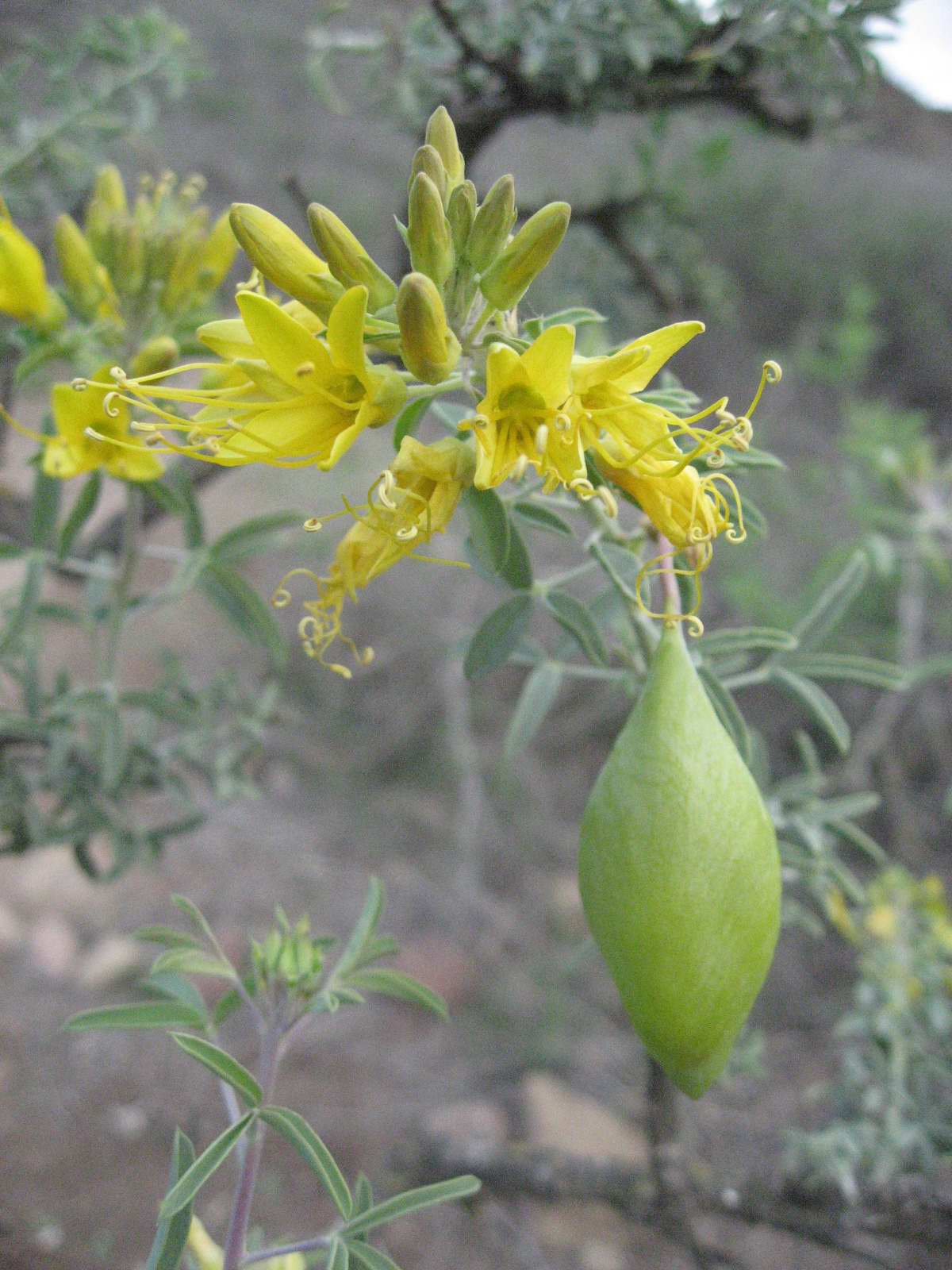 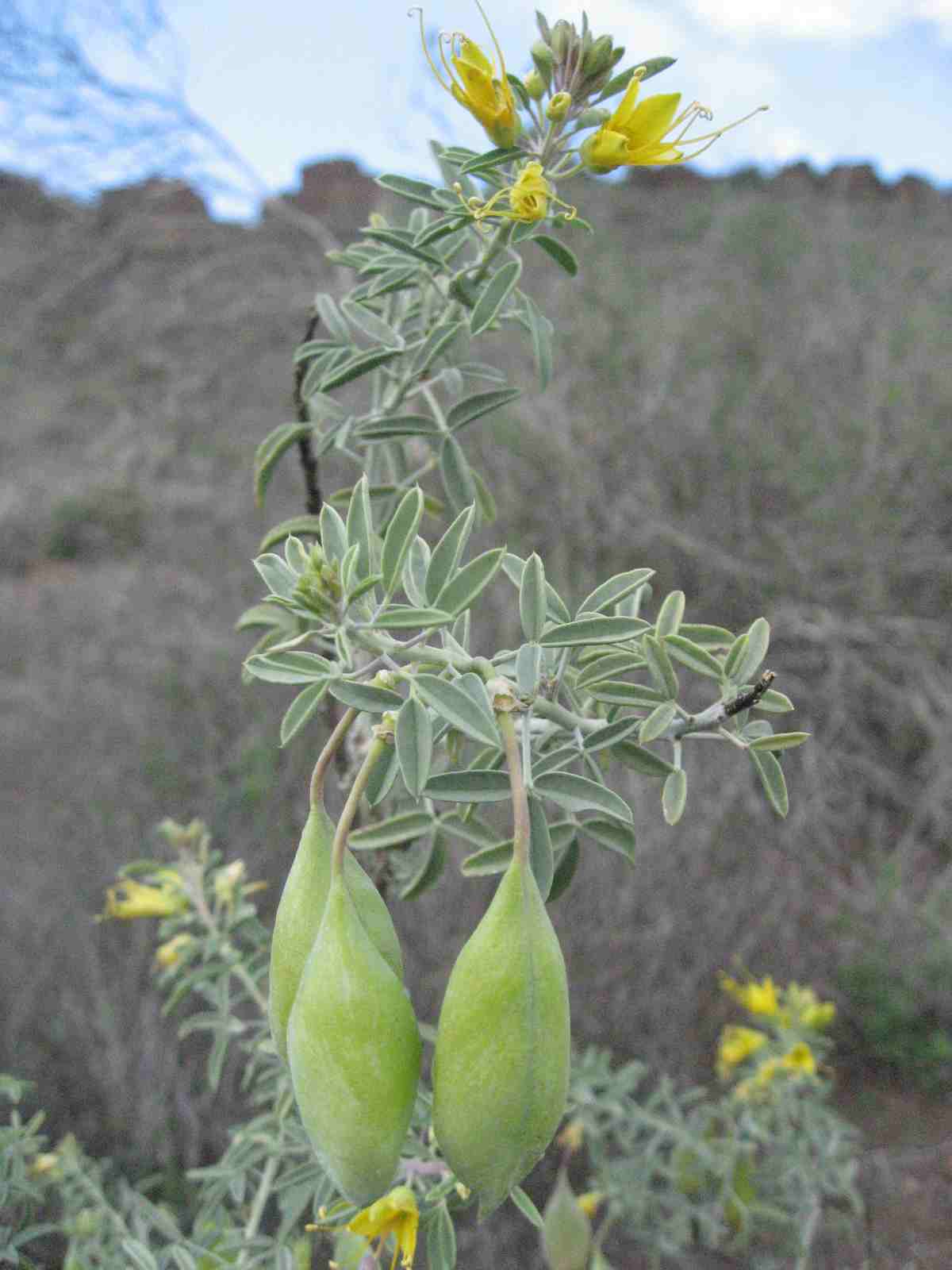 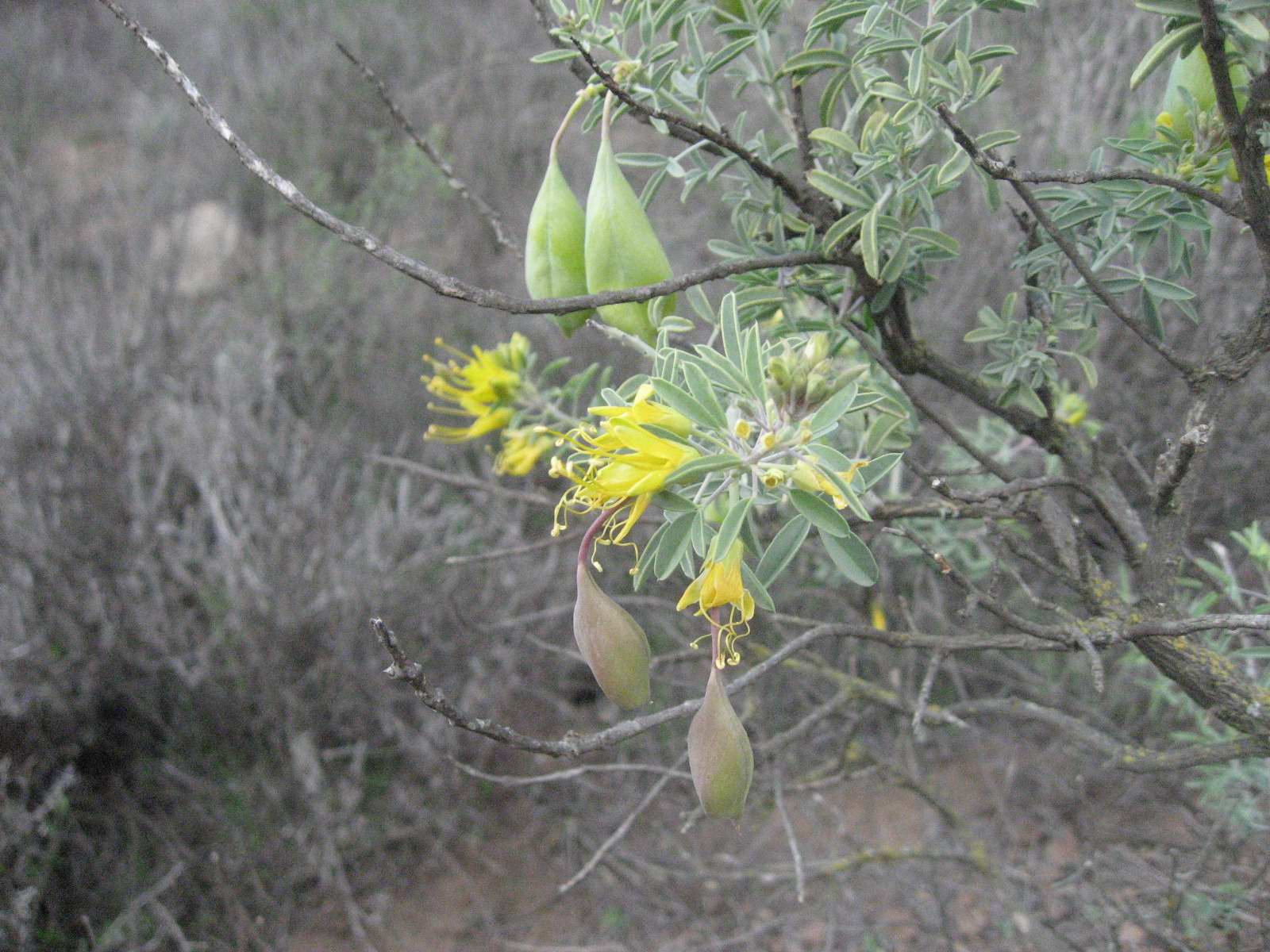 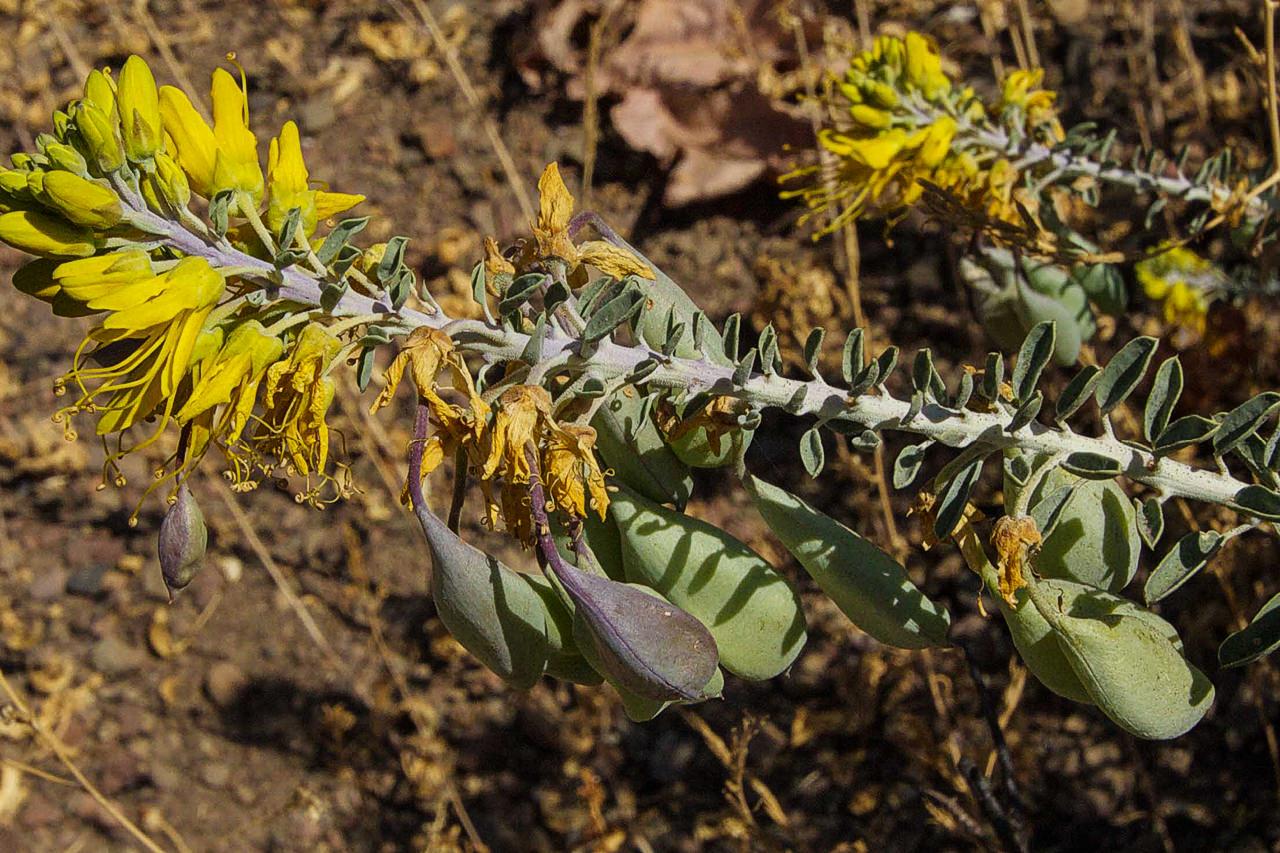 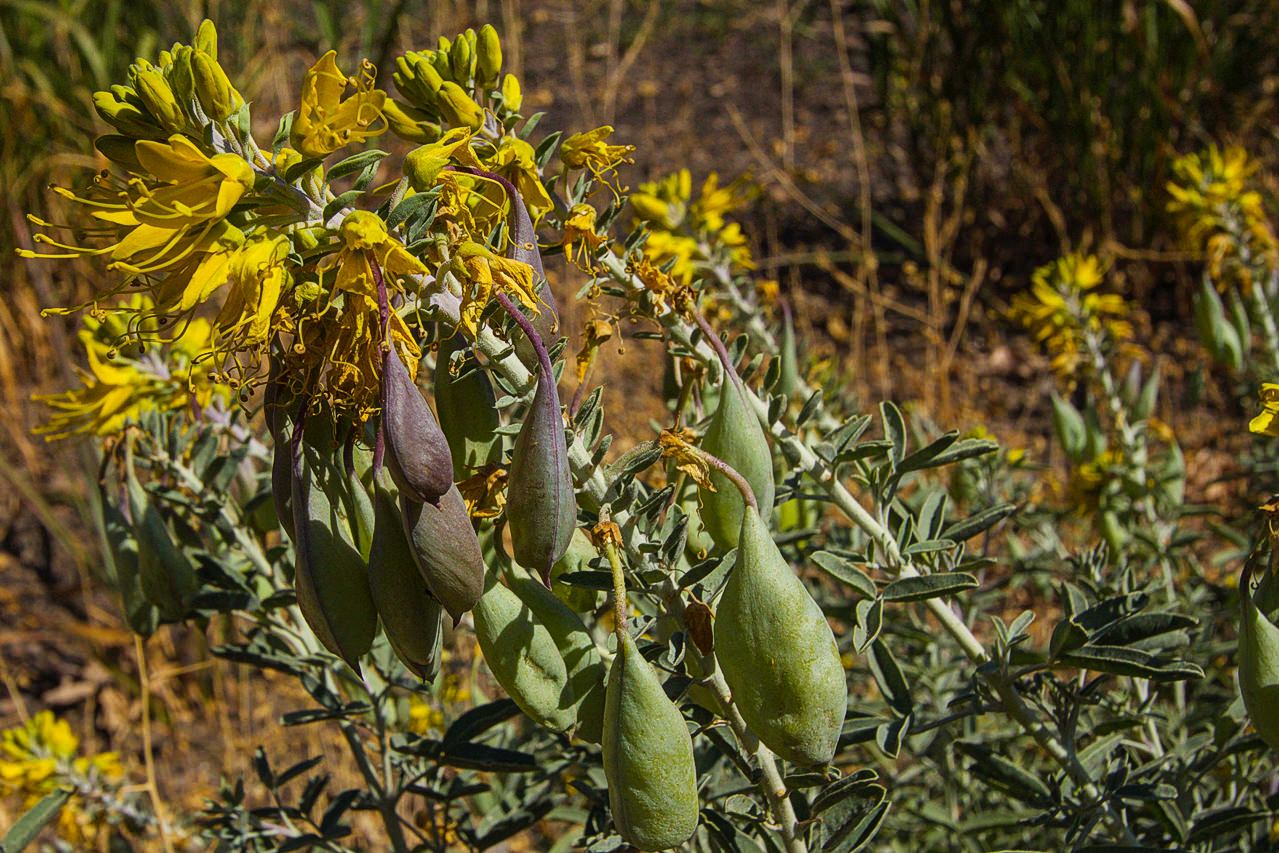 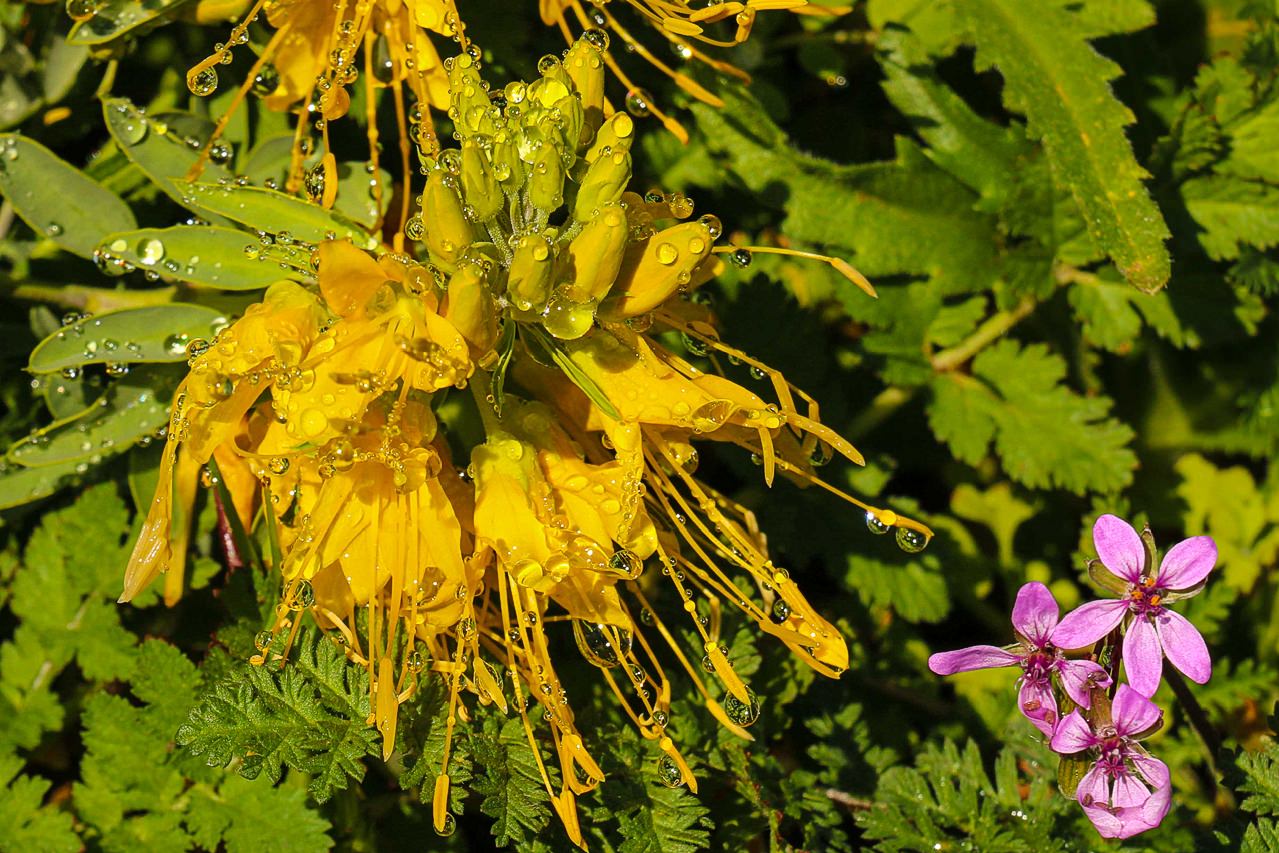 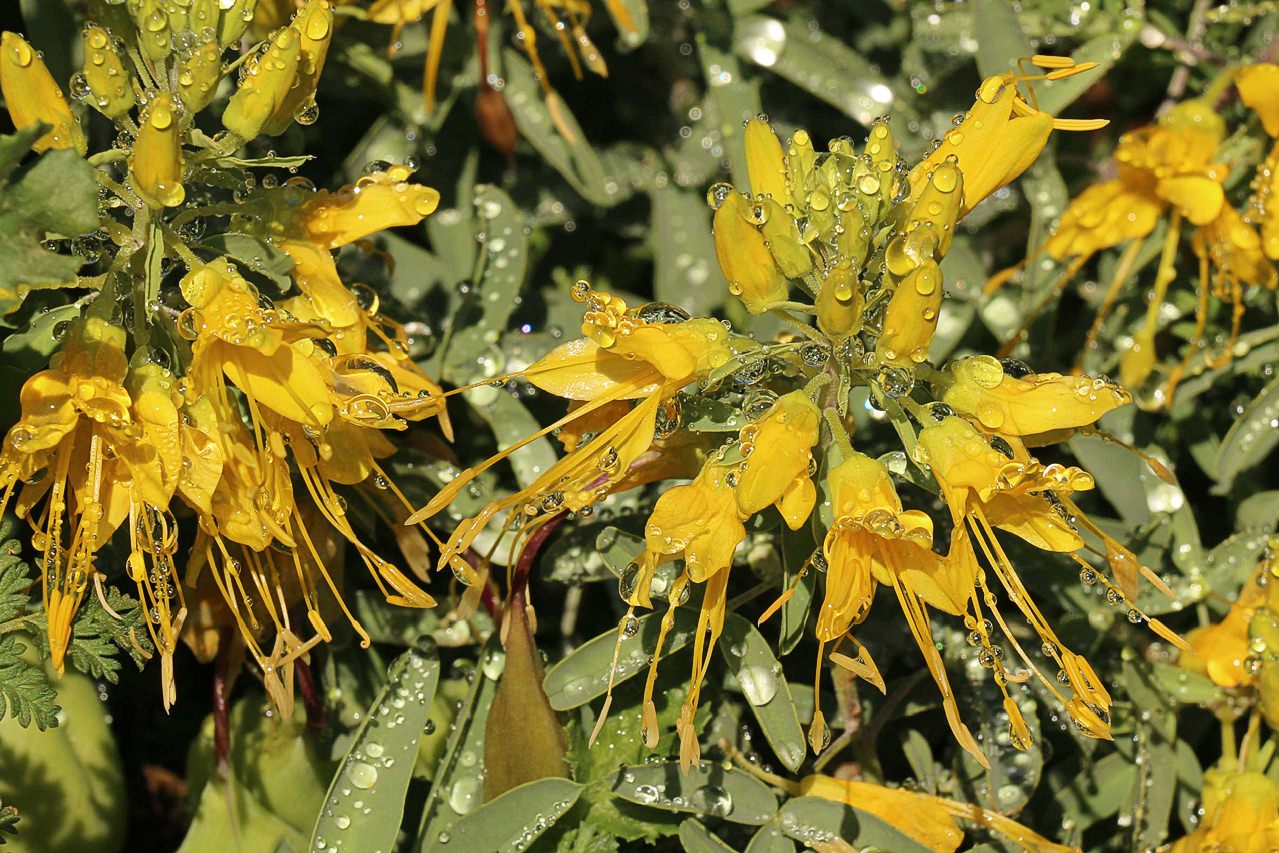 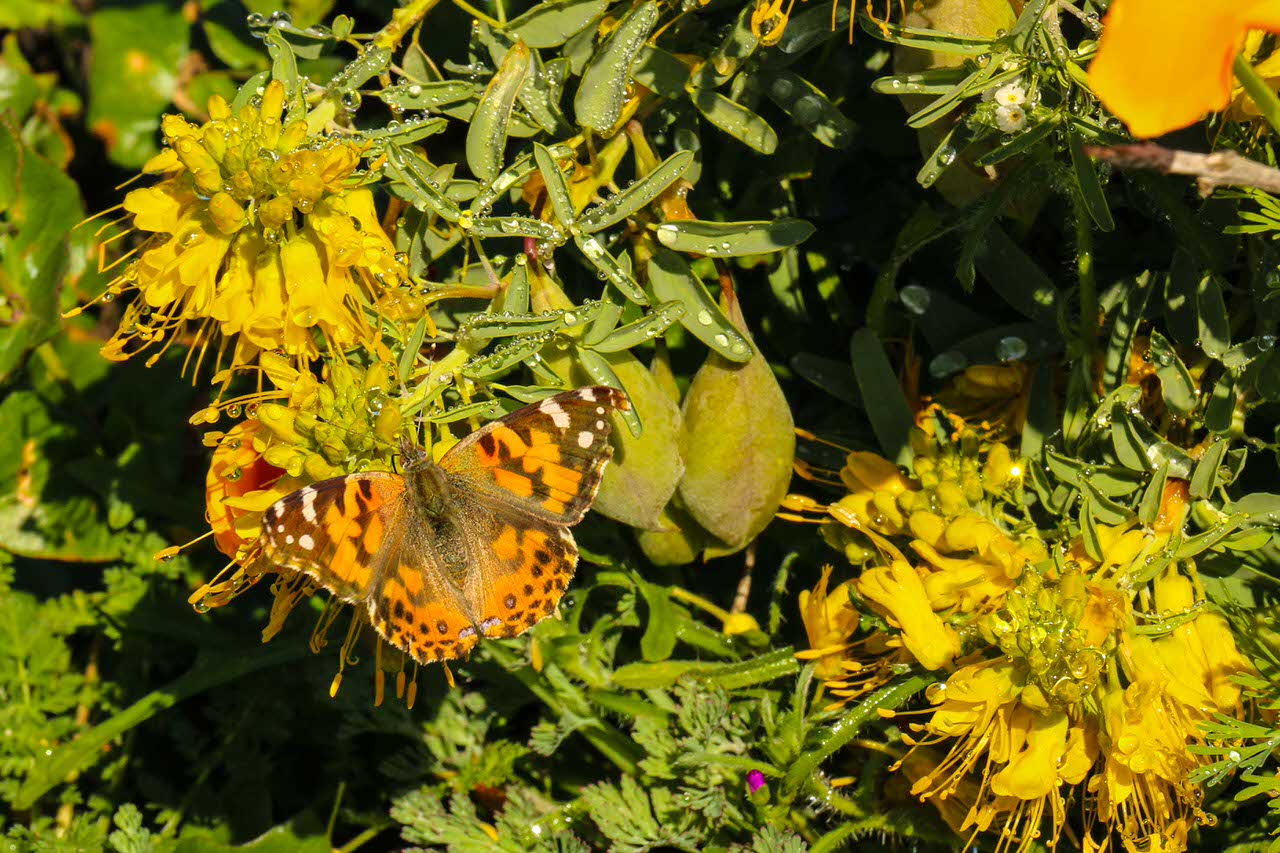 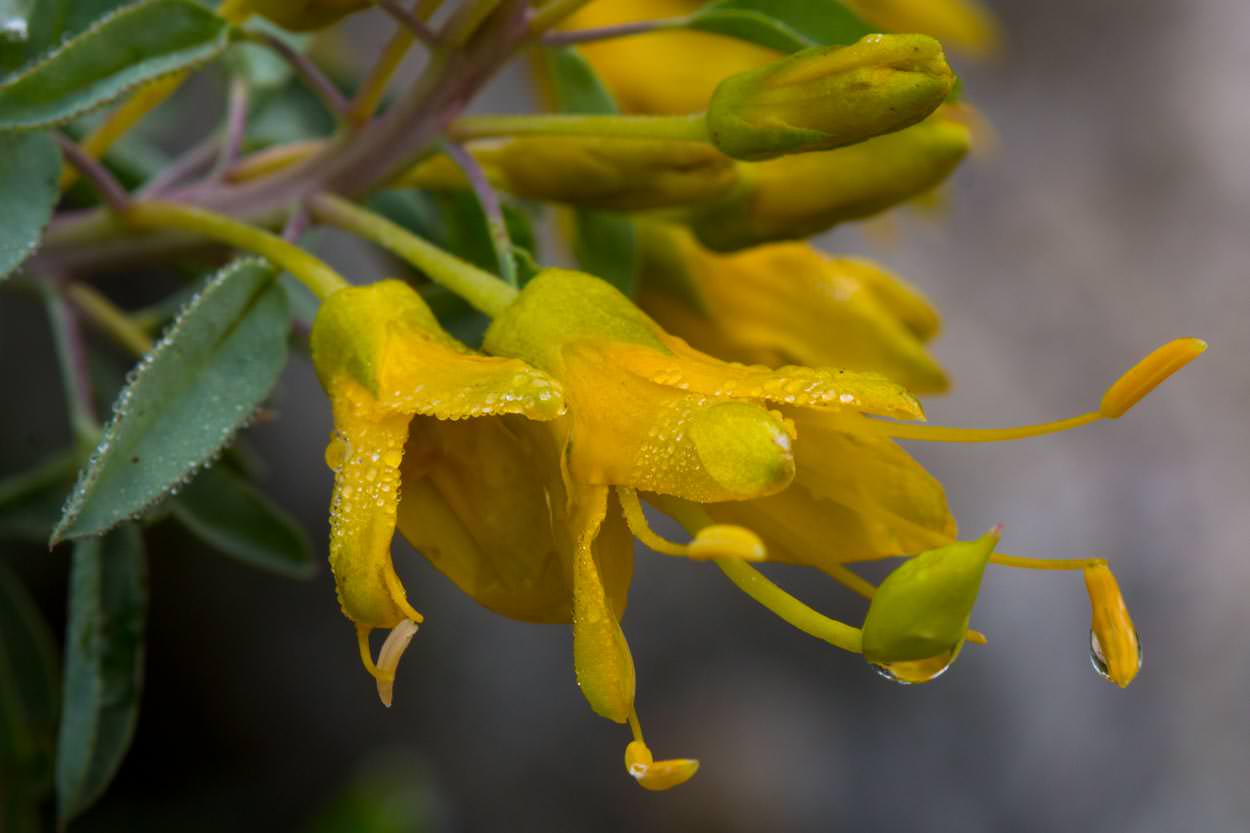 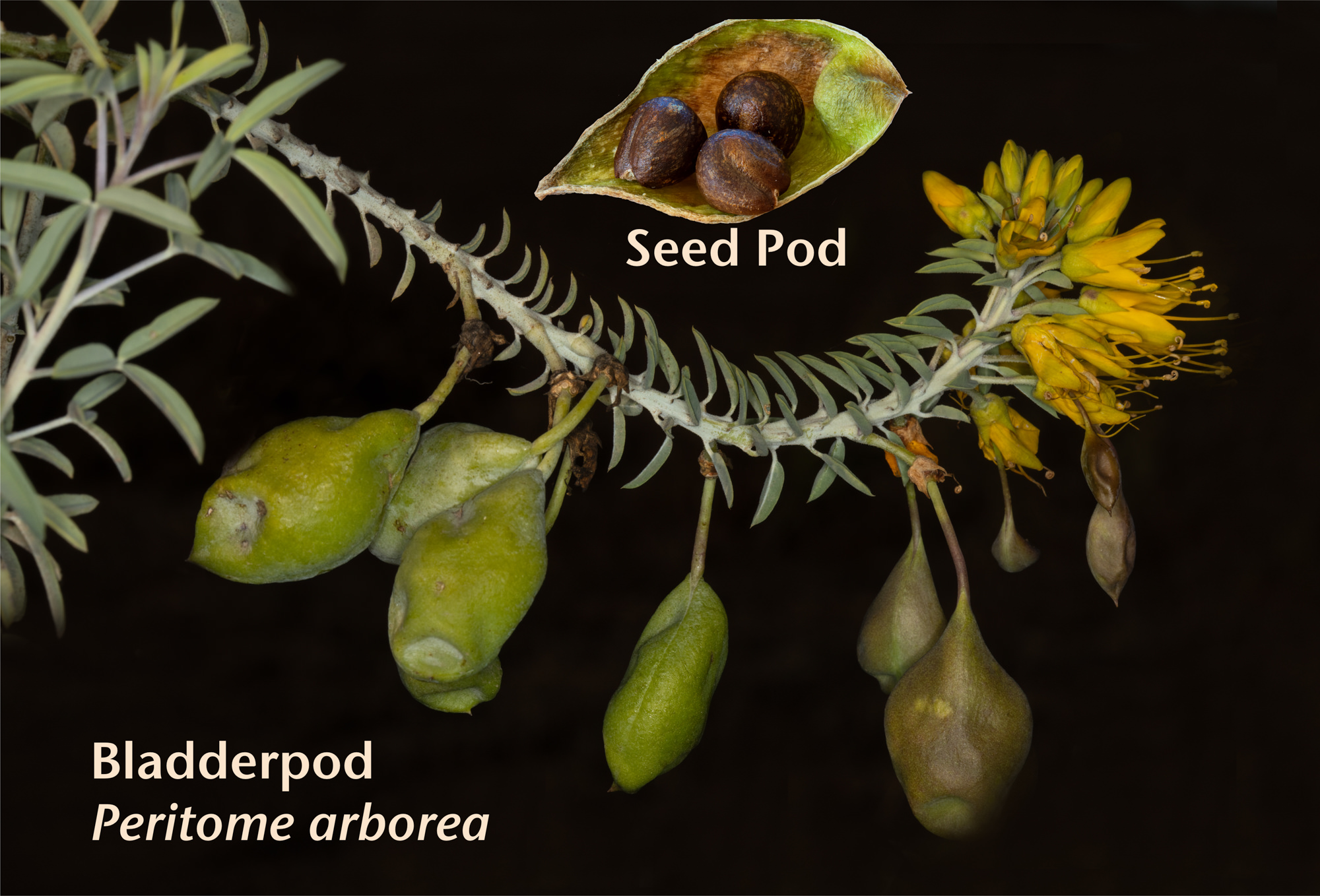 Bladderpod is one of the few plants in our mountains that blooms nearly year-round. Its bright yellow showy flowers are about a half-inch to an inch in diameter, with 4 petals and 6 stamens. The flowers are attractive to hummingbirds, bees and butterflies, and the plant also provides some shelter for various birds and insects. The distinctive seedpod for which the plant is named is up to 2 inches long with a swollen, drooping appearance and pointed tip. The pod is about the same blue-green color as the leaves at first but as it ages it becomes more tanned and sometimes a bit transparent. Bladderpod's narrow leaves are oblong with pointed tips, about half an inch to an inch long and form in leaflets of 3. The stems are woody. The plant has a pungent odor that most describe as unpleasant.

Found this plant in bloom (October) and were amazed at the number of seeds and pods distributed around the base. Another budding naturalist told me this plant was a member of the mustard family. I thought it was in the caper family. As a collector of plant guides (not that I have ever read them cover to cover), I have several books that say mustard and a couple that indicate caper. Using google, I now see this plant has been moved to the spiderflower (Cleomaceae) family. During this deep dive I found a source that this flower was not used for any purpose and then another guide that indicated the Kumeyaay people used them as a vegetable. The point of all this is - it is hard to keep abreast of so much changing knowledge!

Fire Response: This plant produces large numbers of seeds and will re-establish itself from seed after a fire. It has been suggested that Bladderpod is a fire retardant plant and will not burn over an open flame. Once established it is also very drought tolerant.

Human Uses:Link to Nature Collective - an article describing human uses of this plant and more
The flowers of bladderpod were (and are) valued by the Kumeyaay as a vegetable. Click the link to read about the process used to prepare this plant for consumption.