Plant of the Month - Blue-Eyed Grass 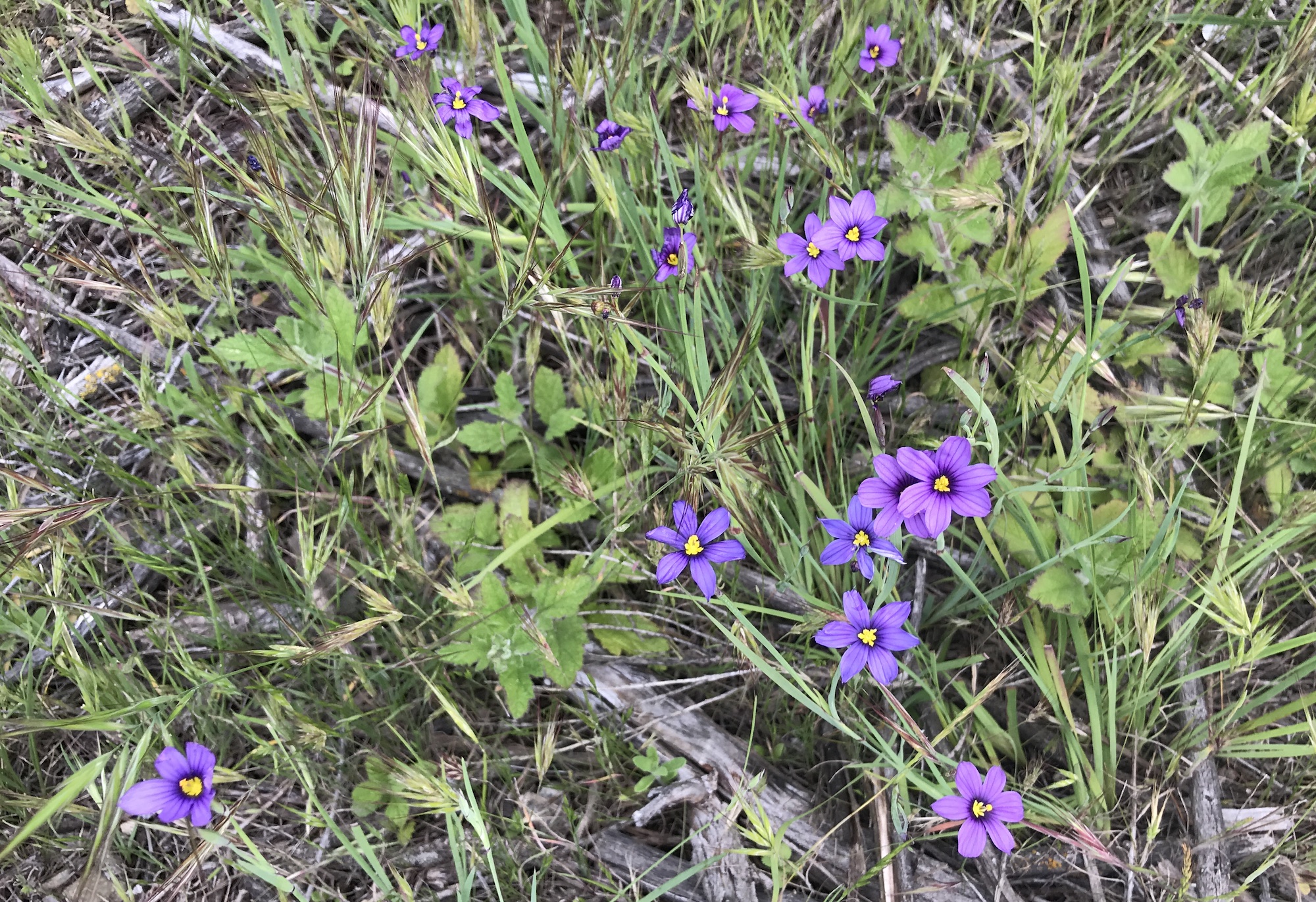 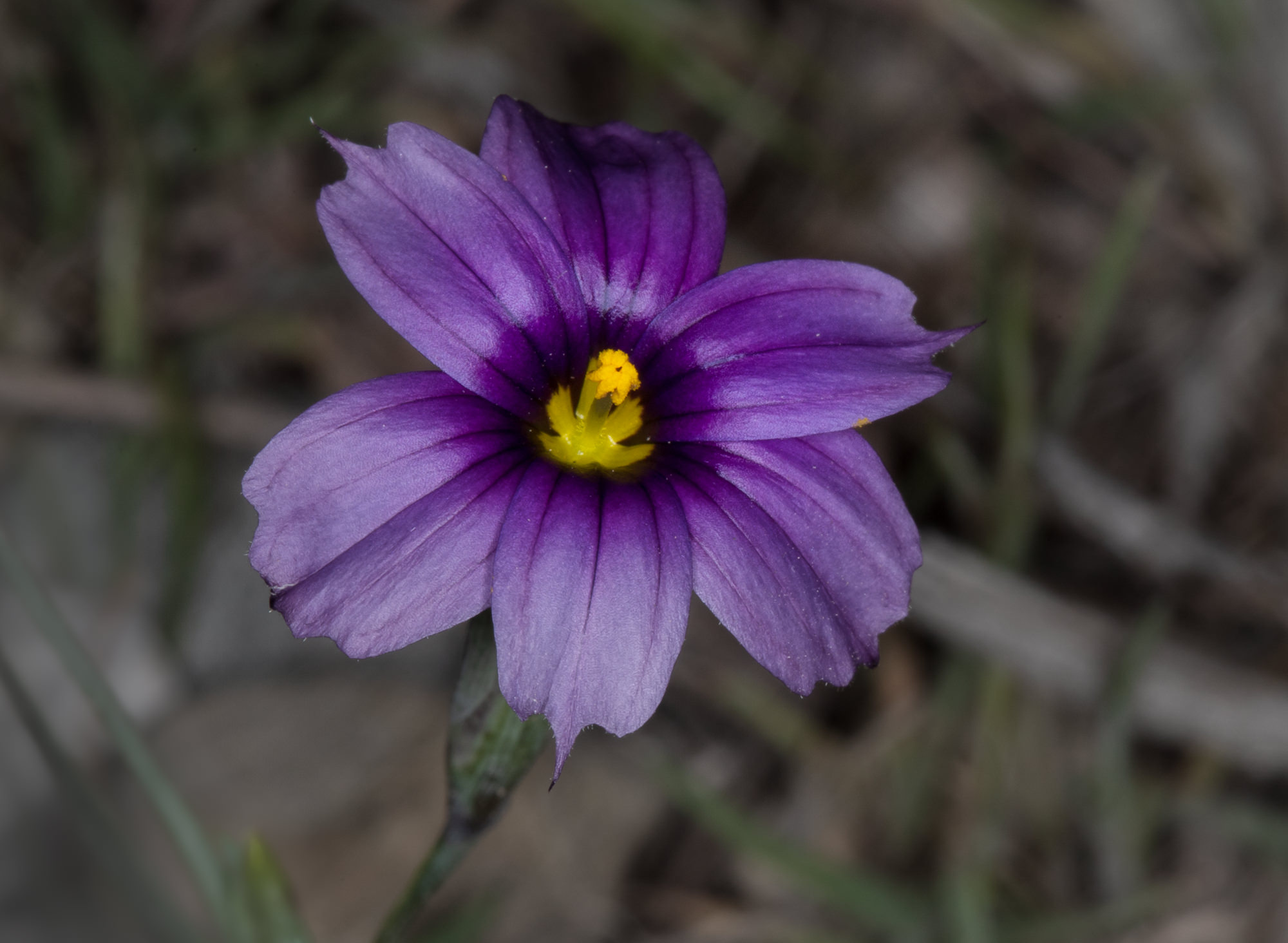 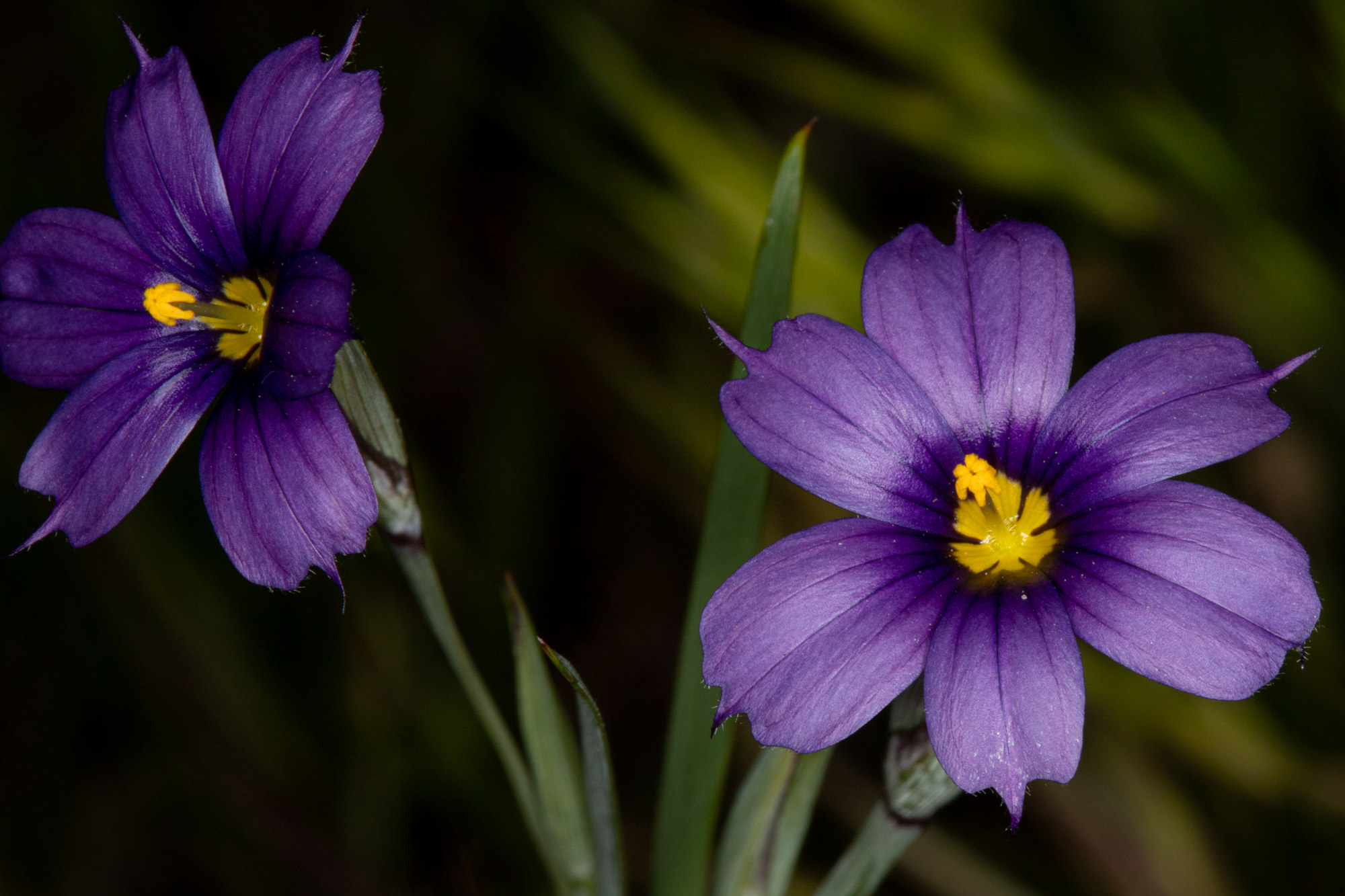 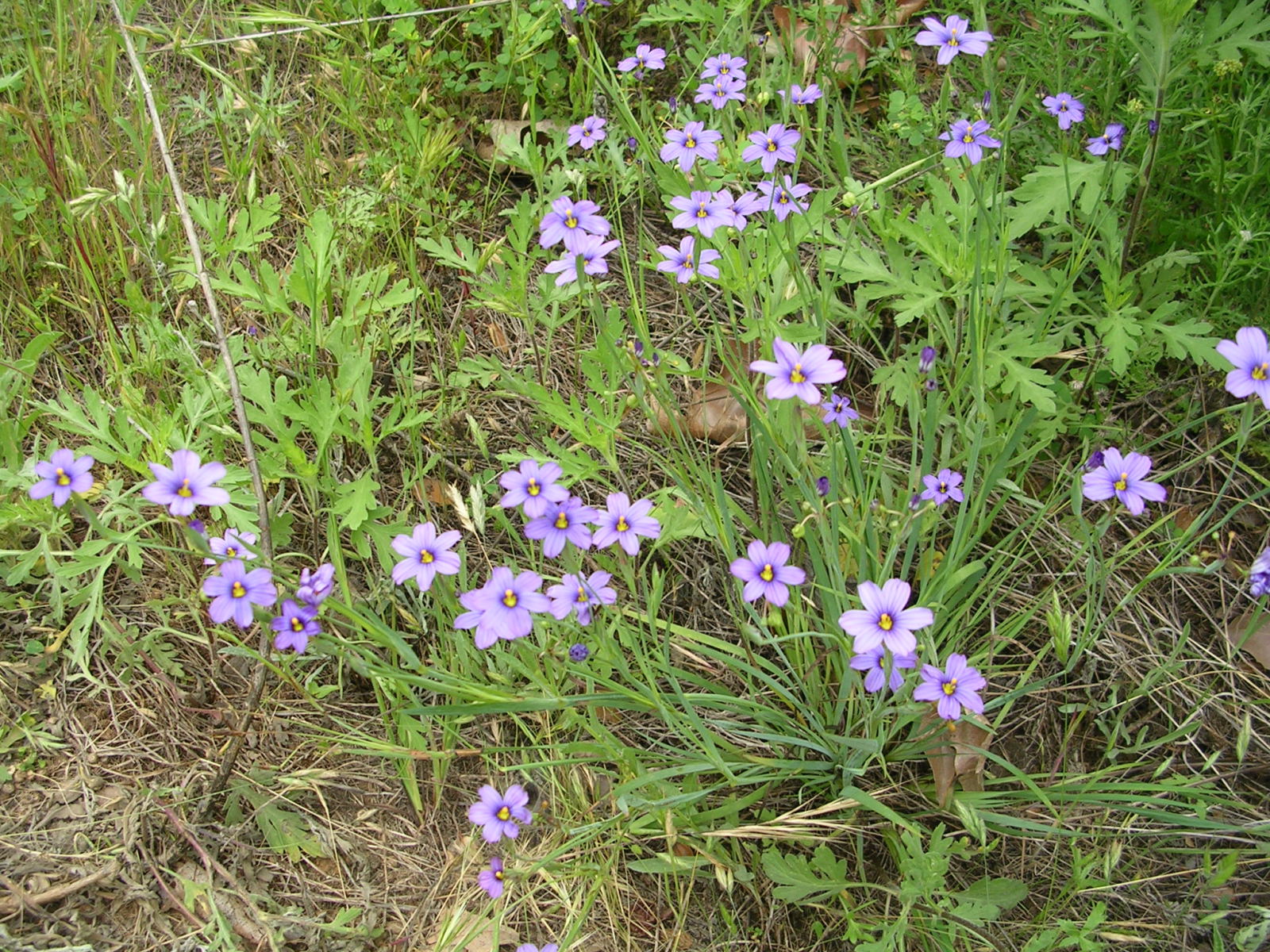 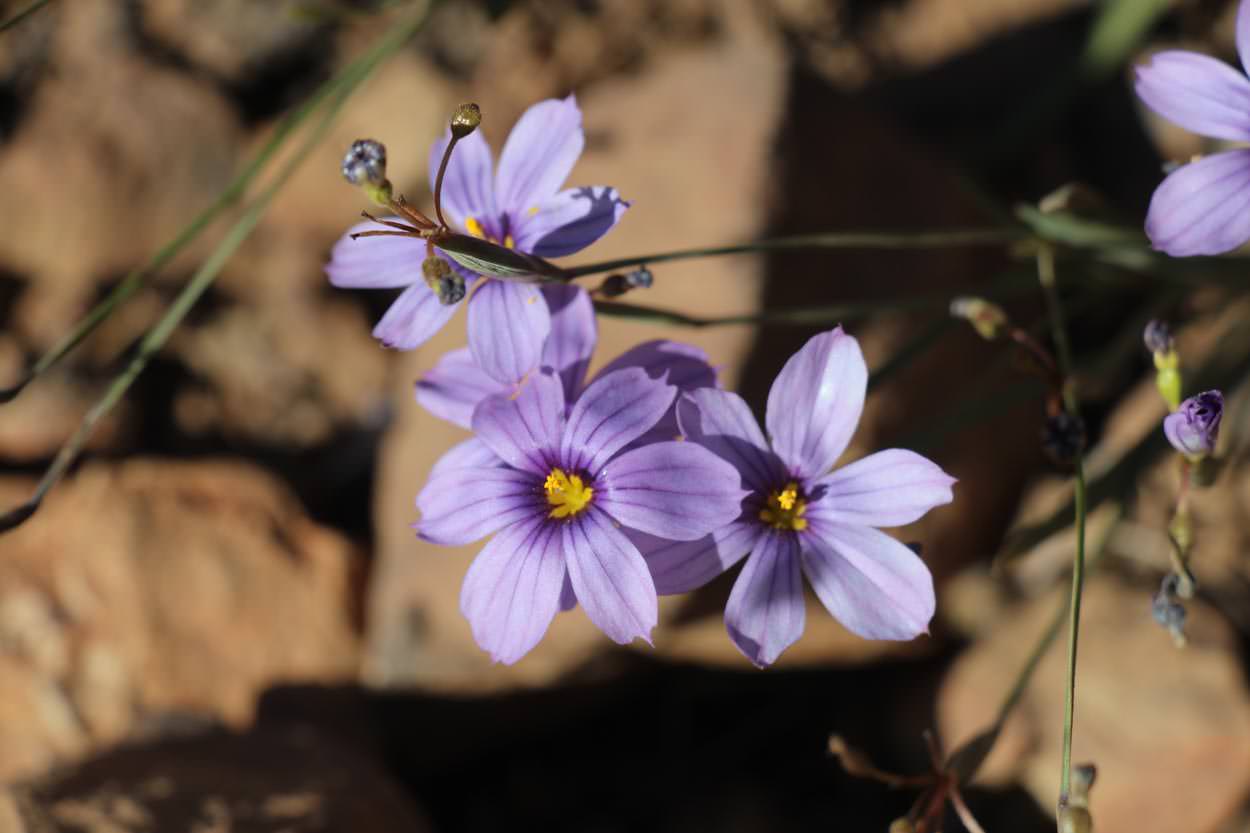 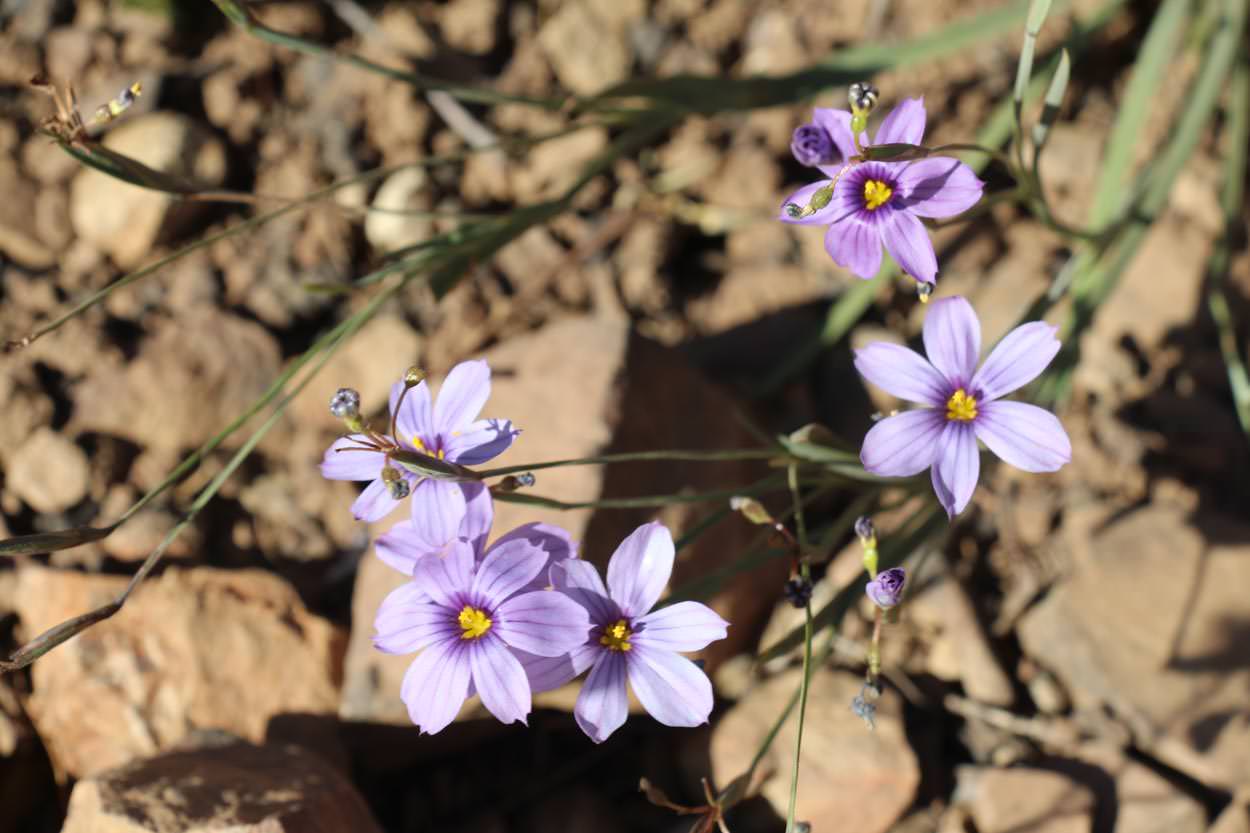 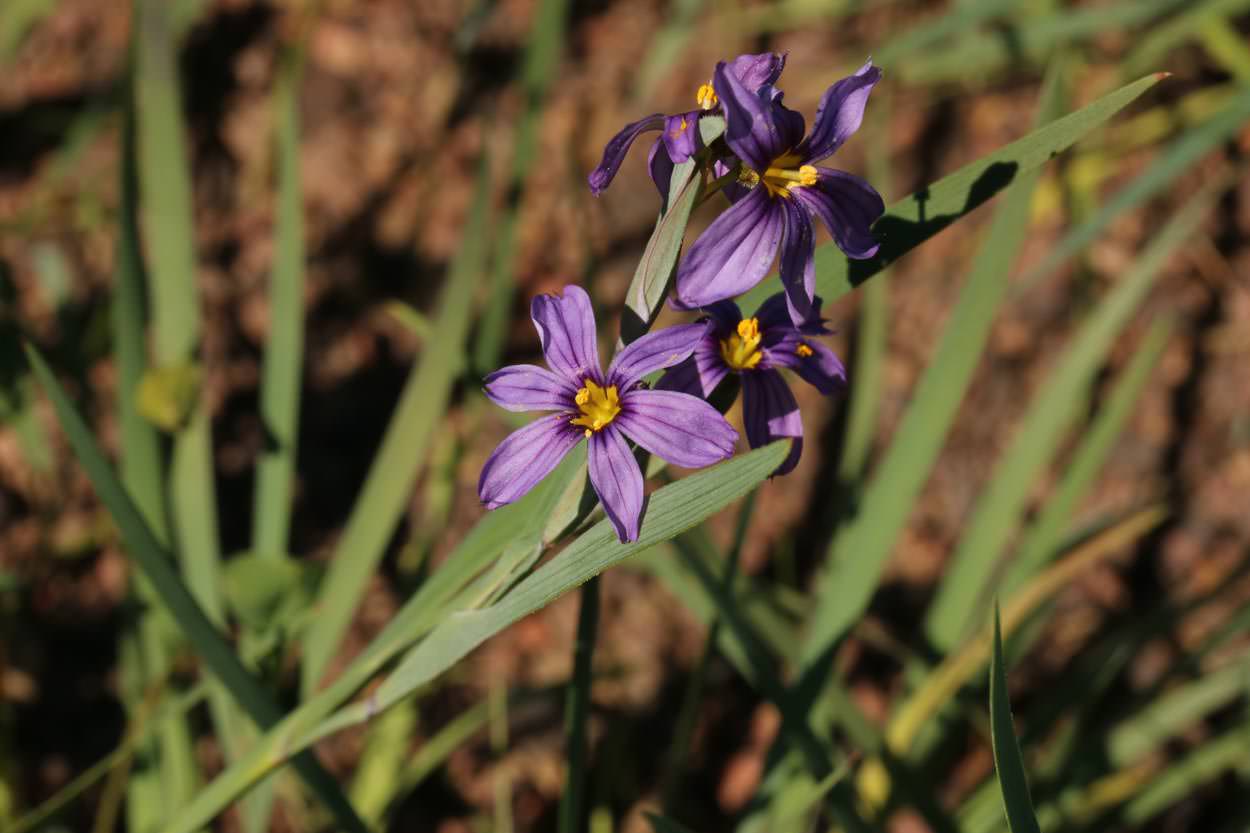 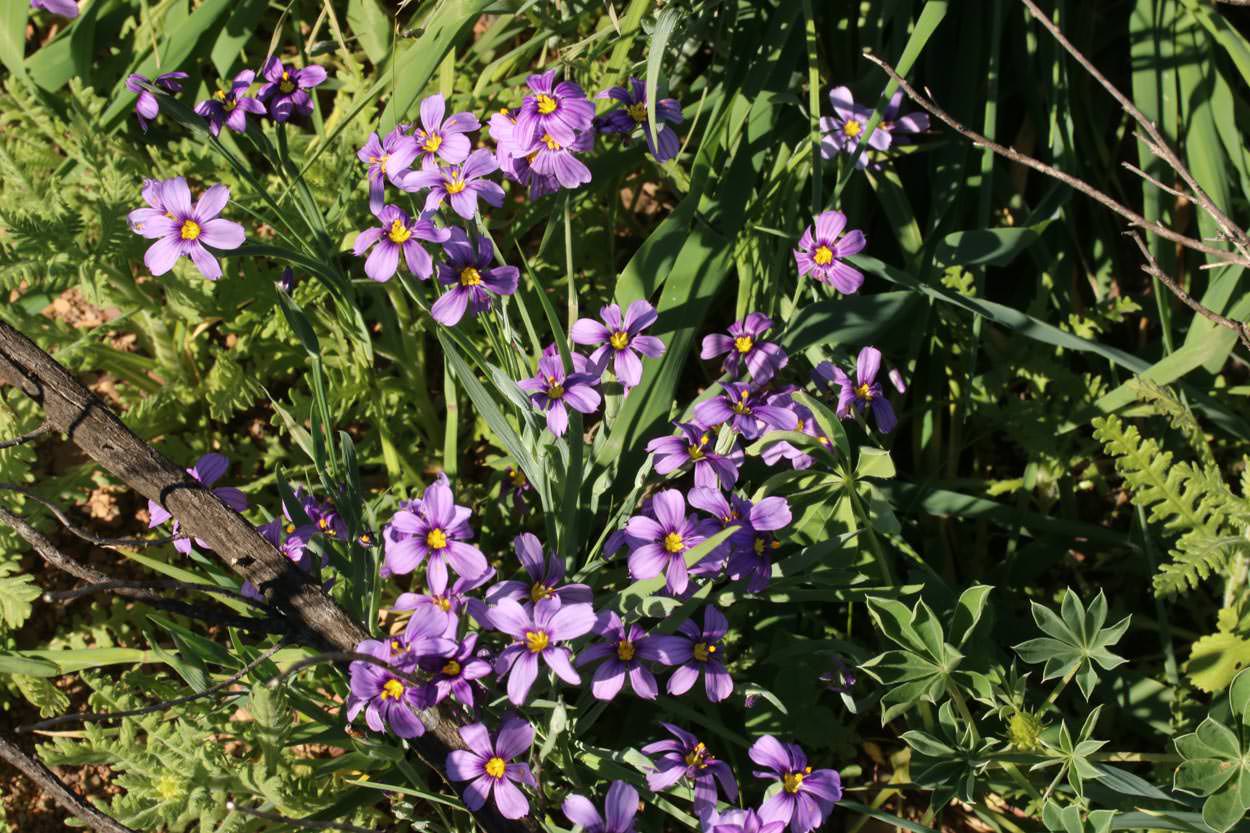 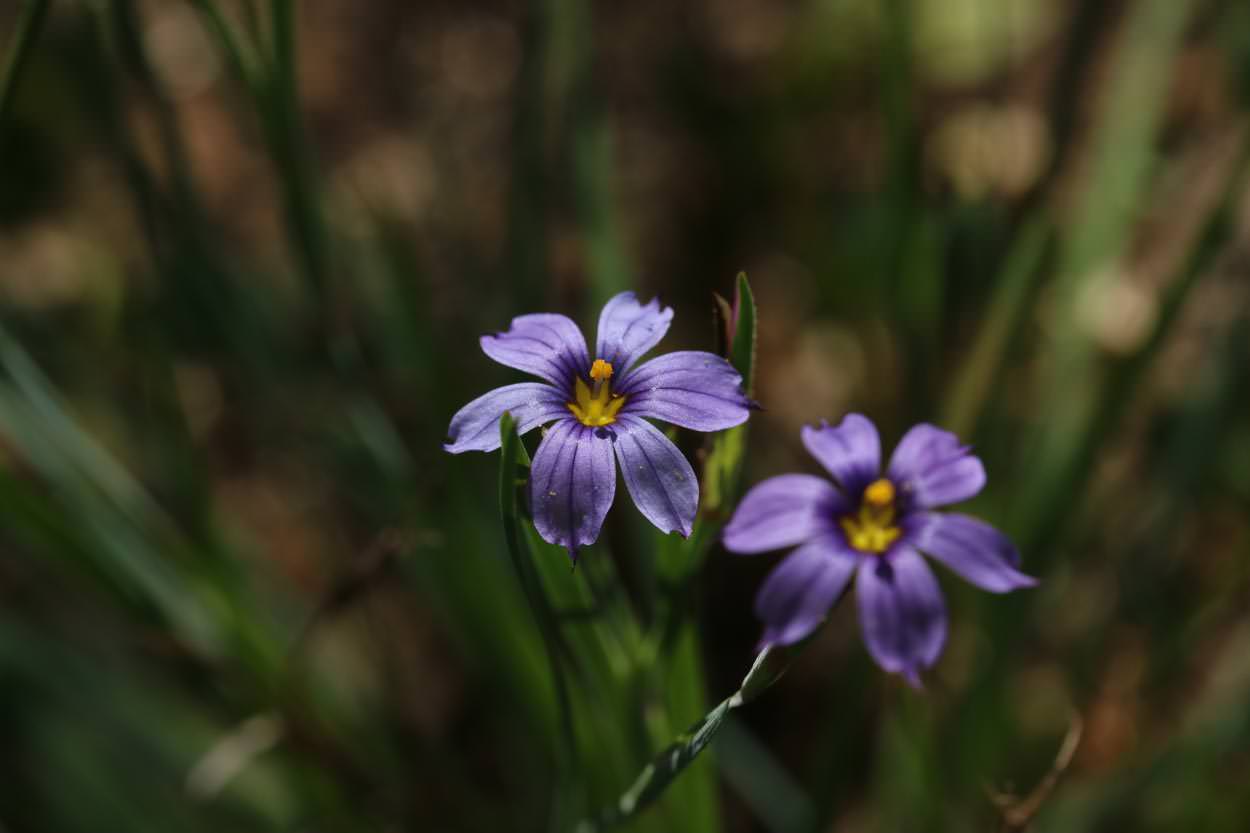 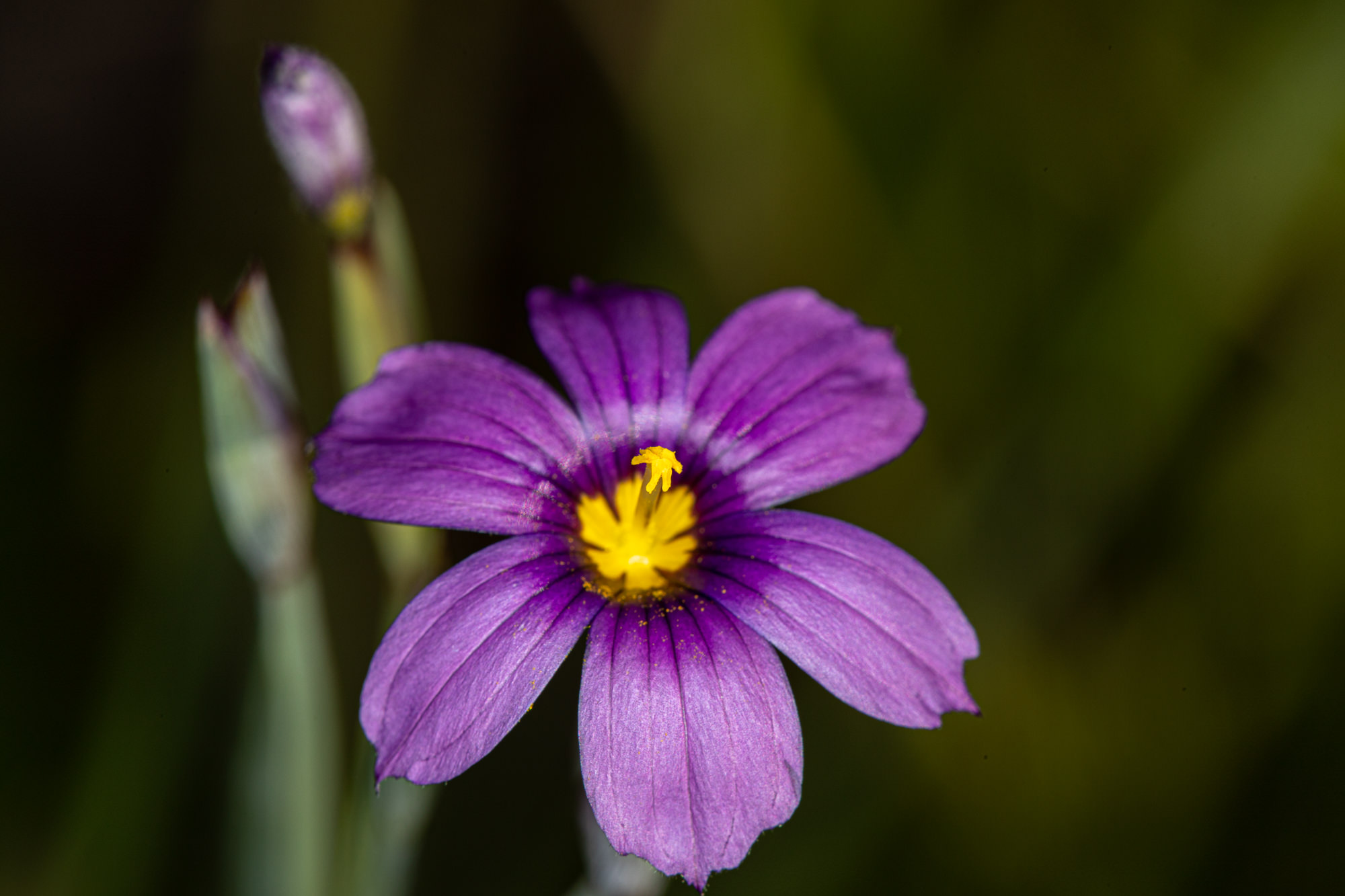 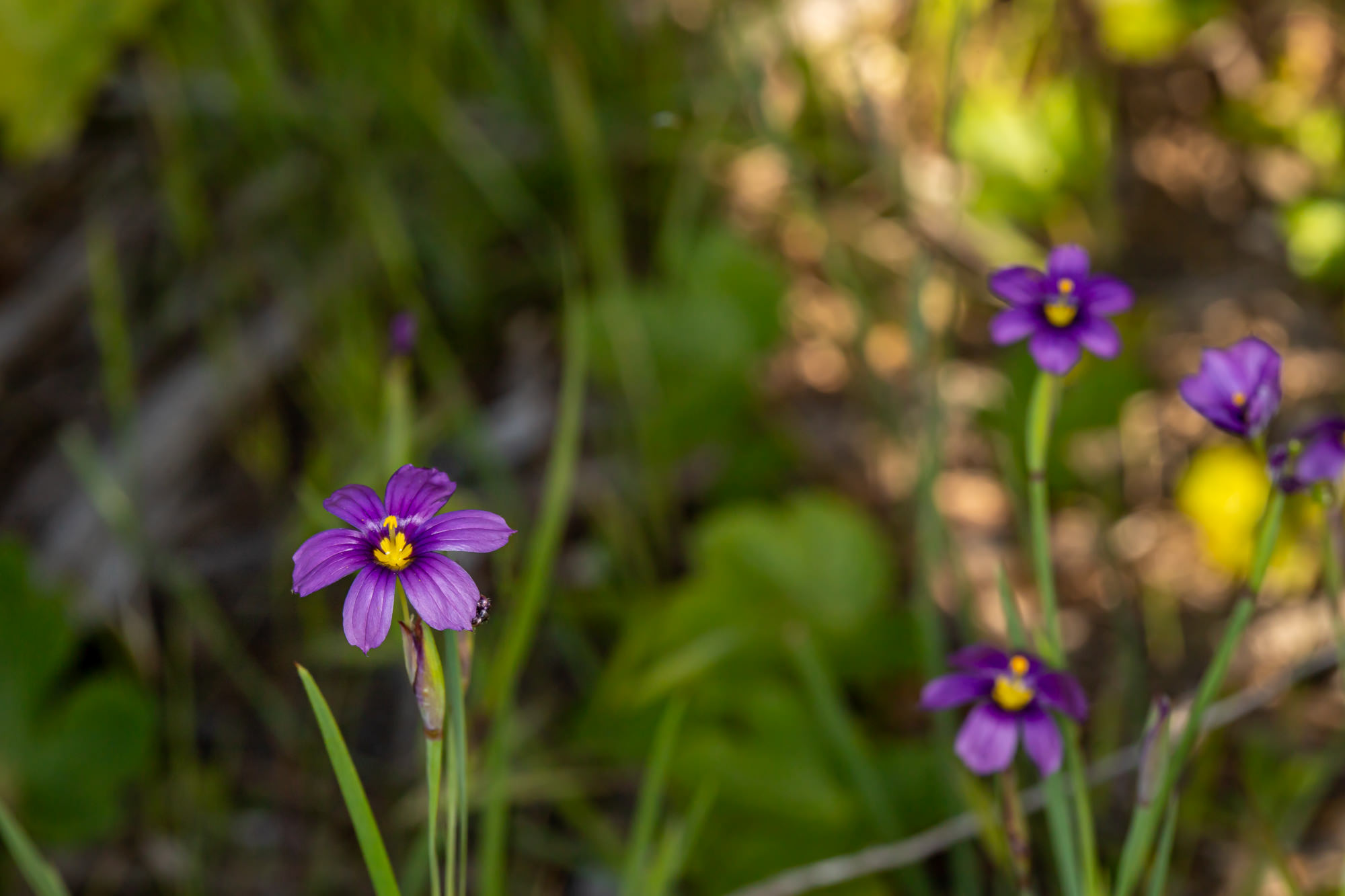 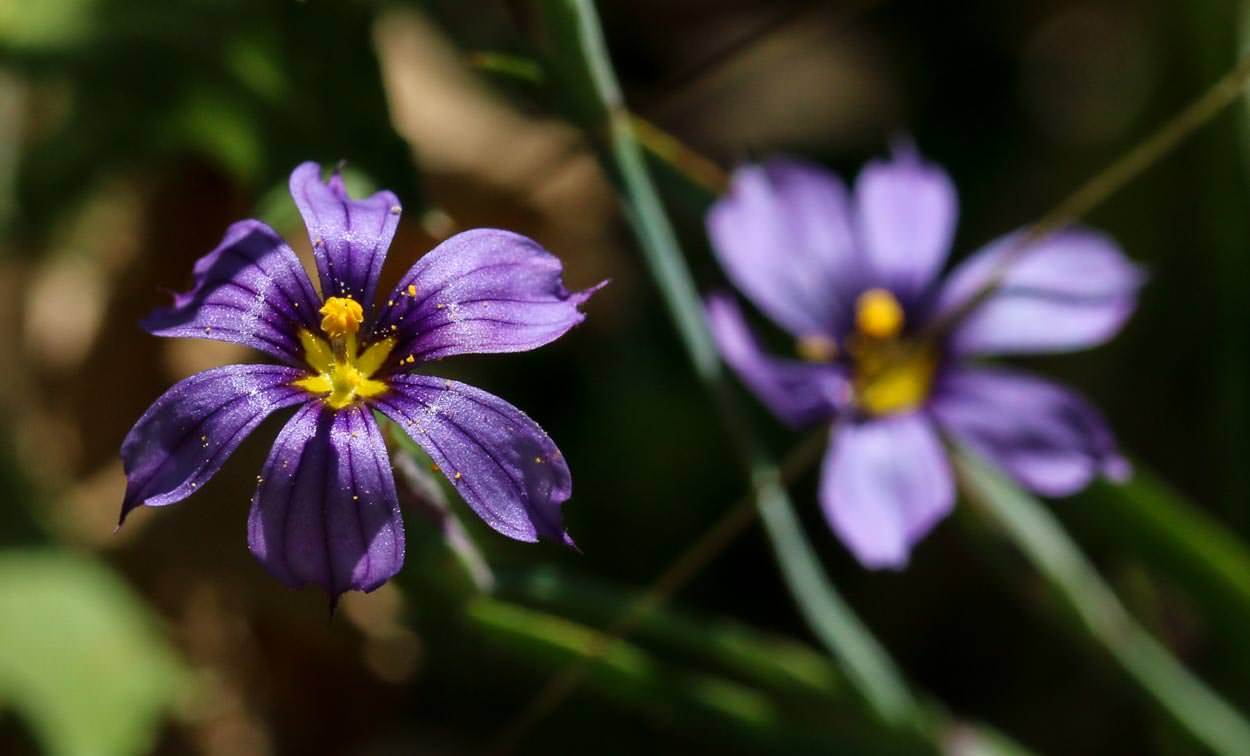 Blue-Eyed Grass is the only member of the Iris family native to the Santa Monica Mountains. Indicative of its common names, this plant has a grass-like appearance and (usually) blue flowers which bloom from February to June. The flowers form at the ends of branching stalks which are about the same height as the leaves. Each flower is up to an inch in diameter, with 3 petals and 3 sepals ranging from deep blue to light purple to white in color. The "eye" or center of the flower is yellow and is formed by the flower's stamens. Thin and grass-like, the leaves are green to blue-green in color and mostly found at the base of the plant. Underground rhizomes provide one means of propagation, with small black seeds being another. Fairly common, you are likely to find this plant growing in clumps in meadows where there is ample sunshine. It is said that the flowers close up on cloudy days, making the plant nearly impossible to find when it is growing alongside other grasses.

The genus name Sisyrinchium comes from an old Greek term that loosely means Iris-like plant. Bellum means handsome. Spanish settlers in California made a tea from the roots of the plant, which they used as sustenance and for treating fevers. Native Americans found the roots and leaves useful in treating stomach problems.