Plant of the Month - Brodiaea 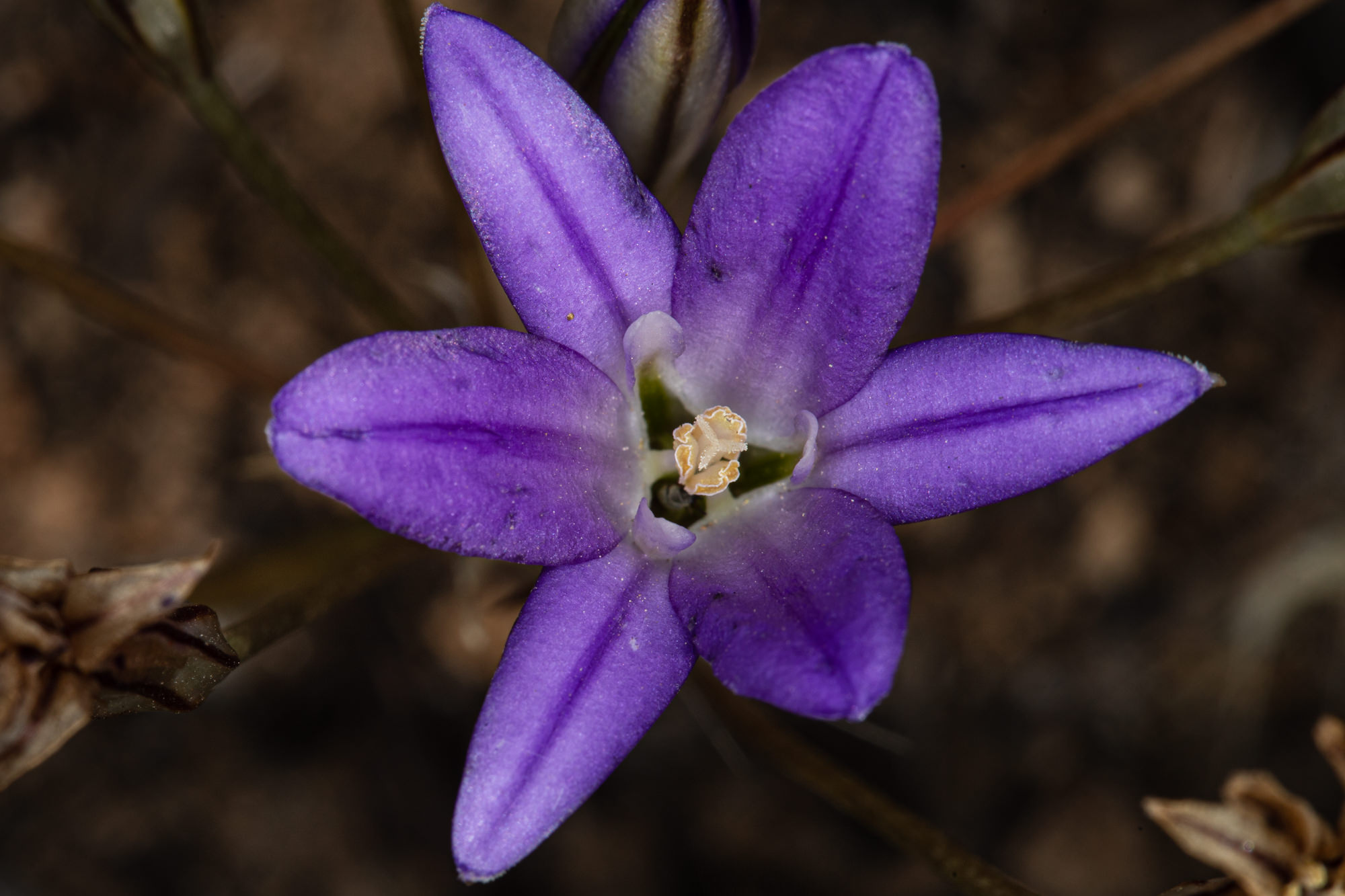 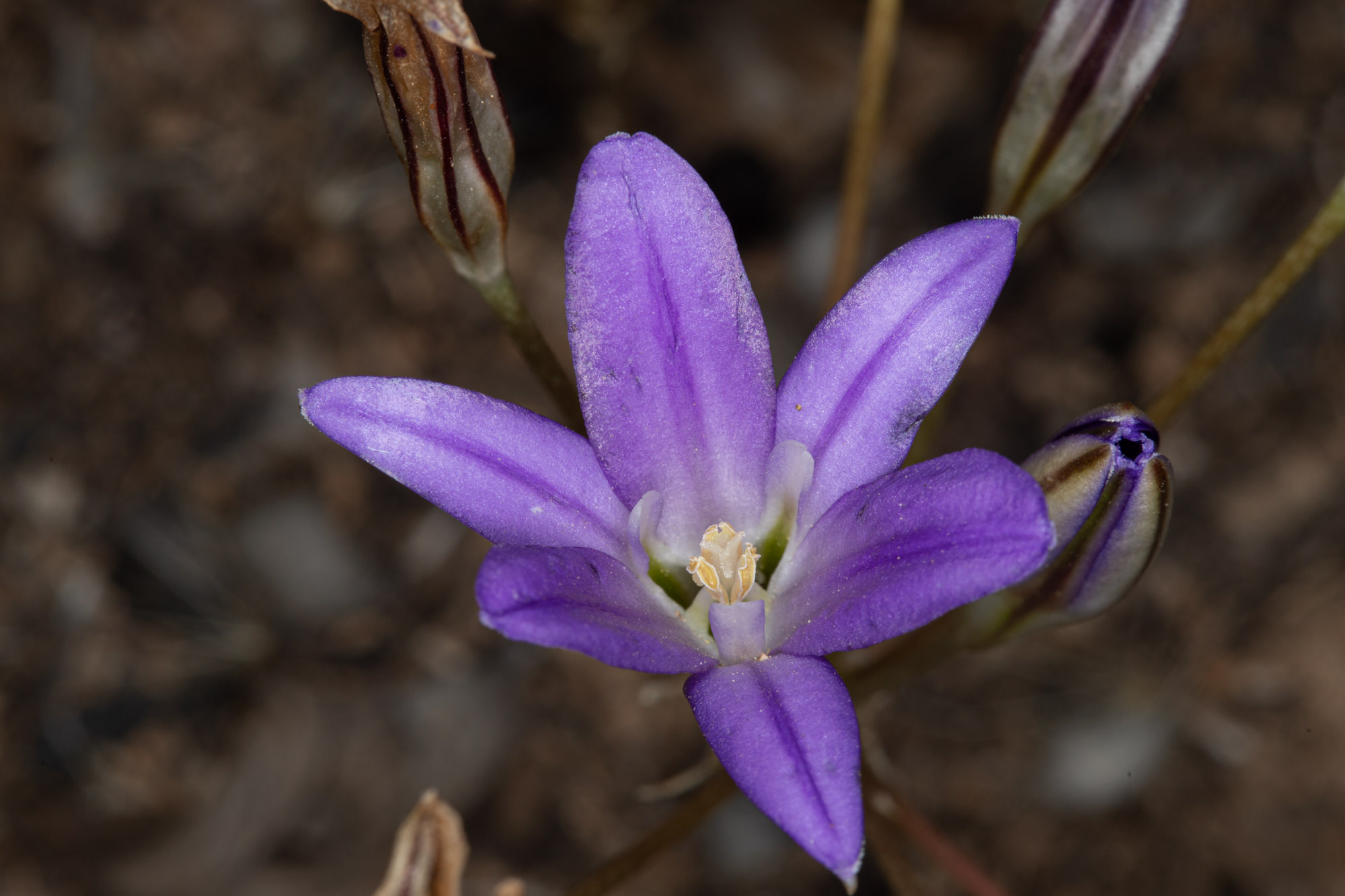 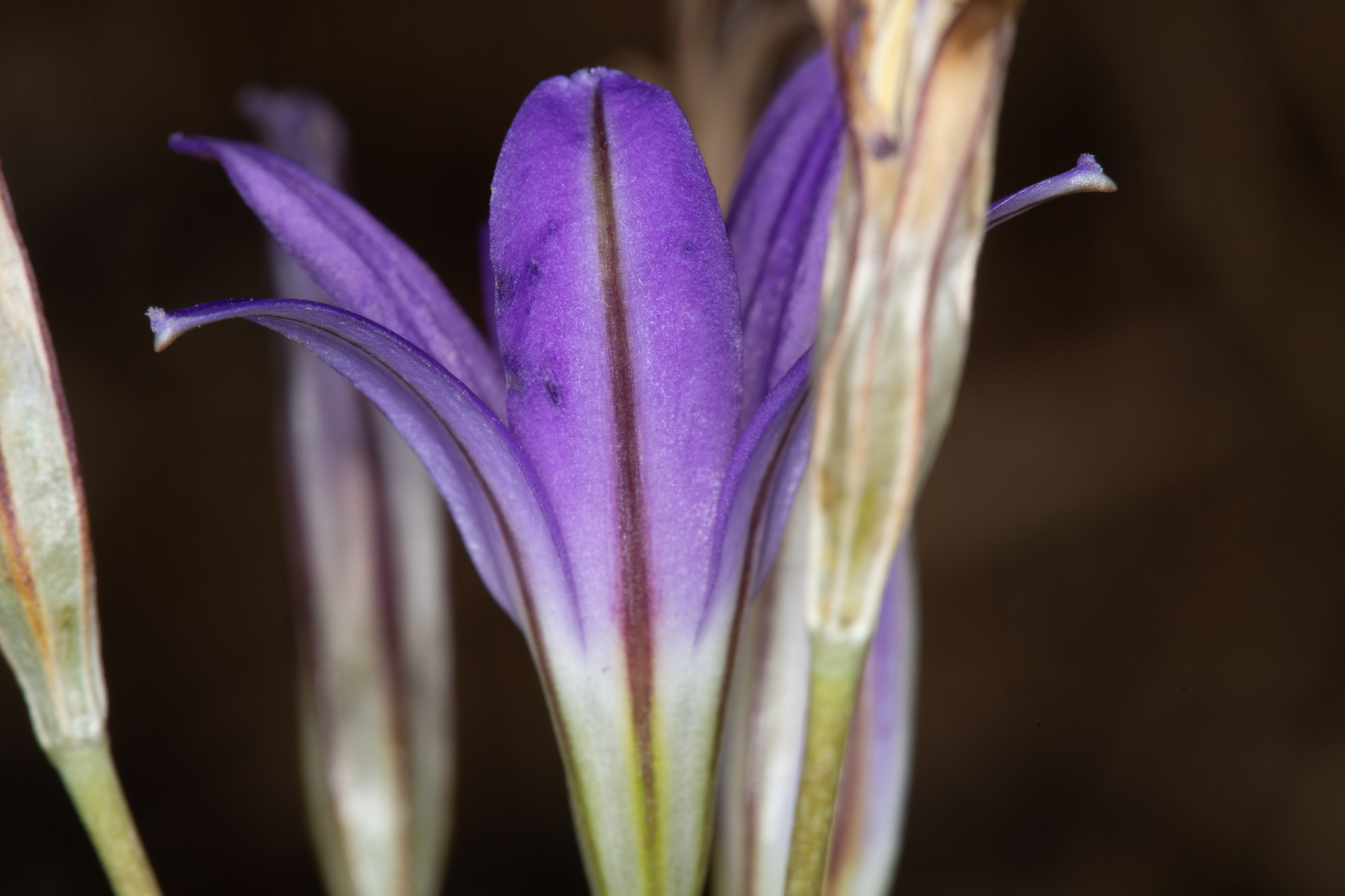 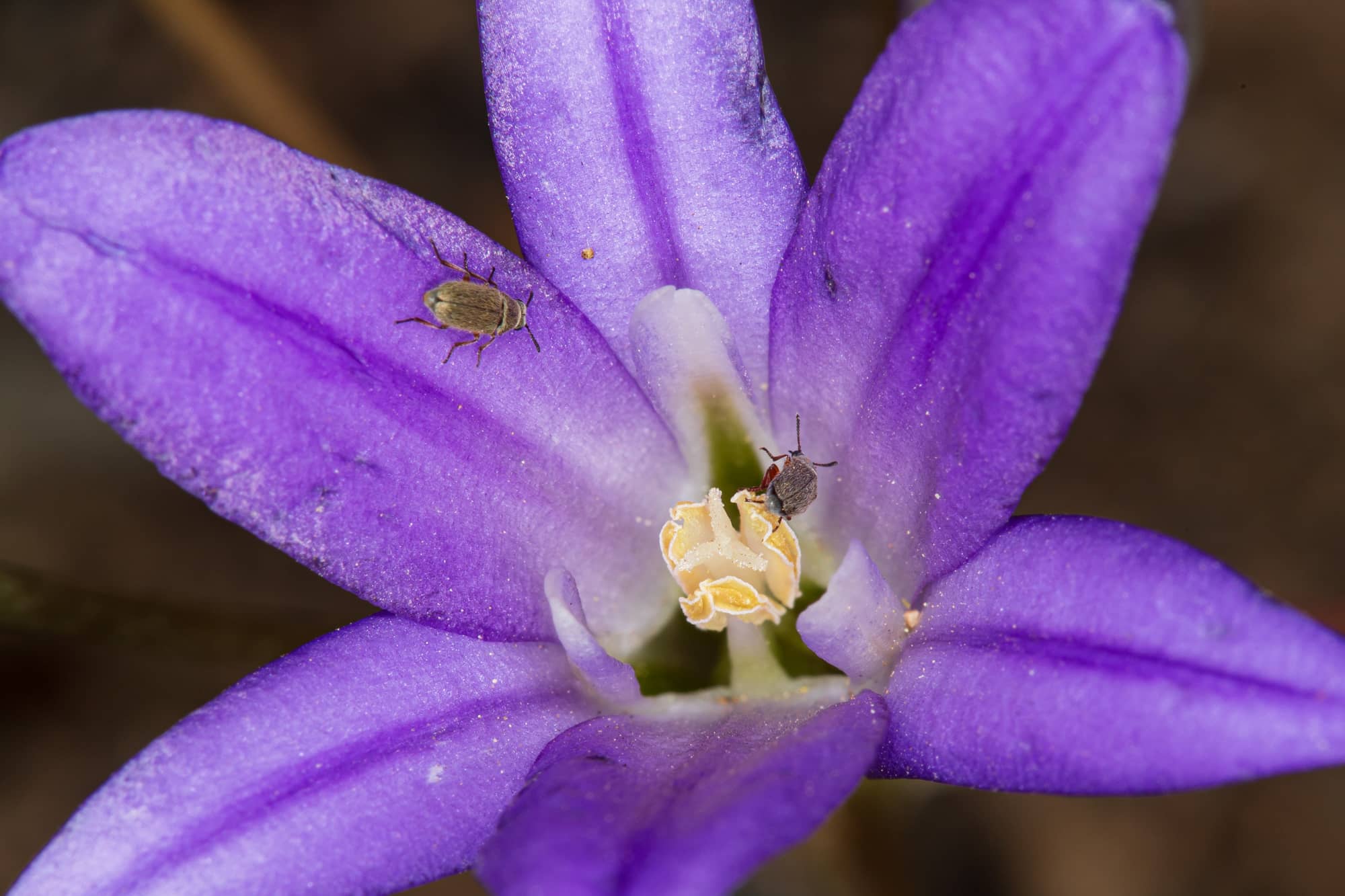 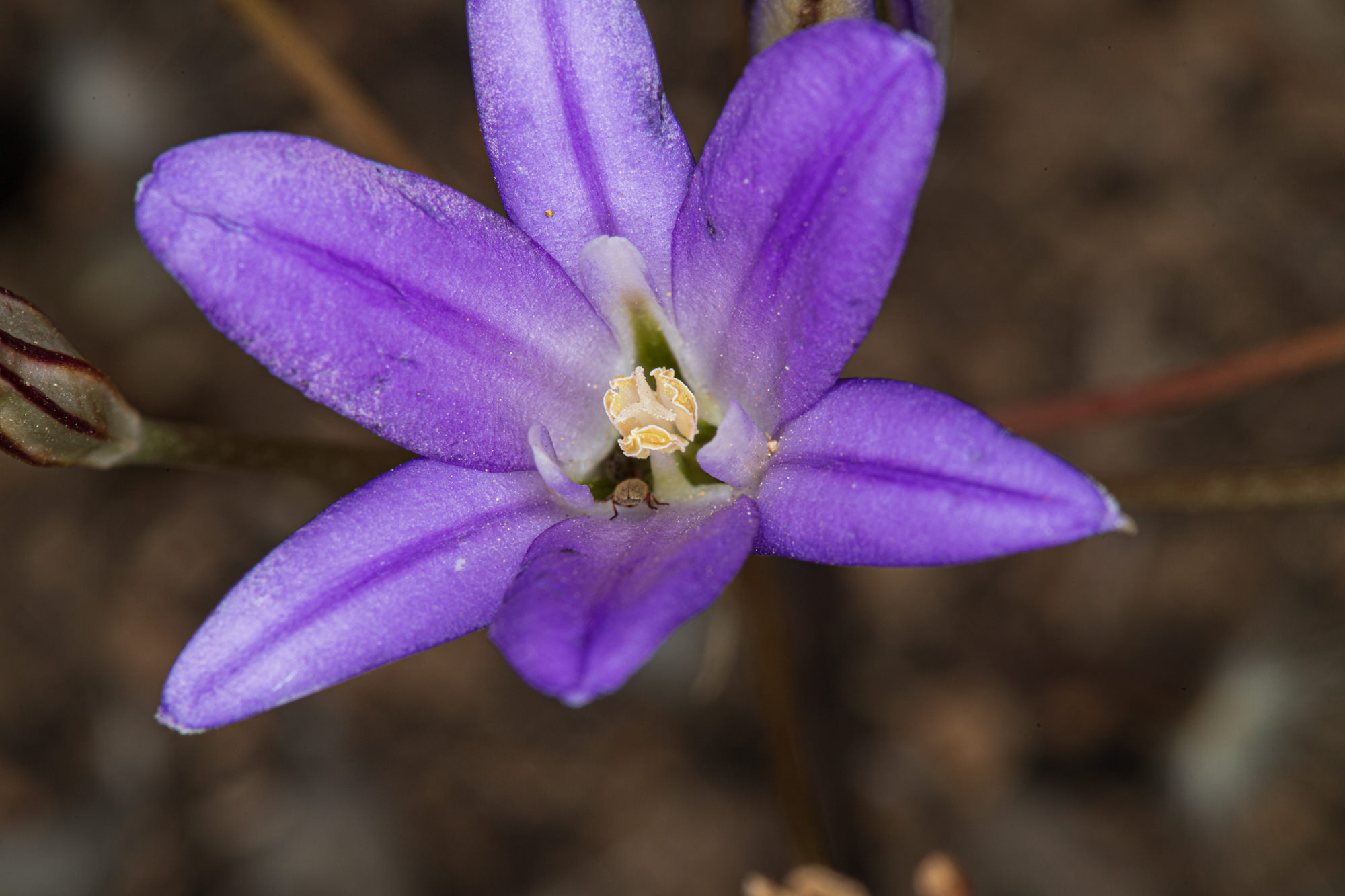 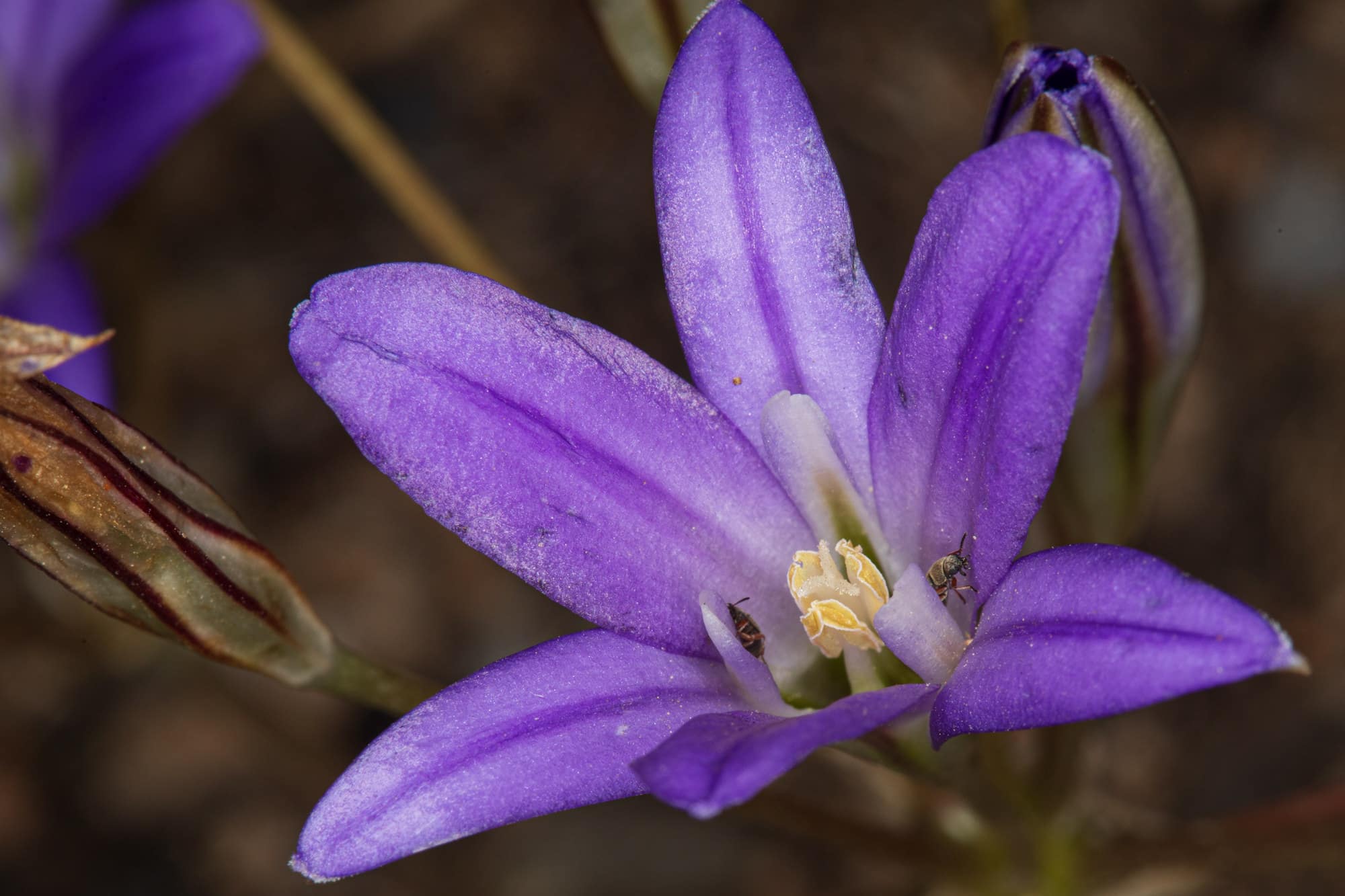 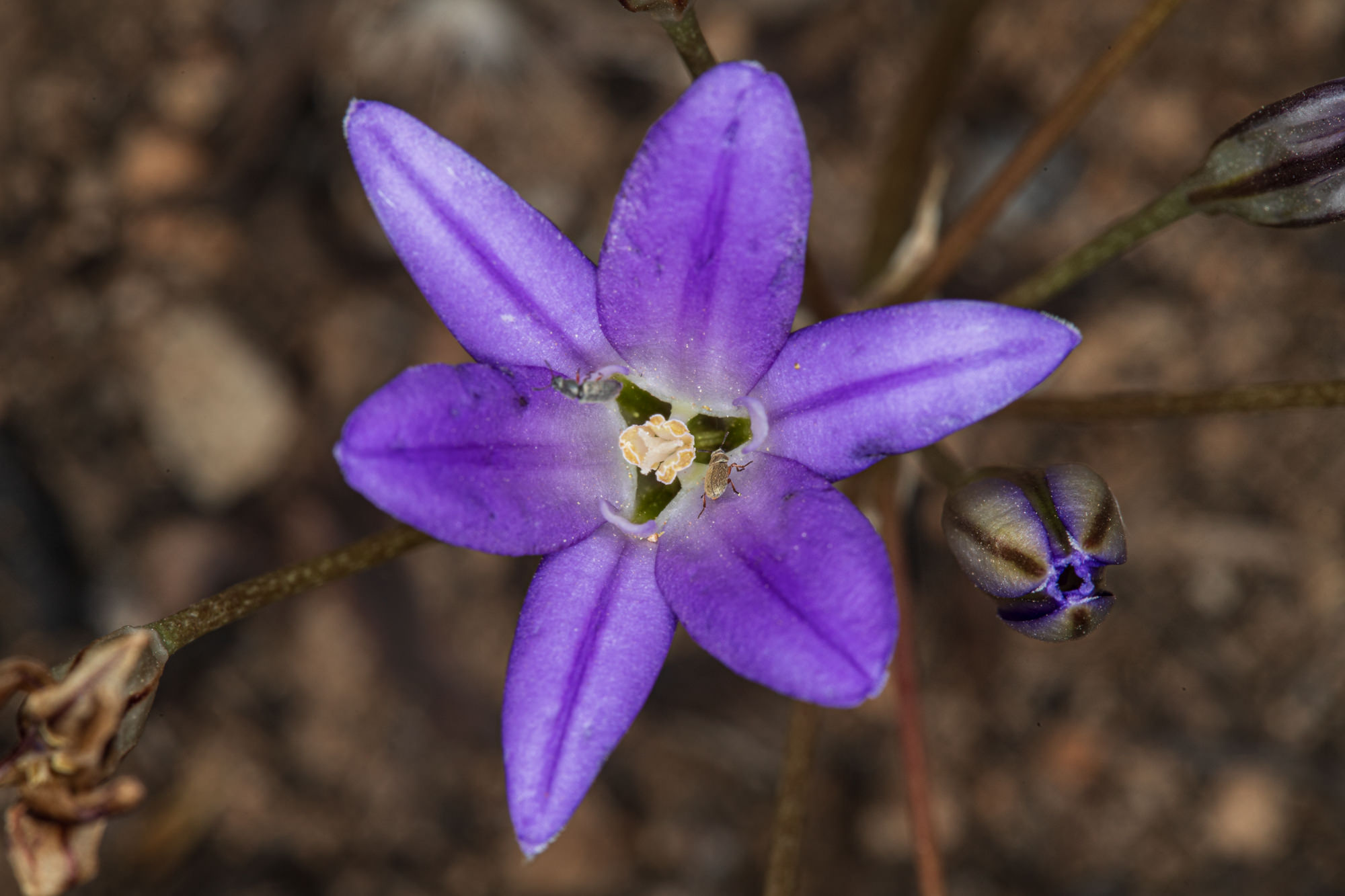 Kern Brodiaea — Brodiaea terrestris ssp. kernensis — is a seldom seen but always stunning plant to find along the trails of the Santa Monica Mountains. This native perennial is occasionally observed in grassy meadows where the soil is heavy with clay — this tolerance for clay helps it compete with invasive grasses. In spring, the plant blends in quite well with the grasses where it lives. Leaves are usually gone by the time this plant blooms. Flowering in May and June growing from an underground corm and producing an umbel of lovely violet 6-lobed, star-like flowers. After flowering and possible pollination the plant dies back to the ground to await another year. I came upon this plant by using a Terminator “like” approach. I walked along the Mishe Mokwa trail at less than one mile per hour speed and looked for and noted every type of plant that was visible to me. For the year 2019, I was rewarded for my efforts. 2020 did not prove as successful even though I made three trips over three weekends looking for this plant. So count yourself lucky if you have observed this plant in the wild.

Flowers are borne on a stalk that is 8 to 18 inches (ca. 46 cm) long. Several flowers develop in an open umbel at the top of the stalk. The somewhat violet perianth is composed of 3 petals and 3 sepals. You have to look prudently to figure out which are petals and which are sepals — they

are nearly identical in appearance. Together, the sepals and petals form a 1/4-inch, green-and-white funnel shaped tube with 6 violet lobes, each about 1/2 inch (ca. 5 cm) long. In the center are 3 triangular shaped white structures called staminodes (sterile stamens) surrounding a column formed by 3 stamens with yellow anthers and the pistil.

This is the only species of Brodiaea that you are likely to find in the Santa Monica Mountains. There are several other plants that are closely related, including Golden-star (Bloomeria) and Blue Dicks (Dichelostemma). These plants grow from corms — underground storage organs — technically called geophytes. Bulbs have layers (like onions) but Corms are solid. They are round and have a basal plate like a bulb, but are flatter. When corms become exhausted, energy from the growing leaves and stem can be used to create a new corm.

Fire Response: Brodiaea is generally withered back to the ground by the beginning of the fire season, and fires do not usually affect the underground corm. The following spring, the plant sprouts again from the corm as expected.

Name Changes: Brodiaea was once considered to be in the Amaryllis family (Amaryllidaceae), but was moved into the Lily family (Liliaceae). Now botanists have placed it into the new Brodiaea family (Themidaceae).

Meaning of the Name: ; filifolia refers to the narrow leaves, and comes from the Latin filum, “thread”, and folium, “leaf”.