Plant of the Month - California Dodder 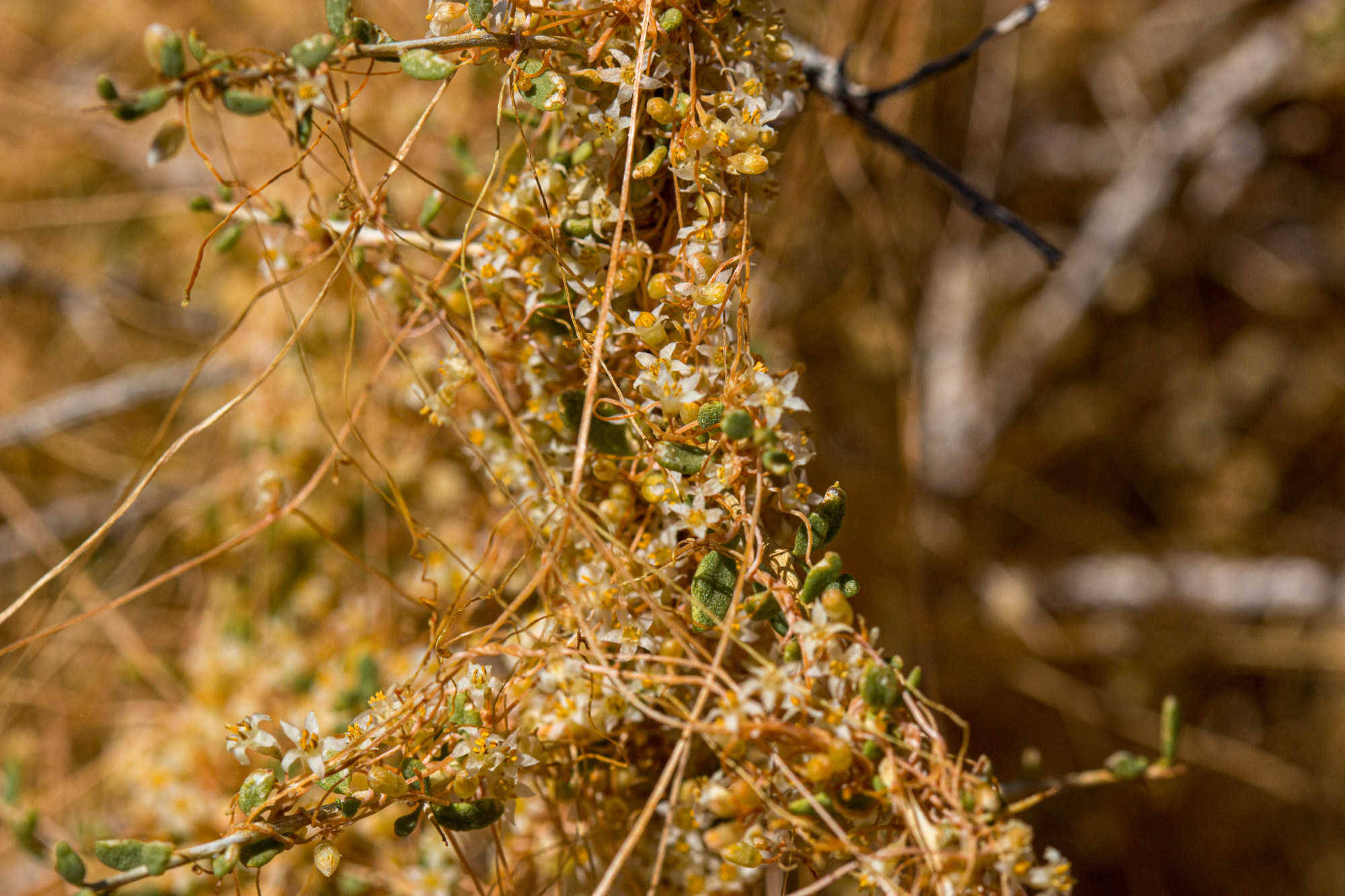 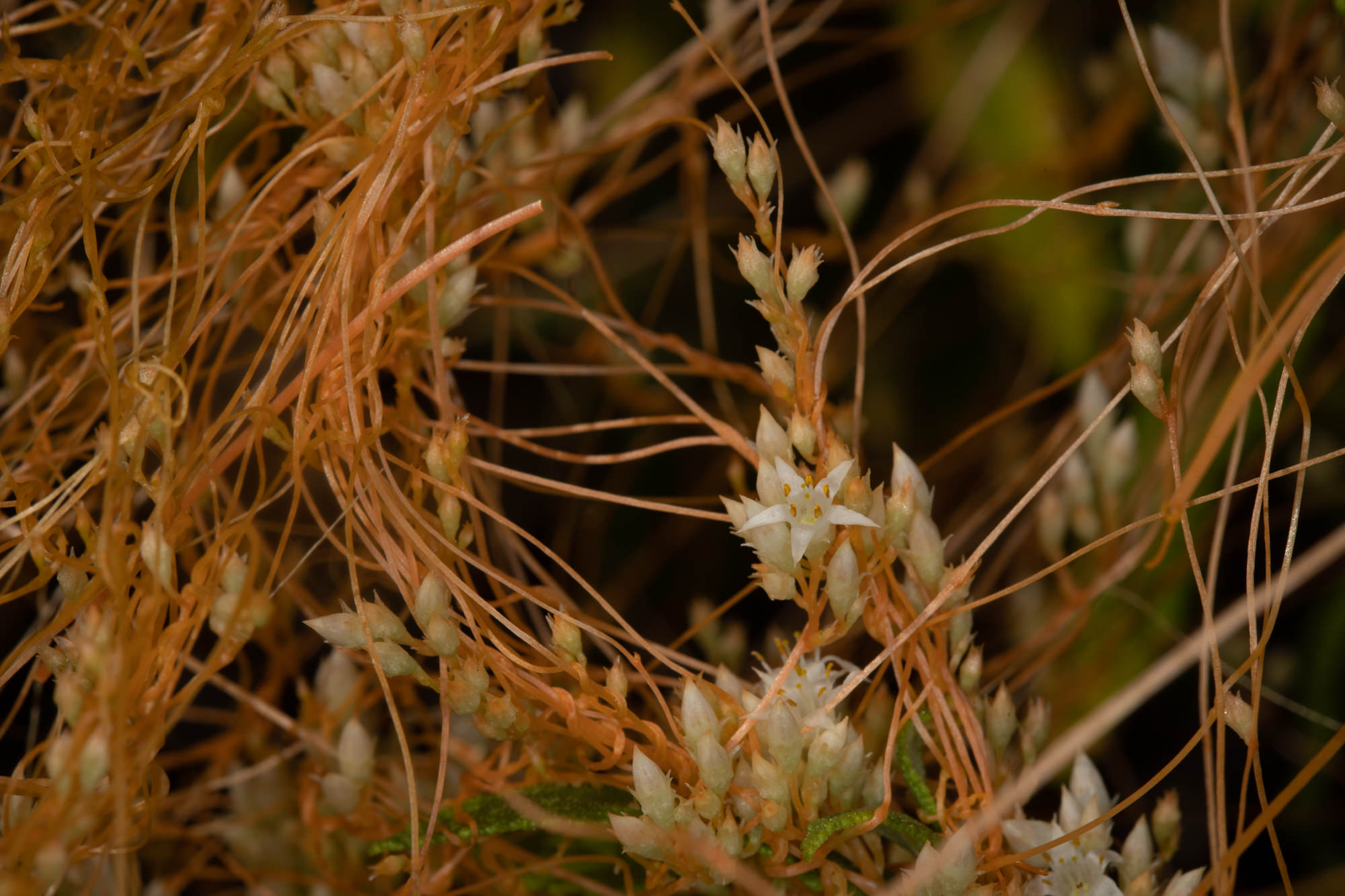 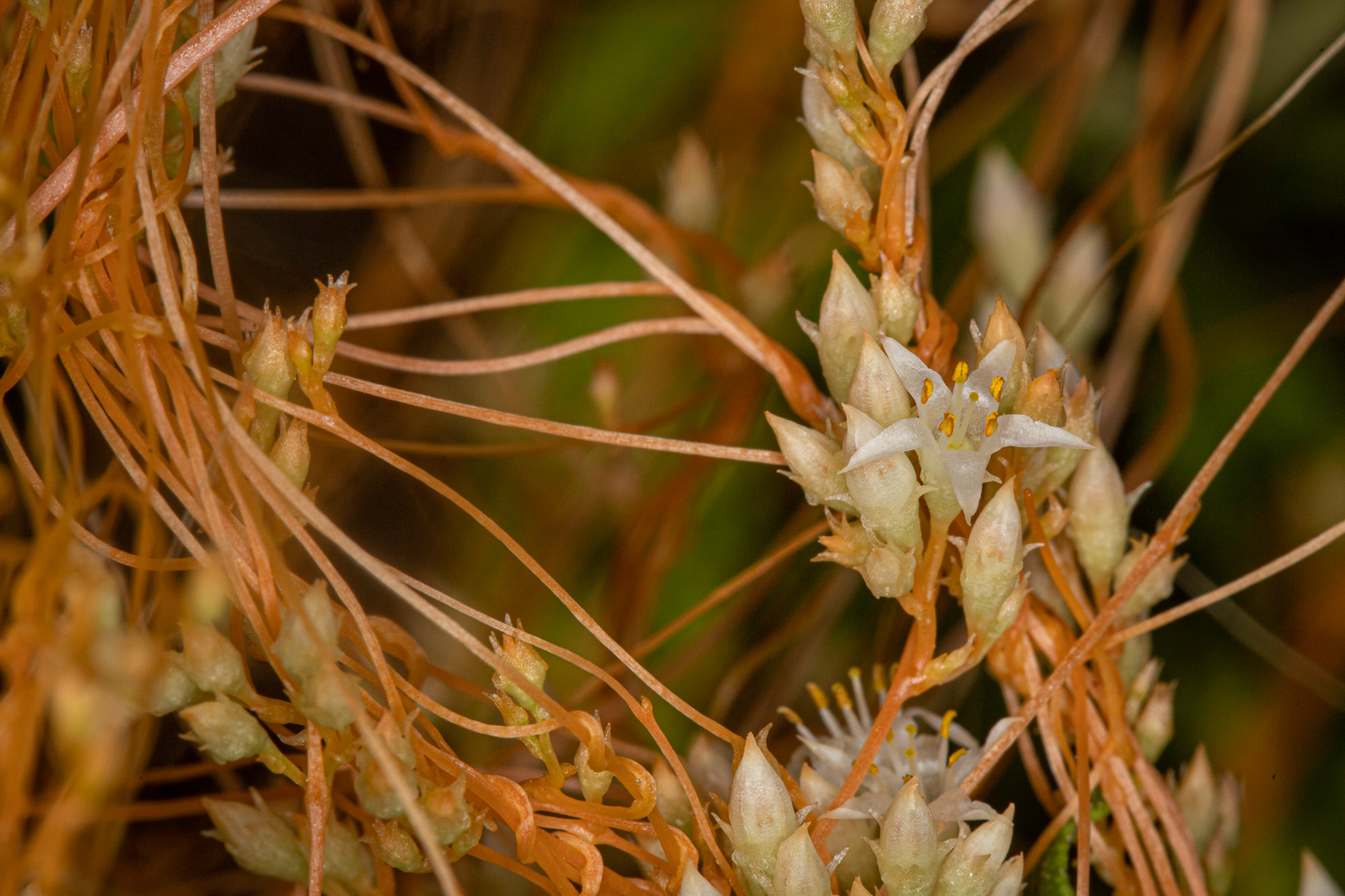 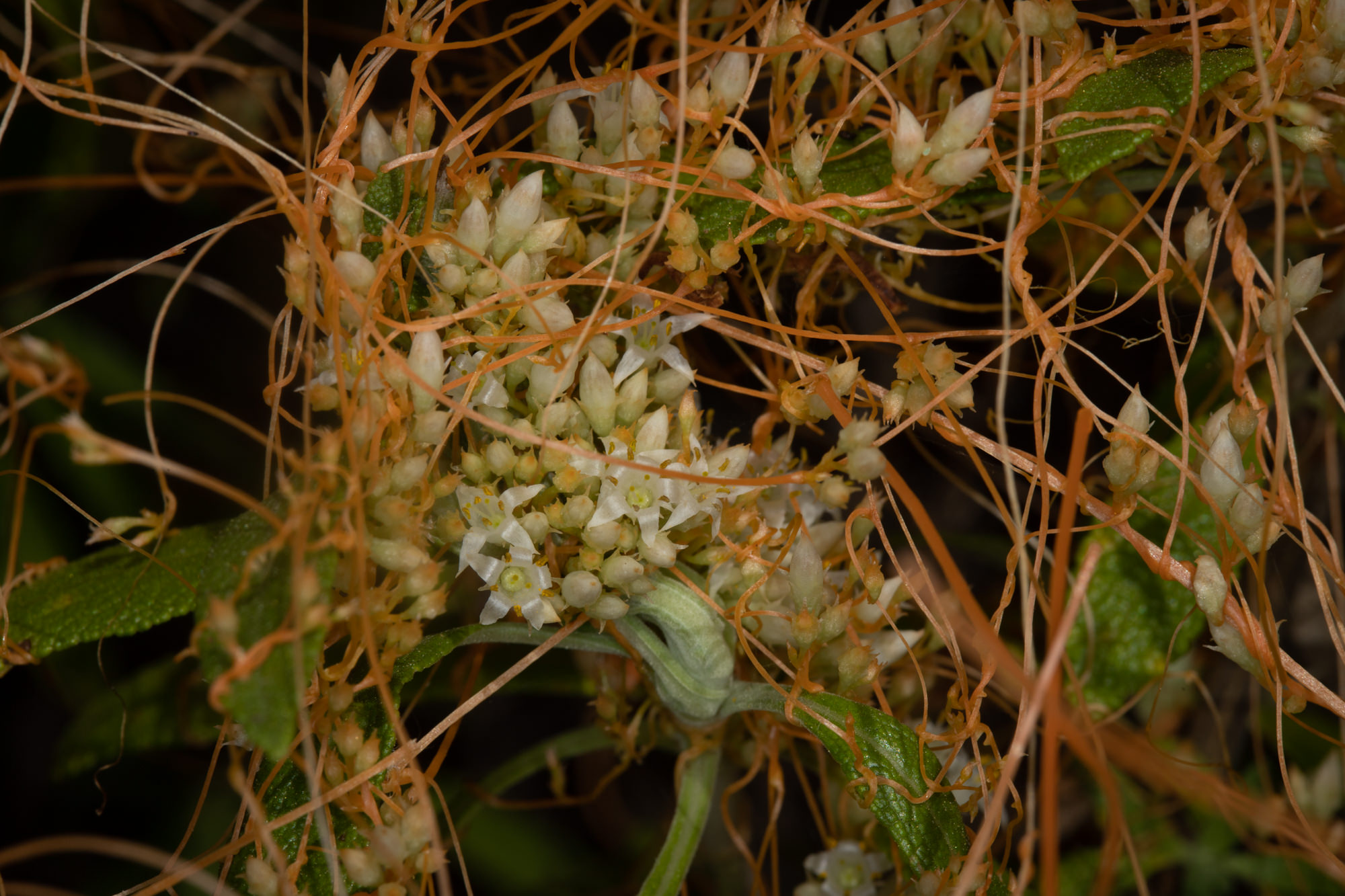 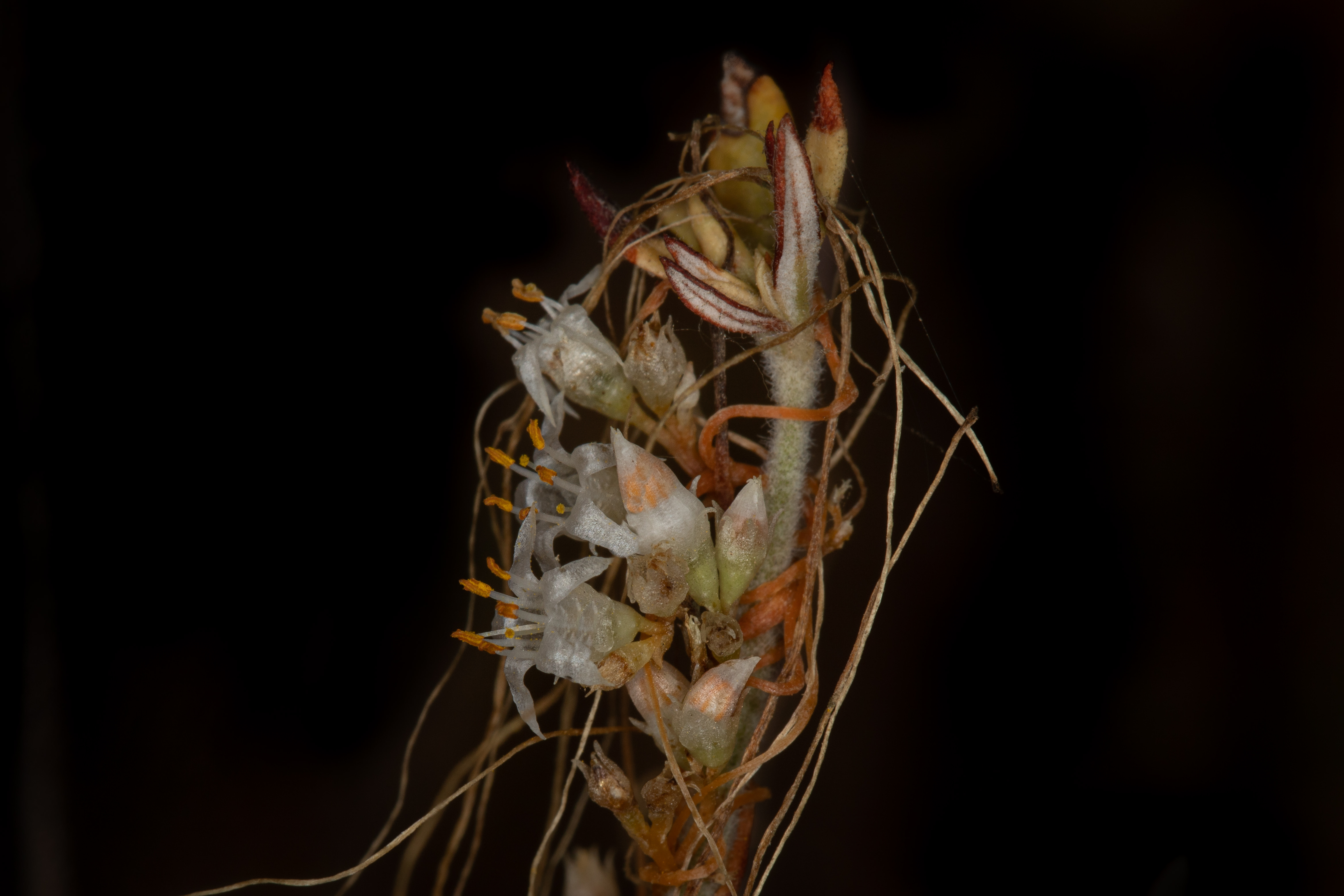 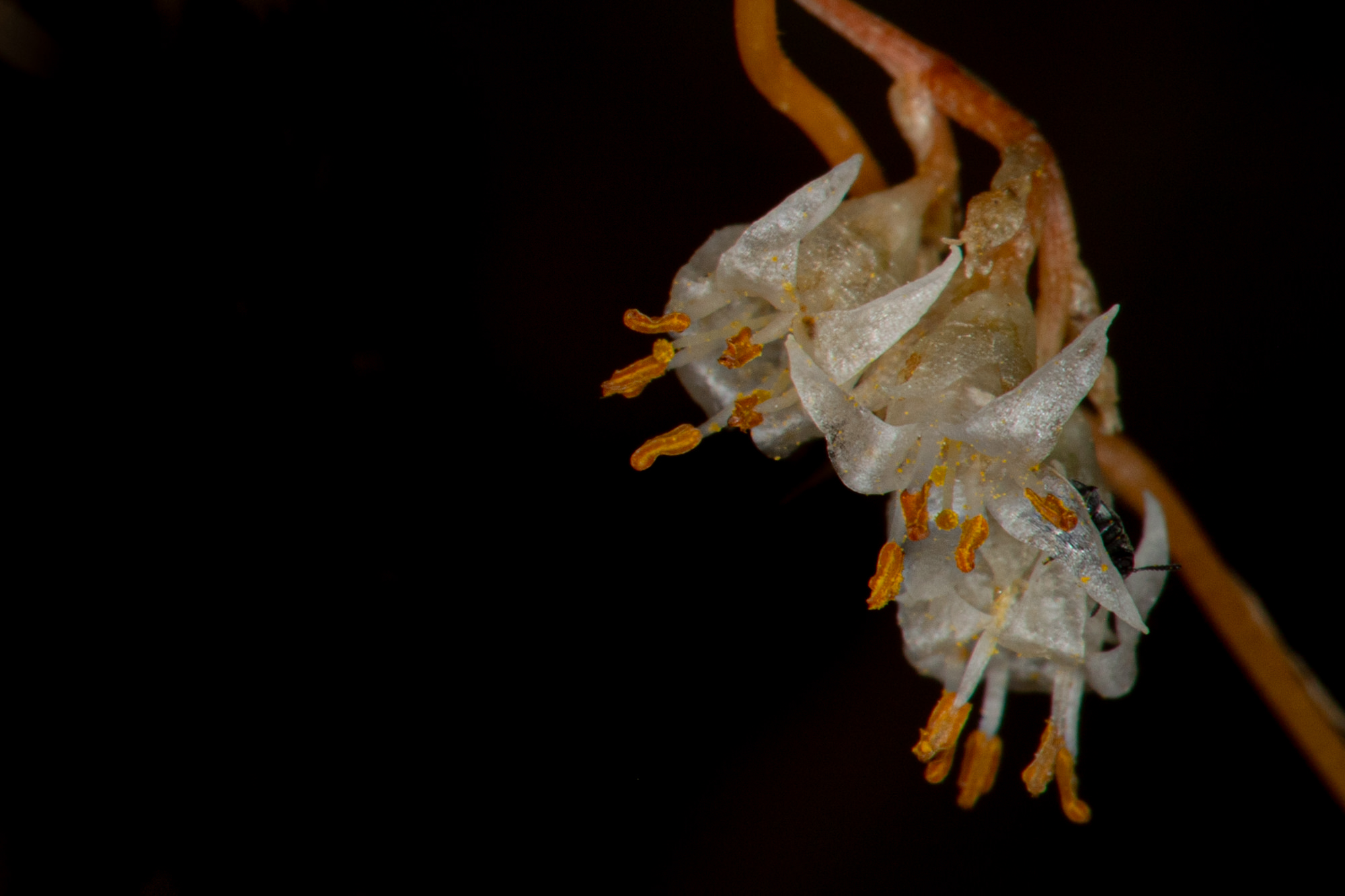 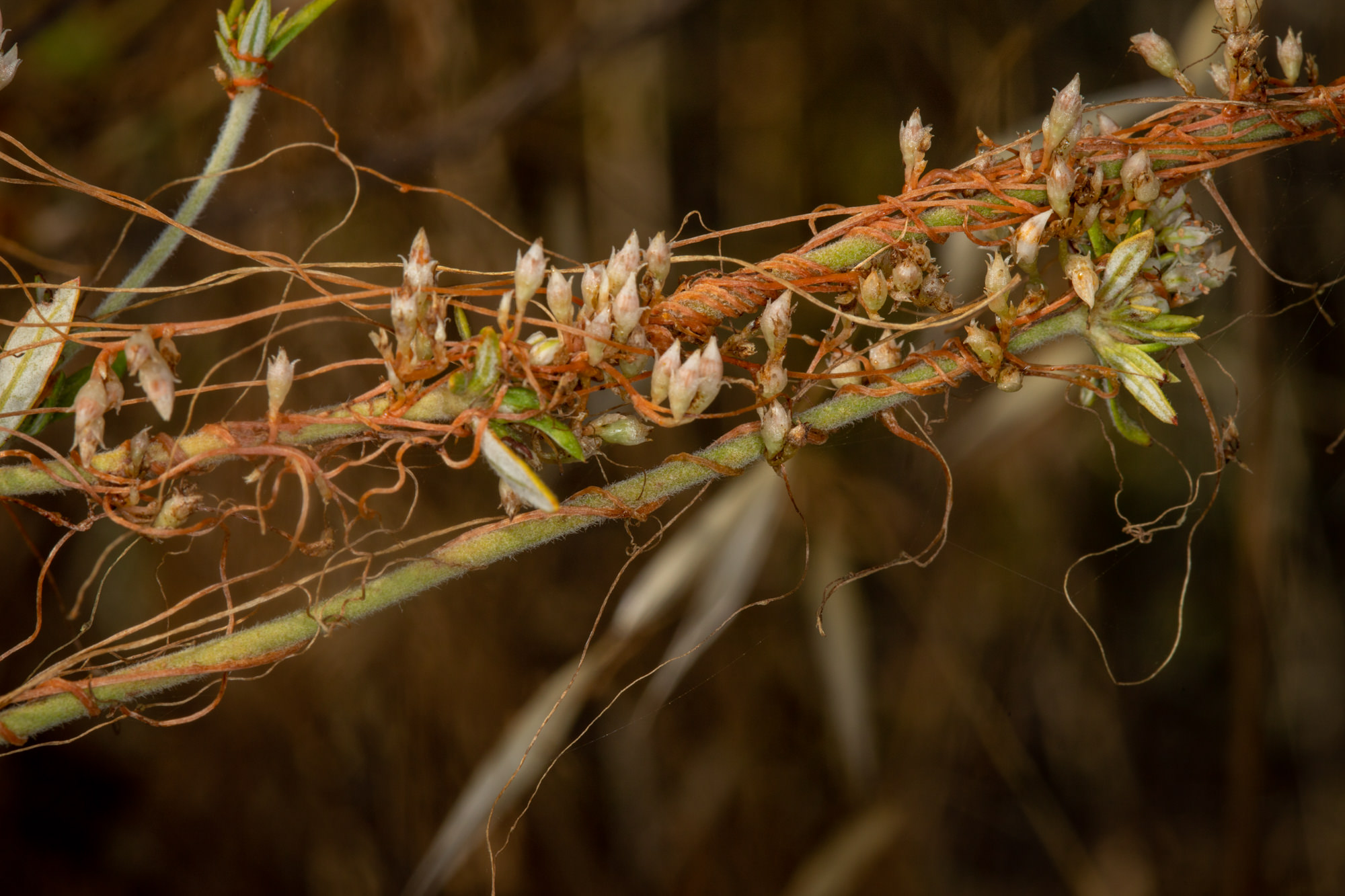 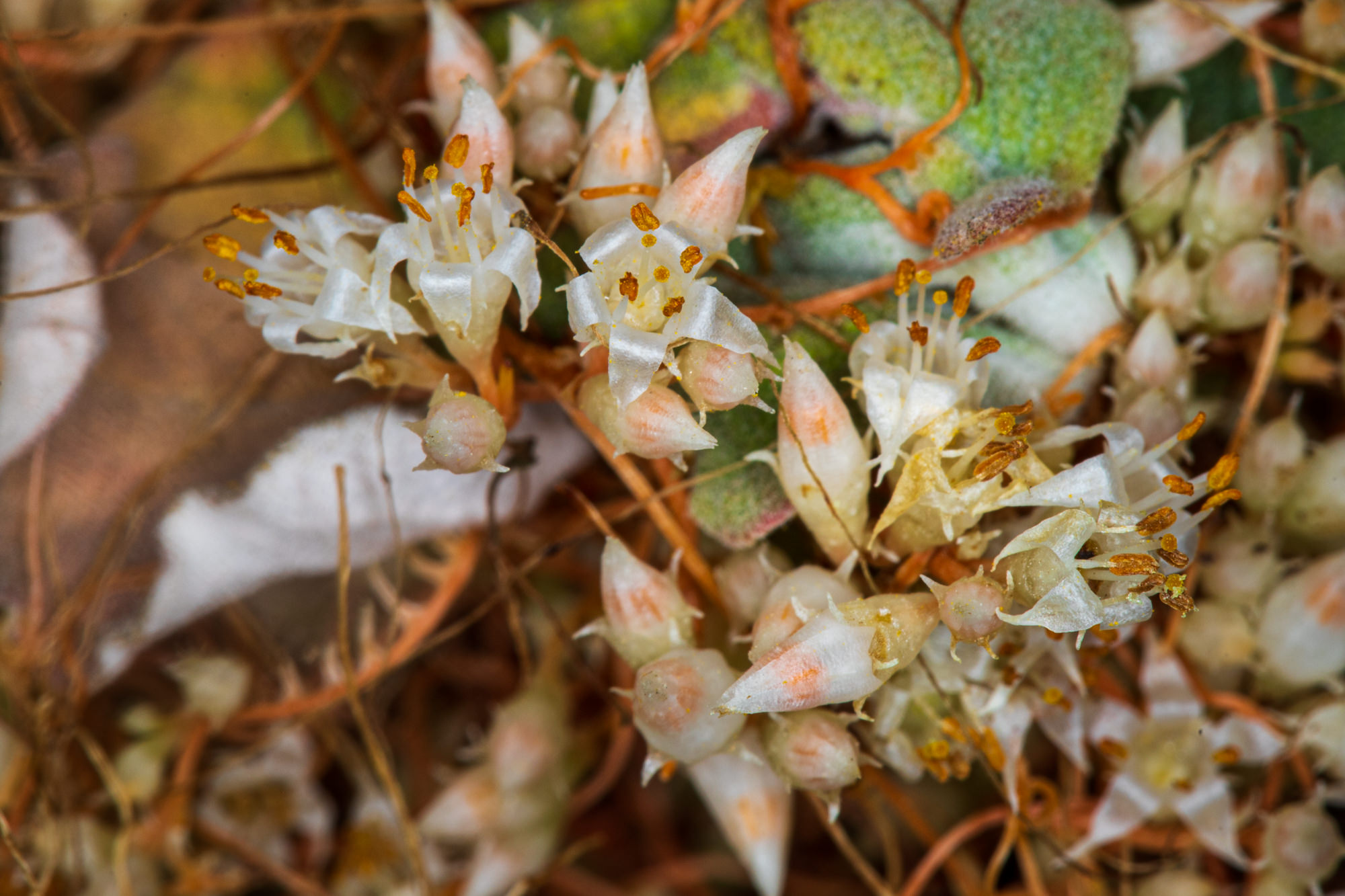 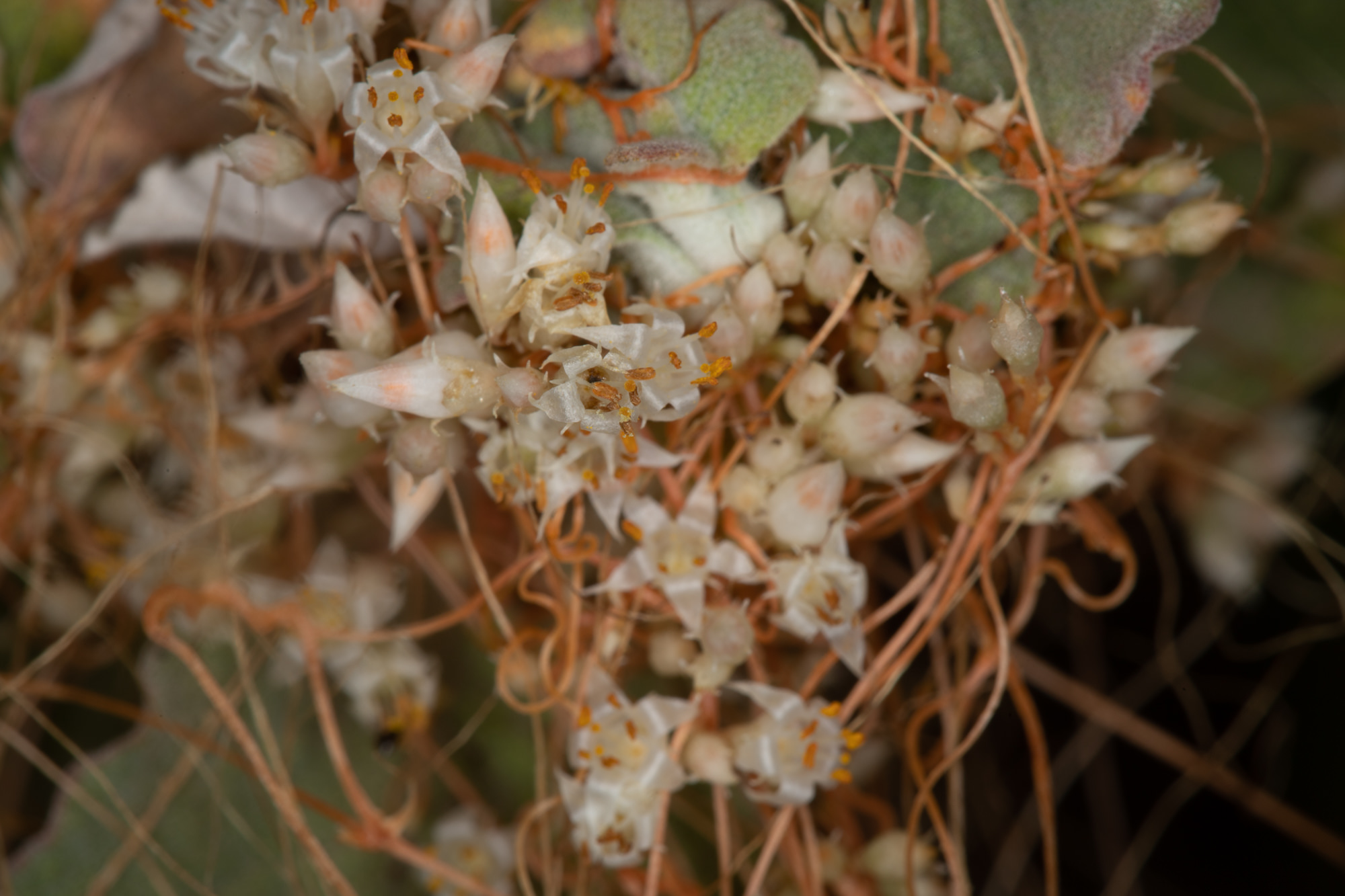 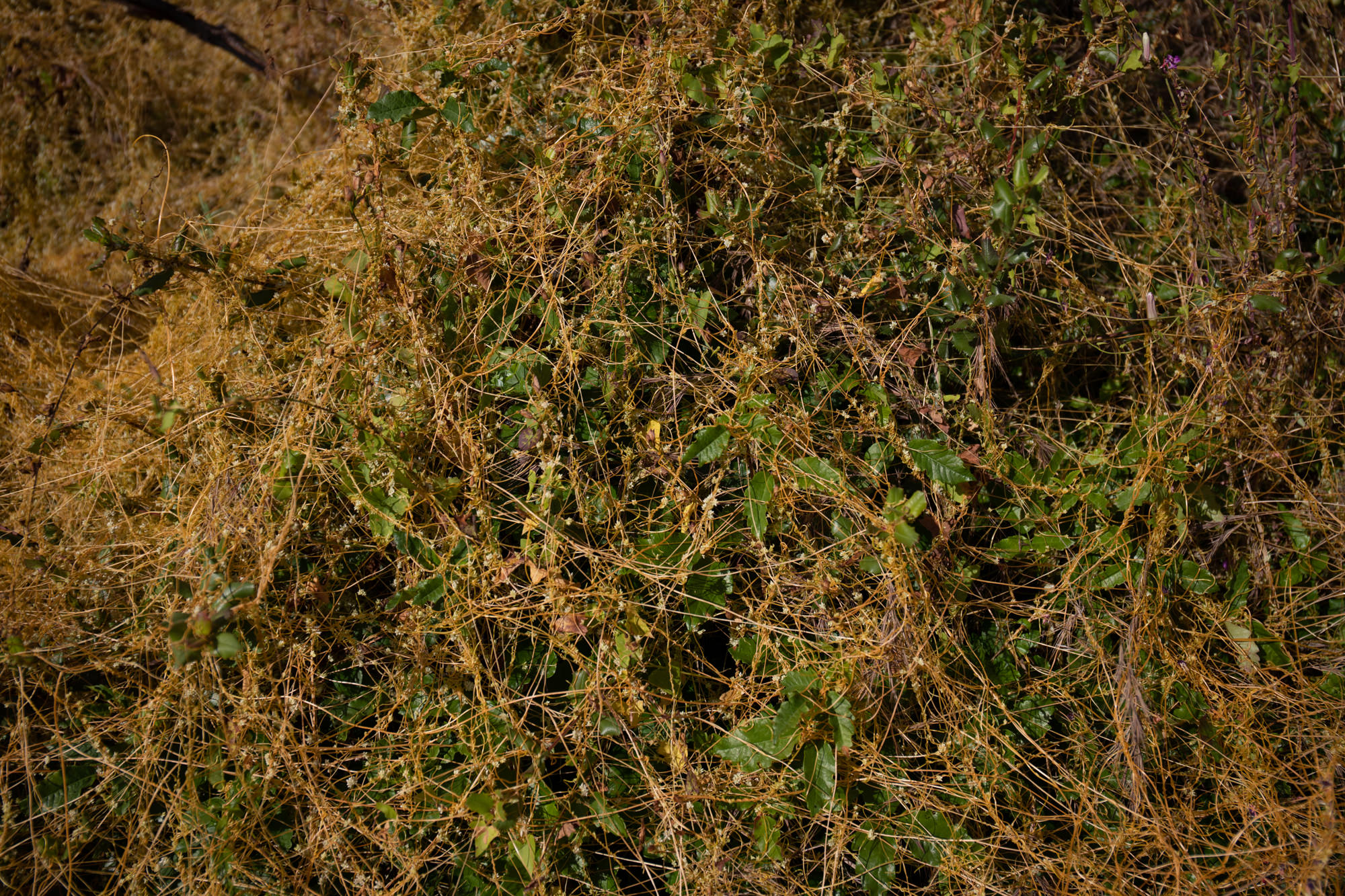 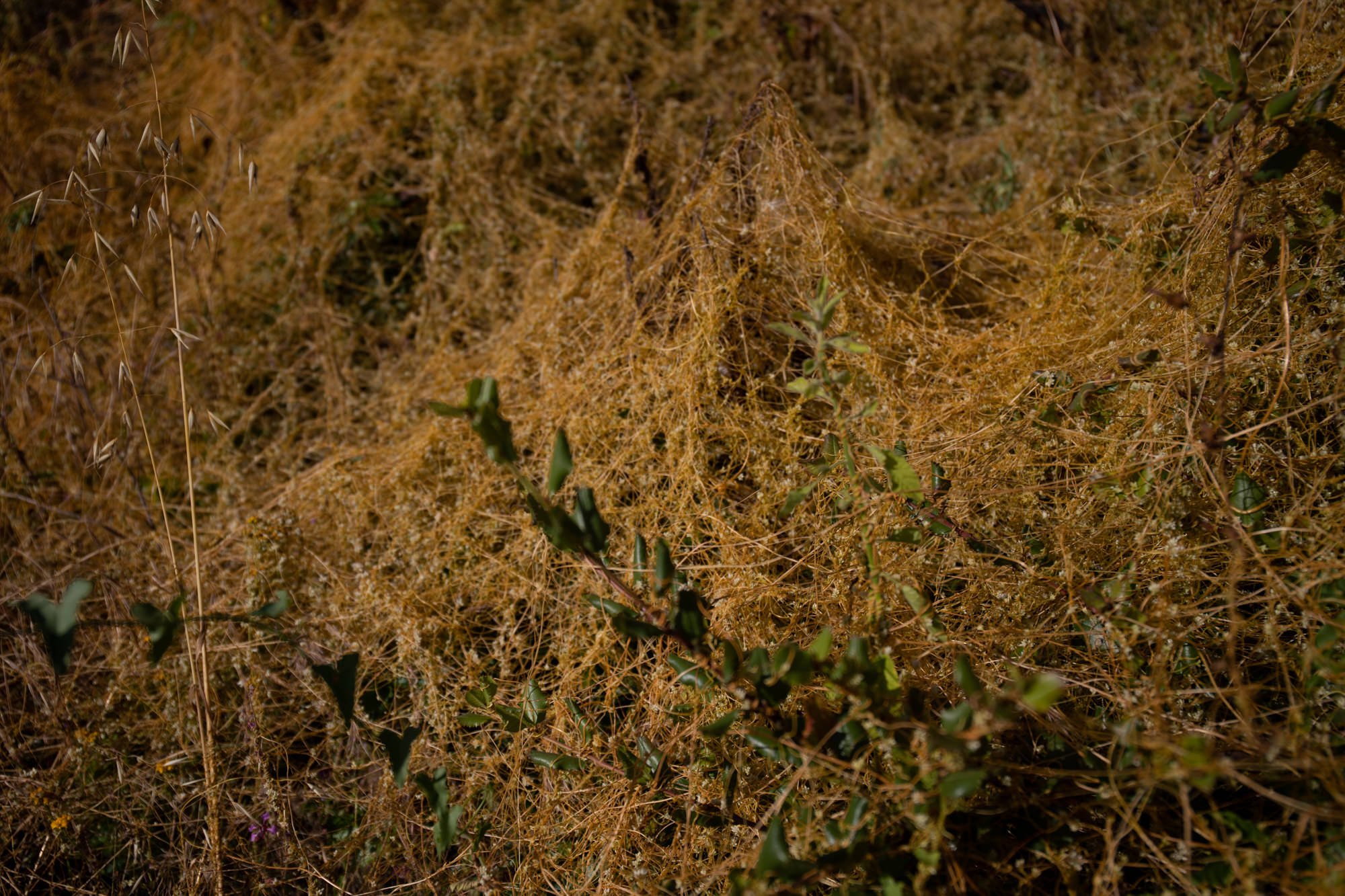 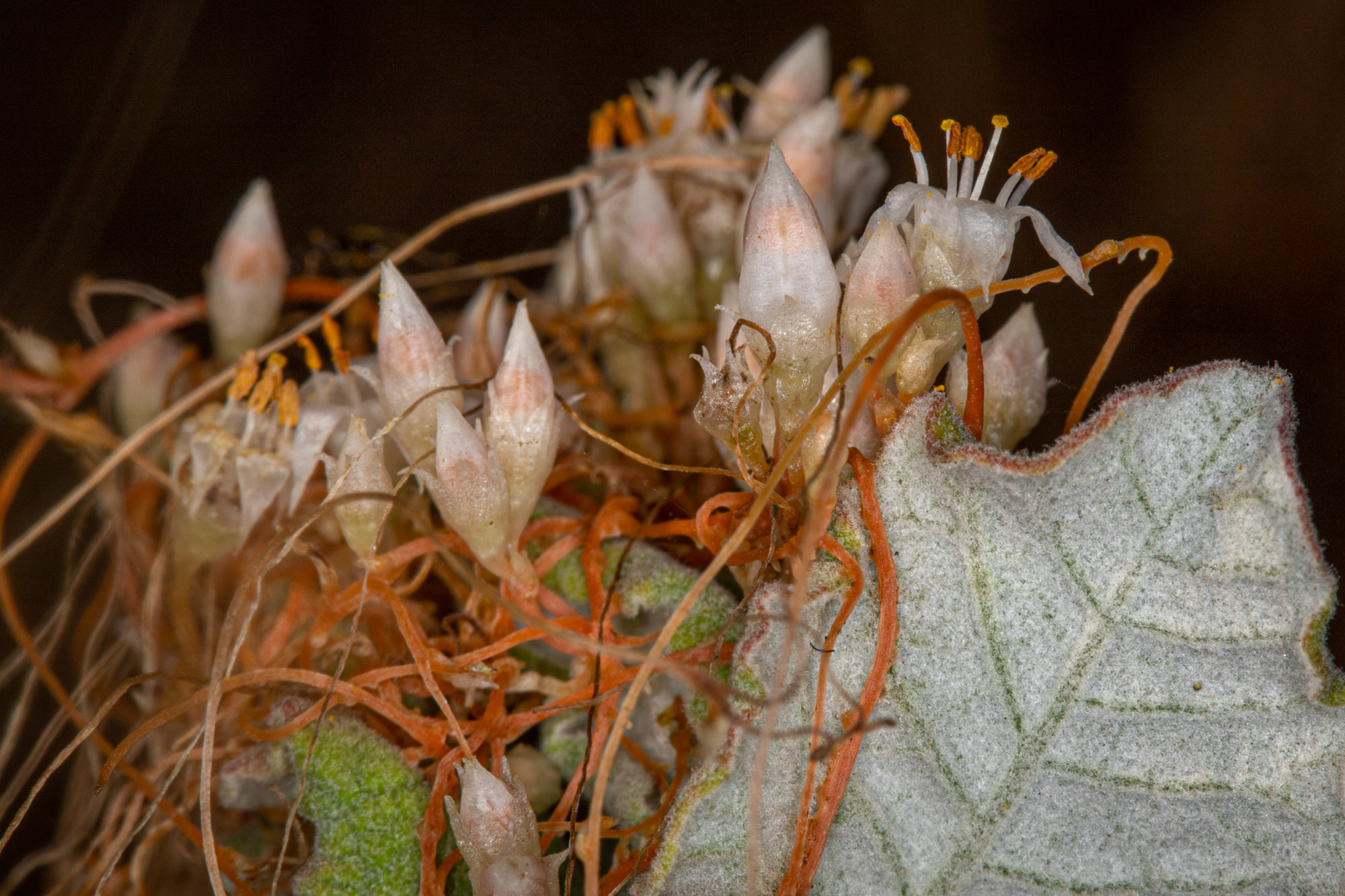 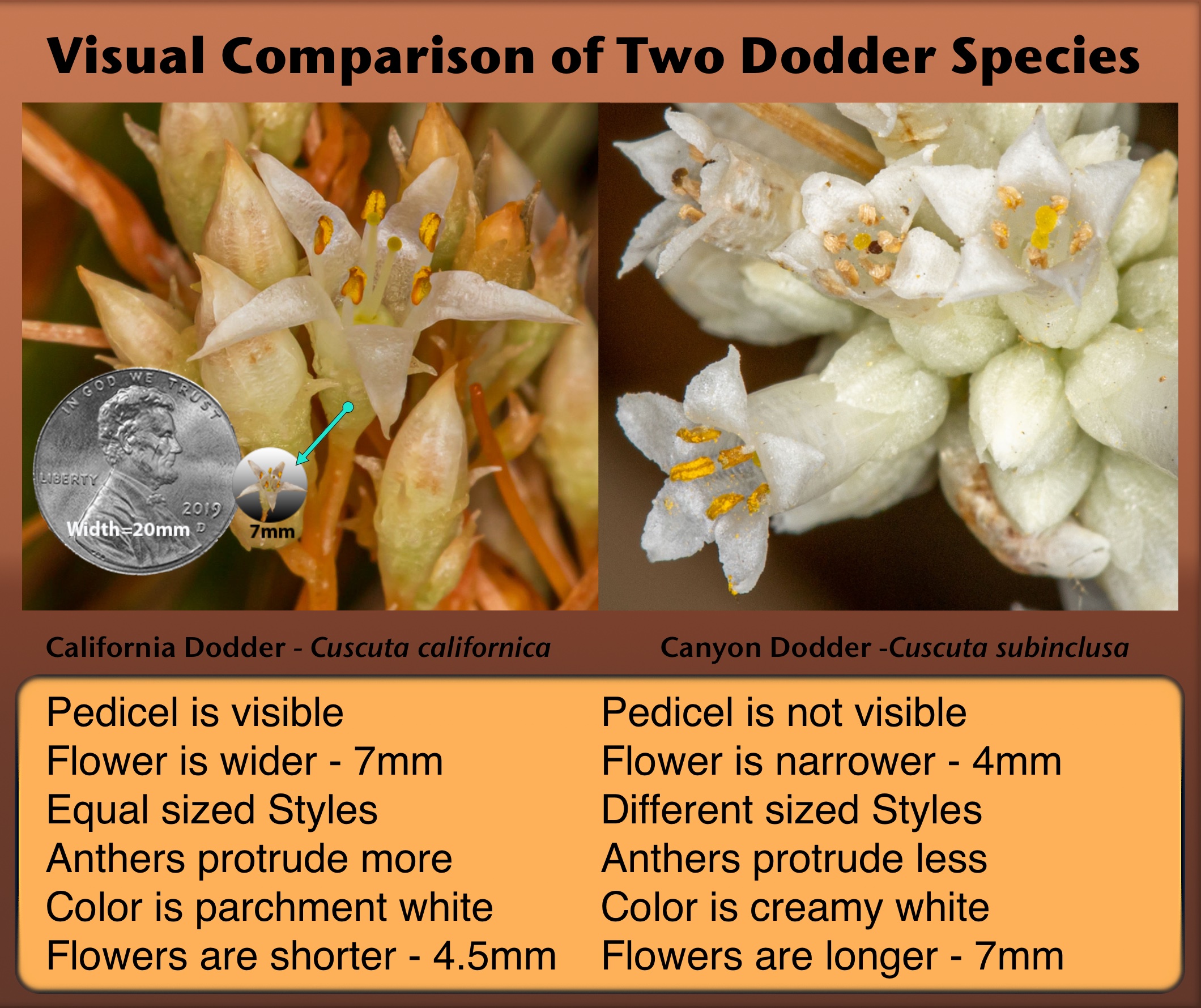 California Dodder - Cuscuta californica - is an annual, native to California and is one of four dodder species in the Santa Monica Mountains. The common name (dodder) is given to that strange orange bunch of twisted vines you see draped all over shrubs and appearing to strangle the host plant. Native Dodder is considered 'parasitic', does not kill its host plant and you are not necessarily helping the host plant by removing dodder. Manually removing dodder is a fools errand - it can regenerate from the connections it has already made to the host plant. A parasitic plant killing its host would be considered counter-productive in evolutionary terms. In nature, parasitism is an honorable way for plants that lack the ability to synthesize sufficient chlorophyll to survive and prosper. For years I assumed that all of those orange string-like plants were the same species. Upon closer review, each species has adapted to a different host or group of hosts. This makes identifying a bit easier. If you can ID the host you can often ID the species of Dodder.

California Dodder has several hosts that it prefers. I have seen it on several different Salvias, Poison Oak and Buchwheat. If you look at the included images, you can see Dodder entwining itself on limbs, leaves - oftentimes covering the host plant entirely. What you may not see is how the plant attaches itself to the host. Look hard and you will find it amongst the numerous vine-like strands. Dodders utilize rootlike structures called haustoria to attach themselves. Dodder taps into its host like a hacker taps into your network. A Dodder seedling begins it search for a chemical scent within days of germination. Quickly growing towards the scent and then tapping into the plants comm system. Research published in Nature Read the article showed that Dodders send microRNA into their hosts that silences the encoding of genes that would normally support defenses. One of those defenses is a protein that clots the flow of nutrients to the site where the Dodder taped in. Without the "anticoagulant" protein, the plant will try and repair the tap and likely flood nutrients flowing into the dodder. Like a hacker, Dodder is only looking for what it needs. What it does not need is best dealt with by stopping this flow and concentrating on what it sees as valuable.

Dodders are in the morning glory family, Convolvulaceae. The genus name for Dodder plants comes from the Arabic name for the plant, which translates as "a tangled wisp of hair"; a fitting general description! 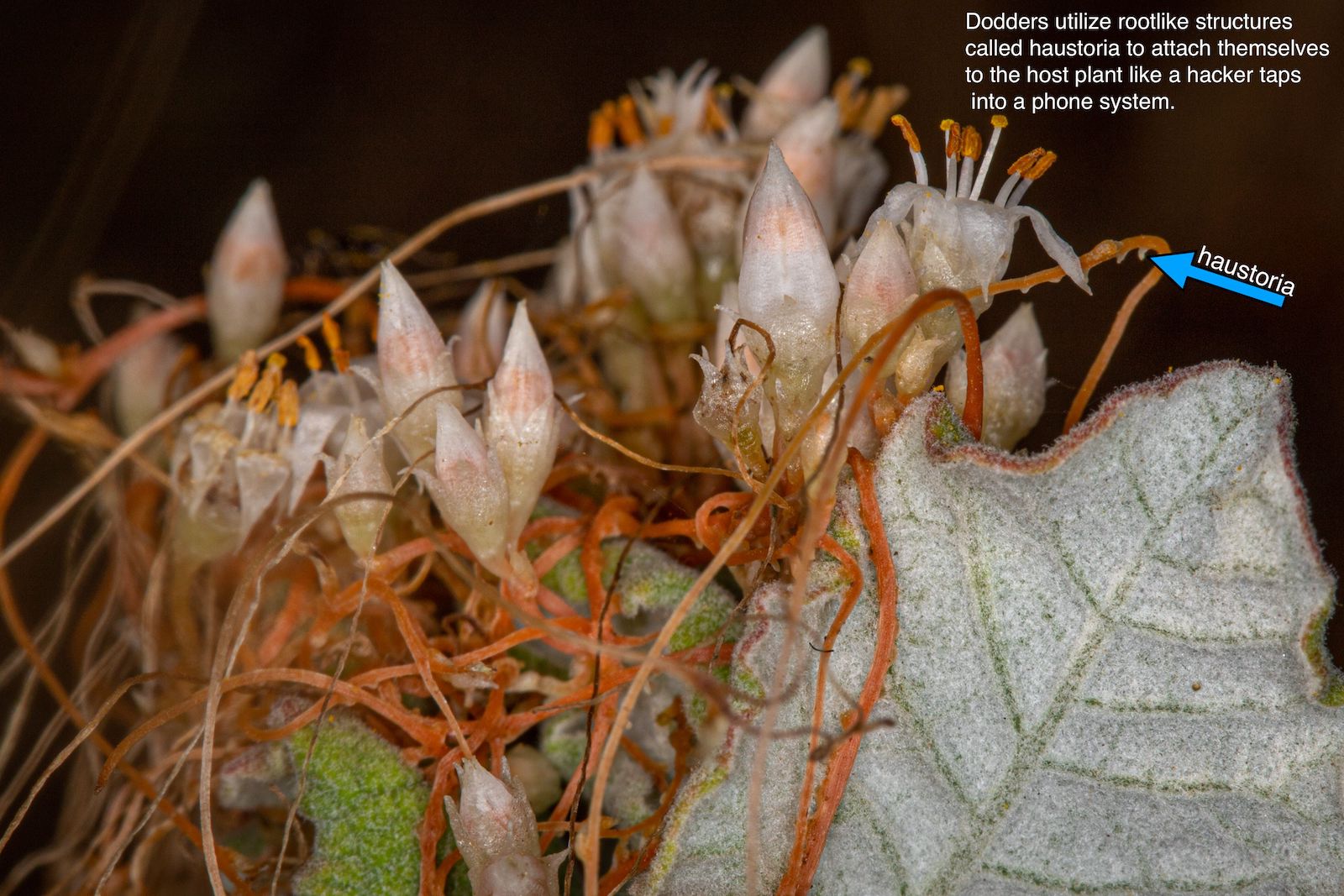 Fire response:
This plan is dependent upon its host for survival. Seeds that germinate can survive a short while until a host is found. As soon as the host plant is growing and thriving - so will the California Dodder.

Cuscu'ta: a name of Arabic derivation meaning "dodder." The genus Cuscuta was published by Carl Linnaeus in 1753. (ref. genus Cuscuta)