Plant of the Month - California Poppy 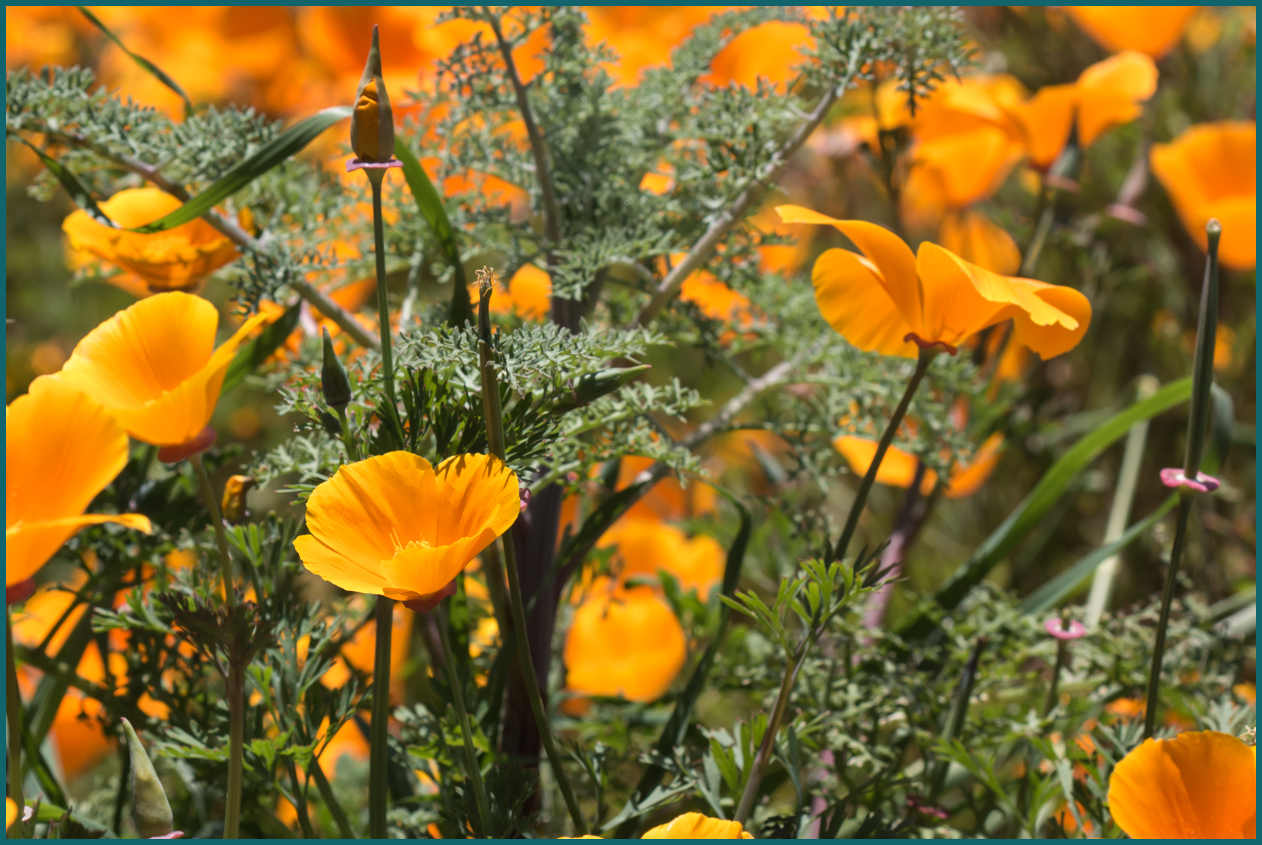 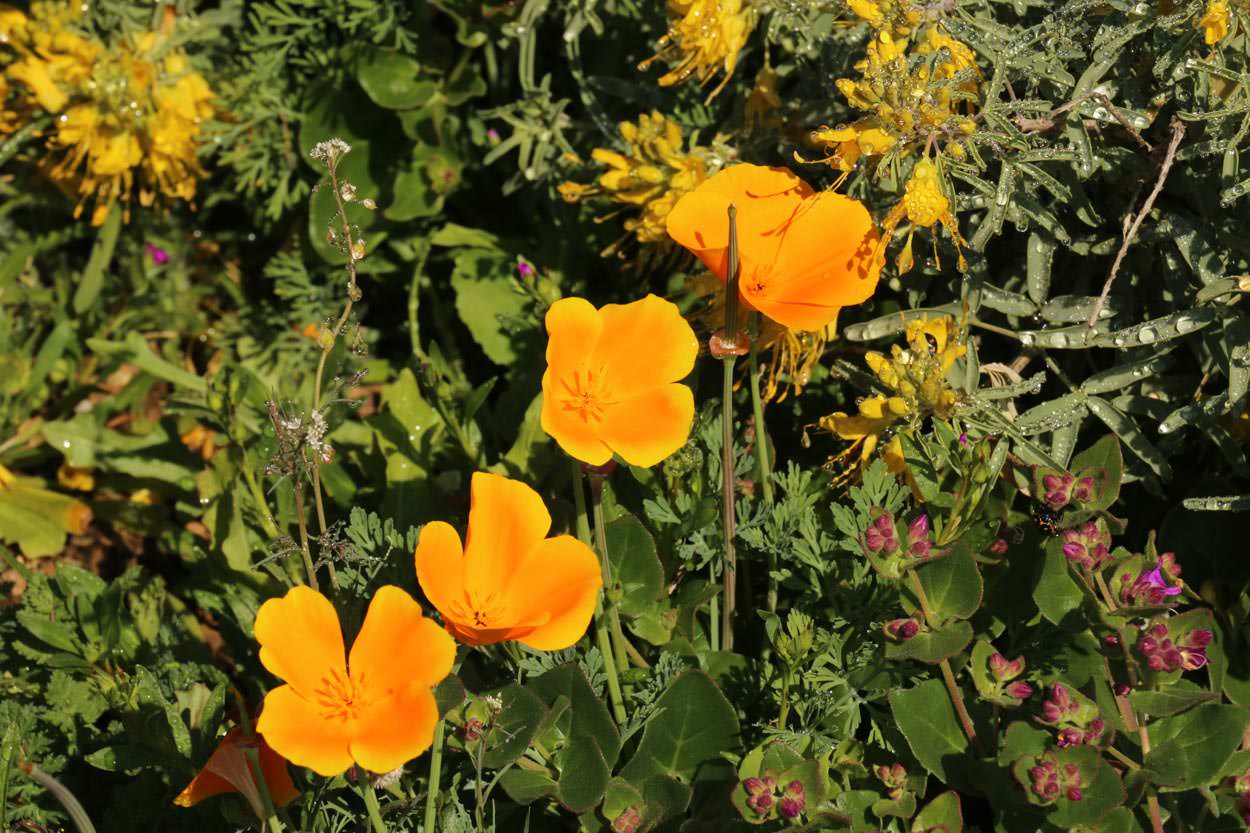 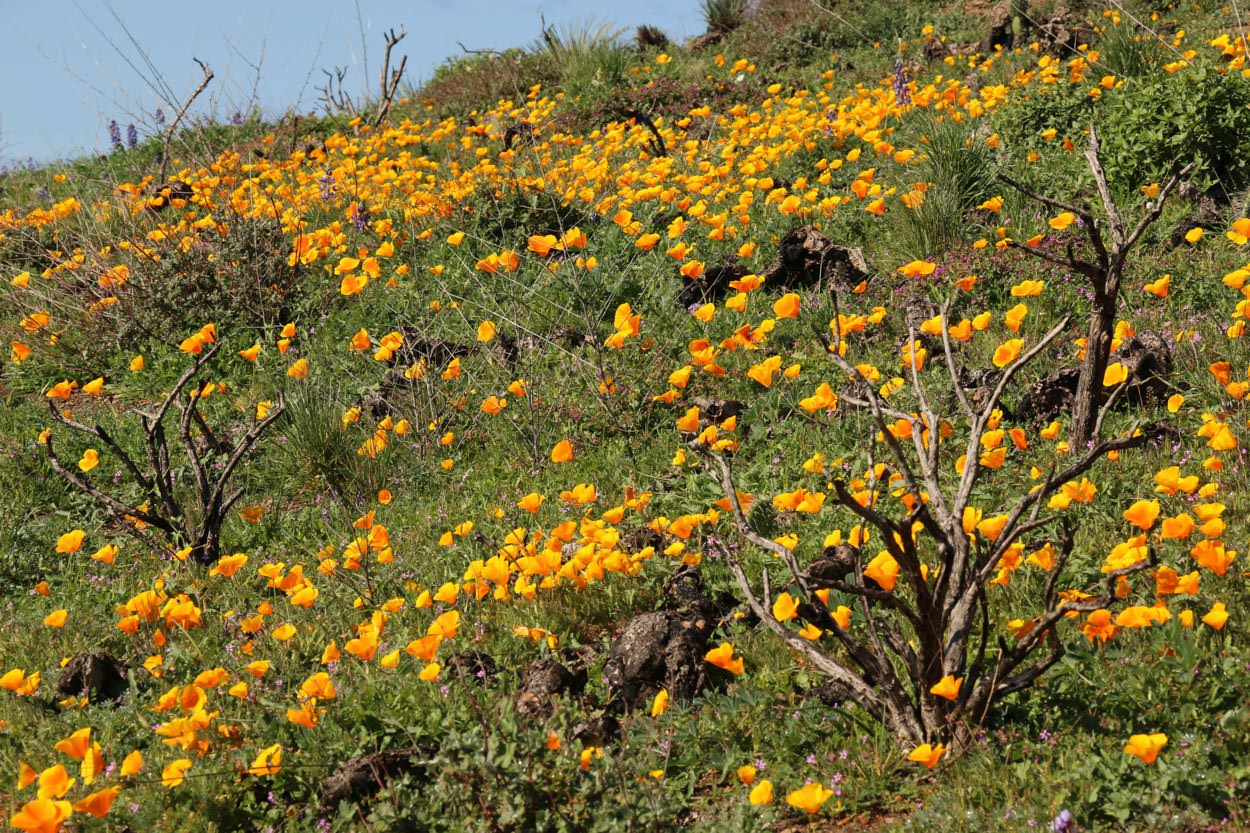 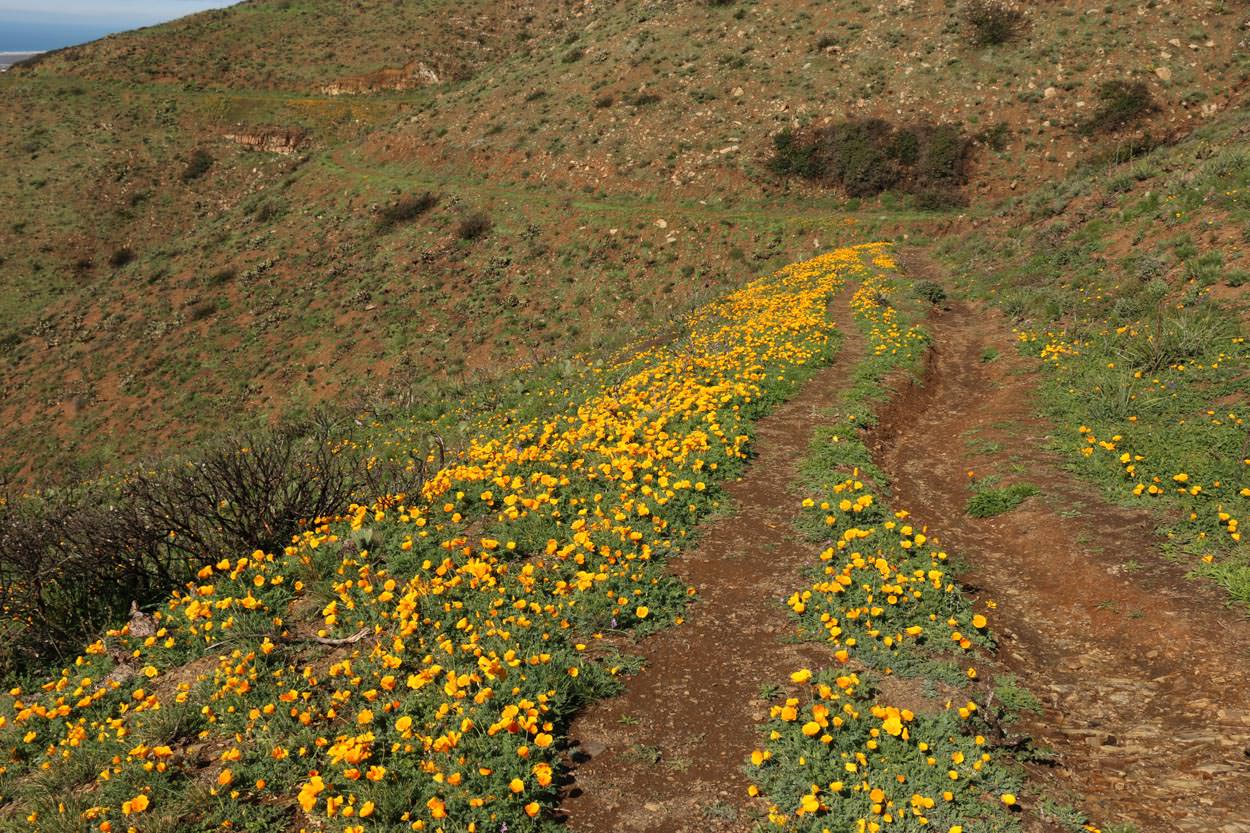 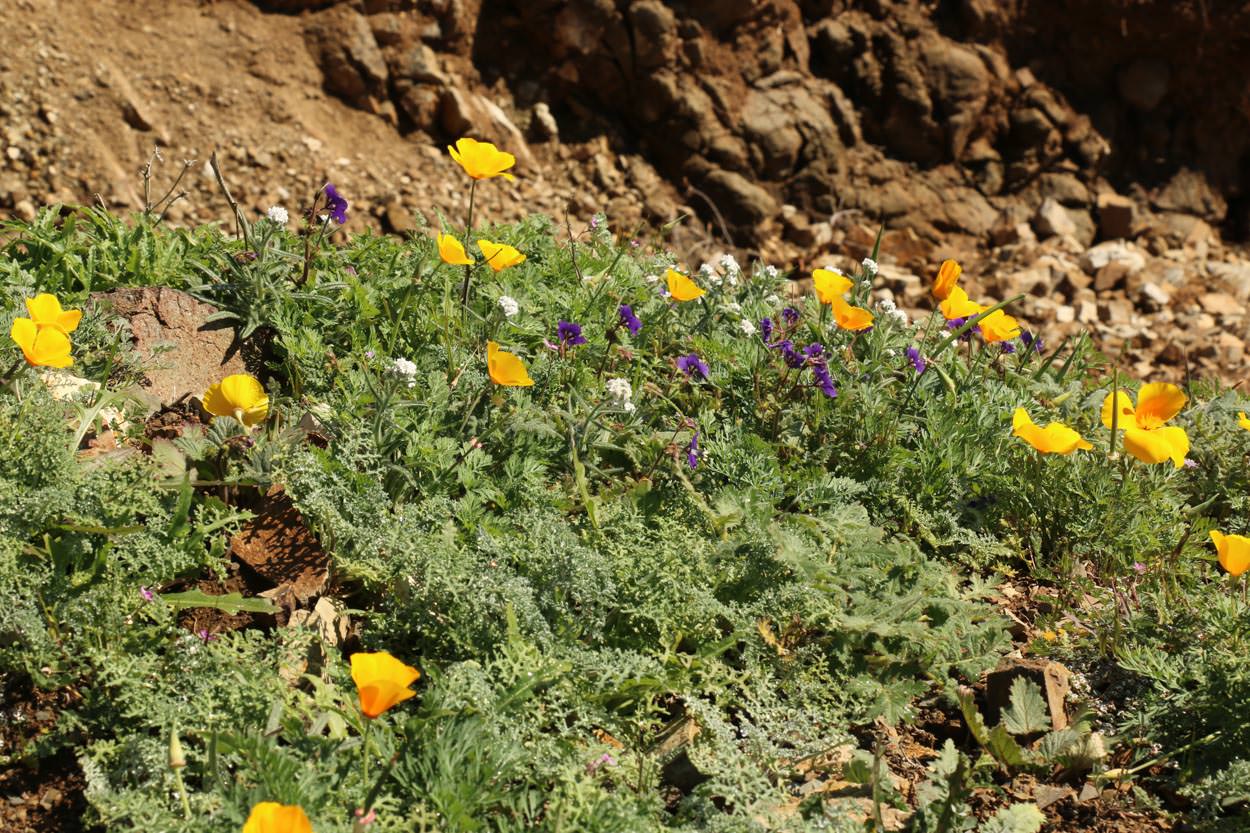 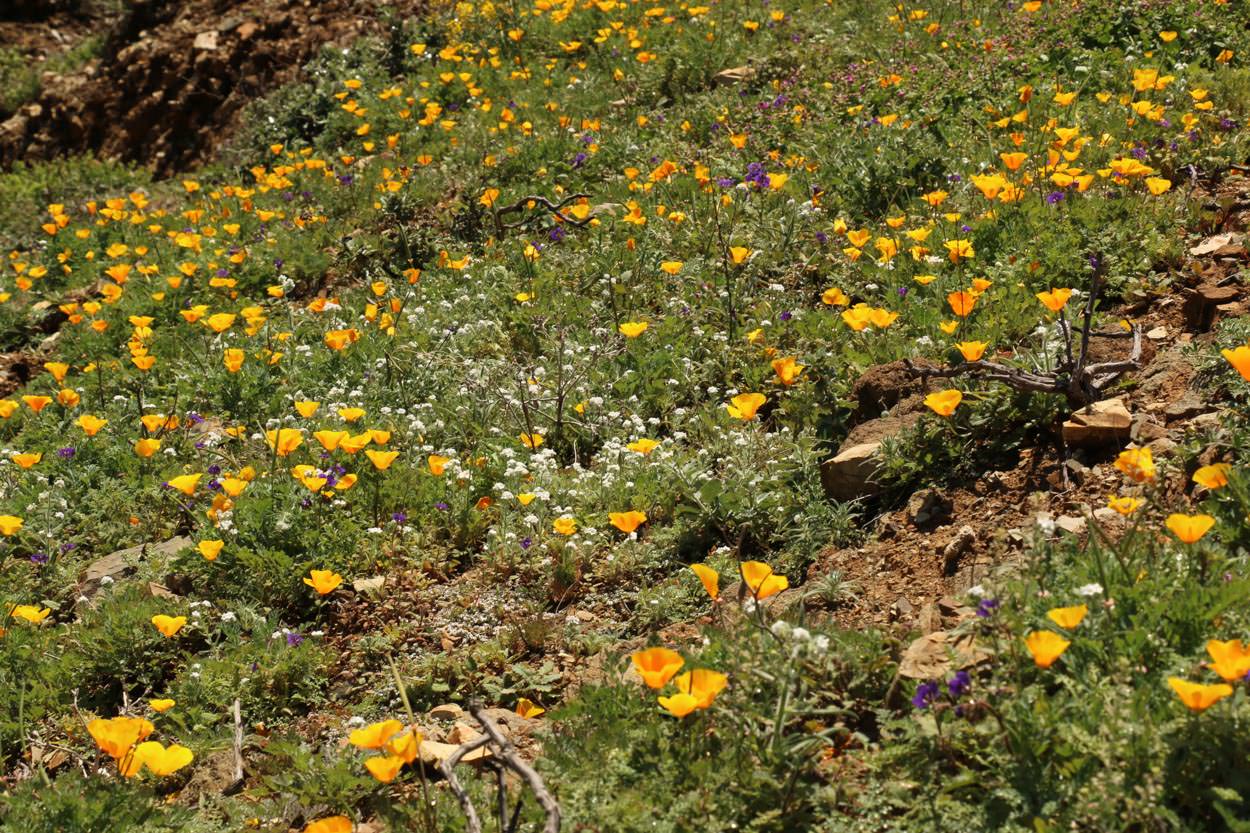 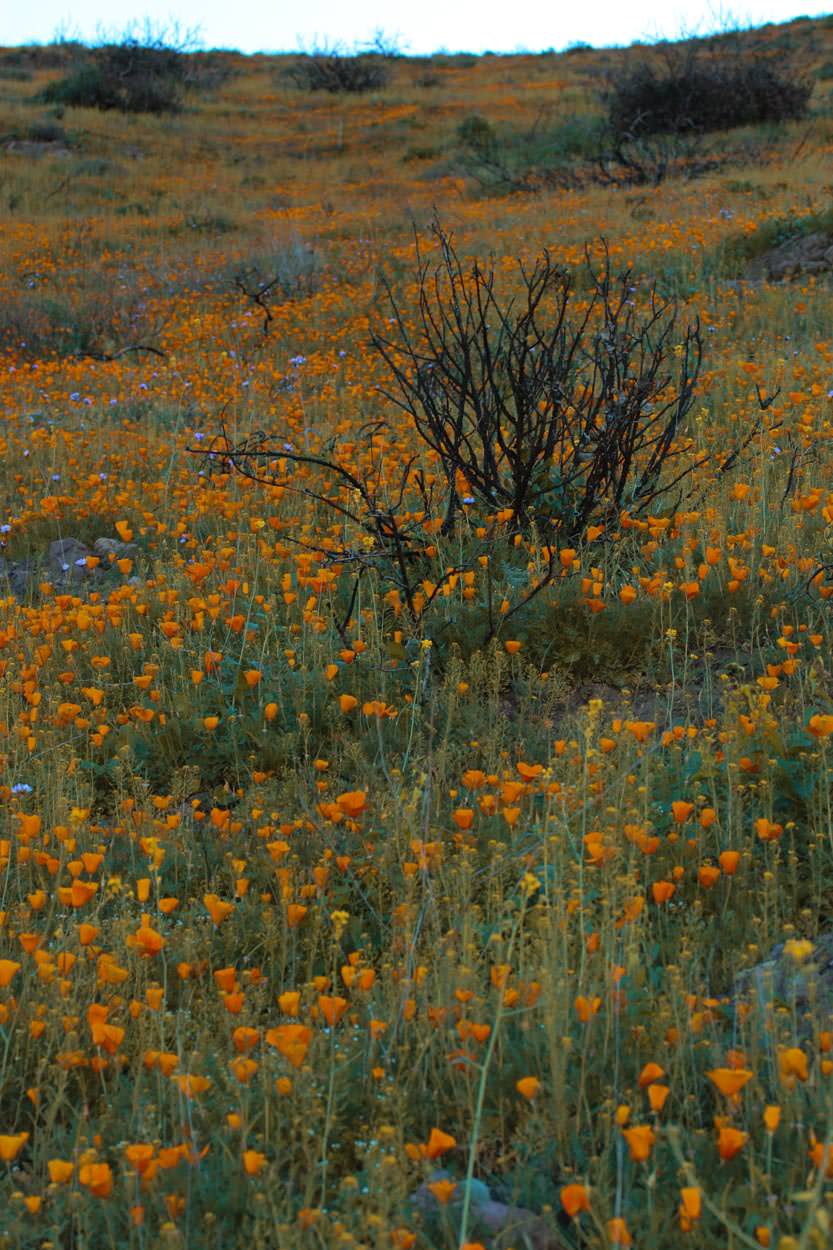 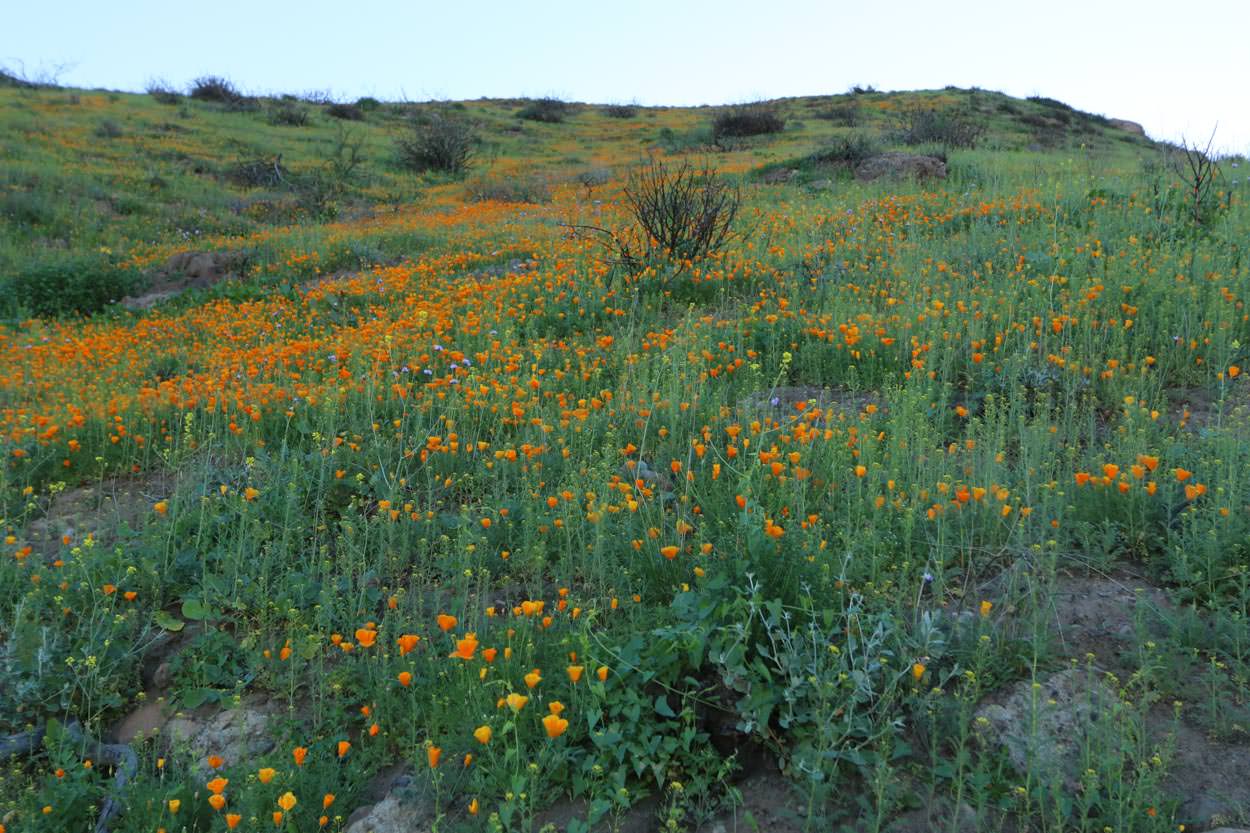 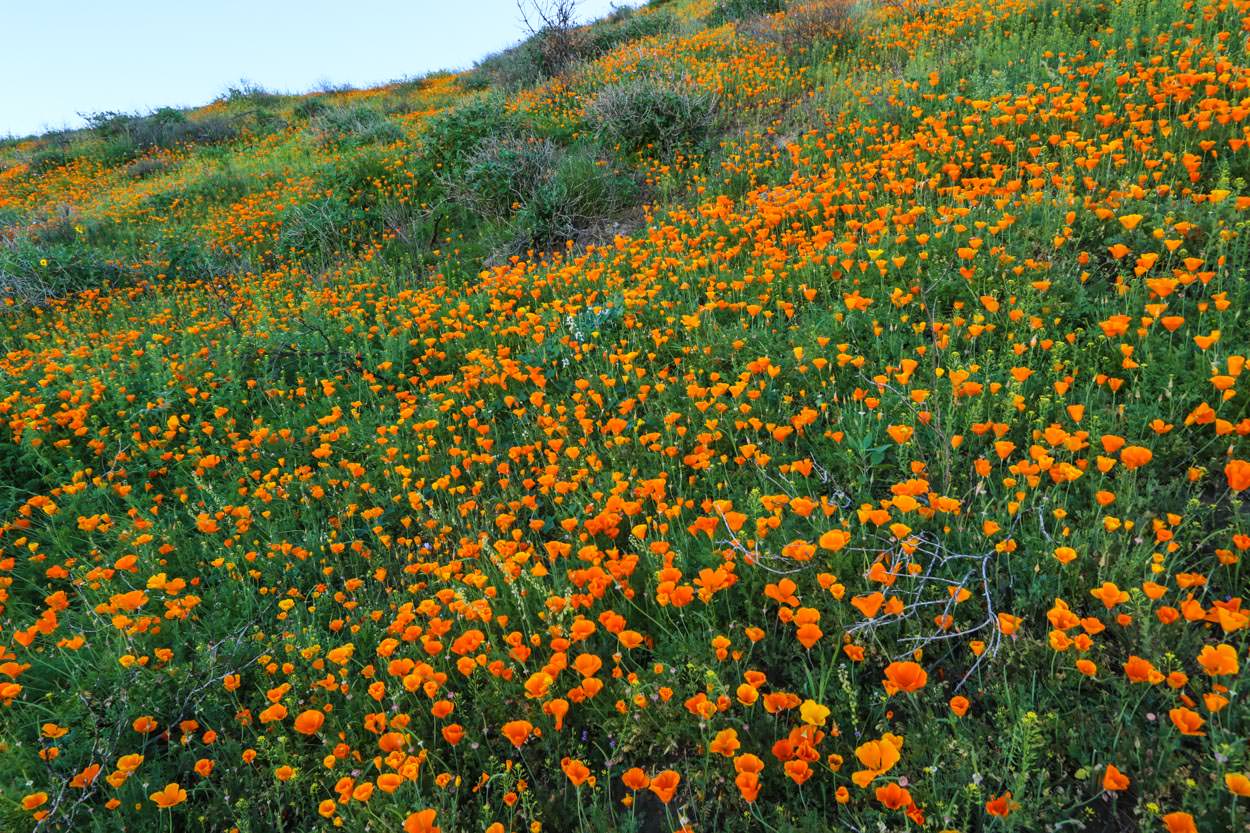 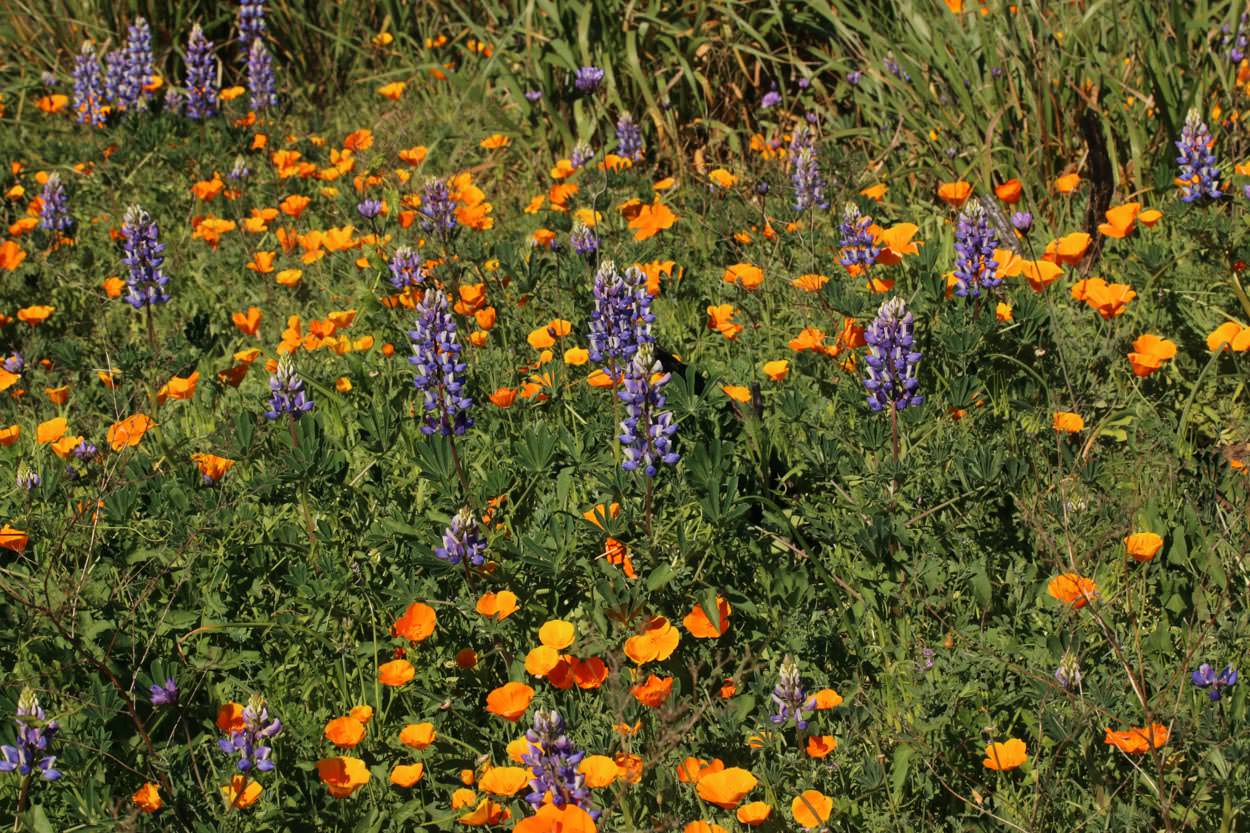 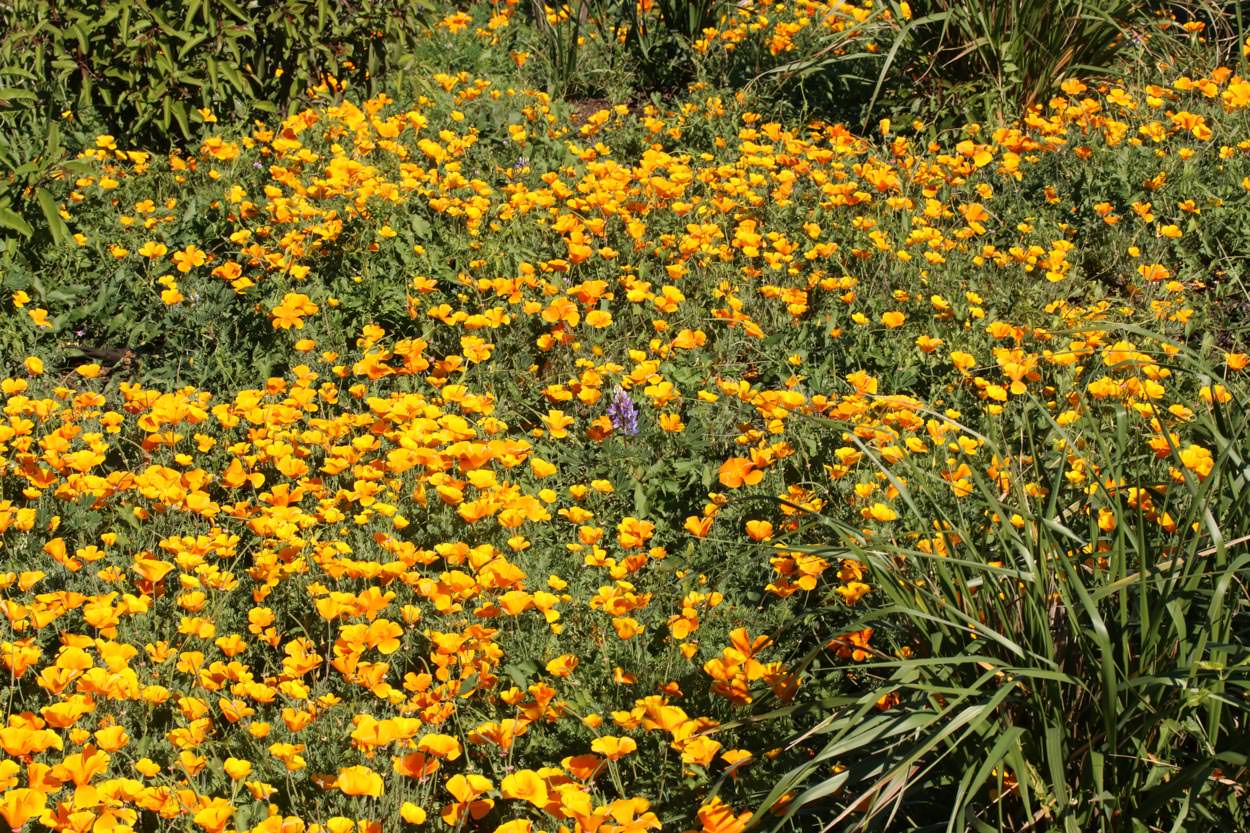 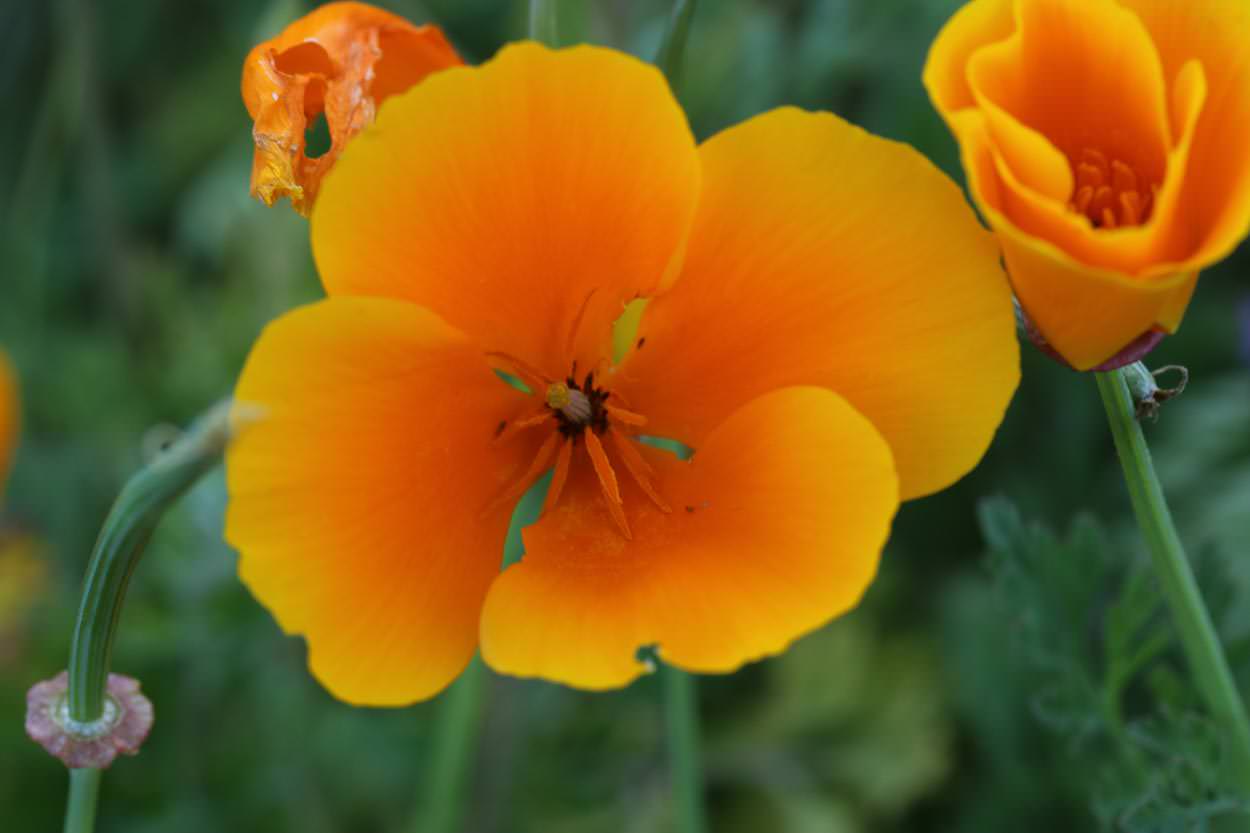 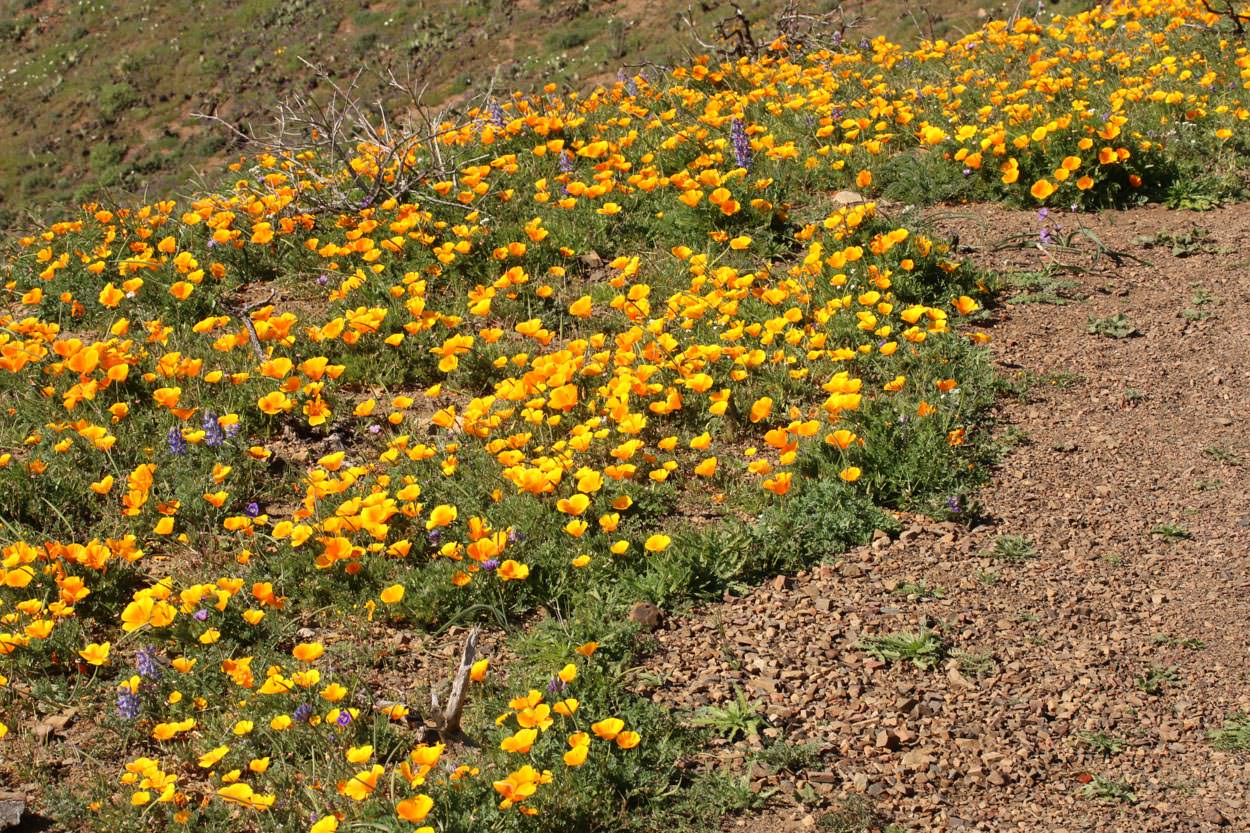 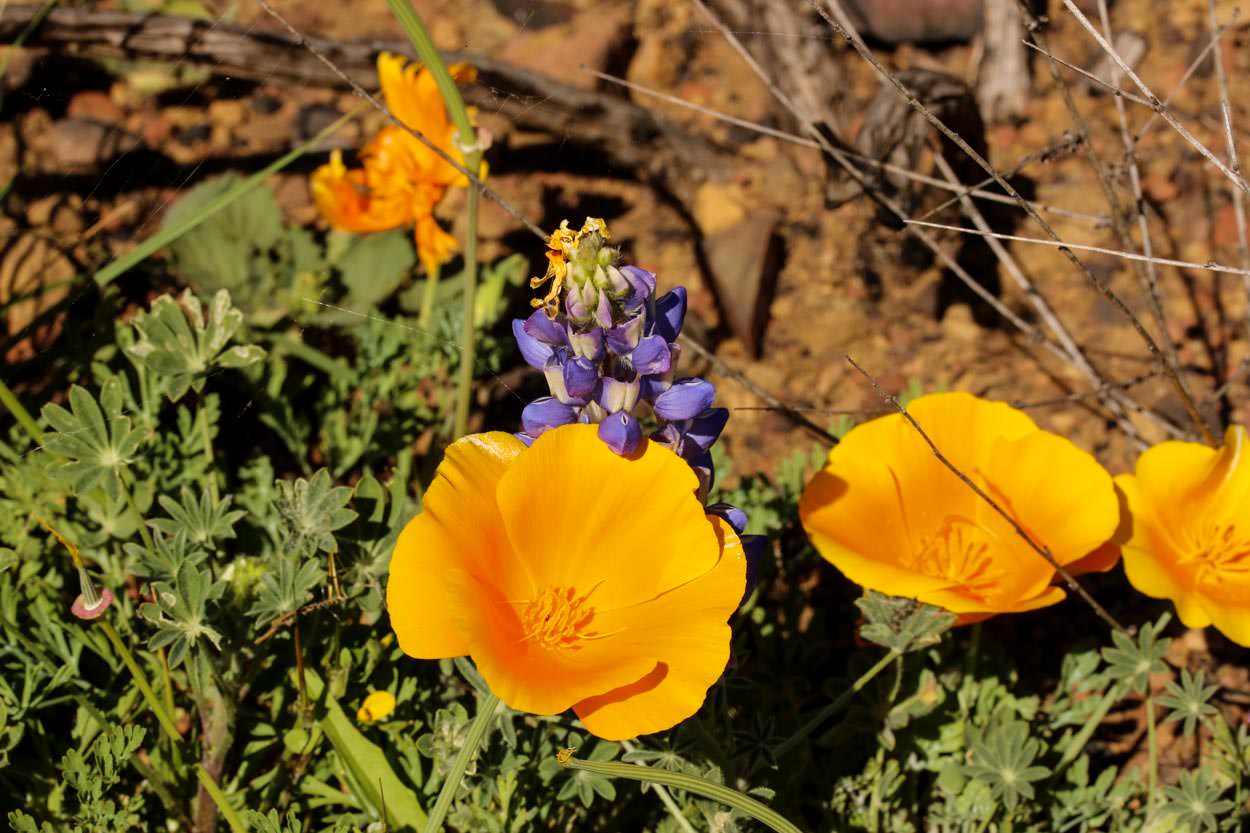 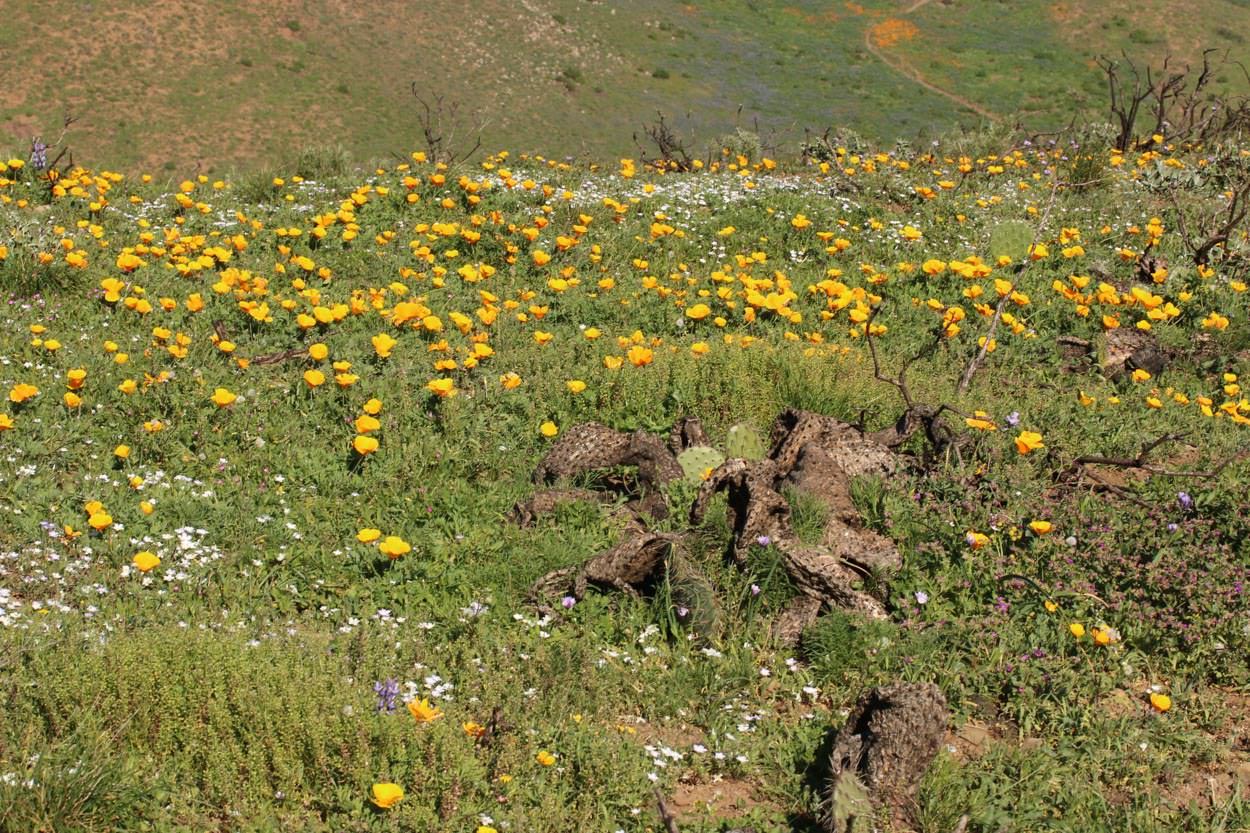 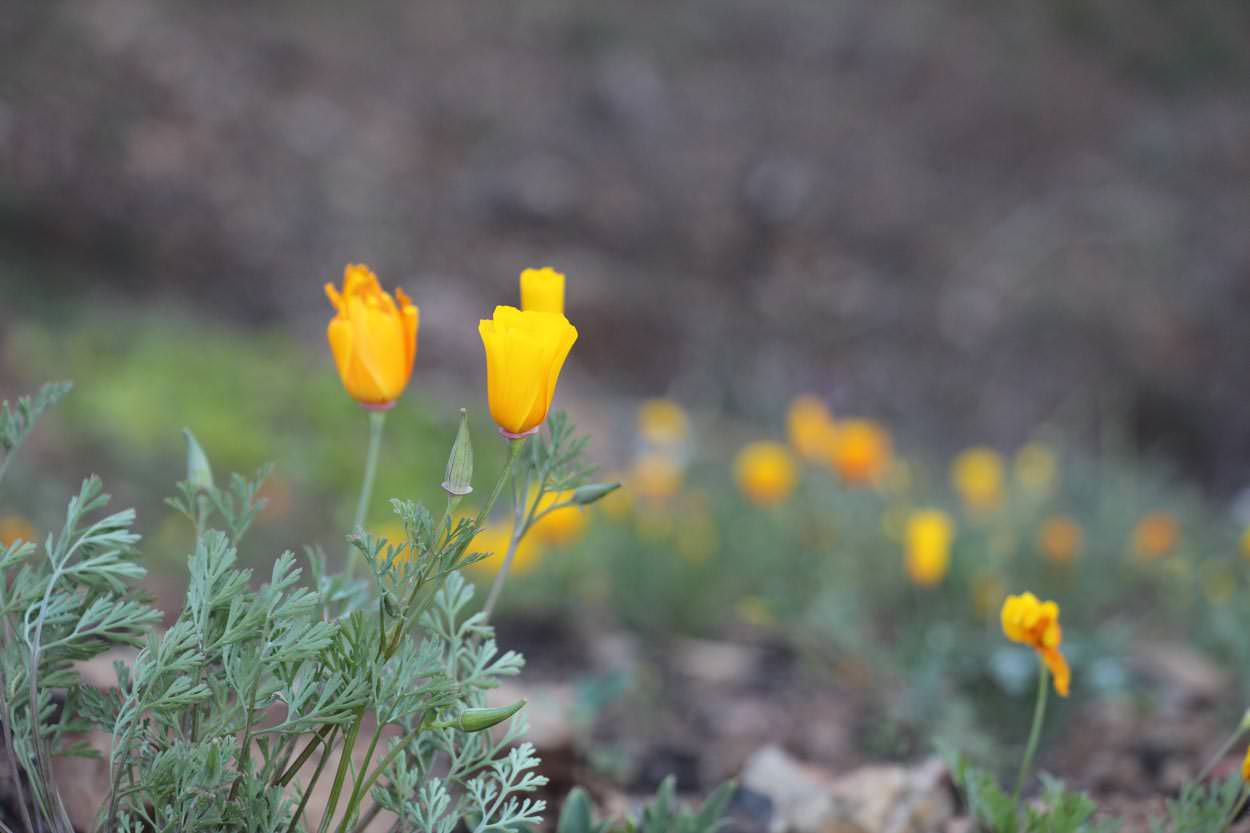 Our state flower, the California Poppy, blooms from February to September, most frequently in grasslands but it can be found throughout the state in part due to wide distribution of seed packets.

California Poppy's leaves are 1 to 2 inches long and cleft into many segments, forming a rosette at the plant's base. The solitary flowers are found nodding at the ends of 2 to 6 inch long stems, with 4 petals up to 2 1/2 inches long. The petals' color ranges from vibrantly orange to bright yellow, or sometimes a gradation of both. Petals close up at the close of day and may not open on a cloudy day, hence the plant was sometimes referred to as "the drowsy one". A small light pink disk called a torus separates the petals from the stem; if you encounter a plant that looks like the poppy but is absent the torus, you are instead looking at Eschscholzia caespitosa, the California collarless poppy. California Poppy should be considered toxic and has narcotic properties.

The genus name Eschscholzia comes from a 19th century Eastern European surgeon, entomologist and botanist named Dr. Johann Friedrich Gustav von Eschscholtz. California Poppy is one of the first plants to repopulate an area that has experienced fire.