Plant of the Month - California Thistle 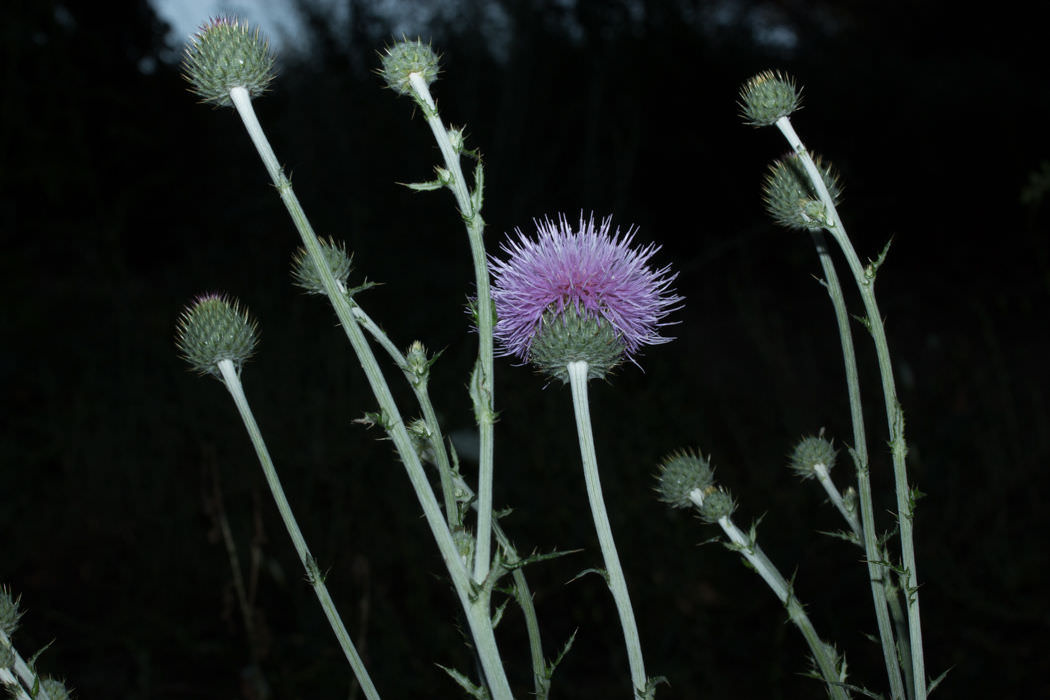 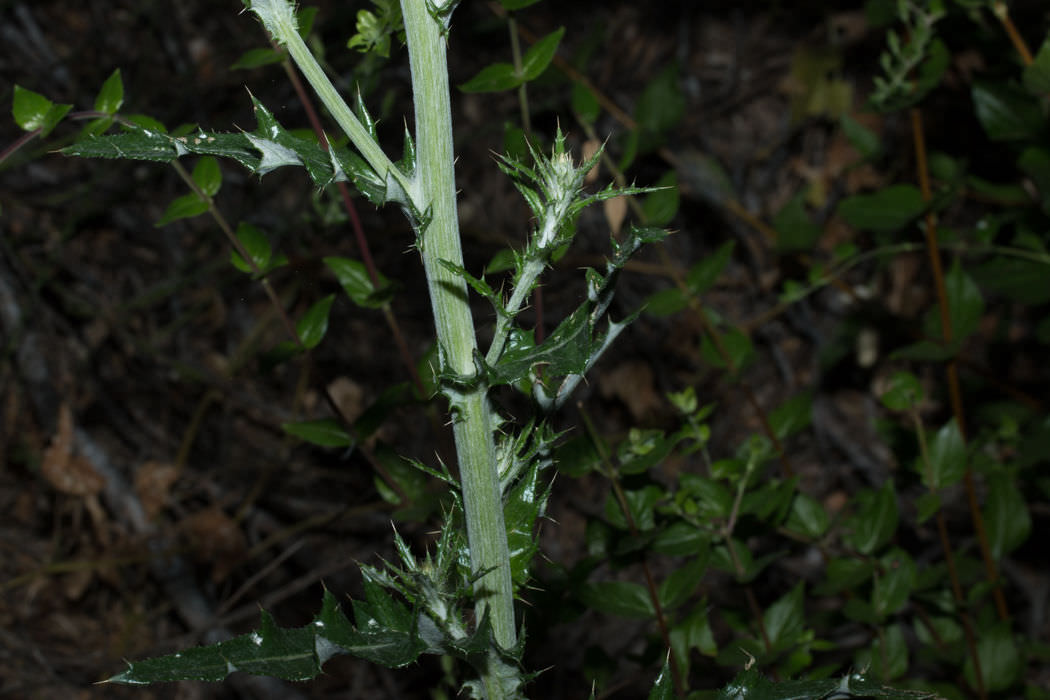 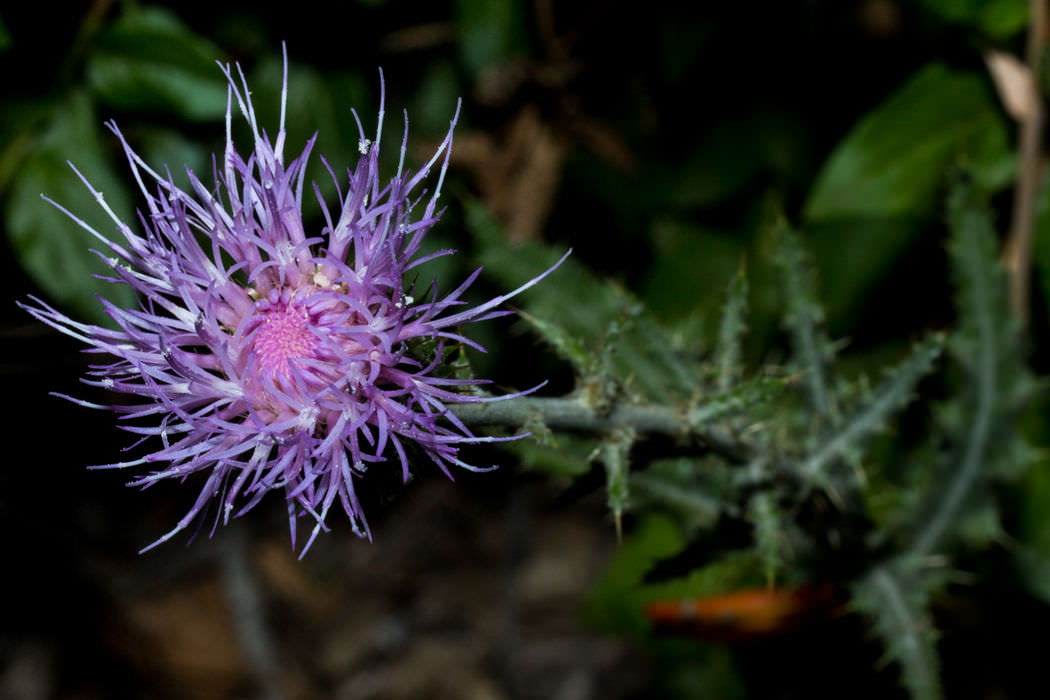 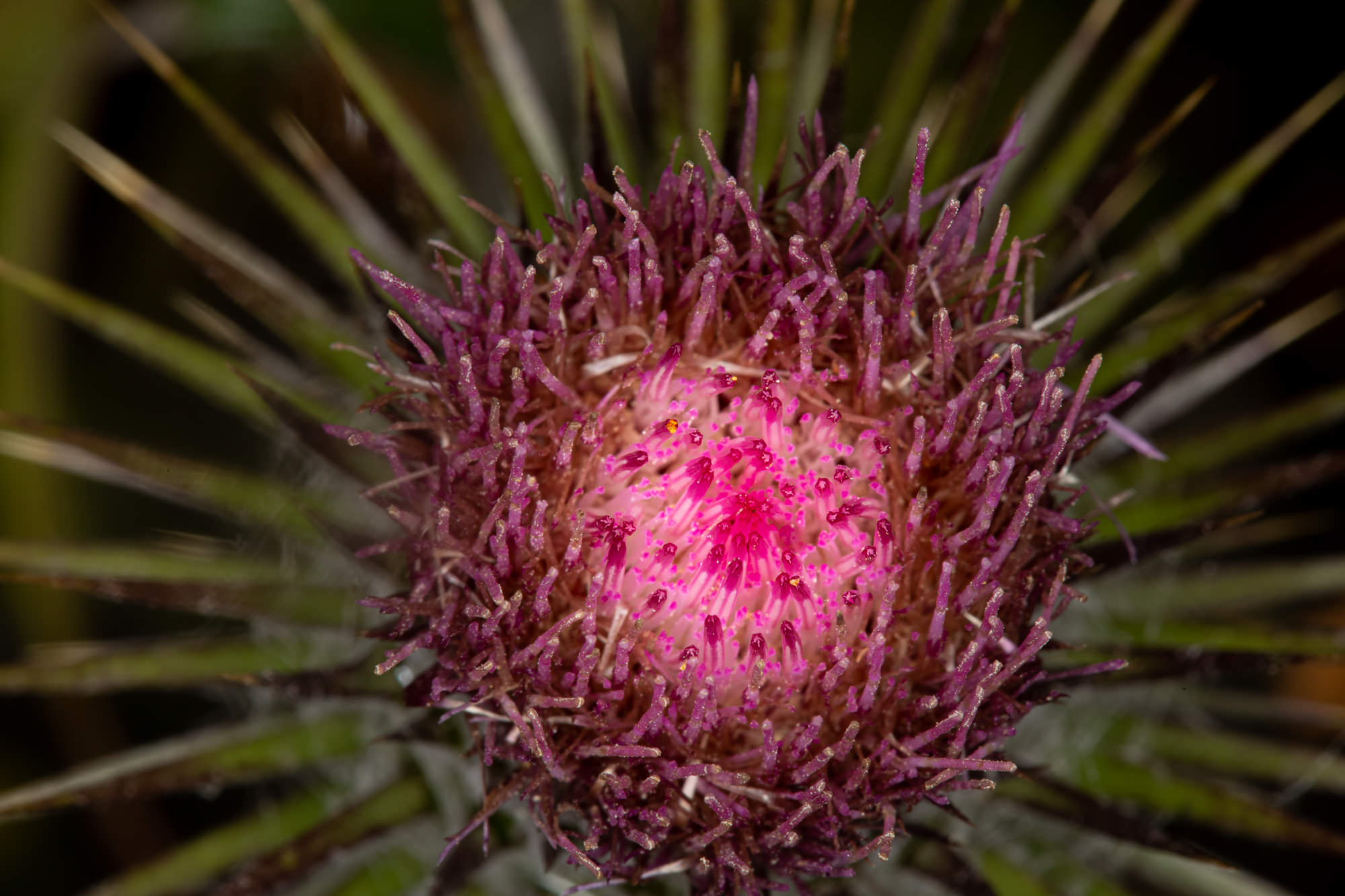 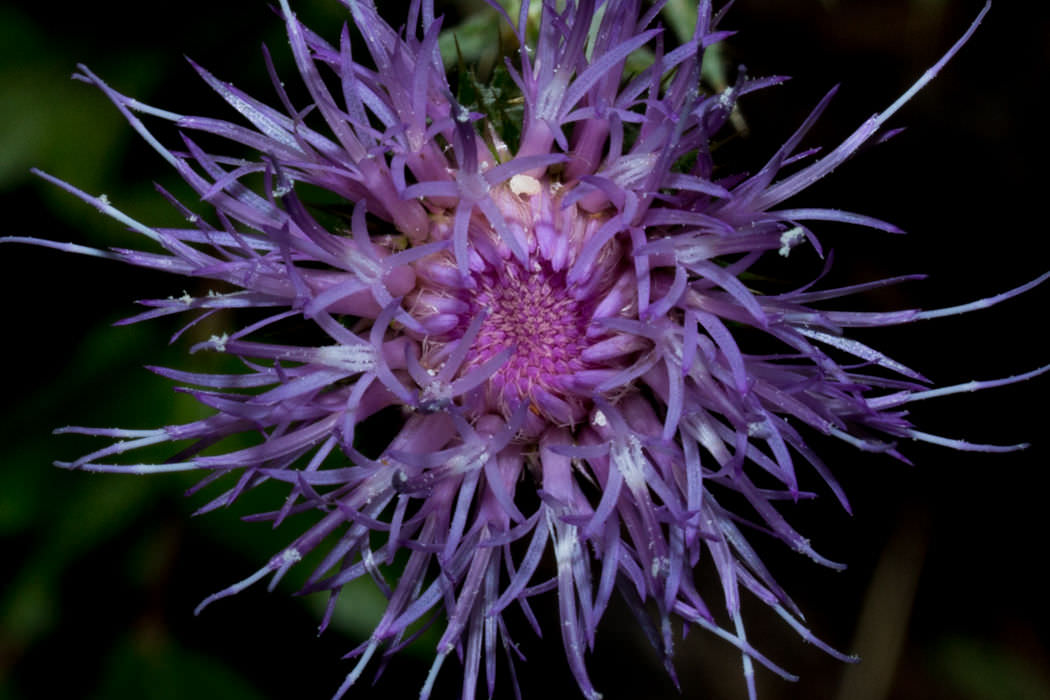 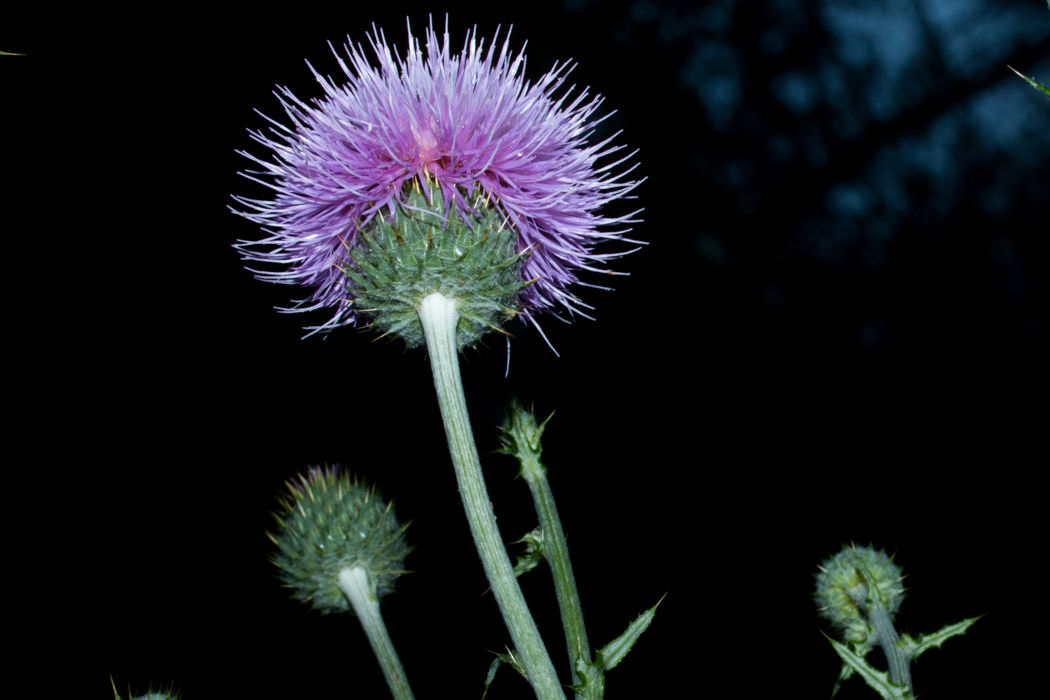 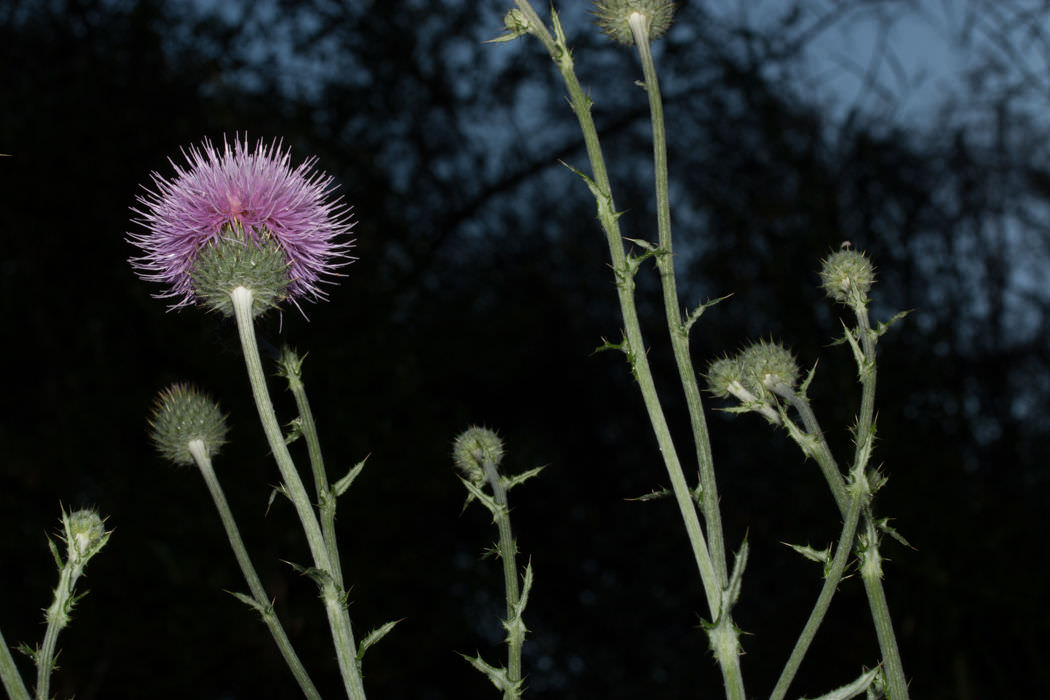 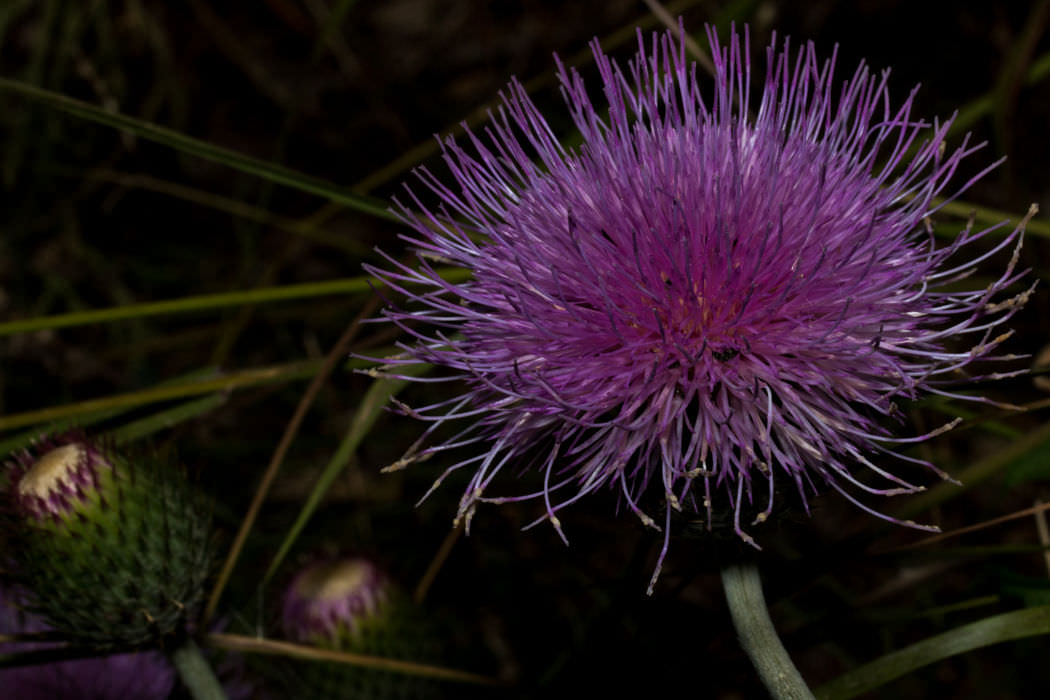 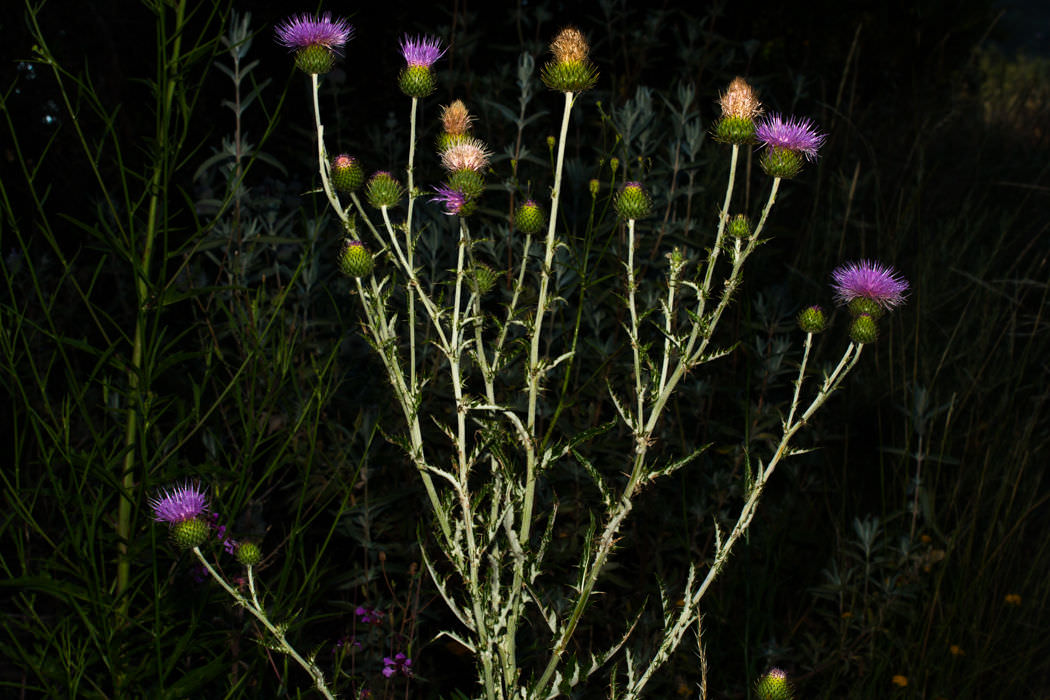 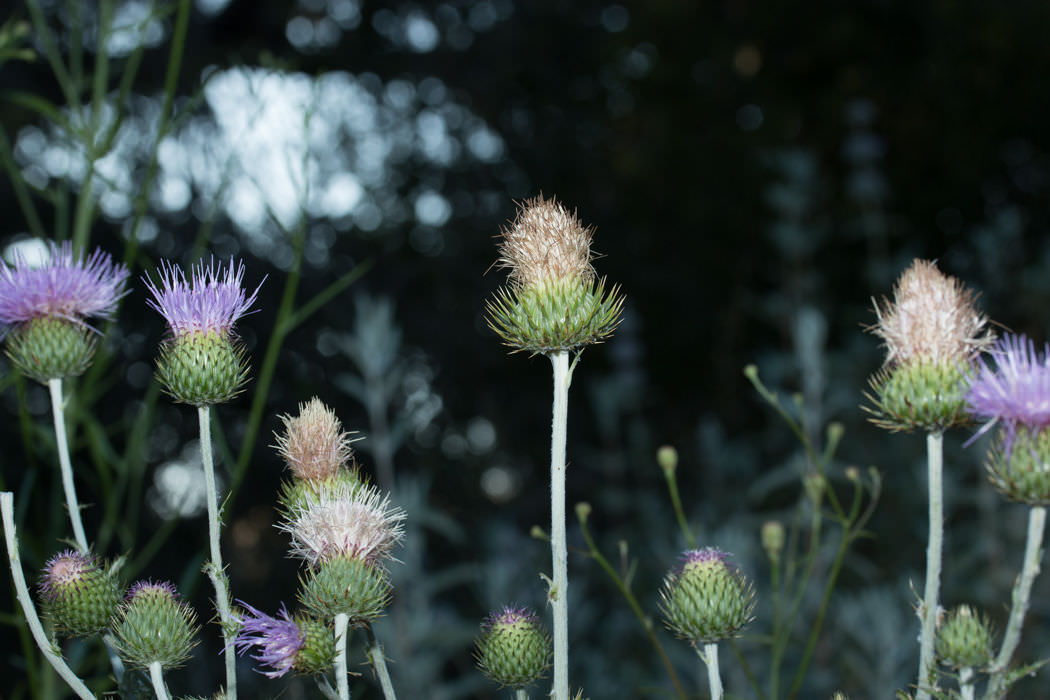 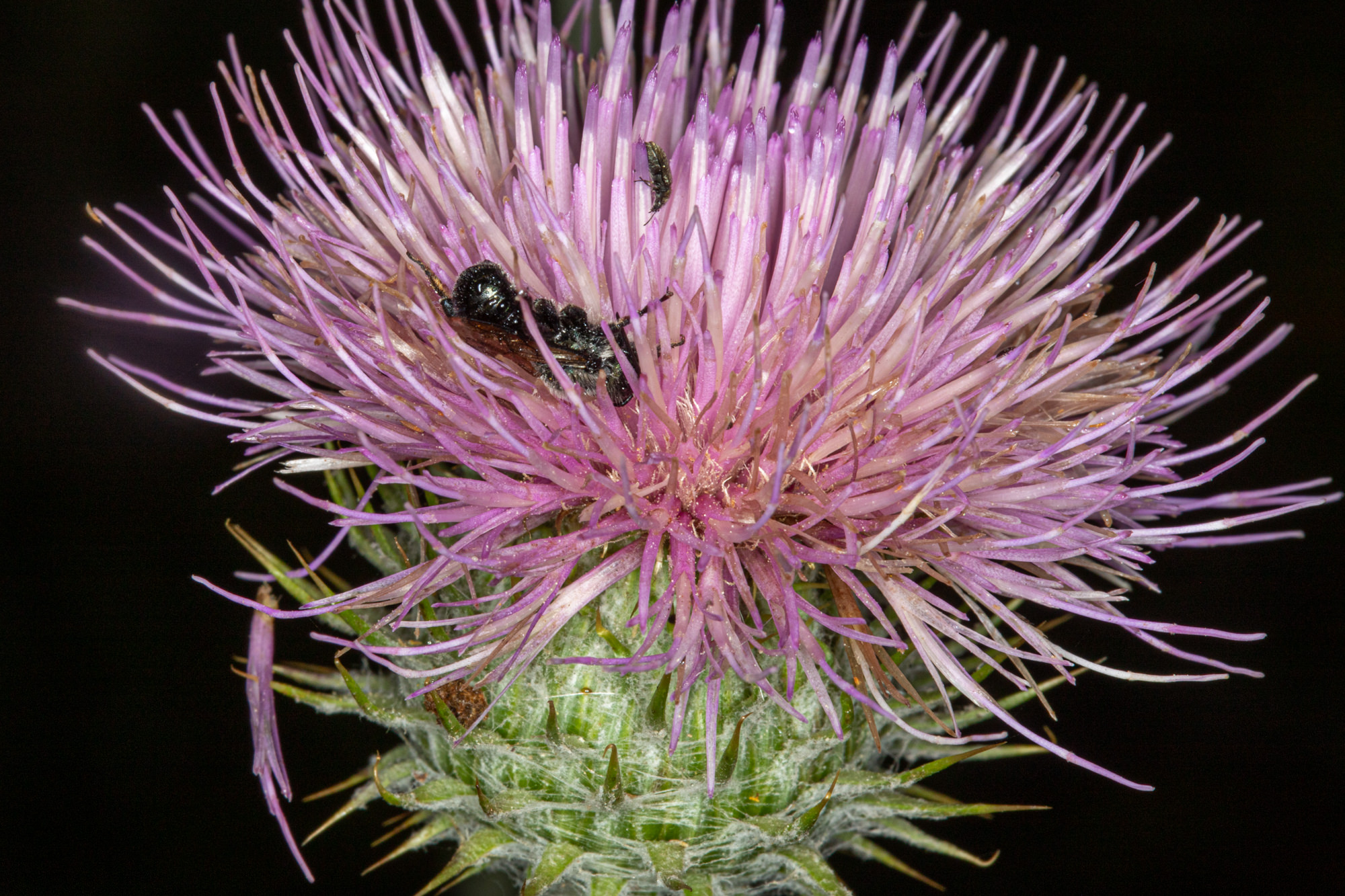 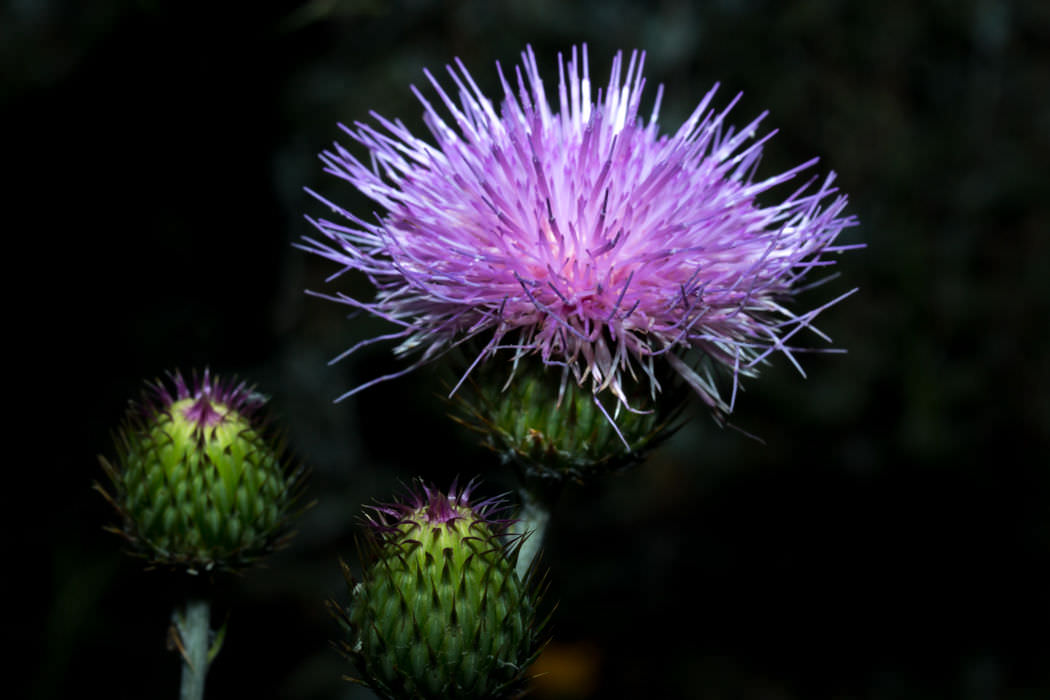 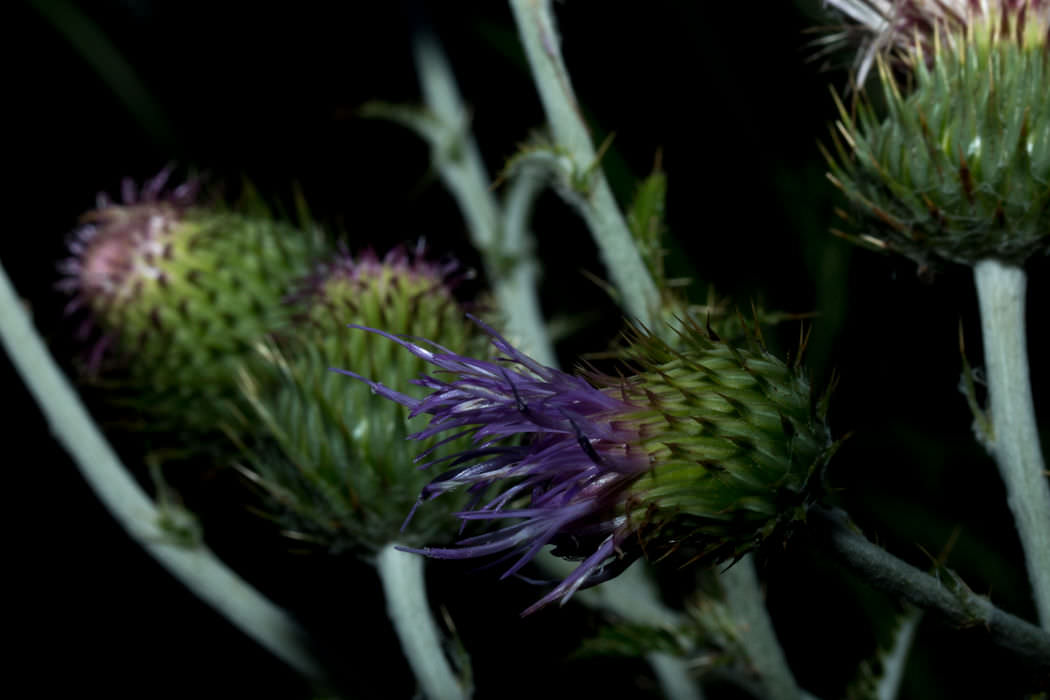 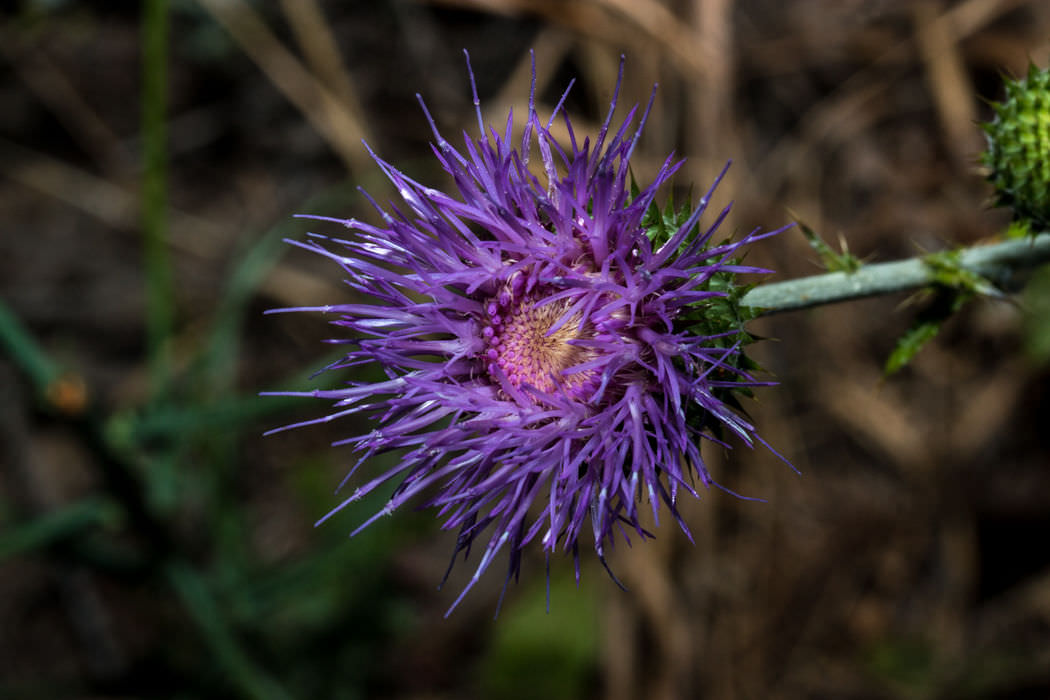 California Thistle Cirsium occidentale var californicum is a Perennial herb native to the Santa Monica Mountains and endemic to California (i.e. found nowhere else). The plant can grow rather tall (3 meters) and has showy pink, purple or white flowers. It is unlikely that you would find these thistles in densities that you would find the invasive thistles that grow in our mountains.

A similar appearing plant is the Bull Thistle Cirsium vulgare. Differences between leaves and flower heads can be tricky for most of us. The California Thistle has a spherical flower head and the Bull Thistle is more like a pear or bell. The stalks are also different: leafs sparse above the basal rosette versus lots of nasty spikes and sharp pointed leaves. In addition to California Thistle, you may also find another native Thistle: Cirsium occidentale var. occidentale, commonly called Red Thistle or Cobwebby Thistle, in the Santa Monica Mountains. (While California Thistle is occasionally called Cobwebby Thistle as well, this common name is more likely to refer to the occidentale variety.) Red Thistle often has a sturdier appearance (bigger stems), redder disk flowers and more cobwebby involucres; also the size of the disk flowers is smaller in relation to the involucre in Red Thistle, and it is more likely to grow nearer to the coast than California Thistle.

Most leaves of California Thistle are found at the base of the plant. Spiny but otherwise elliptical, deeply creased or cleft, and grayer underneath, they can be up to 14 inches long. Stems are long and branching, and atop each branch there grows a single flower. The larger, more colorful upper part of the flower, a tuft of pink, purple or white hairy structures about 1 inch high, is essentially a cluster of disk flowers. It surprised me to learn that this plant is a member of the Sunflower family. Disk flowers (the center of the flower is made up of fully functioning flowers known as disk flowers) however, there are no ray flowers. Each disk flower produces one dry, single-seeded fruit, called an achene. Viewing this part with a loupe look reveals that each bristle has very fine hairs - think Dandelions, which makes it easy for the wind to disperse the seed. The base of the flower head - the greenish, bristly, spherical structure just below the pink-purple disk flowers and above the stem - is called an involucre. Specialized leaf-like structures called bracts - also called phyllaries in plants like this - are what make up the involucre and give it its bristly appearance. Frequently some thin white fibers are also present here, which look like cobwebs.

The genus name Cirsium is a Greek word for thistle, and the species name occidentale means "from the west".