Plant of the Month - California Walnut 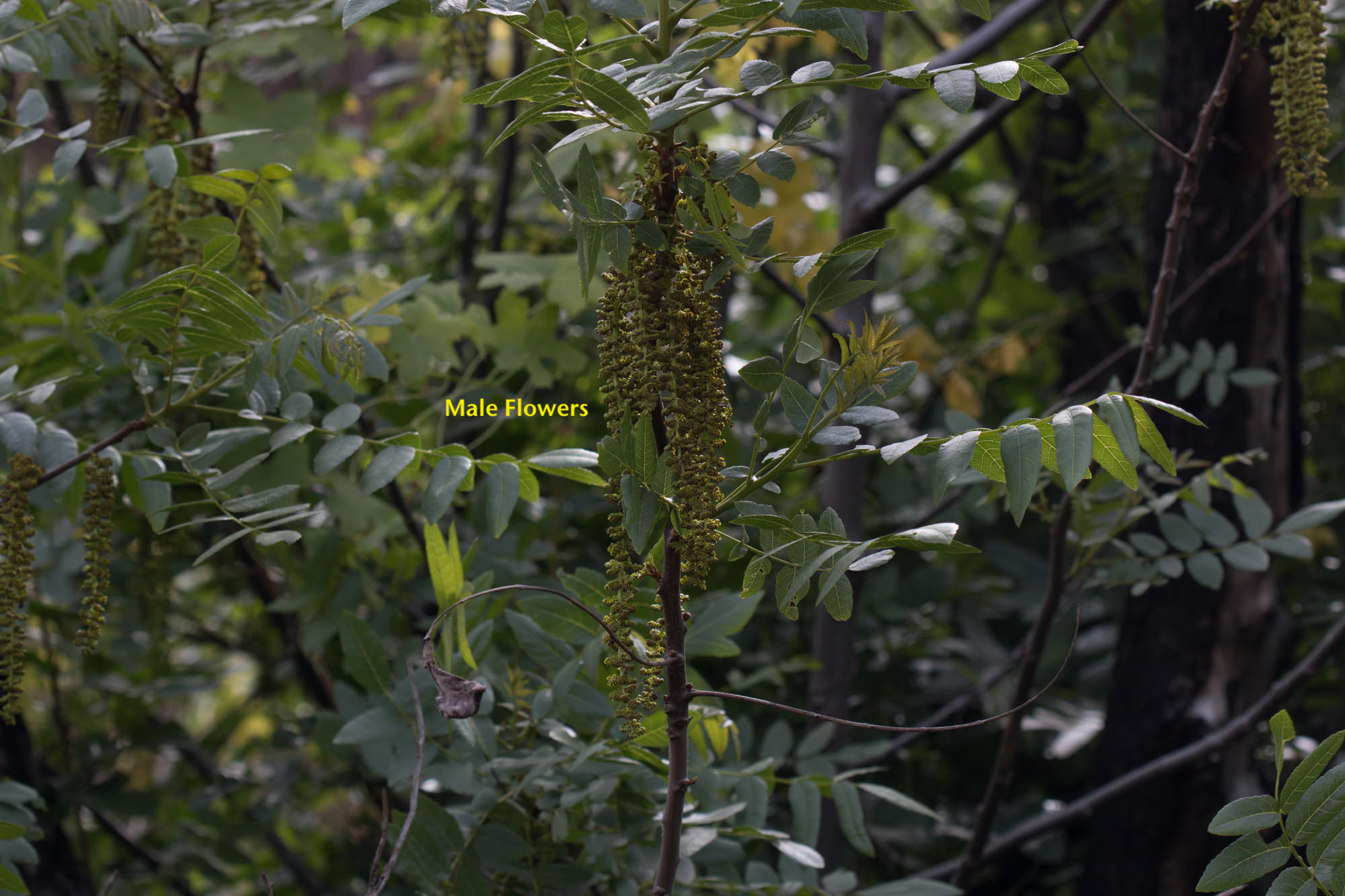 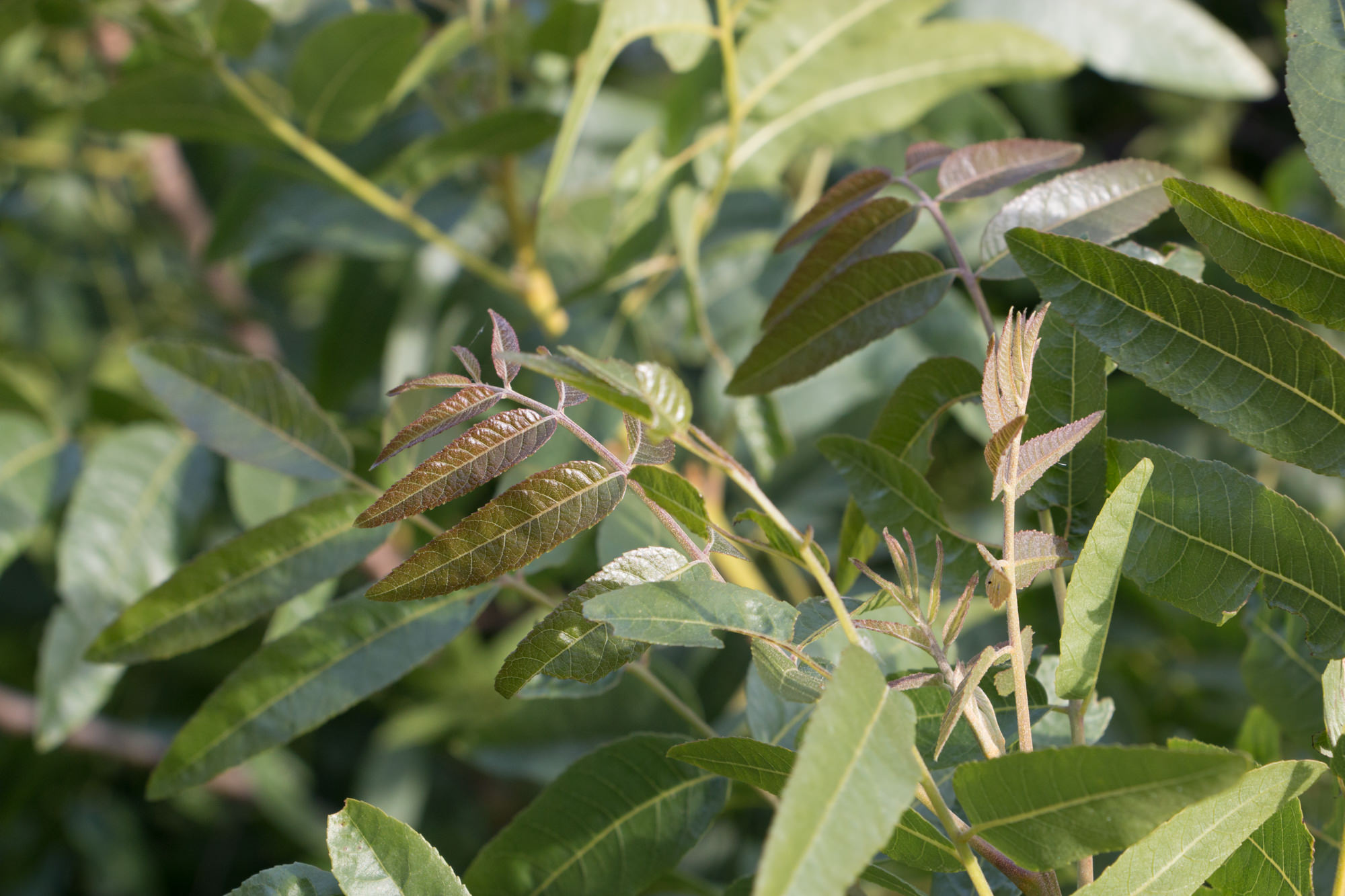 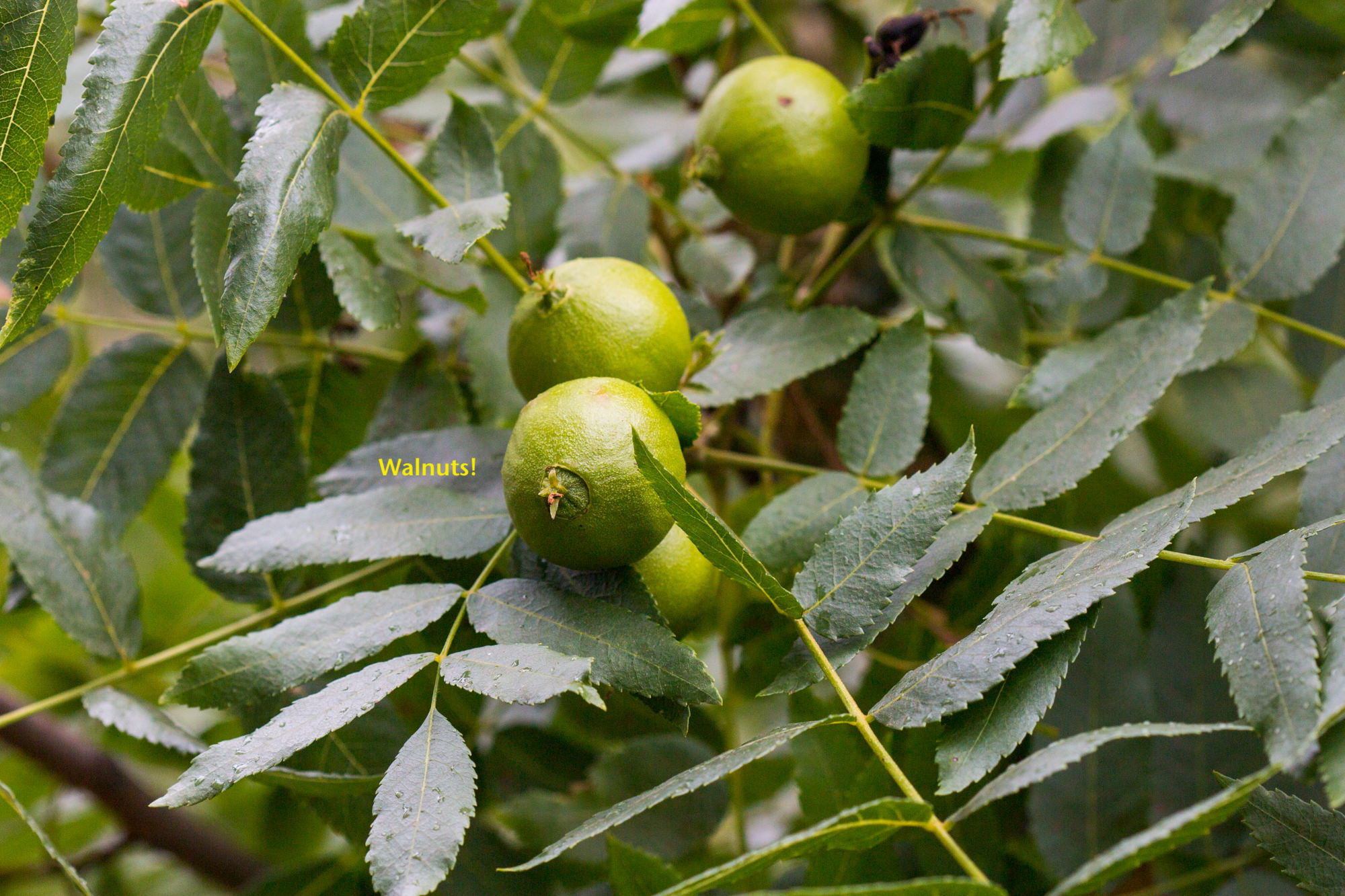 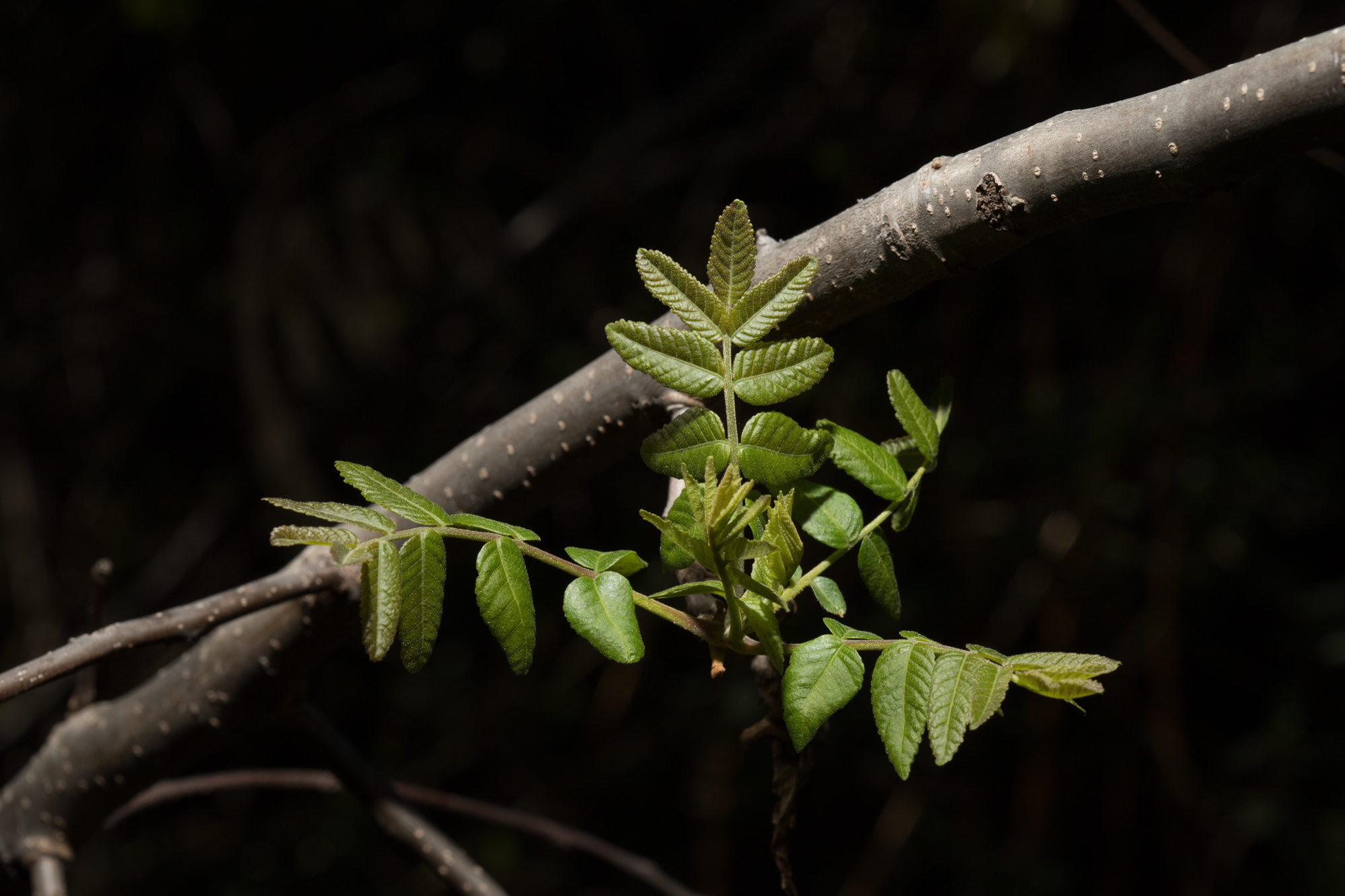 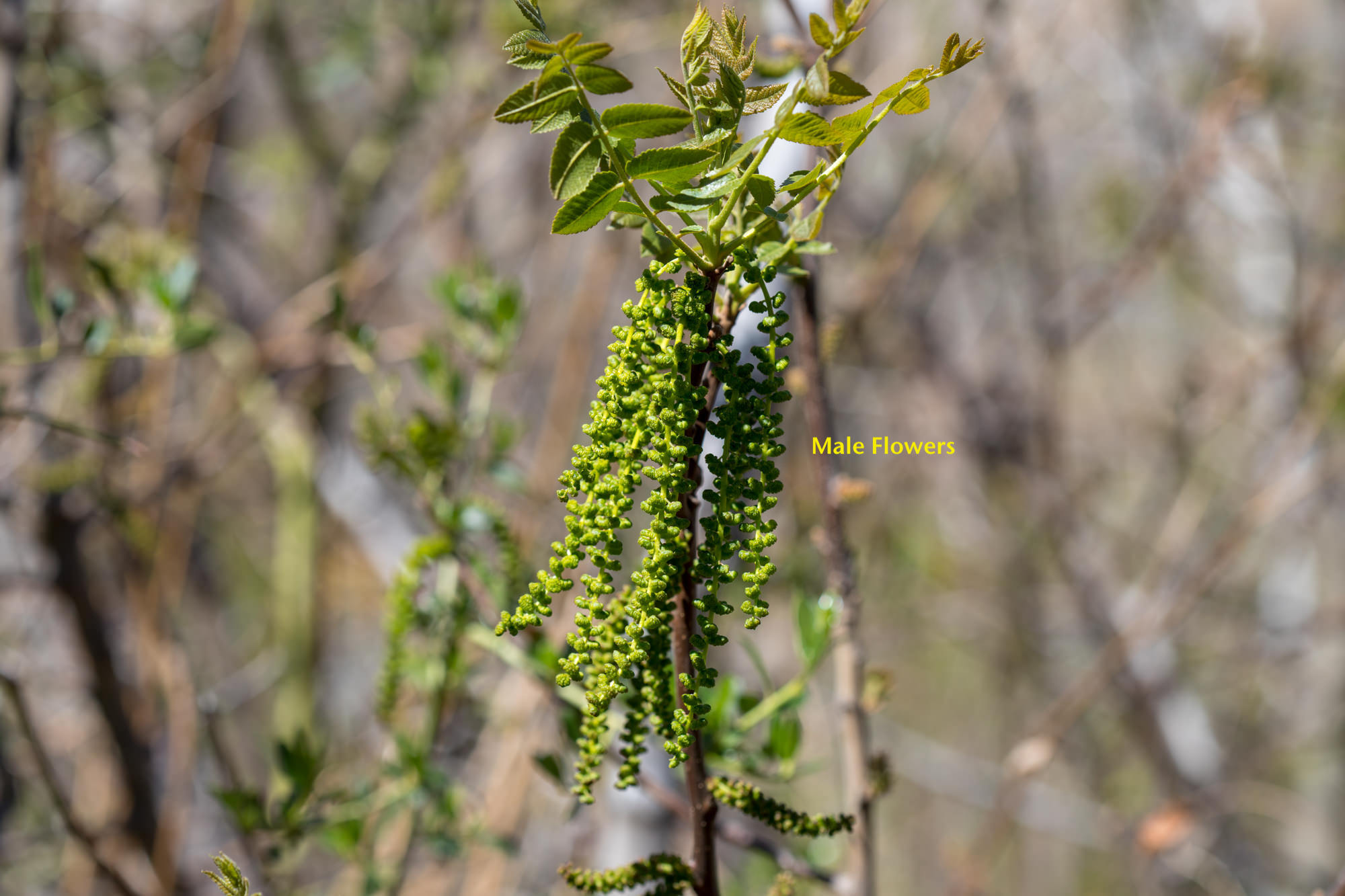 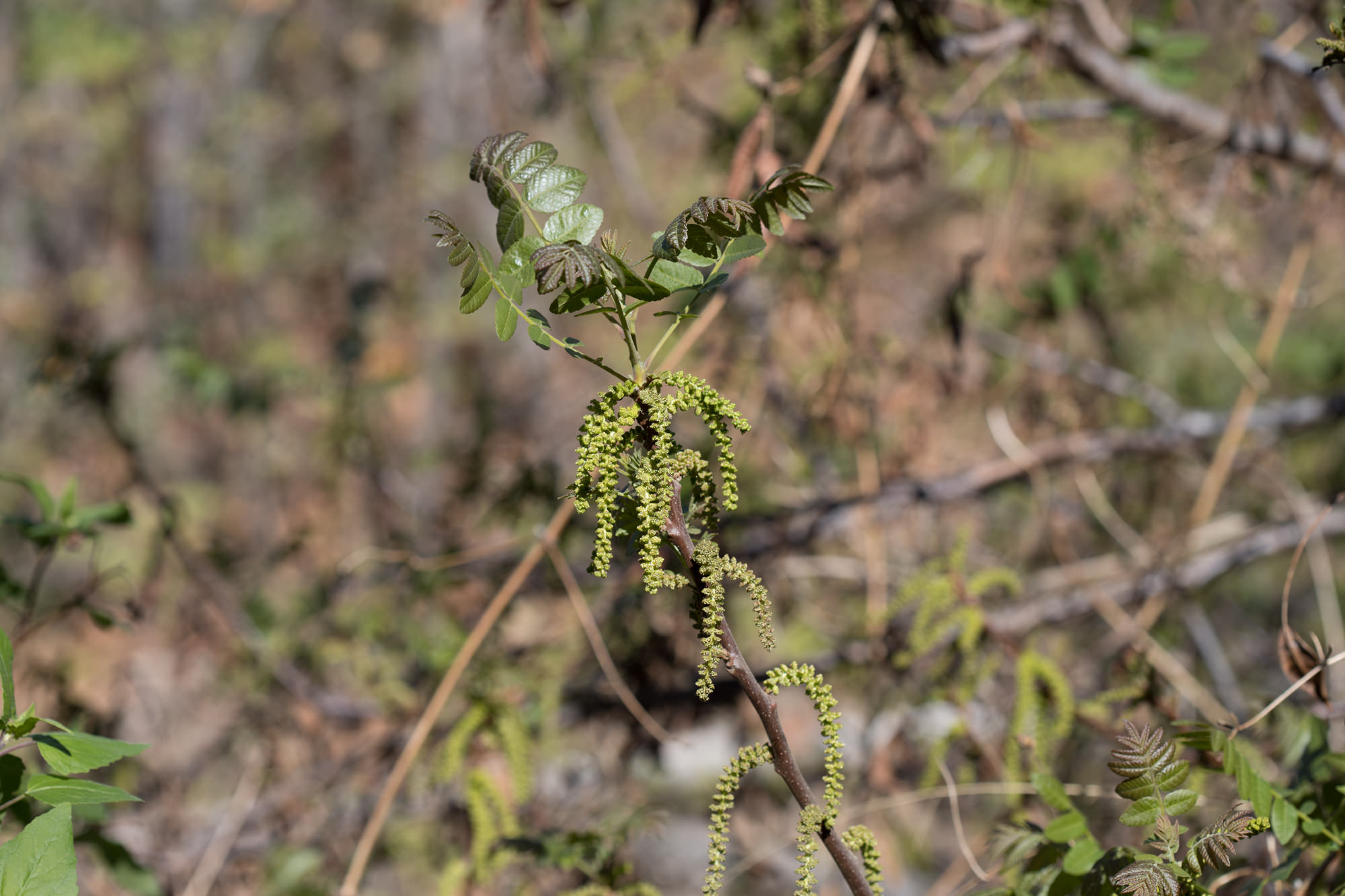 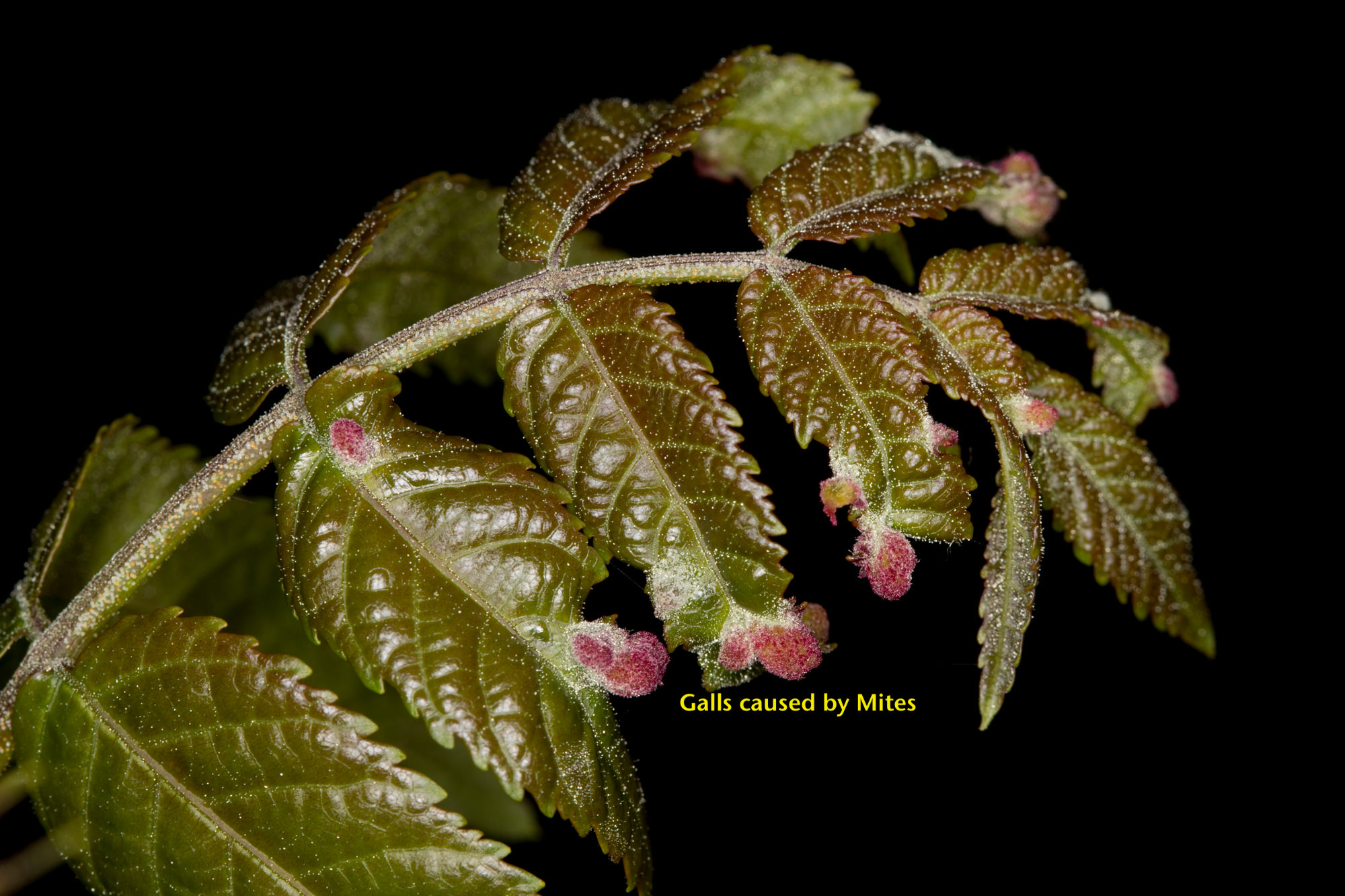 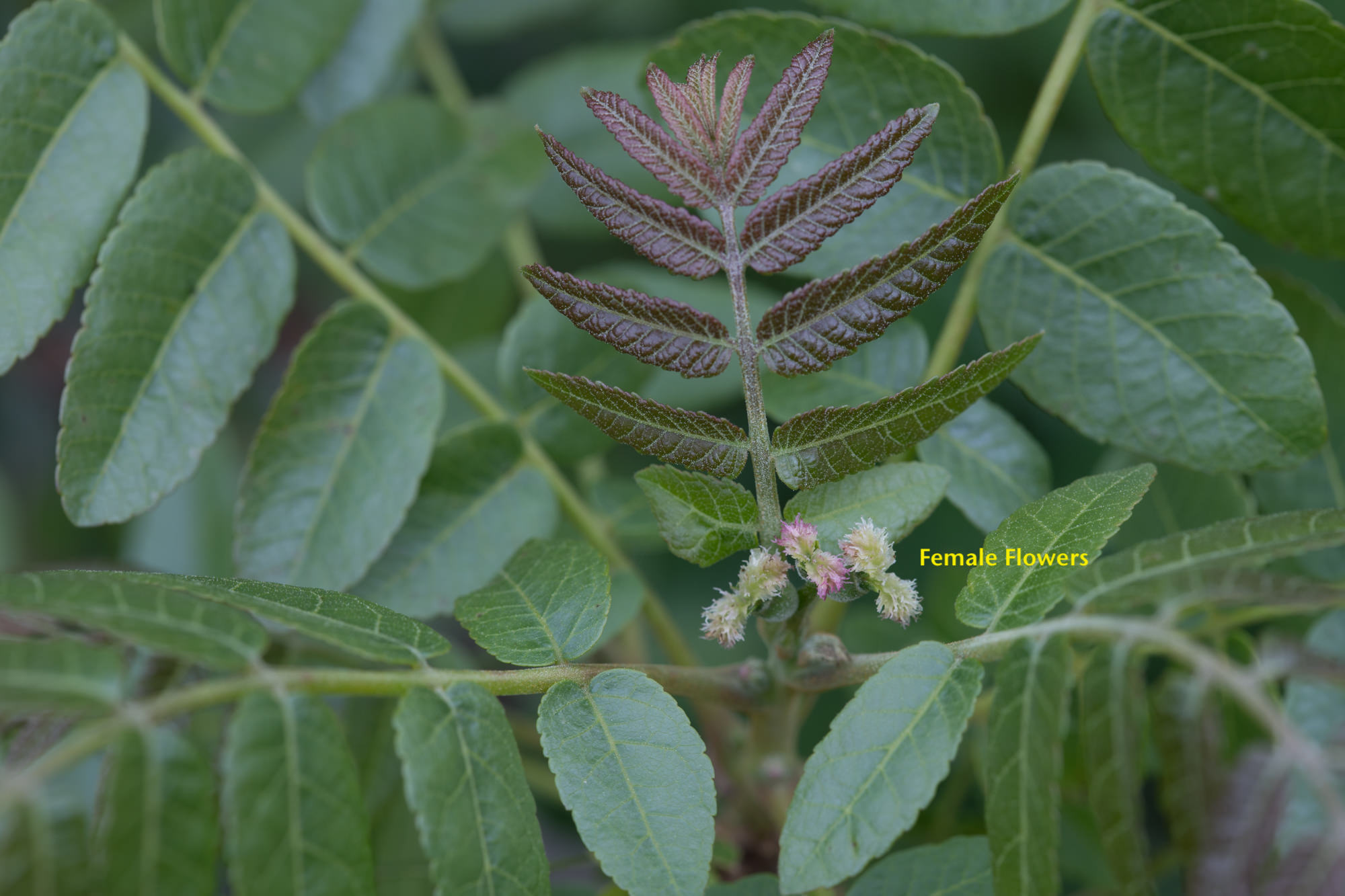 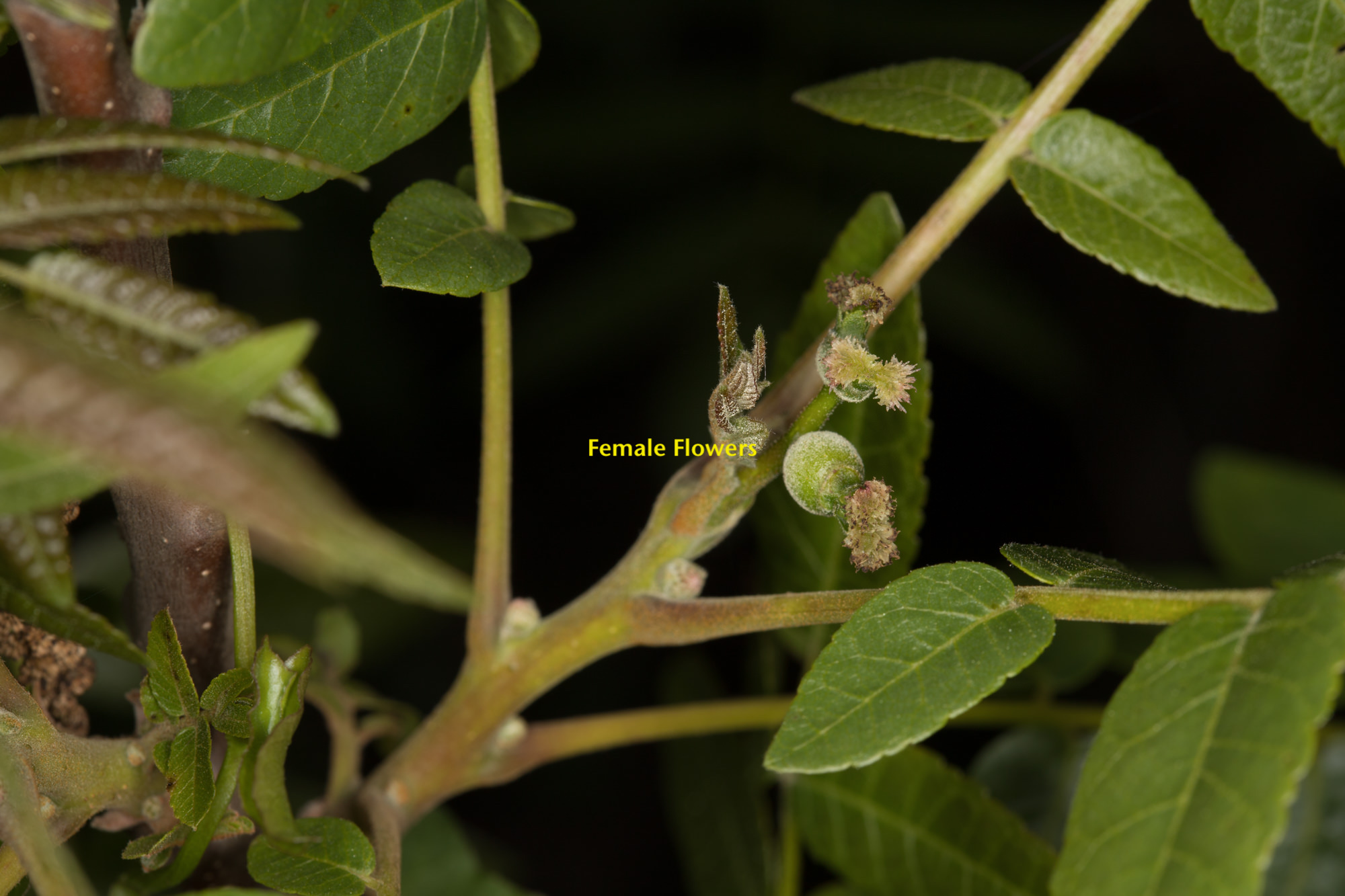 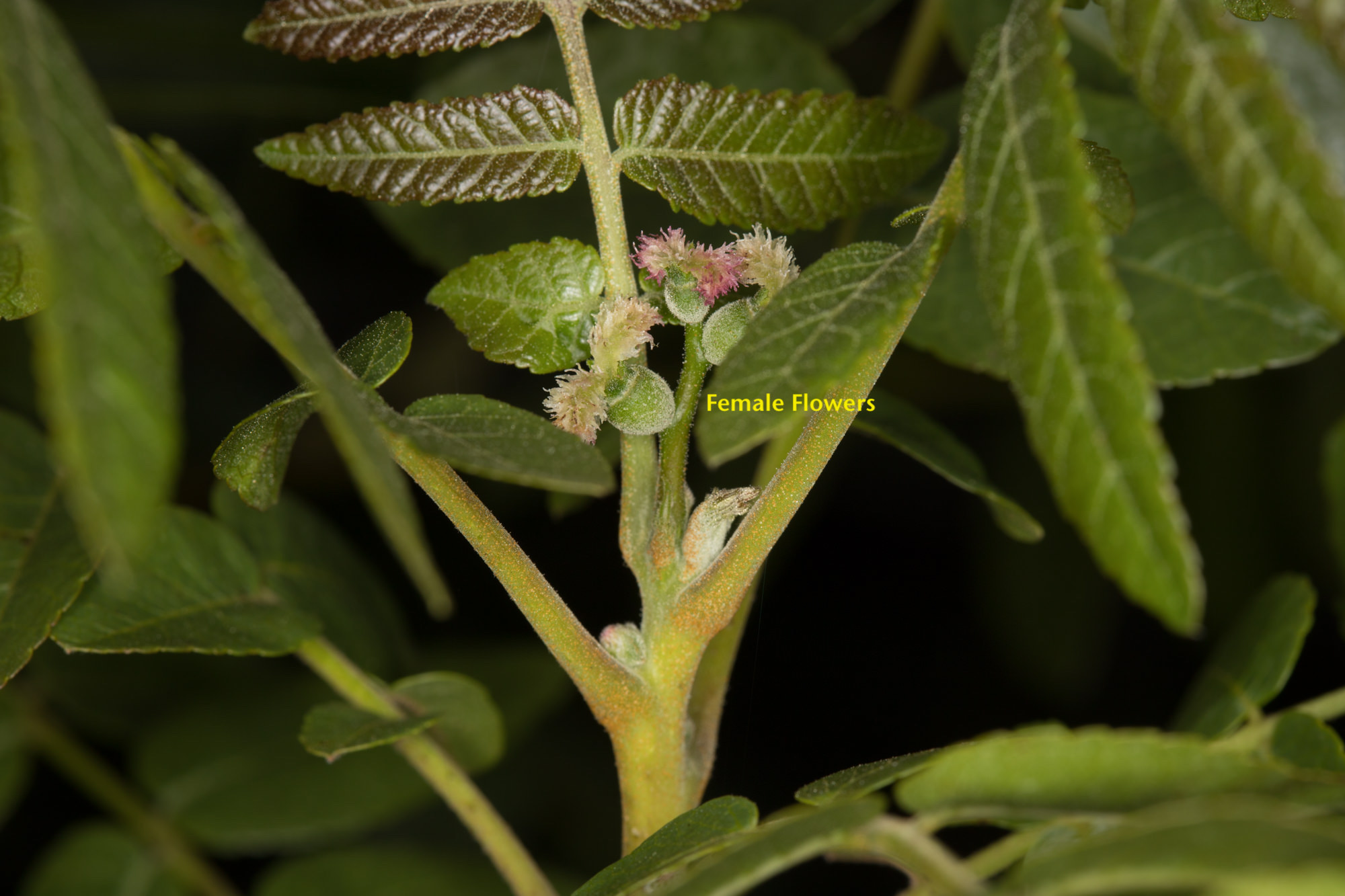 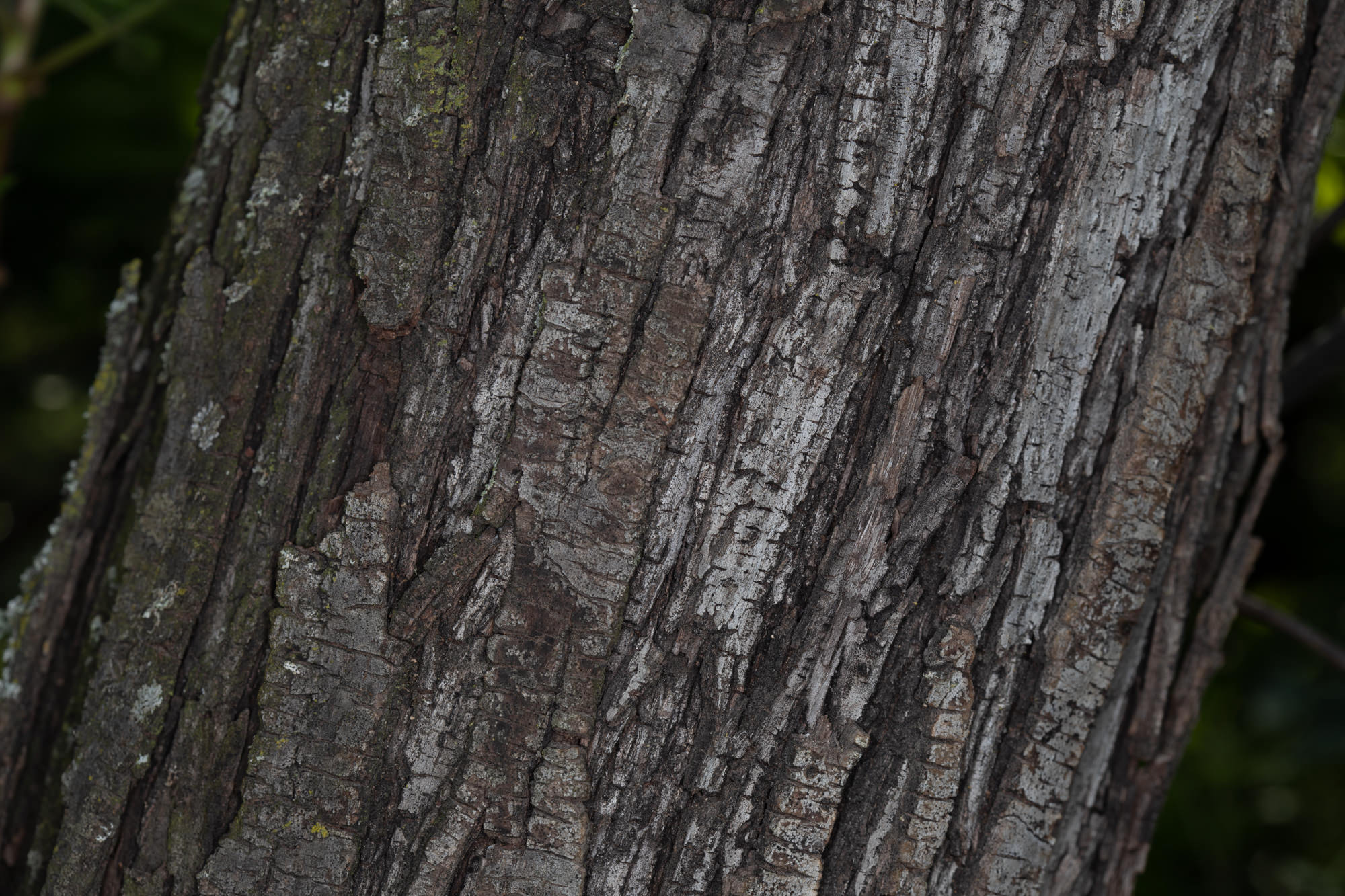 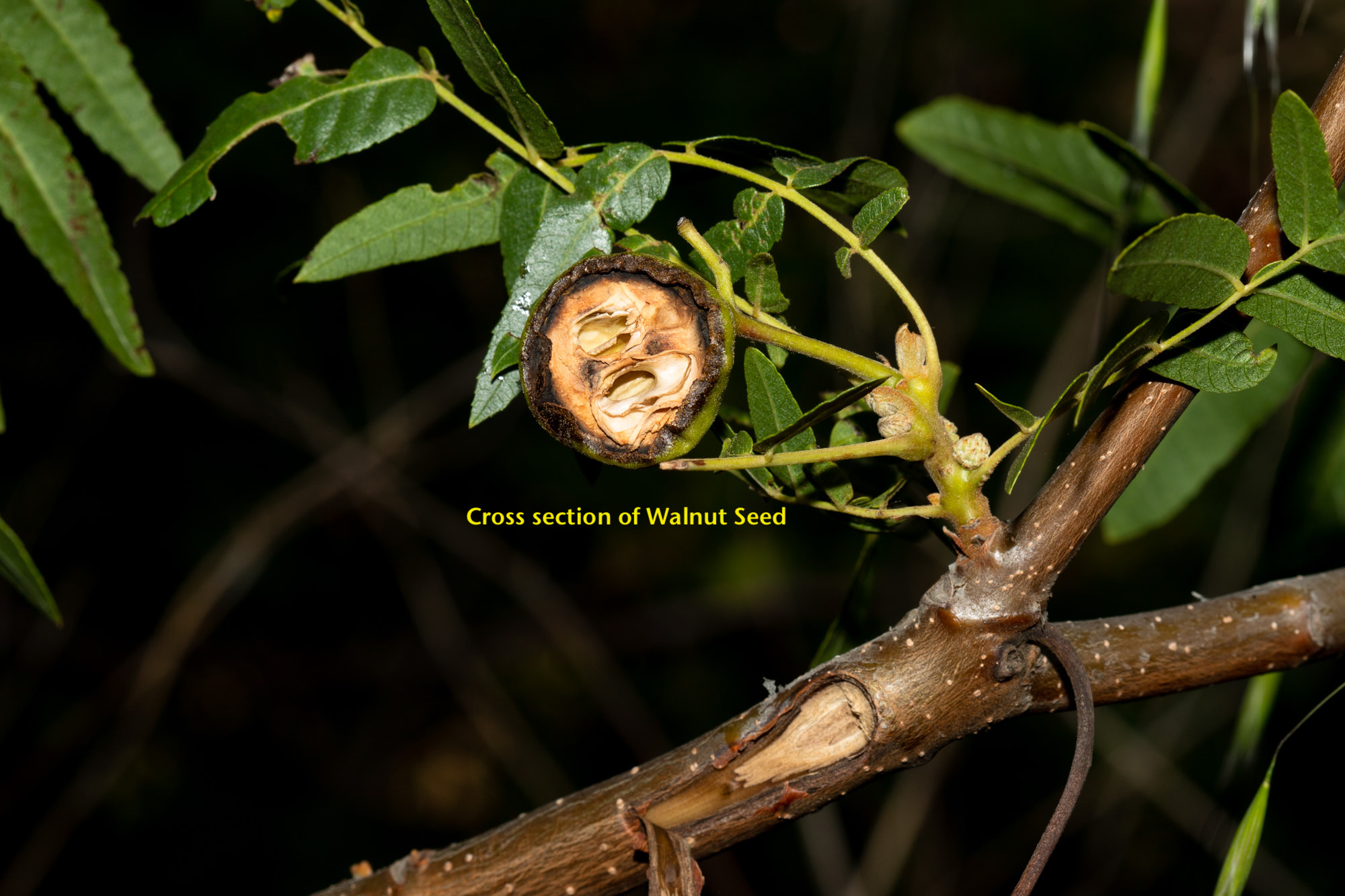 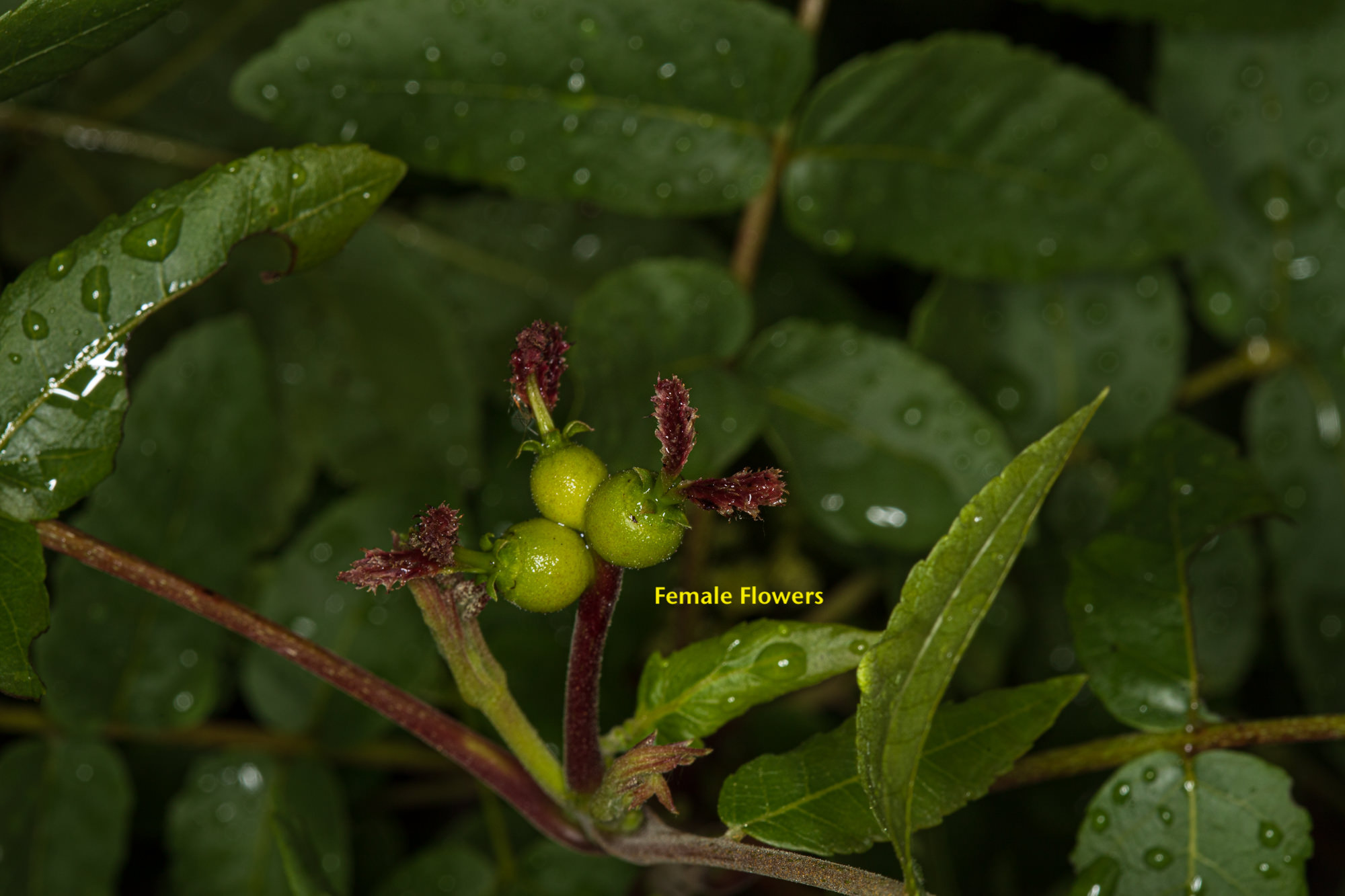 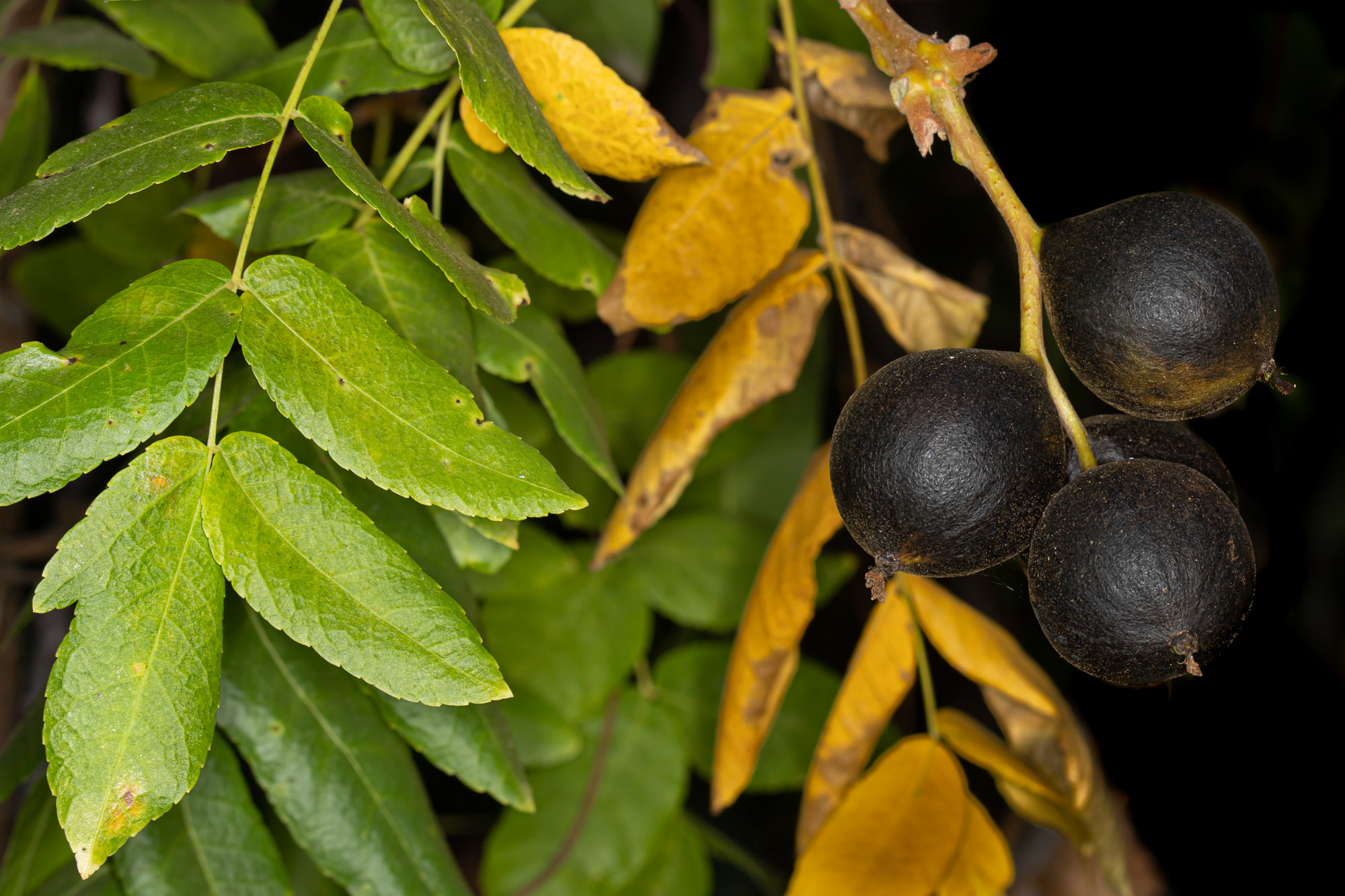 Southern California Black Walnut - Juglans californica - is endemic to California and takes the form of a large shrub or tree (commonly up to 50 feet tall). Juglans californica grows in the southern half of the state while the northern part of the California has a similar species (Juglans hindsii). In shrub form there may be 1-5 trunks. The tree form varies depending on site conditions. Trees in savanna woodlands may develop multiple trunks, where the trees are dense, they are more apt to display single a single trunk and are taller (competition for light). A question, one often hears, is how old are those trees? Our native walnut can live approximately 100 years, give or take a decade. The trunk is blackish brown and becomes deeply furrowed as it matures. Adaptation to summer drought and mild winters along with an ability to survive periodic fires fed by an extensive root system with a deep taproot have served this plant well since the Miocene era! If you have the time, the campsite at Point Mugu State Park has several of the taller specimens to observe. Sadly, continued development has endangered Juglans californica in large parts of its natural range.

Factoid: A Juglans californica in Chico is registered as a California Big Tree. It measures 112 feet high, with a trunk circumference of 259 inches and a crown spread of 106 feet.External Link

Leaves are pinnately compound with 11-19 lance-shaped leaflets with toothed margins. The small hard nut has a grooved thick shell that is tedious to remove.

Typical of many trees, this plant has separate male and female flowers (monoecious) that are small and numerous. Pollination occurs when the male flowers release pollen and the wind disperses it. Slender staminate (male) catkins (a green spike with utilitarian flowers ) emerge from the previous years growth. Pistillate flowers (female) appear singly or in clusters of short terminal spikes on recent growth. The tree is mature enough to set seed when it is between 5 to 8 years old. Seeds may germinate within 4 weeks of dispersal (they do not have a dormancy period). [https://www.fs.fed.us/database/feis/plants/tree/jugcal/all.html]

These trees provide invaluable habitat and source of food for many species of wildlife. Surveys have shown Walnut woodlands can provide habitat for nearly 30 species of birds. The walnuts are eaten by bird and rodents species, such as the Ground squirrel and Western Gray squirrel. Owls use the upper branches as roosts and nesting places. Ground squirrel dig burrows at the bases of the older walnut trees.

Can you eat these walnuts? Cracking open a walnut requires force and skill to maximize your reward and minimize the losses. There is little meat in these shells compared to the varieties you find in a store. The Chumash Indians ate the walnuts and used the nutshells for die (plural for dice). Amusingly, the Chumash played a dice game with the shells. Universal concepts such as odd and even values provide the game with the element of chance. A shell landing flat side up is one value and flat side down another. The bark of the walnut tree was used to add a finishing touch to baskets. 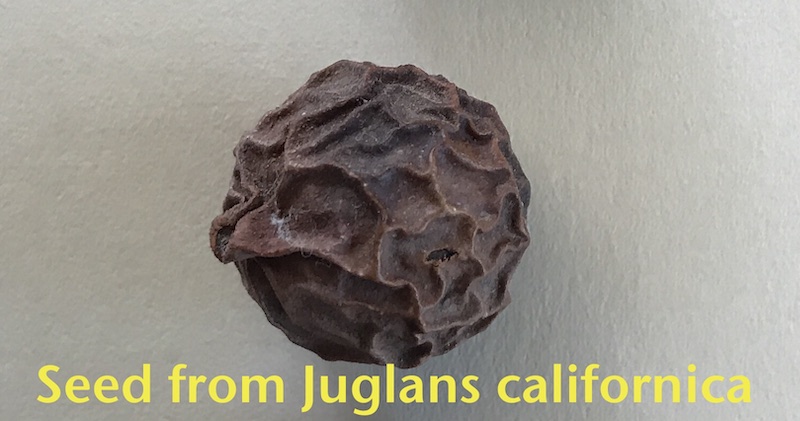 We consider this plant allelopathic because toxins in walnut seeds typically prevent other plants from growing under this tree. There is at least one study (email me and I can send you a link to that article) that shows that these toxins repel various invasive mustard species.

Fire response: Fire will top kill this plant. Vigorous sporting from the crown occurs after fire - however it does not produce seedlings. One study showed that nearly all trees had sprouted from six weeks after a fire. This manifests itself in the appearance of the plant - years after a fire there will be many multi-trunked trees or shrubs. Sprouts can reach 5 feet in the year after a fire.

Repeated fires are sufficient to explain why most trees have multiple trunks. It may be that the trees of Ventura County have been subjected to fires less frequently. As a whole they have fewer trunks per tree than those of Orange County(Swanson,1967). Older California walnuts have large woody platforms at the surface of the ground, from which living trunks arise. Some of these platforms are quite large, more than a meter across, presumably increasing in size each time a fire kills living trunks and new ones sprout ever farther from the original center. Thus a ring of trunks may surround a basal platform that is many times older than any living trunk. Since the platform is largely buried beneath the soil it shields meristematic tissue from the heat of passing fires, and post-fire sprouts arise from its lower portions. Source: PROCEEDINGS OF THE 15th ANNUAL SYMPOSIUM SOUTHERN CALIFORNIA BOTANISTS SPECIAL PUBLICATION No. 3 ALLAN A. SCHOENHERR, EDITOR

Linked references are available on JSTOR for this article:External Link

Juglans: a classical Latin name for walnut, possibly from Jovis, "of Jupiter or Jove," and glans, an acorn or nut. The genus Juglans was published by Carl Linnaeus in 1753. (ref. genus Juglans)
www.calflora.net is the source of this info.