Plant of the Month - Chaparral Honeysuckle 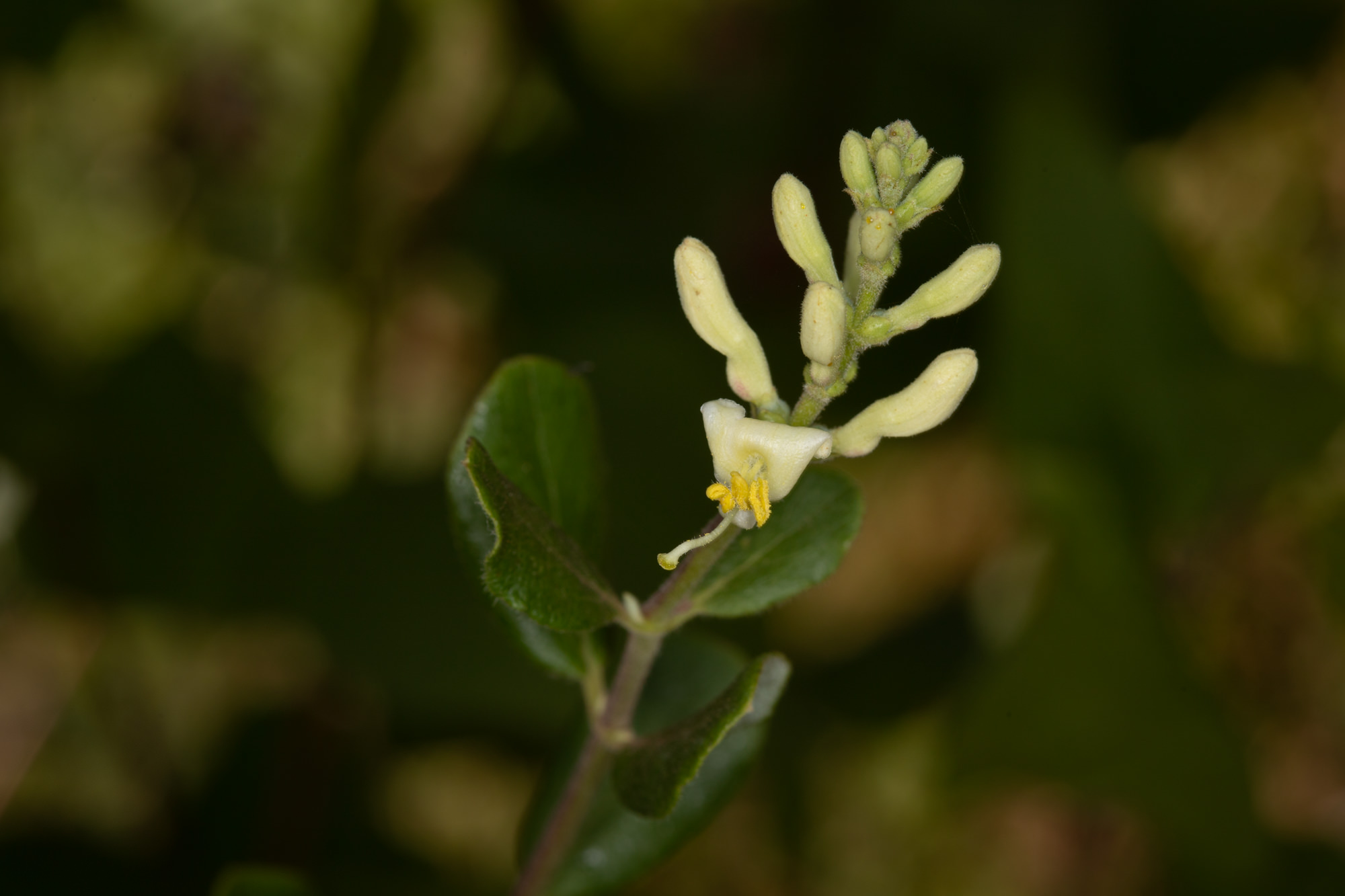 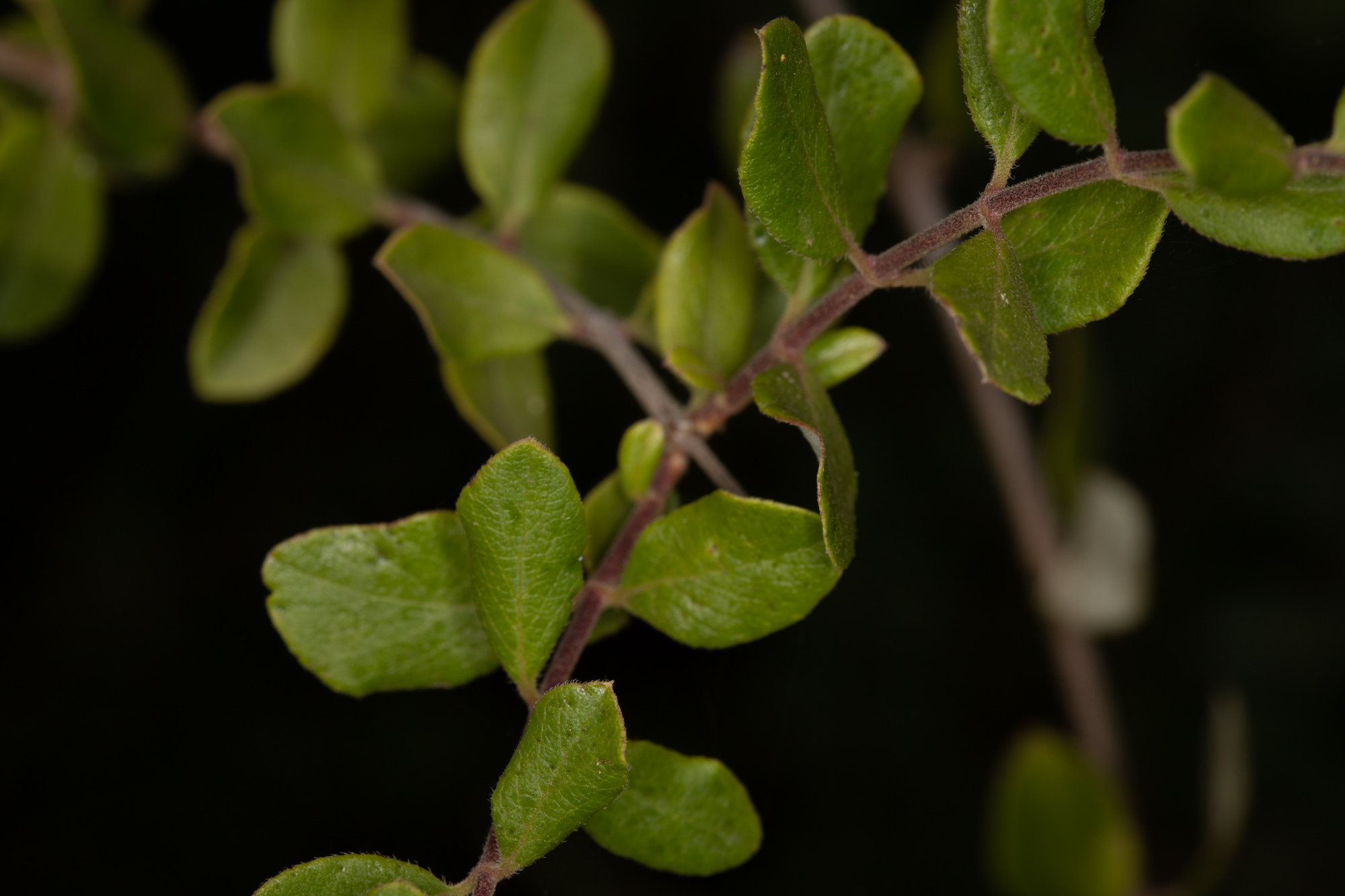 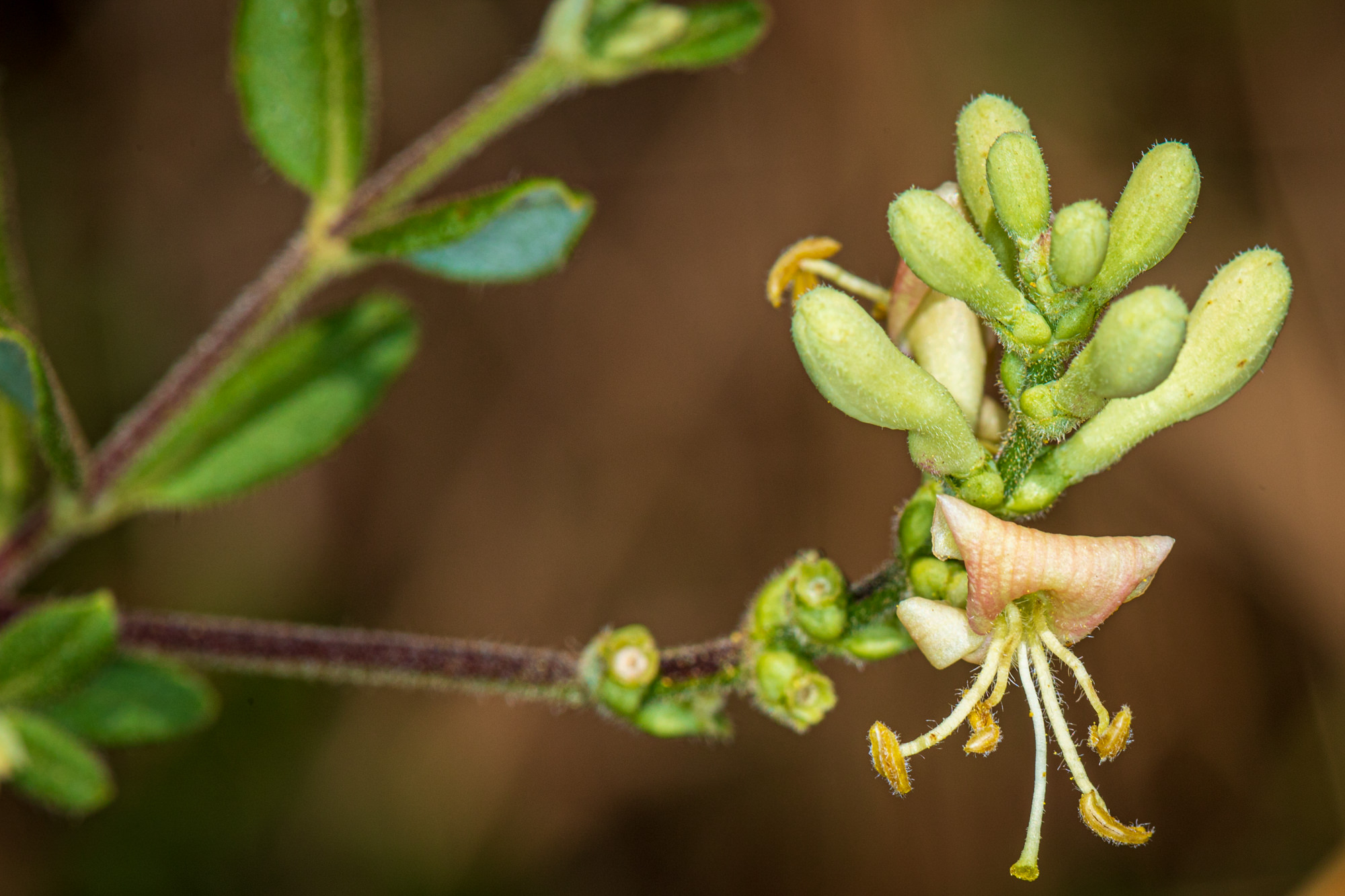 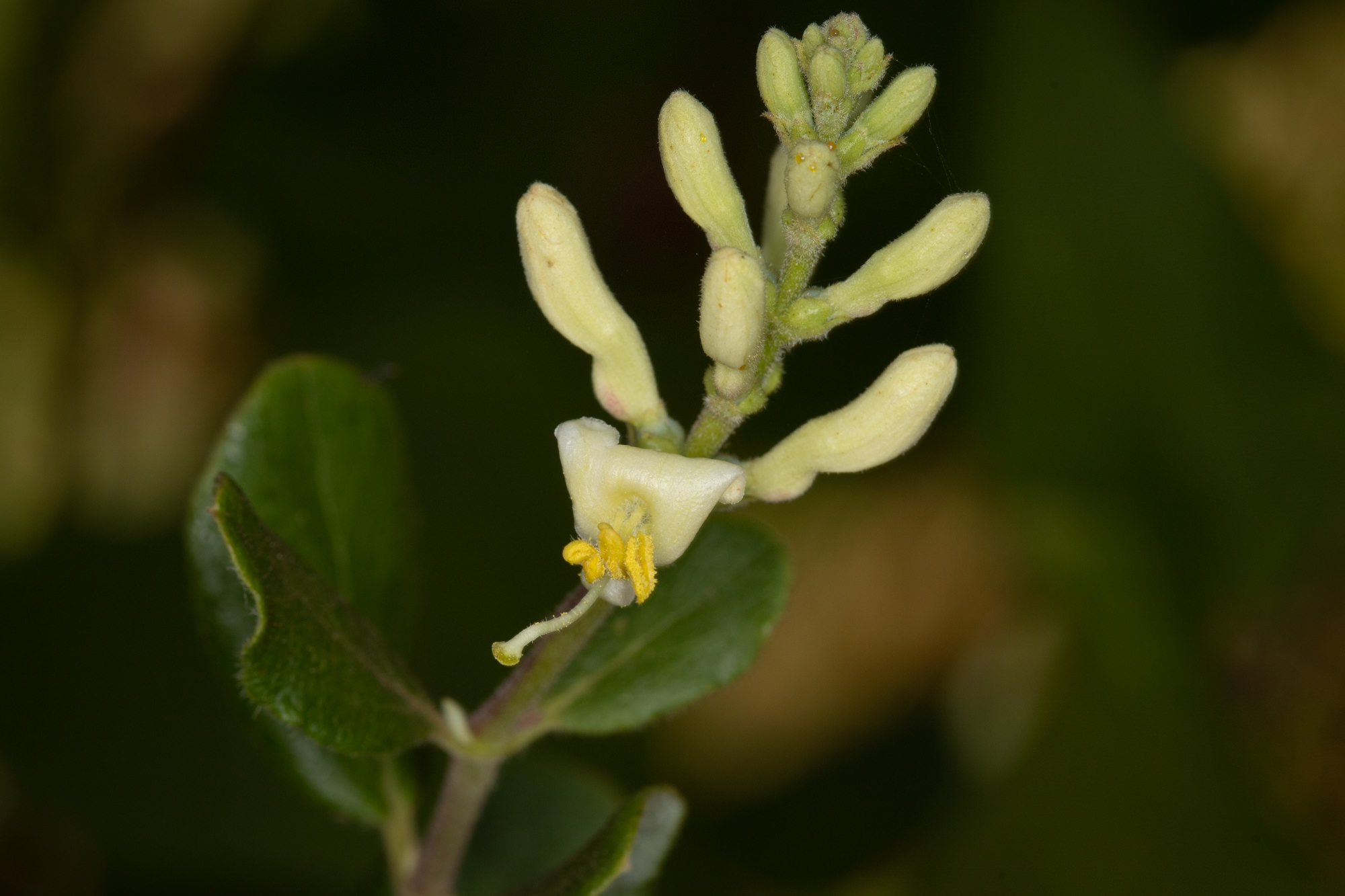 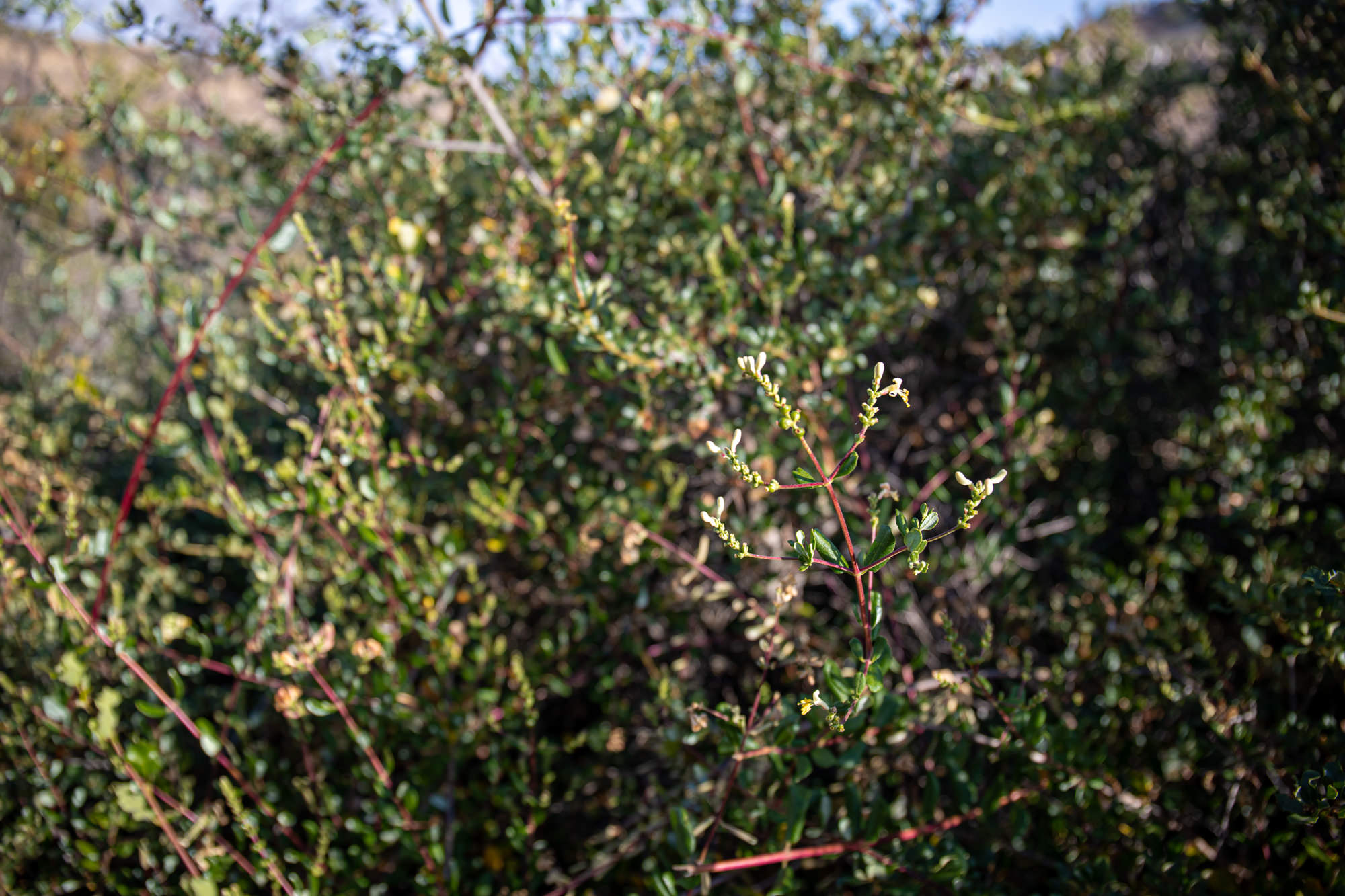 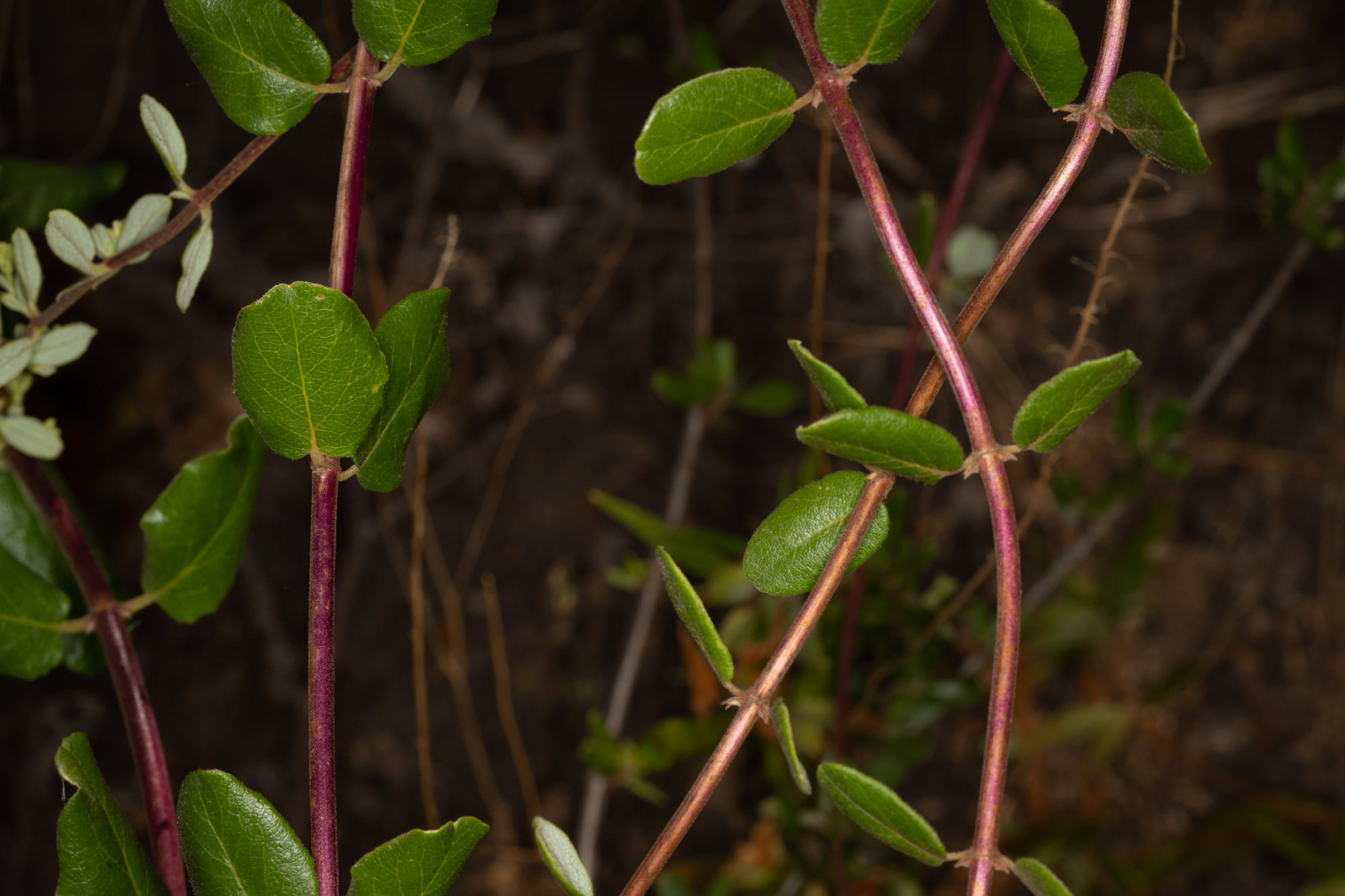 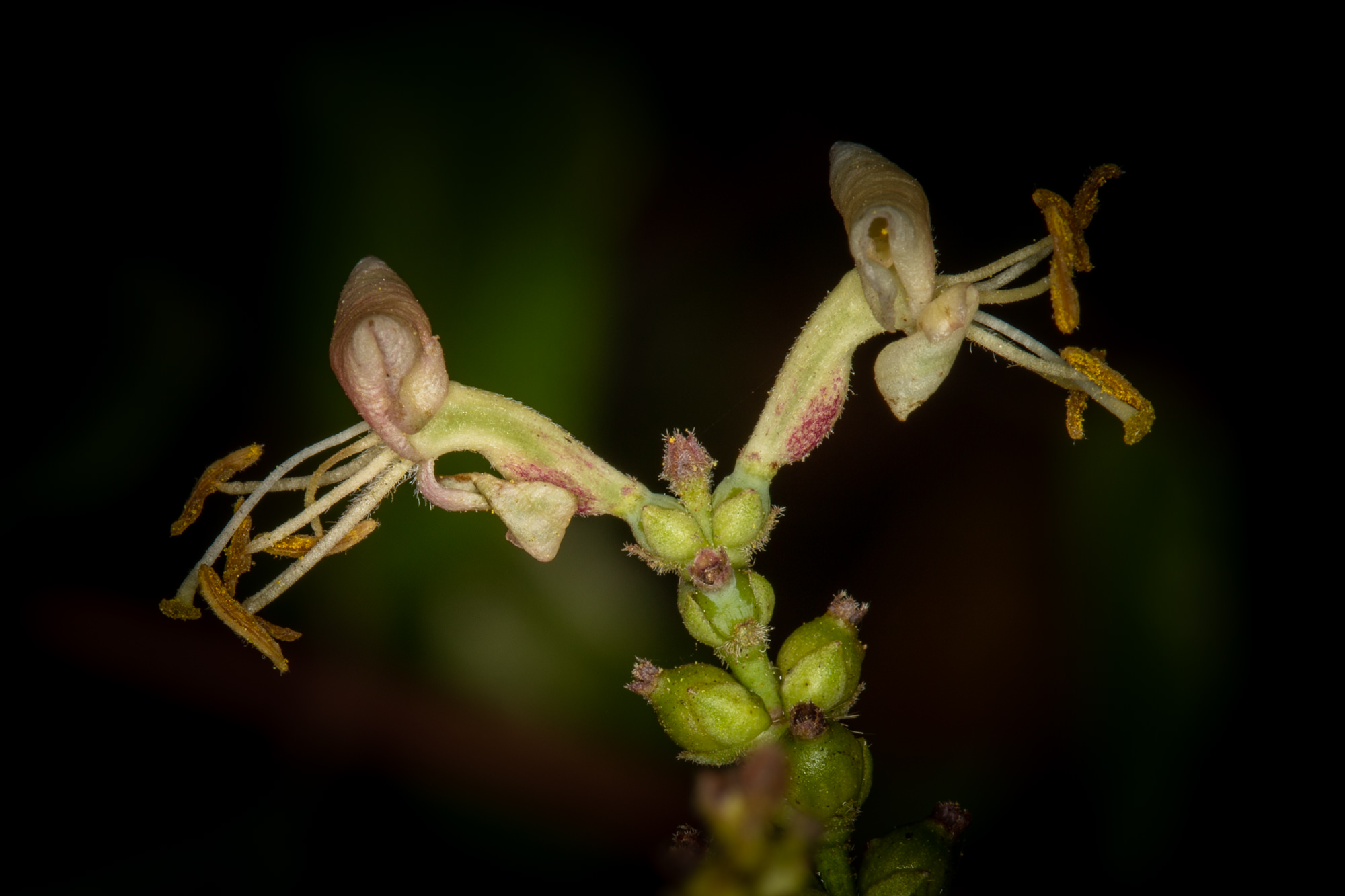 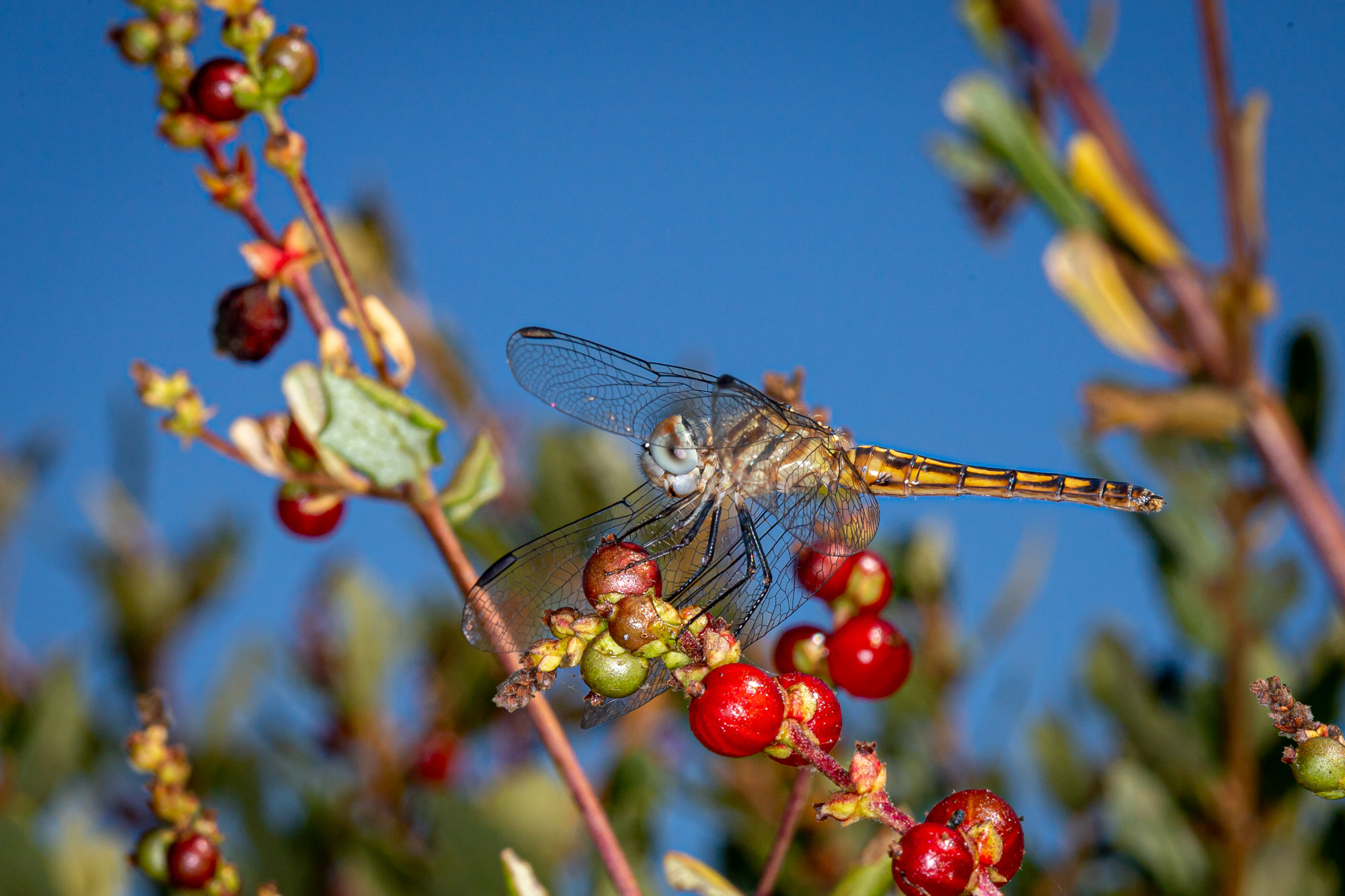 Chaparral Honeysuckle - Lonicera subspicata - endemic to California - appears as a bunch of sturdy vines masquerading as an evergreen shrub. This plant does not tangle itself onto other plants - instead it sends out long-arching shoots that sprawl over neighboring shrubs in search of light. Flowering from April into Summer, Lonicera subspicata produces two small cream colored flowers per node and are pollinated by butterflies. Red to yellow berries are produced Late Summer. Best places to observe this plant? Chaparral and coastal sage scrub - Upper Solstice Canyon is where these images were captured.

Traits of the honeysuckle family: flowers with bilateral symmetry, tubular corollas with five lobes, five stamens and an inferior ovary that produces a berry. Leaves are opposite.

Flowers are on short spikes near the ends of branches with several flowers on their own discrete nodes. Flowers open on different days per node - they do stay open for several days. The calyx is green and if you took a close look you would see that it is five-lobed. Flowers are perfect (male and female parts), cream-colored, often a with pink tinge. The corolla is bilaterally symmetrical, tubular with two lips; the upper lip tends to curve upward and backward while the lower lip curls down. The five stamens have white filaments and bright yellow anthers that protrude from the corolla. As shown in in the included images - the style and stigma are often exserted (extend) beyond the anthers. Stems are burgundy in color and very flexible - reminds me of tent poles that fit into sleeves to make for a self standing tent.

Native uses: Native Americans bundled the long twigs and branches into brushes and brooms - just like with the Snowberry plant.

Fire response: This plant germinates from seed and can sprout from stump.

Lonic'era: named for Adam Lonitzer (Lonicer, Lonicerus) (1528-1586), a German herbalist, physician and botanist who revised a standard herbal text dating from 1533 that was reprinted many times between 1557 and 1783.
subspica'ta: somewhat (approaching being) spiked.
www.calflora.net is the source of this info.