Plant of the Month - Chinese Houses 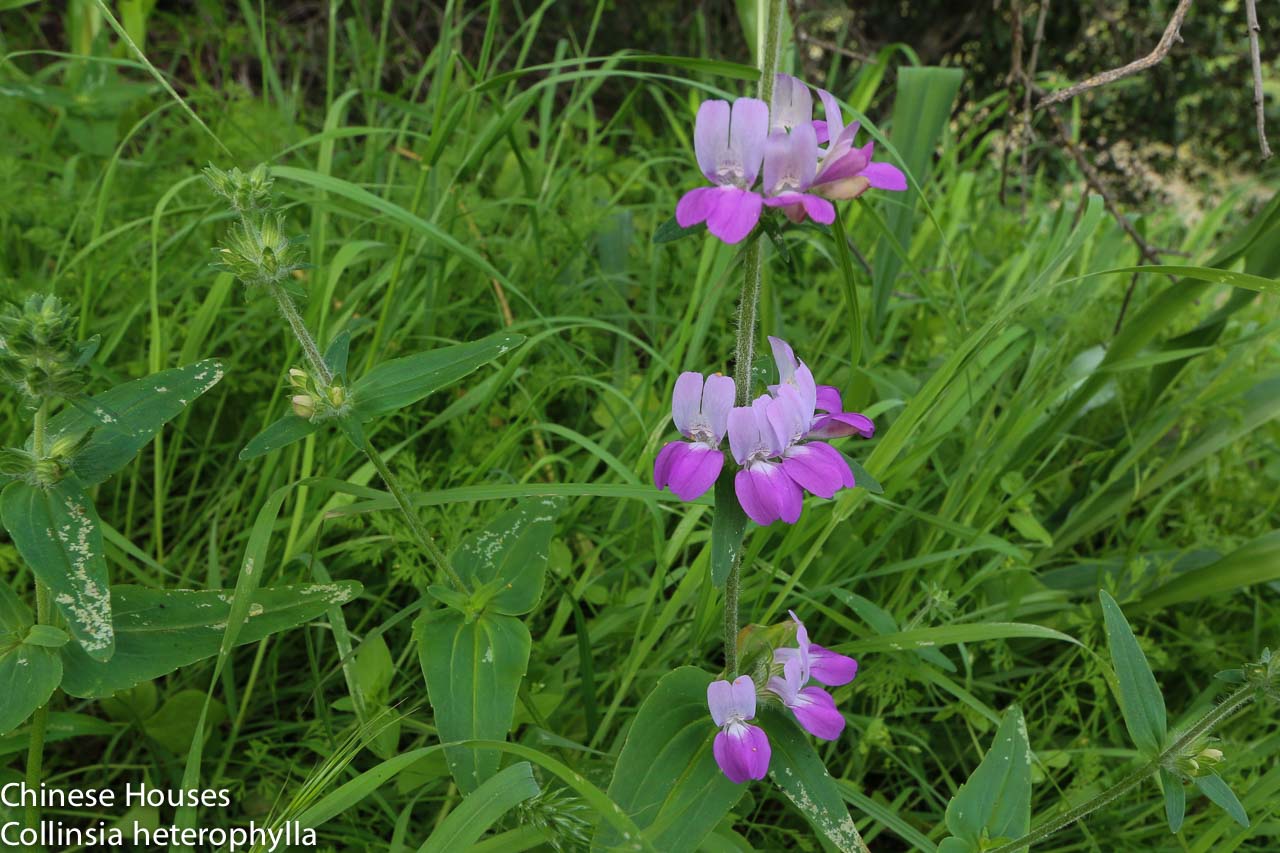 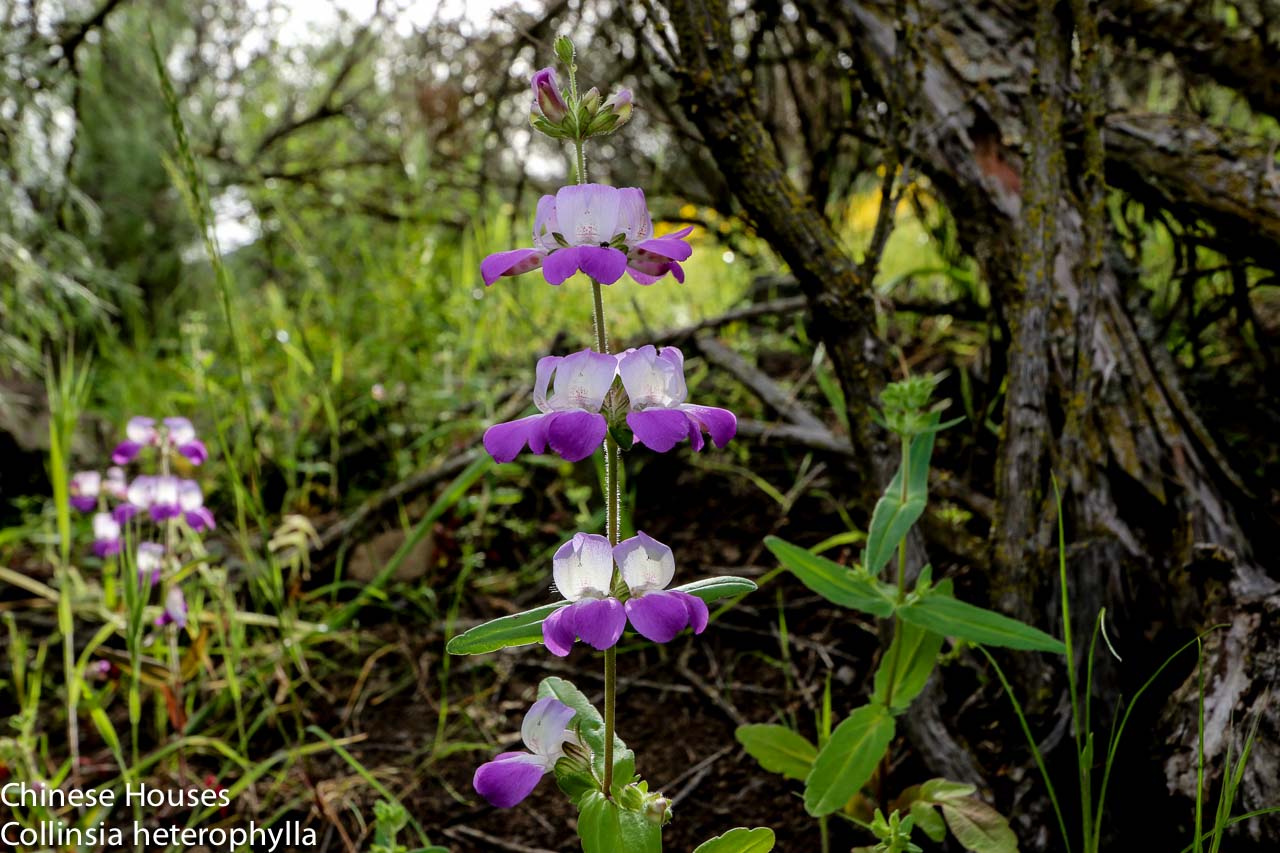 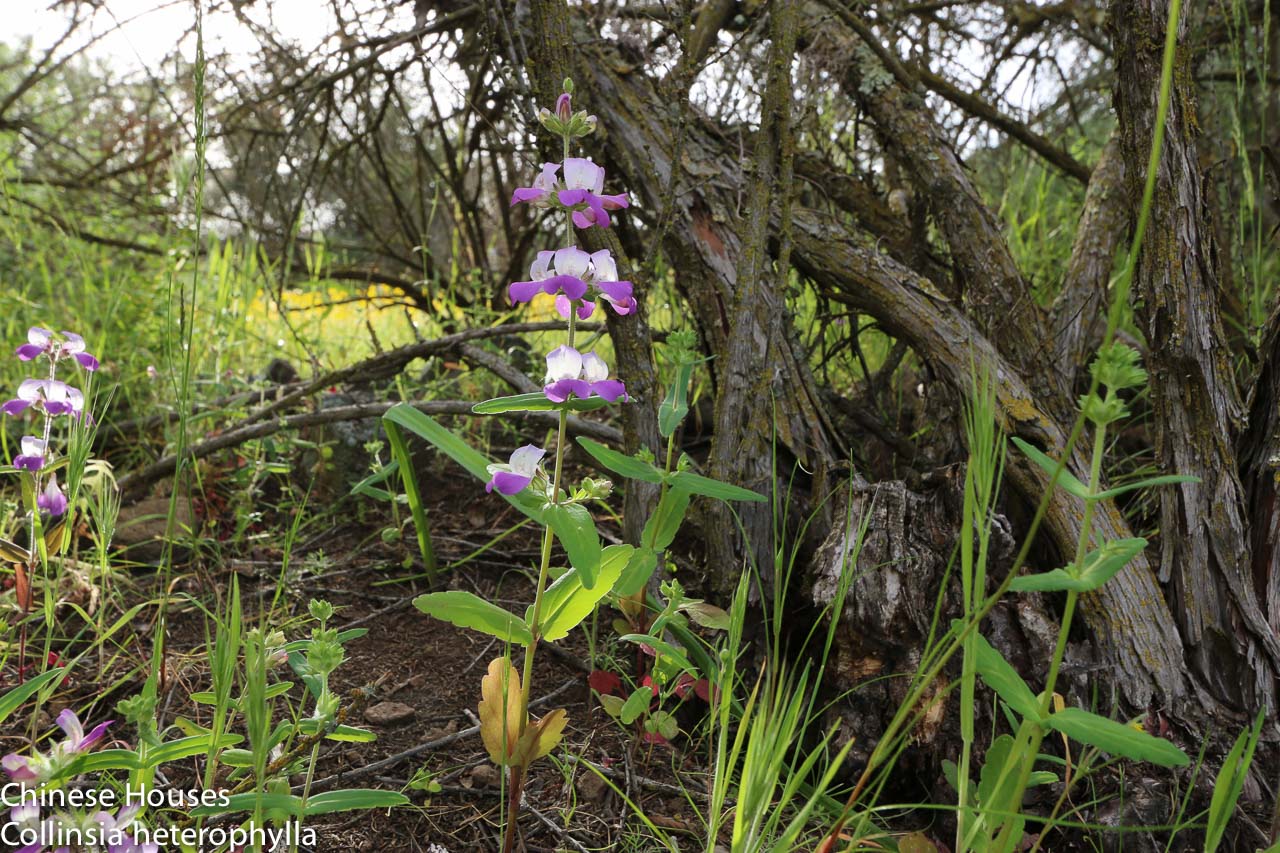 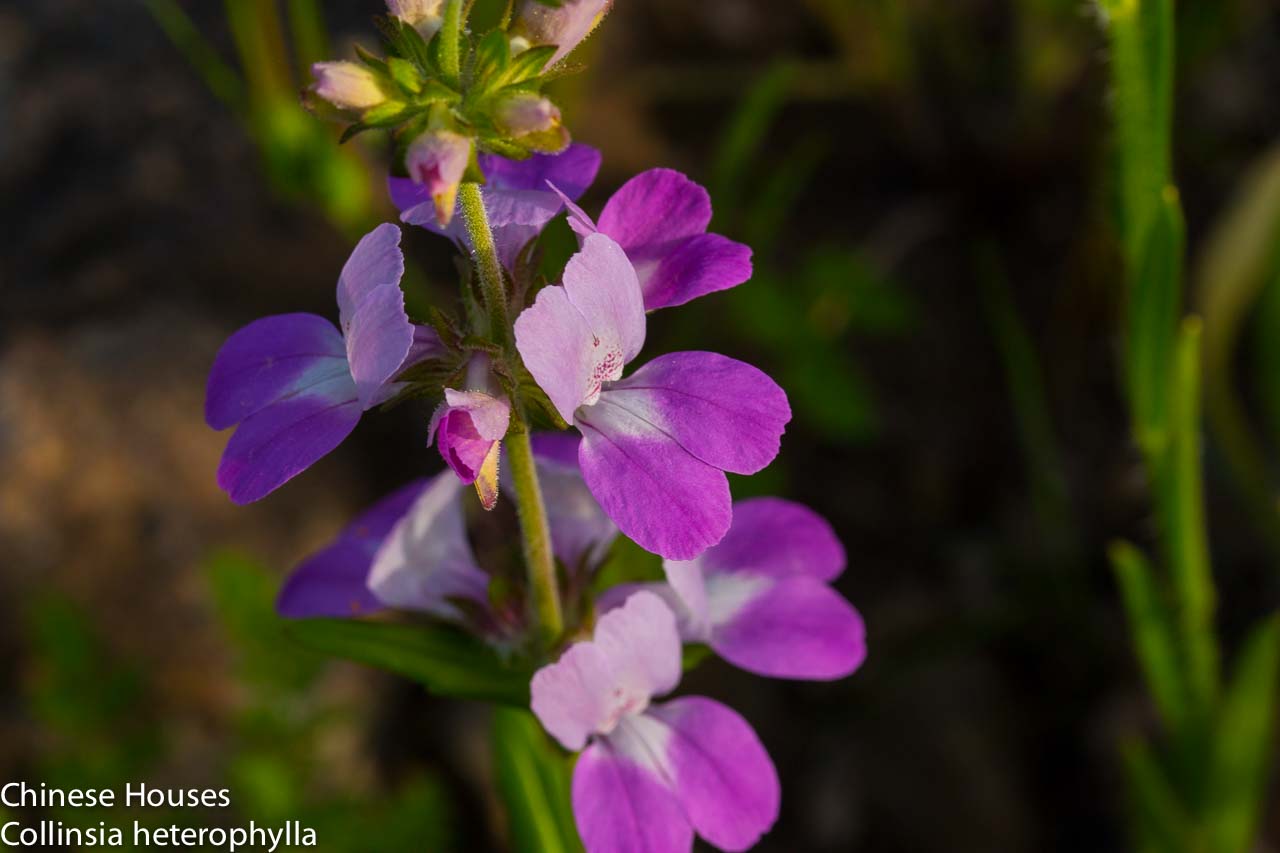 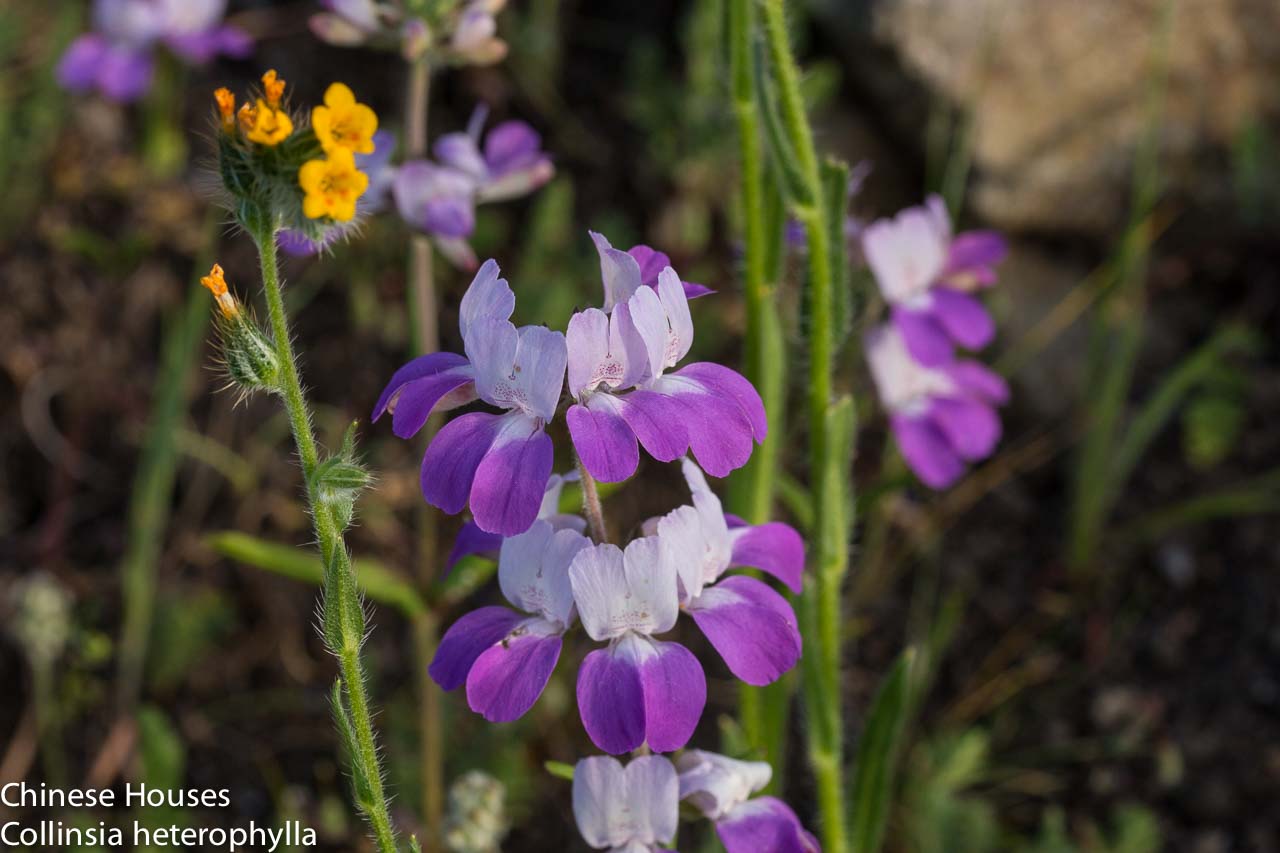 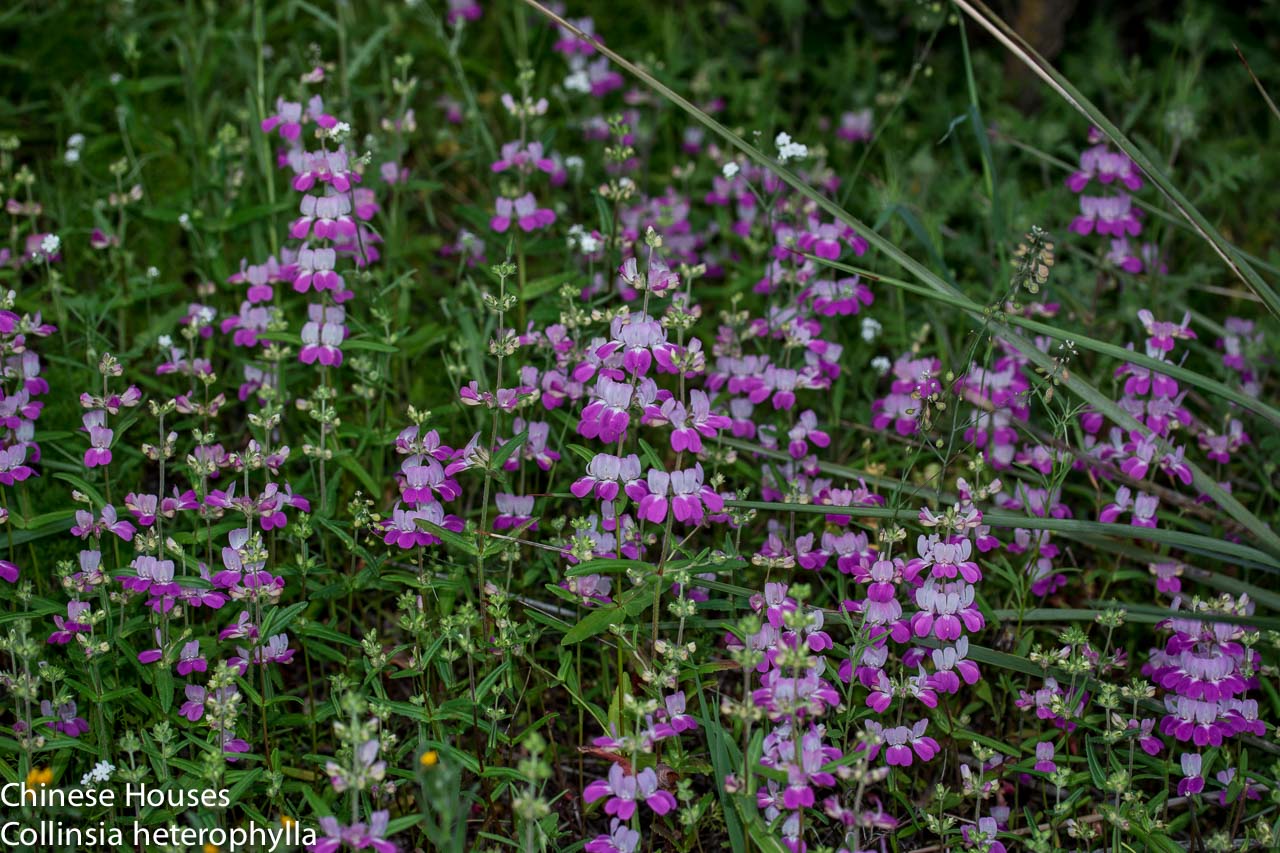 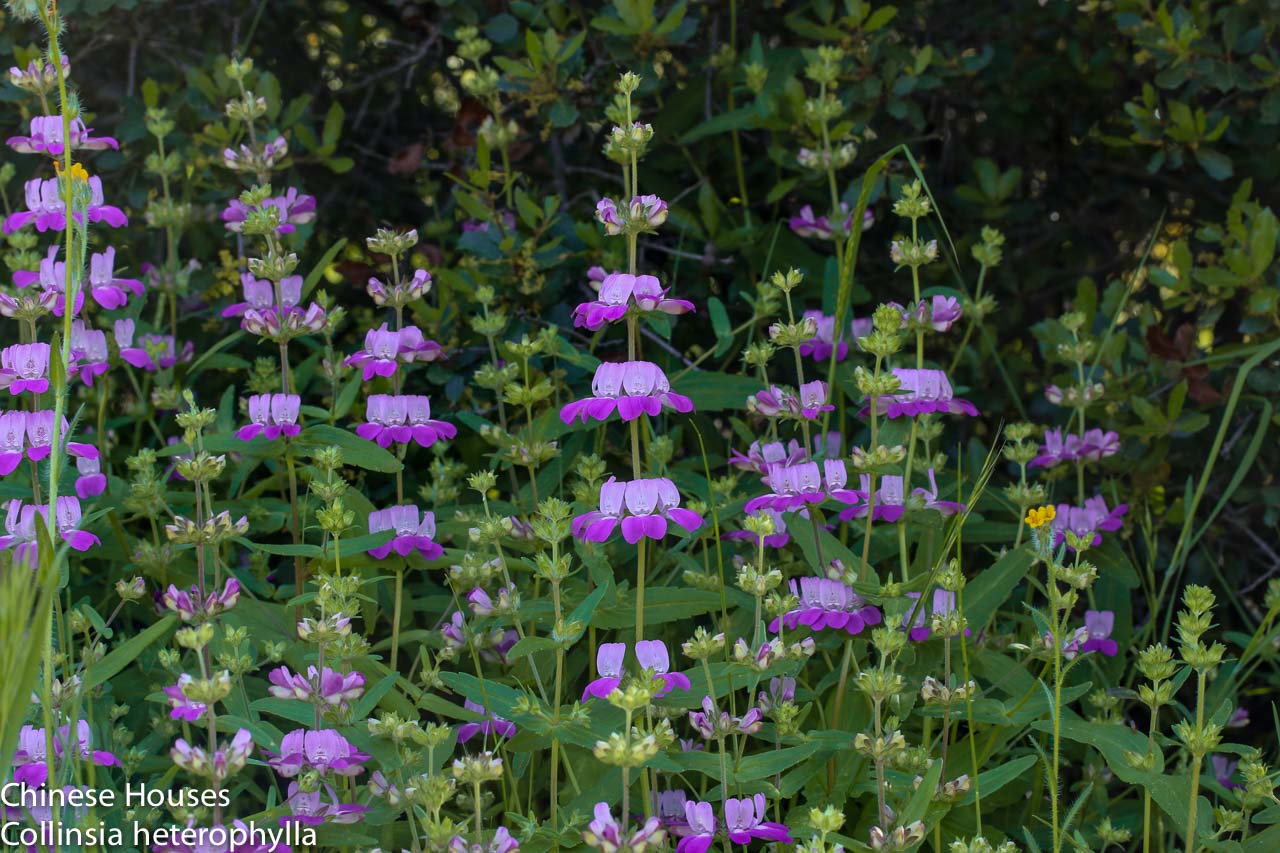 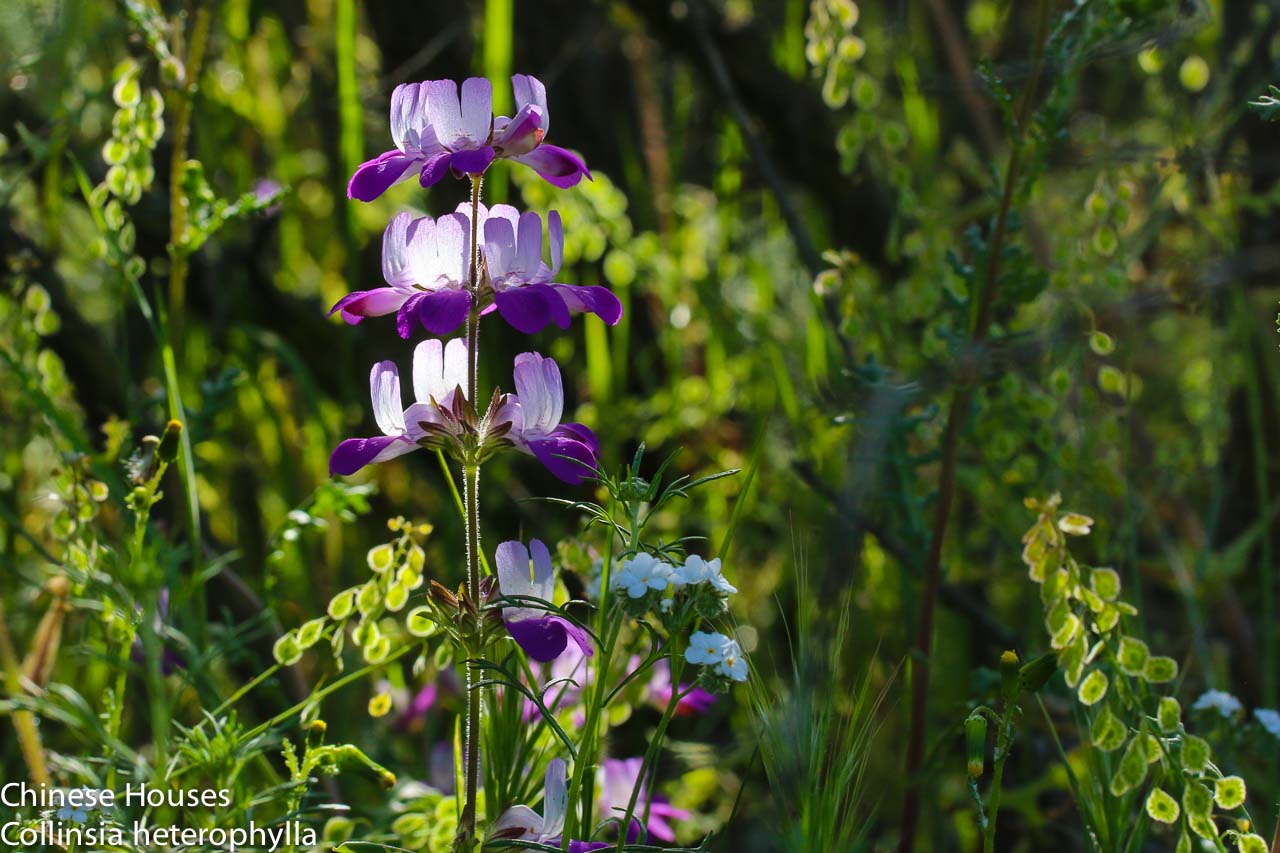 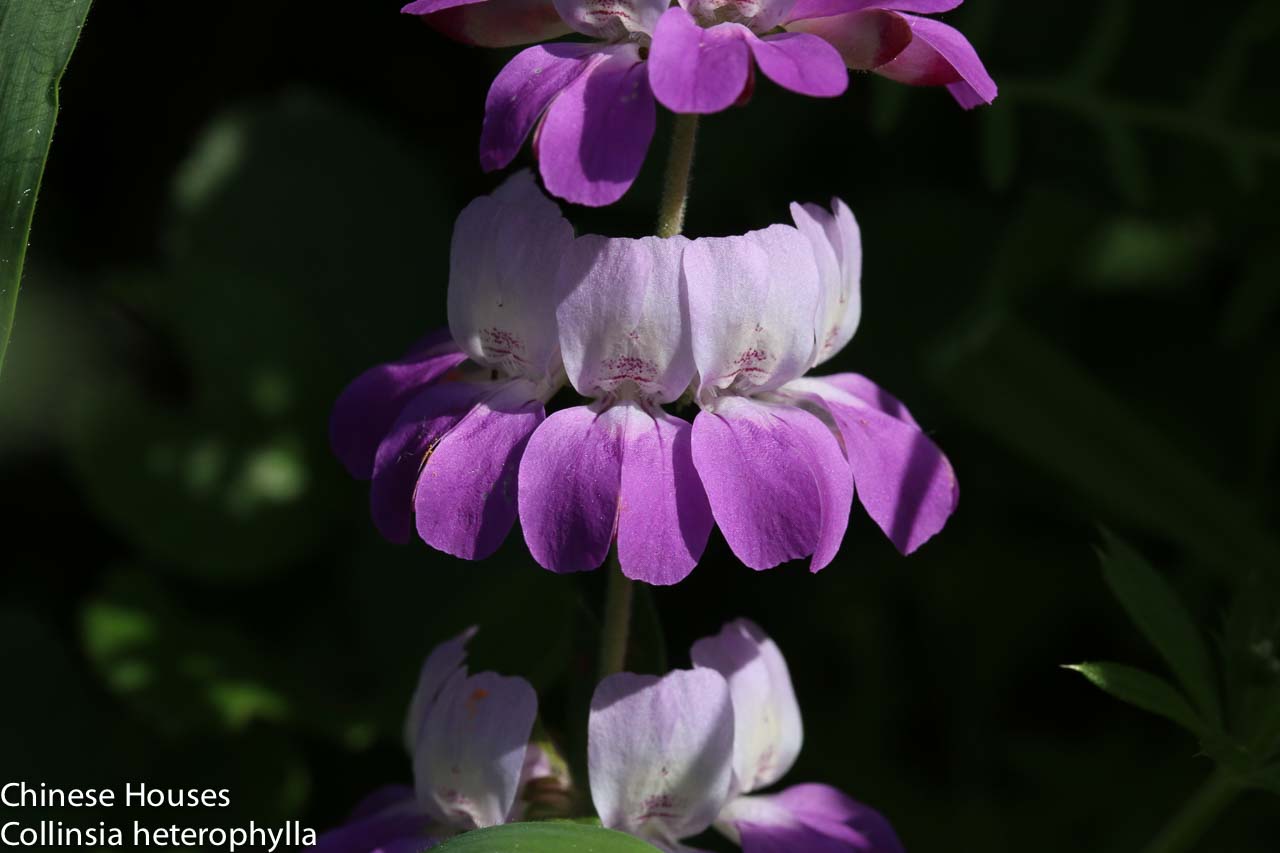 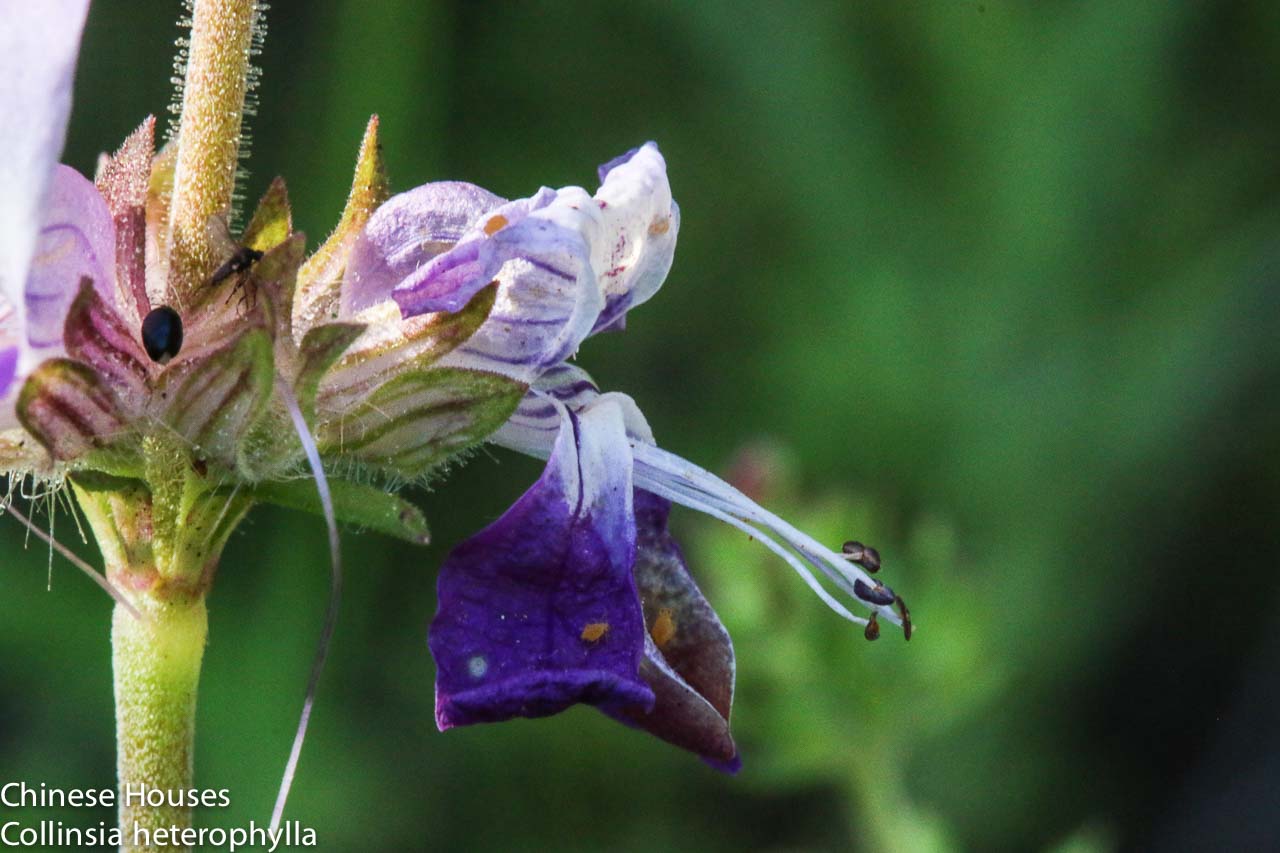 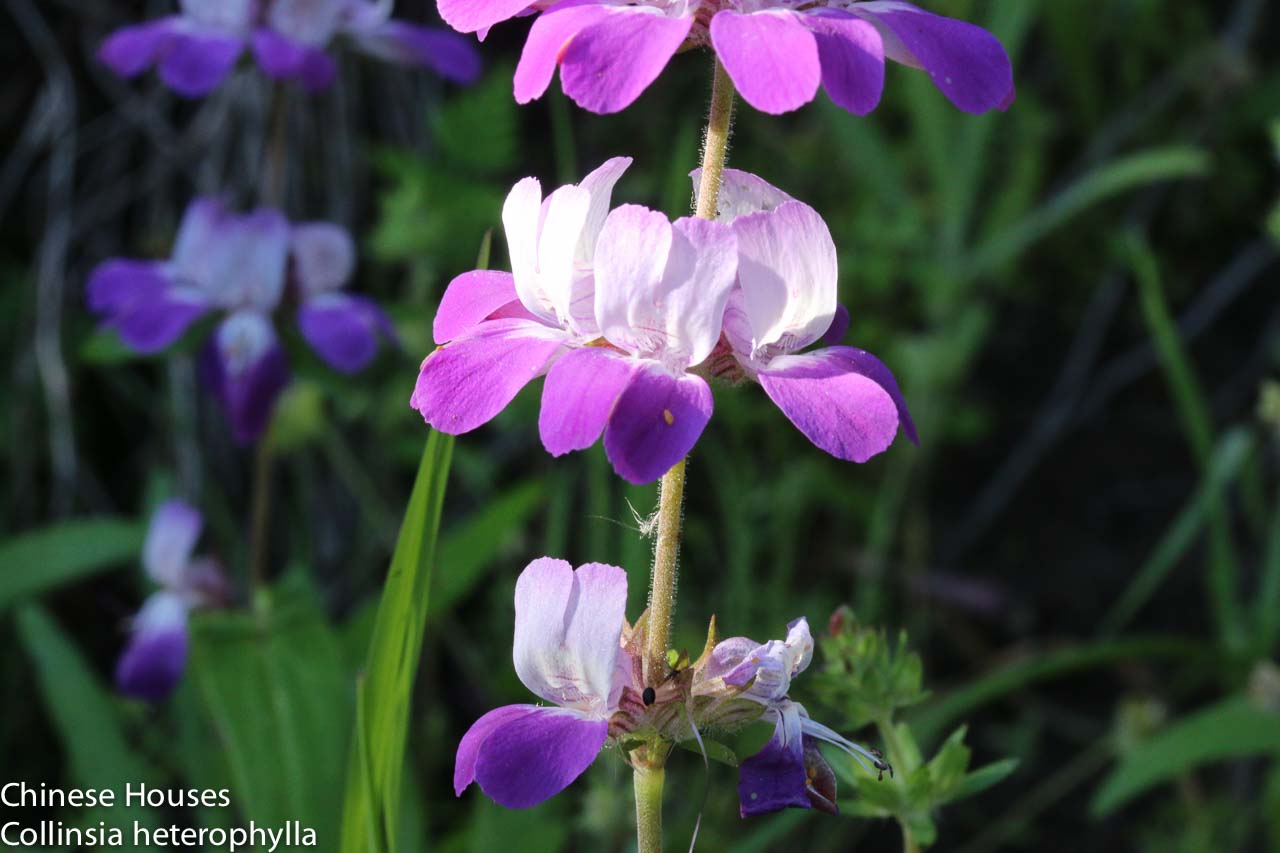 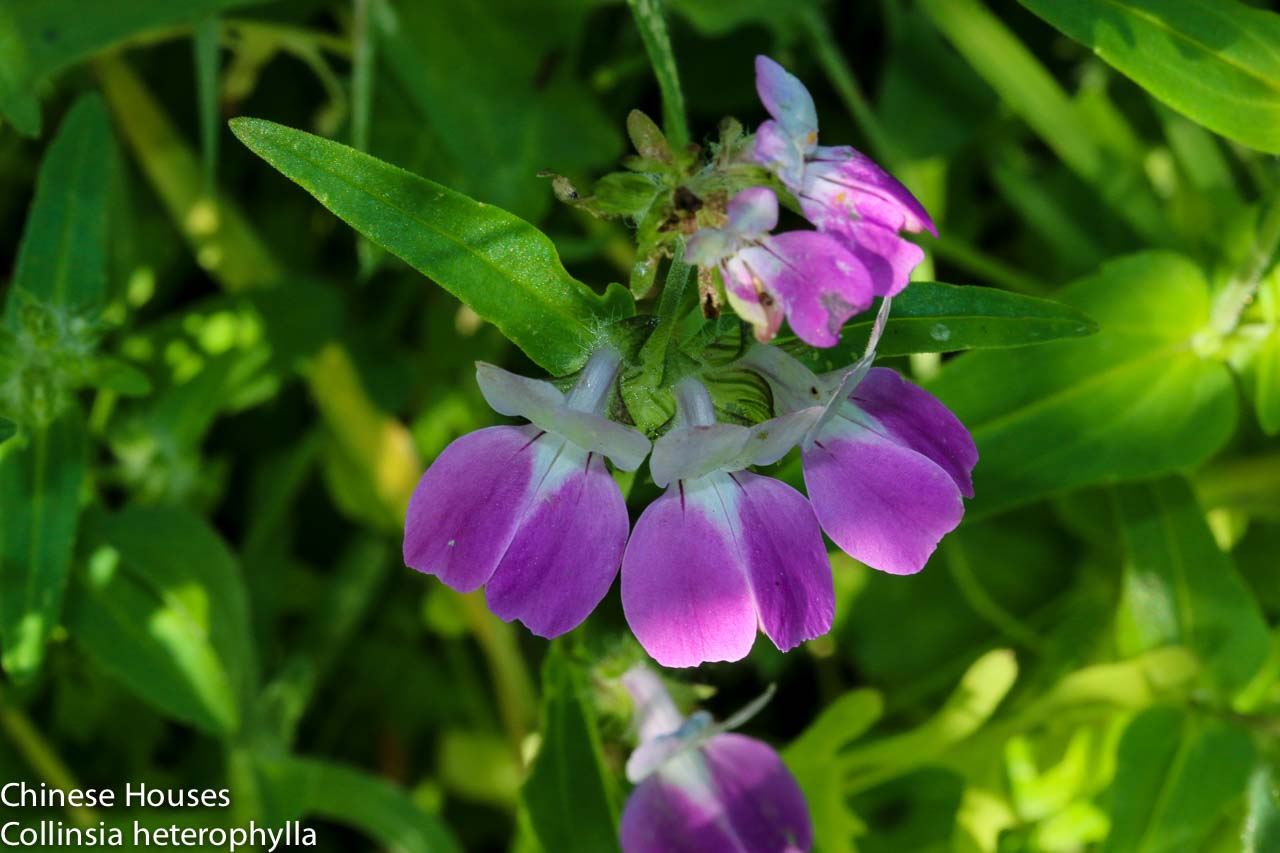 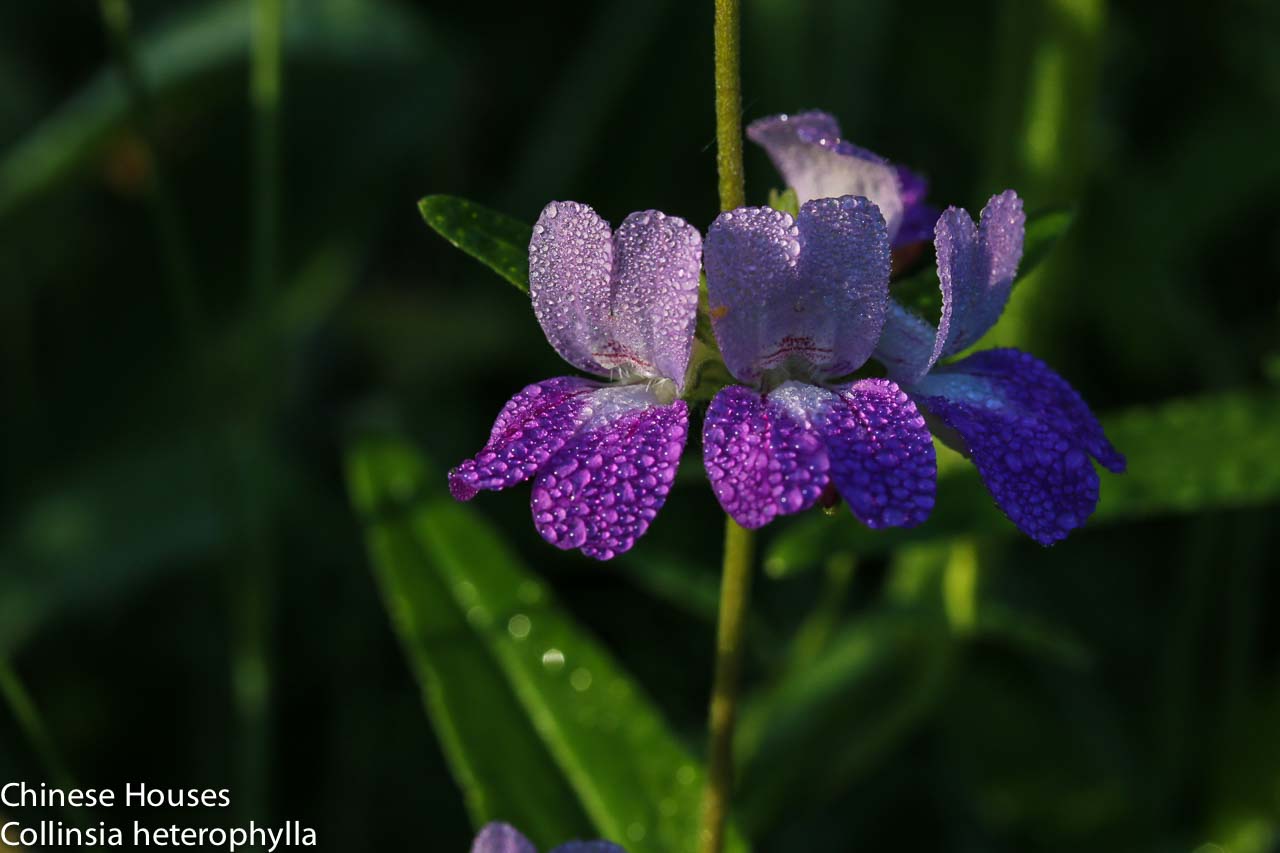 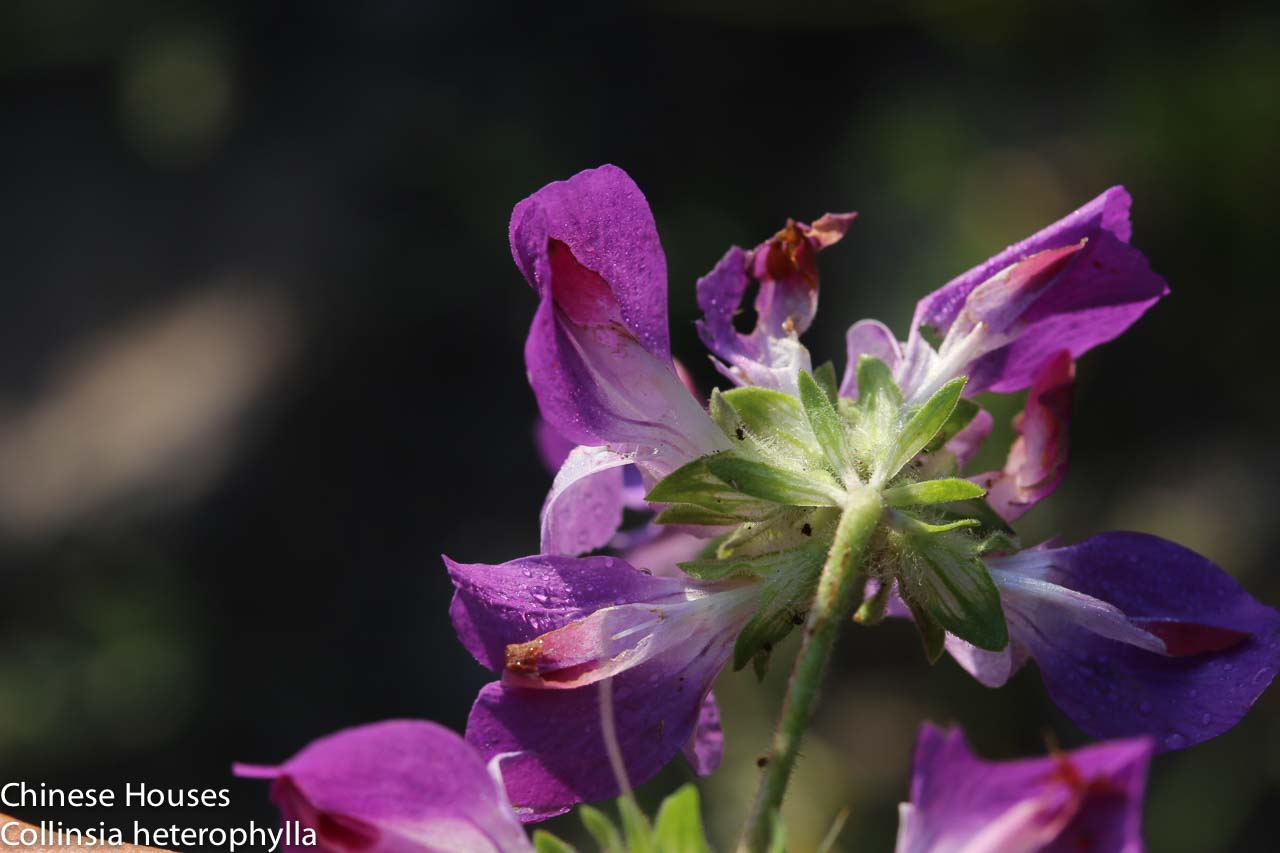 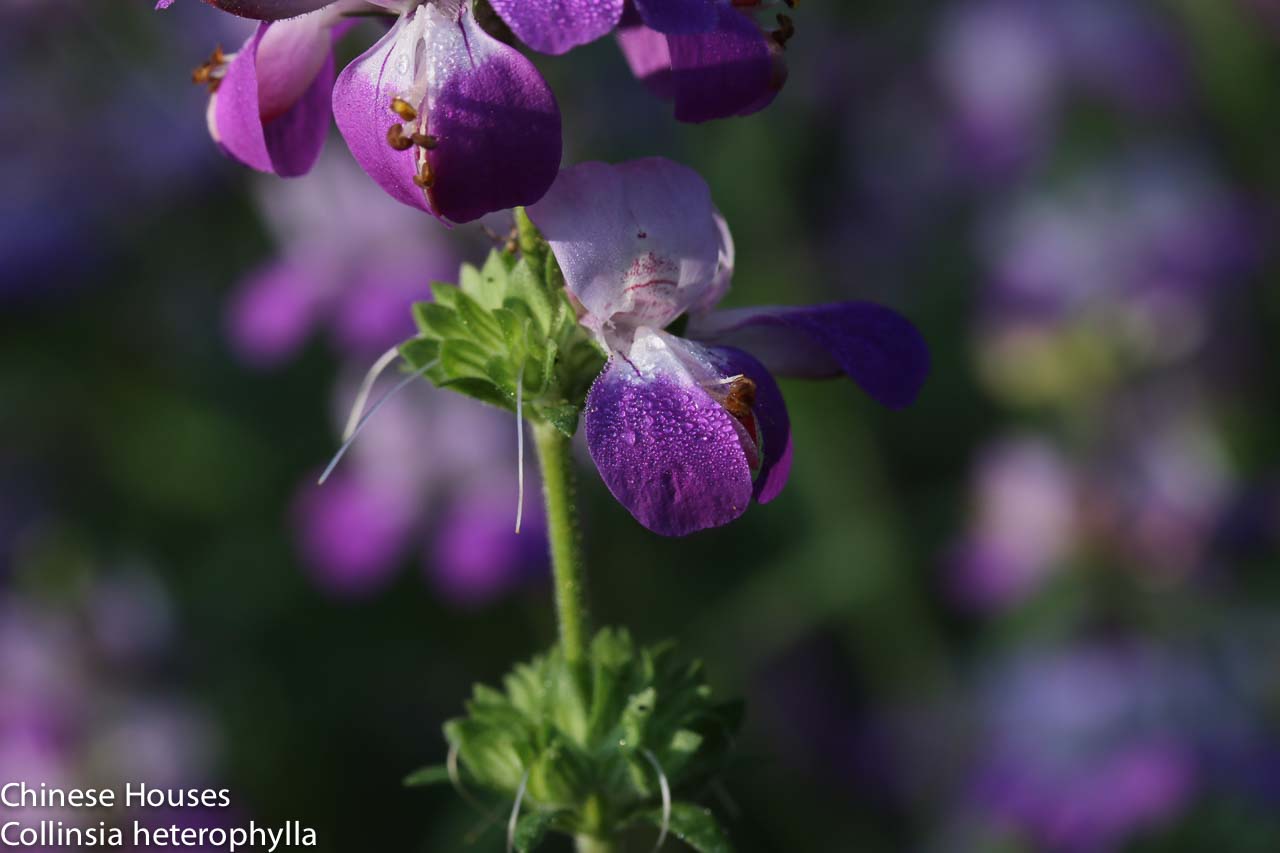 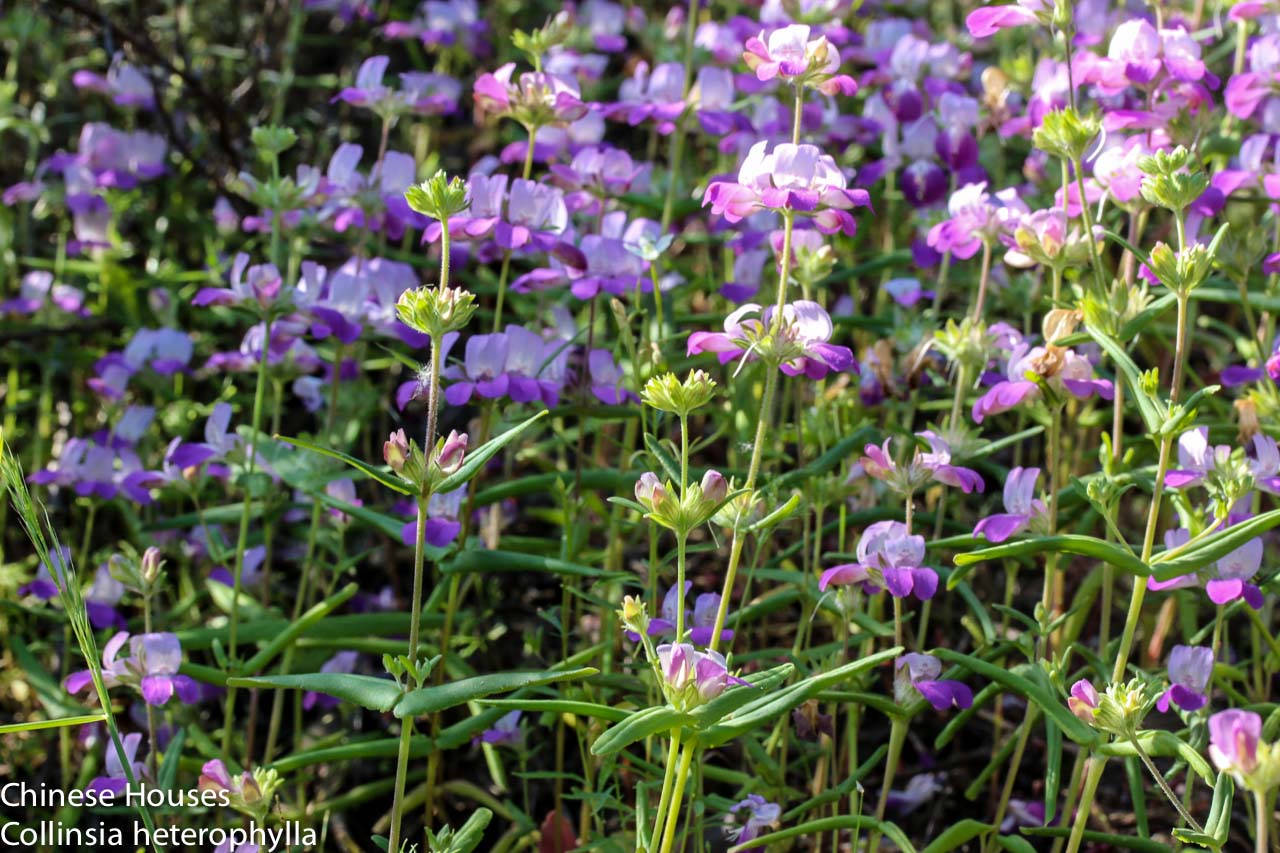 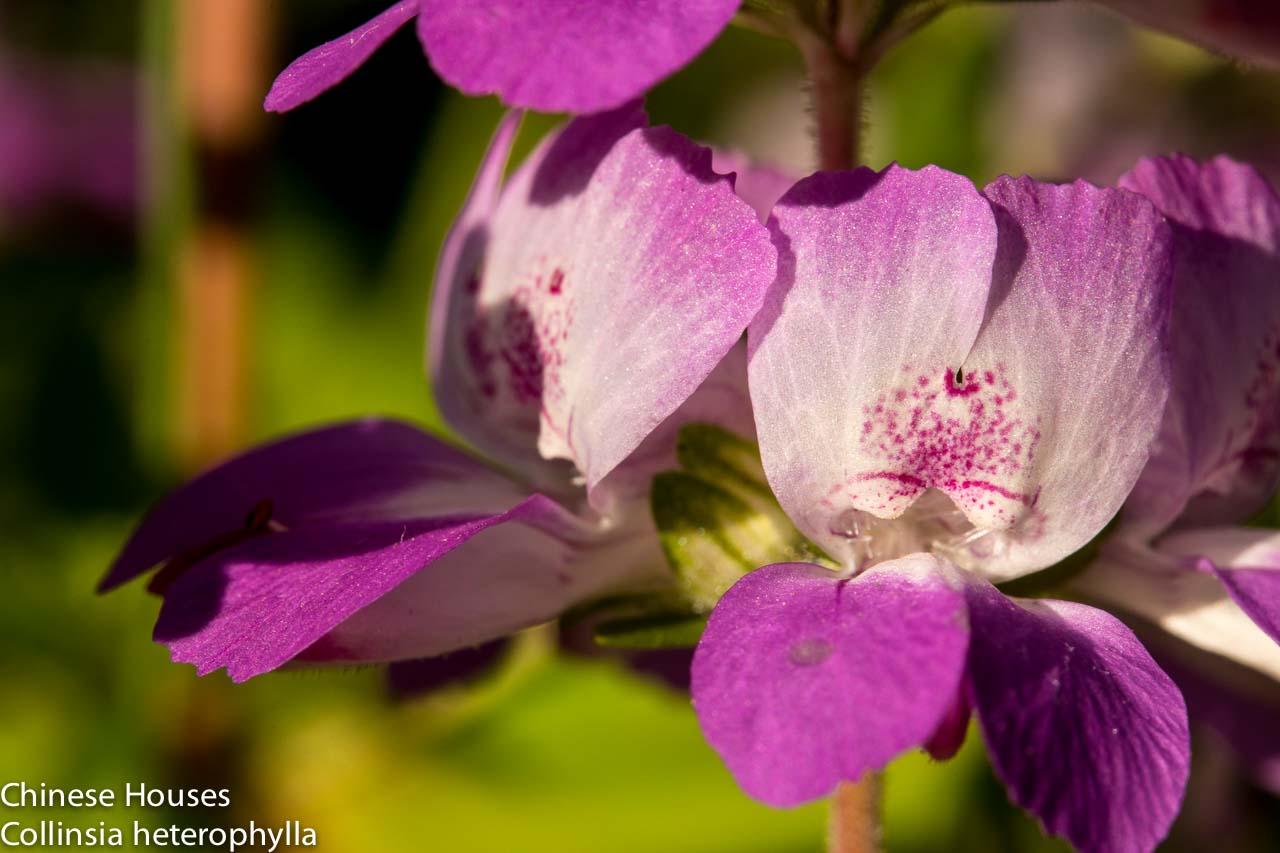 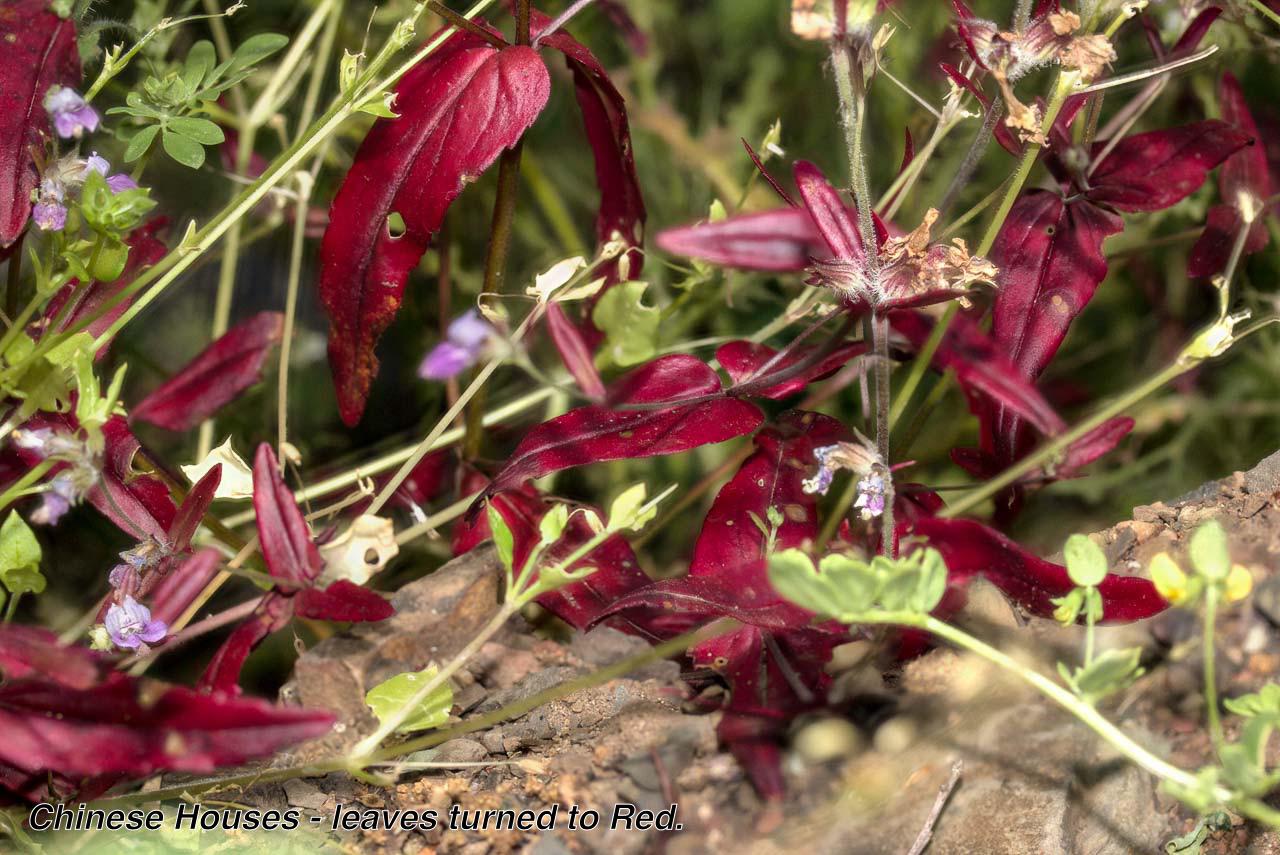 Chinese Houses or Colinsia heterophylla When you first see this plant in full bloom, you might think it was a Lupine and just go on your way. However if you took the time to look more carefully at this plant you would see that the flowers form in a circle around the stalk (whorl is the precise term) and that these whorls of flowers decrease in diameter as you move up the stalk to resemble a pagoda; hence the common name Chinese Houses. Other flowers have similar features but this is a defining trait for this plant.

It has been pointed out that pagodas are religious structures and typically people do not live in them. When its common name came into being - most Americans had very limited knowledge of Chinese culture. What knowledge they often held had been reduced down to stereotypes that have lingered on. One of the botanists (George Bentham) who identified this plant brought the seeds back to London in the 1830's! The plant became a 'must have' in many gardens. The plant's exotic appearance captured the public's imagination and was affectionately called Chinese Houses. Reason #909 for learning and using the botanical names! The history of the botanical name and the common name often provide some amazing insights!

The flowers have a lilac or white upper lip and a rose-purple or violet lower lip. On occasion these flowers appear all white (upper and lower lips). The bright-green, lance-shaped (longer than wide) leaves clasp the stem. I saw my first Chinese Houses of the 2015 season on the Pentachaeta Trail about half a mile in. There were three or four small spots where the flower was growing. Looking around the area at the large amount of distinctive opposite paired leaves on the hundreds of plants it became obvious that this bloom would soon begin in earnest - just not this day. Over the course of three weeks I re-visited the area and watched the flower bloom as it stretched out alongside the trail back towards the trail head. What a pleasure to watch this play out! Another interesting fact - the leaves turn a deep beautiful shade of Red at the end of the reproductive cycle. Click on the last picture to see what I mean. What a way to say goodbye to the early part of Spring. Collinsia heterophylla is an annual plant growing in shady places, 10 to 50 centimeters (4 to 20 in) in height. It can be found in most of California (other than desert regions) below about 1,000 meters (3,300 ft). Look for this plant along the edges of openings where there is some shade provided by tall shrubs or trees or to be more specific: north-facing slopes in the bright shade of other plants. In most years this plant blooms from mid Spring to early summer. Chinese Houses are somewhat unique among our wildflowers - they prefer shade - most of our native annual wildflowers thrive with lots of sunlight. The stamens and pistils of this flower are hidden in away in the `keep`. If a pollinator lands on the flower the petal will lower and provide access to its pollen and nectar. As the flowers mature, one can observe this `keep` (one of the photos shows this). The seeds need light as part of the germination process and will not germinate if covered too deeply by soil.