Plant of the Month - Chocolate Lily 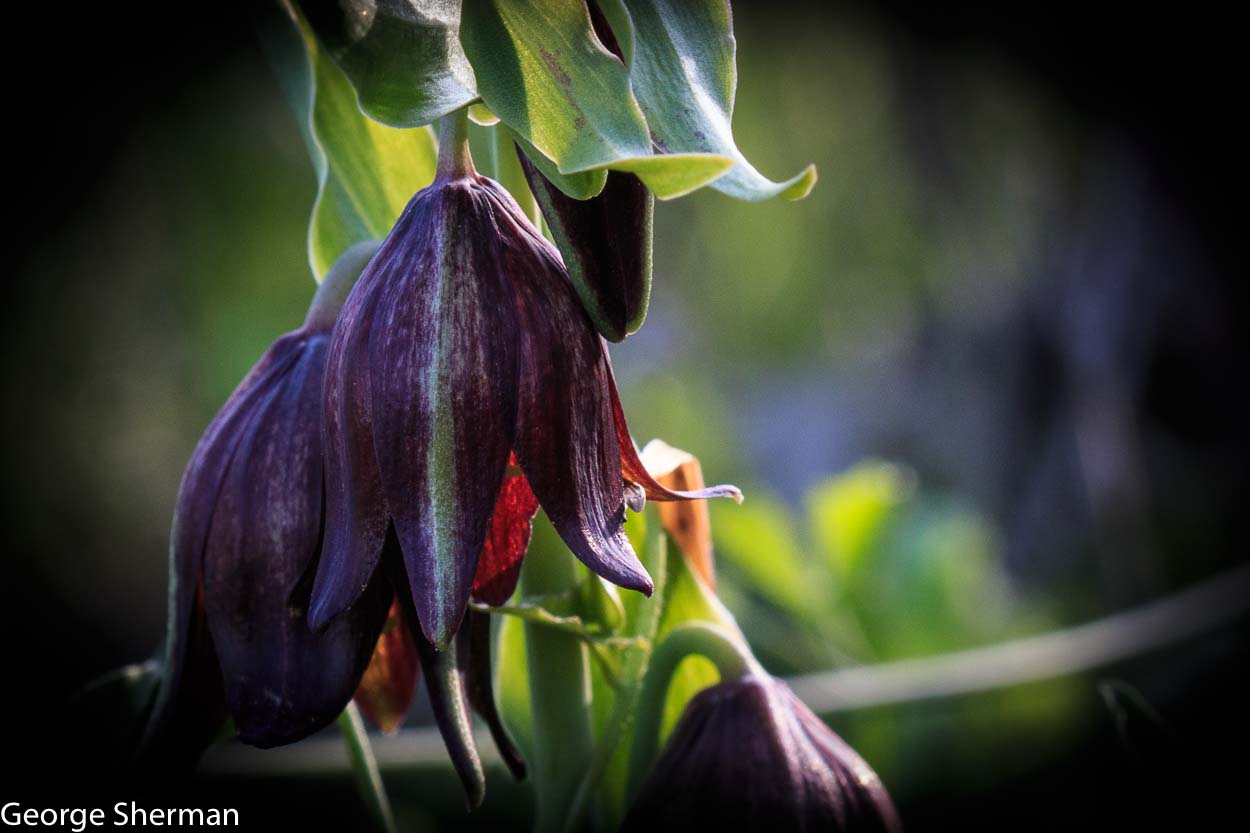 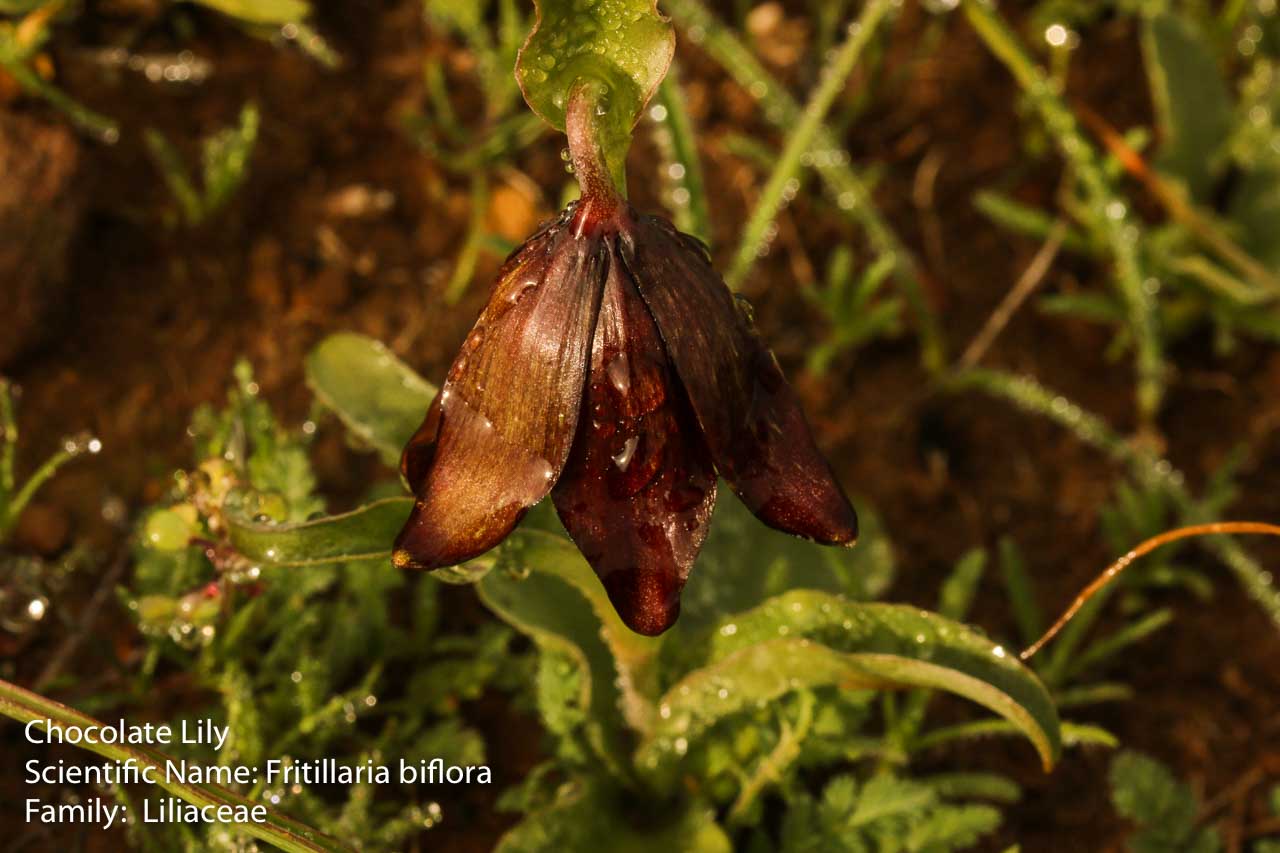 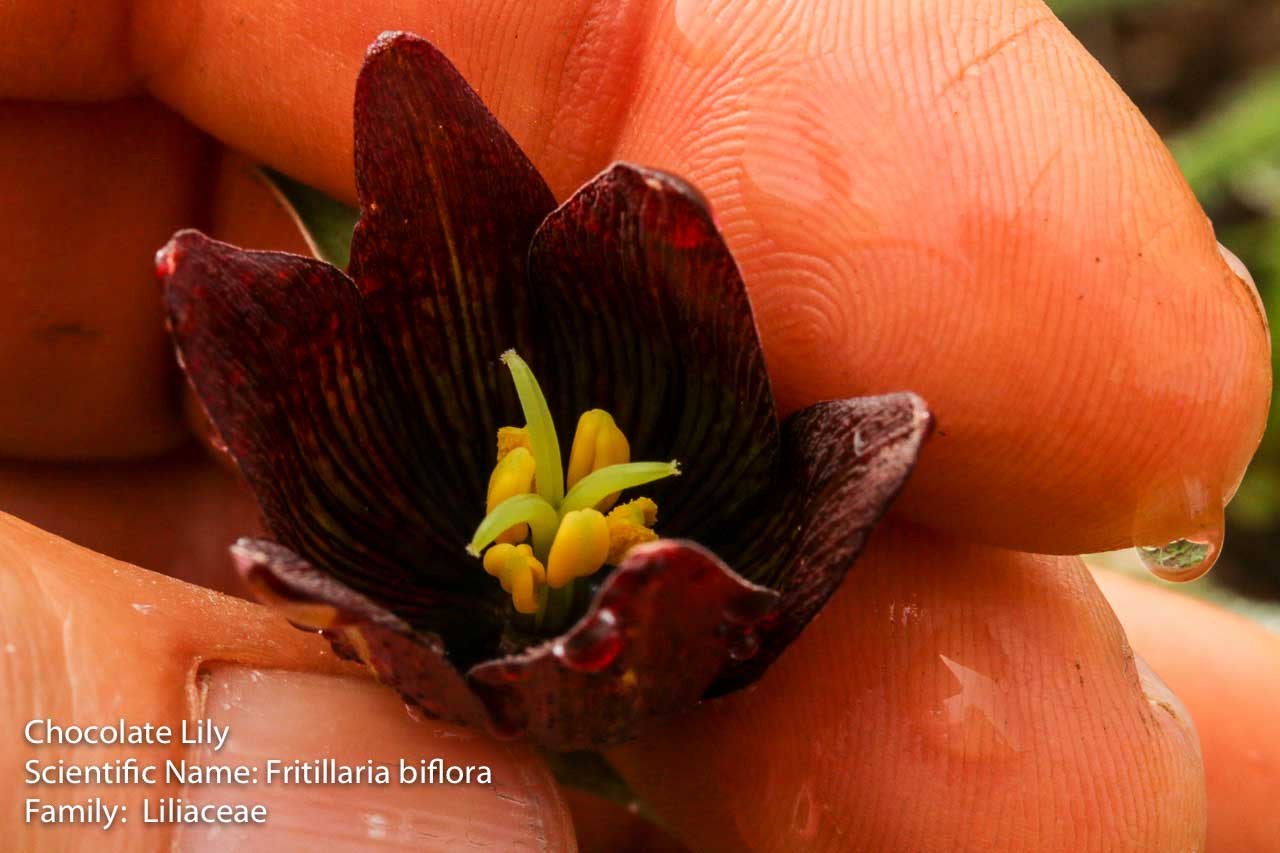 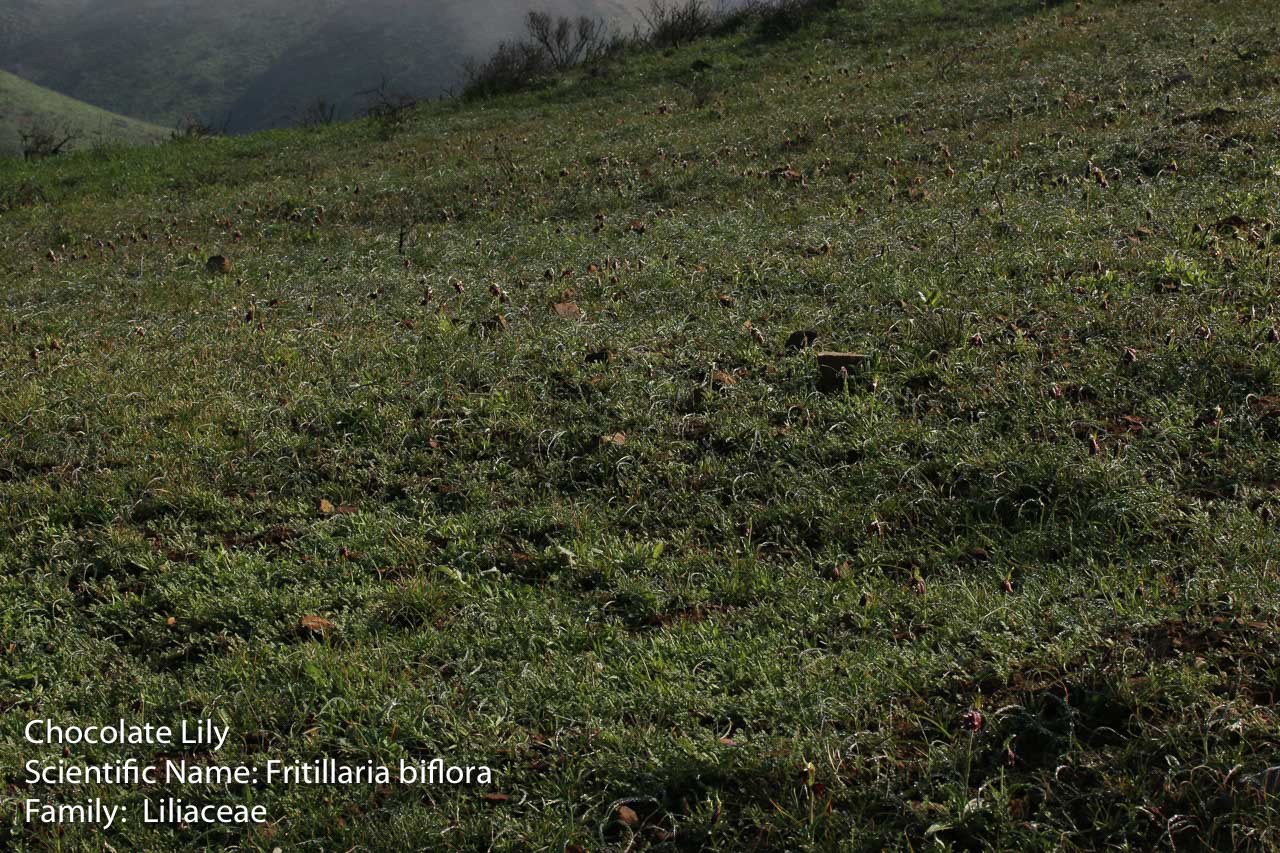 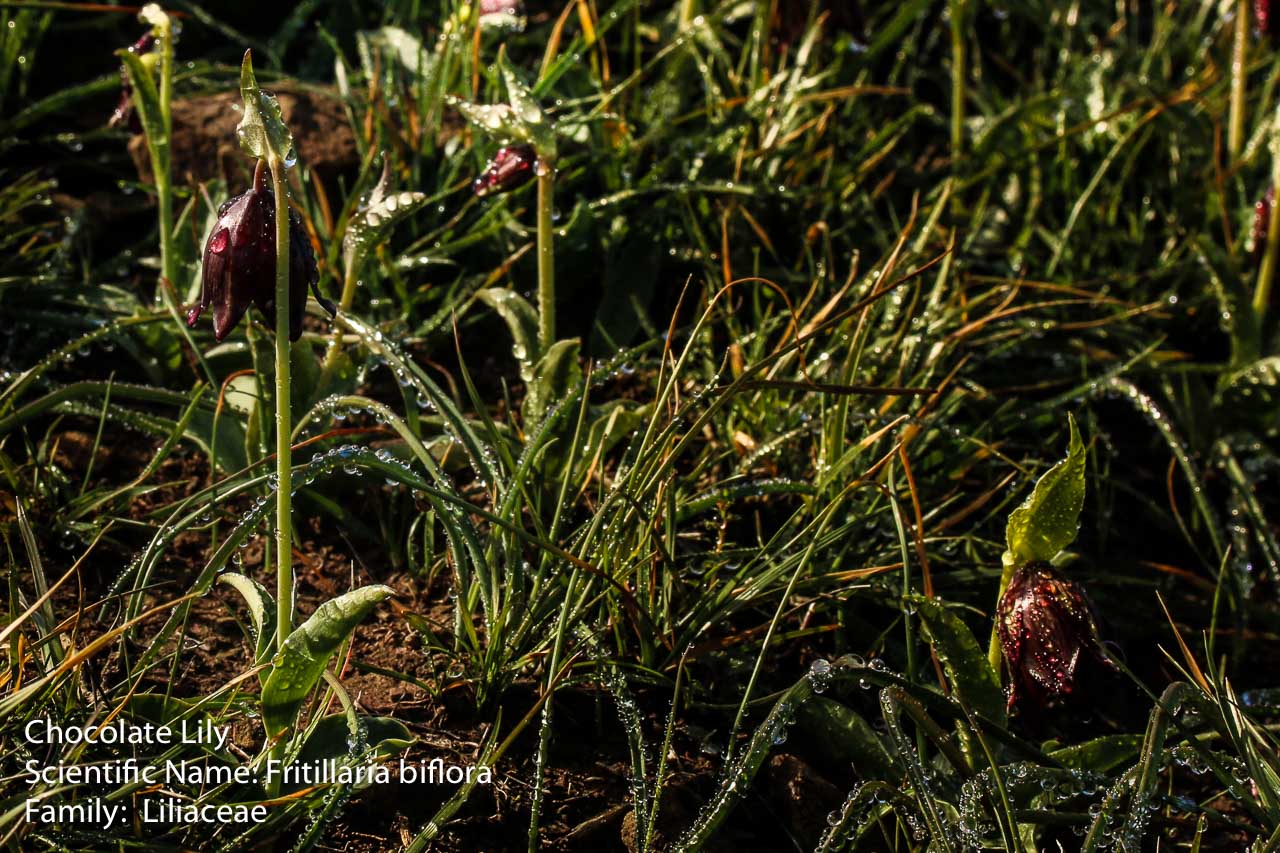 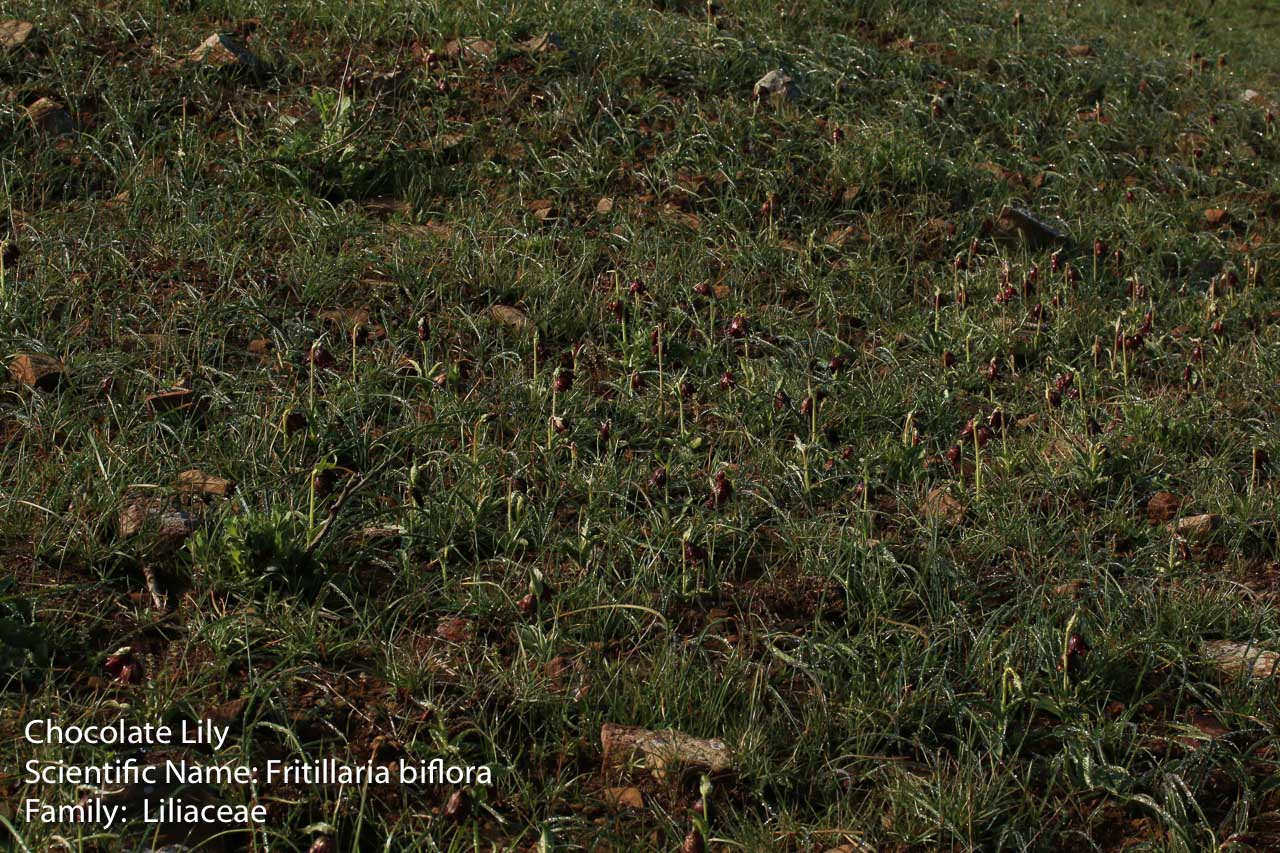 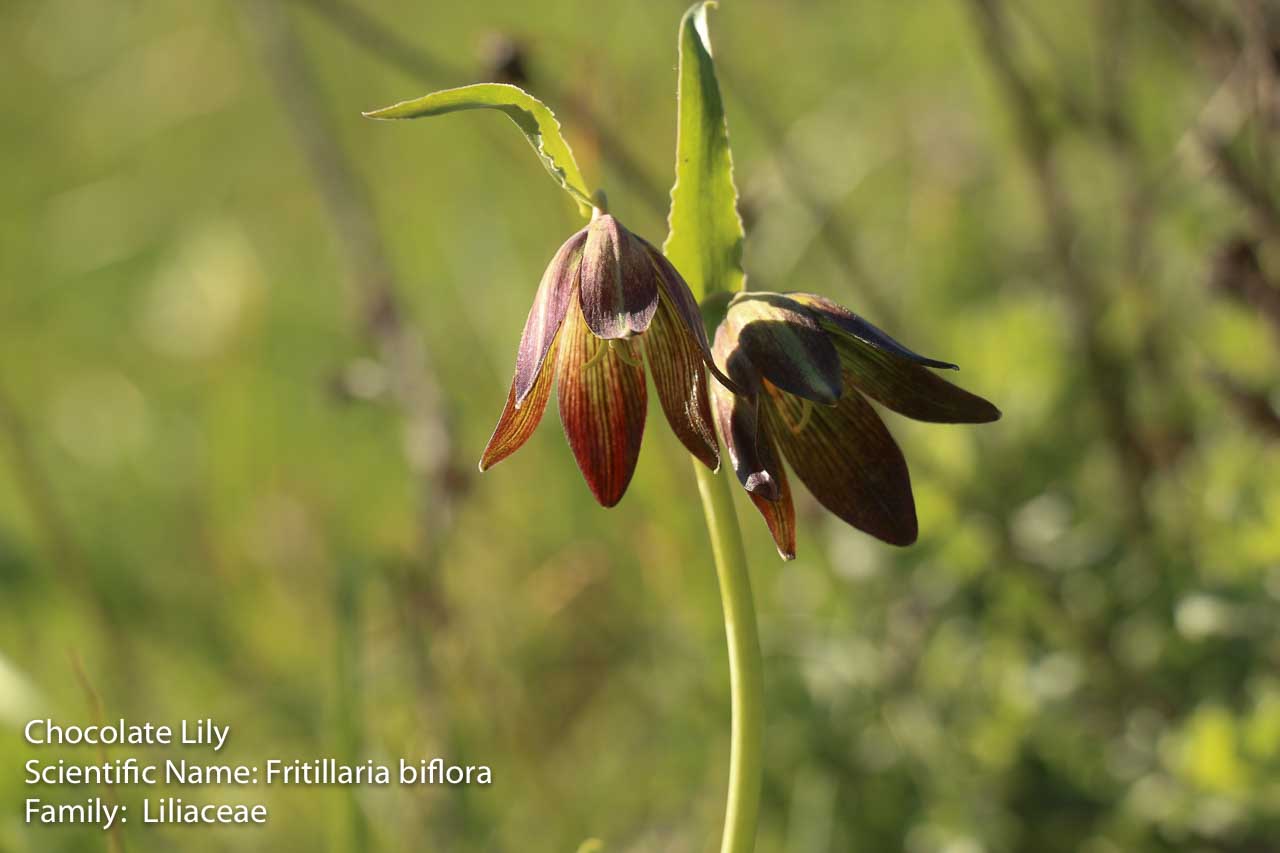 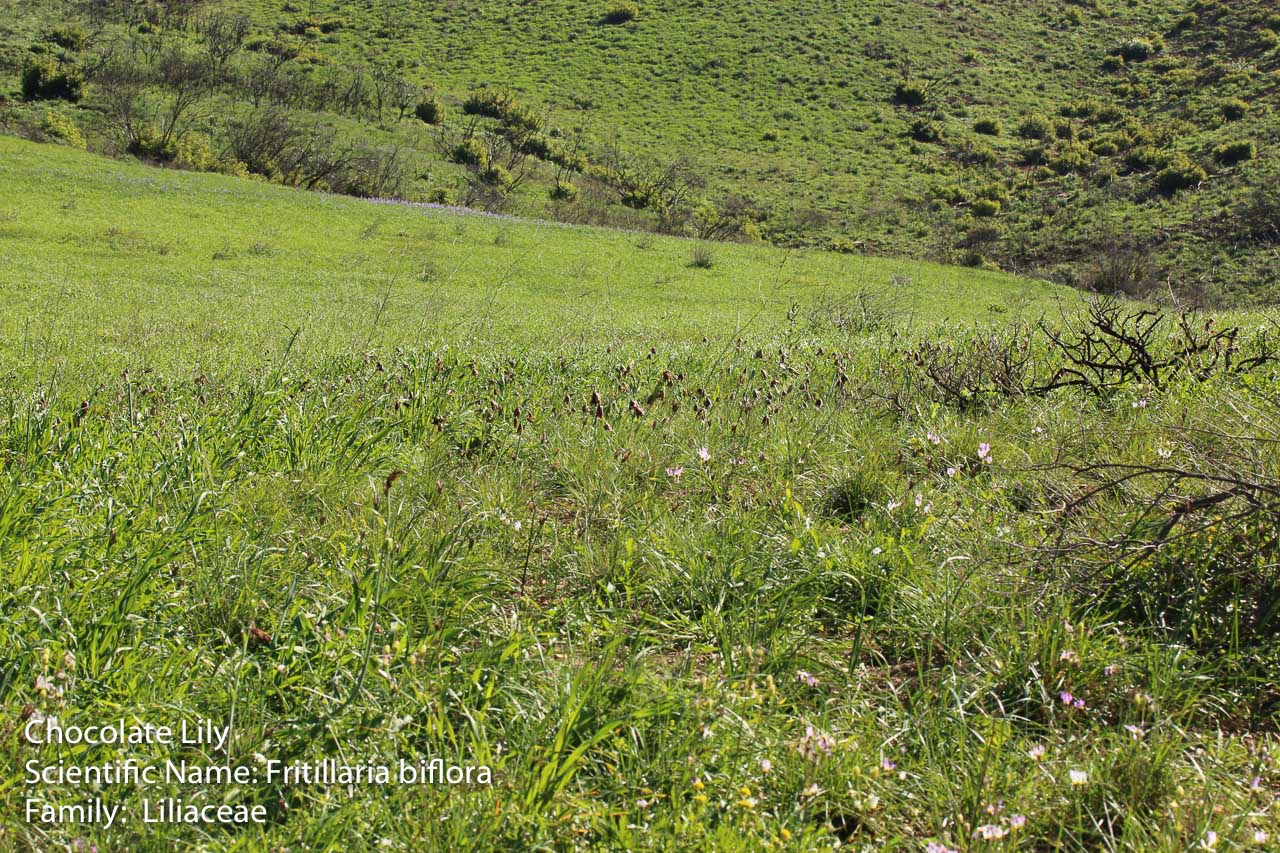 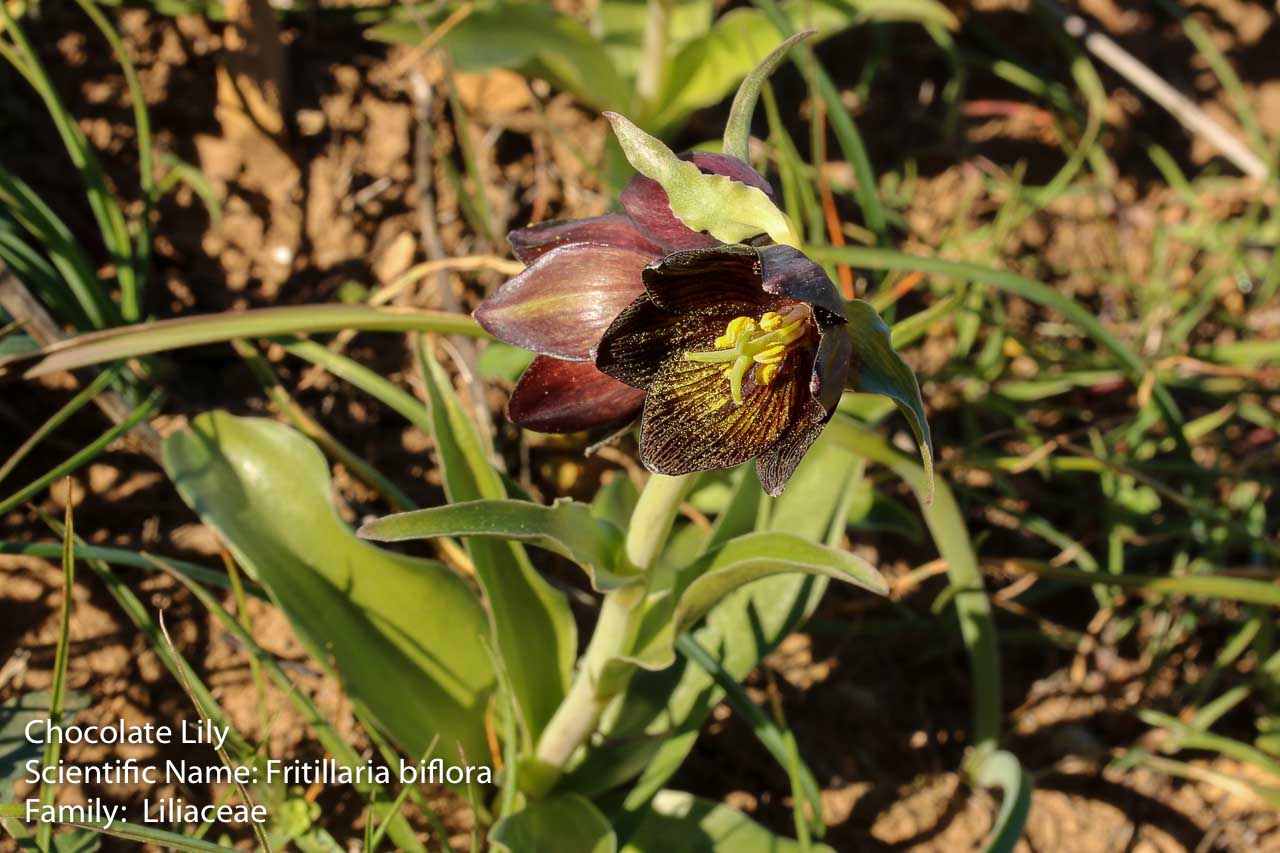 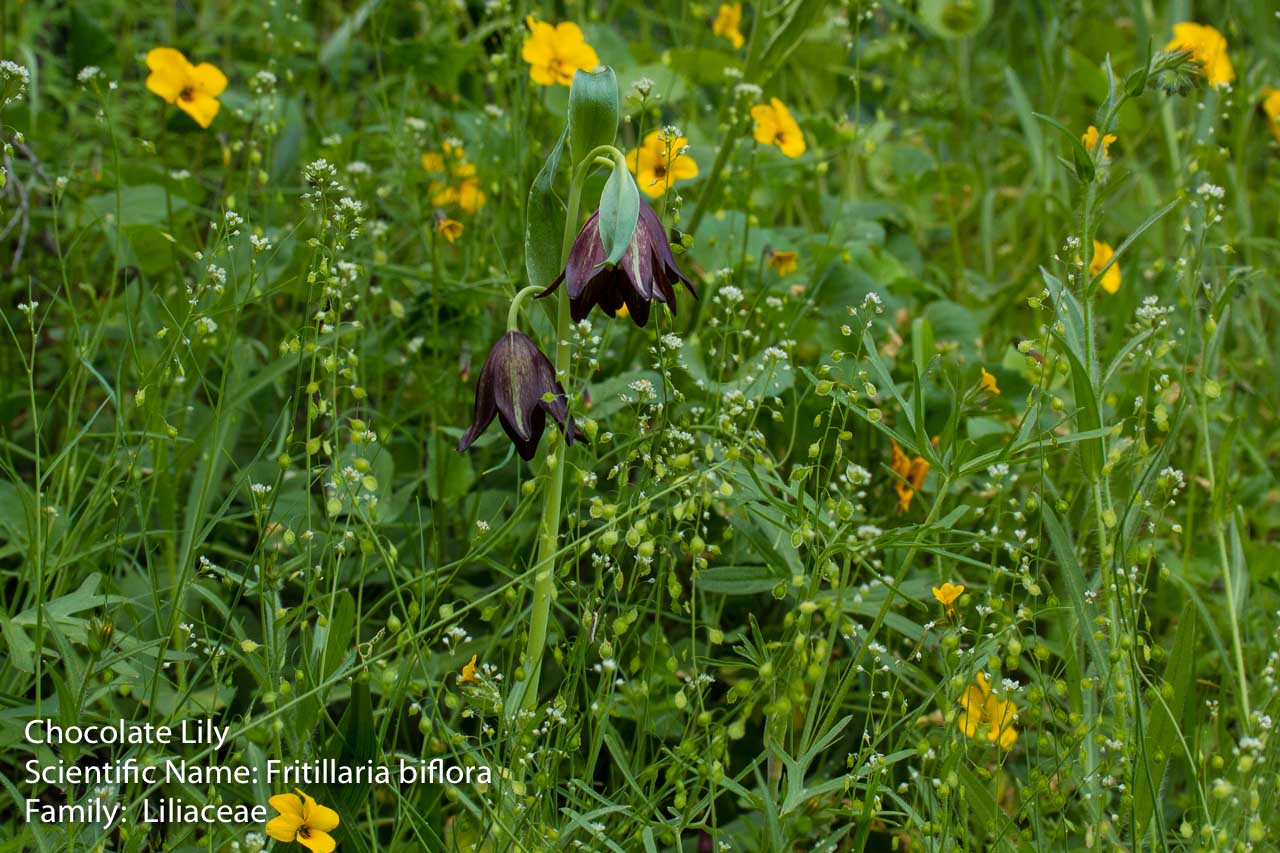 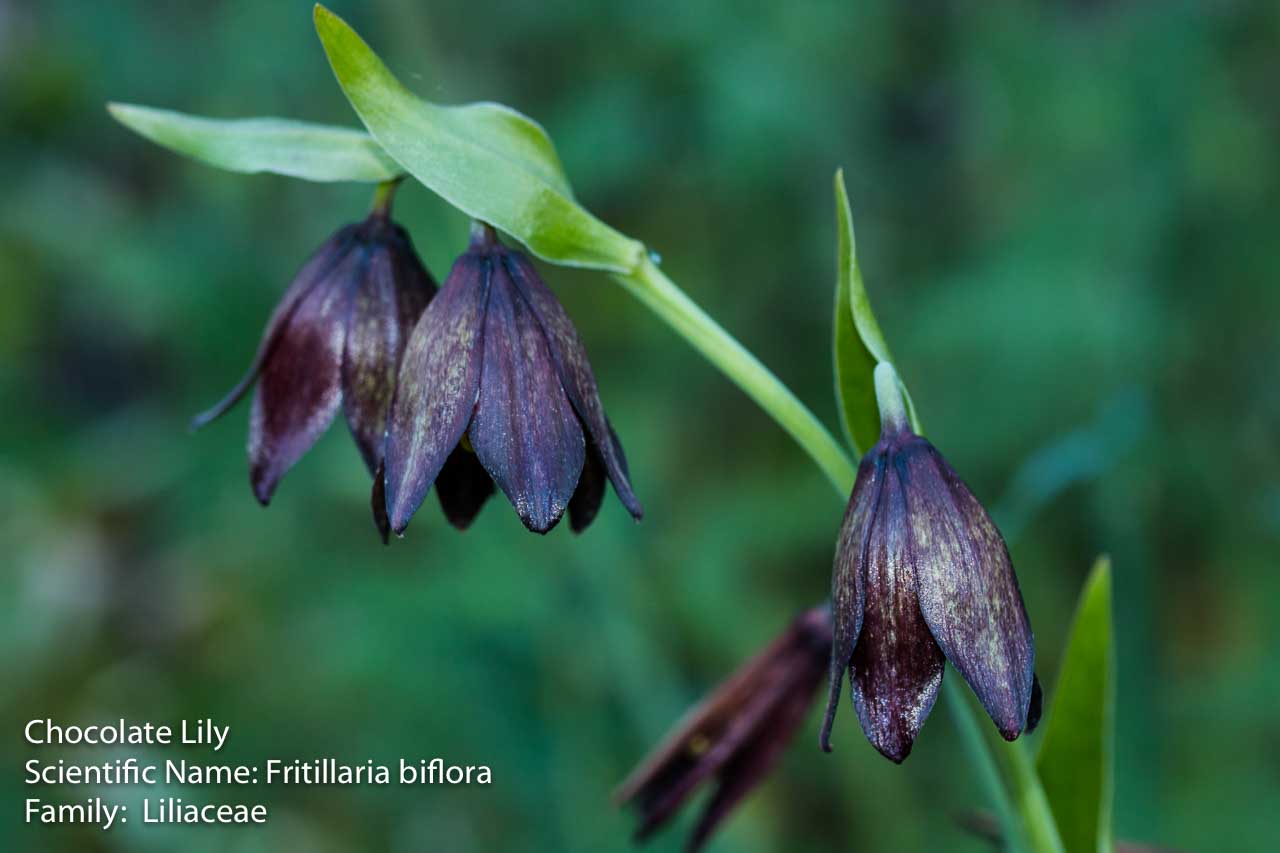 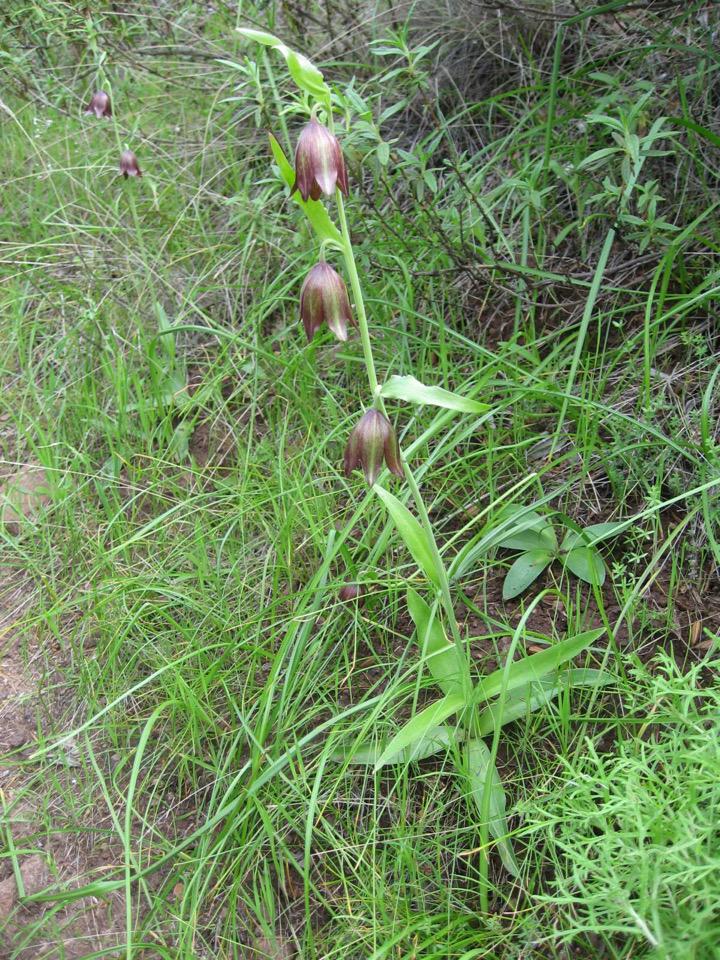 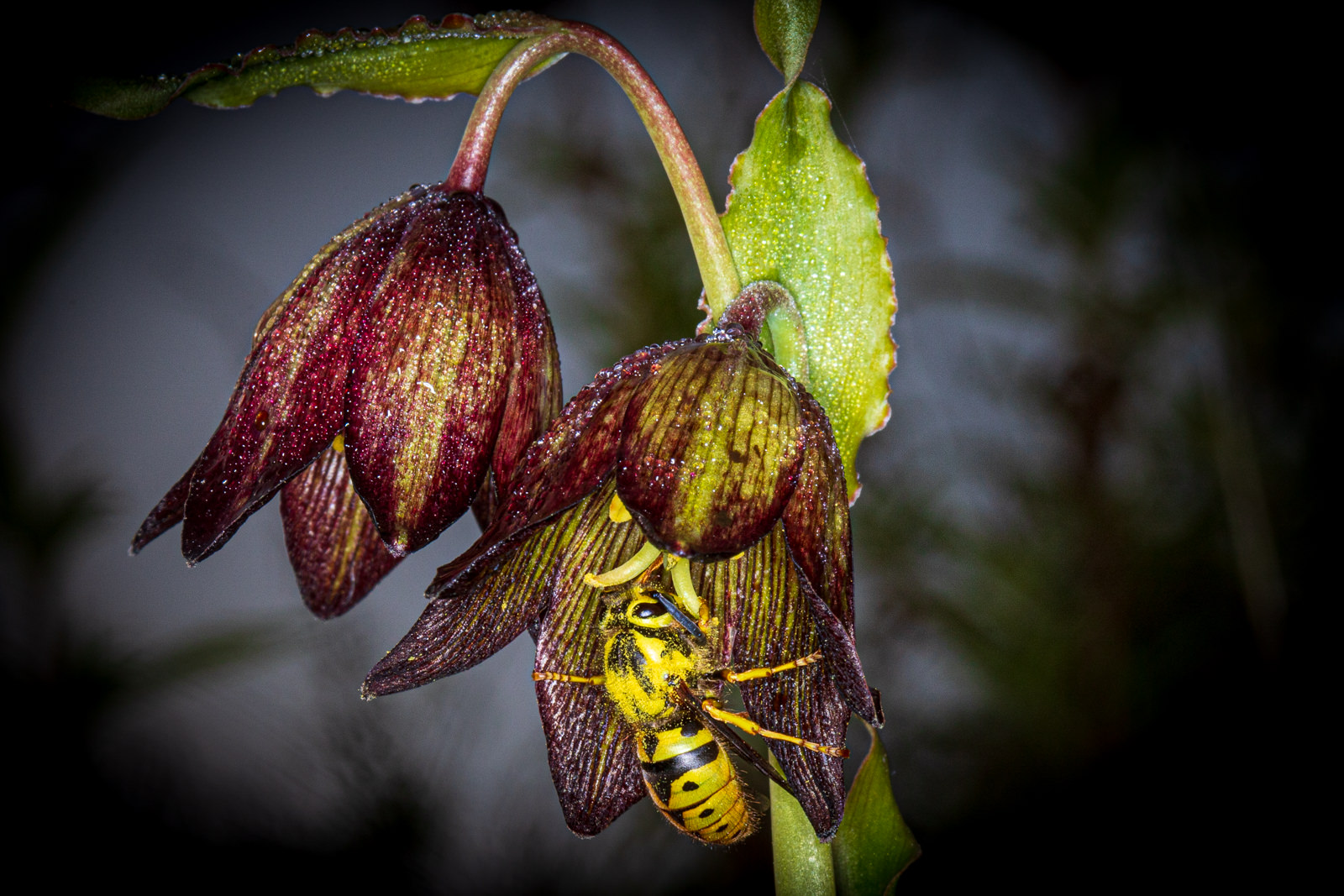 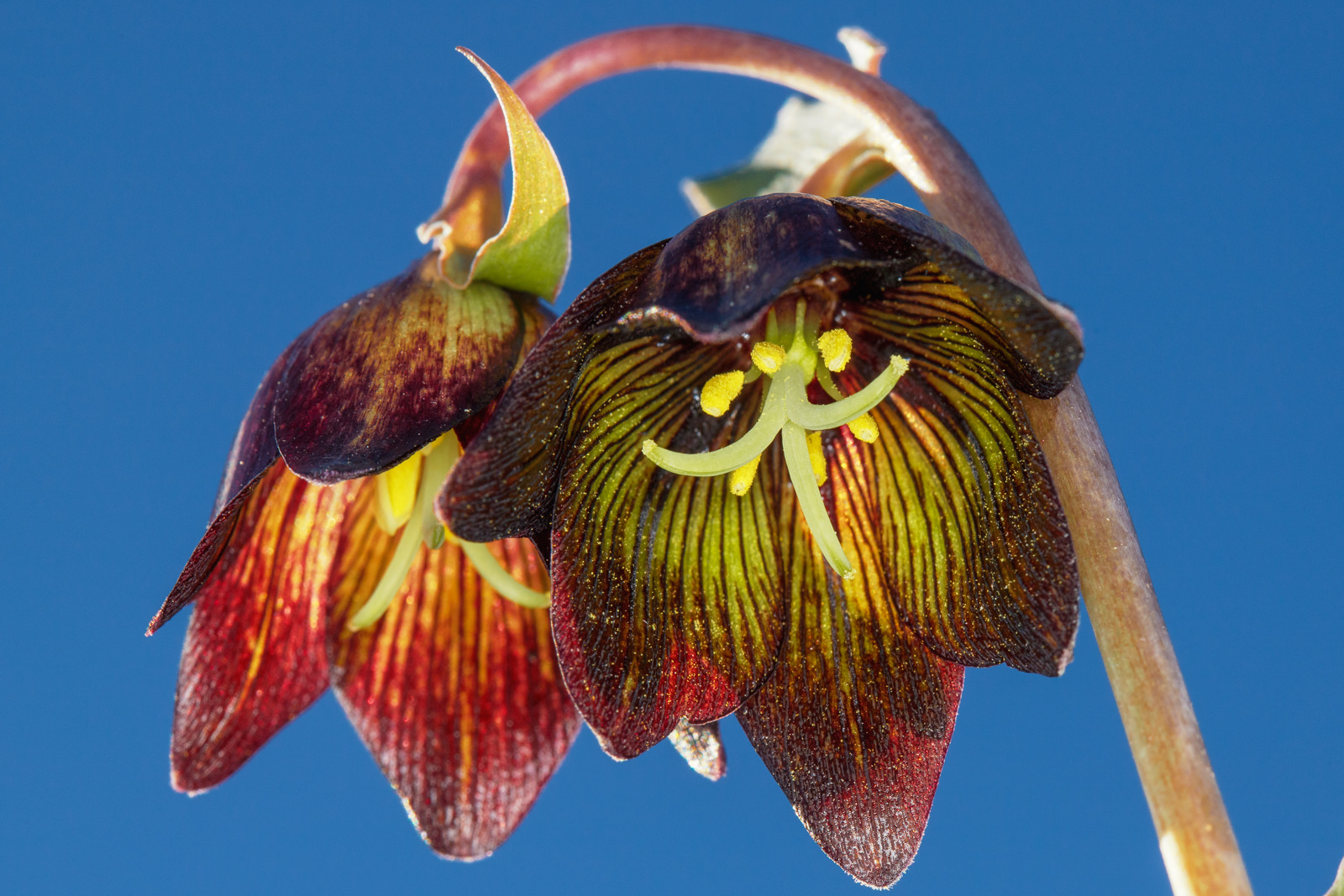 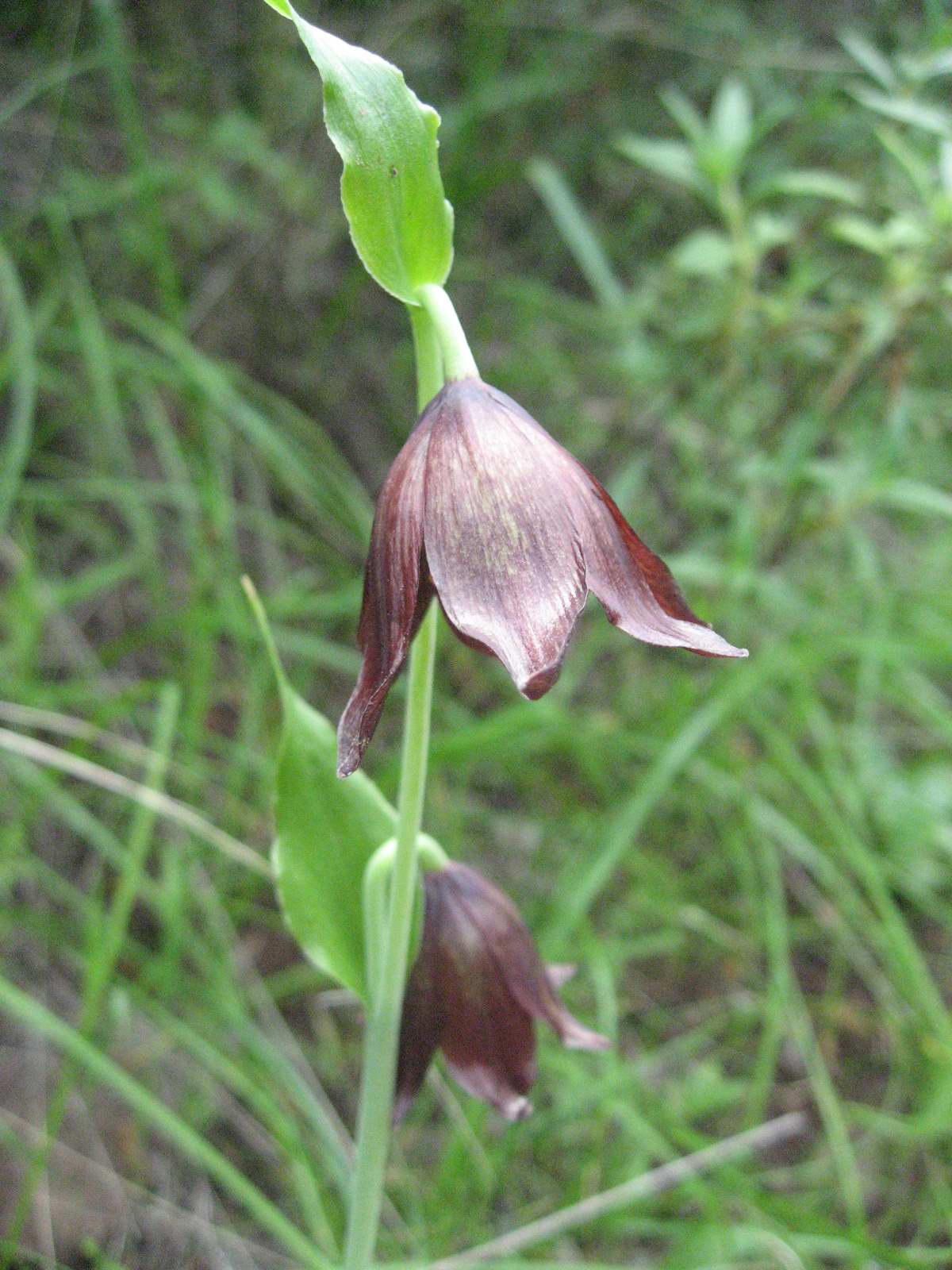 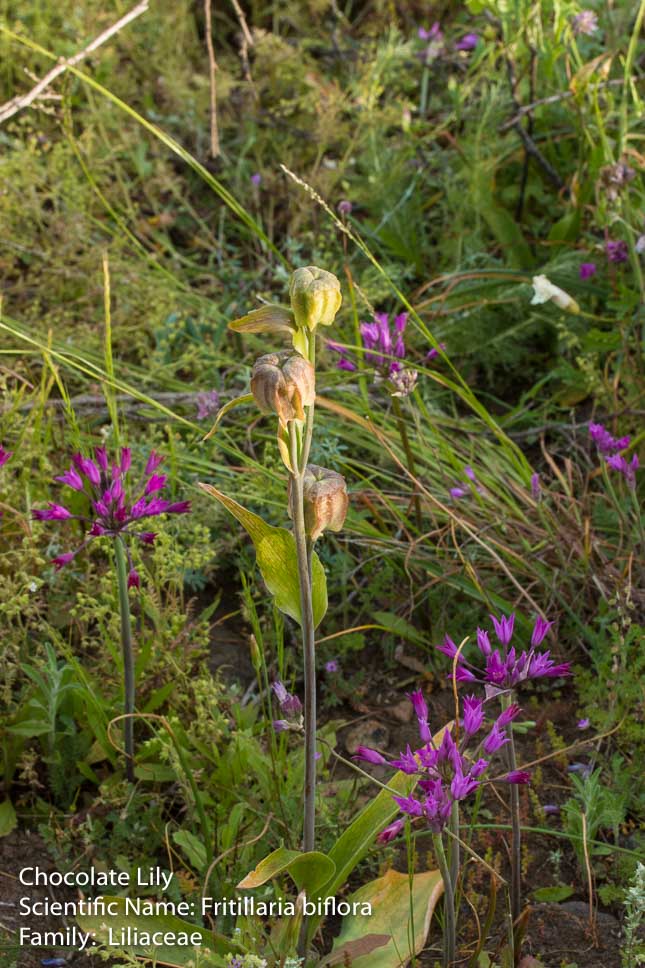 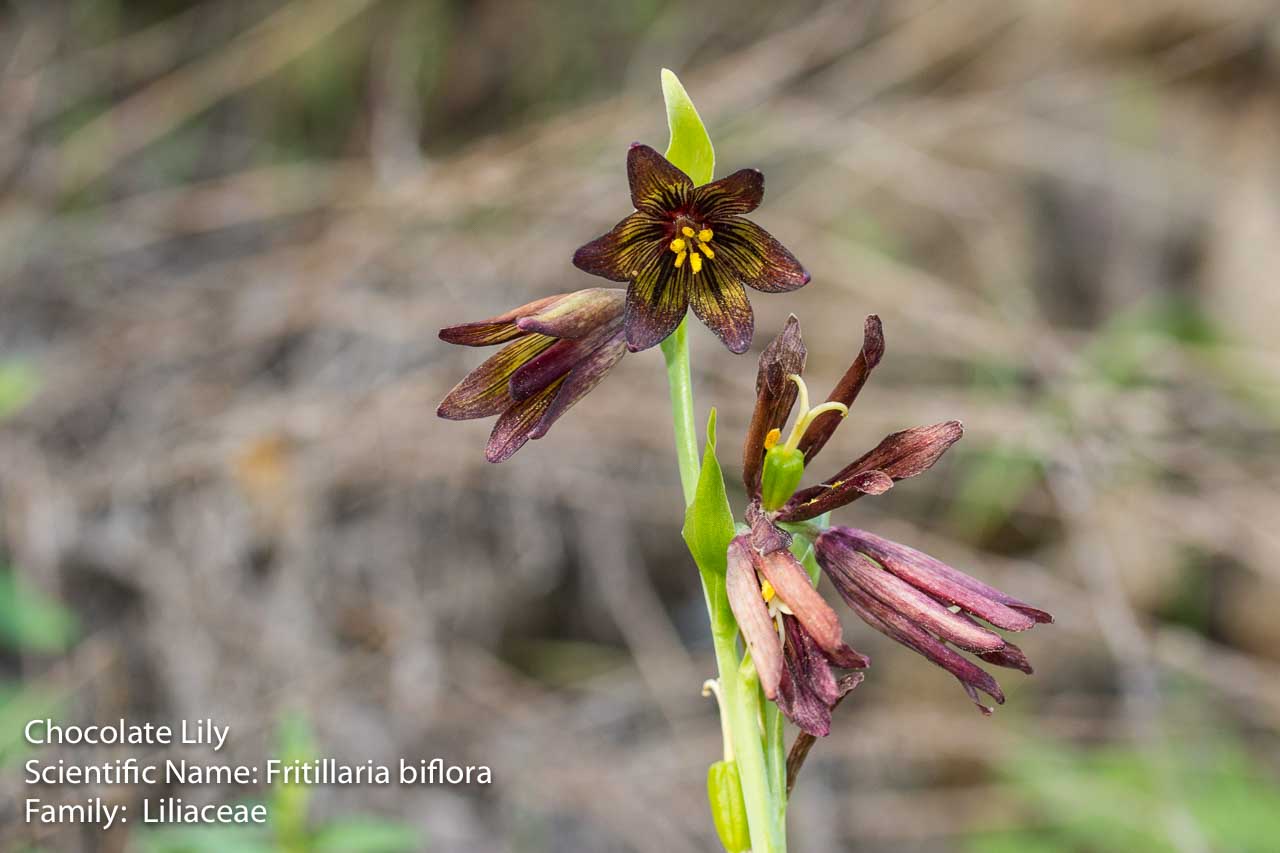 Chocolate Lily is one of the more uncommon lilies in our mountains, probably due to its affinity for heavy clay soil. Its nodding brown flowers bloom from February to June. The flowers are about 2-3 inches in diameter, with 3 petals and 3 sepals of the same appearance together forming a bell shape. Closer examination reveals green and purple lines on the undersides of the petals and sepals along with 6 stamens and 1 pistil inside of the bell flower. The fruit that remains after flowering is in the shape of a capsule. The lance-shaped leaves are up to 5 inches long and form a whorl at the base, with some additional leaves making an appearance along the stem. The plant is glabrous, i.e. lacking hairs. Each year the plant sprouts anew from a bulb. If you want to add this plant to your garden be prepared for a 4-5 year wait for the plant to reach maturity and produce flowers.

The genus name Fritillaria means "dicebox" refering to the shape of the capsule and/or the appearance of part of the flower. Biflora is a bit of a misnomer as there are frequently more than 2 flowers on a stem (commonly there are 1-4 flowers per stem but sometimes up to 20 flowers). There are a number of other species within the Fritillaria genus which resemble our biflora and share the same common name(s). These are largely found north of here along the Pacific coast, all the way up to Alaska and along the Aleutian Islands. Fritillaria biflora is the only Fritillariaspecies known of in the Santa Monica Mountains.

Attracted by the plant's foul scent - described as "similar to rotting flesh", the Chocolate Lily is pollinated by flies. In an ideal setting, Chocolate Lilies can often be found in large numbers (greater than a 1,000) but most often you will find one or two. This was the first flower I wanted to find after hearing of its name. Finding this flower for the first time motivated me to learn about and find many other plants you that will find in our archives. I hope it does the same for you as well.