Plant of the Month - Coffee Fern 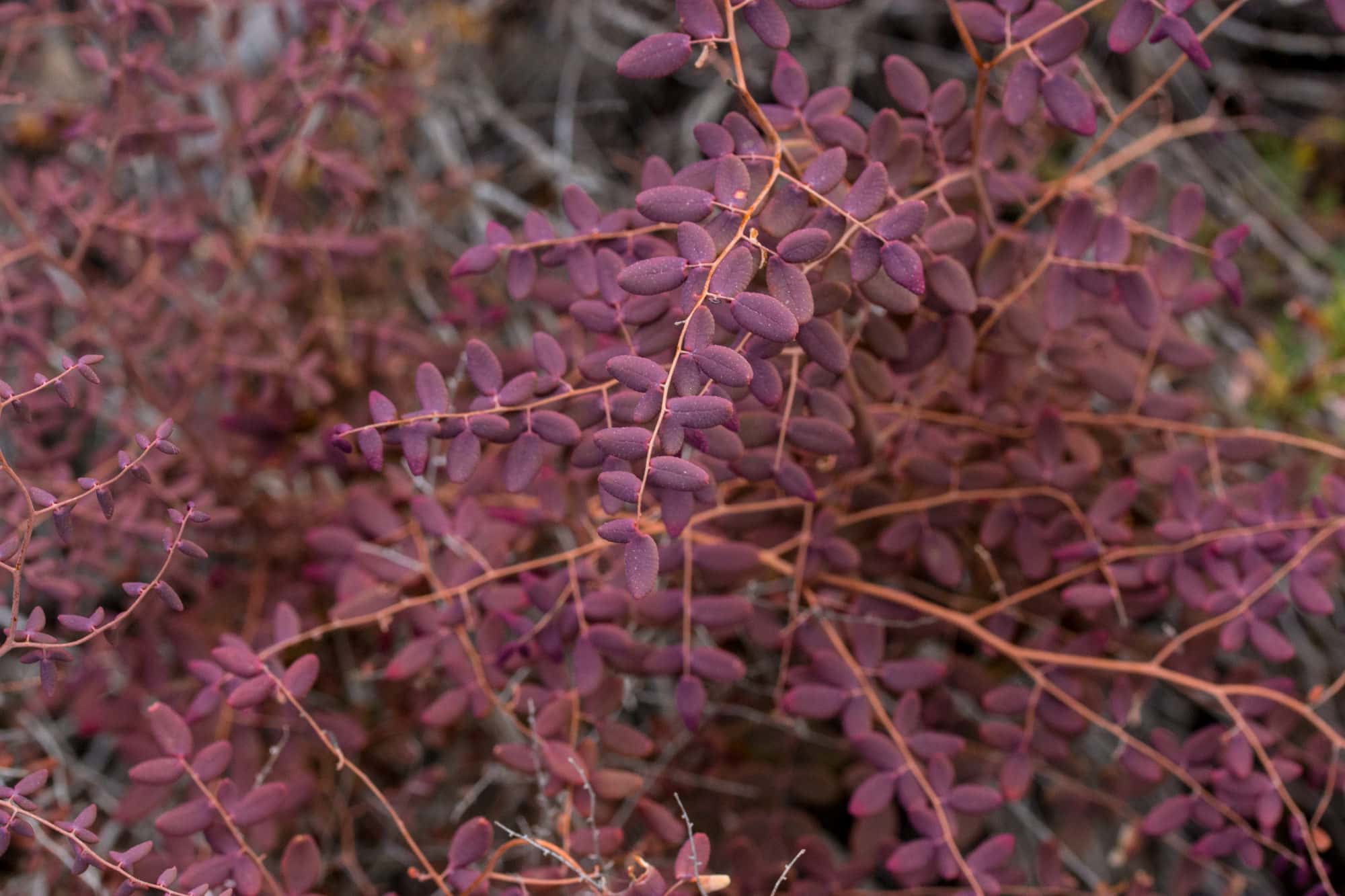 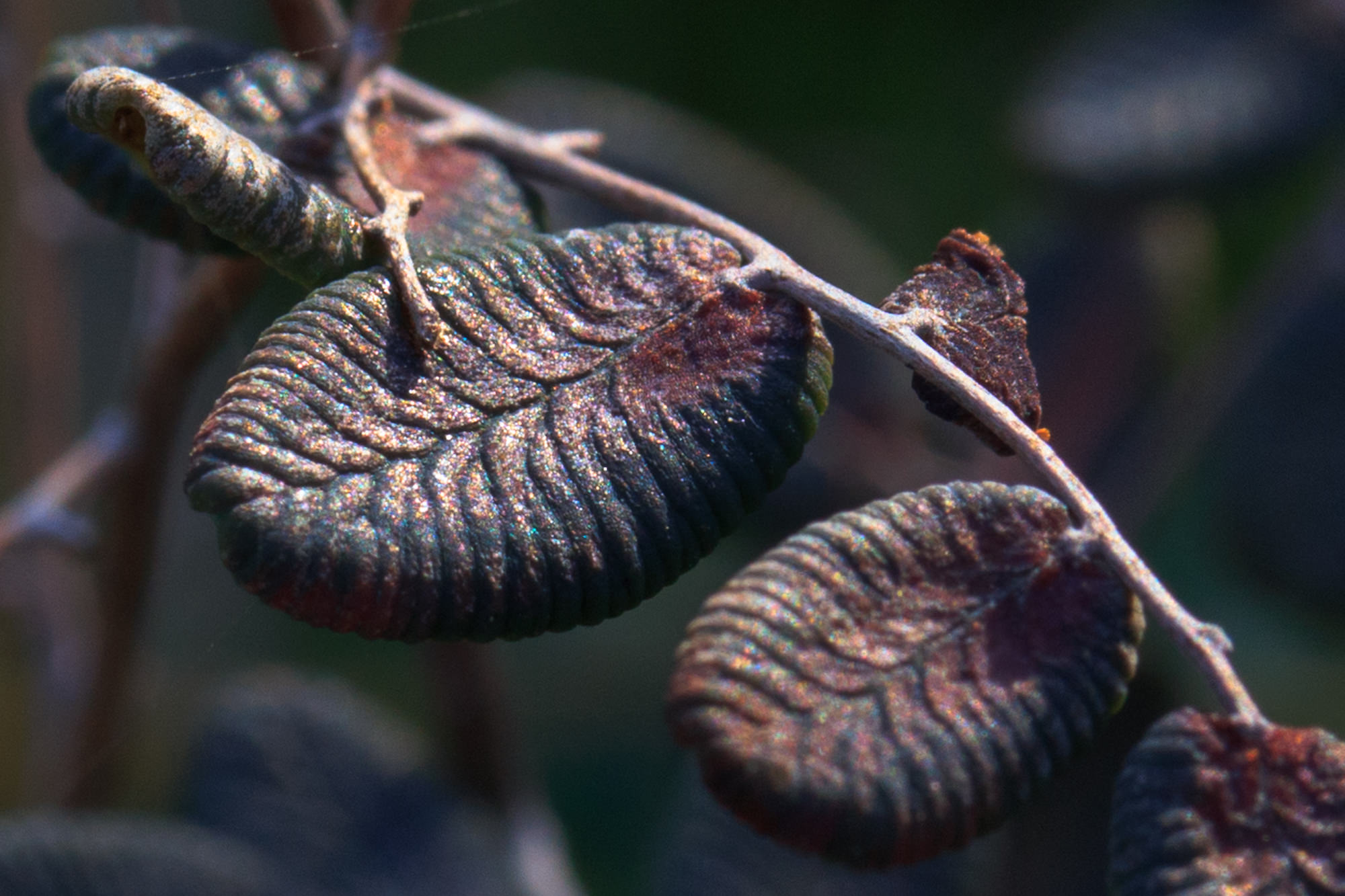 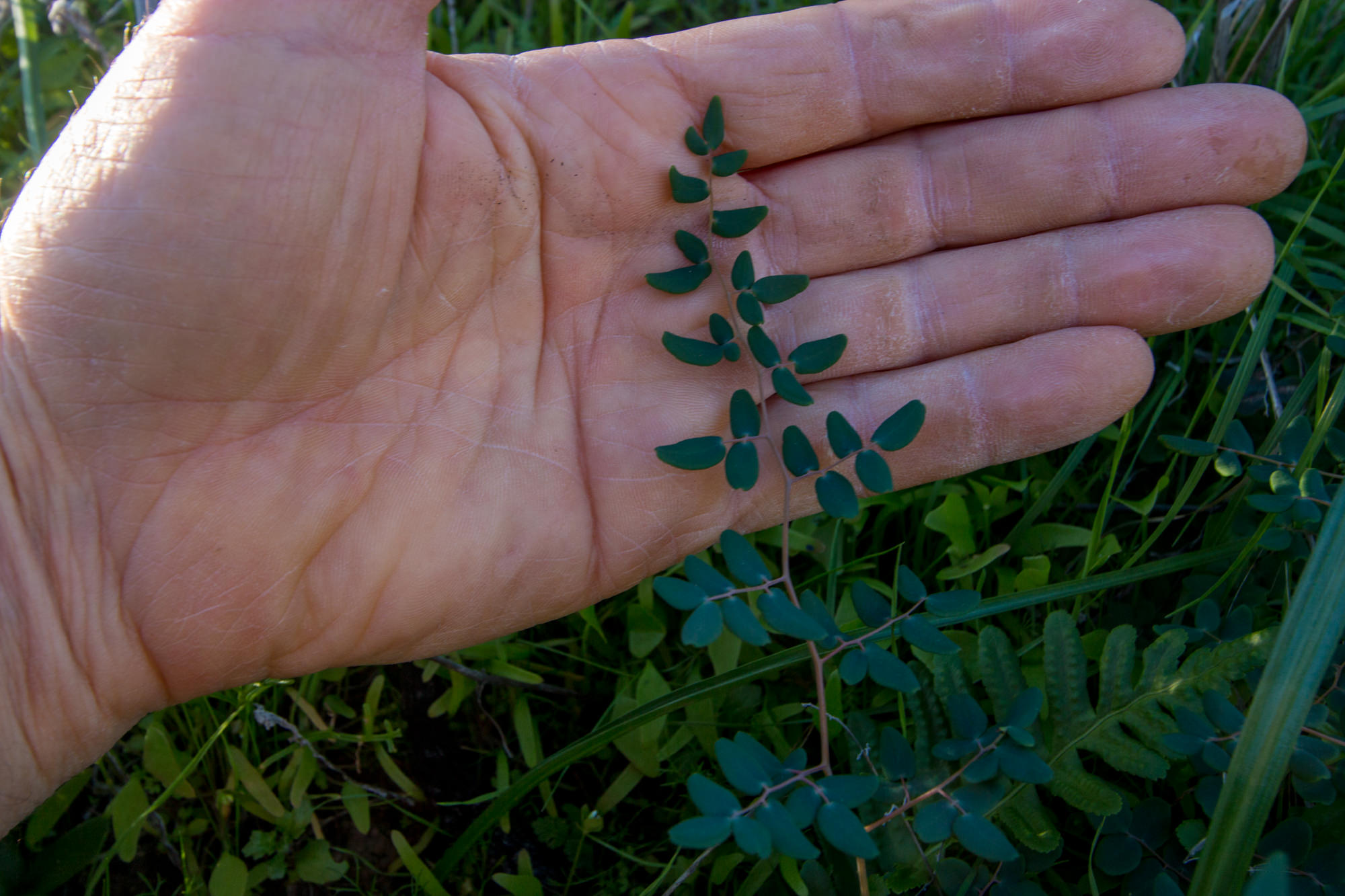 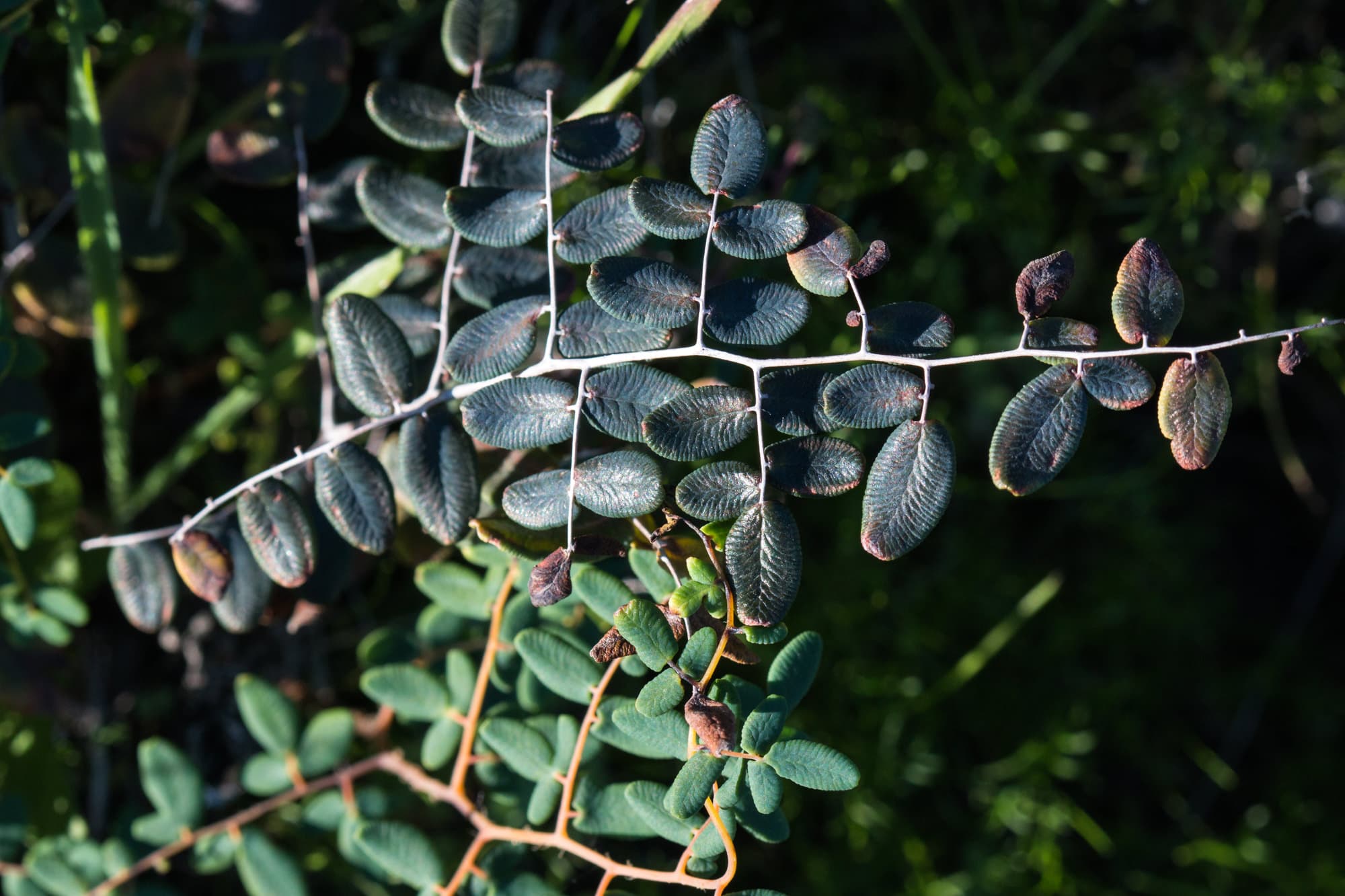 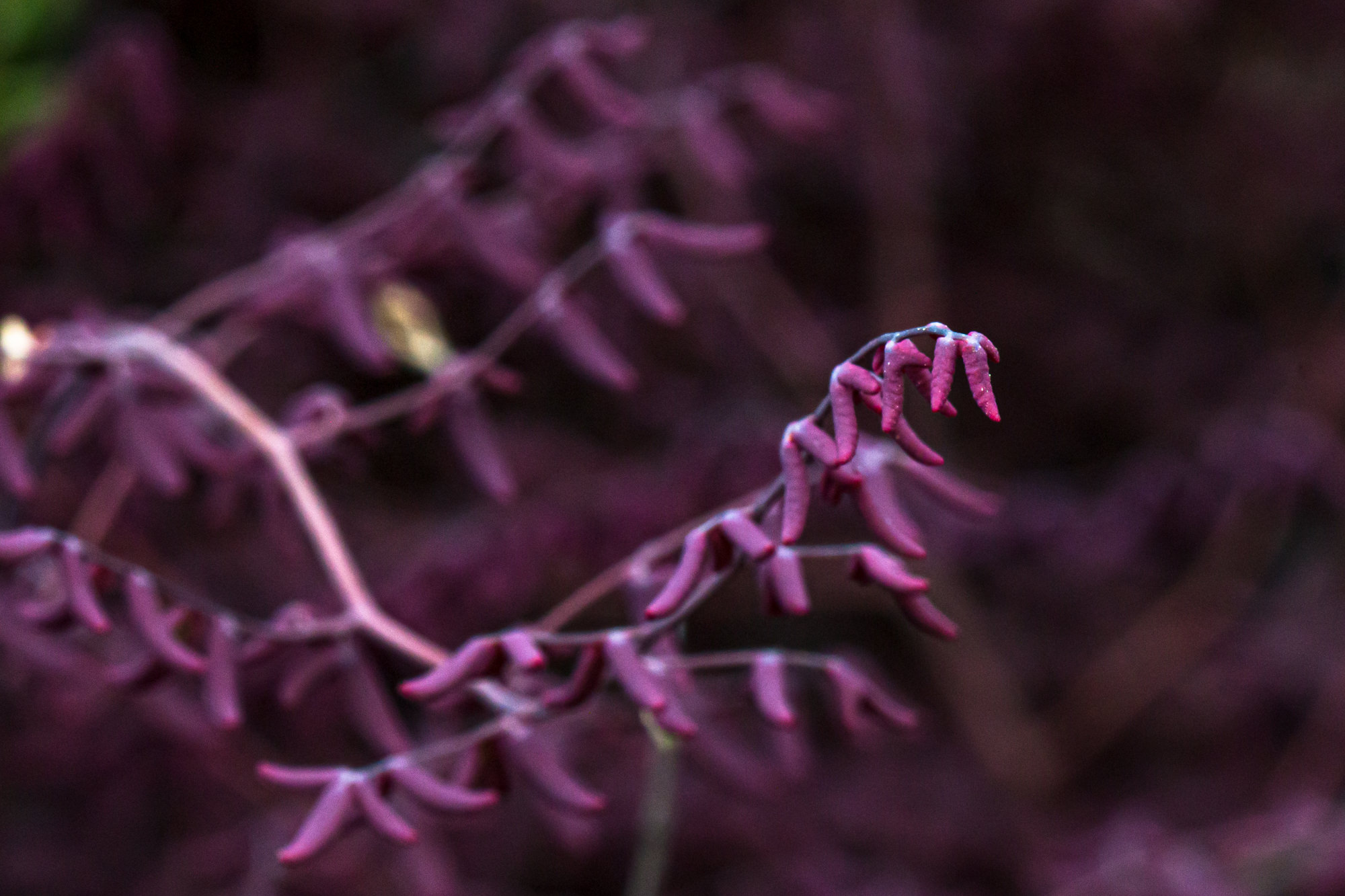 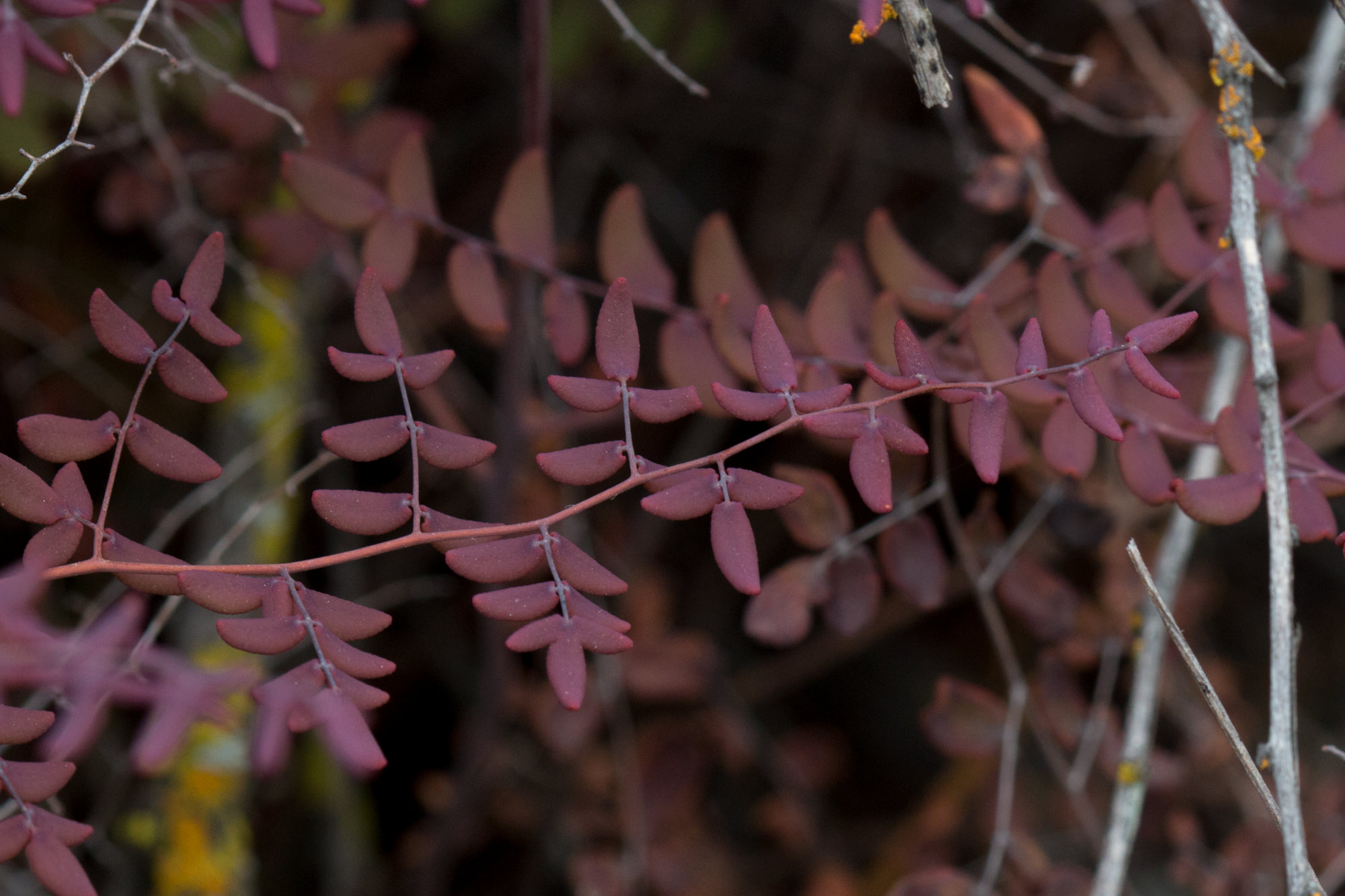 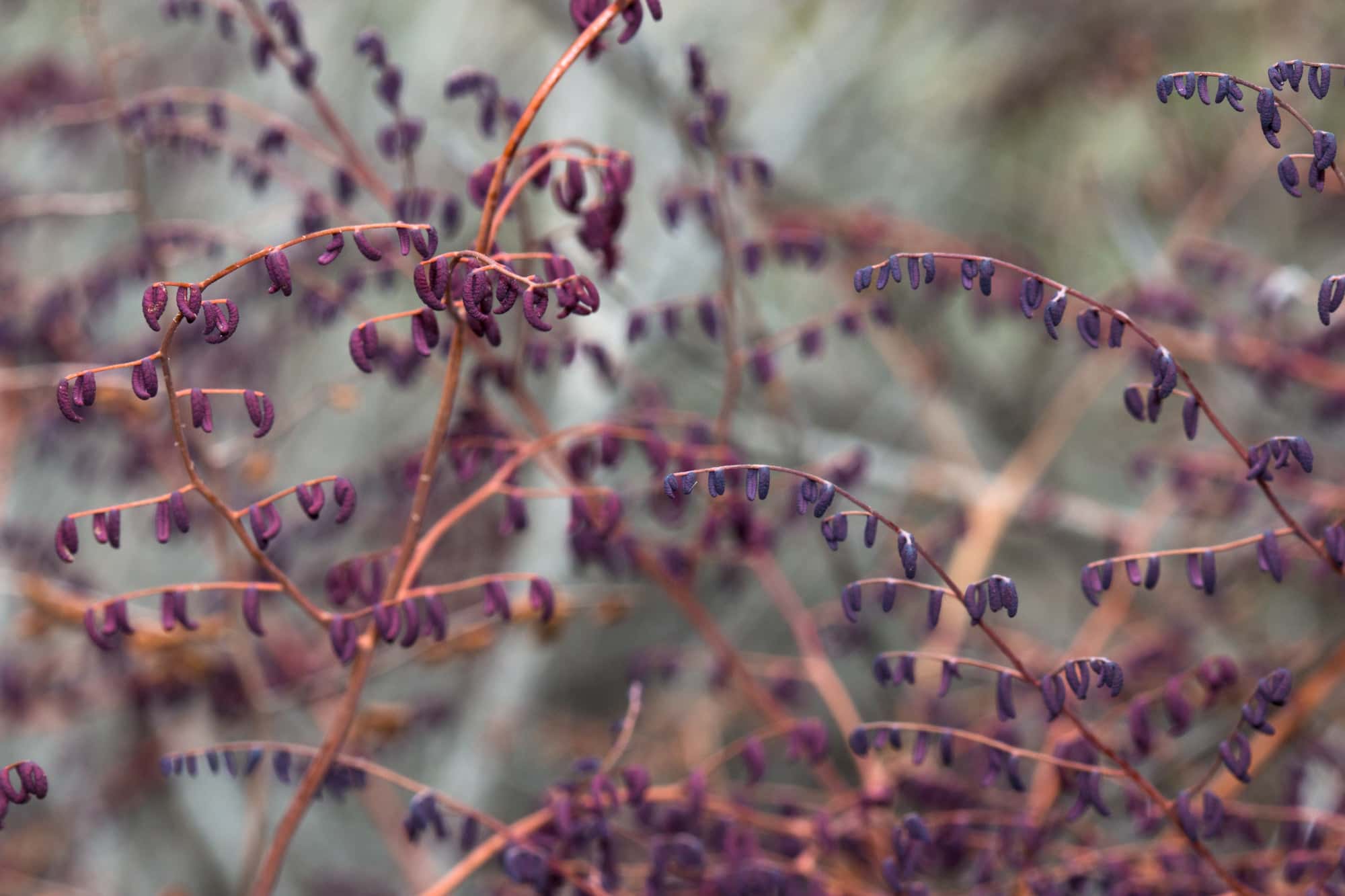 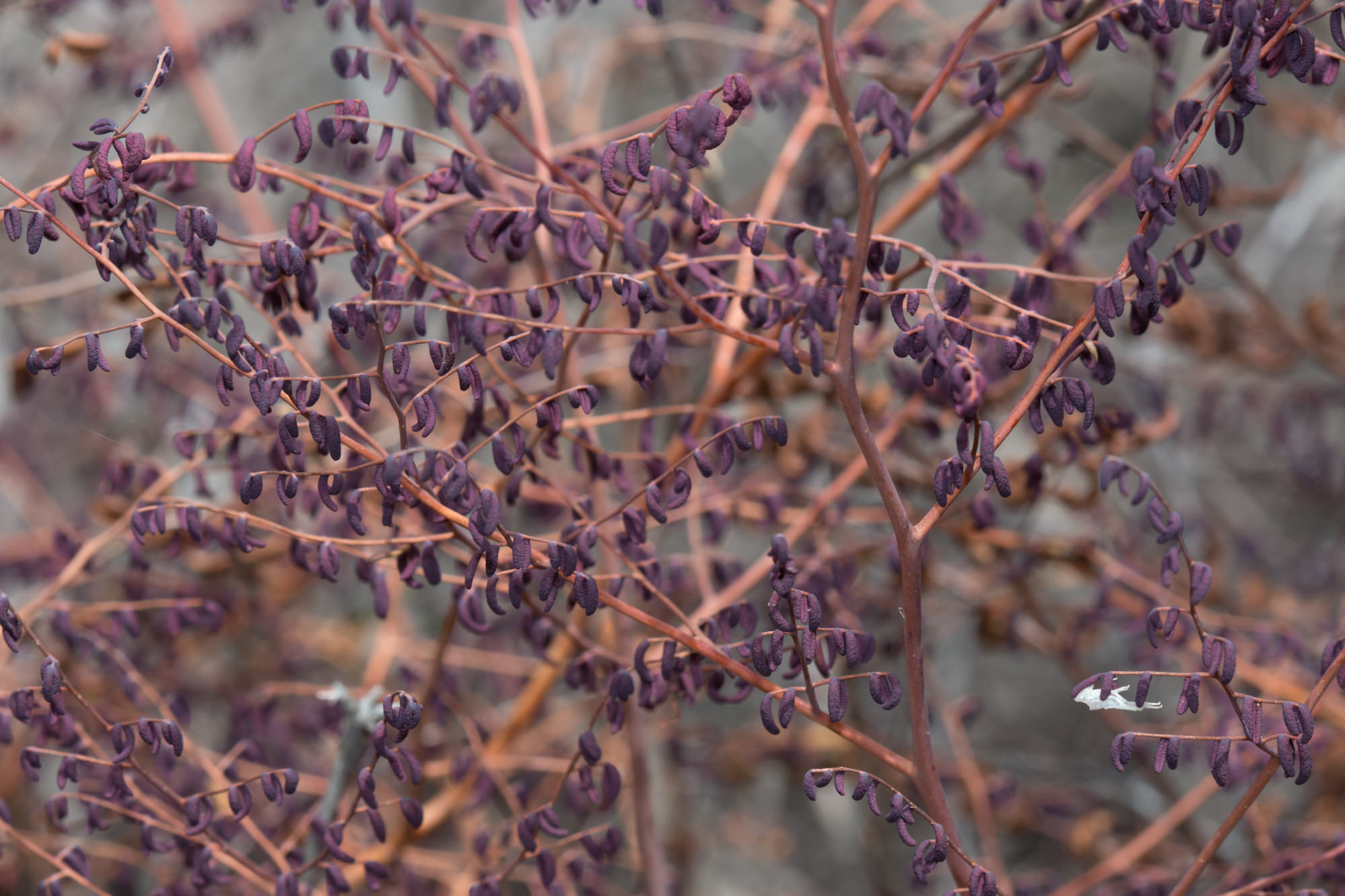 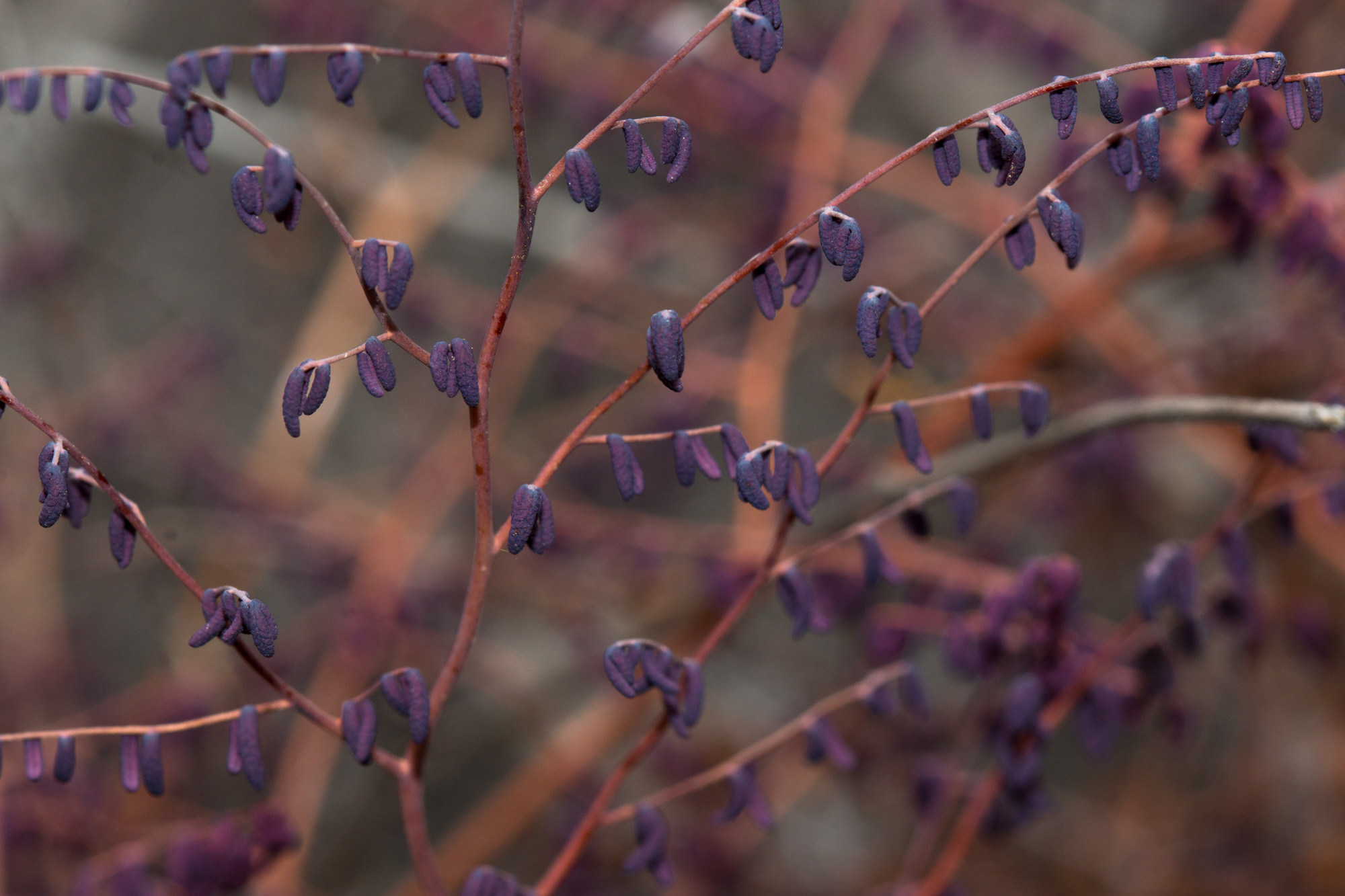 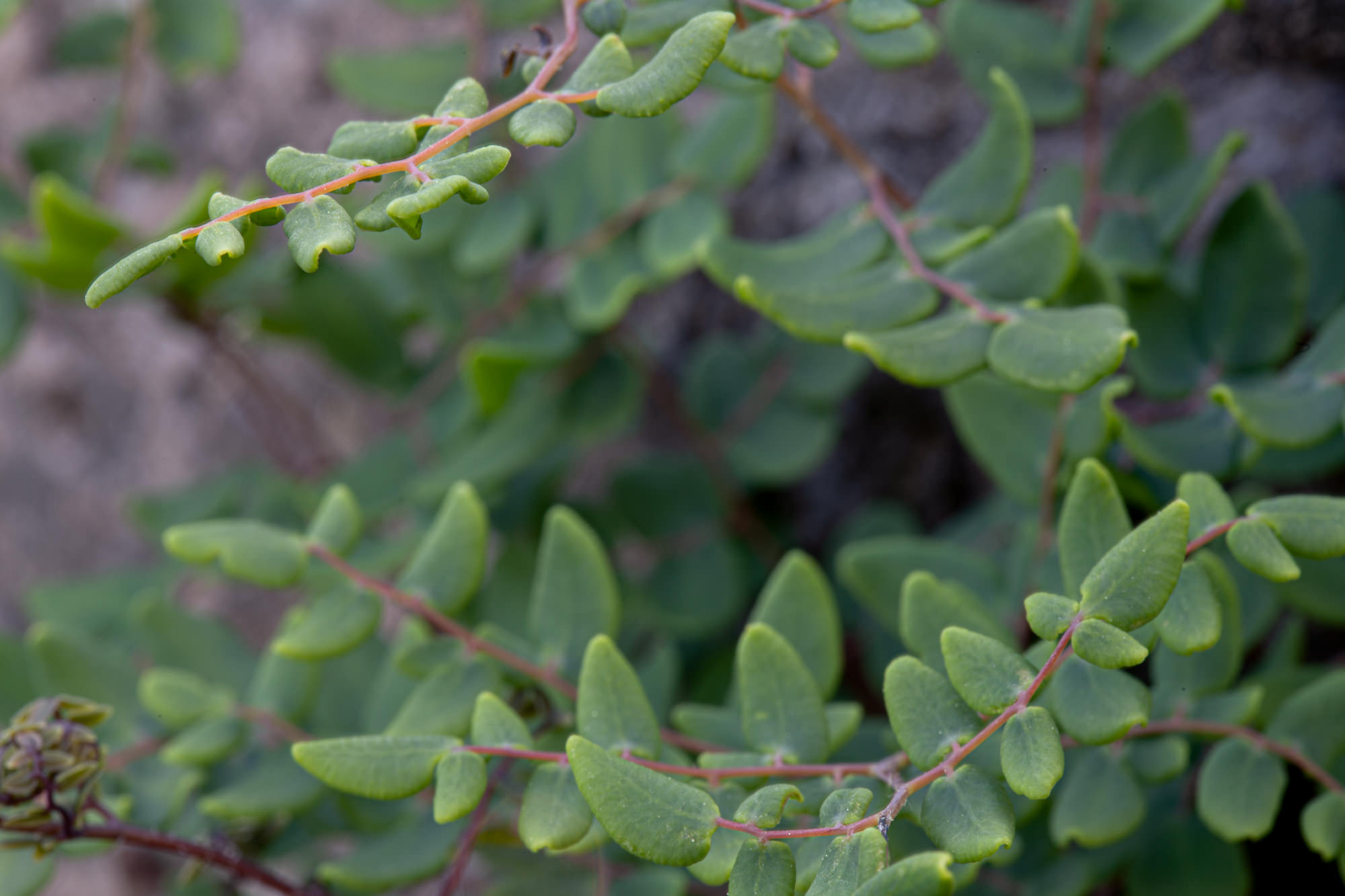 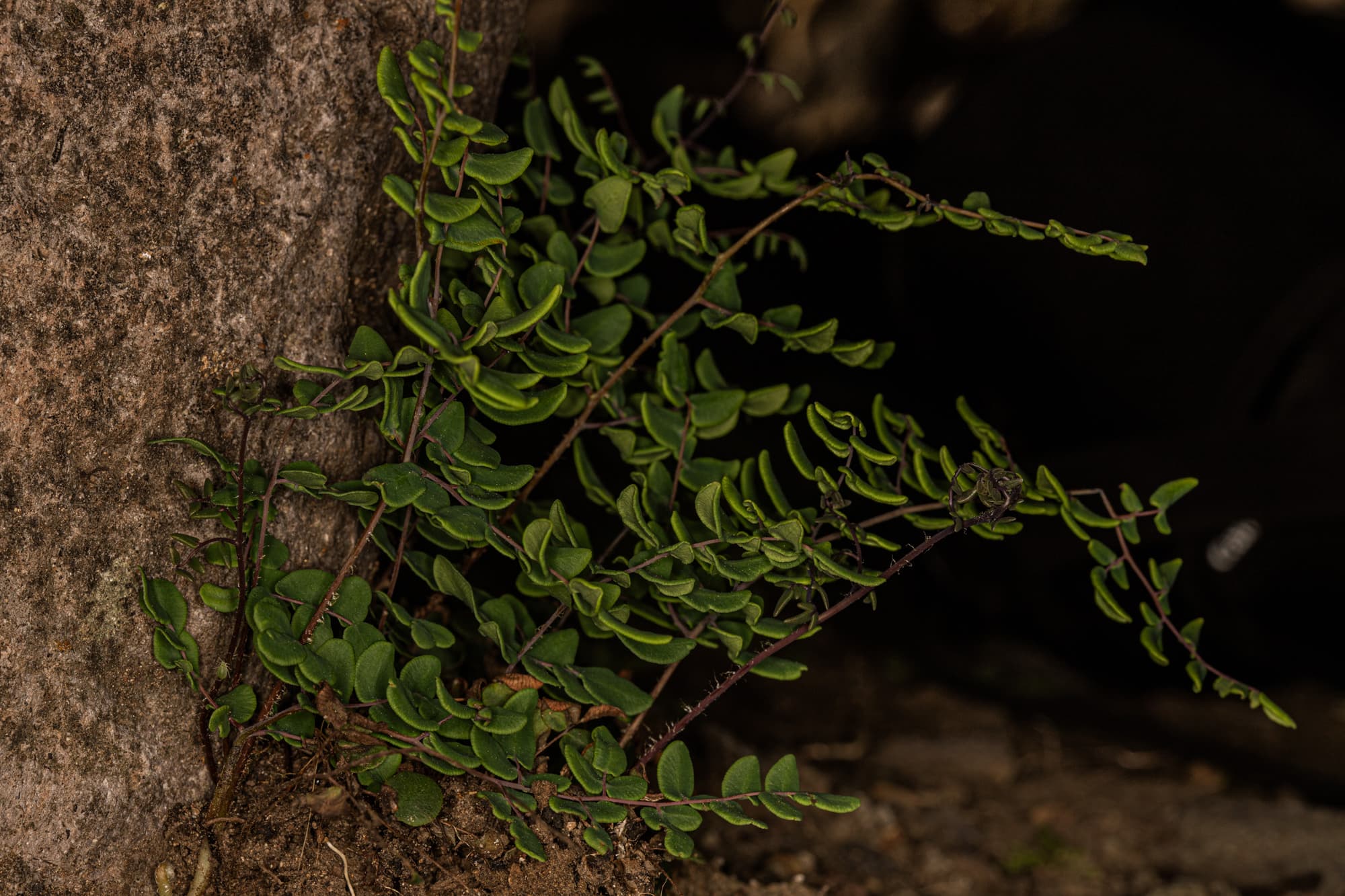 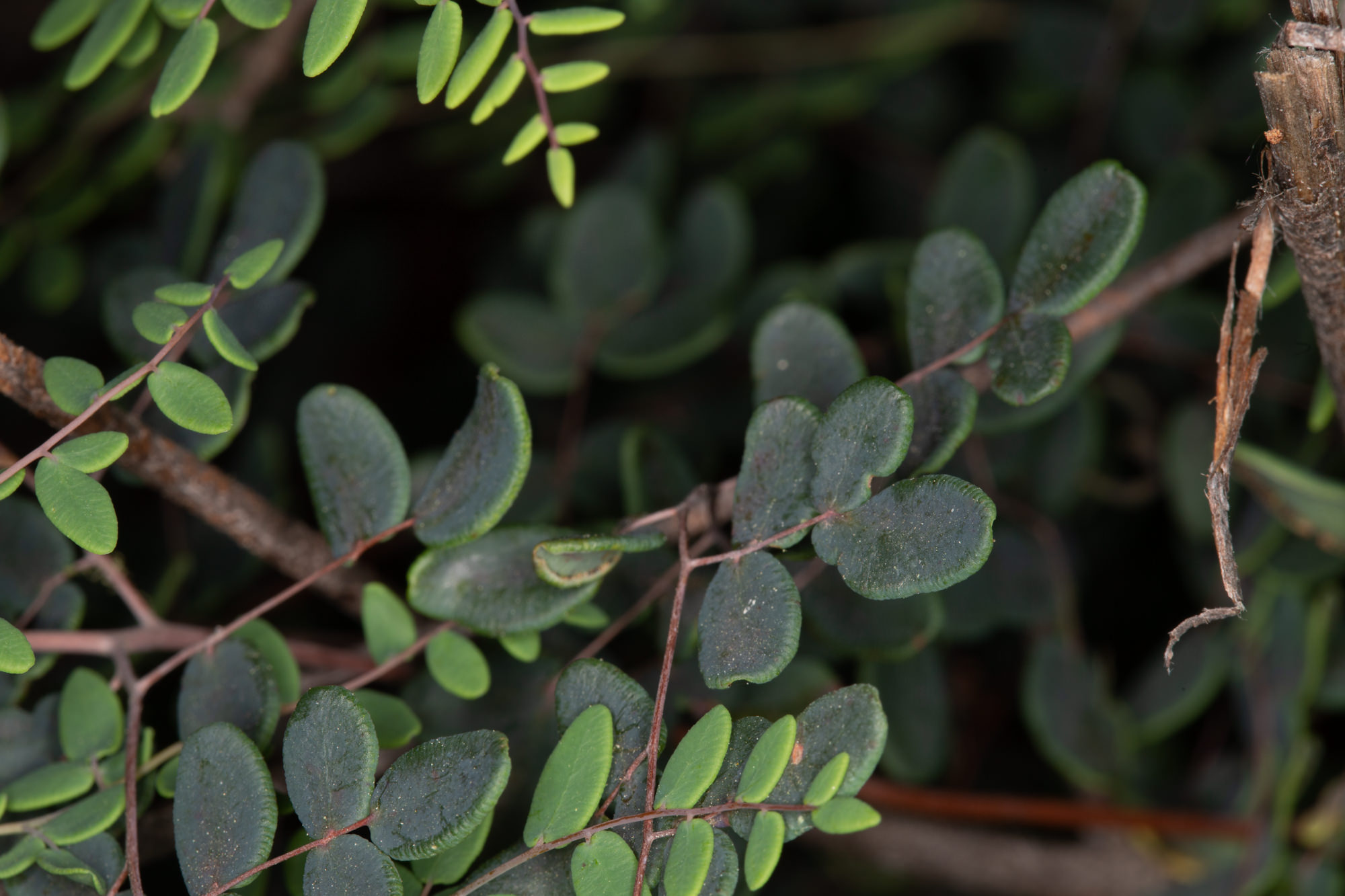 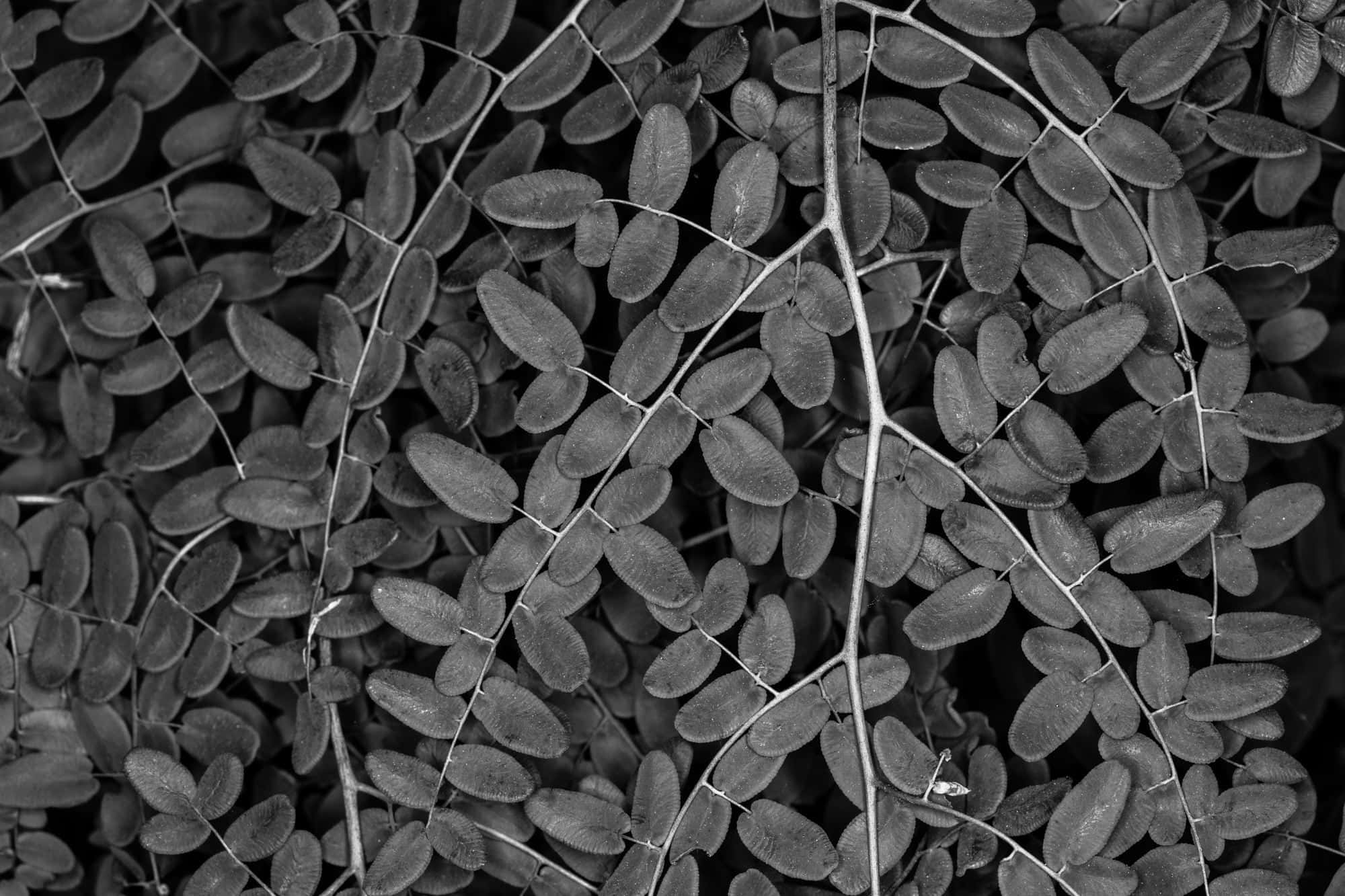 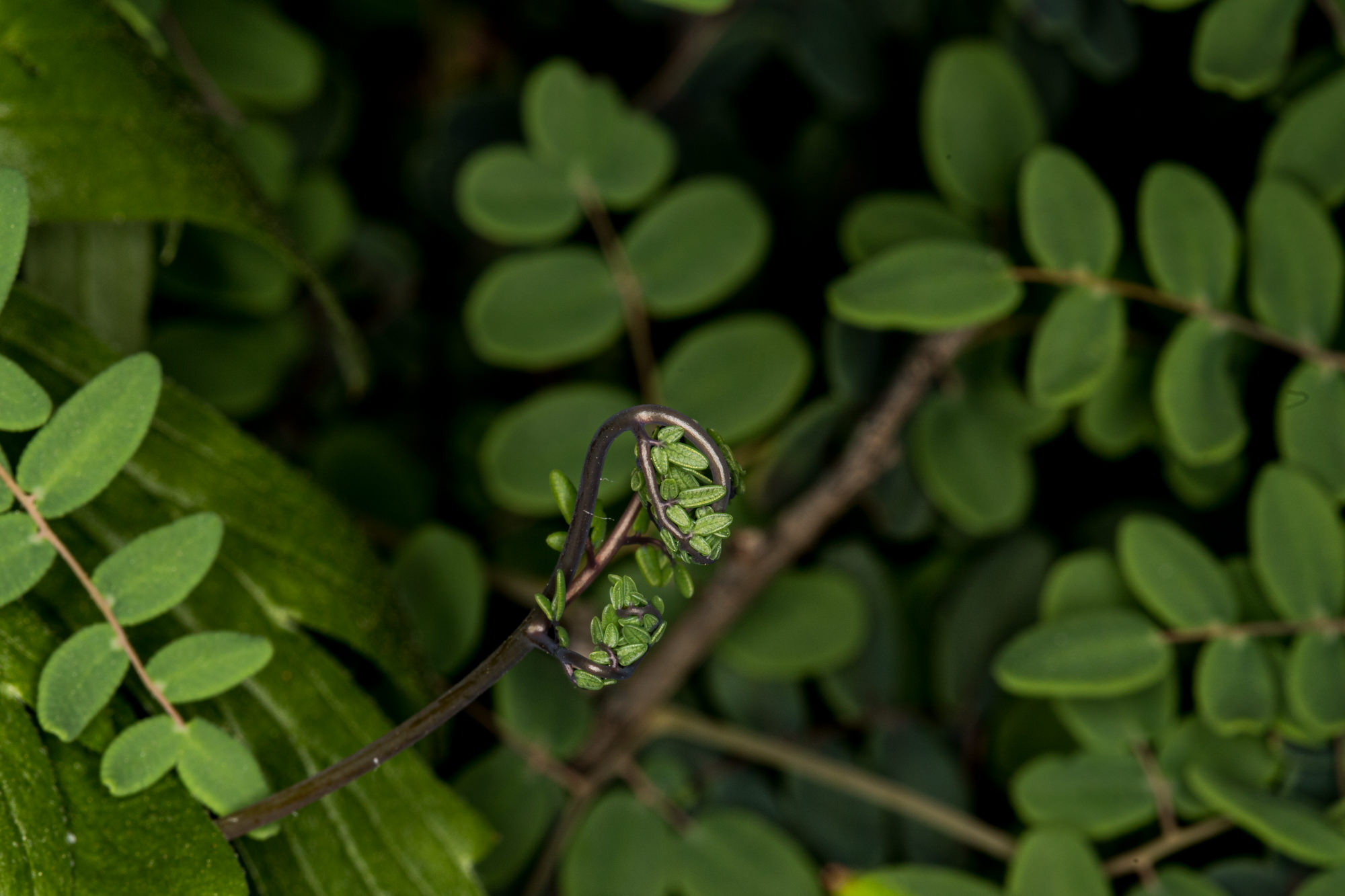 Coffee Fern - Pellaea andromedifolia - is a creeping perennial, producing short underground rhizomes and triangular fronds up to two feet long. The plant is found growing in dry rocky locations and one of several ferns that are adapted to grow in chaparral. This particular group of ferns has lived and prospered in conditions that have only a passing resemblance to what most of us consider normal for ferns. Most ferns prefer lush green, shady and damp environments. Change some design variables - reducing the amount of moisture required, decrease sensitivity to temperature, add in some ability to respond to drought and Nature gives us this delightful fern that can be found in the cracks of rocks on South facing slopes, nestled among chaparral shrubs and on grassy hillsides. Summer’s heat may cause these tenacious little plants to shrivel up to the point where they’re hardly recognizable but after some winter rain, they return green and very much alive.

Factoid:
Often fertile and sterile fronds are found on the same fern. The pinnules of the fertile leaves are curled under along the margins to protect the spore-producing structures. The sterile leaves (pinnules) are flat. Spores mature January to April.

The family of ferns predates flowering plants by a much larger time span than most of us can comprehend. Time to expand our minds on what kinds of places where ferns can thrive! These spore-bearing plants are found on all continents except Antarctica, from sea-level to high altitude and also include a few species that are aquatic. They can range from less than one-half inch in diameter to giant tree ferns growing over 80 feet high. After learning this, all I can say is that “It is no wonder we have ferns growing in our mountains”

Leaves: The leaves, or more specifically - fronds, can be up to about 2 feet long. Time to turn off your preconceptions regarding leaves! What may appear as numerous leaves connected via a stem are in actuality smooth lght brown veins connecting oval-shaped green leaf segments (called pinnules) . They certainly look like individual leaves without this knowledge. These segments are about 1/4 inch long and can be almost as wide. Their shade of green varies considerably. They can be bright green or dark dull-green, and are often blue-green, depending on environmental conditions and age. The underside is generally a lighter color than the upper side. The tips of Coffee Fern pinnules are rounded or slightly notched. They may stand erect, but tend to bend down along the slope that they are growing on. Each frond is one complete leaf. The fronds are usually three times compound ( tri-pinnate) with round, leathery dark green and in-rolled pinnae (leaflets). Sporangia (spore-producing structures) are partially hidden beneath the in-rolled edges of the pinnae. New growth is bright green; fronds darken as they mature tending to purple-red or brown shading.

Where does the common name Coffee Brake/Cofee Fern come from? One thought is that the mature leaf segments are often about the color, size, and shape of coffee beans.

Related Species: A closely related and very similar fern is Bird’s-foot Fern (Pellaea mucronata). The key difference is the tip of the smallest leaf segment. Bird’s-foot Fern has a small, pointed tip (the claw of the bird’s foot), while Coffee Fern has a rounded tip. The segments of Bird’s-foot Fern are also generally shorter and narrower, often curled so much that the underside is not visible. Both species are in the Brake family, as are the quite-different-looking Southern Maidenhair Fern (Adiantum capillus-veneris), California Lace Fern (Aspidotis californica), and Goldback Fern (Pentagramma triangularis).

Uses by Native Americans - a tea was boiled and consumed for difficult childbirth, bring on menstruation, to stop hemorrhage and for liver and kidney issues.

Pellaea – from the Greek pellaios, “dark,” referring to the dark stems and the dark color of mature fronds
andromedifolia – has fronds like the bog rosemary