Plant of the Month - Collarless Poppy 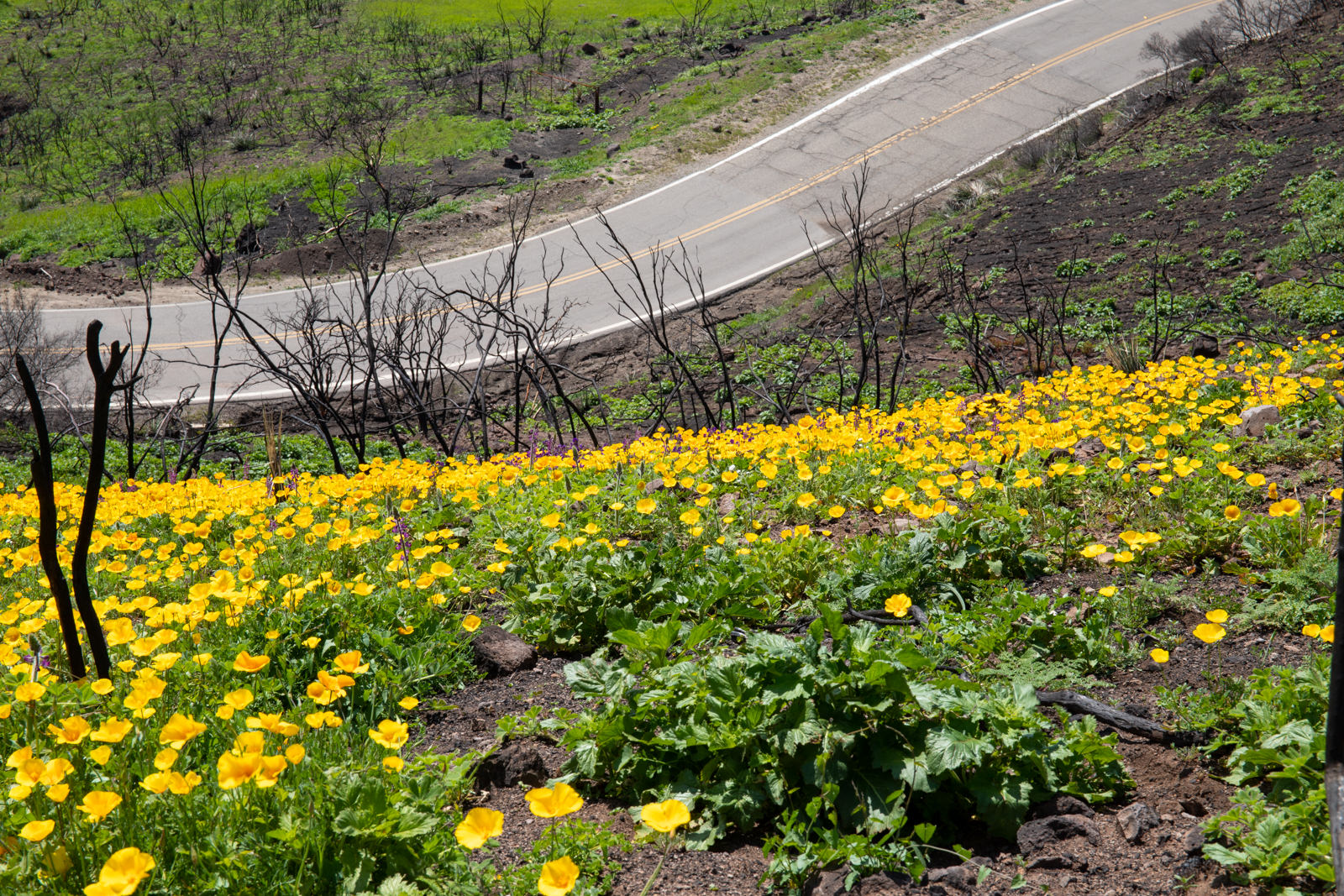 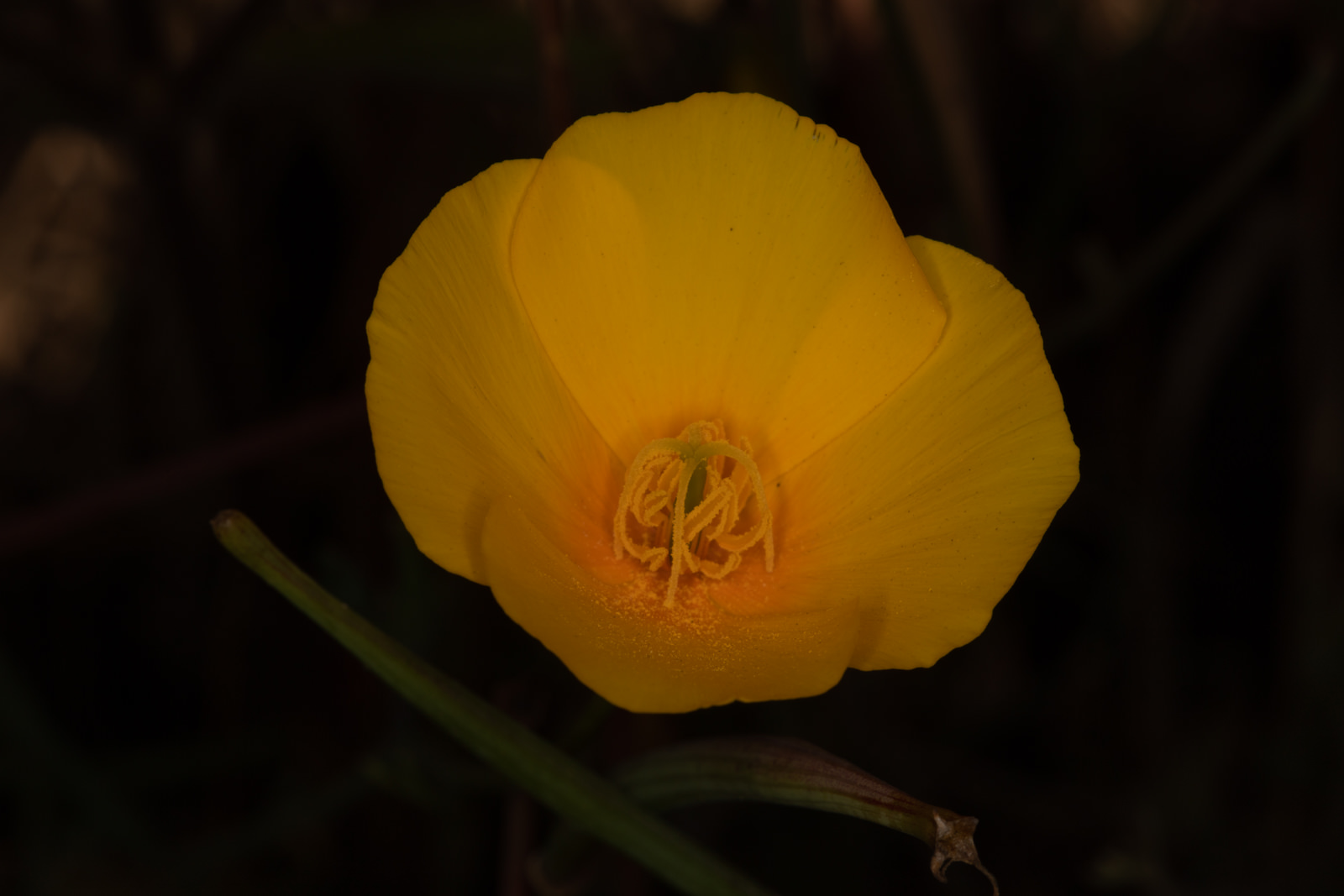 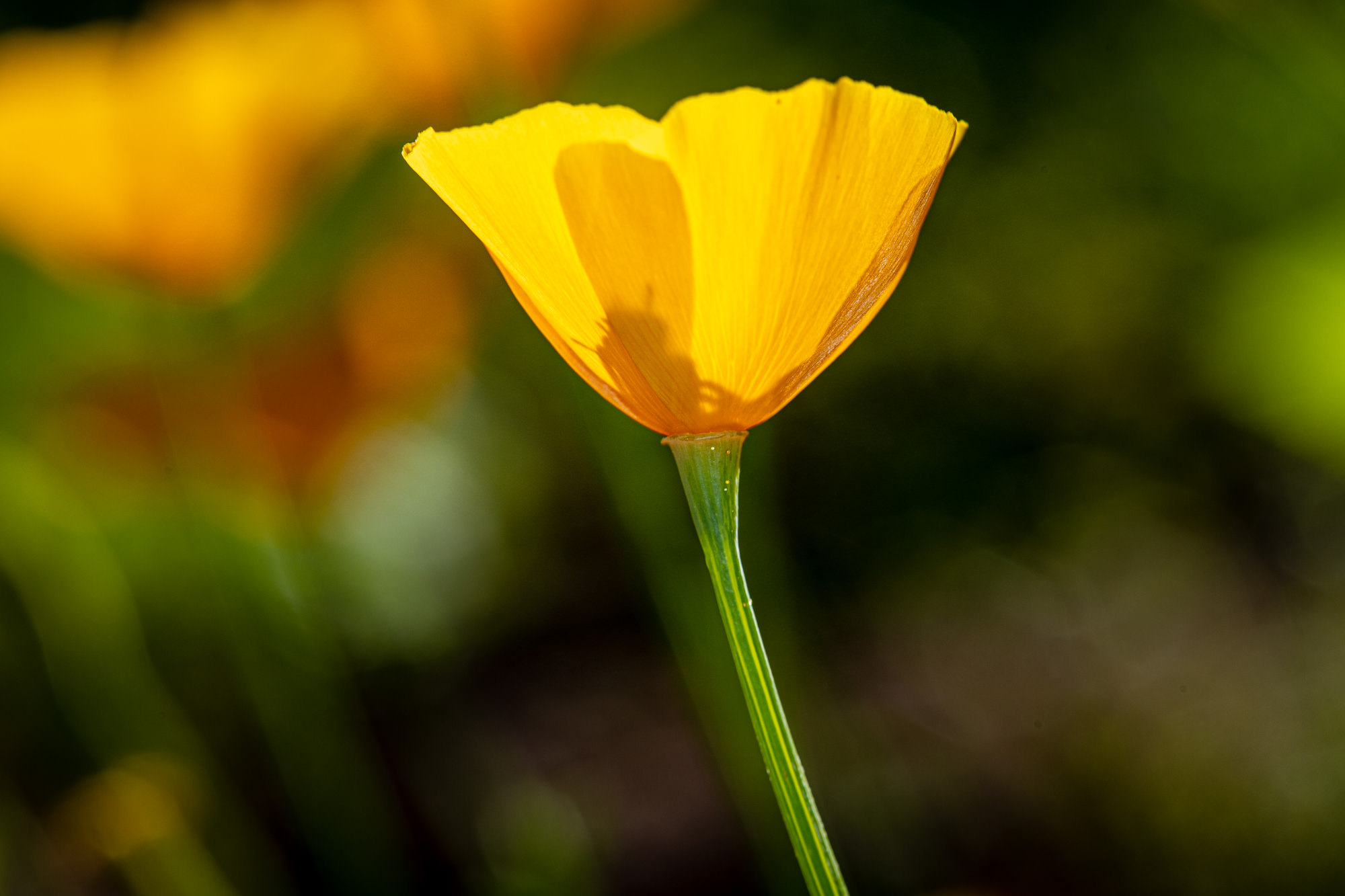 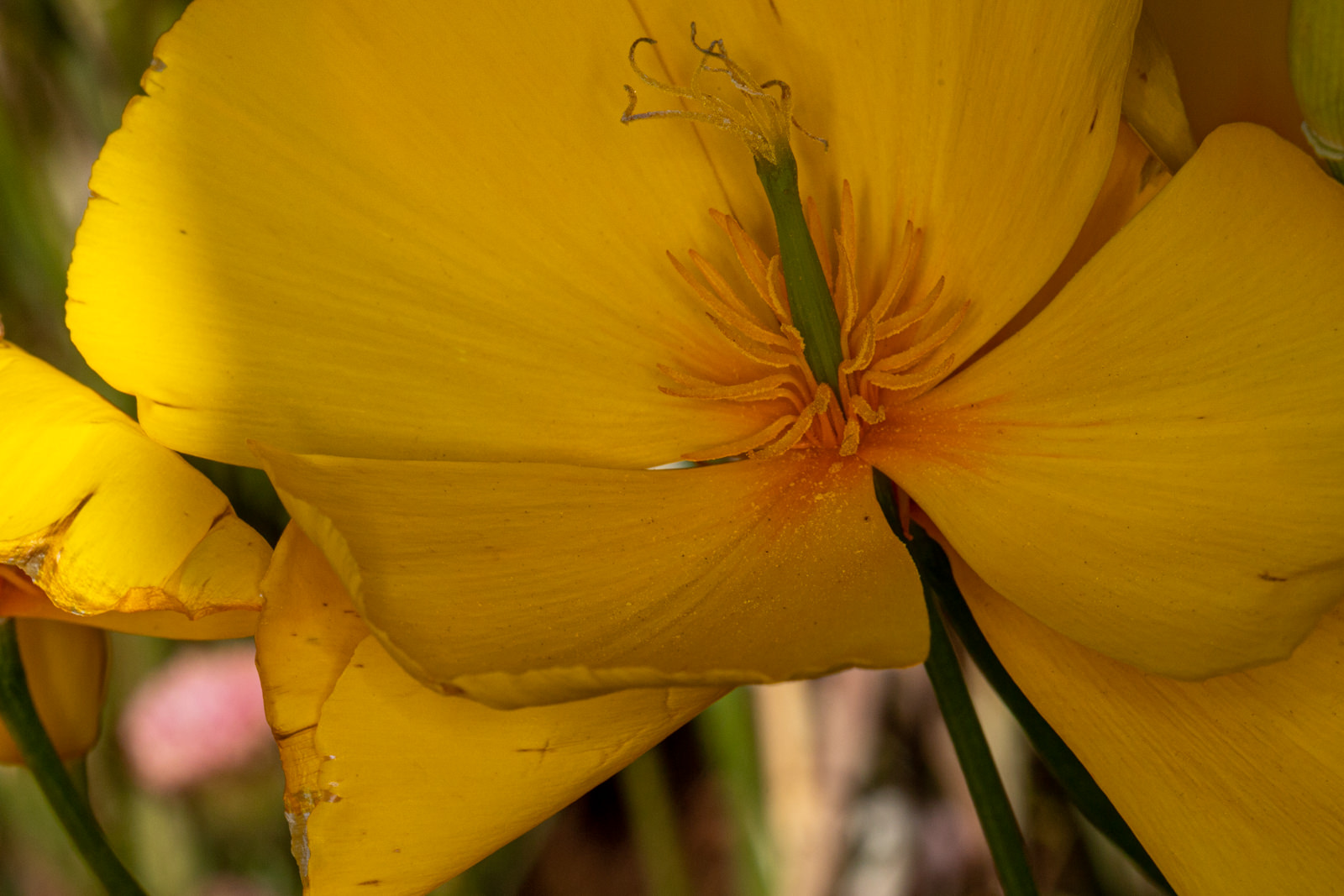 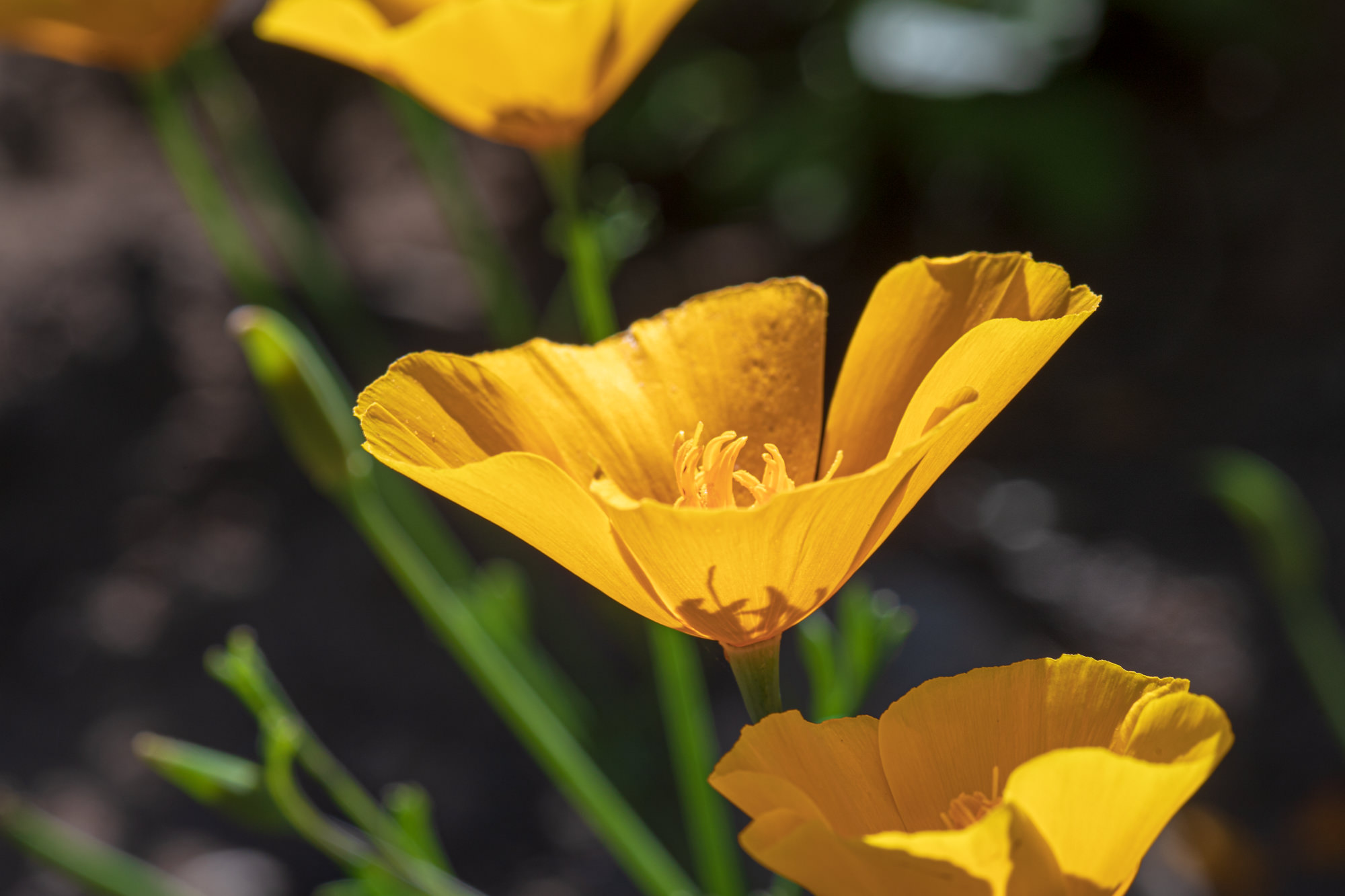 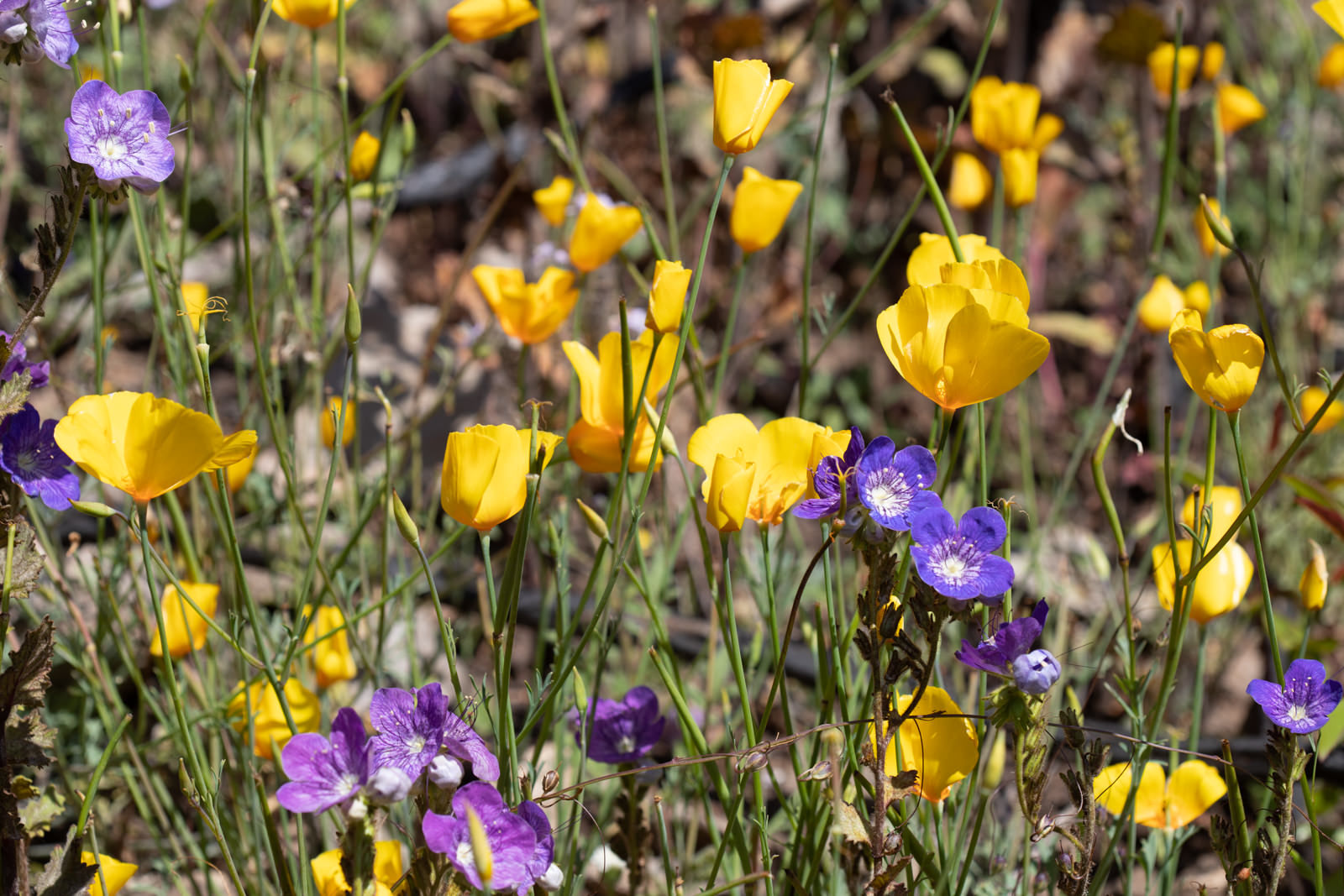 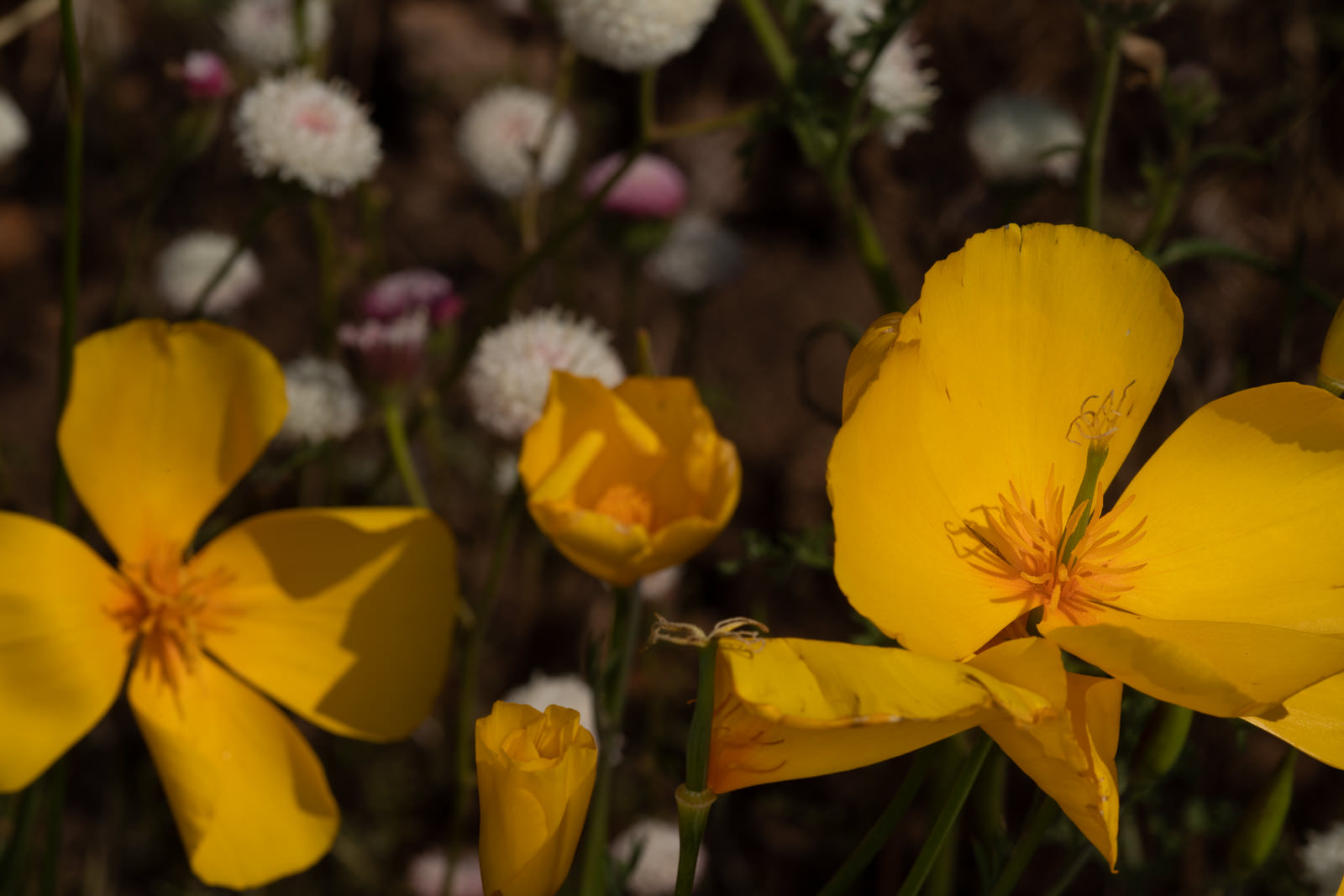 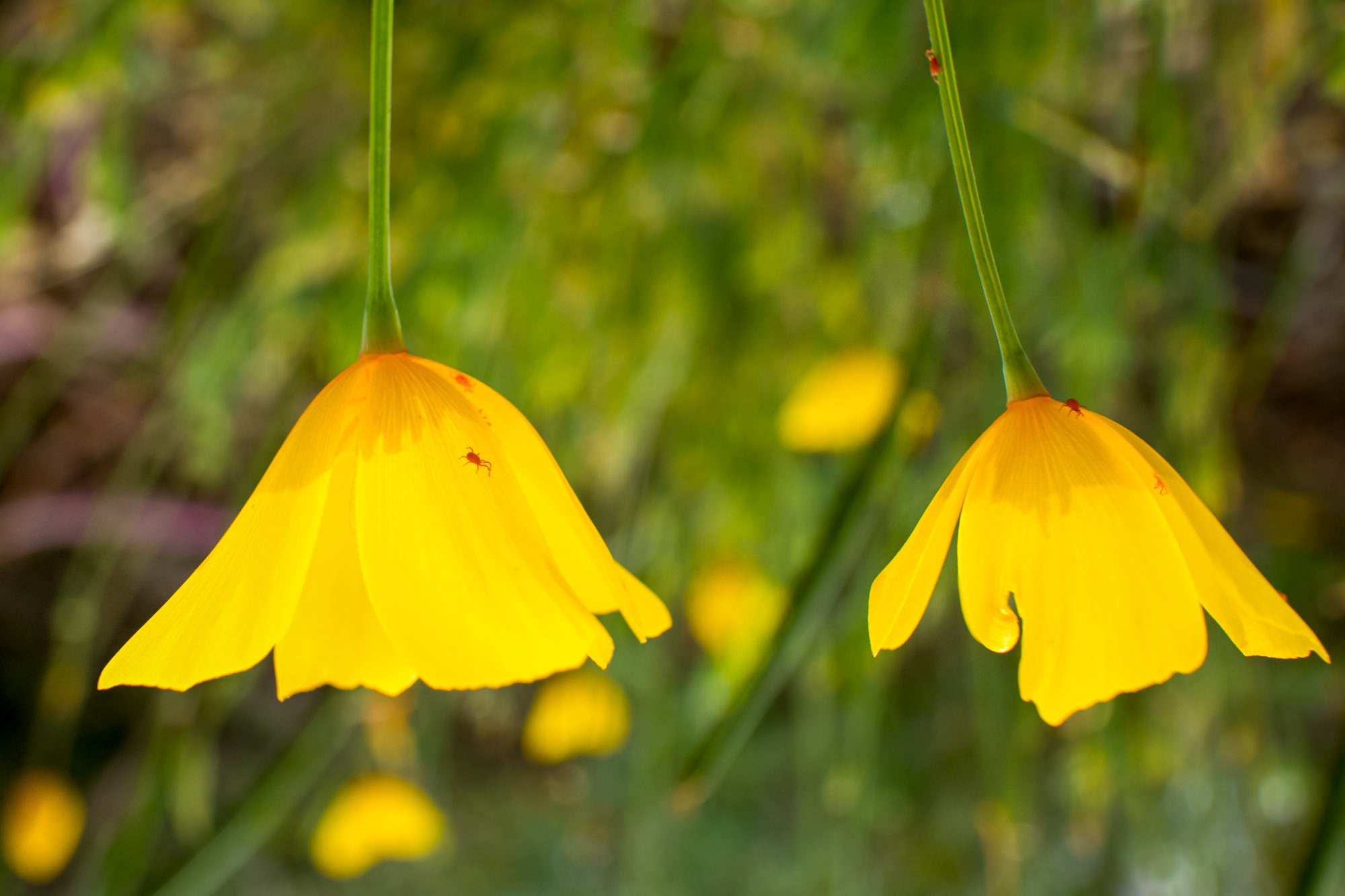 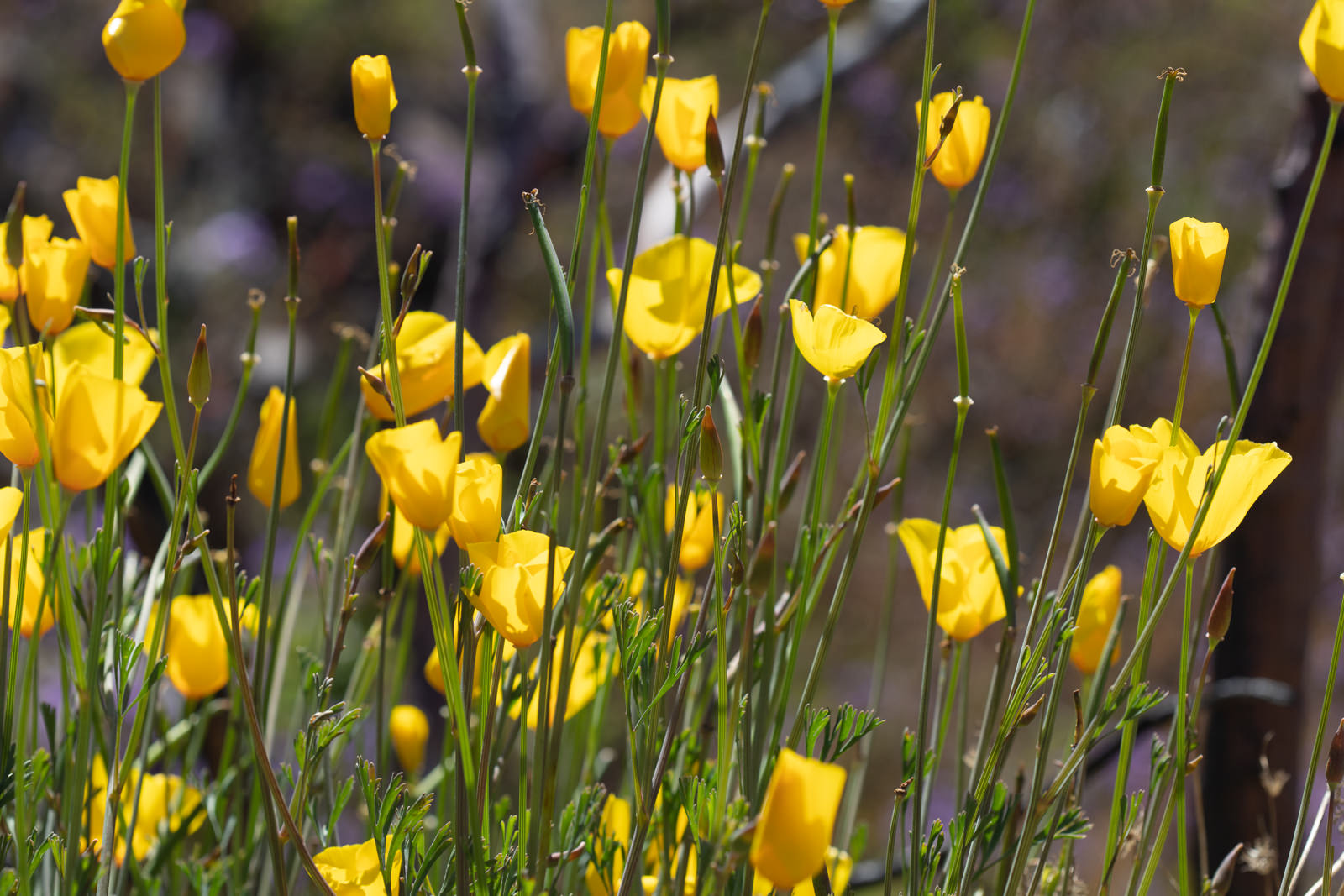 Collarless Poppy - Eschscholzia caespitosa is an annual herb that is also known by the common names foothill poppy and tufted poppy. This plant is a fire follower and grows in the same habitats preferred by its sibling the California Poppy. It is native to western North America from Oregon, across California, to Baja California preferring coastal sage scrub, sandy meadows and stream banks. Sepals that fall off, petals that appear crumpled and having numerous stamens are traits the plant shares with our other poppies. If you come across a flower with what seems to be 5 or 6 petals - it is likely that flower has opened for the first time. Two sepals that resemble petals protect the flower during the bud stage. These sepals fall off soon after the flower is presented to the world. Flowers open and close with the sun. On cloudy or windy days the flower may remain closed.

Collarless Poppy and California Poppy look nearly identical. The easiest way to tell them apart is to check the base of the flower; California Poppies have discs (botanists describe this part as a Torus) about the size of a dime there, while Collarless Poppies don't. Color seems variable and it may appear that the Collarless variety is more yellow than orange. Both varieties are prolific in the years following a fire. My favorite viewing location was Yerba Buena Road near Misha Mokwa Trailhead. From March to June they did not disappoint!

After the petals drop off, a capsule will form and turn from green to tan. In the process it elongates and expands to hold the growing seeds. The capsules will eventually split and explosively release their seeds - a guilty pleasure of mine once I observed this happening!