Plant of the Month - Common Yarrow 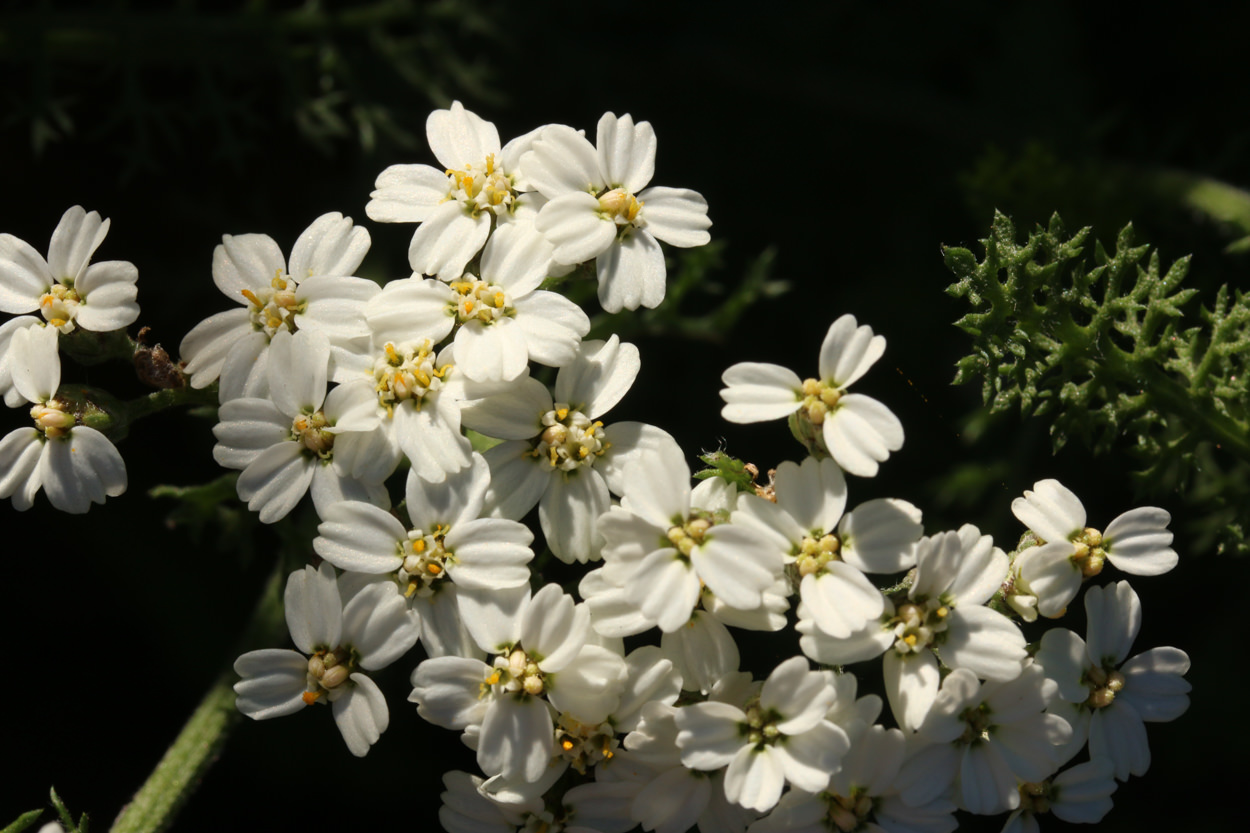 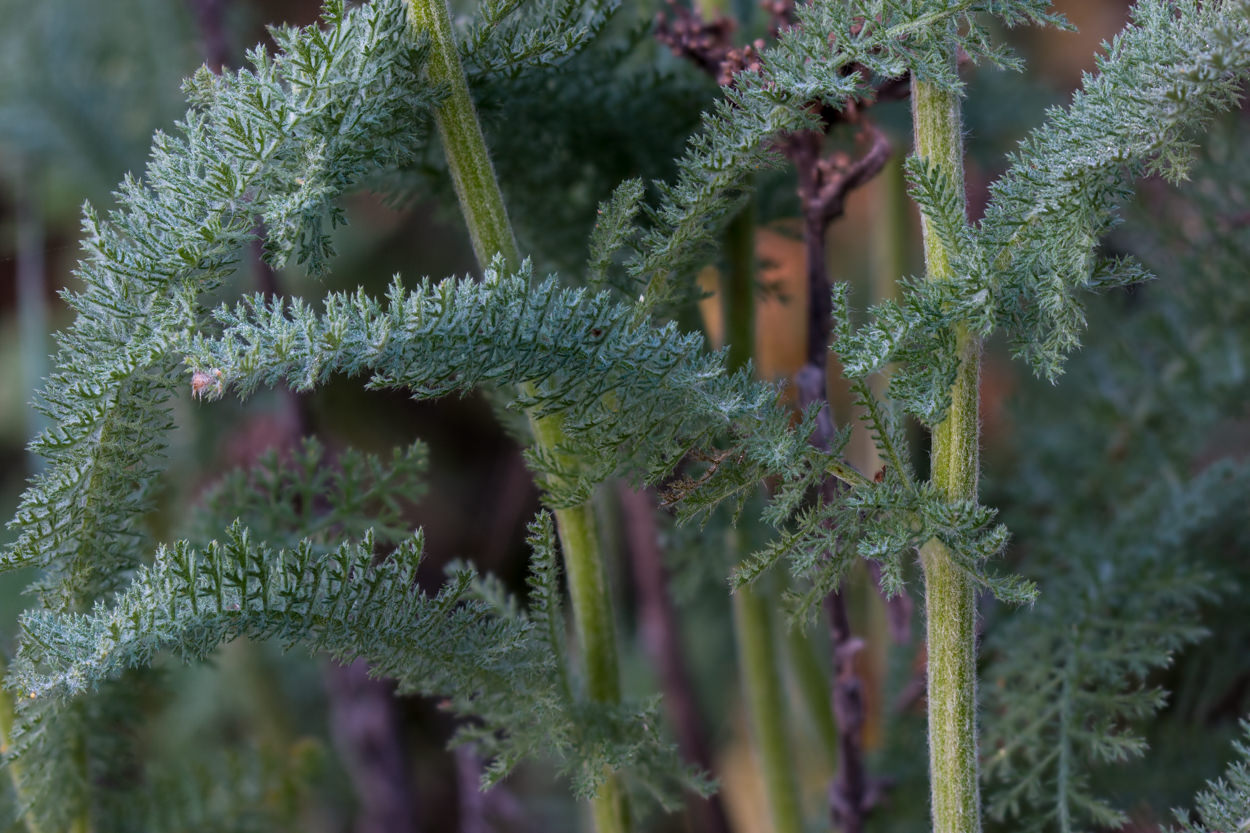 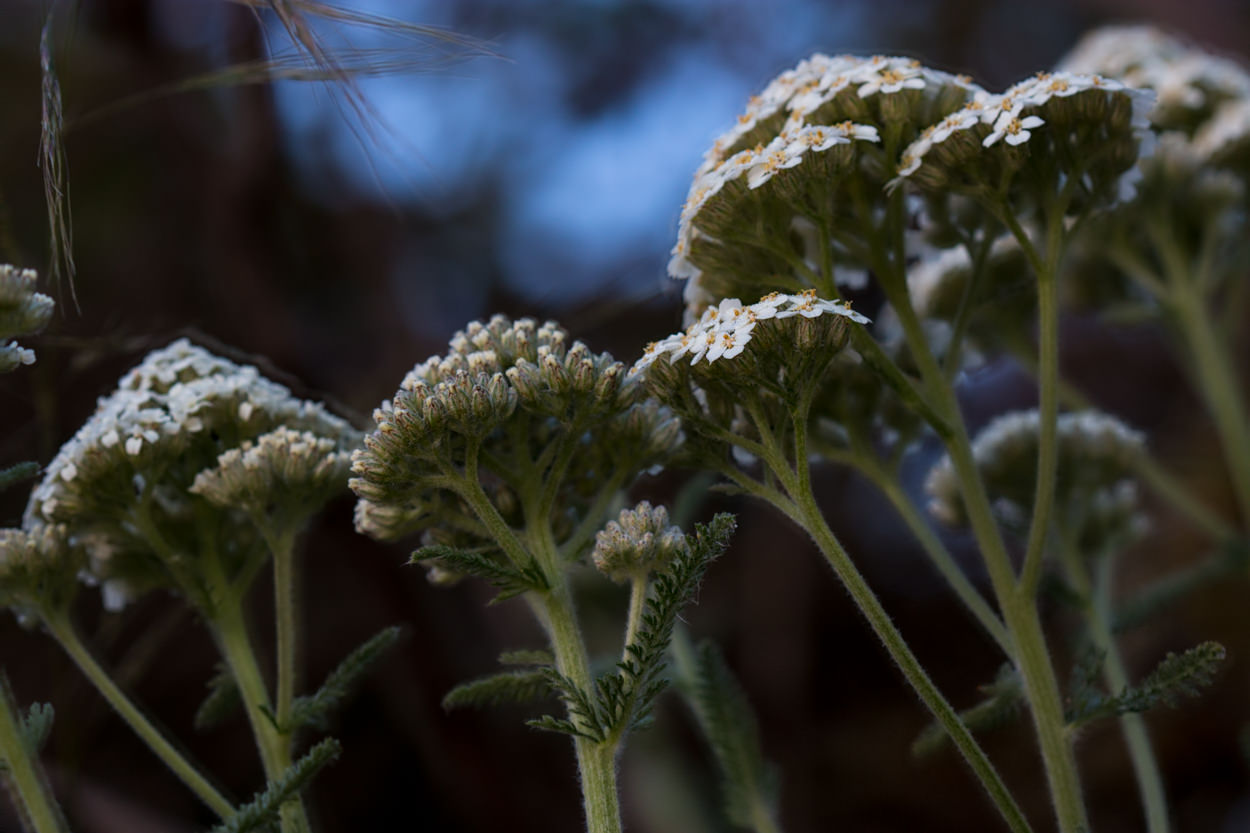 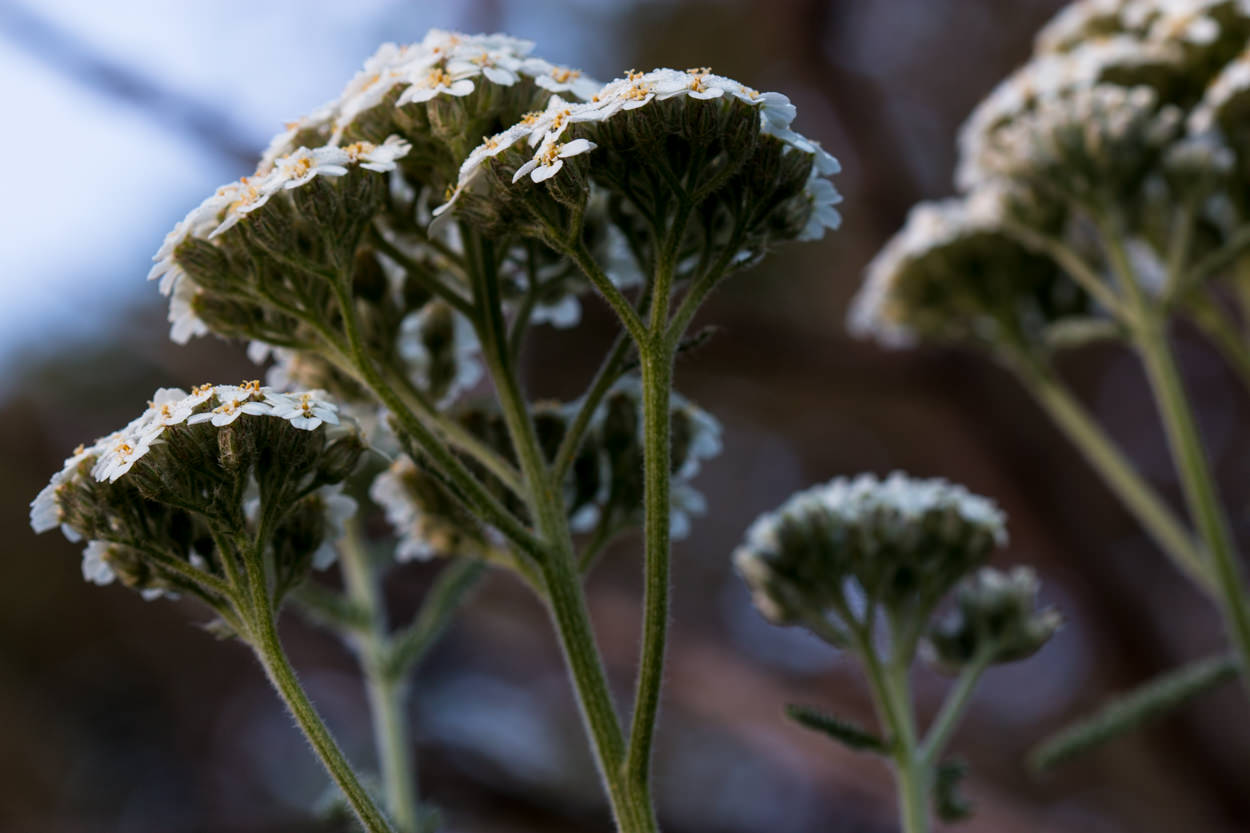 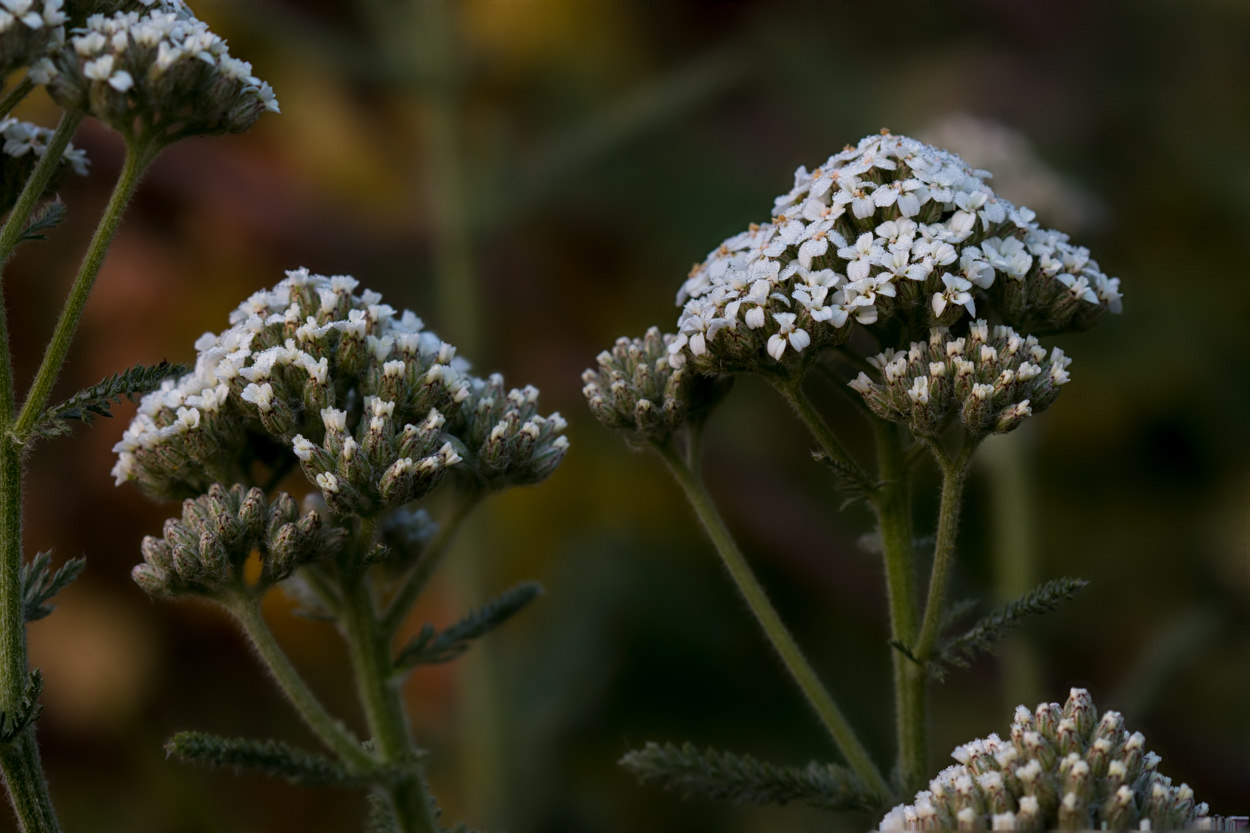 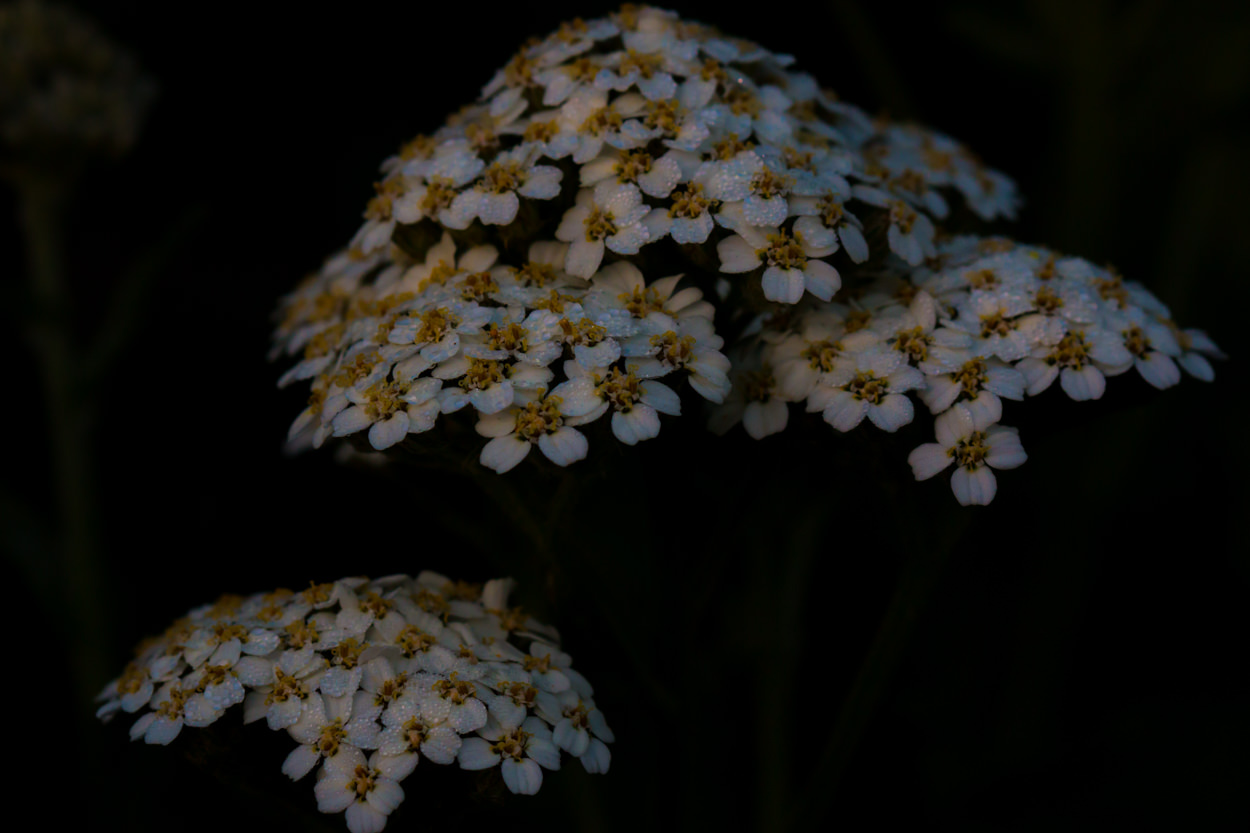 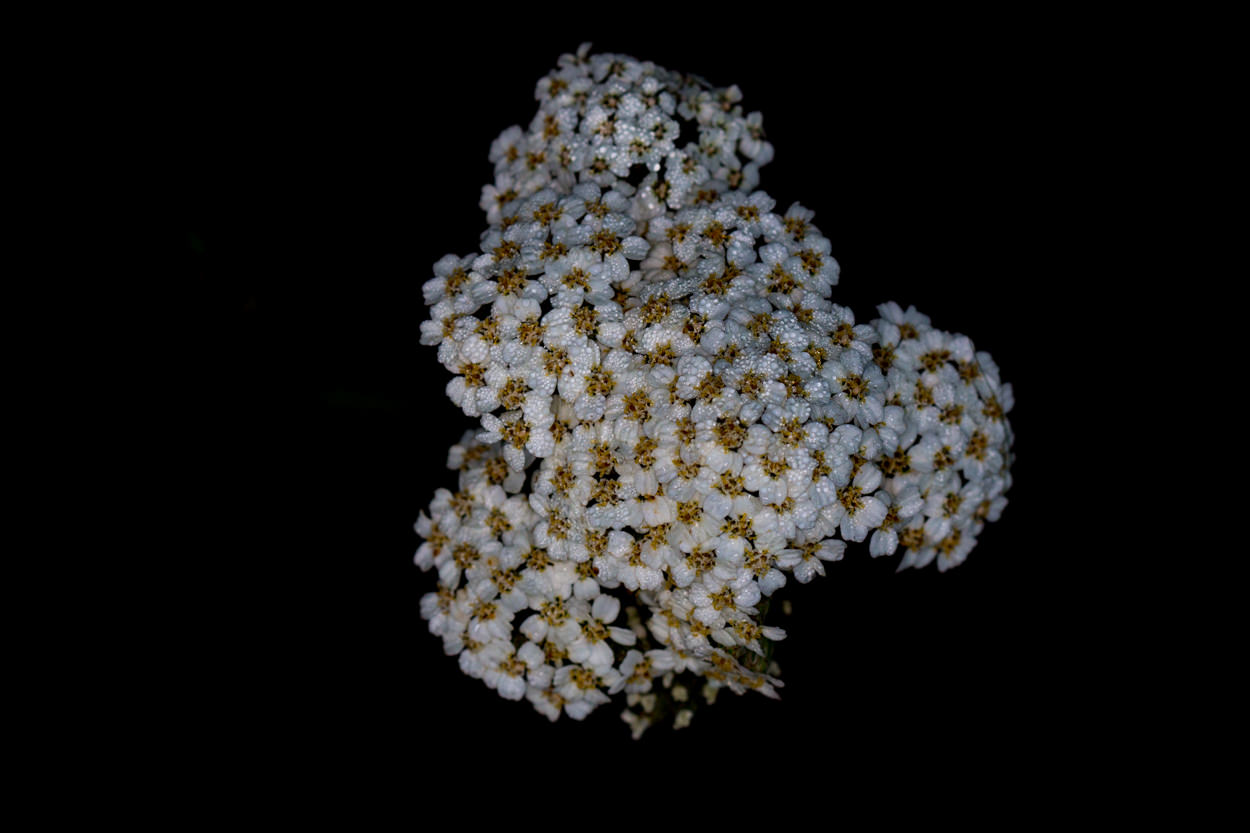 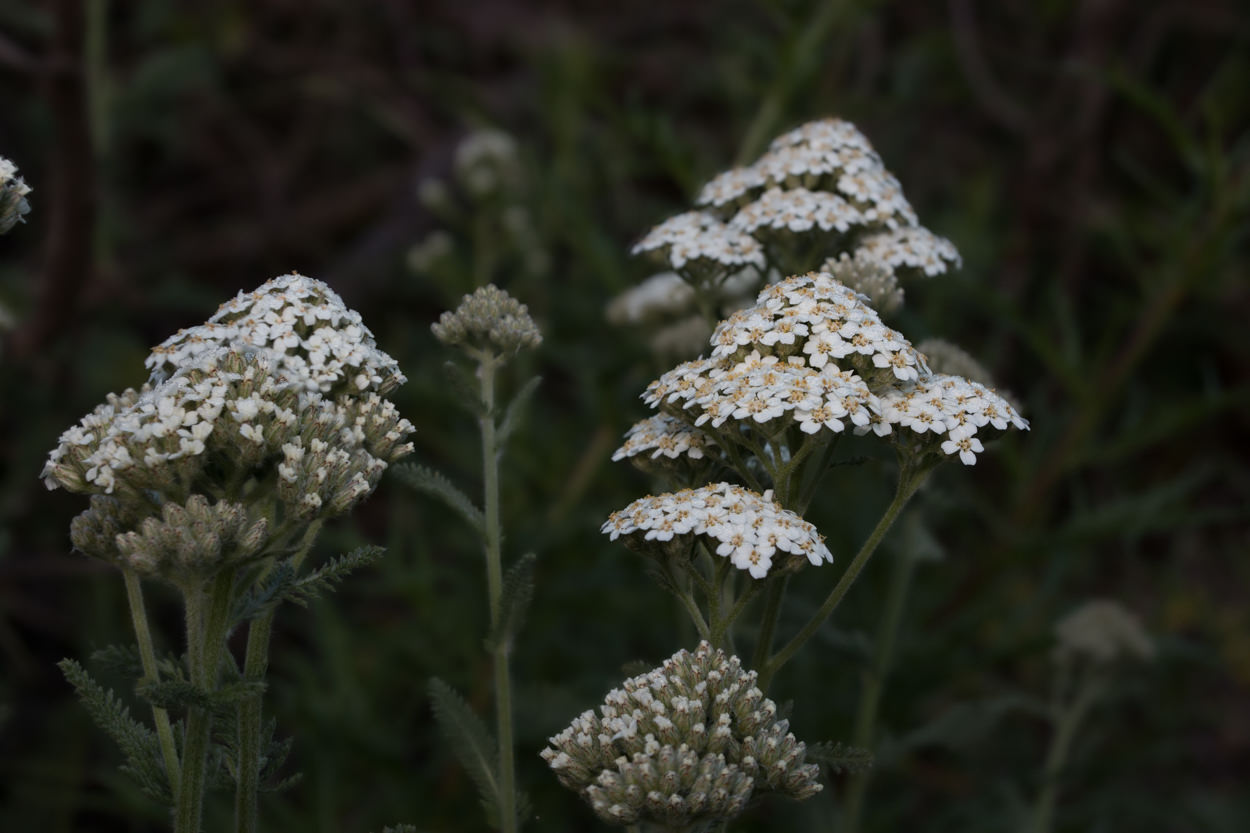 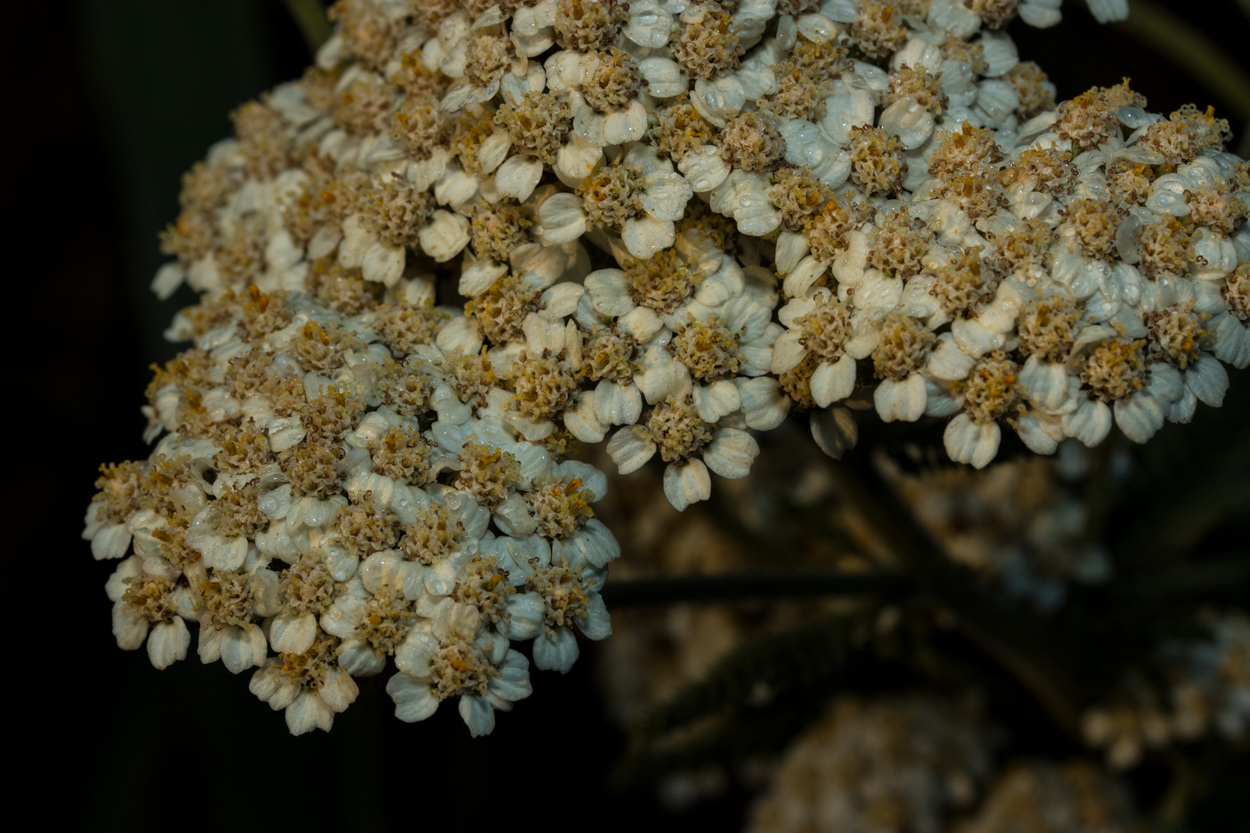 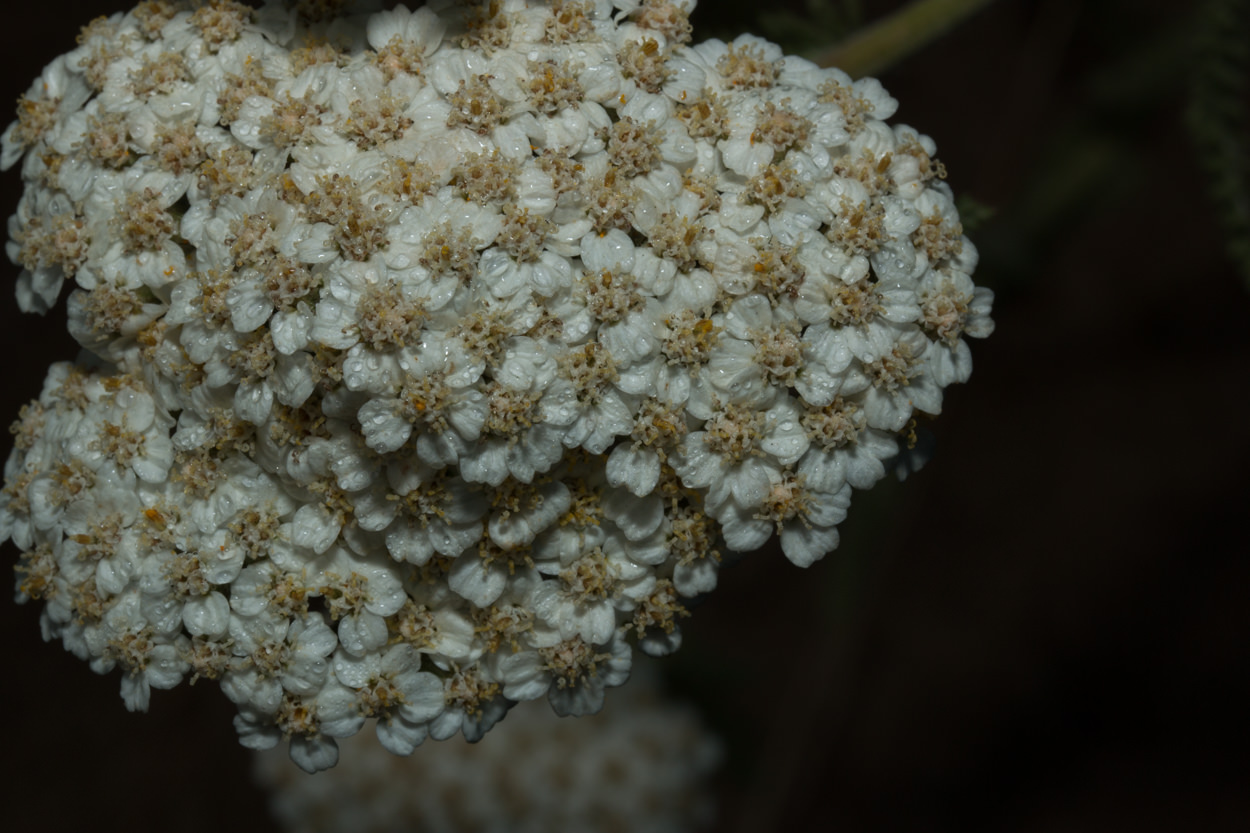 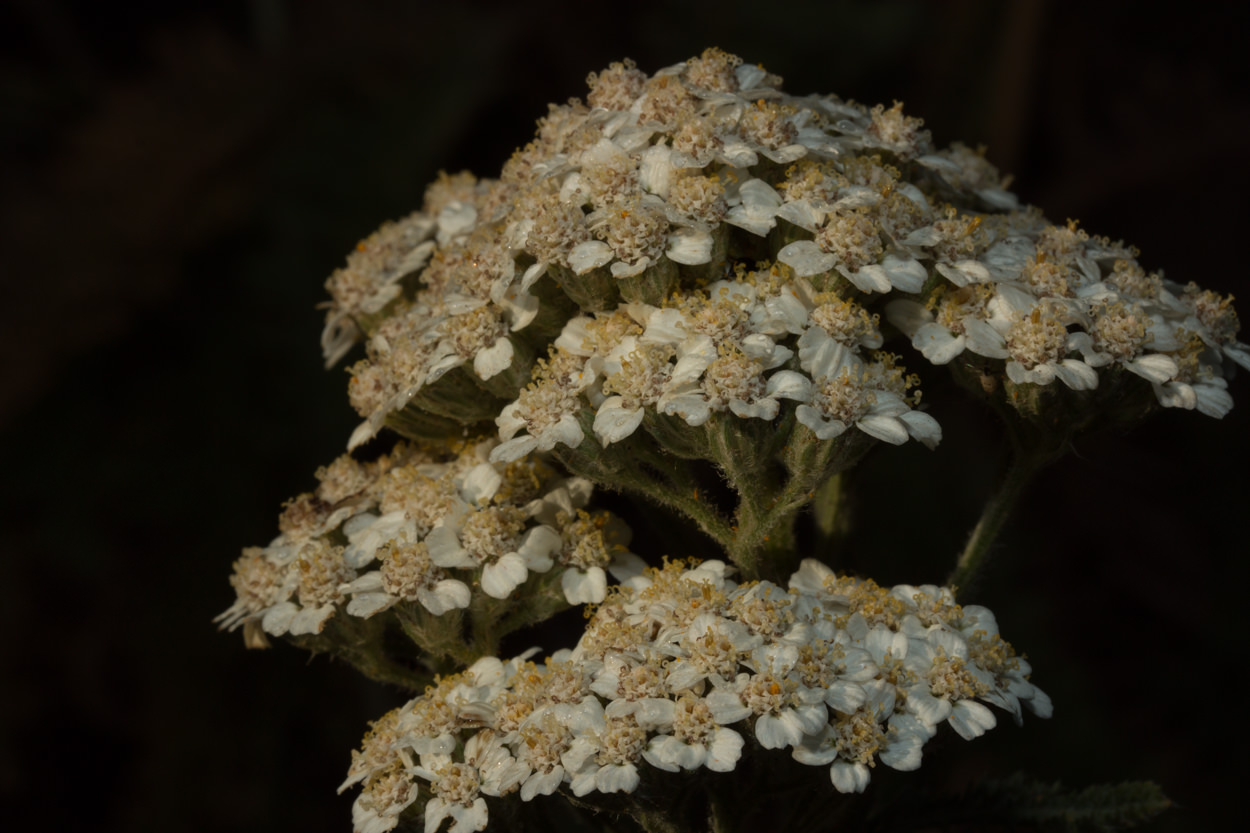 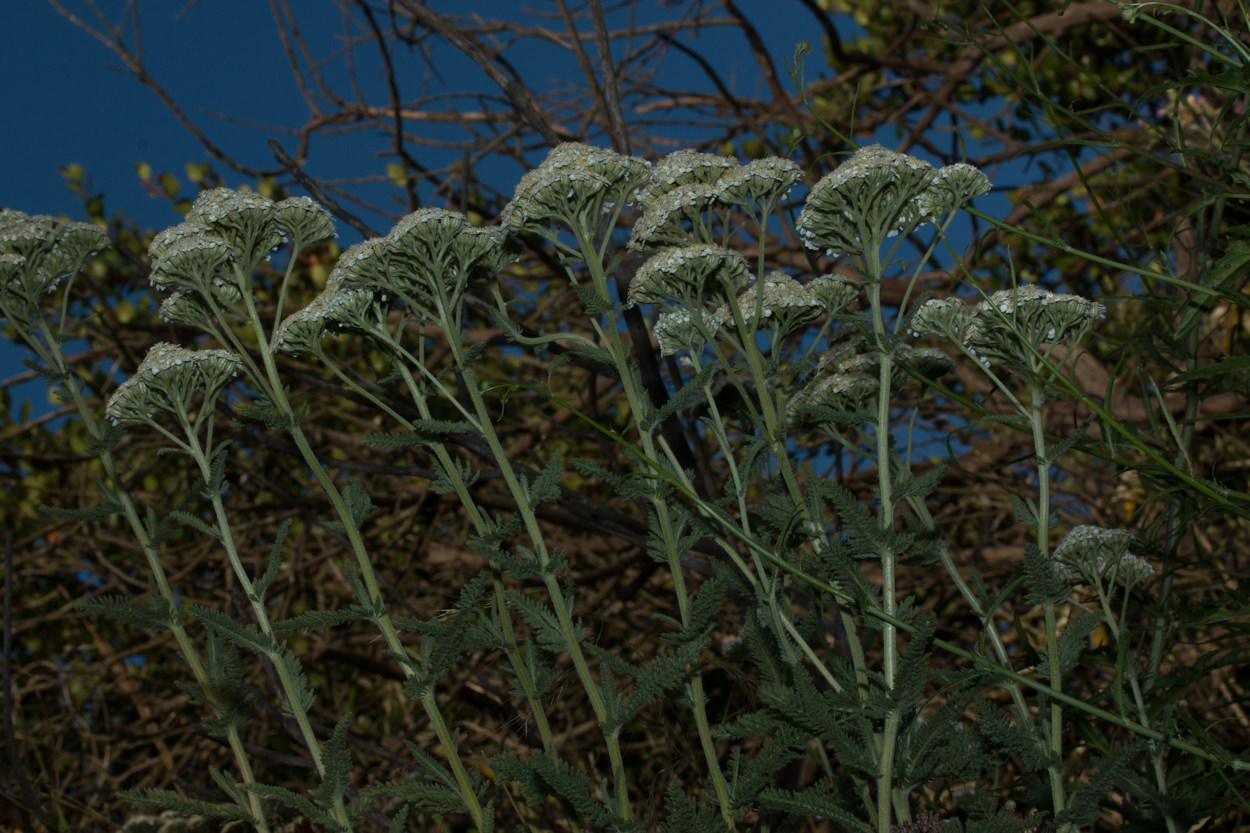 Common Yarrow - Achillea millefolium is a perennial herb that is native to California and is also found elsewhere in North America. As a matter of fact, Common Yarrow is thought to have been brought along by early man - this was based it being found in an ancient (60,000 years!) burial grounds. This plant had many uses and it usage is well documented in literature, religion and history.

Yarrow grows to 3 feet tall with flowers branching near the top. The leaves alternate on each side of the stem and are 3-5 inches long, with many leaflets on each side giving the plant a delicate, fernlike, lacy appearance. A member of the Sunflower family it shares many traits such as ray and disk flowers. Flower heads are arranged in large, compact clusters at tops of stems, each cluster consisting of 1 or more flower heads. The flower head has 20-25 yellowish-white ray flowers and similarly colored disk flowers. The flowers bloom May-October.

Uses: Crushed leaves used for blood clotting and rashes Teas from roots, leaves and flowers used to treat headaches, colds and flu, stomachaches, and fever Green dye made from leaves (Maidu) Plant juice used to soothe sore eyes Fun Fact: Achillea refers to Achilles, the Homeric hero, because of his reported use of the plant to treat wounds. Search the internet and you will find many pages dedicated to its uses.

A few of the resources cited for this page:

Name Origin:Link to Calfora.net - the best source of this information
Achil'lea: named for Achilles, who according to Homer in Greek mythology was a student of Chiron, the centaur known for his knowledge of medicinal herbs. Achilles supposedly used plants of the genus to staunch the wounds of his soldiers at the siege of Troy. Ironically called "nose-bleed, " it was apparently used to induce nose-bleeds as a means of curing headaches. Yarrow was one of the medicinal herbs that was found at a 60,000 year old Neanderthal burial site in Iraq.
milleflor'um: many-flowered