Plant of the Month - Cream Cups 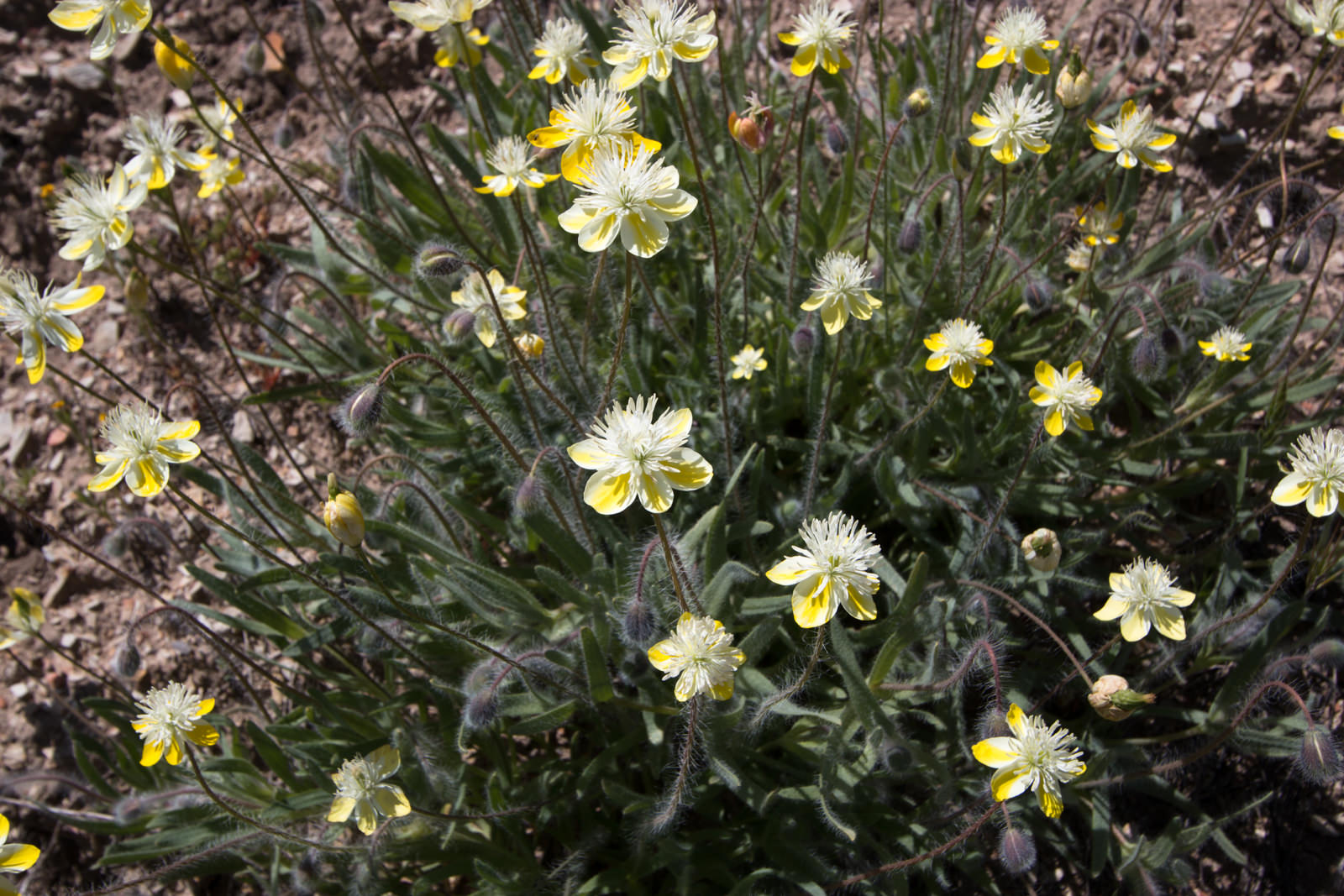 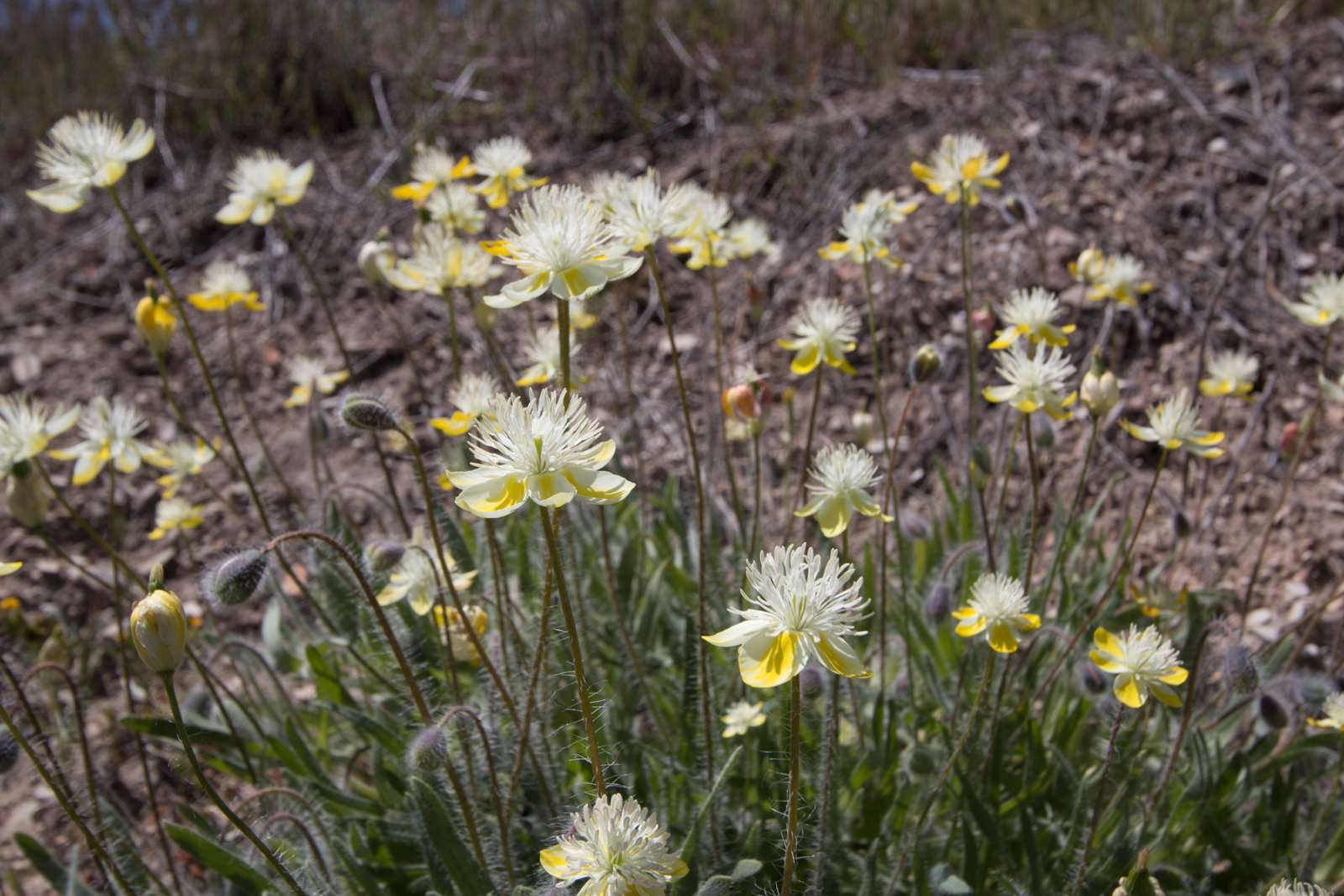 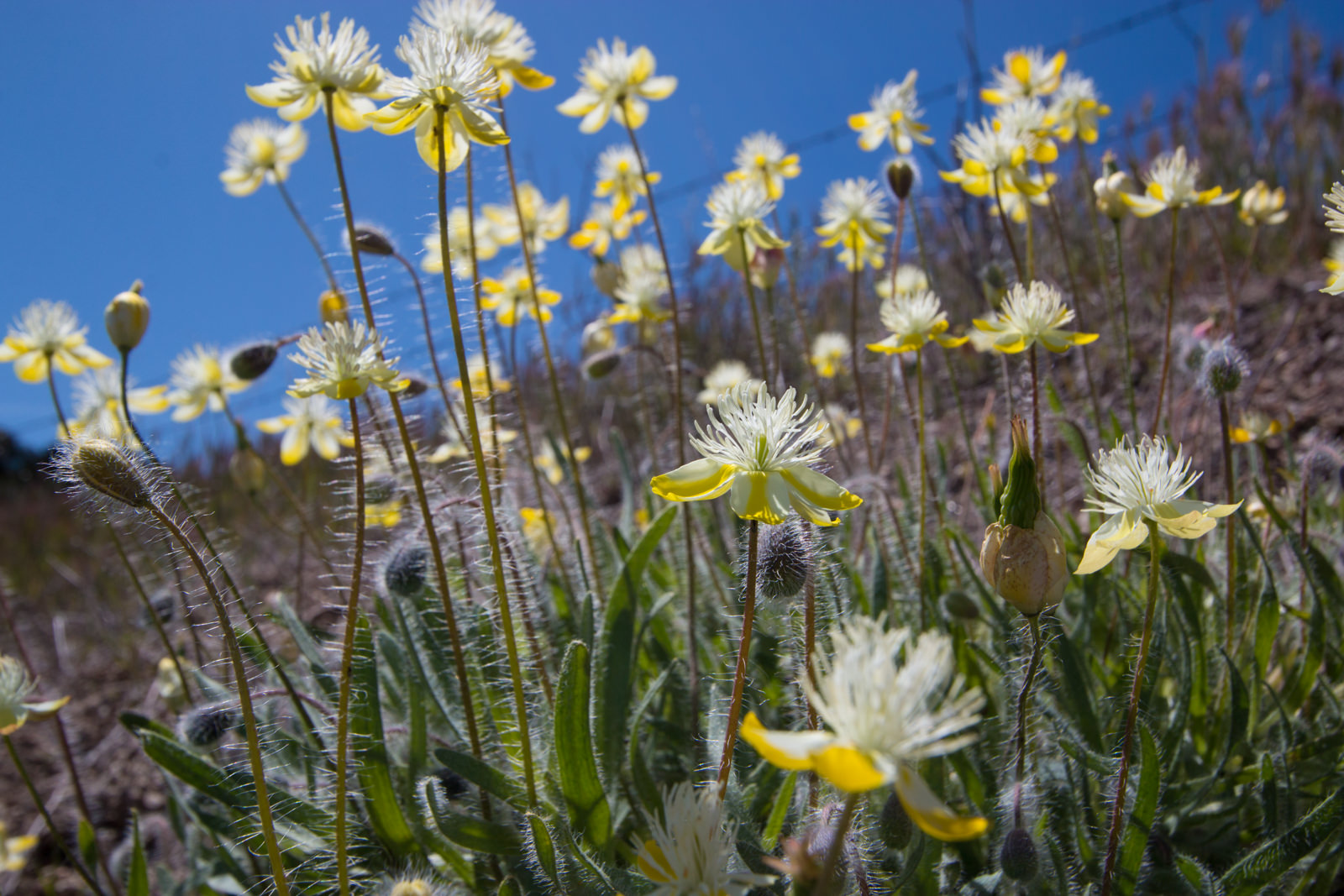 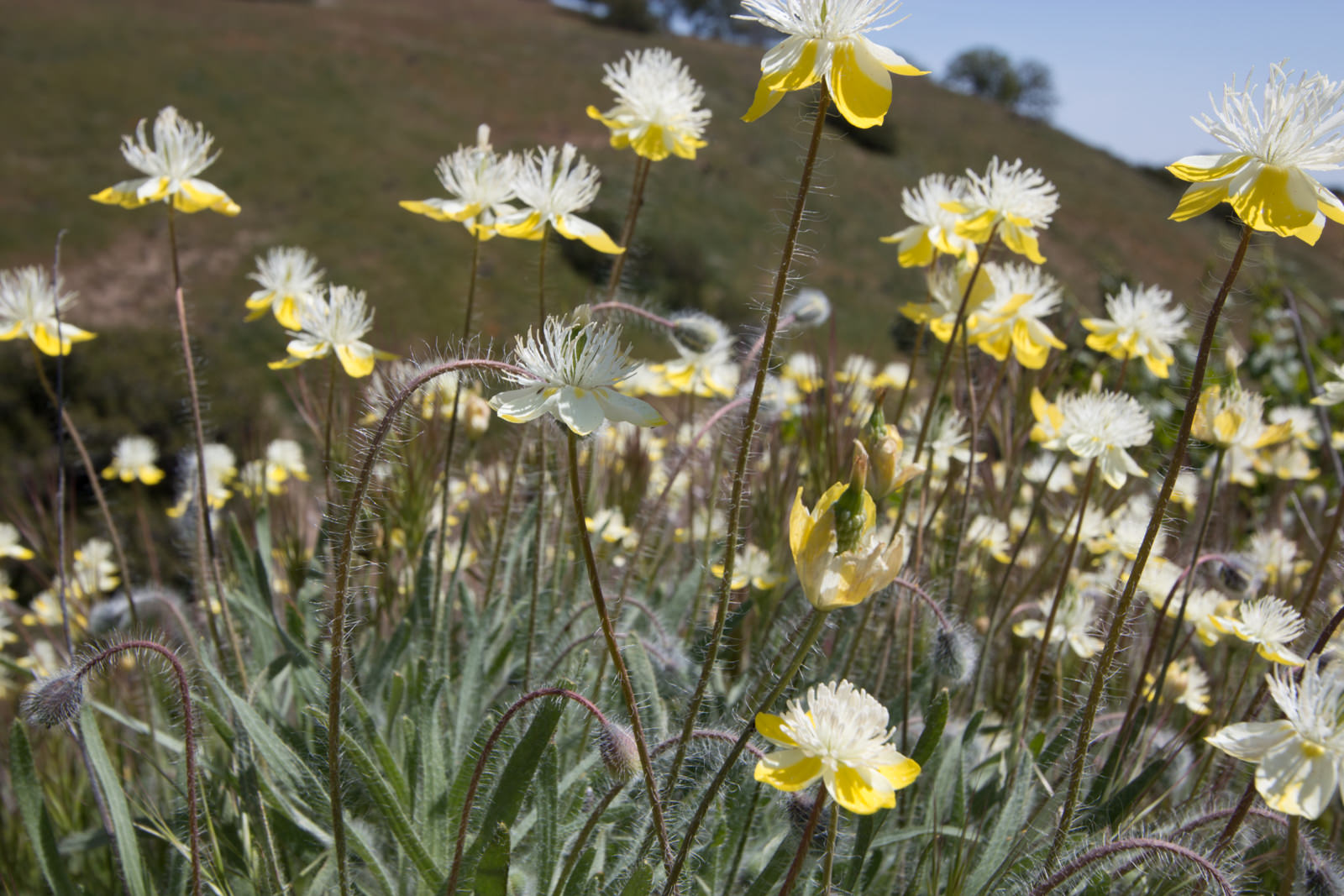 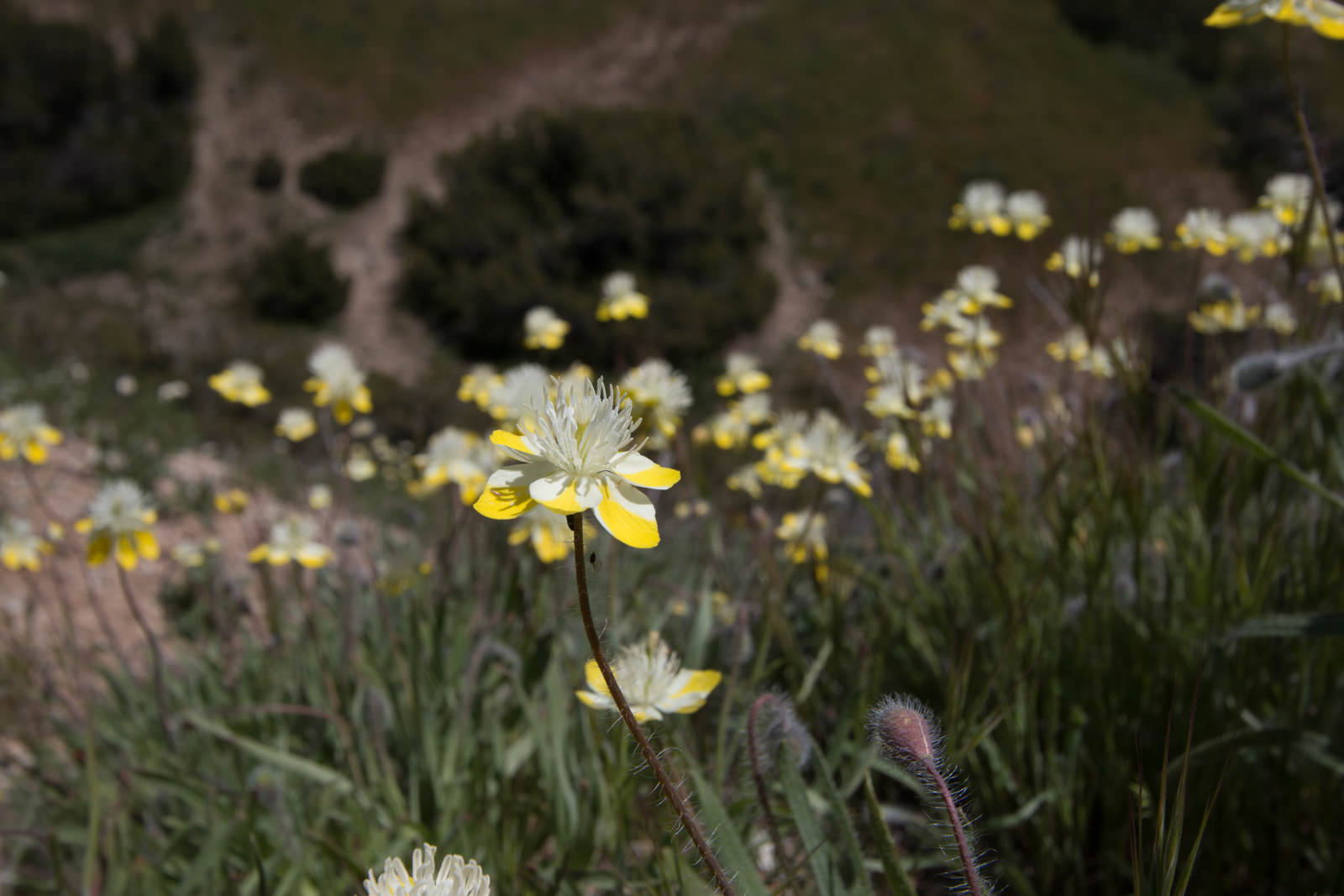 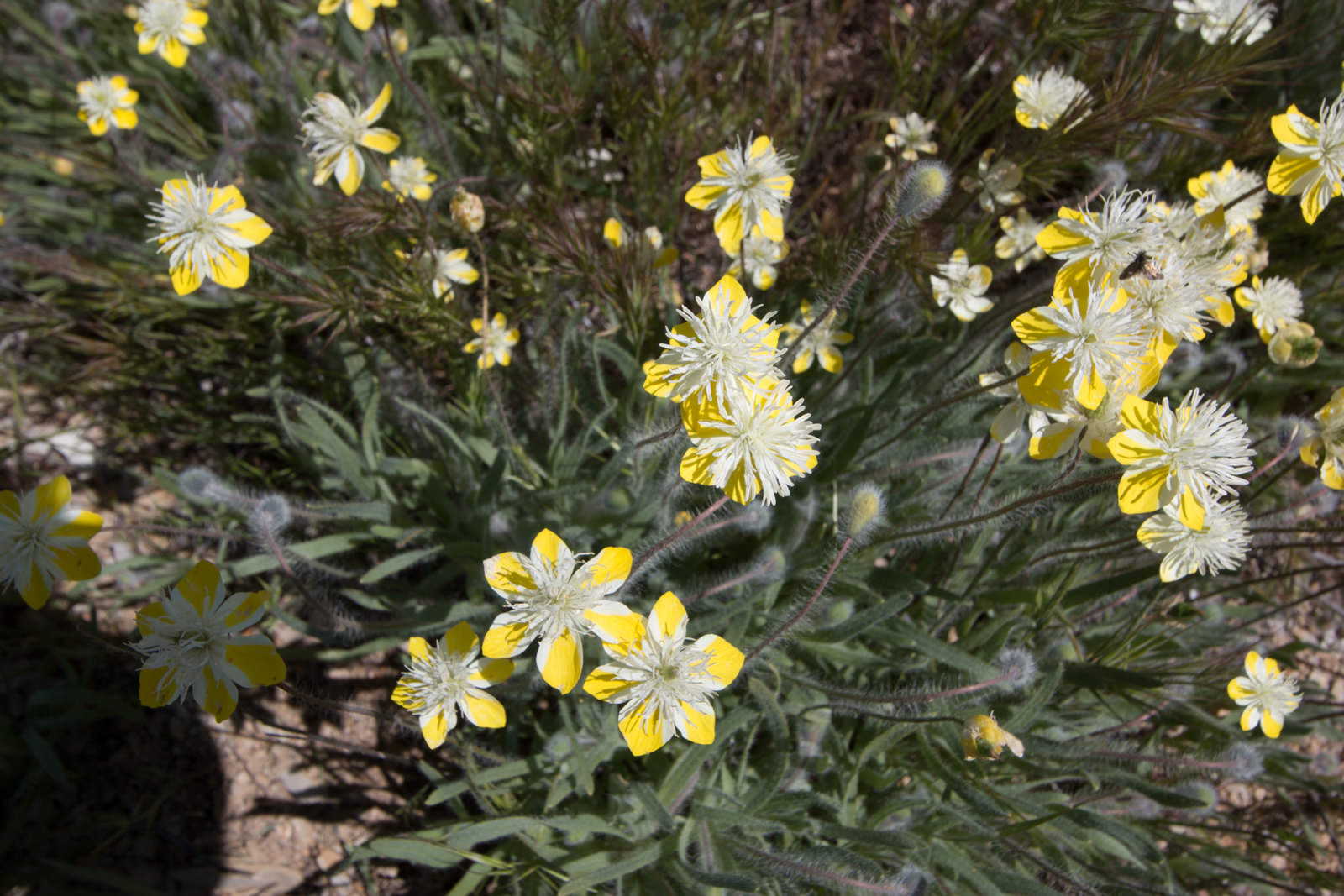 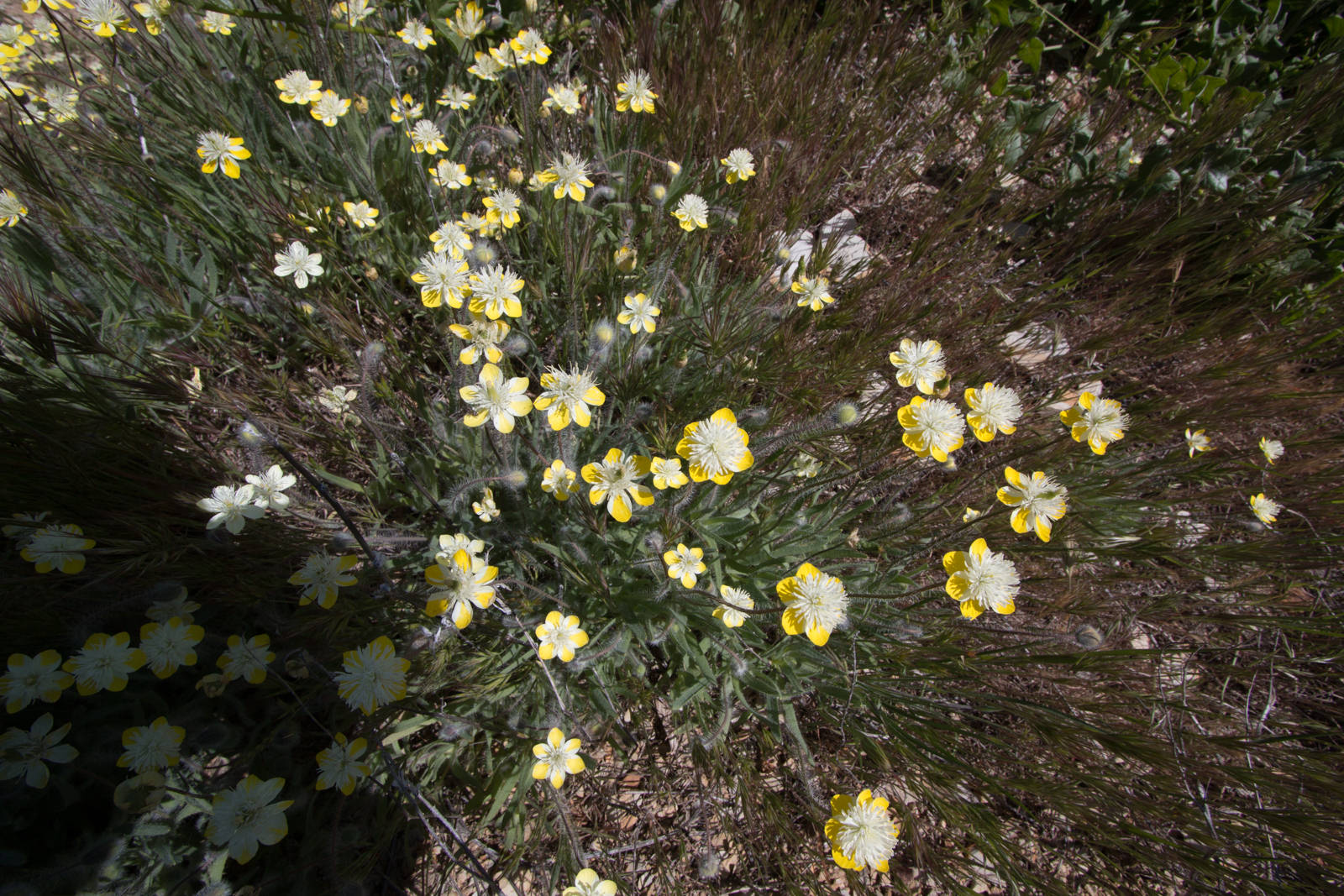 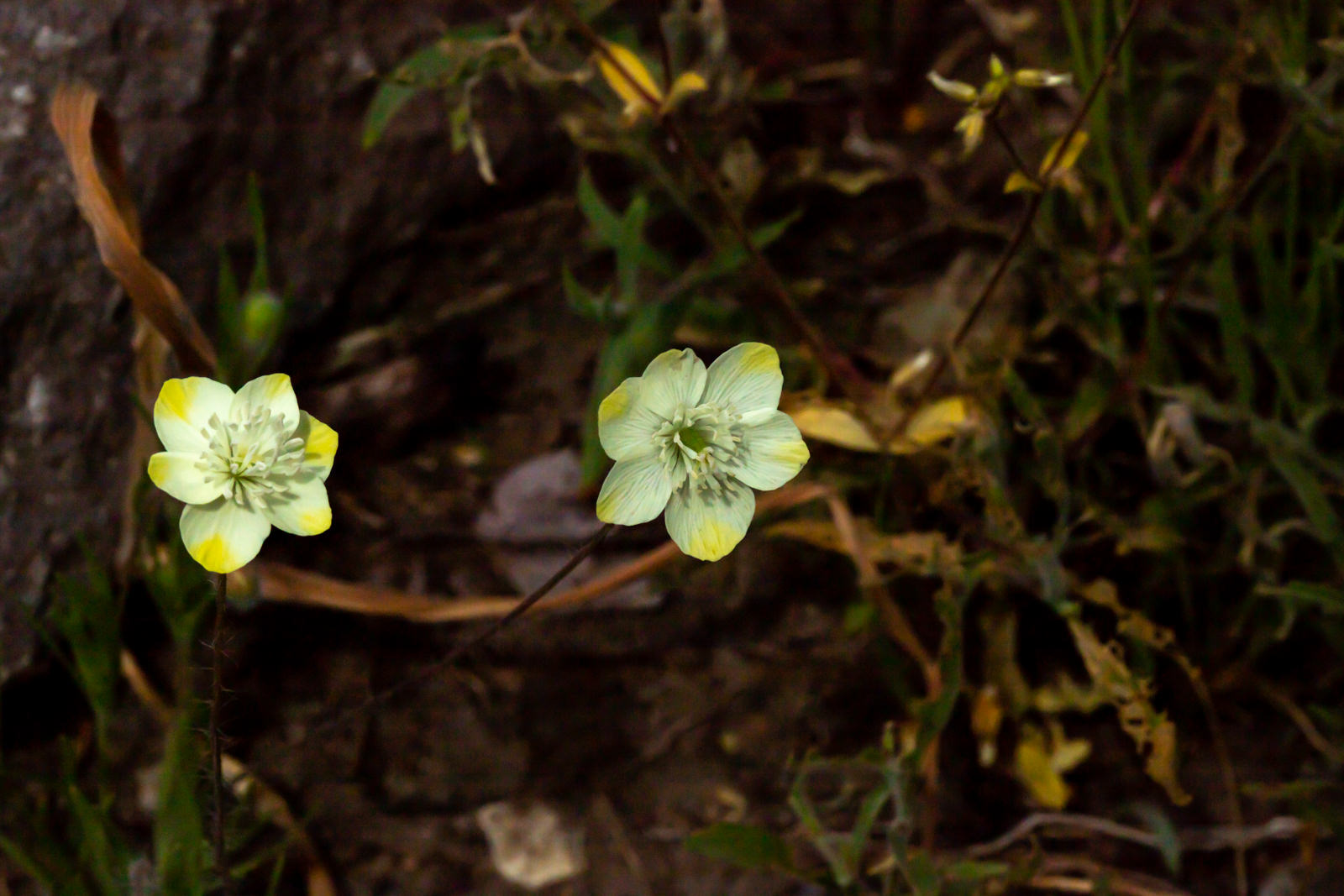 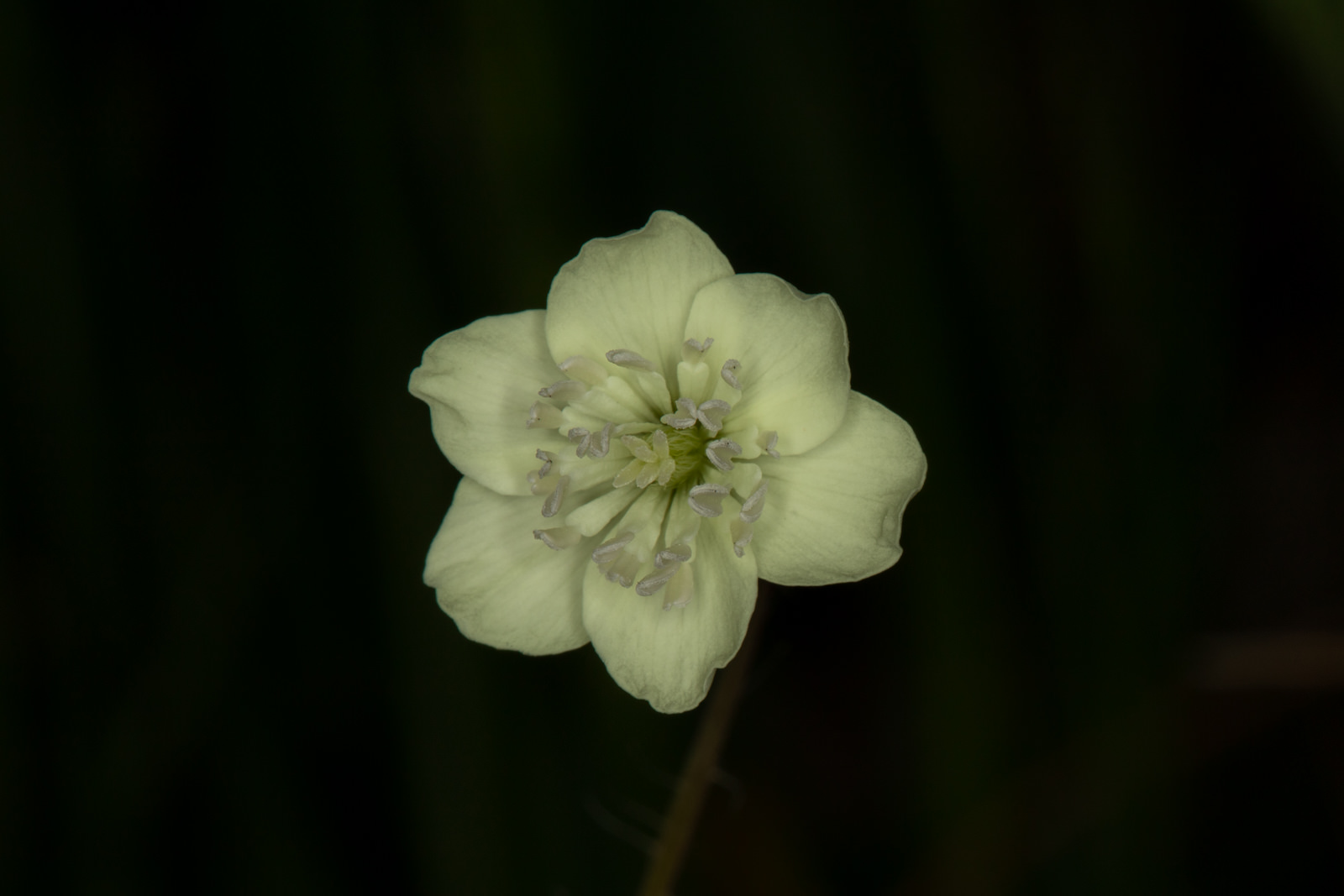 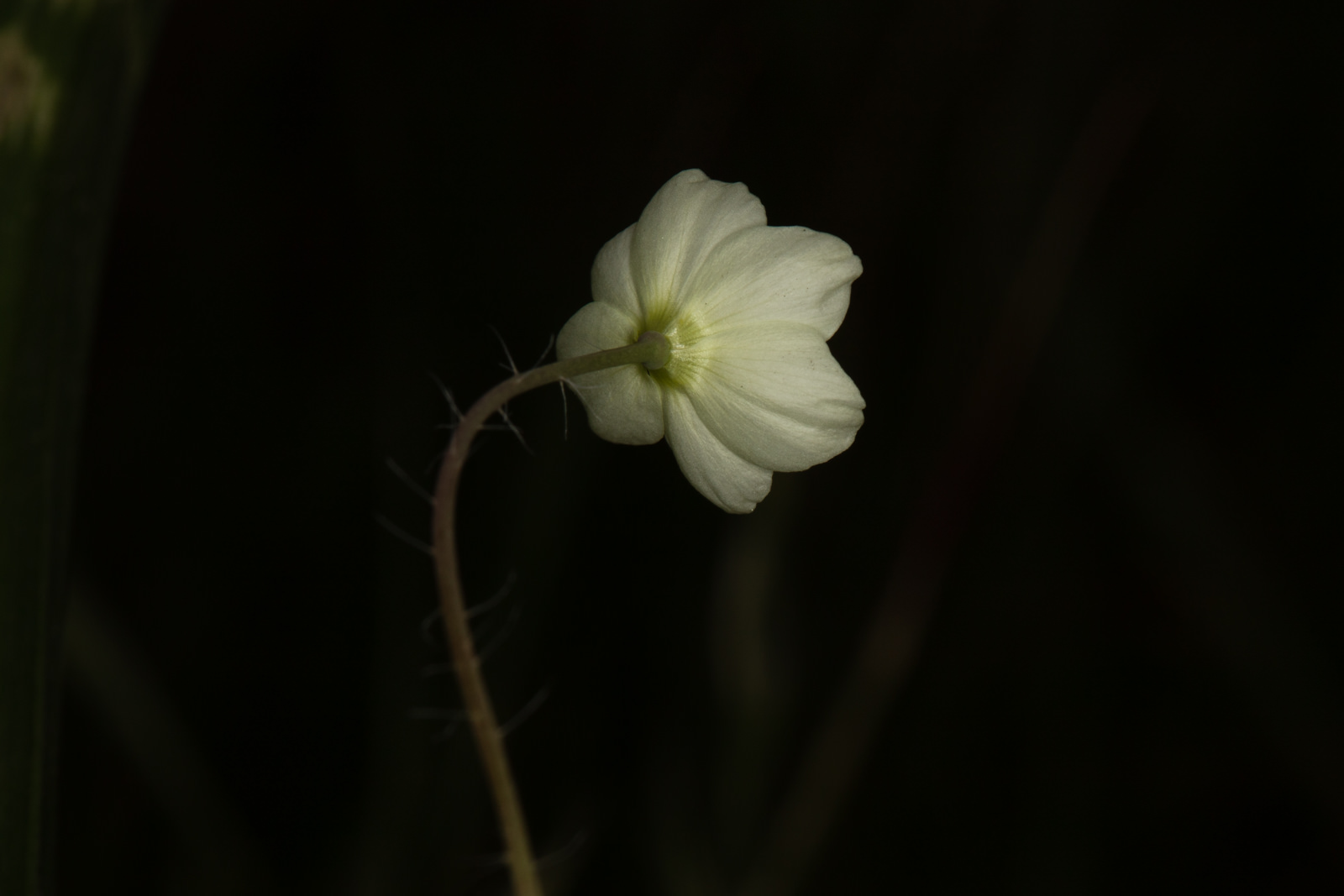 Cream Cups - Platystemon californicus are an uncommon tiny (under ten inches tall) annual that is occasionally seen in our local mountains. Cream cups is a low growing plant that may take several forms: several branching, upright or sprawling stems from its base. Long before the suburbs were conceived, this plant was more widely distributed and plentiful. The plant prefers open fields with sandy soils and is prolific after fires, this plant is found at elevations under 6,000 feet from the desert to the coast. Non-native plants such as annual grasses, star thistle, and mustard have taken over these areas in many places.

Flowers are one per stem, one-half inch in diameter and have six petals which can be any variation of pure white or yellow or white with broad yellow splotches or even yellow tips. The center of the flower is crowded with stamens and stigmas, one pistil but no styles. The fruit is a capsule with several one-seeded sections that break apart. Many fine hairs can be seen on the plant. Three hairy sepals protect the flower during the bud stage. These sepals are then discarded when the flower opens. These are visible in several of the included images. Pollination is a job for small native bees or via wind dispersal. Once pollination of the flower occurs, the ovary expands to accommodate the next generation of seeds and prepare them for dispersal.

Leaves are directly attached to stem (carline), and primarily basal (located near the base). They are lanceolate to linear, with smooth margins. The basal leaves are alternating and become opposite or whirled above the root. The leaves are much easier to see when there is a patch of these flowers. Otherwise, they can be lost in the other plants that may compete with Cream Cups.

An odd bit of info: Platystemon is a monotypic genus of flowering plants in the poppy family which contains the single species Platystemon californicus.

Observation hints: the flower opens late (after 9AM) and closes early (4PM). I passed by the plant at 8AM and noticed closed petals. On my way back the flowers were open; I attempted to capture some images. My images were not usable, so I headed back later the day. At 4:30 I arrived and the flower was closed again. I made a point to come back the following week after 11AM. Some ravenous caterpillars beat me to the plant. I looked around for other flowers and had given up finding one. Out of the corner of my eye, I spied one lone flower. Unpacking my camera, I was careful to set up and review the images before heading home.

Name Origin:Platystemon: from the Greek platus, "broad" and stemon, "stamens" referring to the flattened stalks of the stamens.
Papaver:the classical Latin name for the poppy