Plant of the Month - Douglas Nightshade 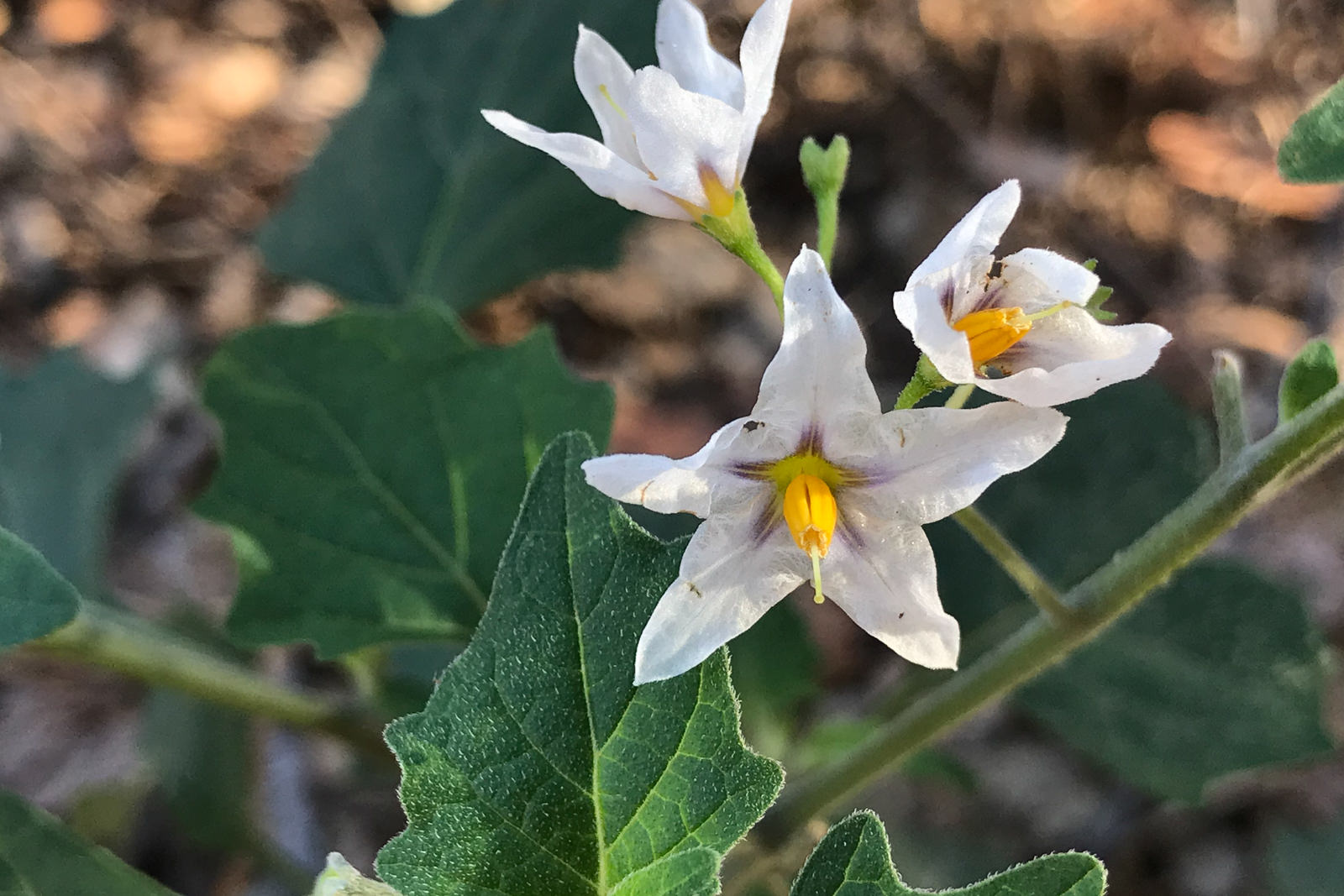 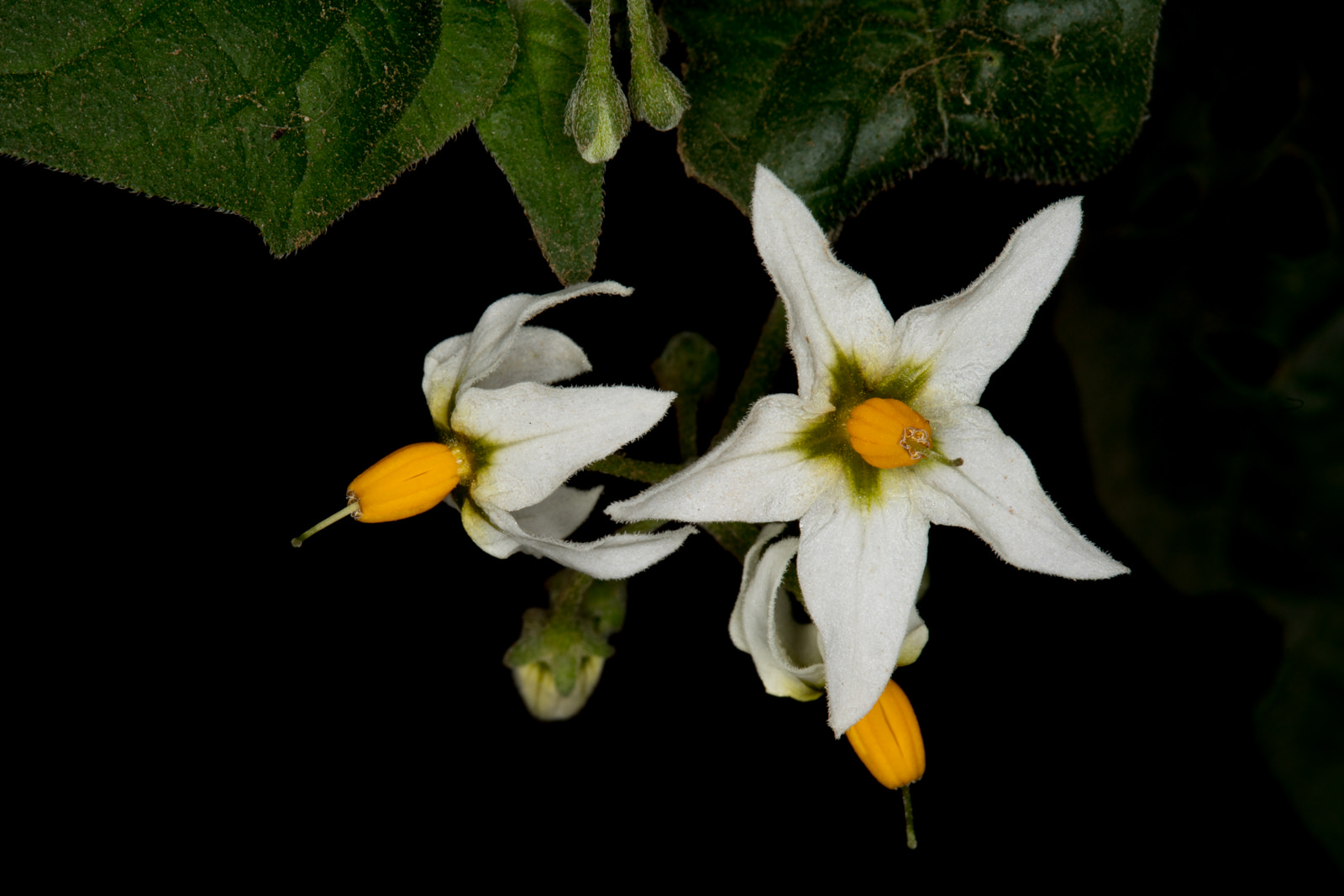 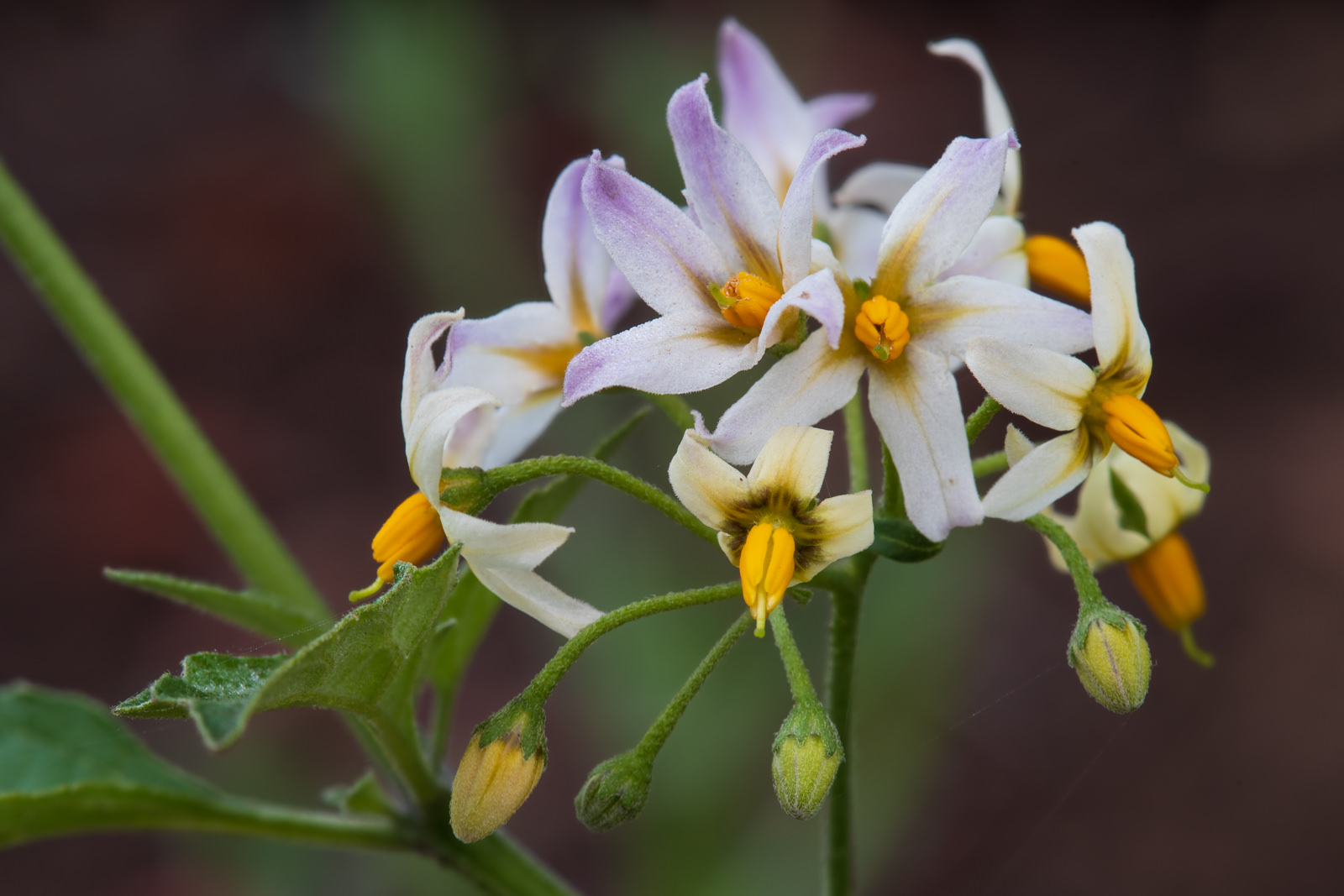 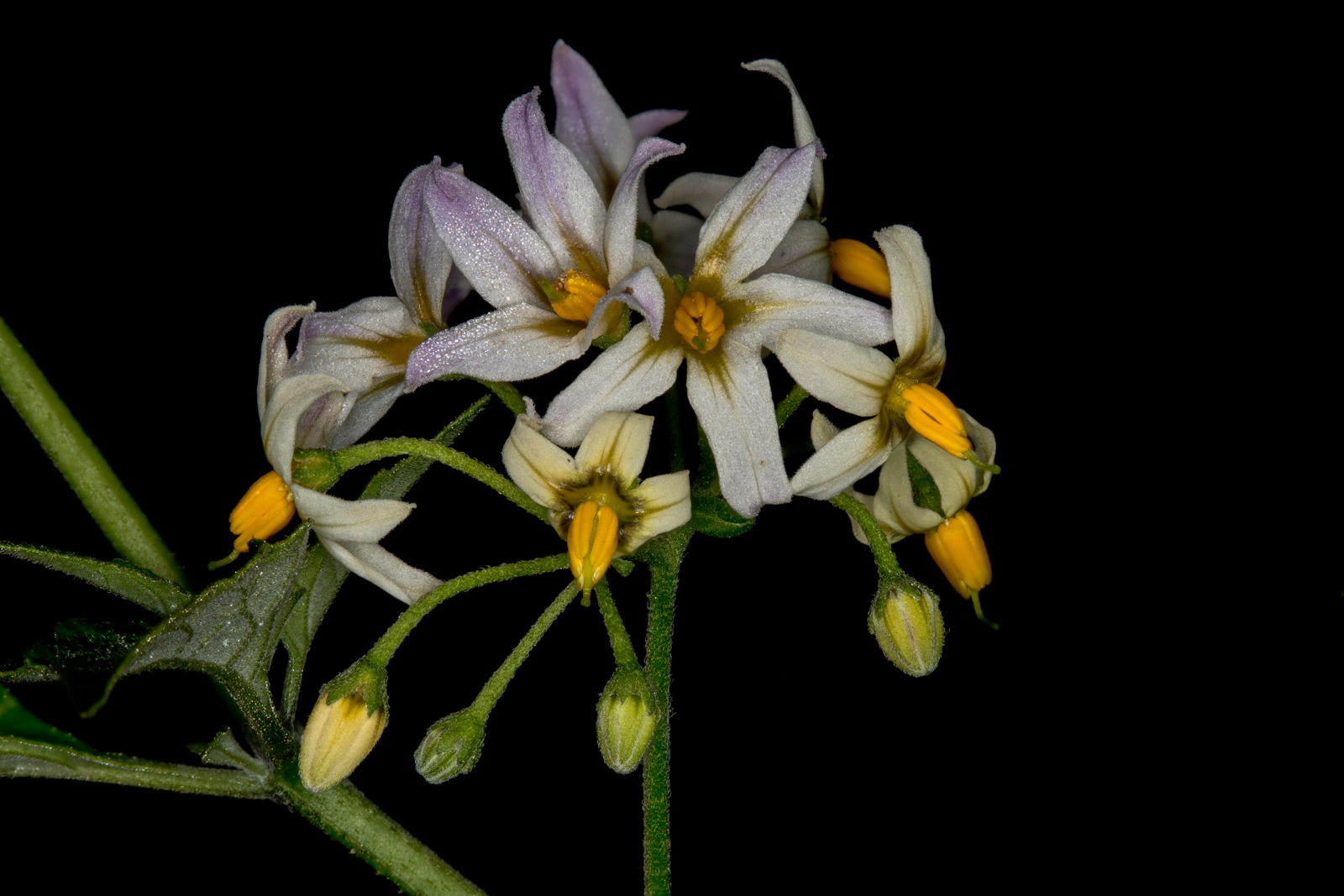 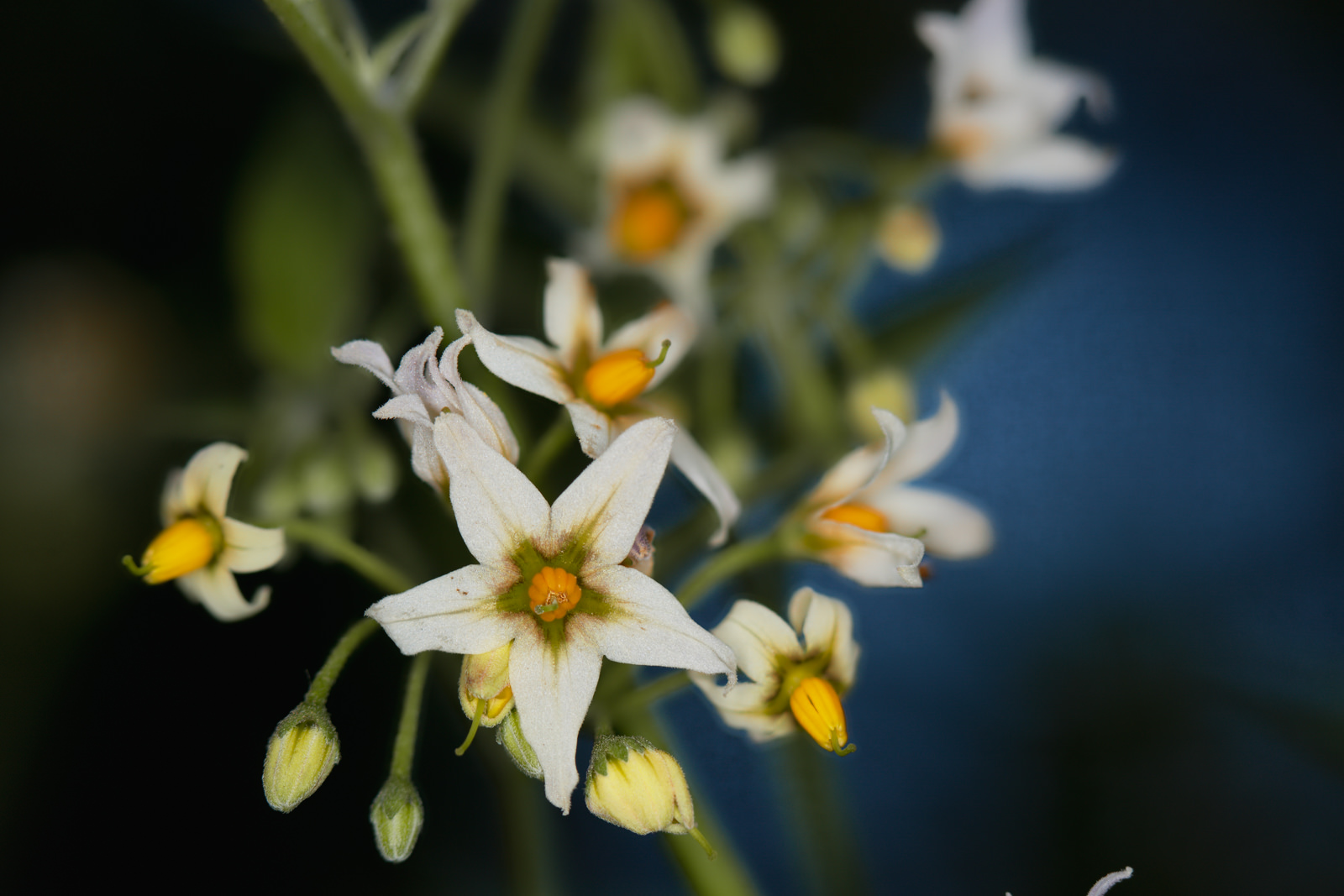 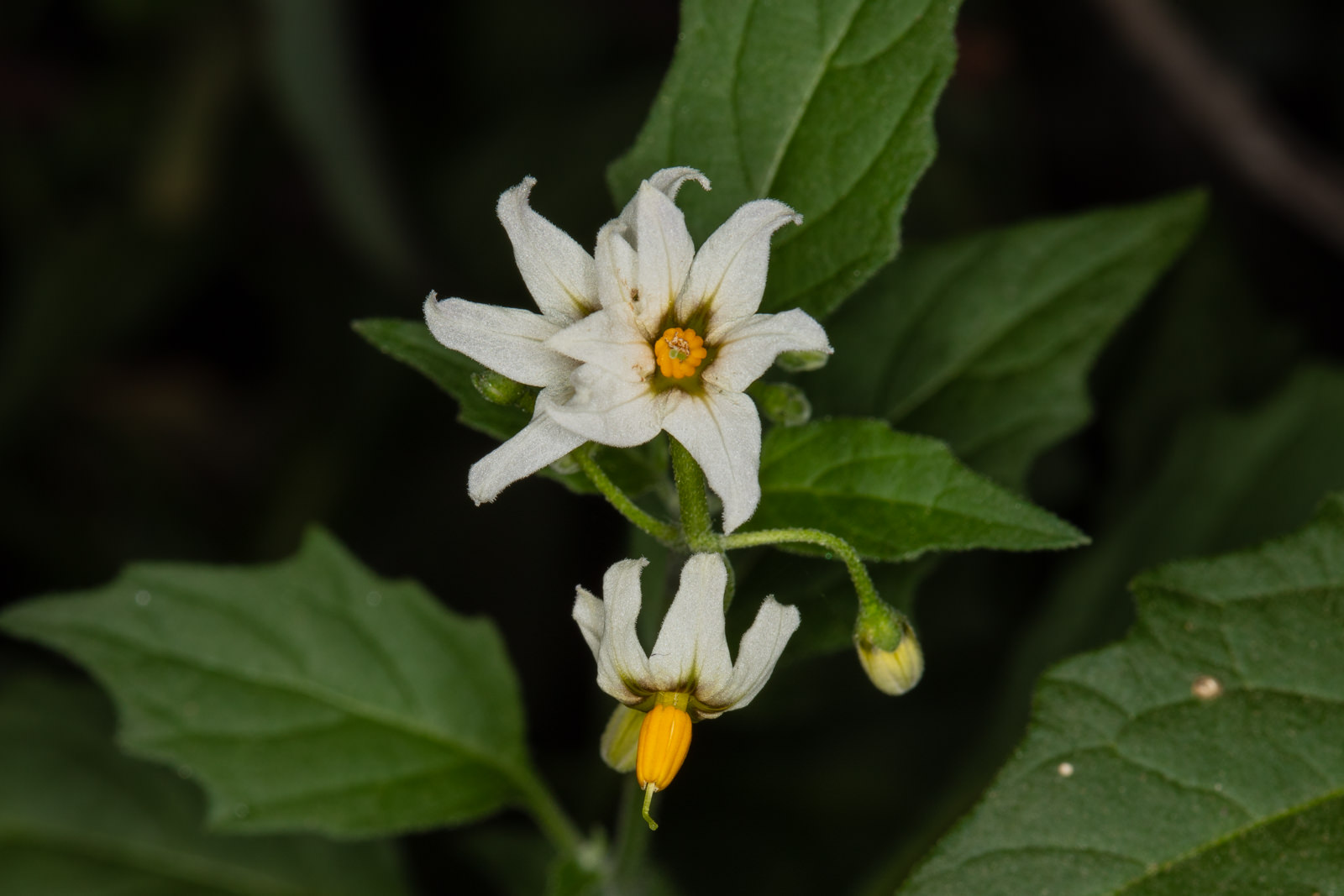 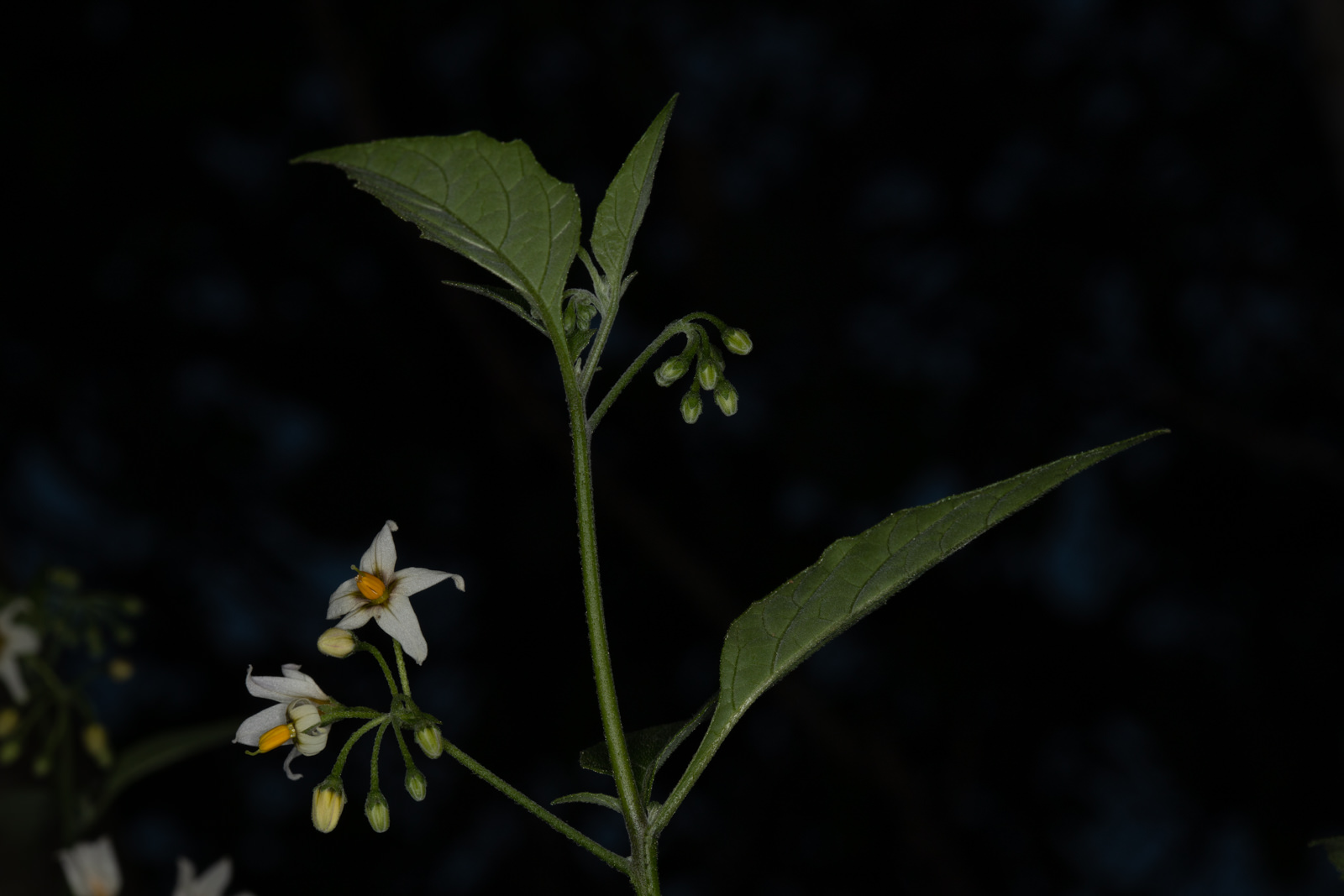 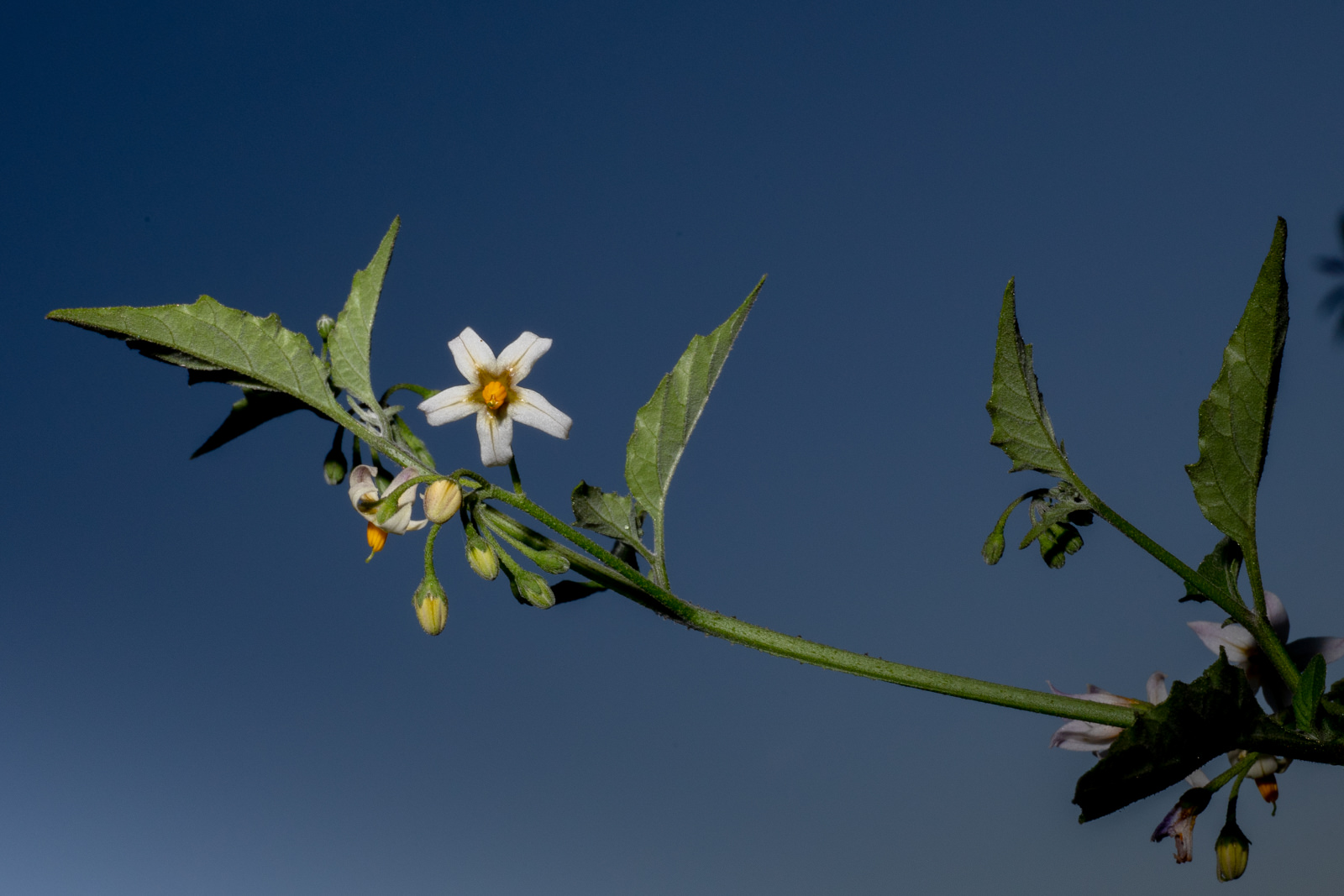 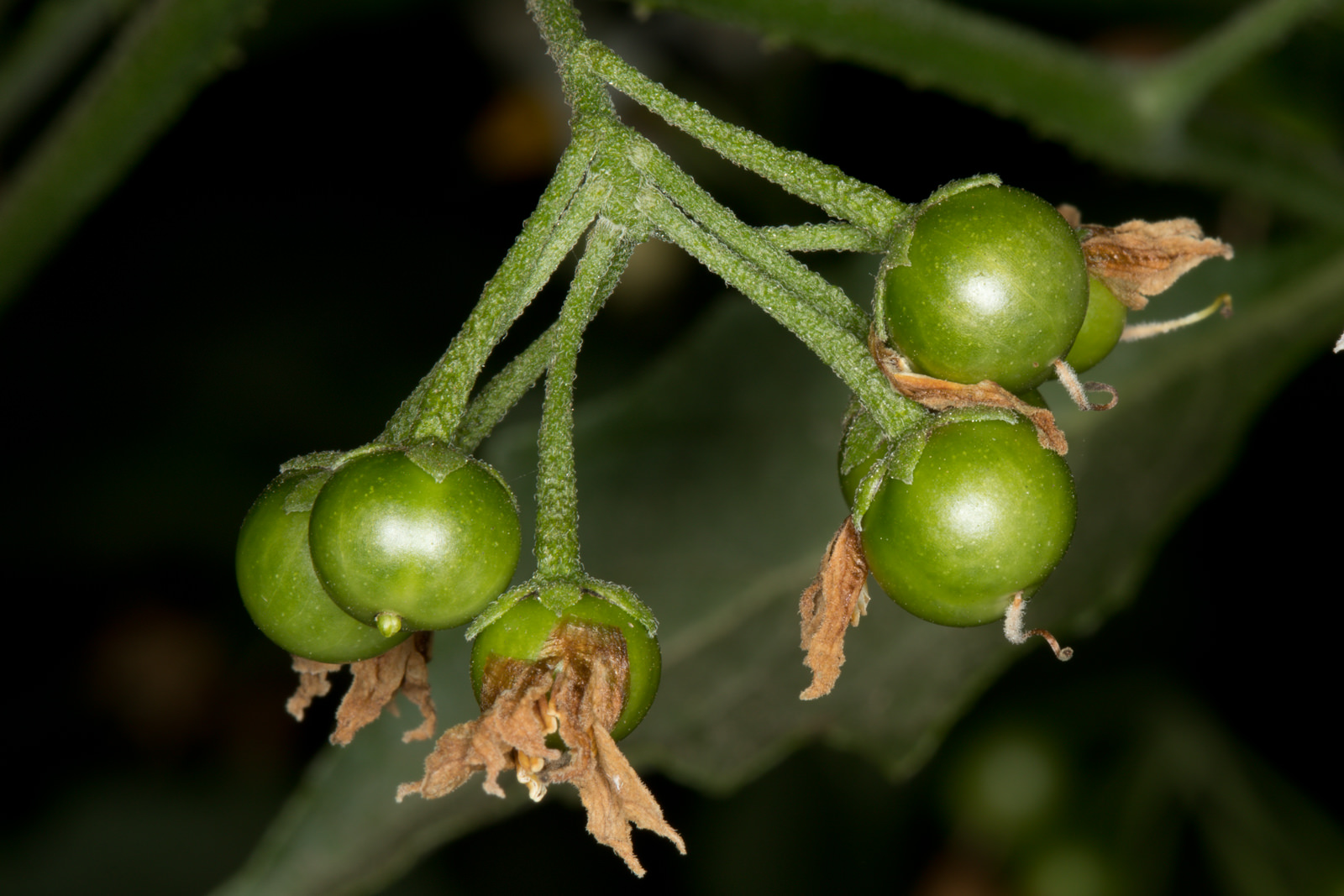 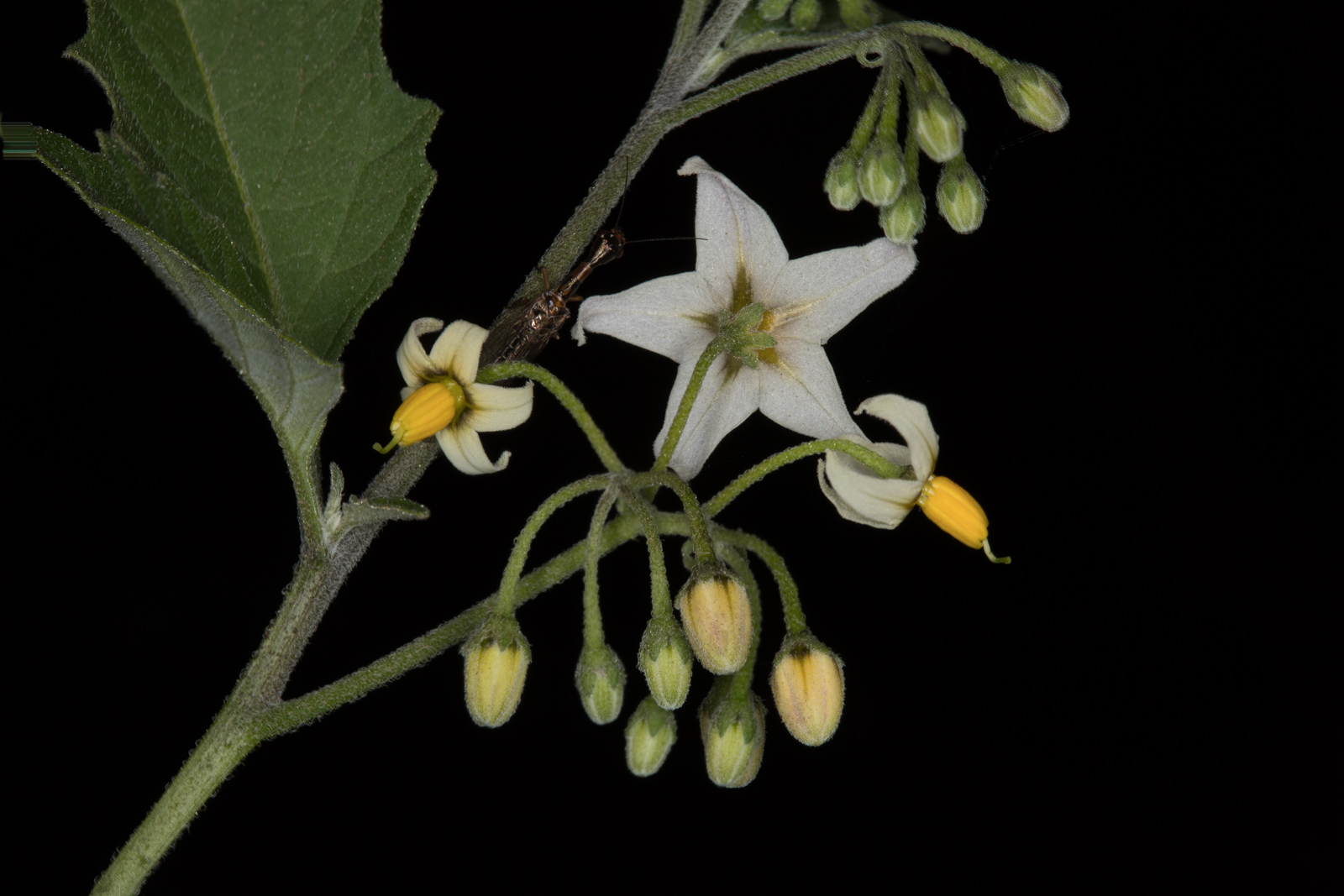 Douglas Nightshade or greenspot nightshade - Solanum douglasii is a perennial shrub found on hillsides and canyons. At first glance you might have thought this was a Purple Nightshade (Solanum xanti) with white flowers. If you looked carefully enough you would see that Douglas Nightshade has flowers in the shape of a star rather than a flower with fused petals. This shrub is not as common as Purple Nightshade in the Santa Monica Mountains. Several foods that we eat are related to this plant: potato (S. tuberosum) and eggplant (S. melongena). The tomato (Lycopersicon esculentum) is also in the Nightshade family, but in a different genus. The fruits look similar to eggplants - only a lot smaller.

The flower contains green spots at the base of the five corolla lobes, which are white to light purple in color, pointed, and bent far back when fully mature. There is a fused cylinder of yellow stigmas, with a style protruding out of the center. Fruits are initially green, becoming black as they mature.

Stems branch freely, producing clumps up to six feet high and wide; they, and the leaves, have a covering of short, white hairs. Flowers are produced as small, umbel-like clusters.

Name Origin:Solanum: is derived from the Latin solanem, “soothing”, because of the narcotic effect of some plants in this family; douglasii honors David Douglas (1798-1834), a Scottish botanist who collected many plants on the West Coast in the early 19th century.