Plant of the Month - Hillside Gooseberry 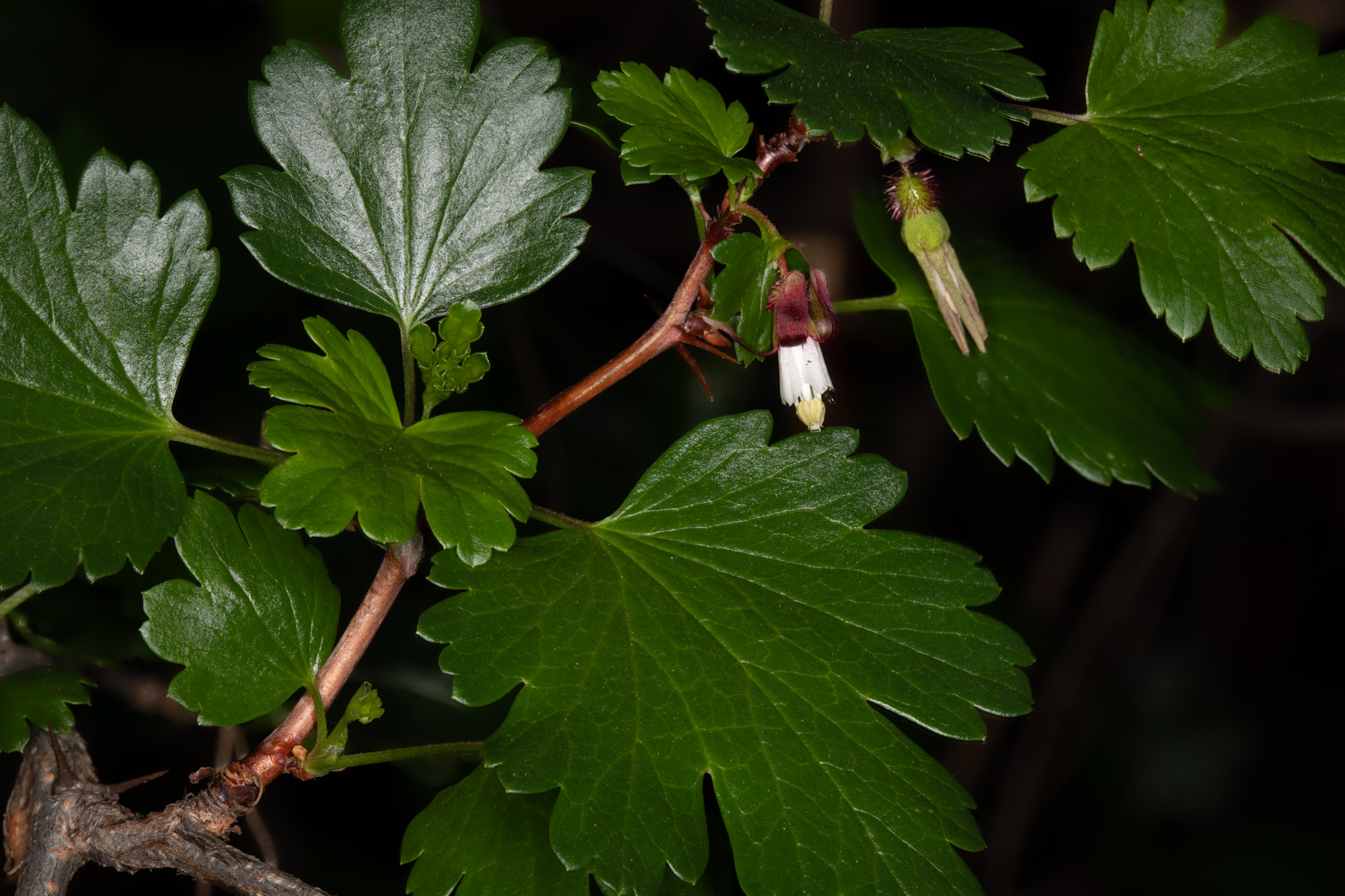 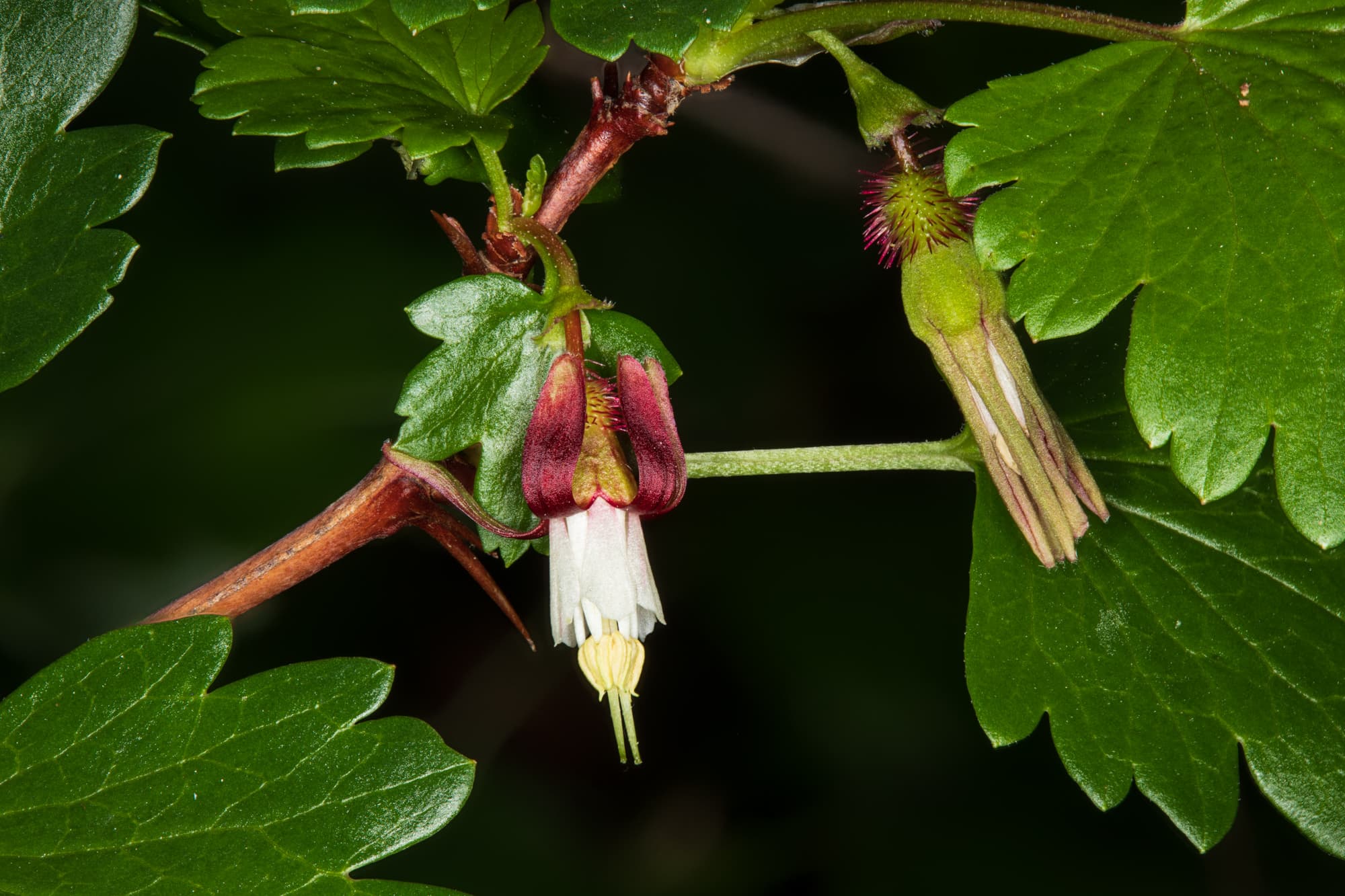 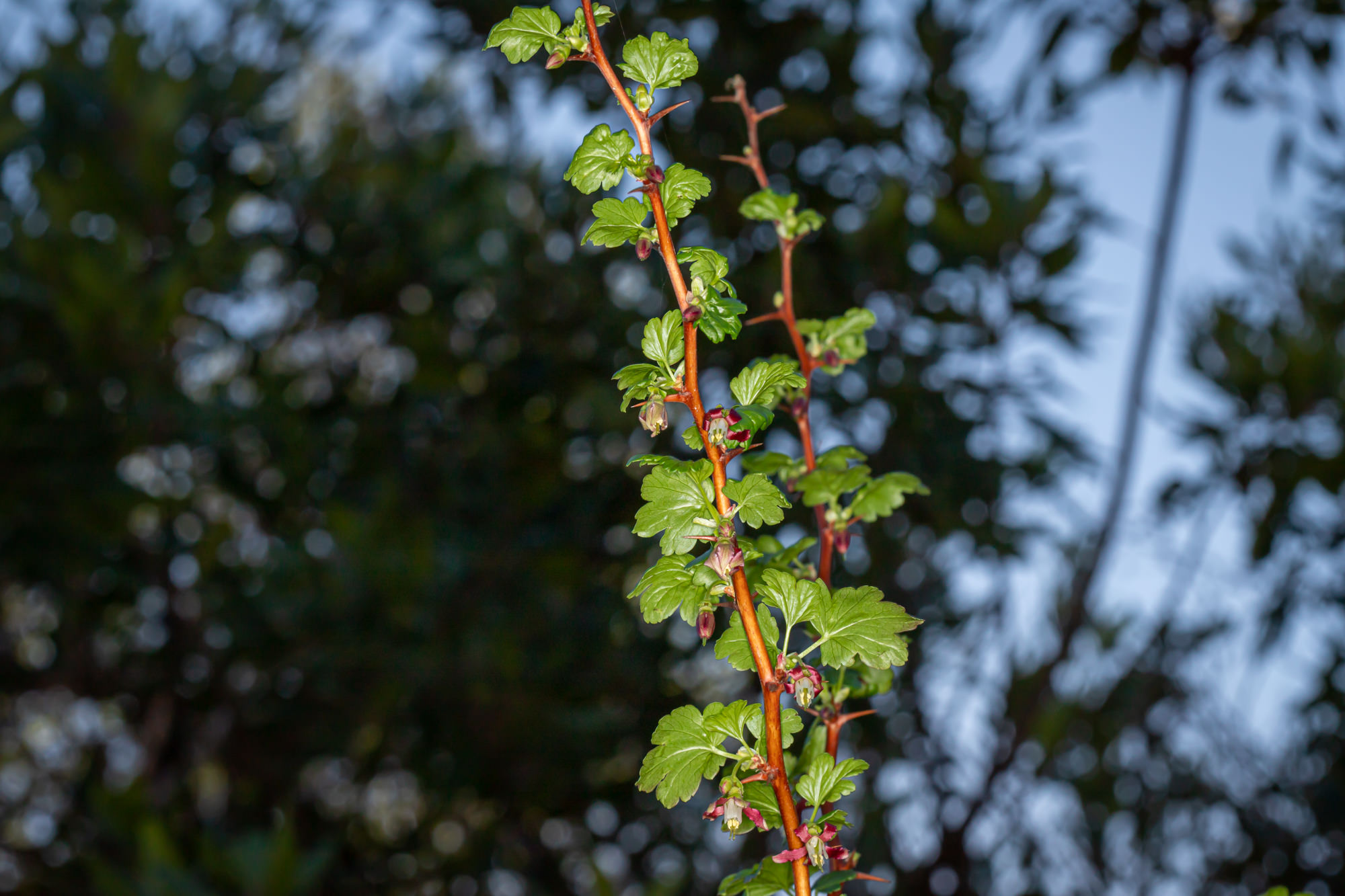 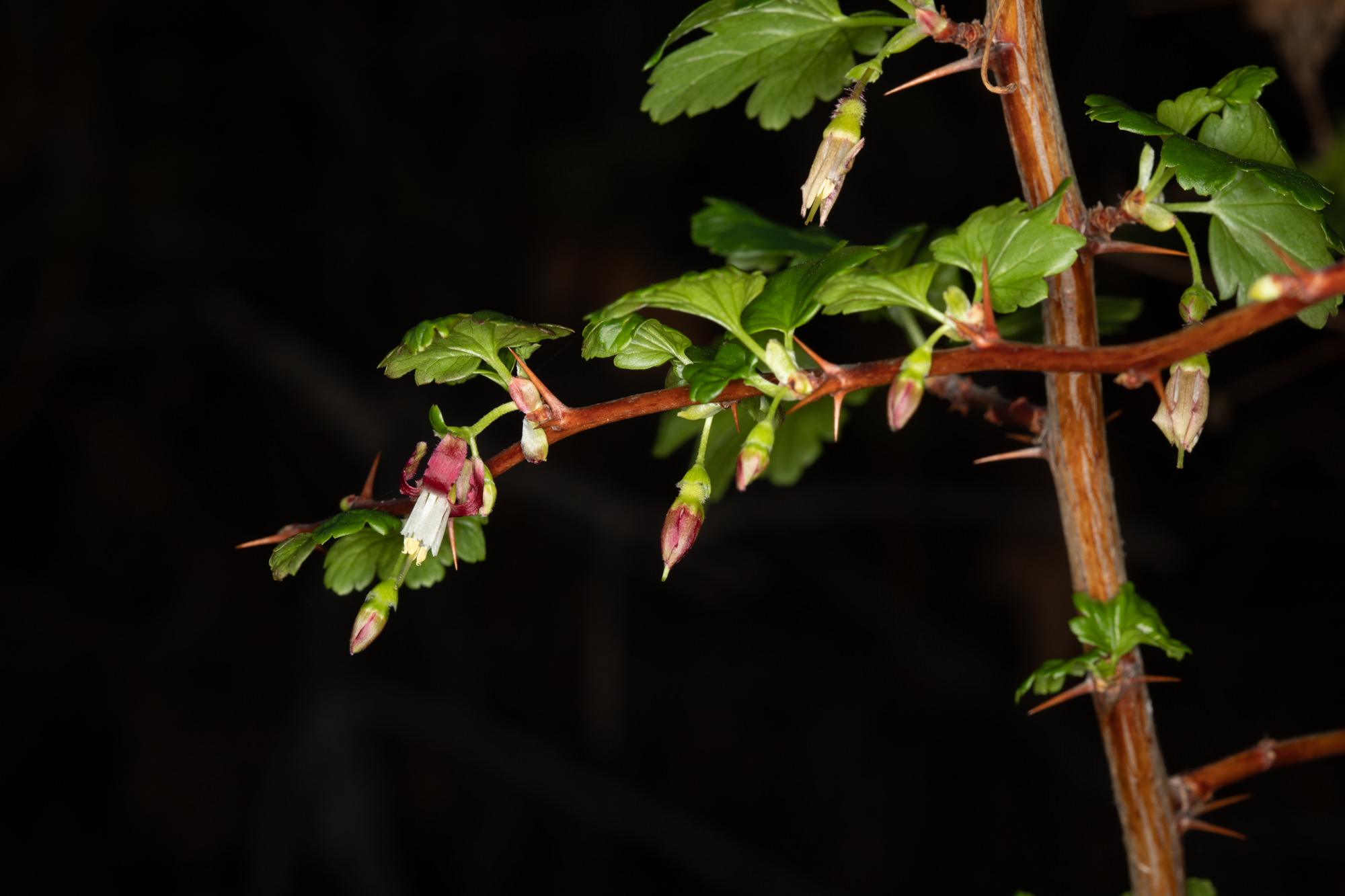 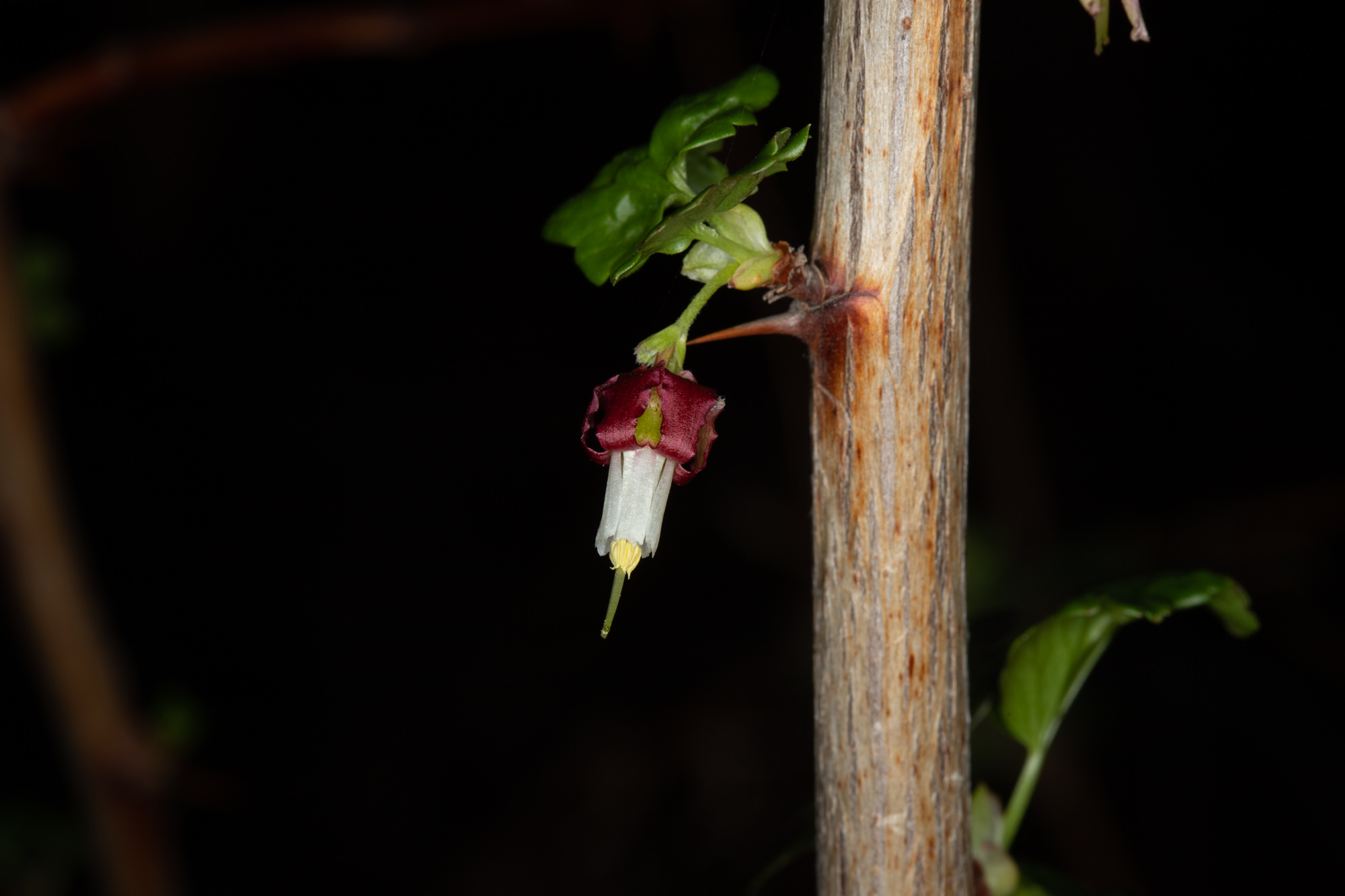 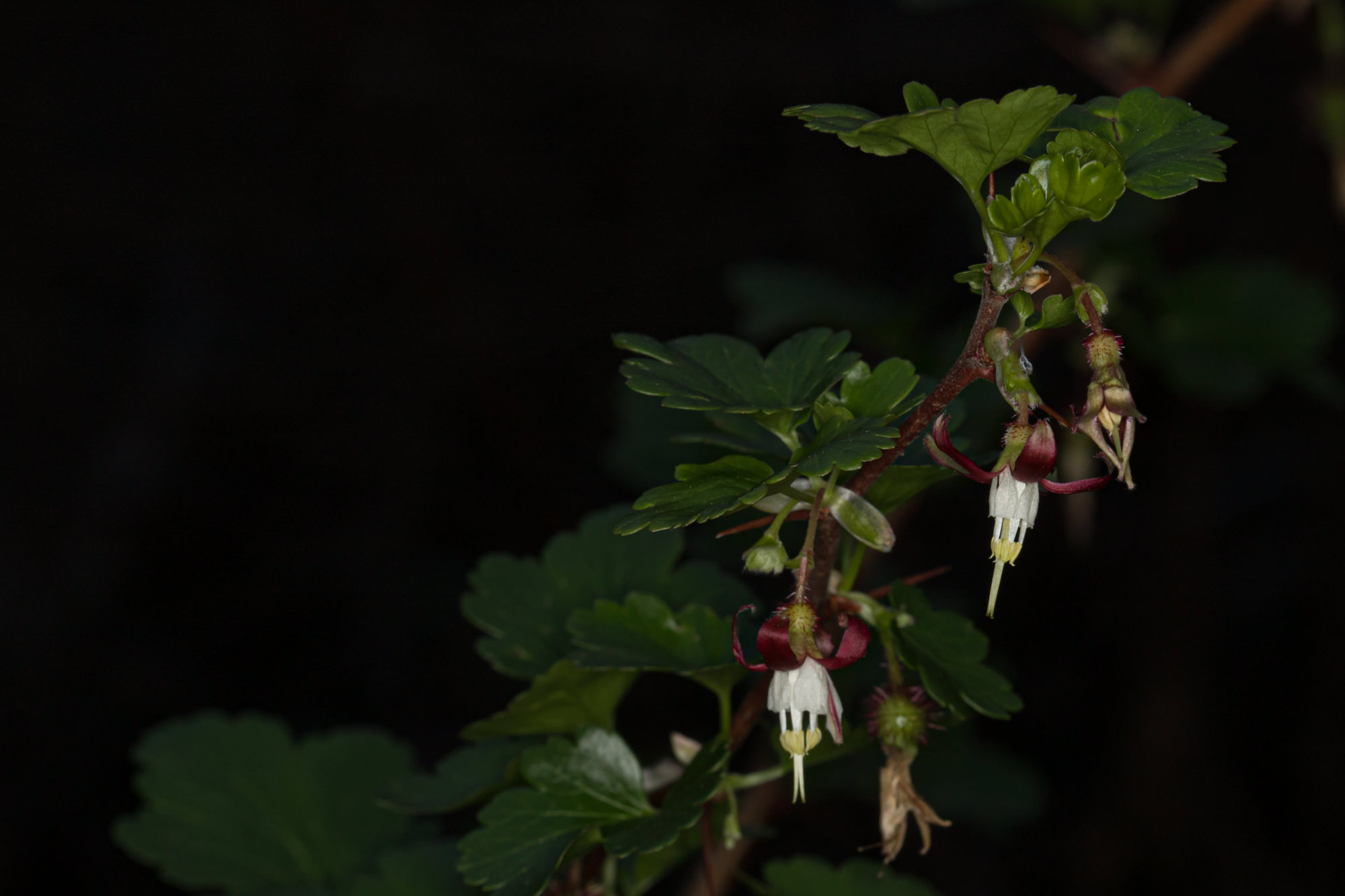 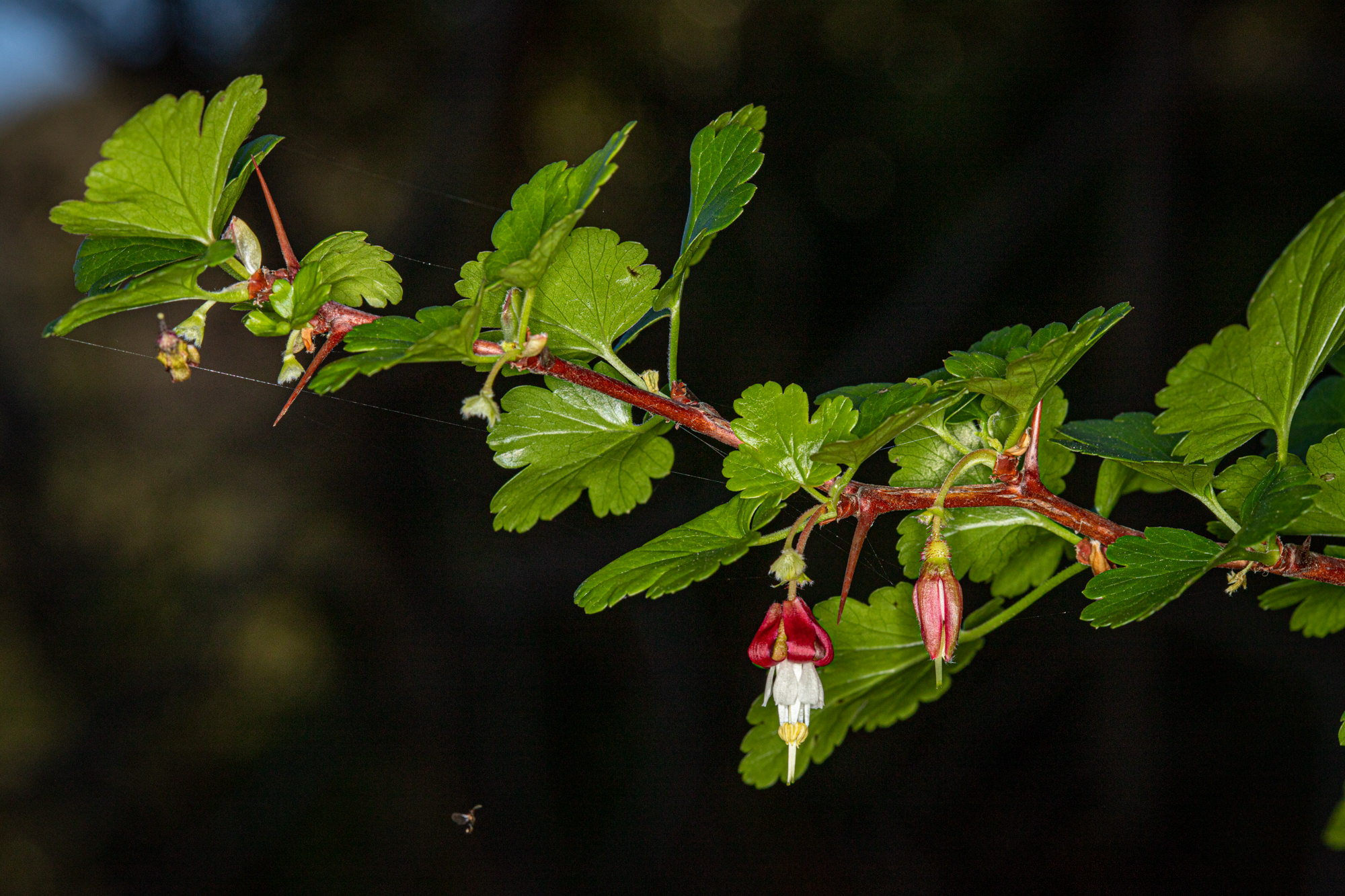 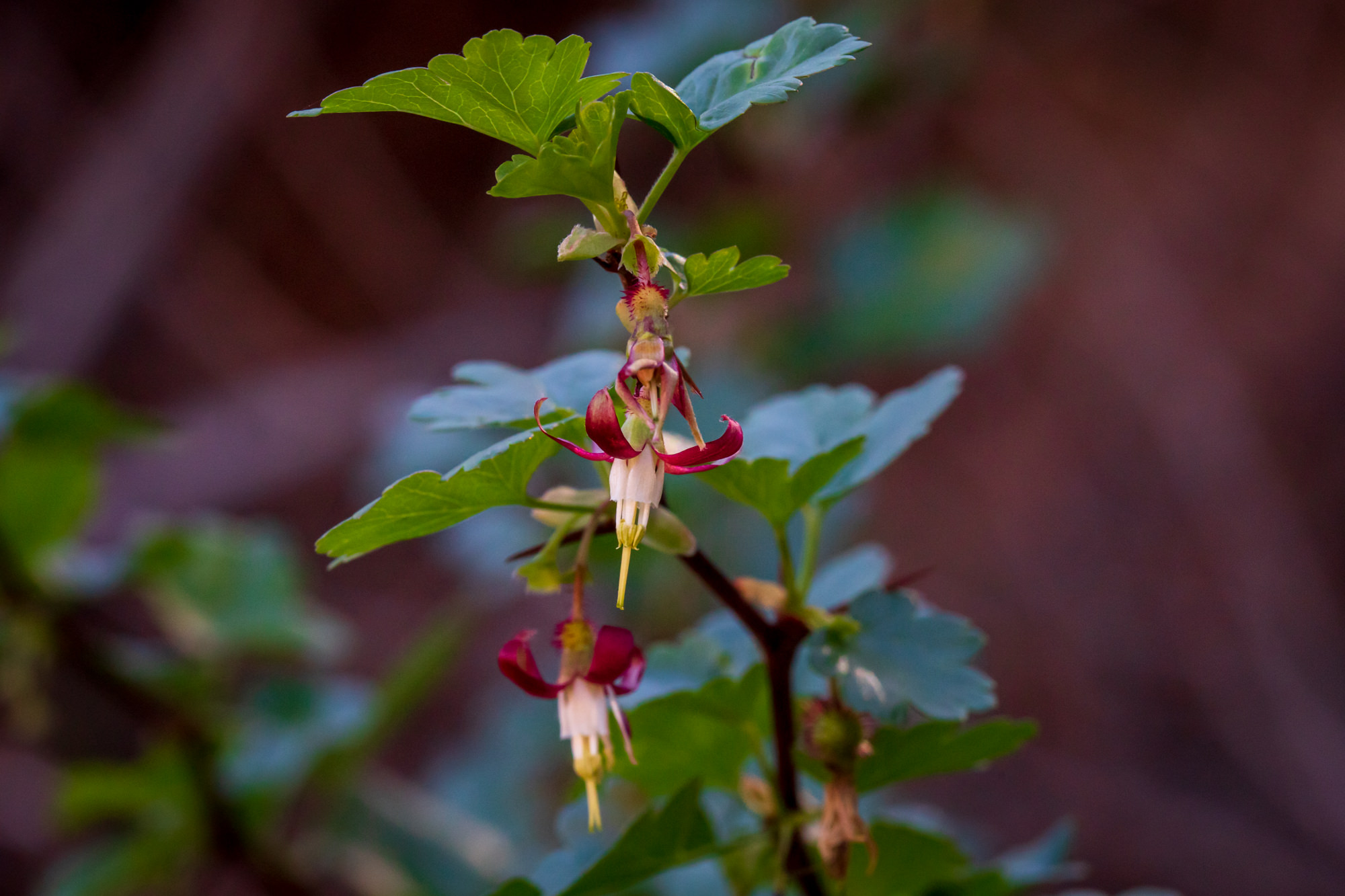 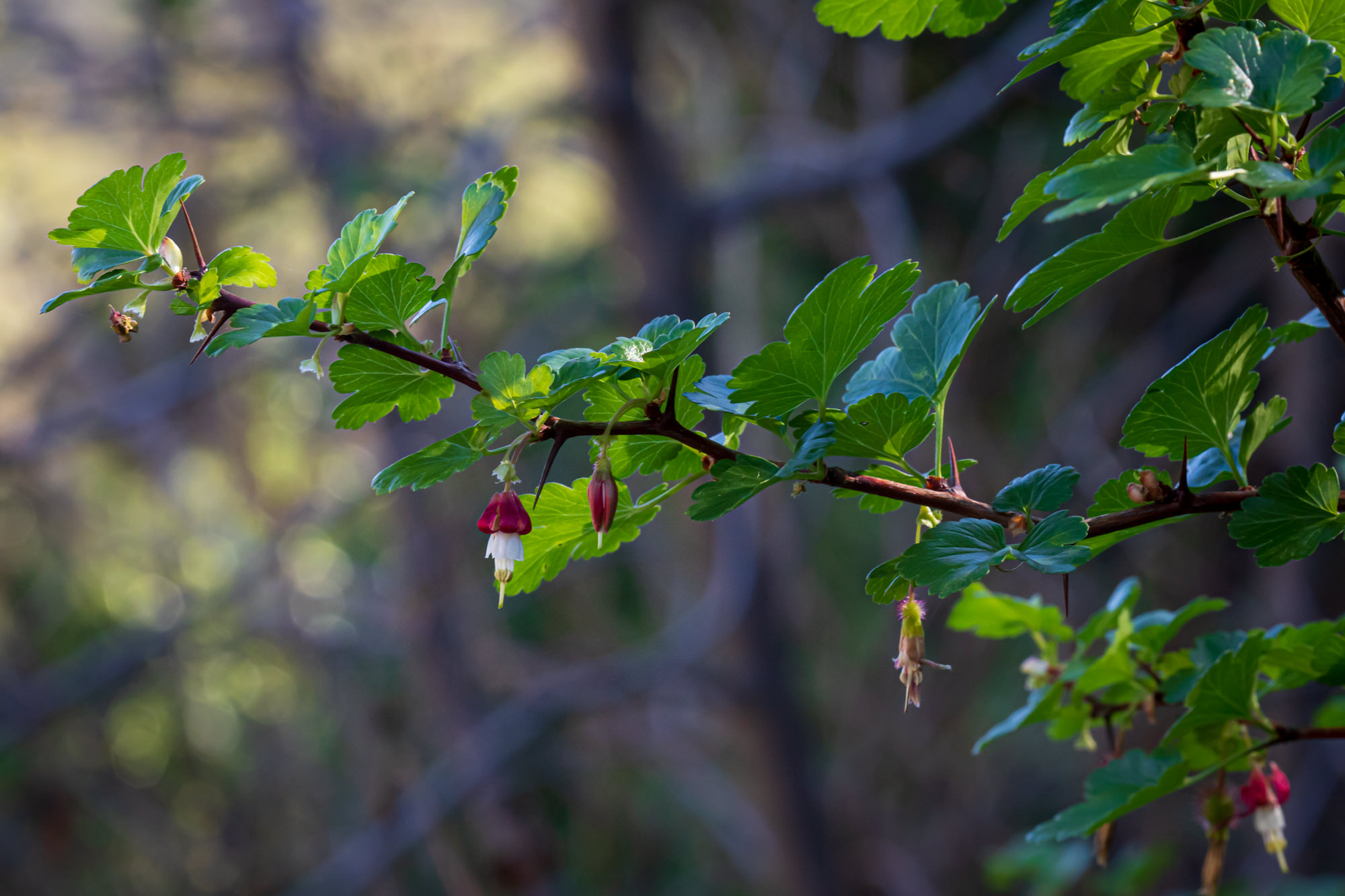 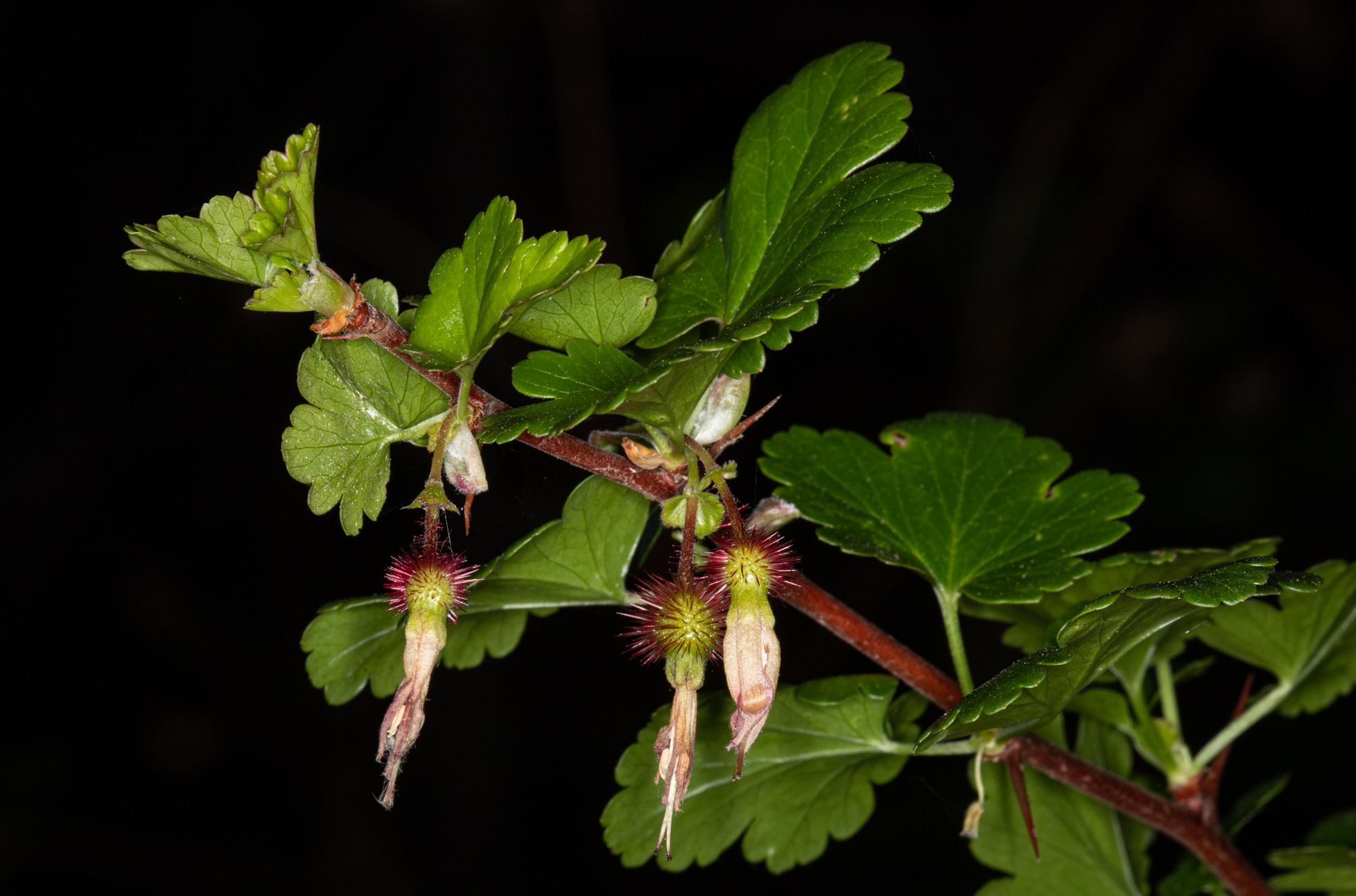 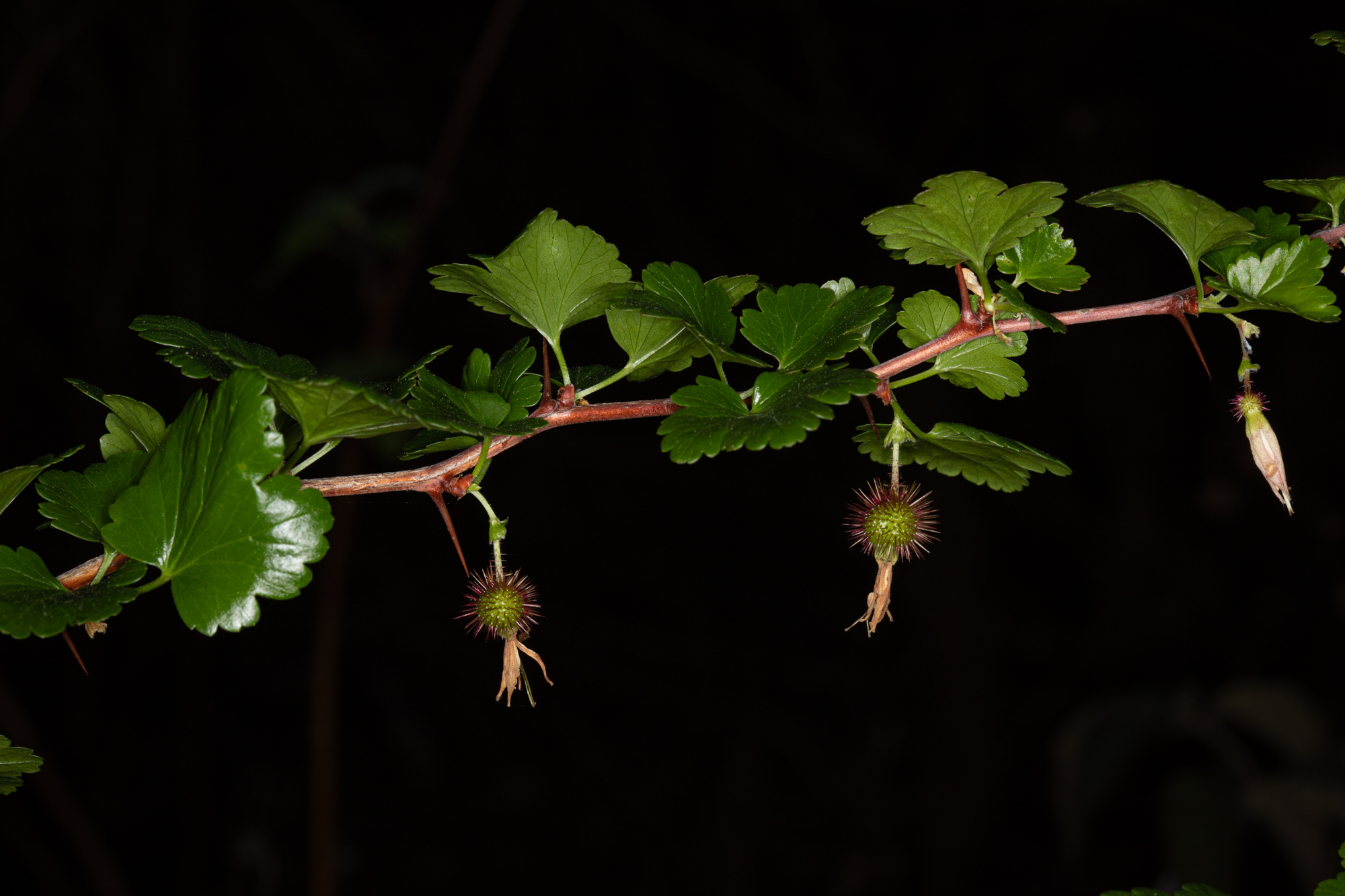 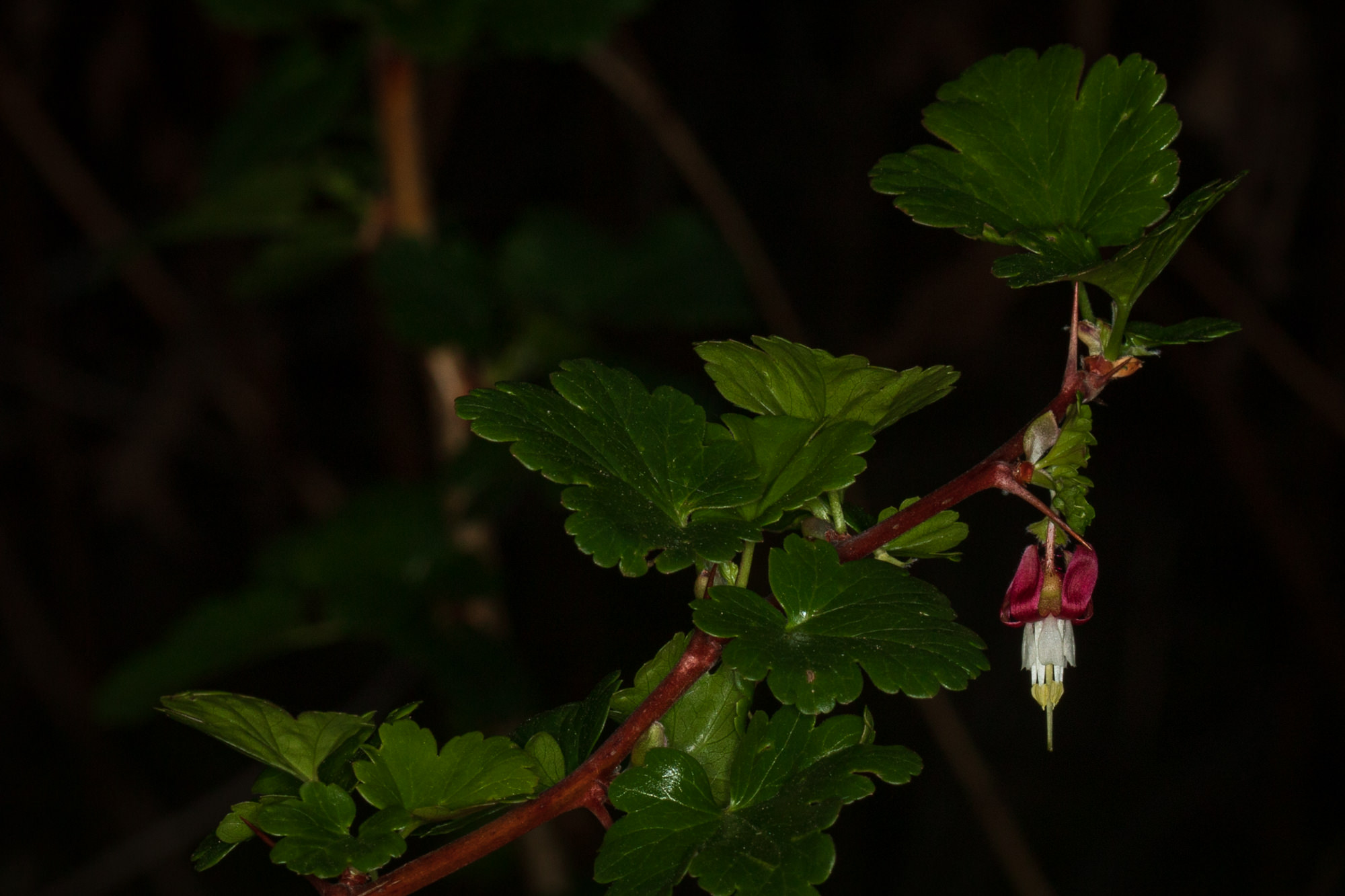 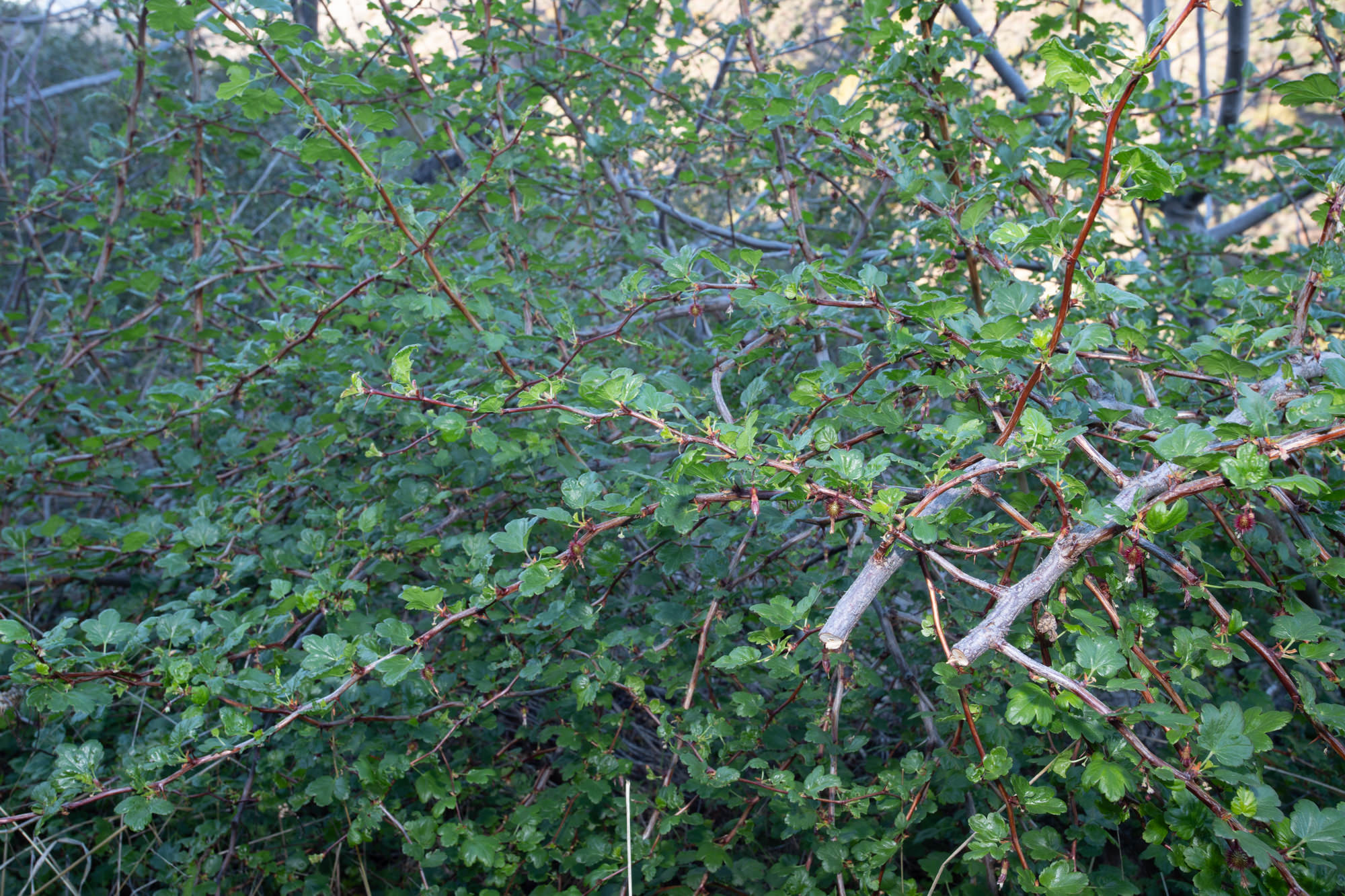 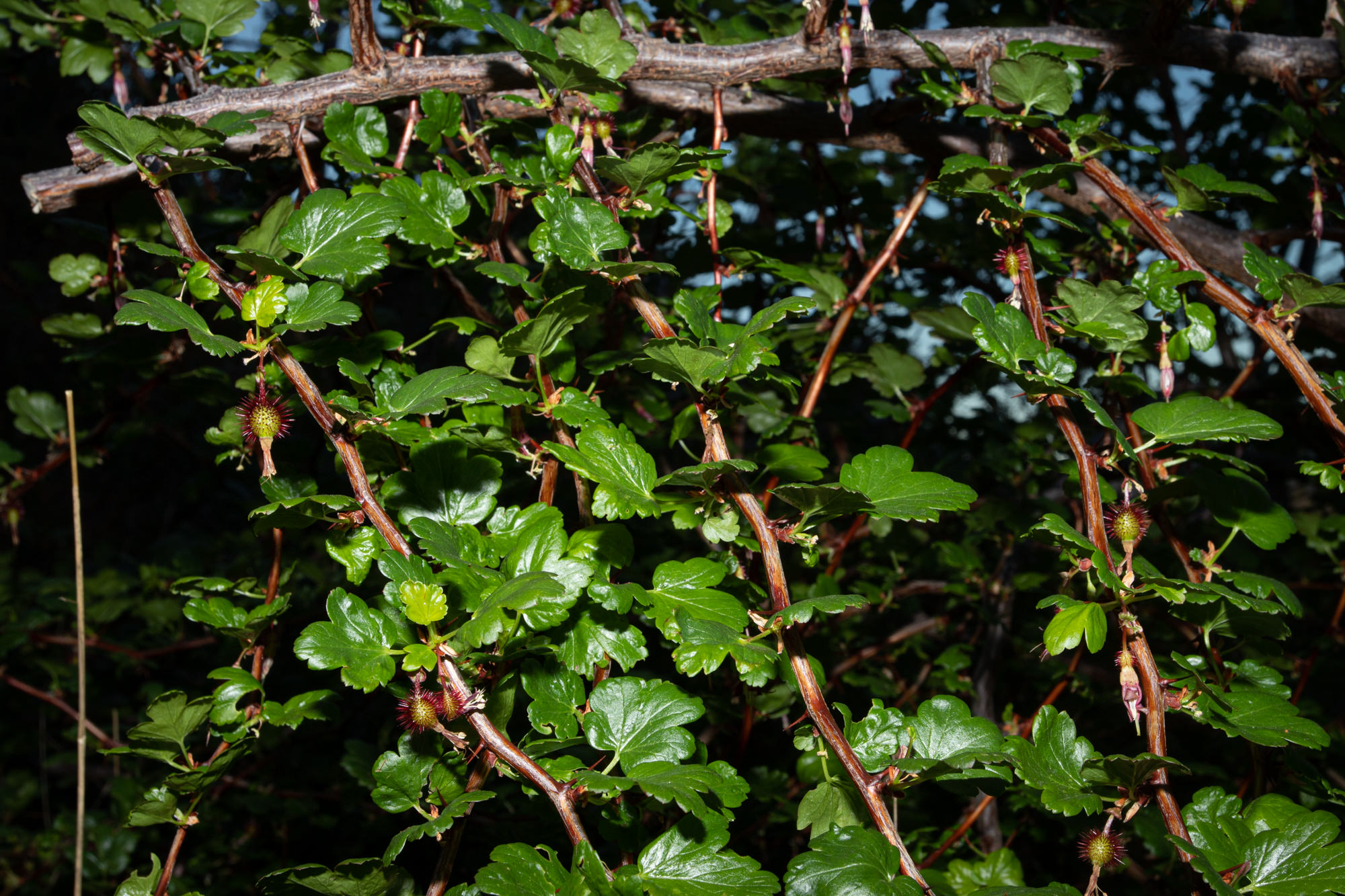 Ribes californicum, commonly called hillside gooseberry, is one of two gooseberry plants we have in the Santa Monica Mountains - Ribes speciosum is the other. Look for this plant in Upper Sycamore Canyon particularly on north-facing slopes. When there are no flowers on this plant it can be difficult to tell the species apart - look for the more numerous prickles on the Ribes speciosum. The gorgeous red (like red wine) and white flowers appear in January/February. This plant is endemic to California.

The bright red and white flowers appear in bundle of 1 to 3 in the leaf axils (angle between leaf and stem). They are up to an inch long and bristly. The flowers are pendant (they hang down) with the five sepals reflexed back. Five white petals and five anthers surround a branched style. The seed is even more bristly than the flower, and sticky to boot.

Woody stems, fall deciduous leaves (alternate) grow on a shrub that reaches 6 to 8 feet. Leaves appear in winter before blooming. The roundish three-lobed shiny green leaves are up to an inch and a half diameter and accompanied by spines on the stem. A word about those spines: they are as sharp as they look!

Ribes – from the Syrian or Kurdish ribas, meaning acid-tasting, which was derived from an old Persian word.
californicum – California

Contributed by George Sherman - A big thank you to Jon Sheldon for suggesting this plant! I have walked the trail where we found this plant many dozens of times and walked right by. Jon's timing was perfect and he sent me an image of the plant.

Other Featured Plants in the Grossulariaceae (Gooseberry) Family:
Hillside Gooseberry - Plant of the Month for: March 2023
Last modified: February 22 2021 14:08:37.