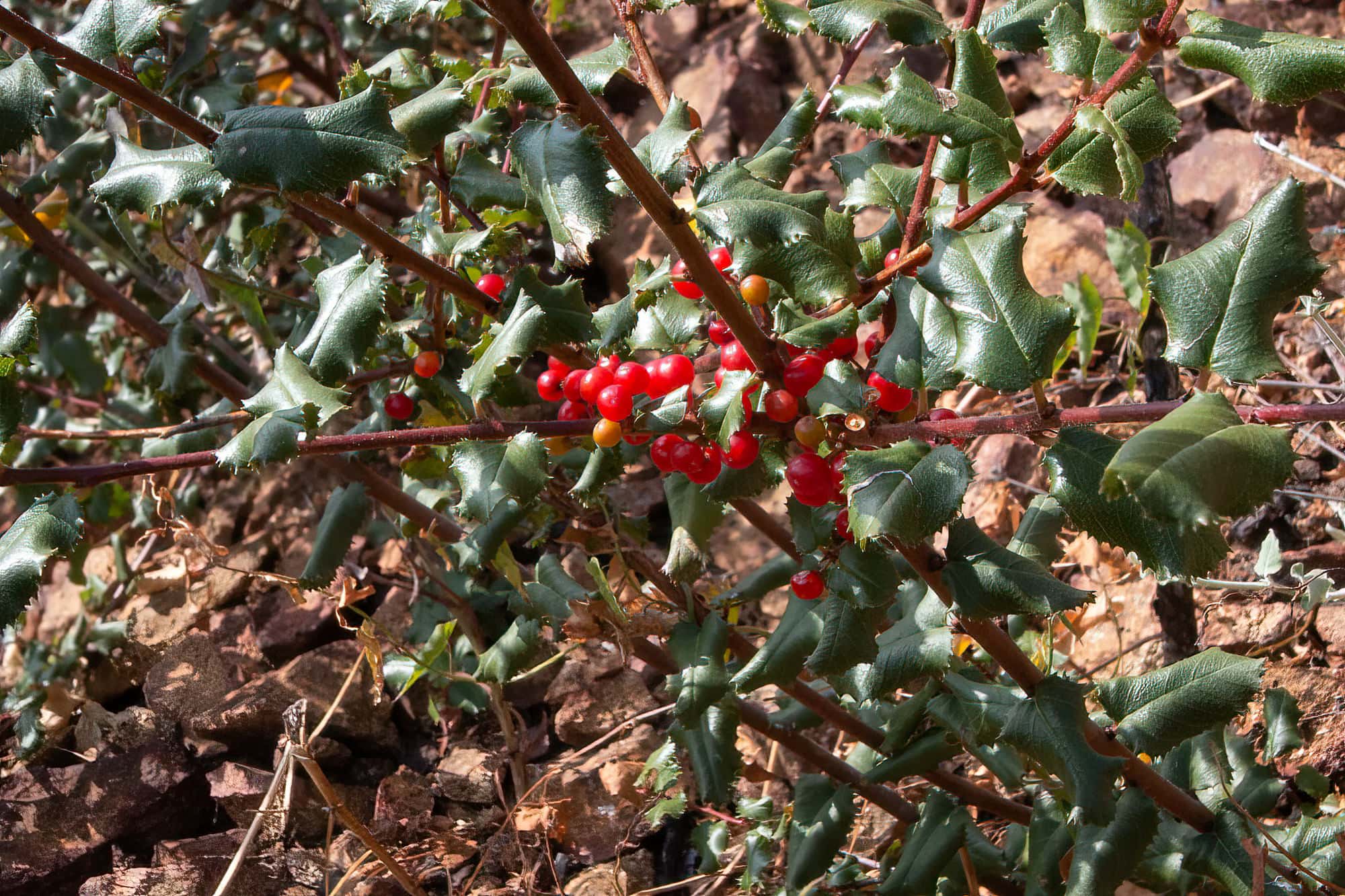 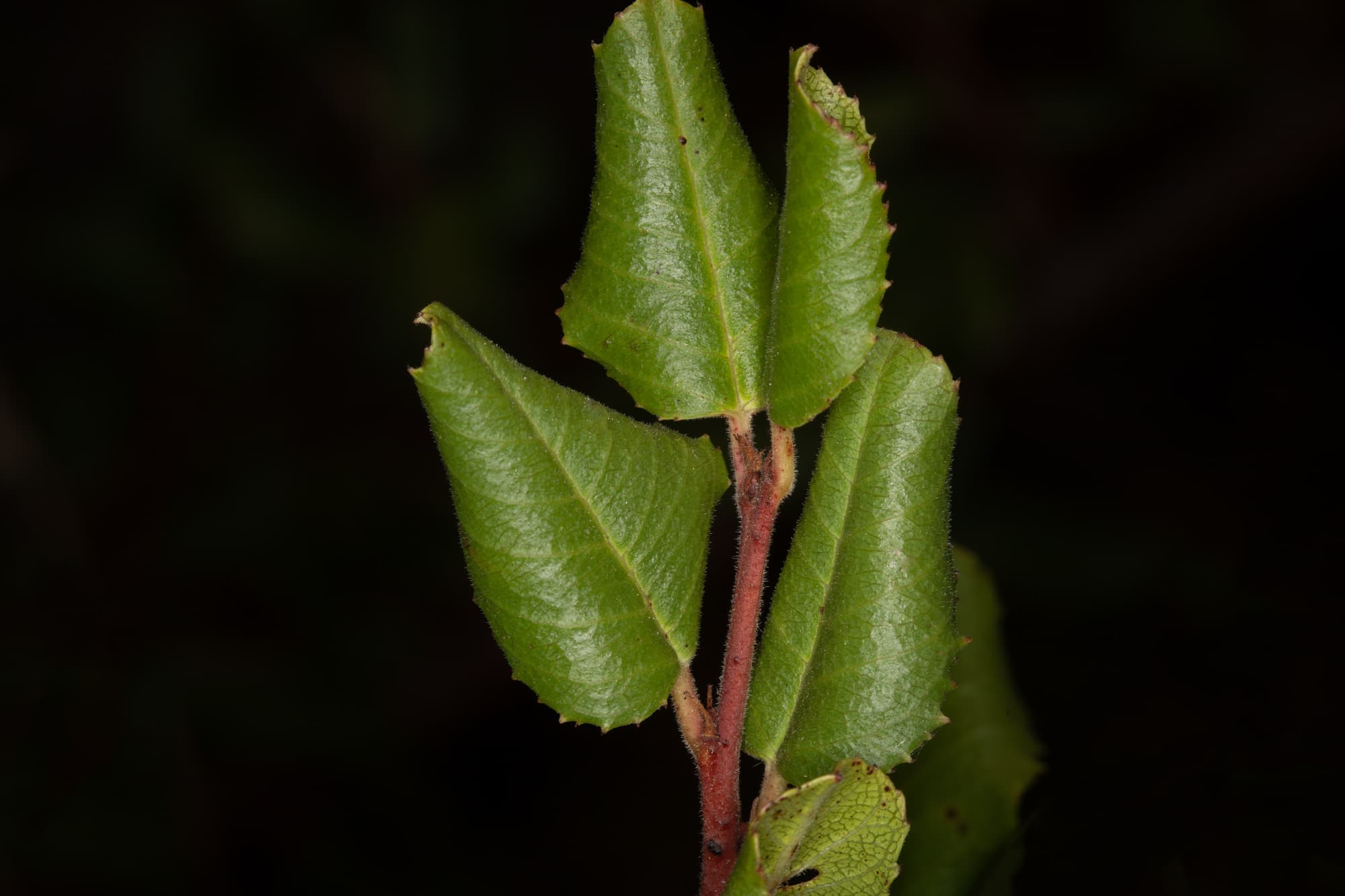 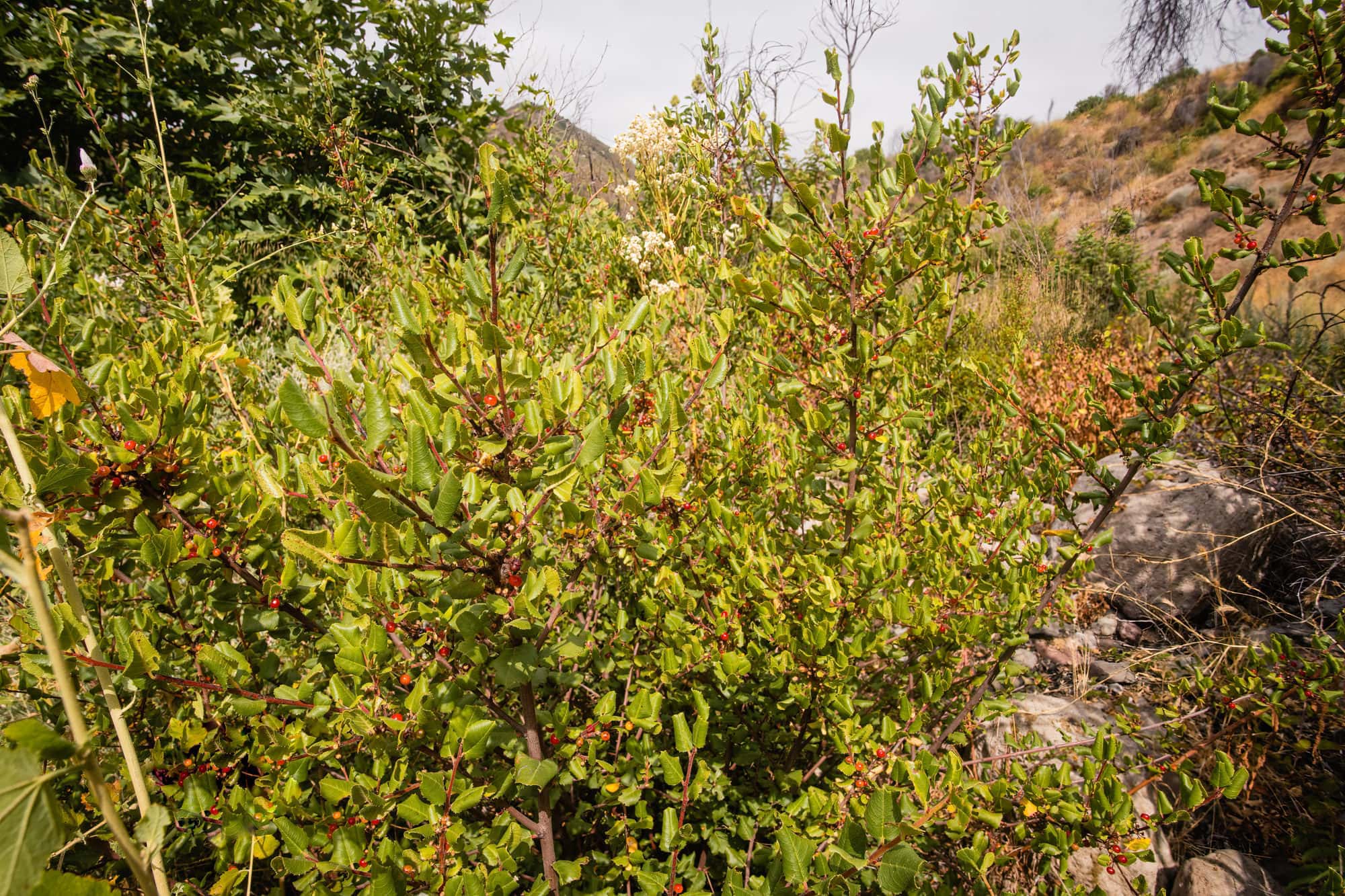 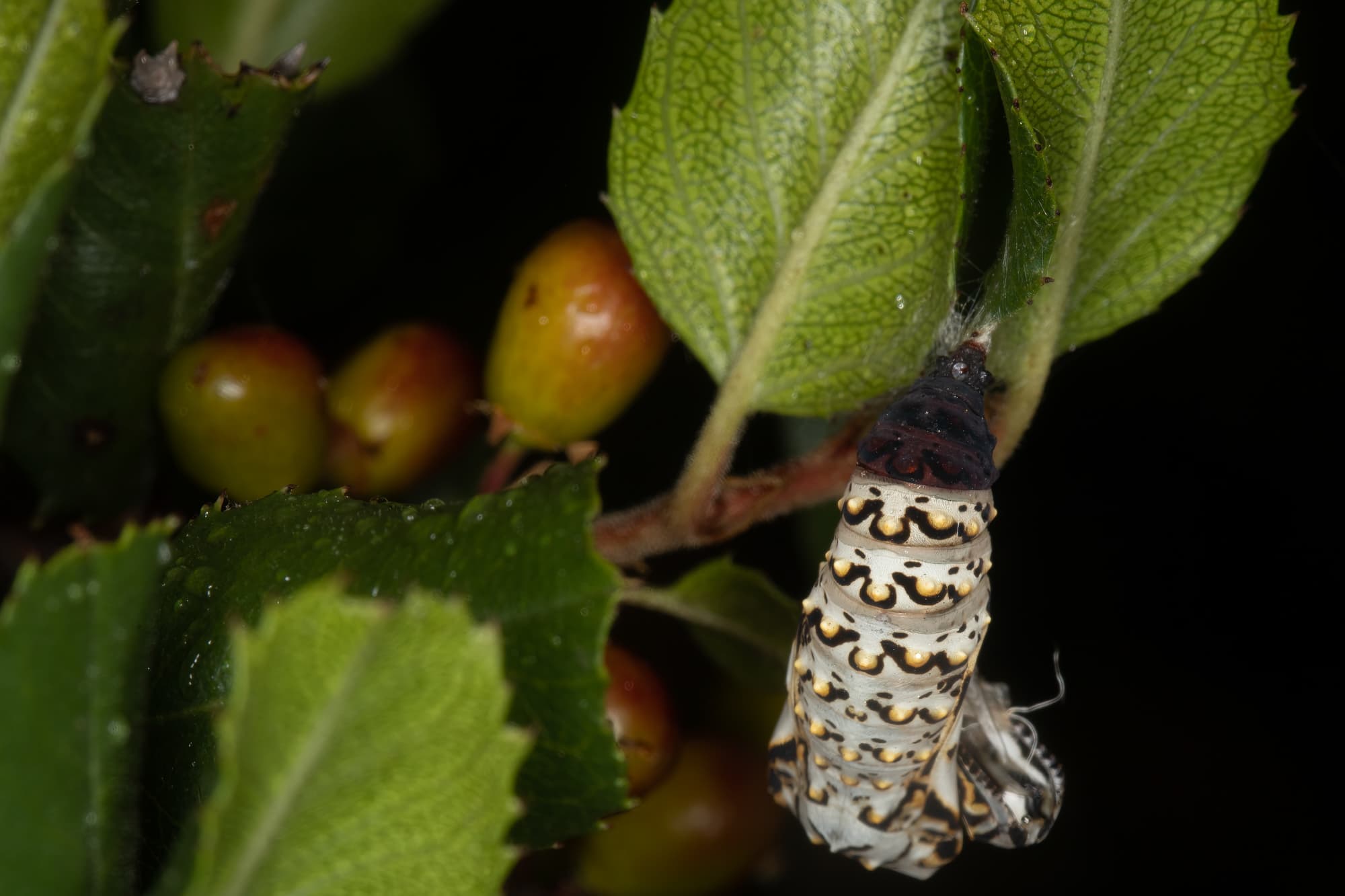 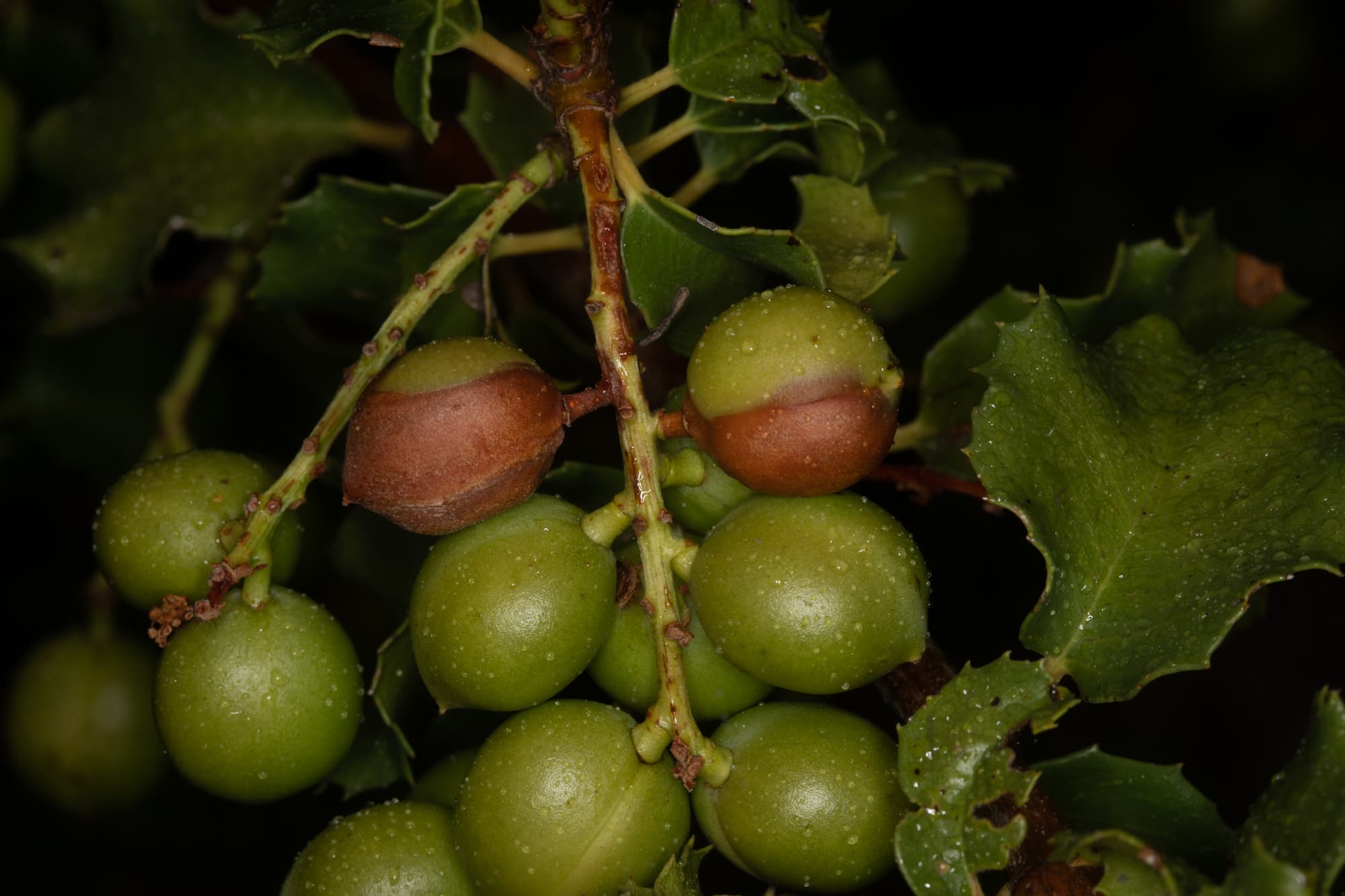 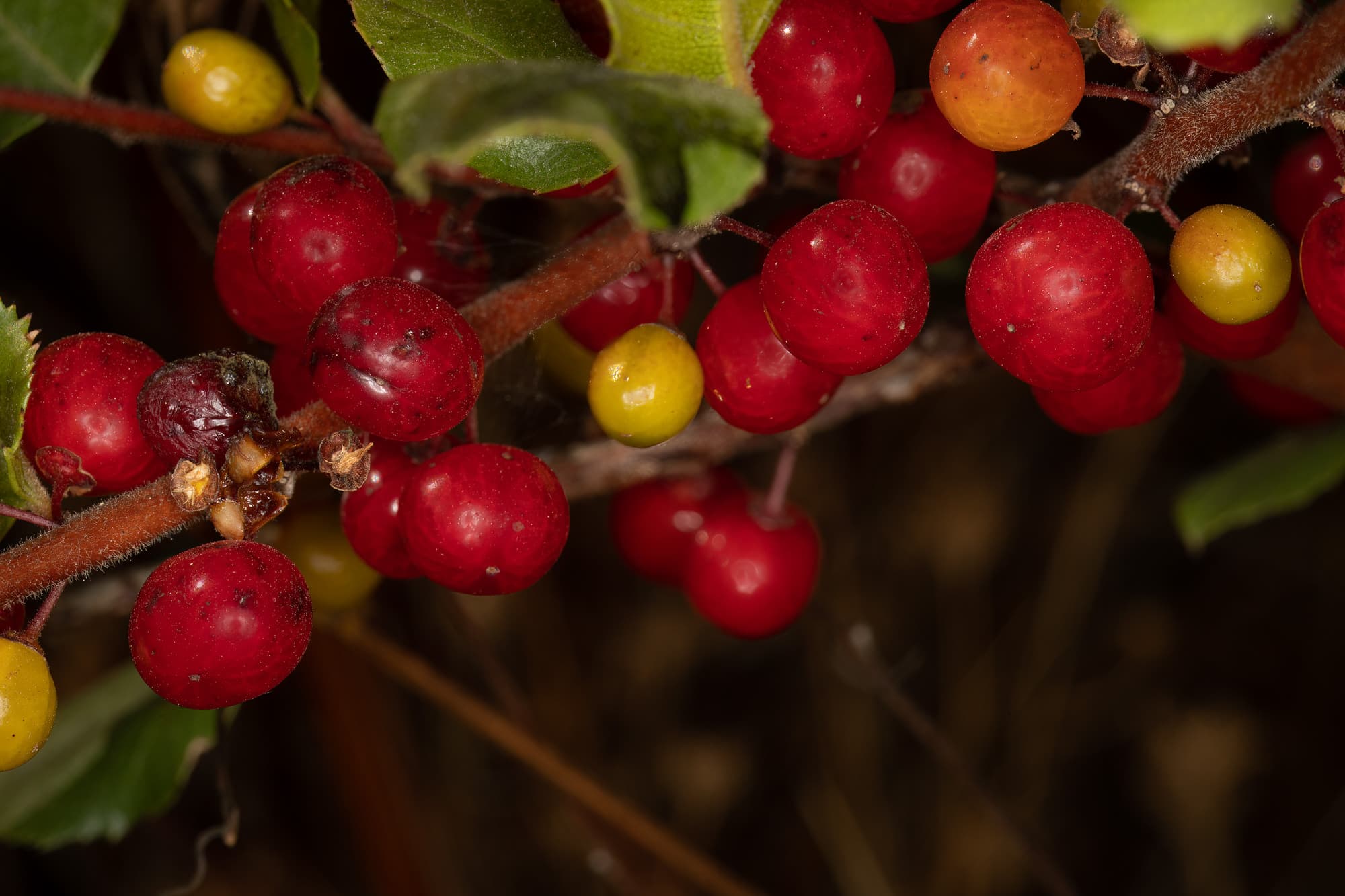 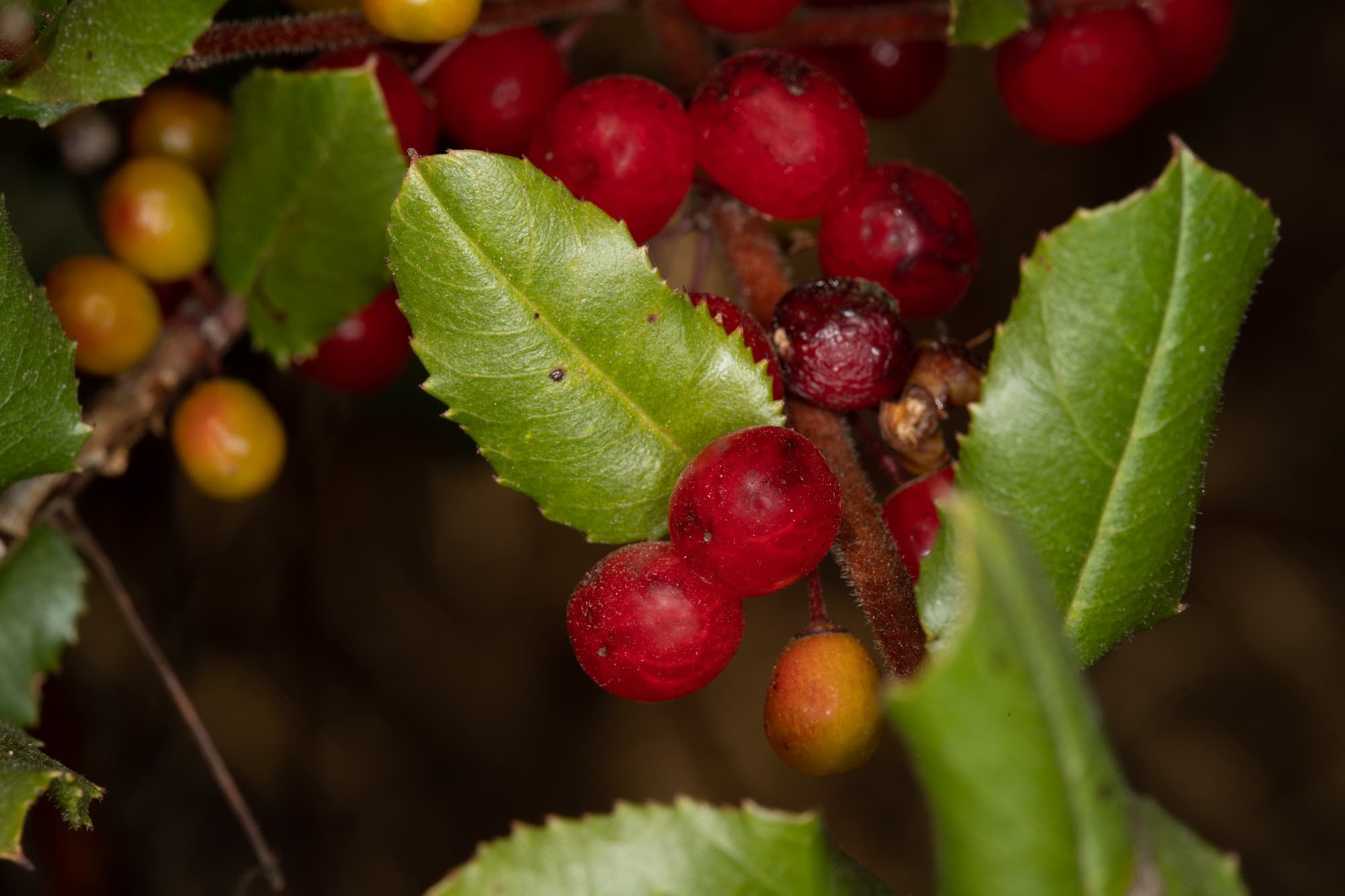 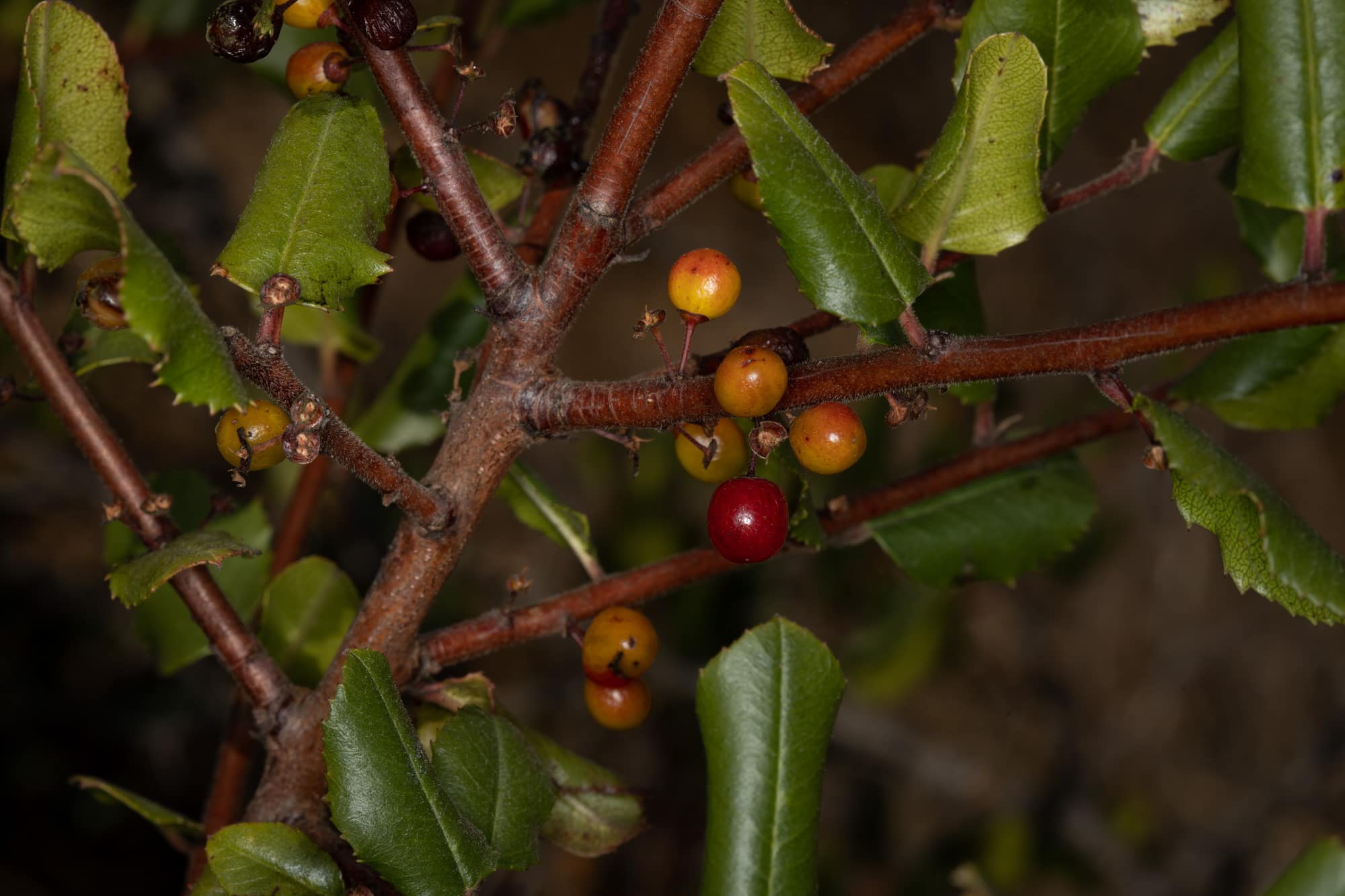 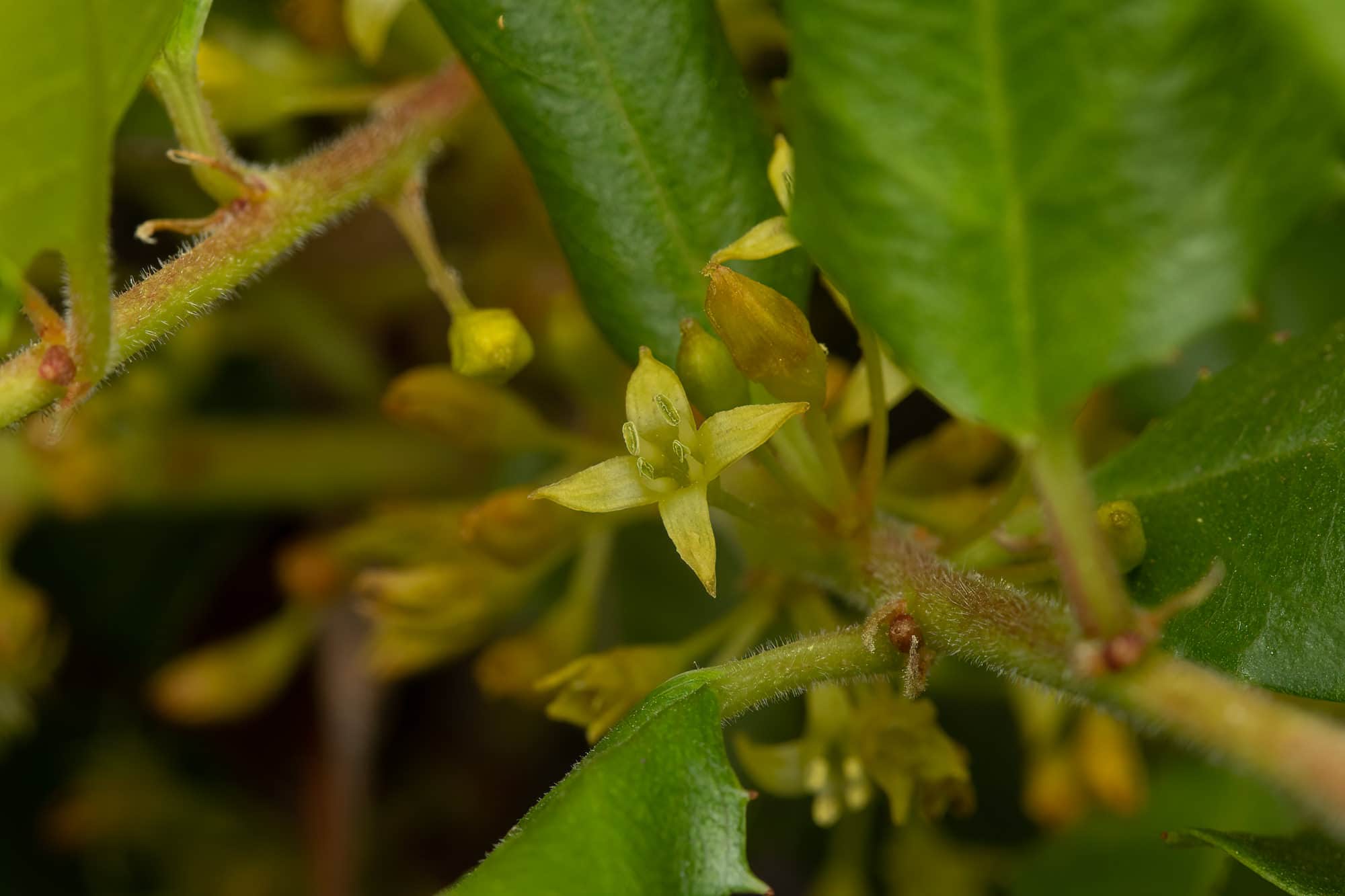 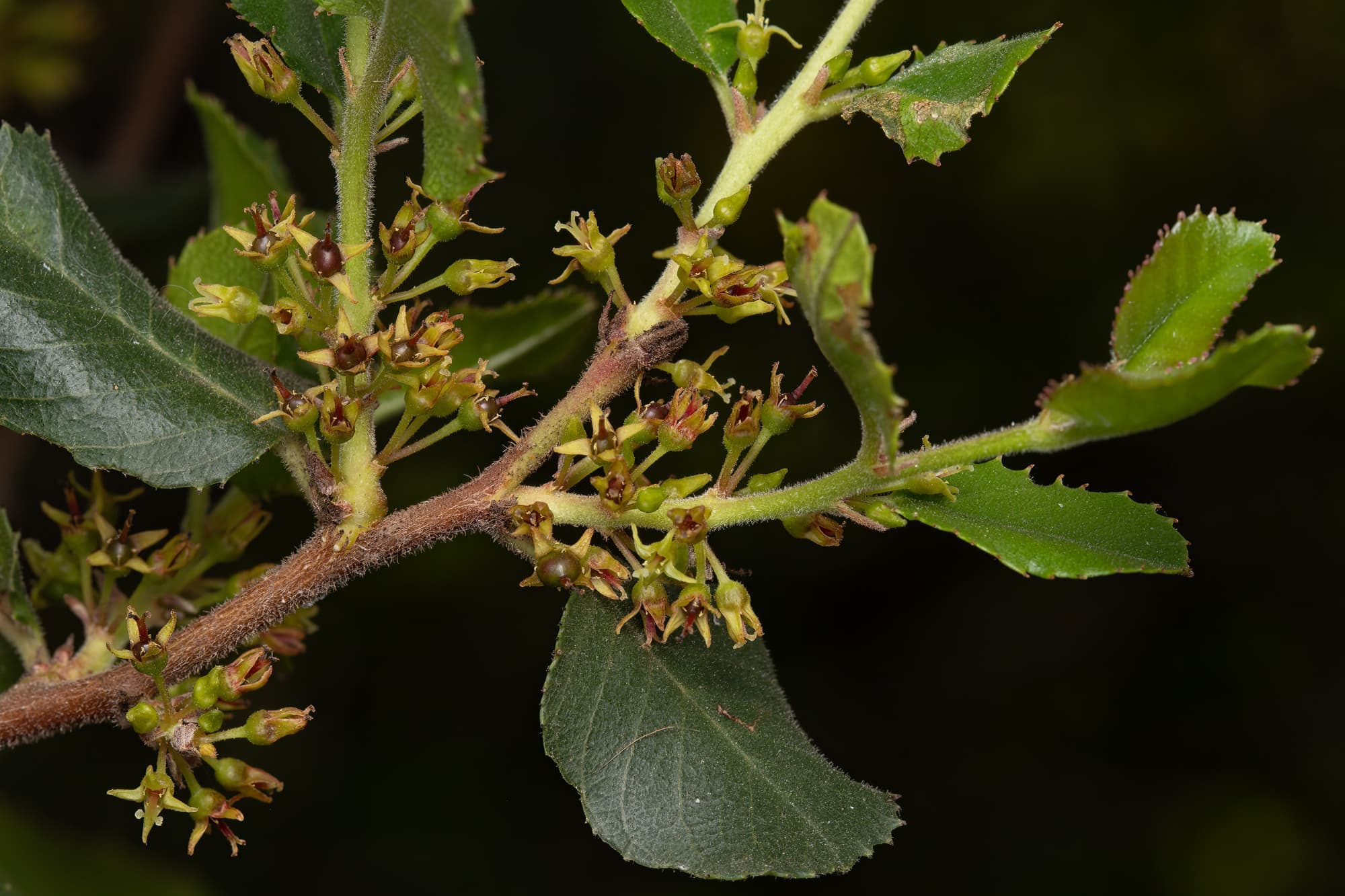 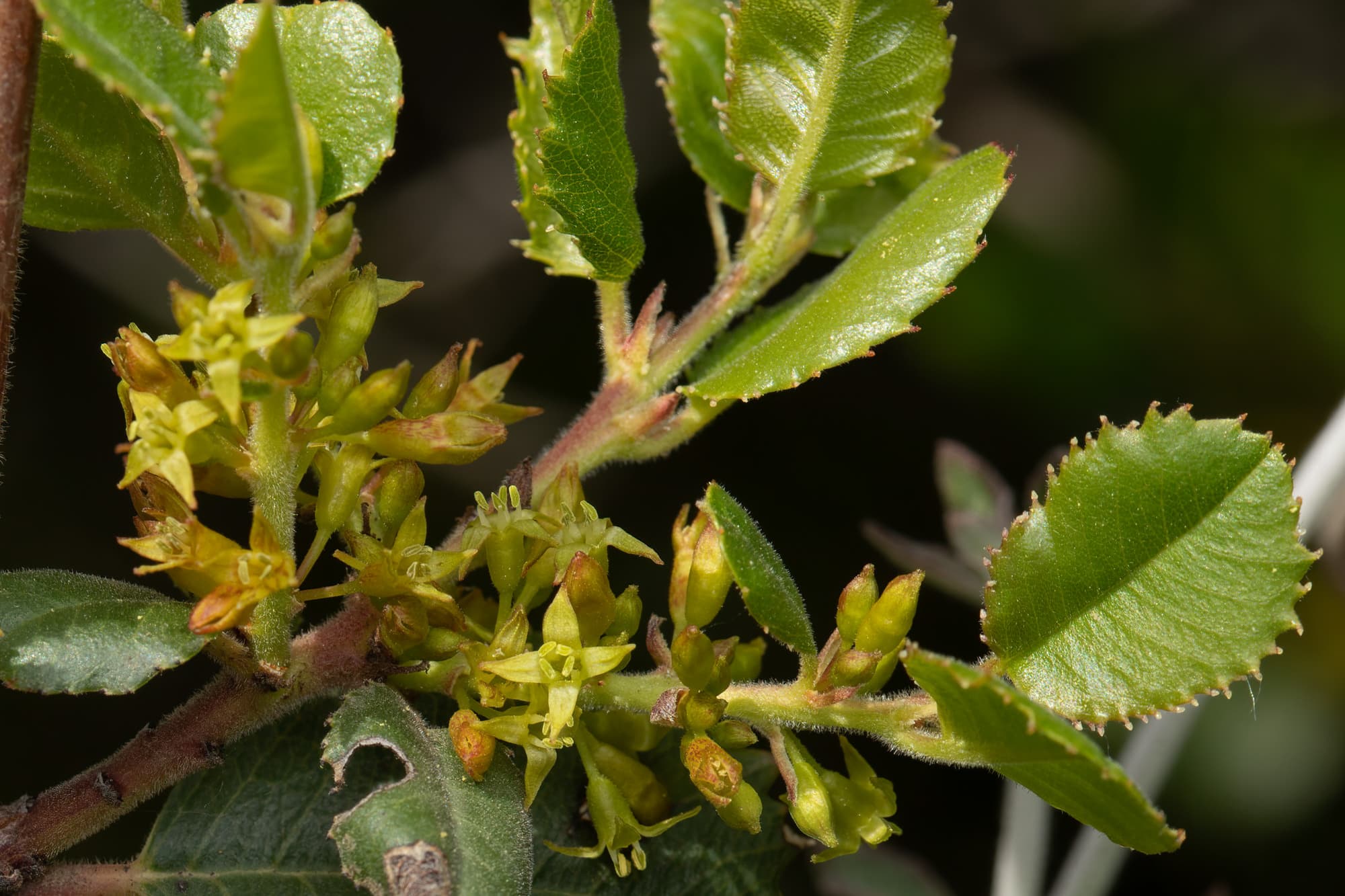 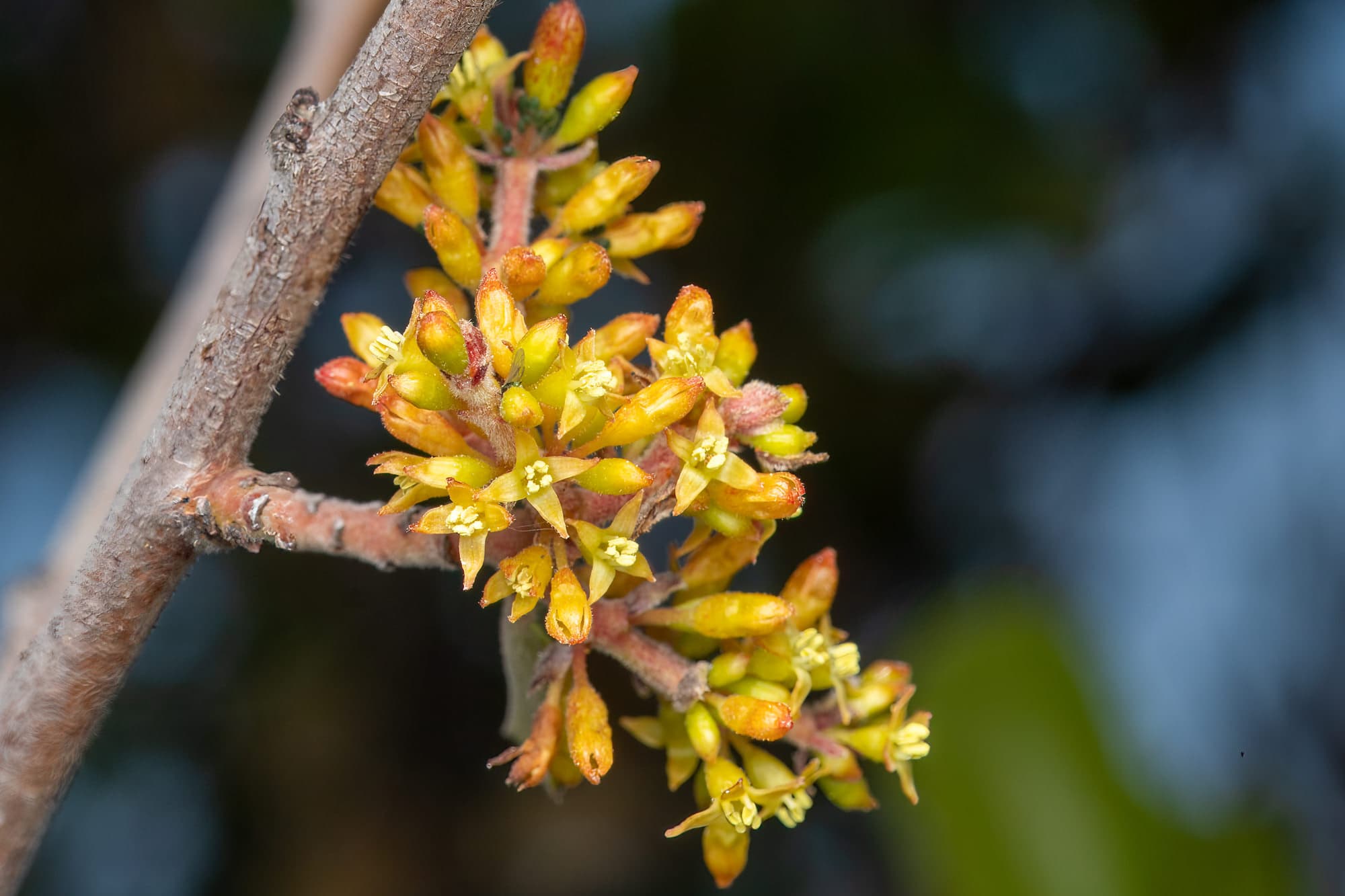 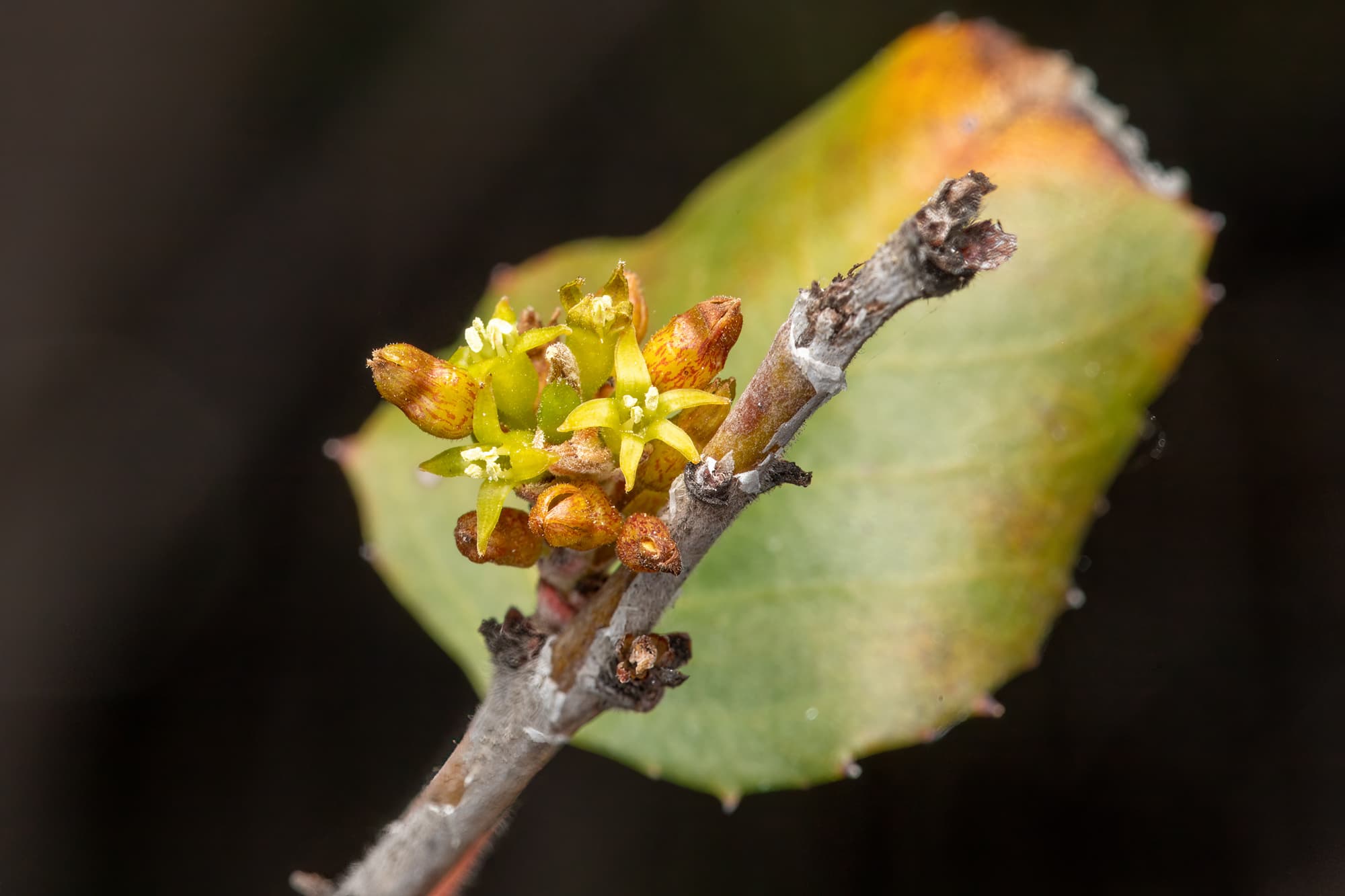 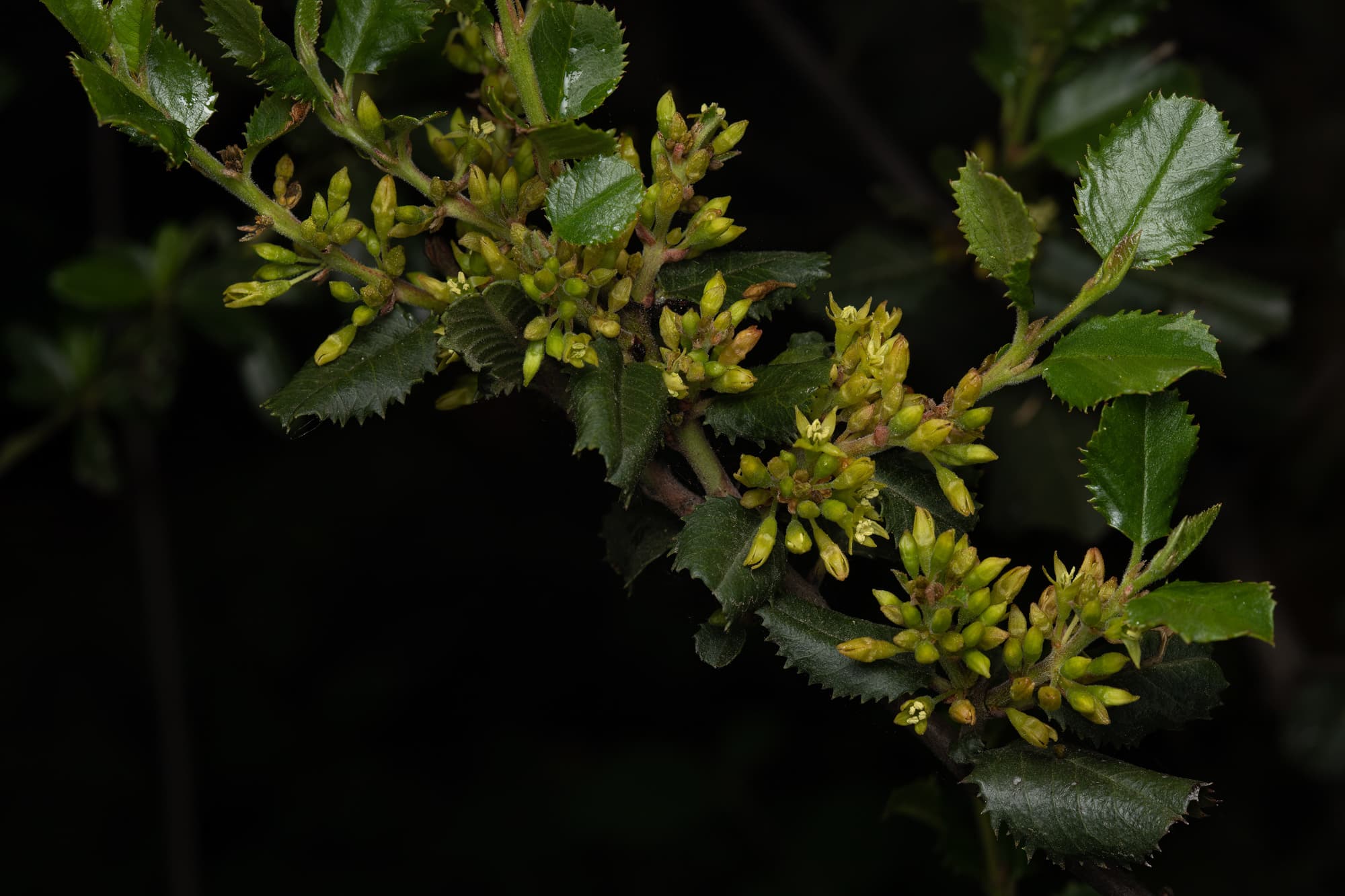 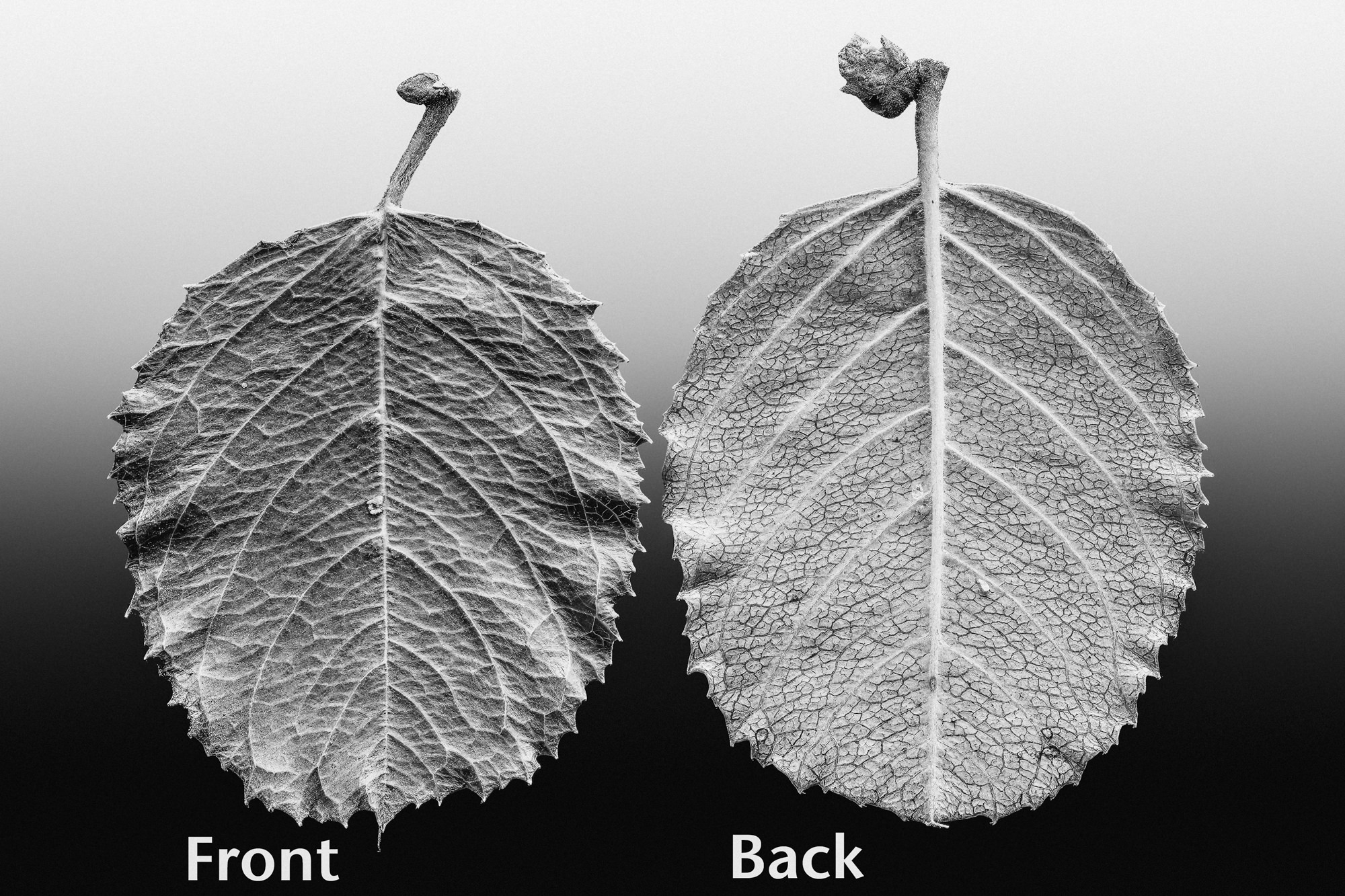 Hollyleaf redberry (Rhamnus ilicifolia) is a native shrub that grows in the foothills and mountains of southern California at elevations from 500 - 6600 feet. It was formerly considered a subspecies of Rhamnus crocea (spiny leaf red berry) but is now considered a separate species. This shrub ranges from four to 13 feet tall. This plant is common alongside many trails and your ability to identify it shows that you are becoming more skilled observing our native plants! This shrub requires looking at the leaves, flowers and fruits before making an identification. Look for evergreen leaves with small fine teeth and a somewhat oval shape. Densely branched plants provide cover and food for a variety of wildlife. Lots of tiny flowers and small red berries make this plant a favorite of pollinators, birds and wood rats.

After a fire, this plant vigorously crown sprouts and the seeds are known to readily re-sprout as well - giving the plant an advantage over other plants that lack this ability.

Flowers are small, lack petals (they do have sepals) and are greenish in color. The source I used indicates the plant is dioecious (separate male and female plants). Interestingly both plants have flower parts that do not work. Pollen is not produced on female plants and pistils do not mature on the make plants. Somehow it all works!

Leaves alternate on the stem and often are normally flat in shape before eventually curling under.

This plant is not too hard to grow on rocky slopes, or at least with rocks surrounding it. Preferring part shade in the drier parts of its range and able to tolerate summer water up to 1x per month. Once established, it's usually happiest without any supplementary water. Under ideal circumstances, it can grow from a 1 gallon container to 3 feet tall in 2 years producing beautiful red berries in the spring.

Rhamnus: an ancient Greek name for the buckthorn. The genus Rhamnus was published by Carl Linnaeus in 1753.
ilcifolia: having leaves like holly
www.calflora.net is the source of this info.