Plant of the Month - Indian Warrior 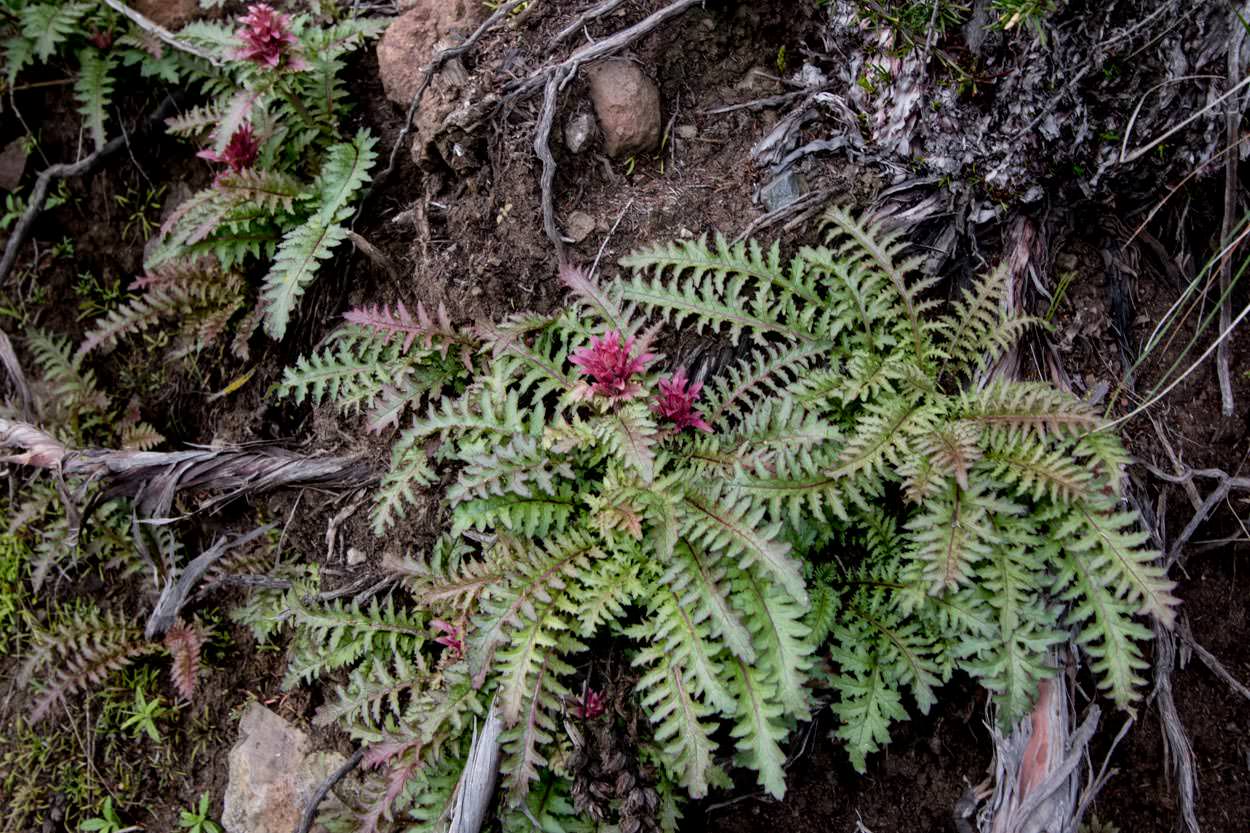 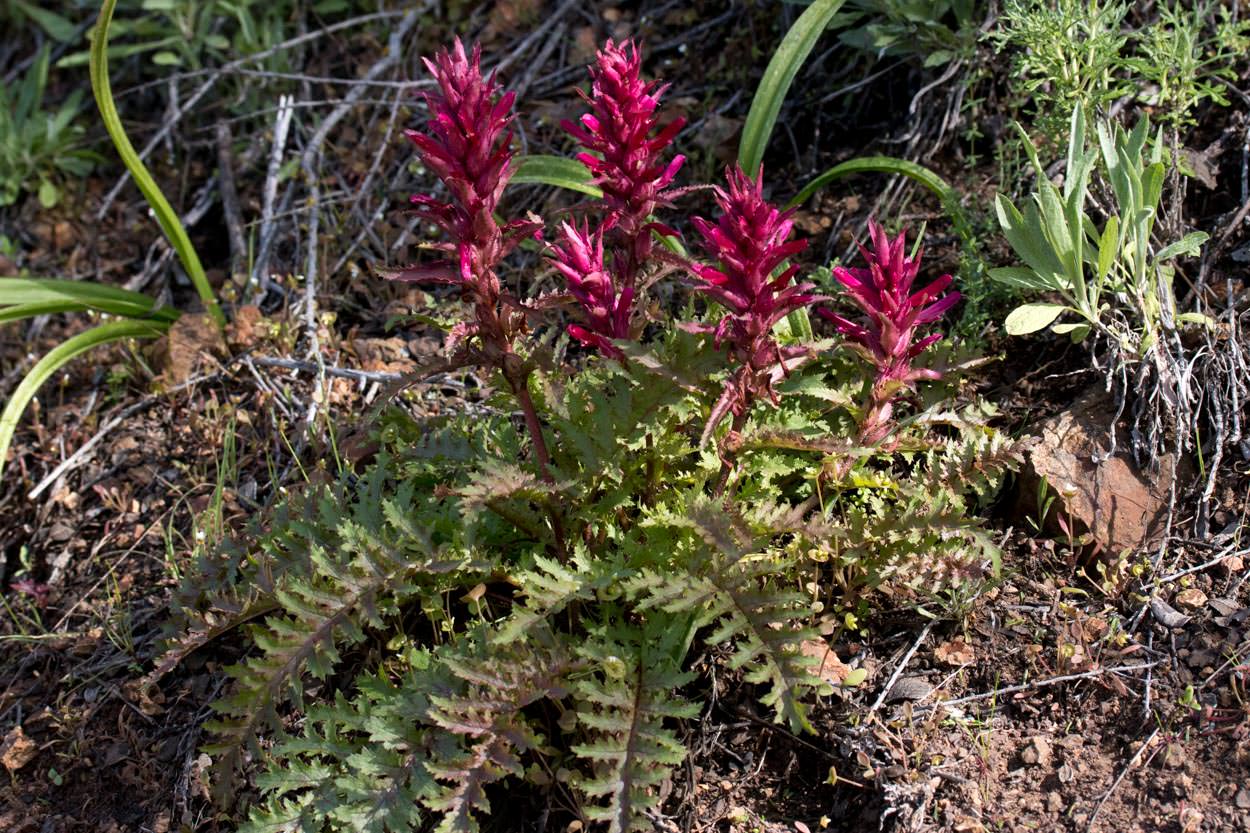 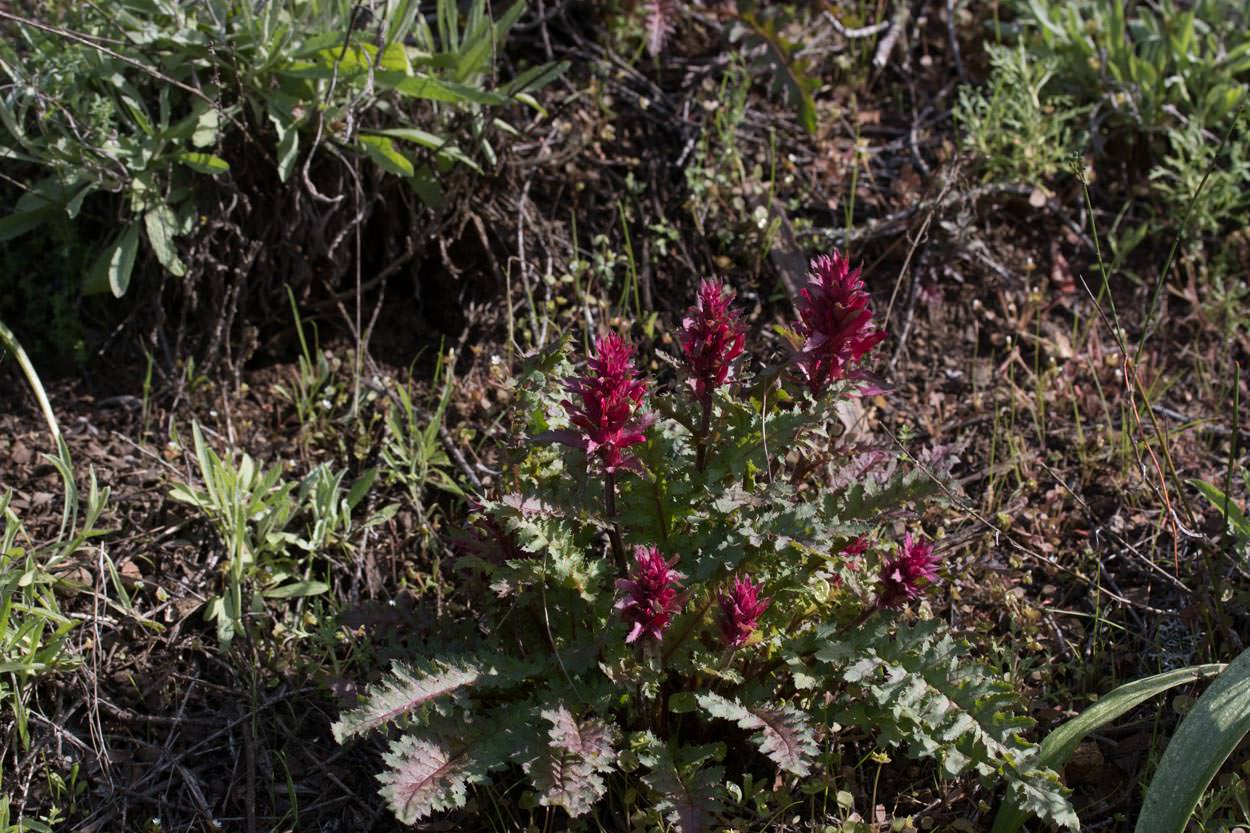 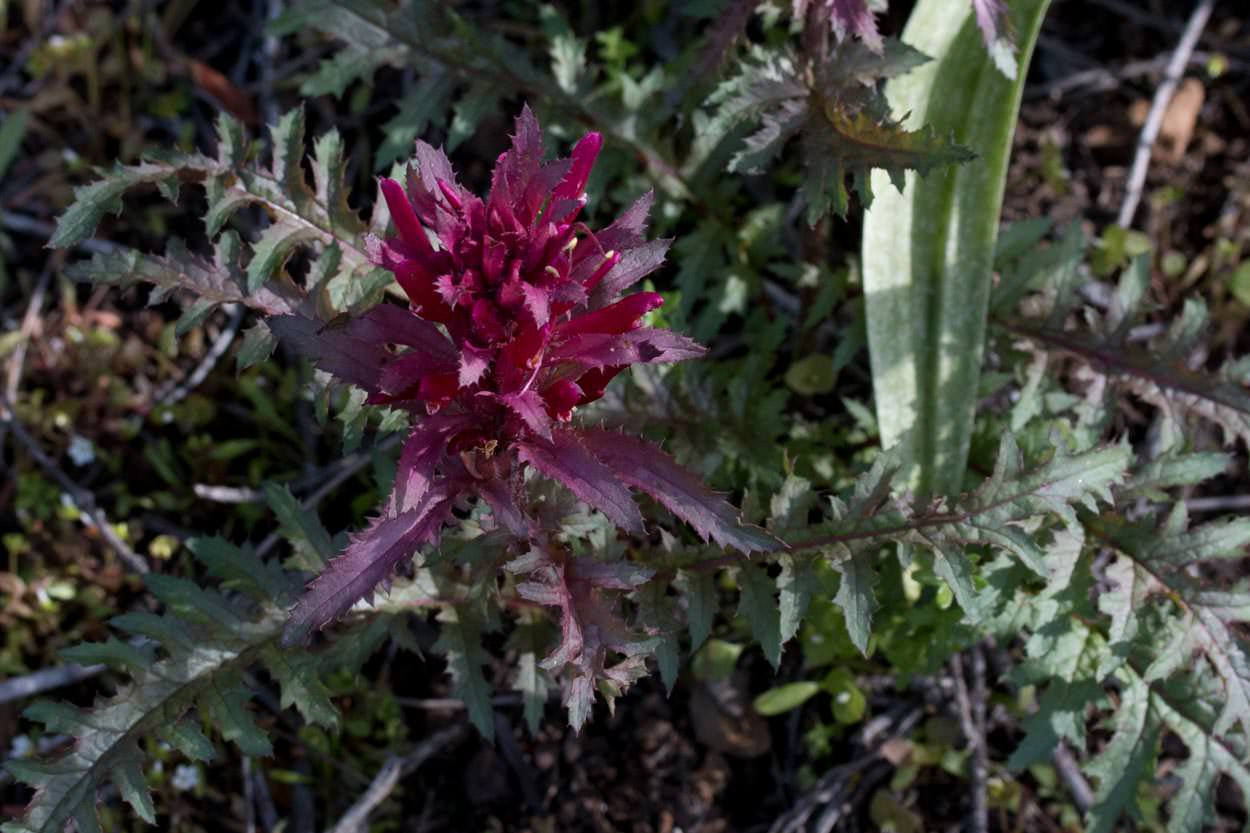 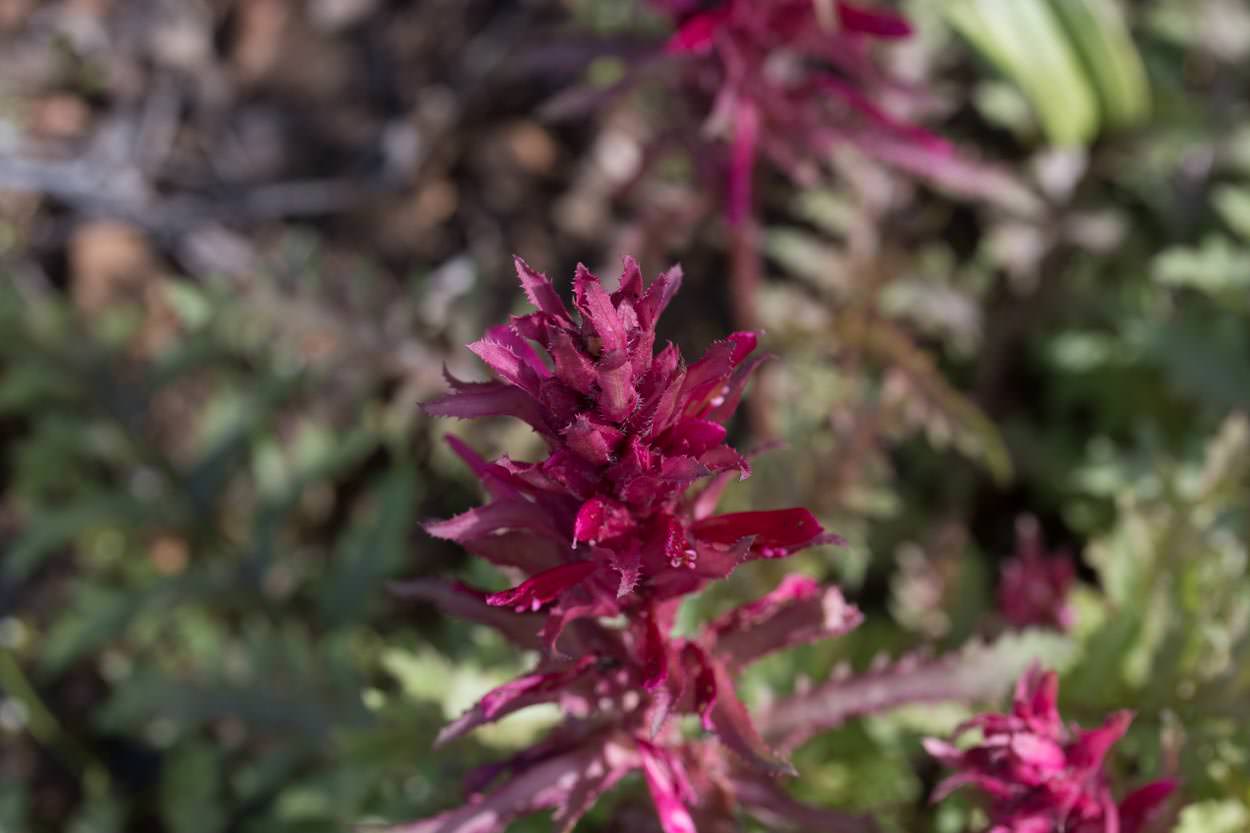 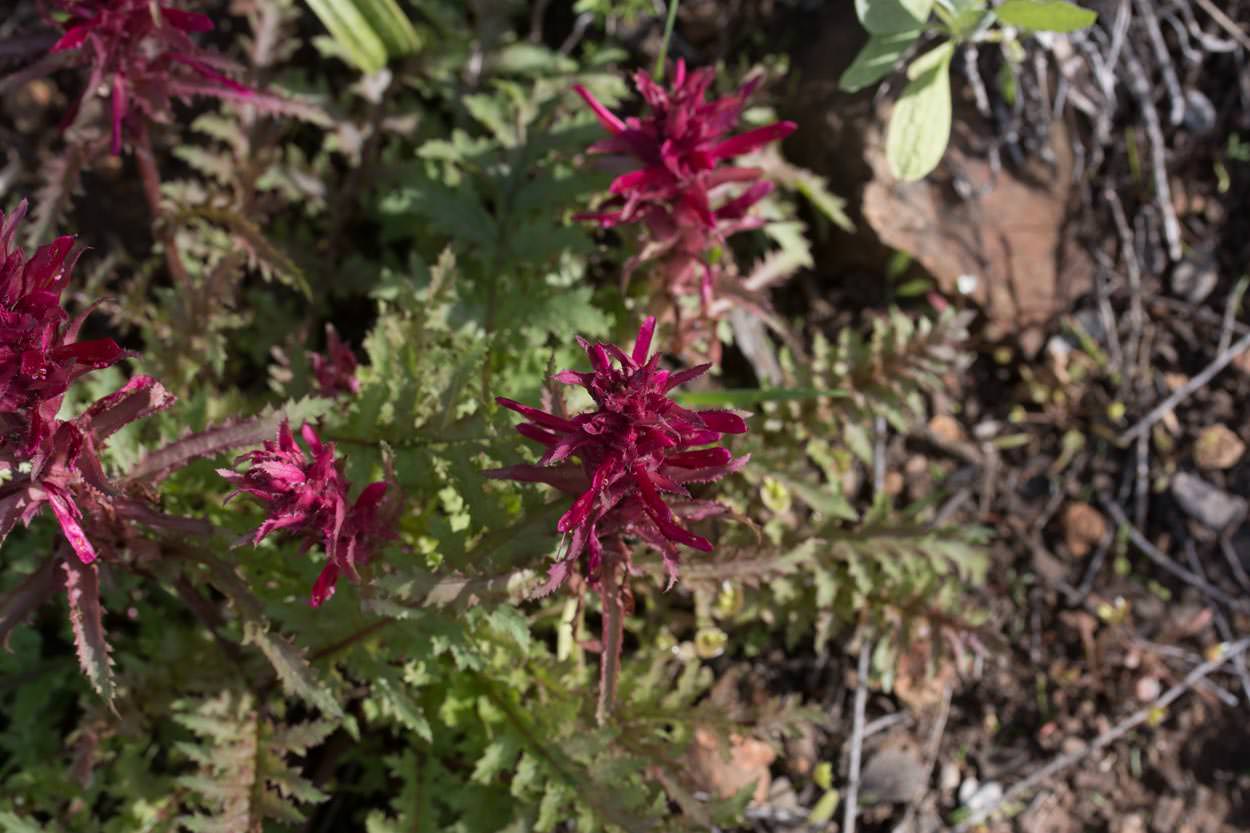 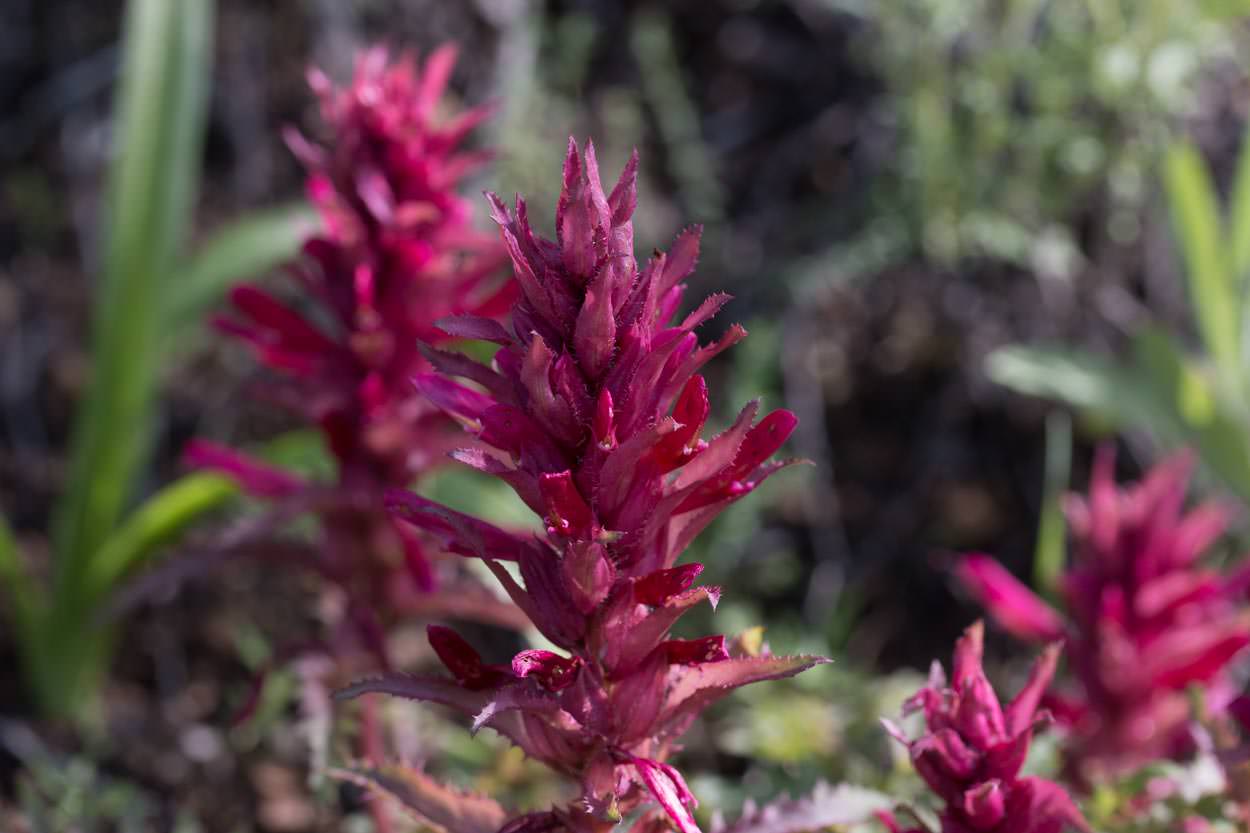 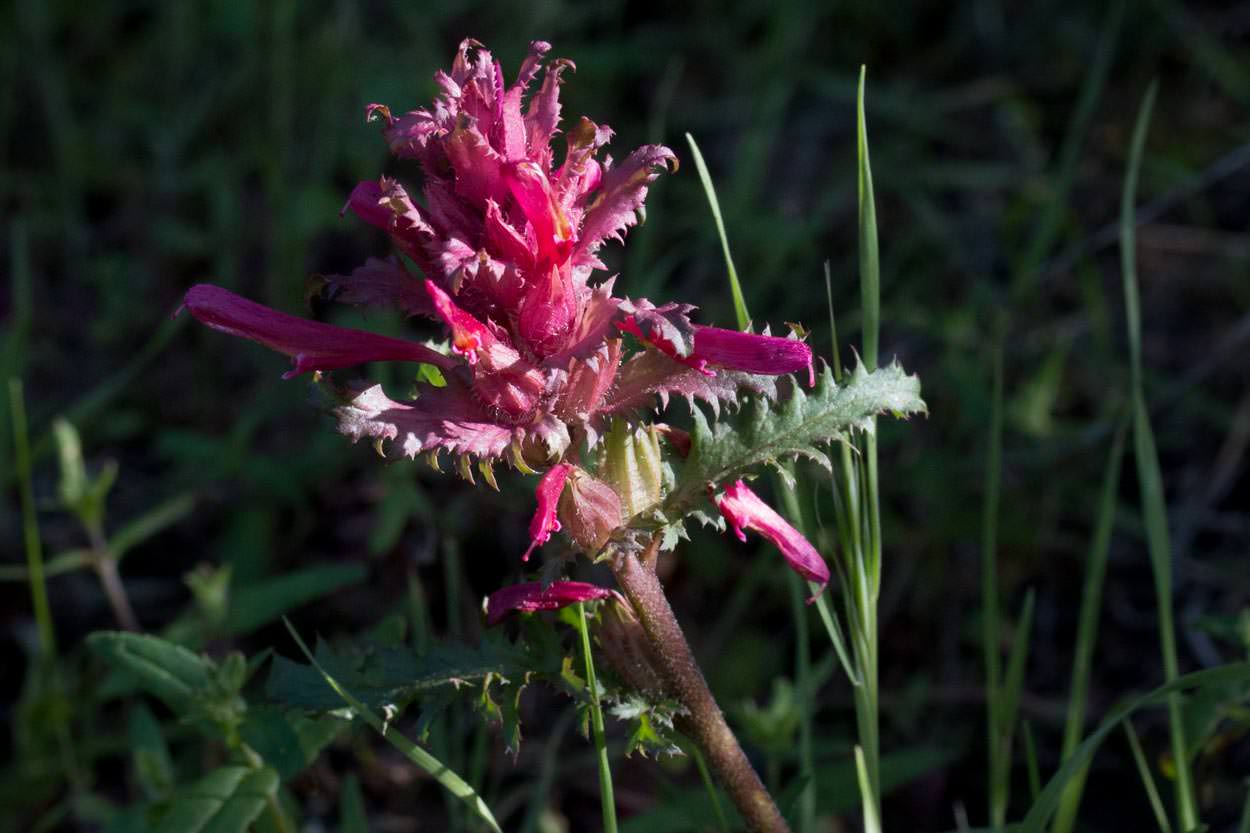 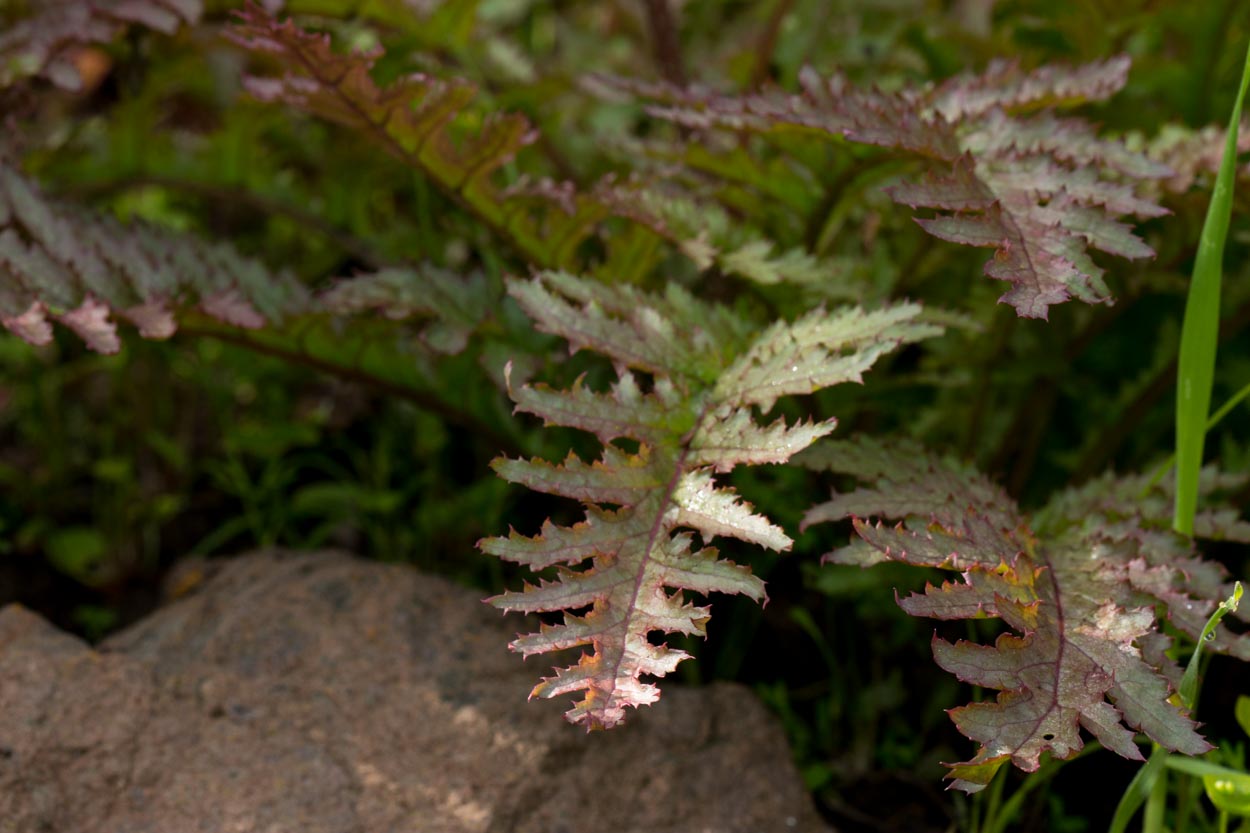 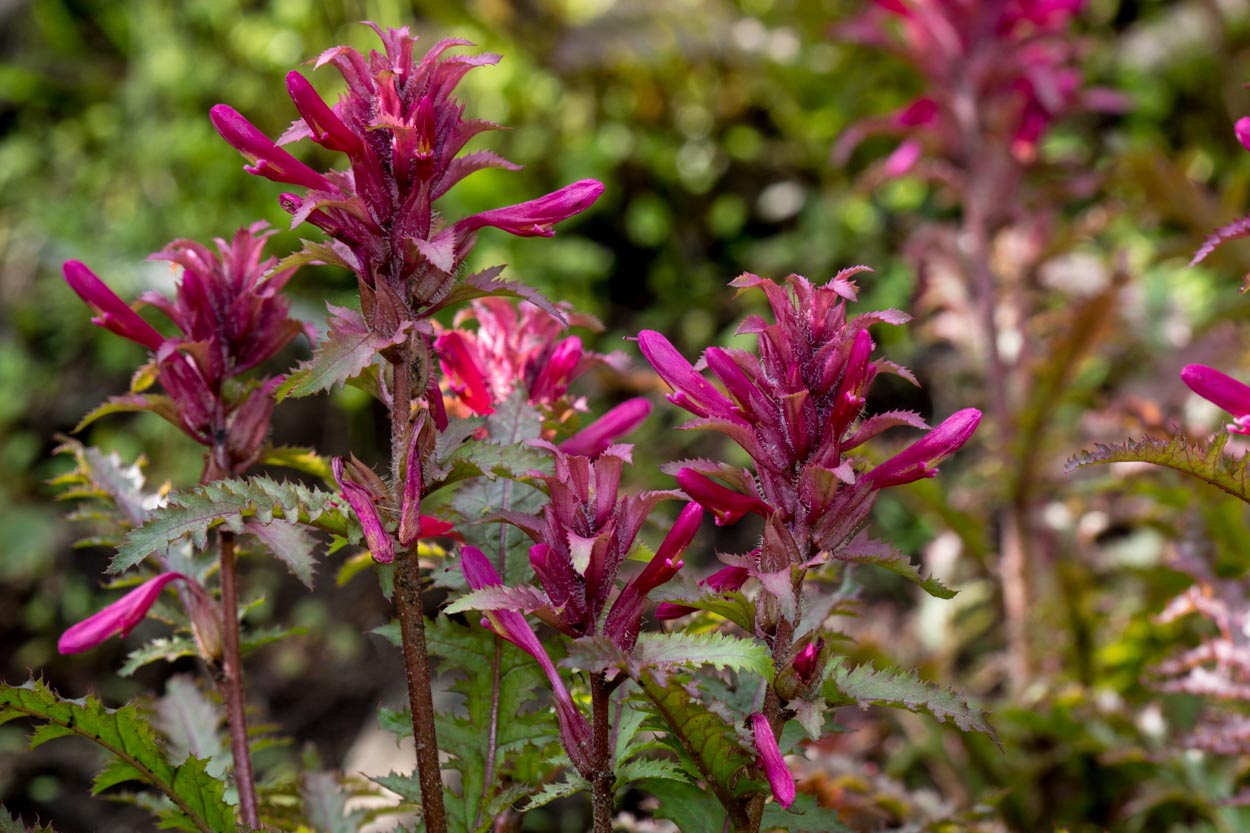 Indian Warrior is a low-growing plant with dense, deep-red or fuschia flower stalks. It normally appears in colonies and blooms from February through April - rain is a the big variable here causing earlier or later blooms.

The leaves are up to six inches long, mostly basal and fern shaped. When rainfall has been abundant, the plant is especially prolific. It is sometimes parasitic, usually attracted to the roots of manzanita if available.

The genus name Pedicularis means "louse" - it was once thought that the plant spread lice to cattle. The species name densiflora means (not surprisingly) "densely flowered". It is sometimes grouped into the broomrape family (Orobanchaceae) instead of the Figwort family. Medicinal uses of the plant have included relaxing tired muscles and addressing nerve pain. It also has a psychoactive use - the buds and flowers are sometimes smoked and used as a mild sedative.