Plant of the Month - Rattlesnake Weed 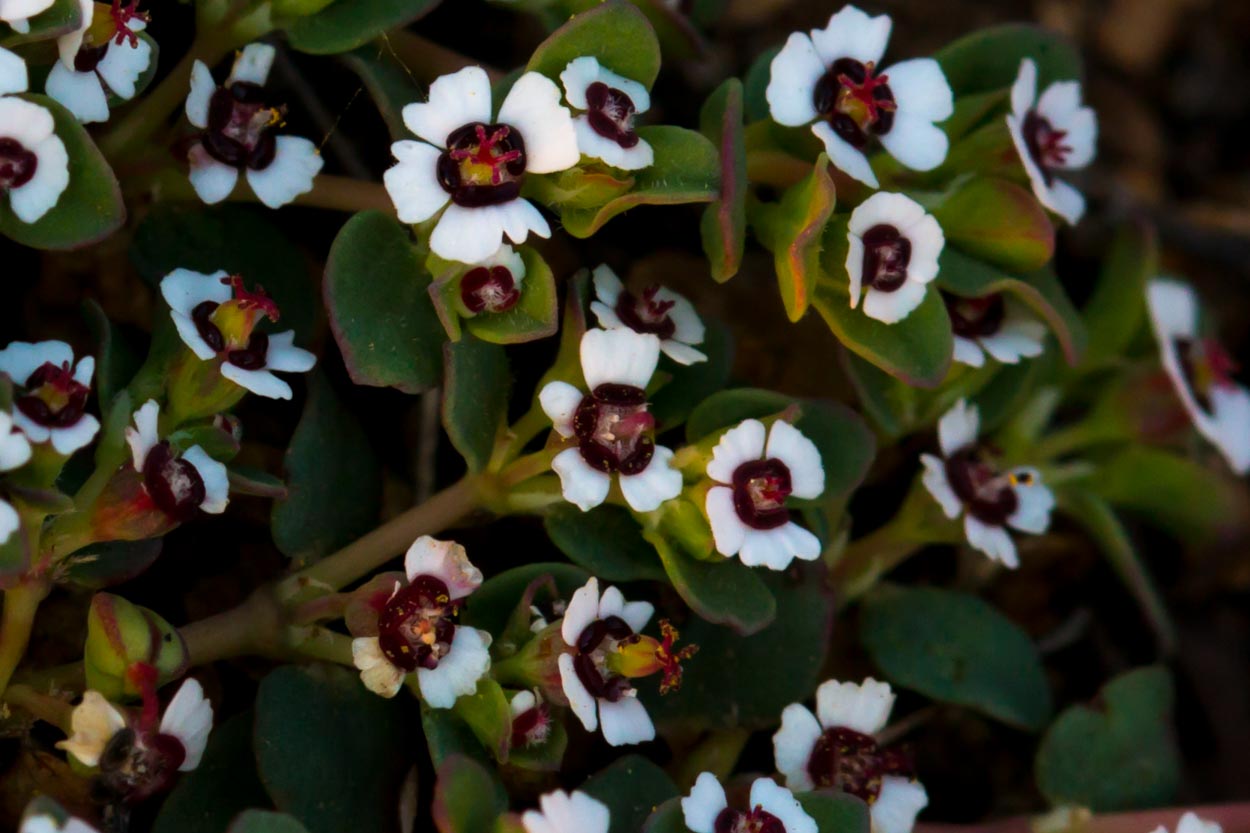 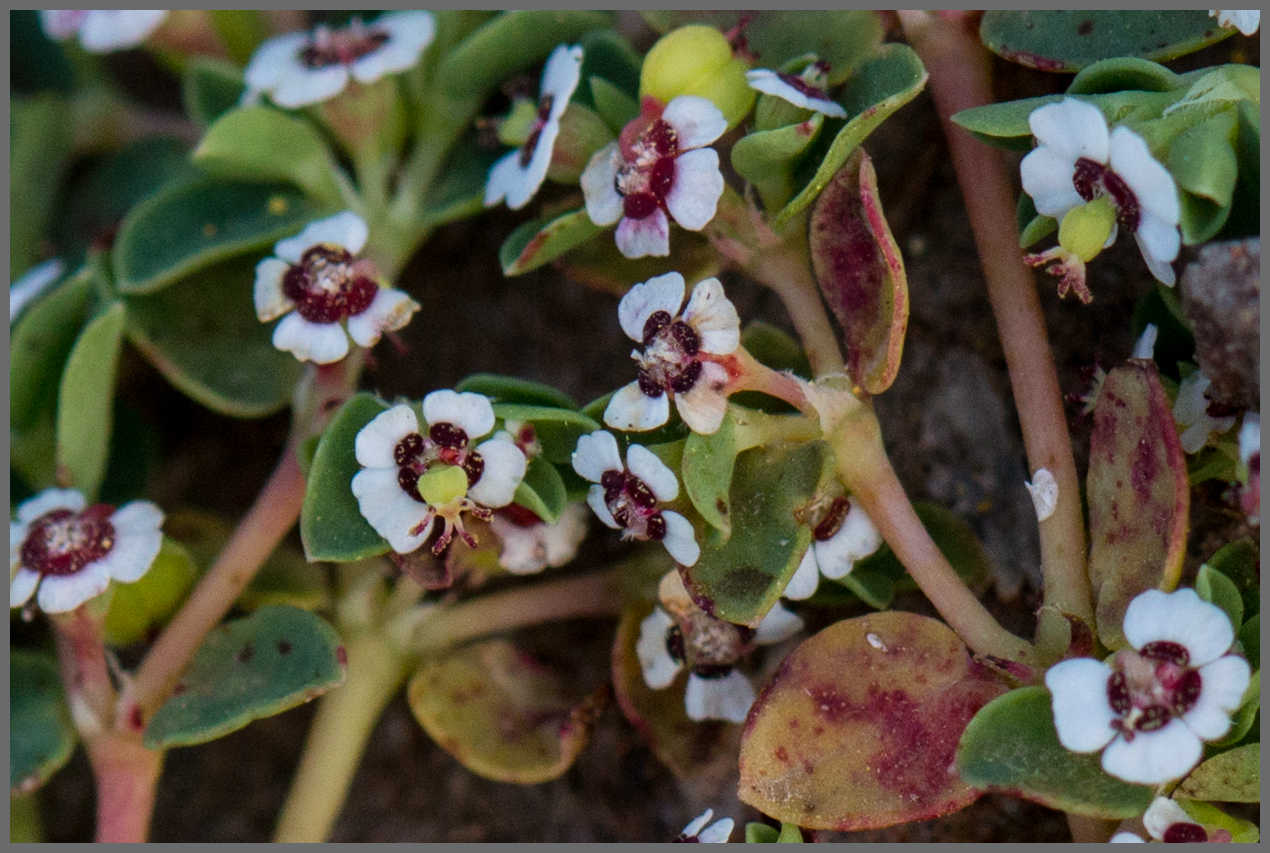 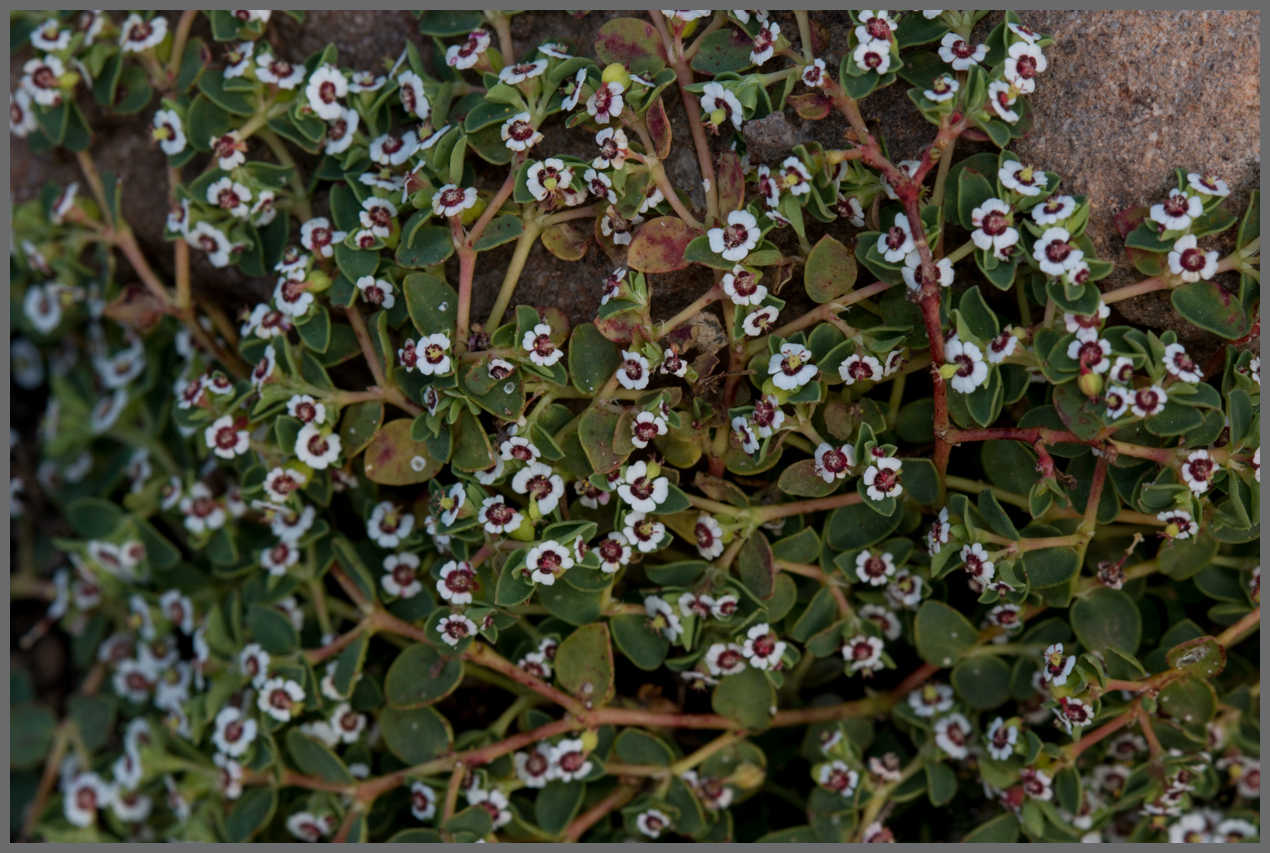 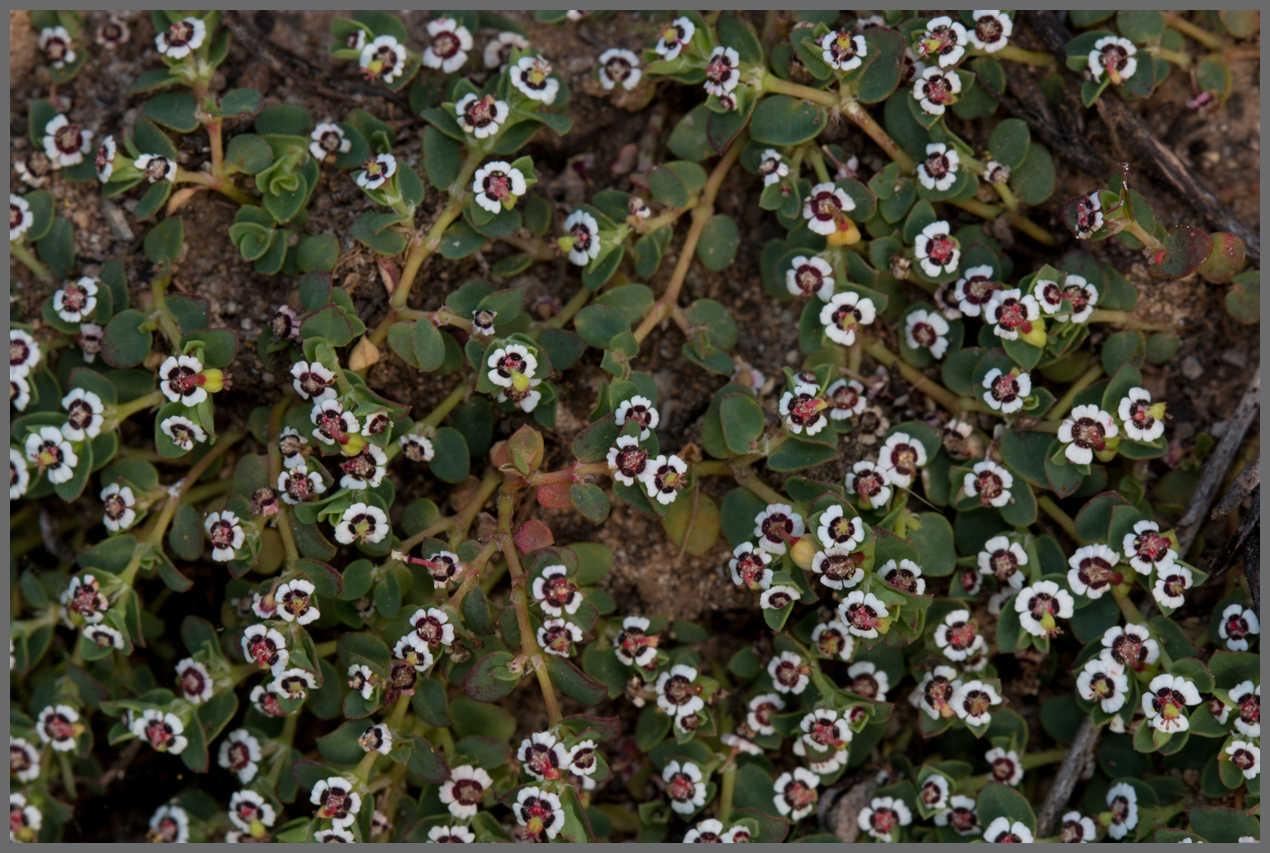 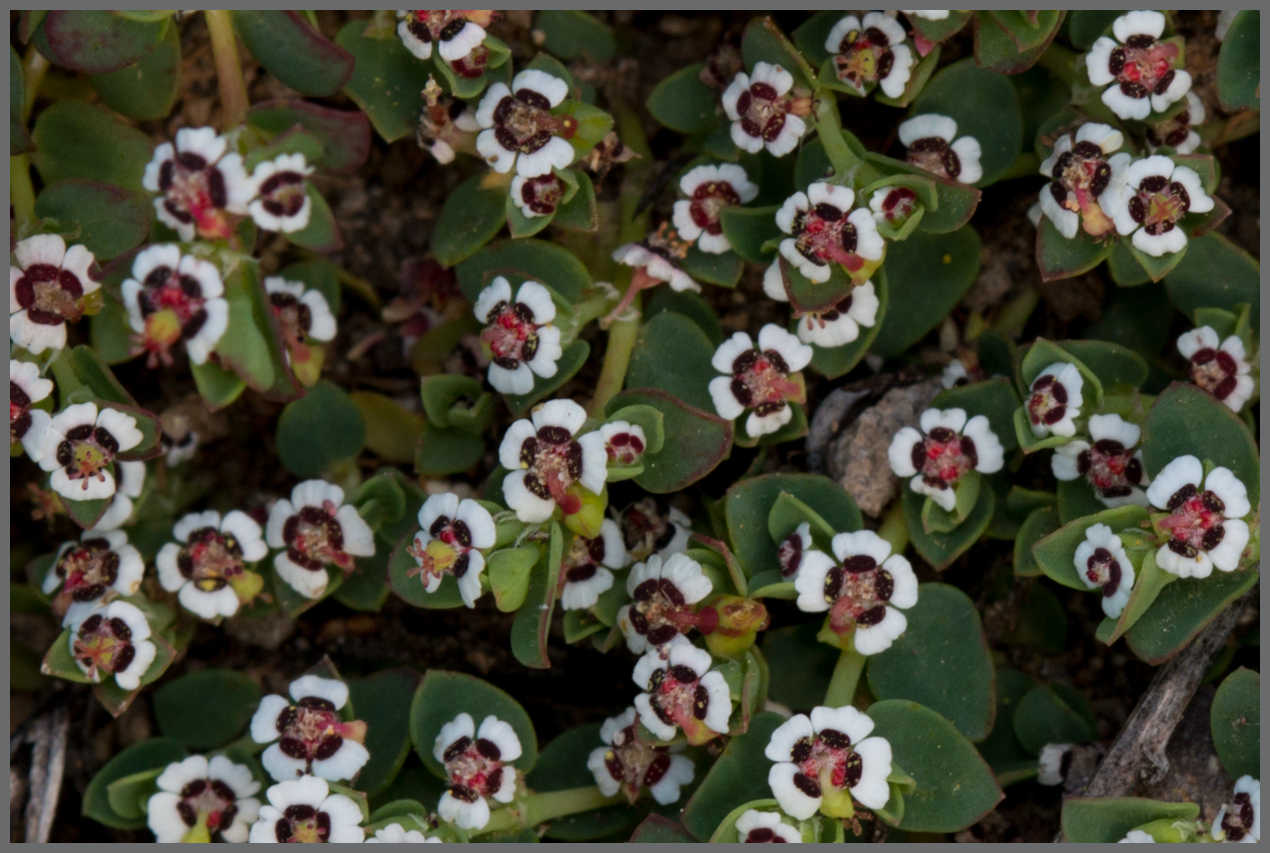 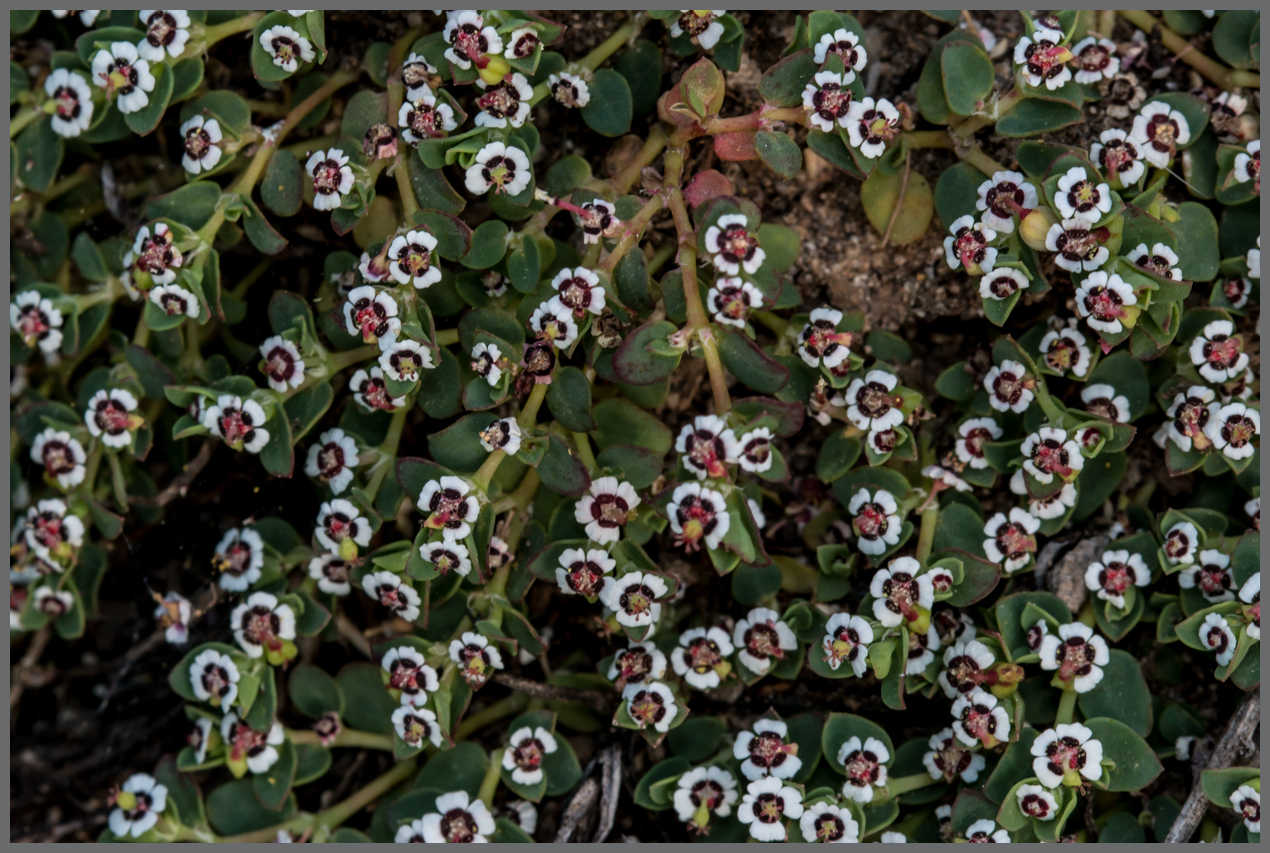 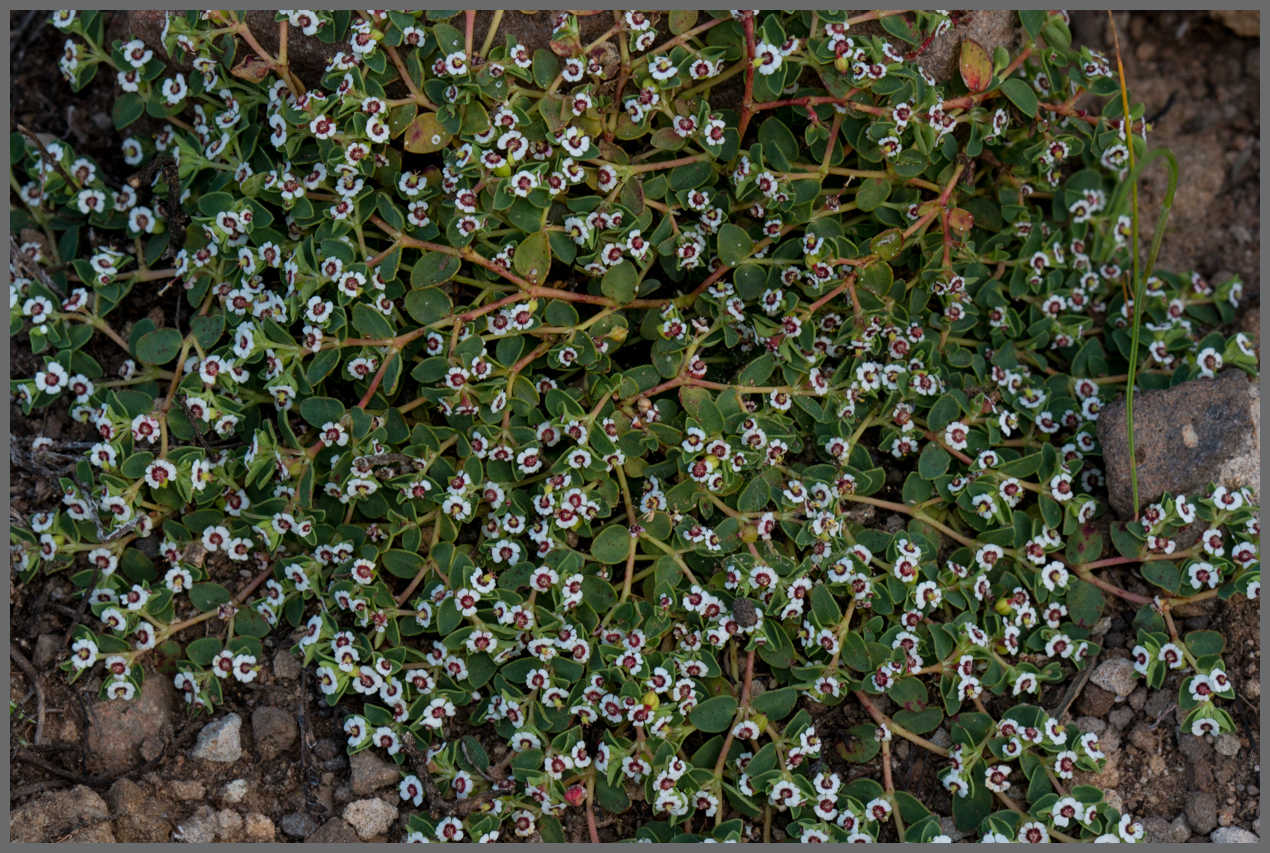 Euphorbia albomarginata (formerly Chamaesyce albomarginata) is commonly called Rattlesnake Weed or Sand Mat and blooms nearly year-round (but commonly April to November) and is prostrate, meaning it grows flat on the ground. This probably allows it to access moisture in the form of dew and thus remain green well into the dry fall months of the Southern California climate. It is common near cultivated fields or on wide trails, dry, sandy and rocky places where other plants can't usually survive and thus don't crowd it out.

The plant forms spherical mats on the ground with many-branching stems. The tiny leaves, no more than a quarter-inch long, form at the end of short stems are heart-shaped or oblong, sometimes with white or red edges. The flowers are solitary from leaf axils, cup-like, maroon at the base with white petal-like margins or bracts (these are not true petals). Inside the cup, a single female pistillate flower is accompanied by up to 30 male staminate flowers. Typical of other members of the Euphorbia family, it has a white milky sap, known to be poisonous.

Another species in the genus Chamaesyce, the polycarpa, commonly called Golondrina or Prostrate Spurge, very closely resembles Rattlesnake Weed. The main difference is that Golondrina has tiny hairs on leaves, stems and seed capsules while Rattlesnake Weed is hairless.

The former genus name Chamaesyce is an ancient Greek name that refers to the prostrate or ground-lying growth habit. The species name albomarginata means white-margined, referring to the flower bracts. According to folklore, the plant was thought to help treat rattlesnake bites when pounded to release its milky sap and laid wet on the wound.