Plant of the Month - Royal or Southern Goldfields 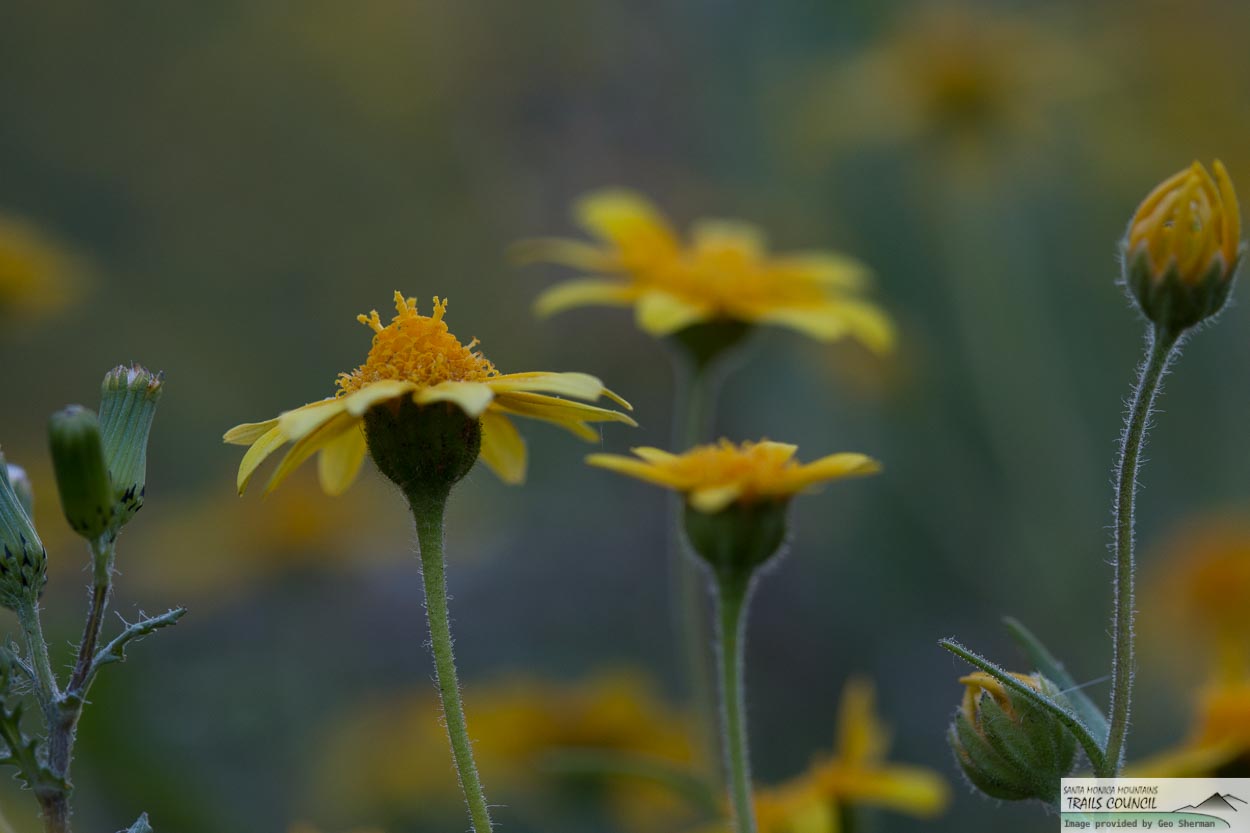 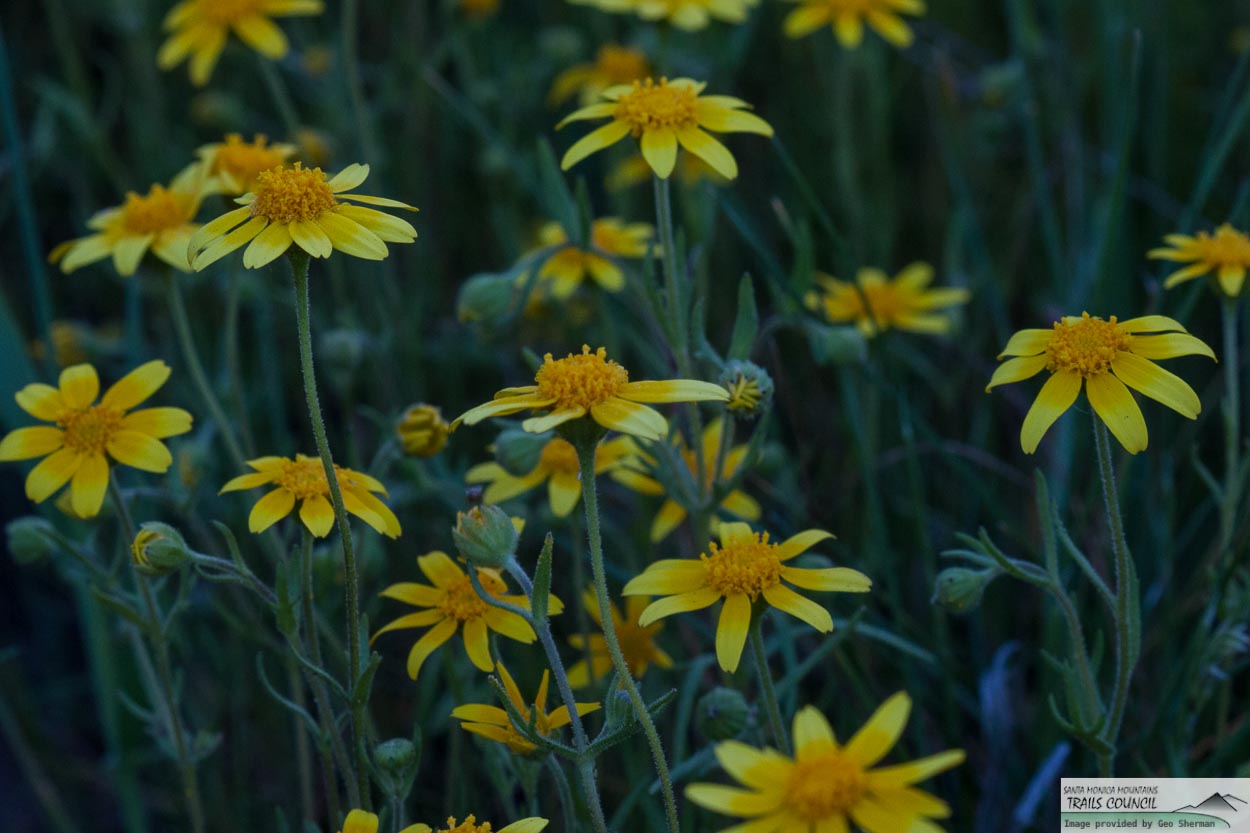 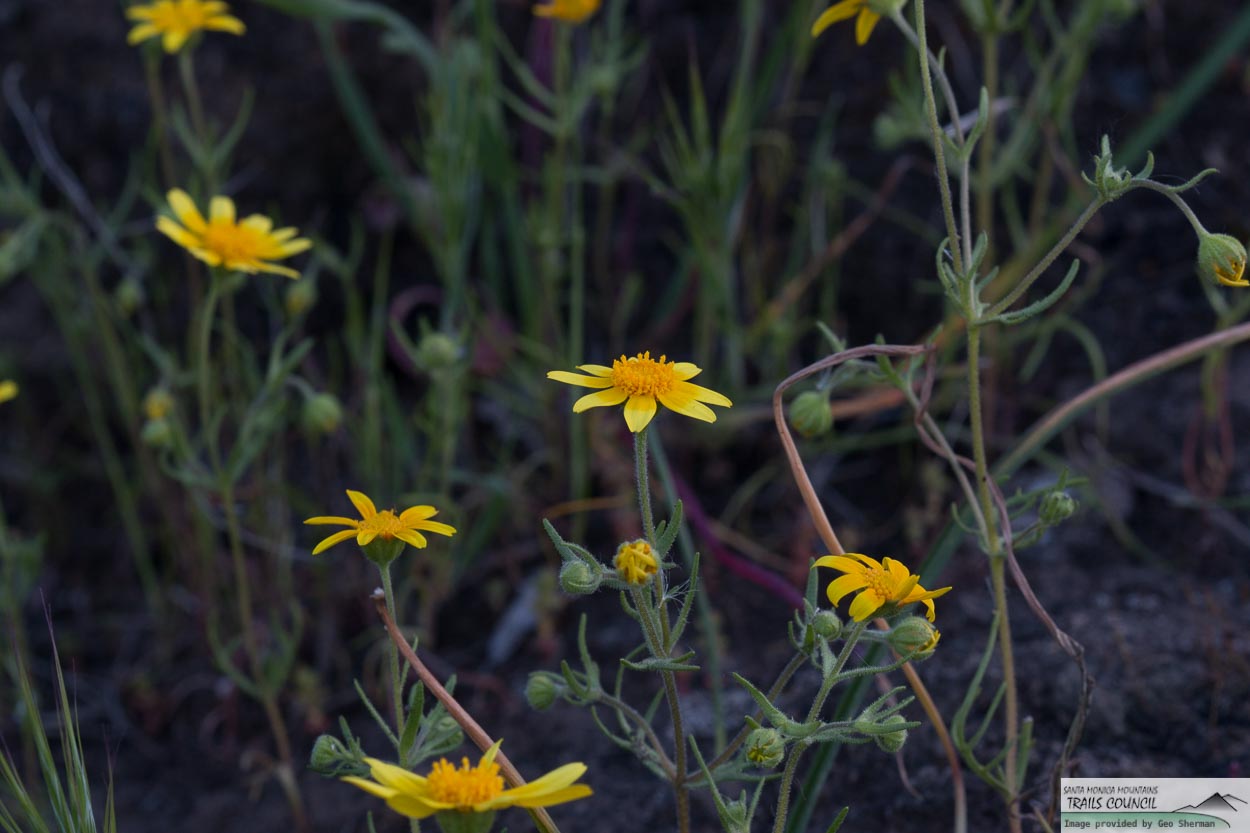 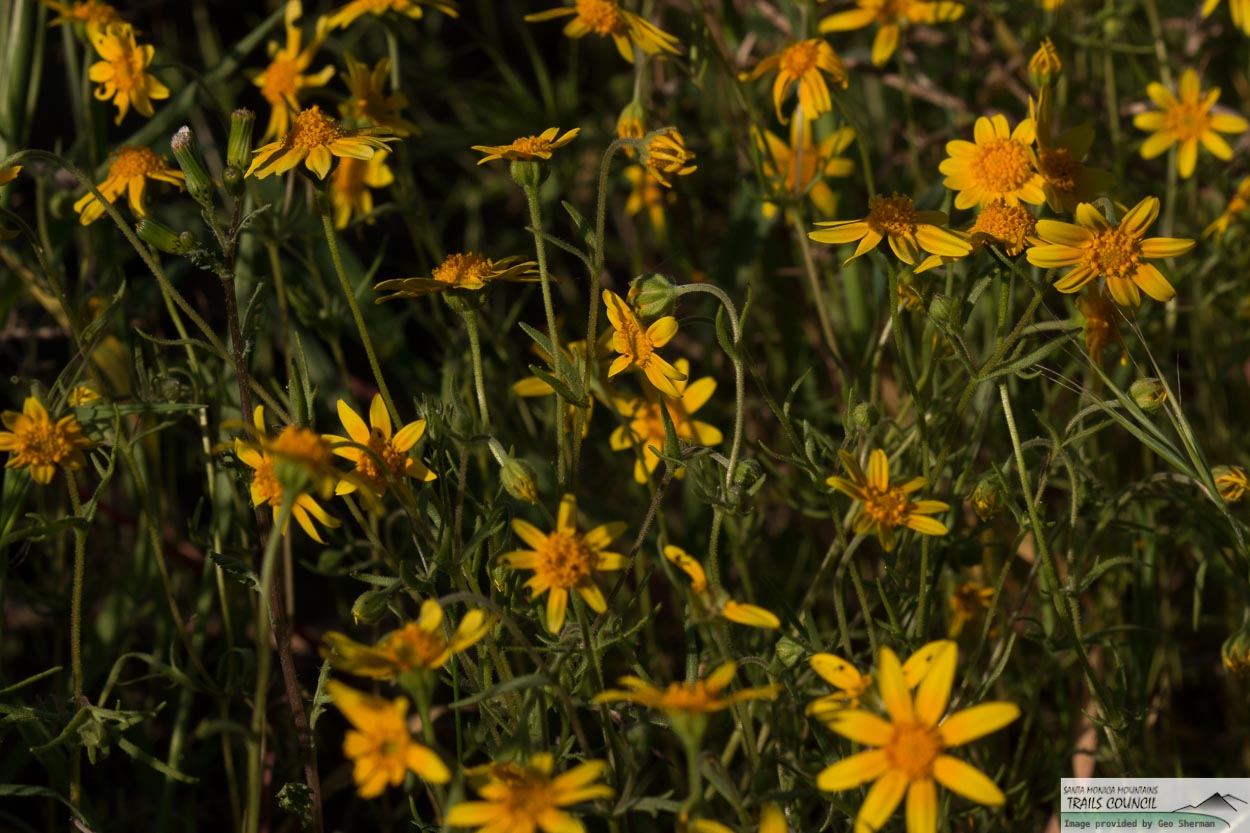 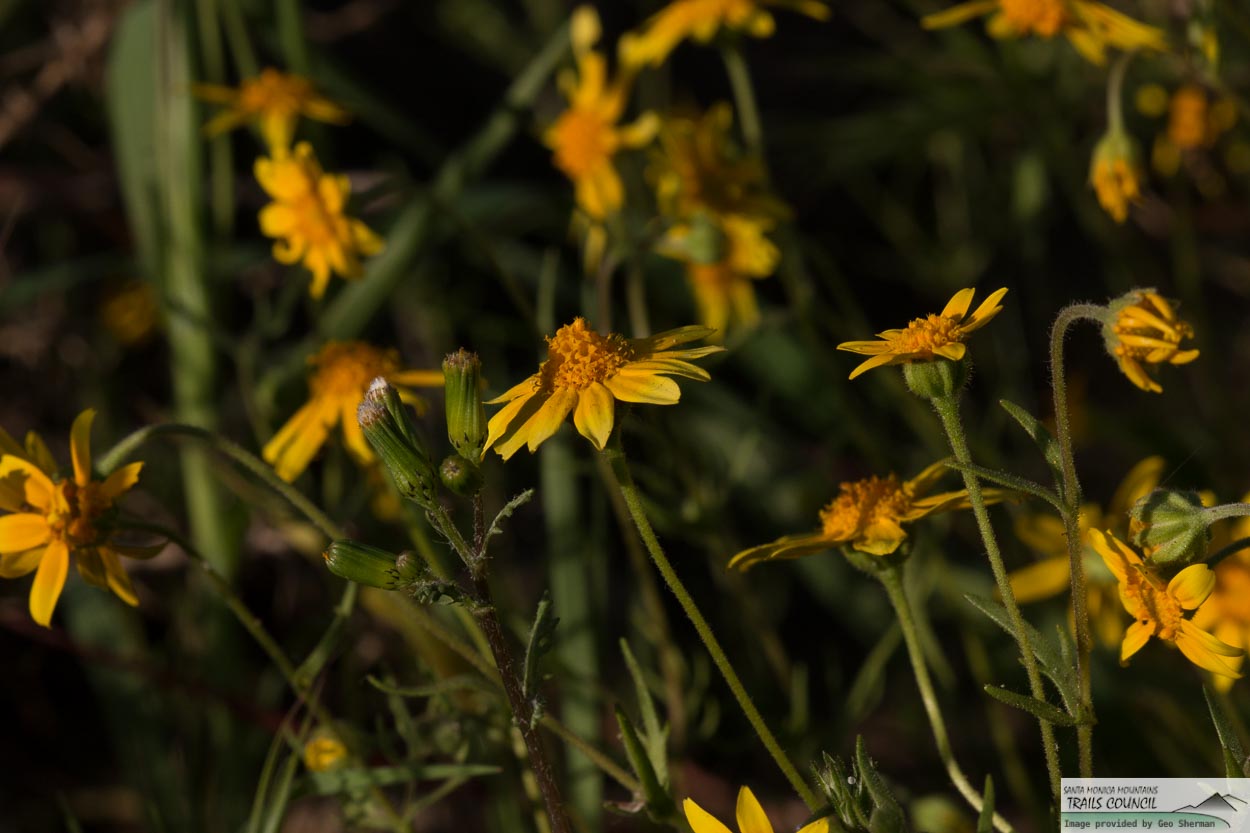 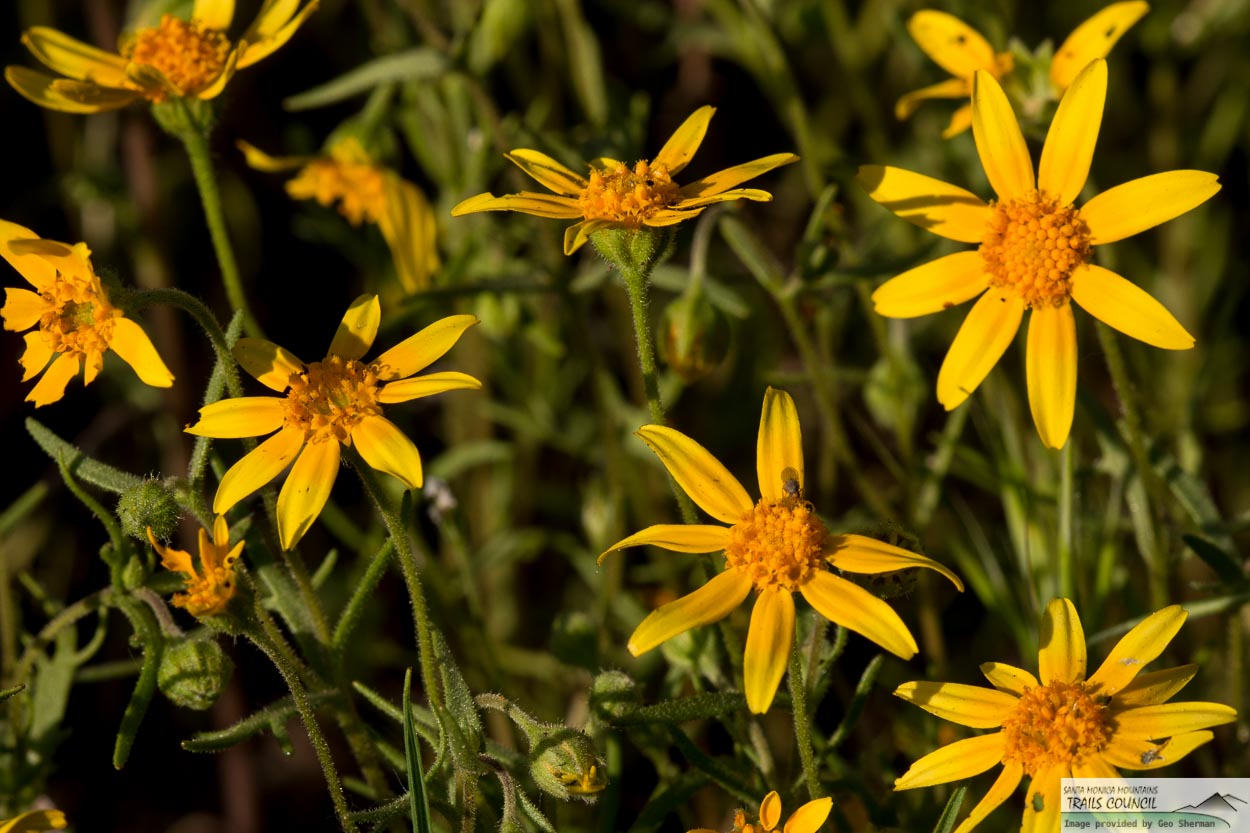 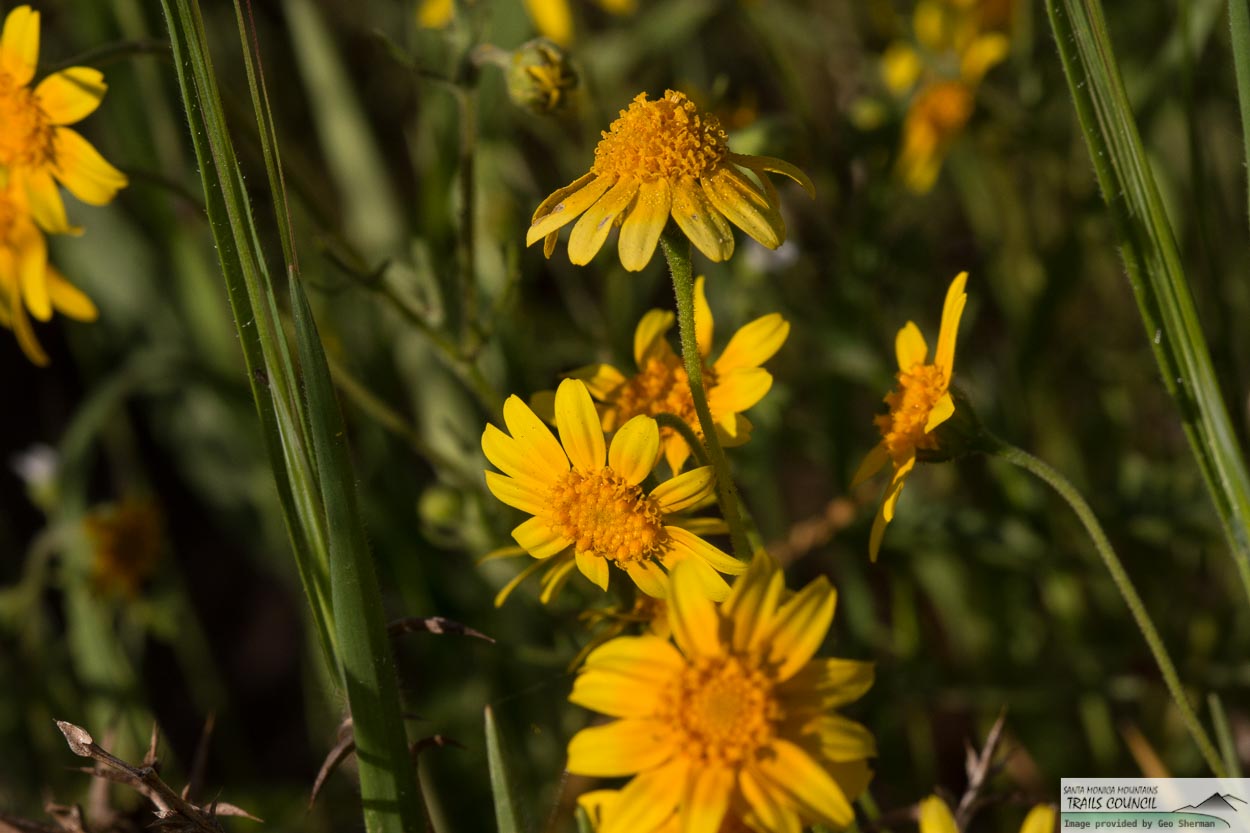 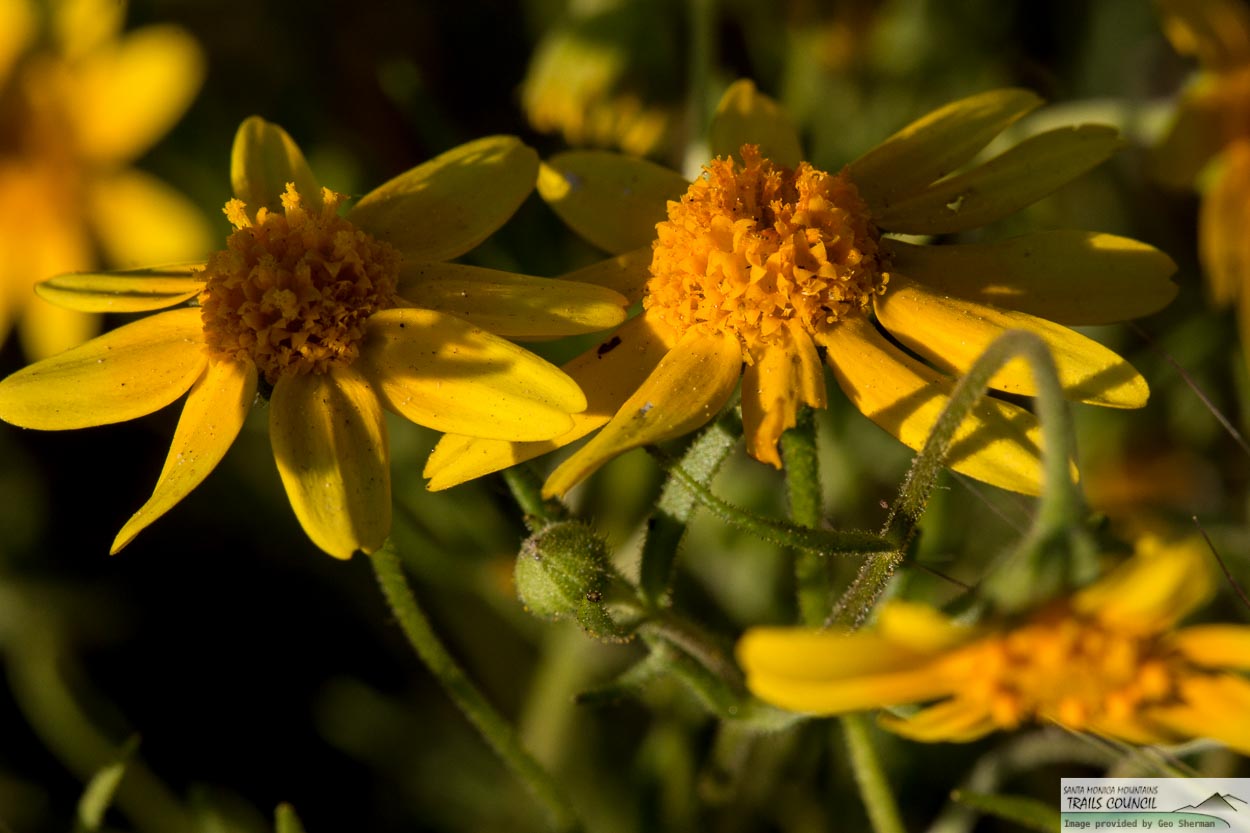 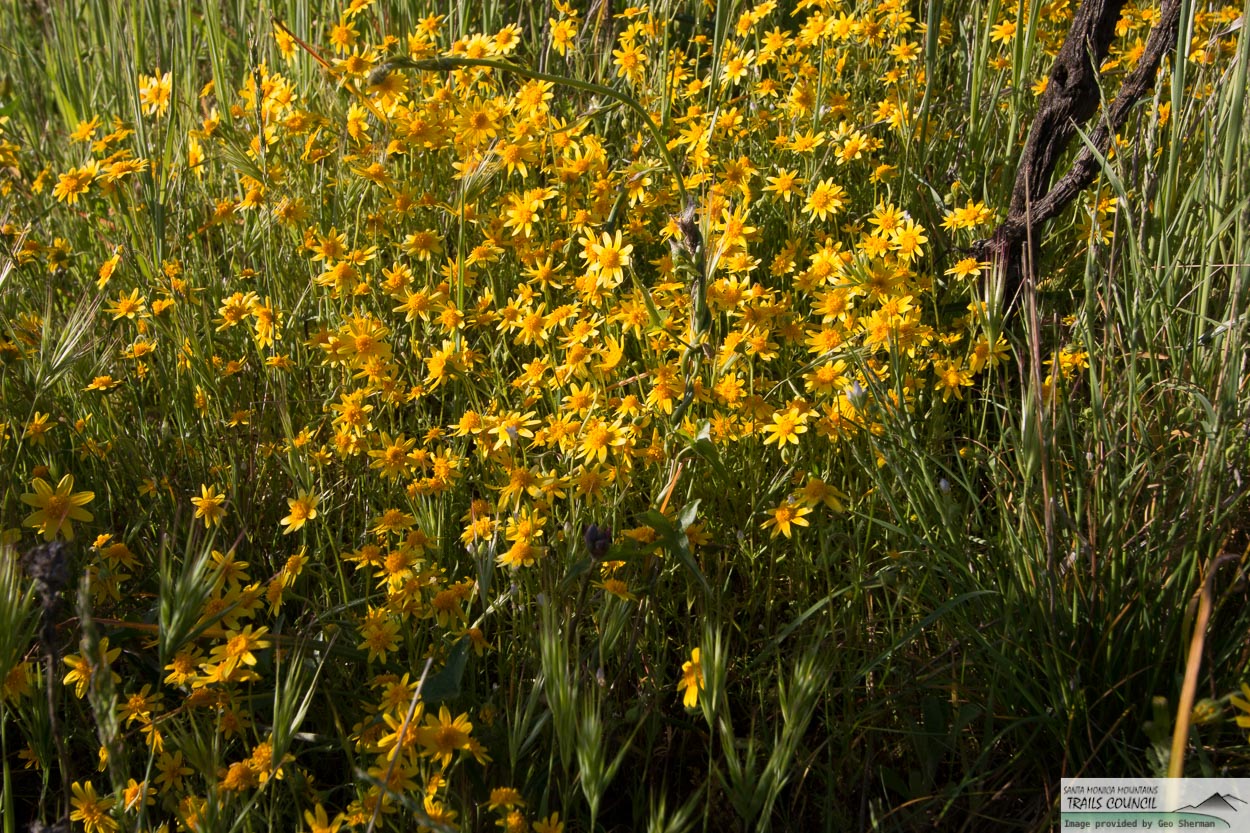 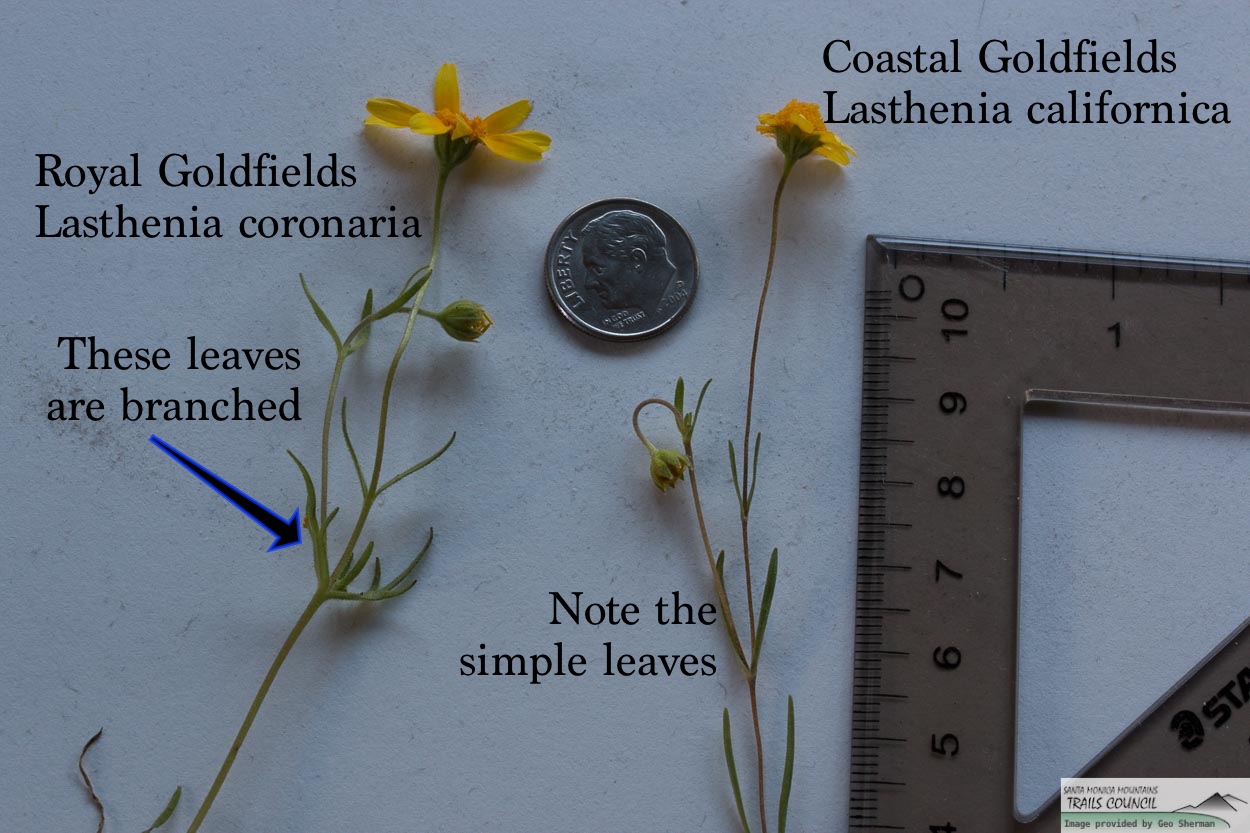 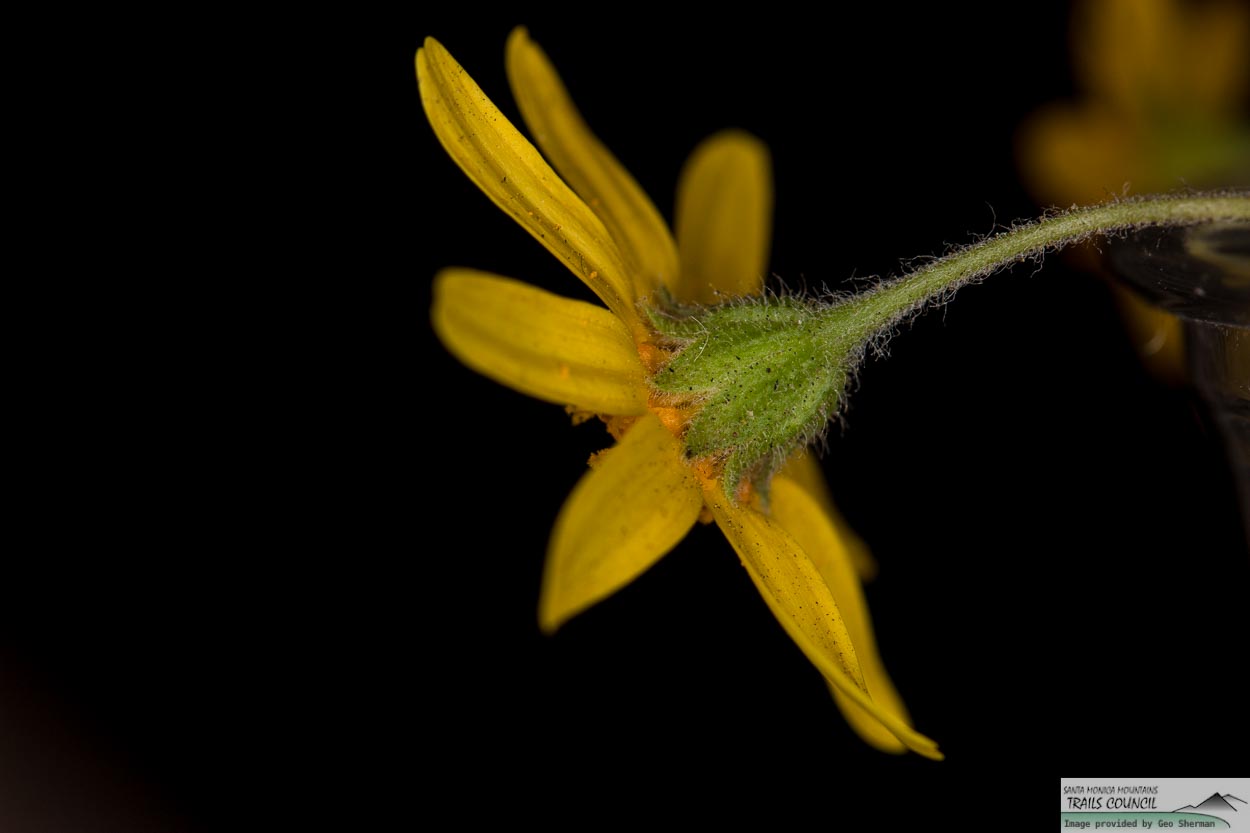 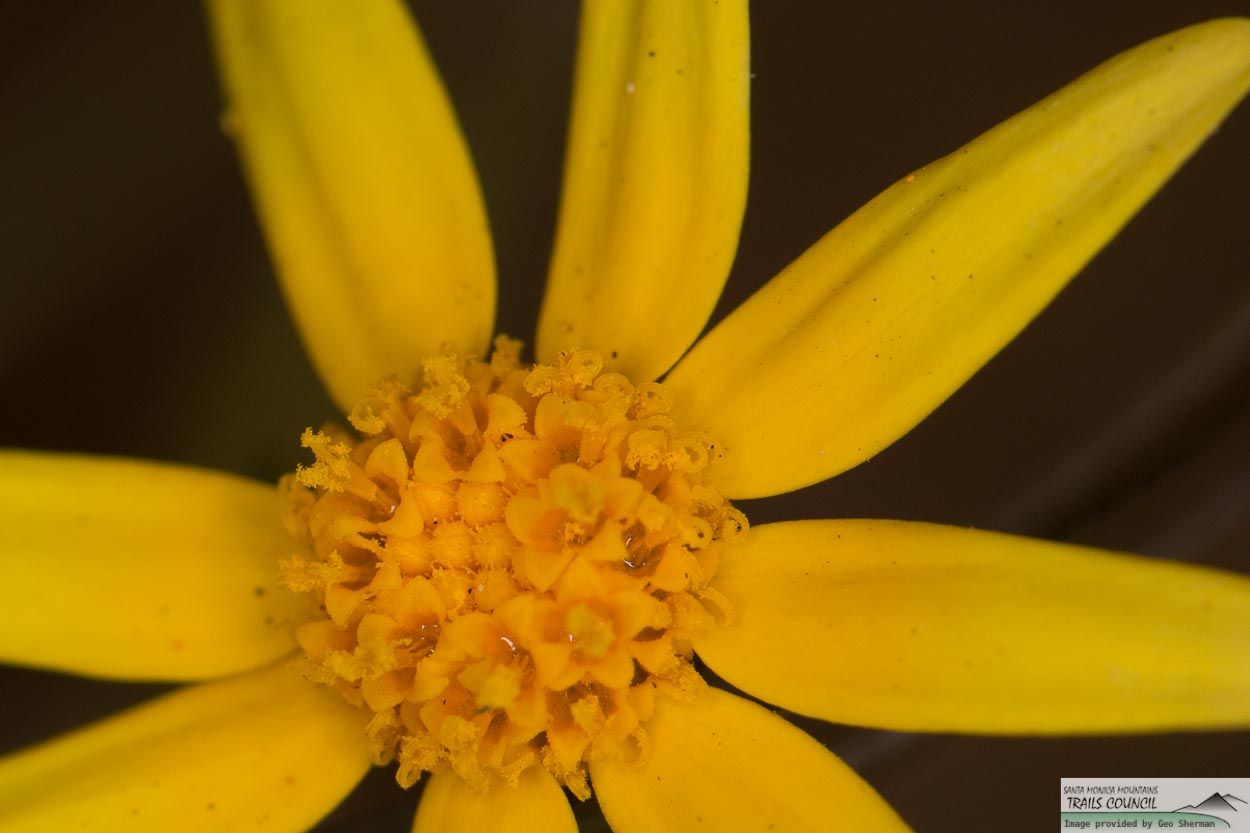 Royal Goldfields - Lasthenia coronaria The flowers of this plant look so similar to the other Goldfield (Common Goldfield) that the only reliable way to tell the difference is to look at the leaves. Botanists describe this plant as having linear or deeply divided, pointed leaves up to about 6 centimeters long. The other Goldfield (Common Goldfields) has a much simpler arrangement of leaves: leaves appear opposite each other and have no branches or notches. There are of course other differences: Royal Goldfield leaves have a fragrant odor, the stems have lots of glandular hairs, and the term glandular-viscid is used to describe this in precise scientific terms.

Royal Goldfields prefer small open areas, on slopes, and occasionally can be found in meadows. As a flowering plant in the Sunflower family they are also known by the common names - Southern Goldfields as well as Crowned Goldfields and are native to California and Baja California. This annual herb can grow to a maximum height close to 40 centimeters. Atop the stems are flower clusters of flower heads with hairy phyllaries (the backside of the flower has several overlapping phyllaries - look for the green strips that look similar to petals). The head contains many yellow disc florets with a fringe of small yellow ray florets. The fruit is a hairy achene up to about 2 millimeters long. Learning about this plant has helped me to understand the subtle differences between similar looking plants and how these differences enable the plant to better adapt to the local environment. In previous years I saw the plant as Goldfields - bright yellow flowers in massive quantities. This year I can see that we have two different species. Progress is slow but only seems to add to my pleasure of viewing and understanding the plants along my favorite trails.

Name Origin: The Lasthenia genus named for Lasthenia of Mantinea, a Greek philosopher cited as one of Plato's female students - a rarity in a society where women had little status. Coronar'ia/coronar'ium: used for or belonging to garland