Plant of the Month - Sagebrush 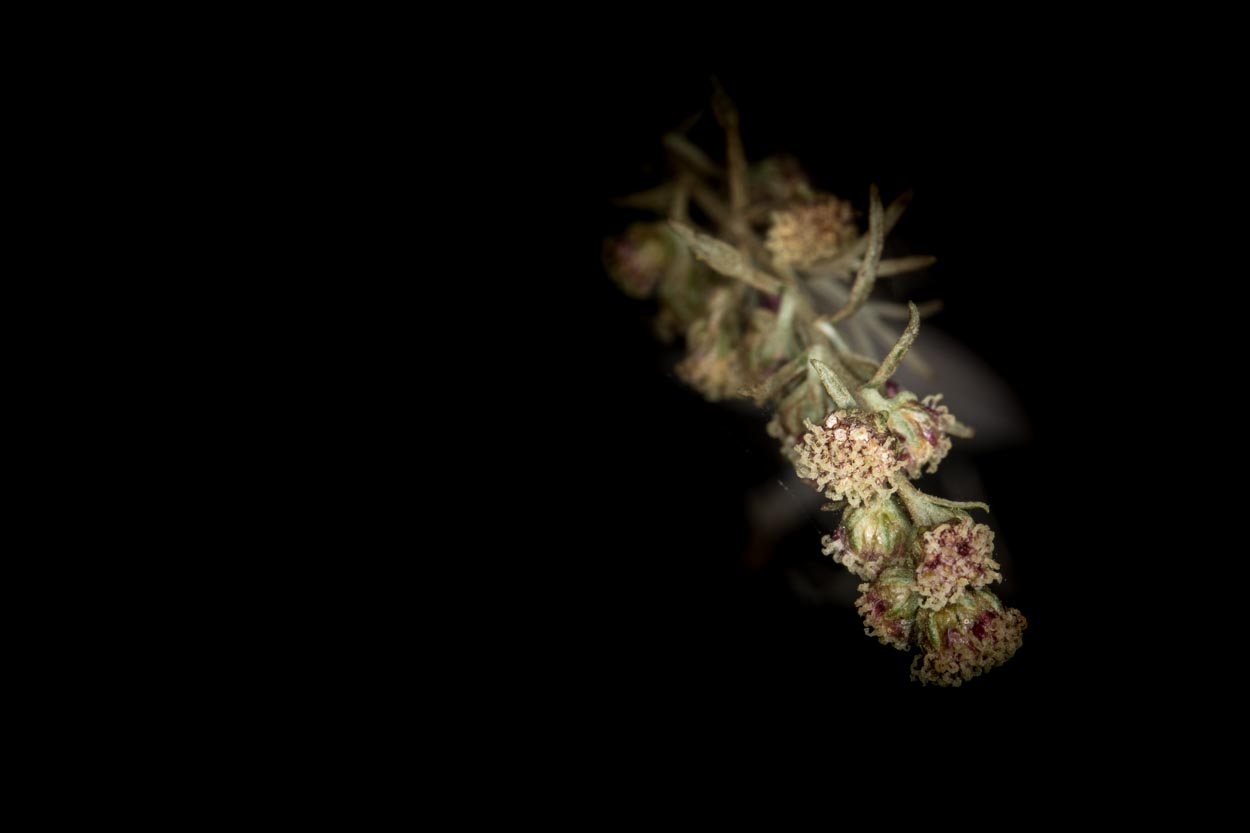 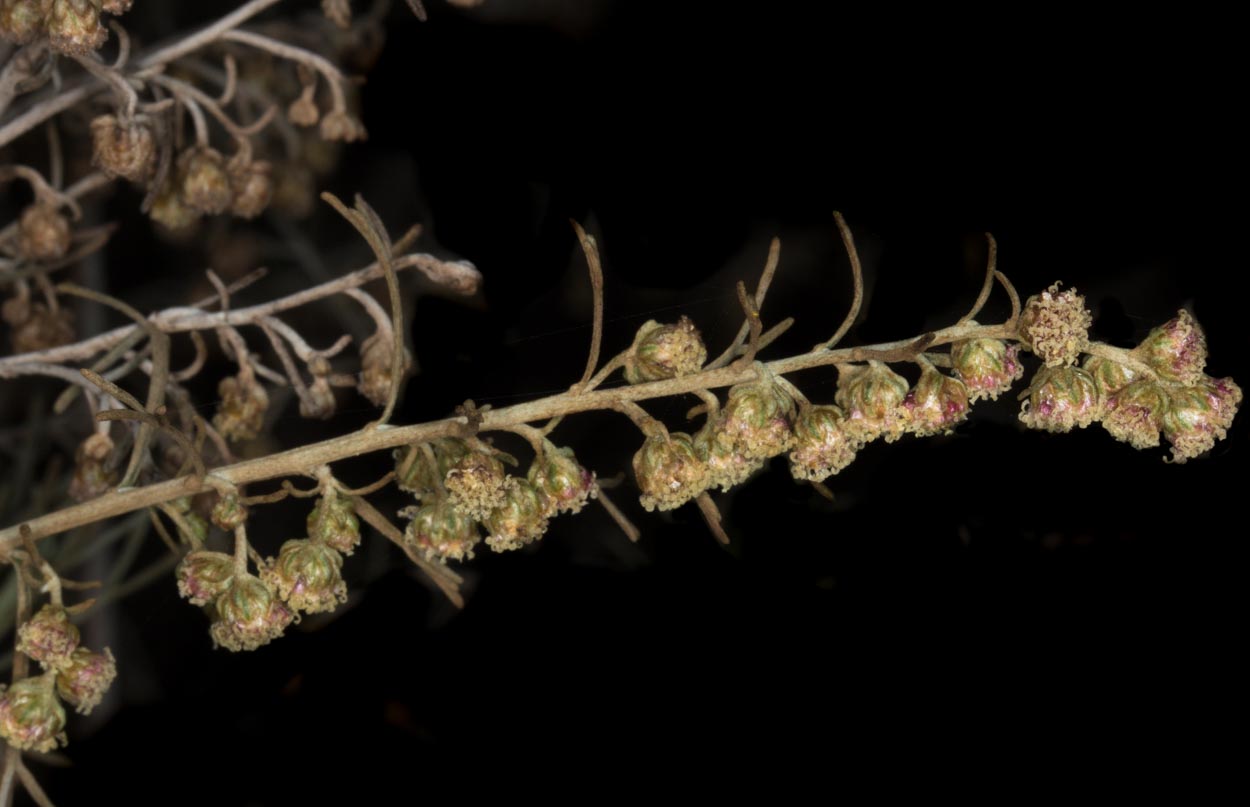 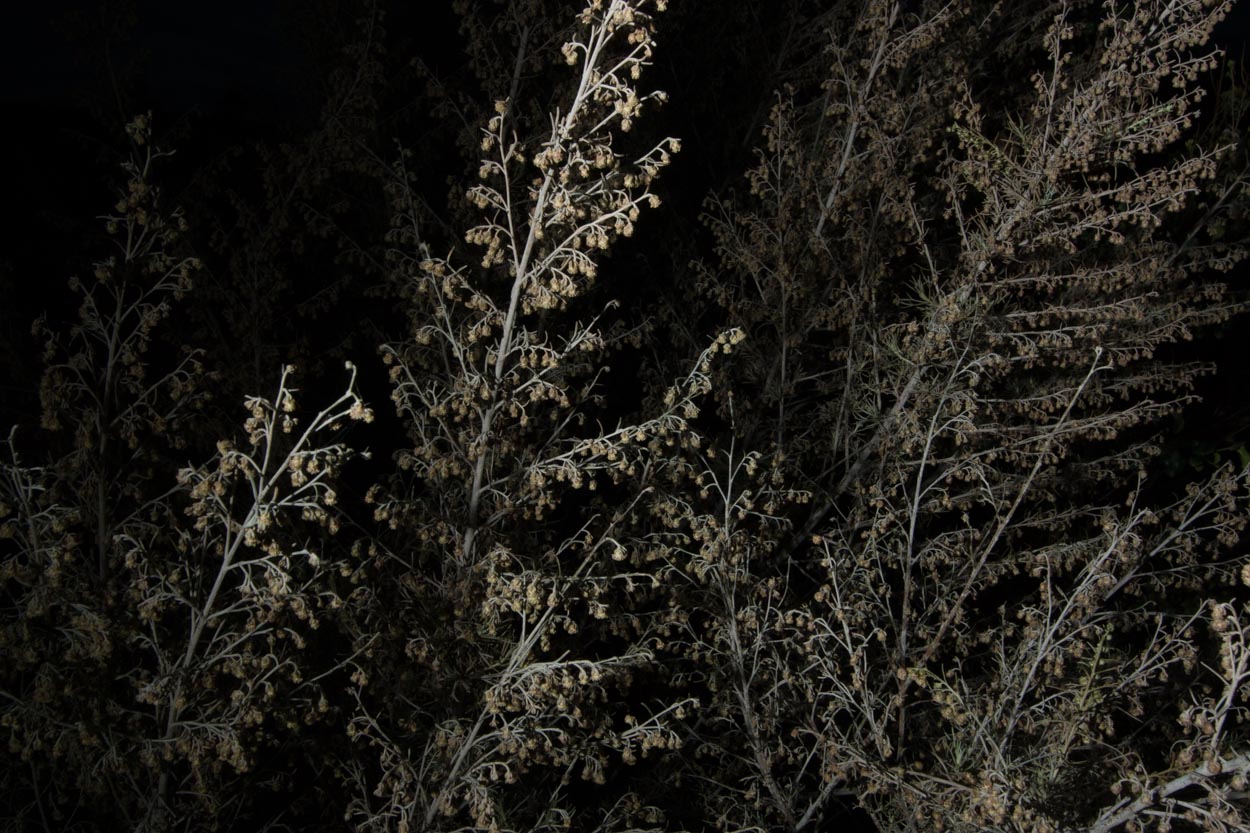 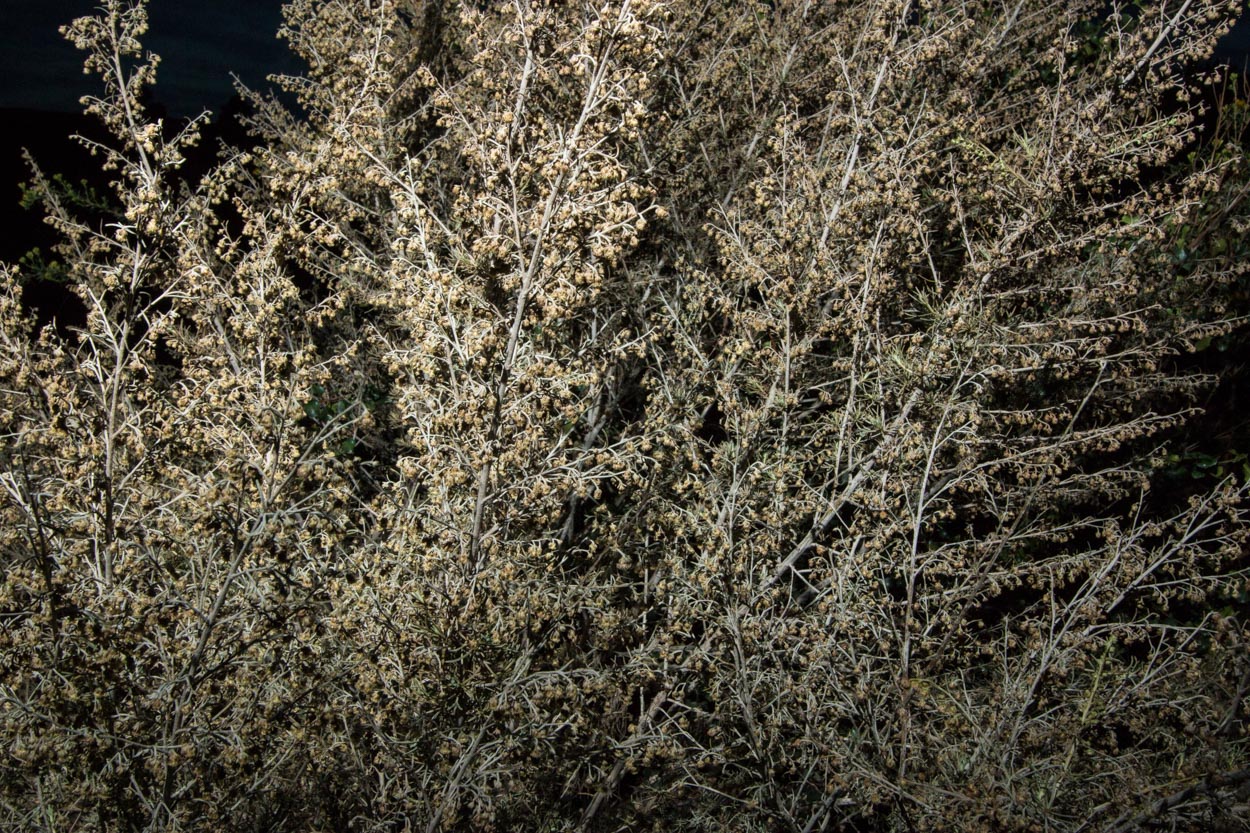 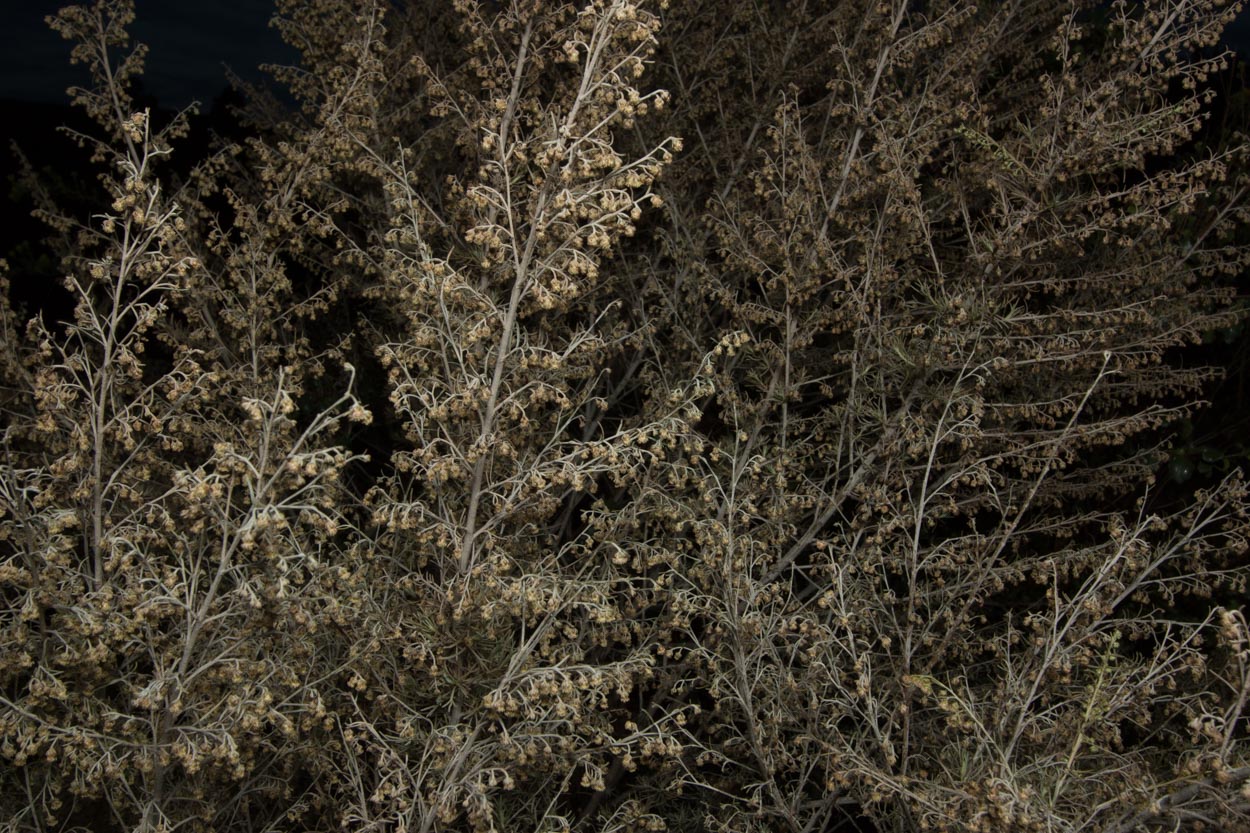 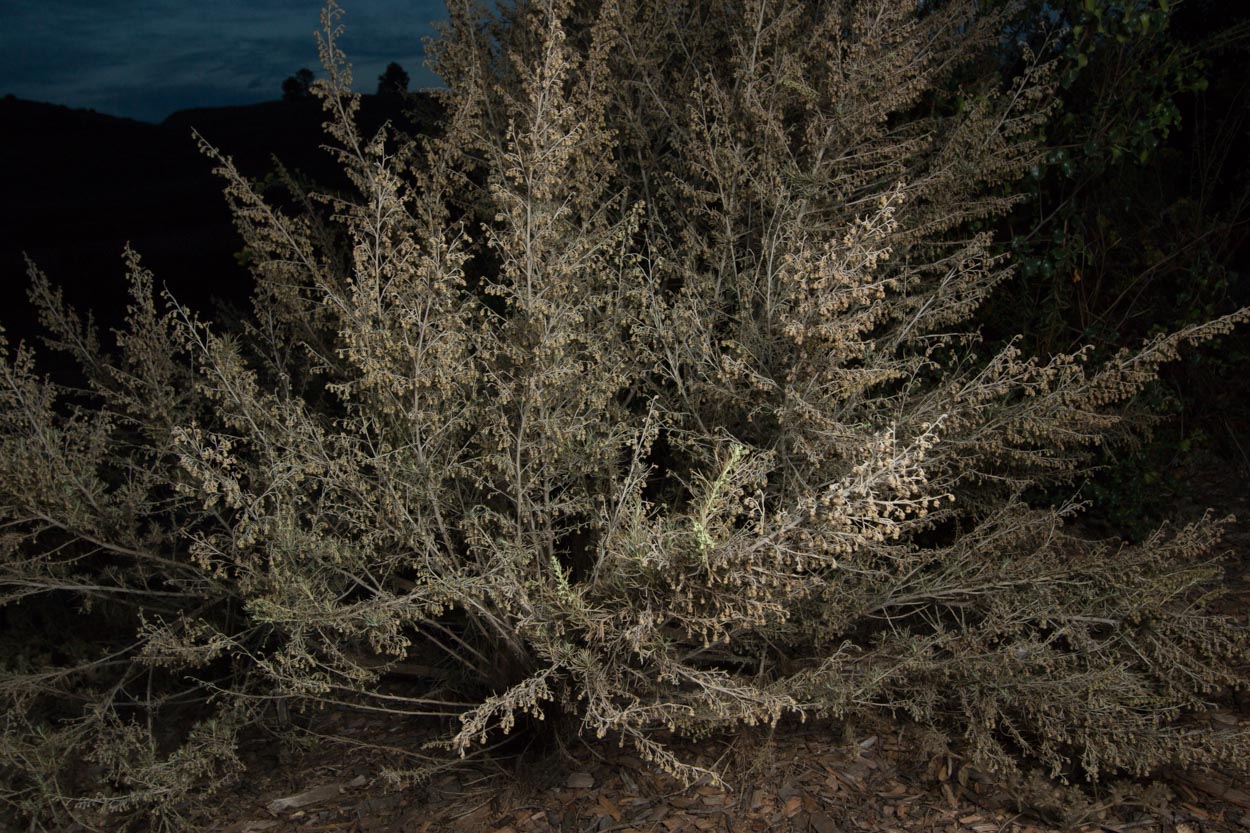 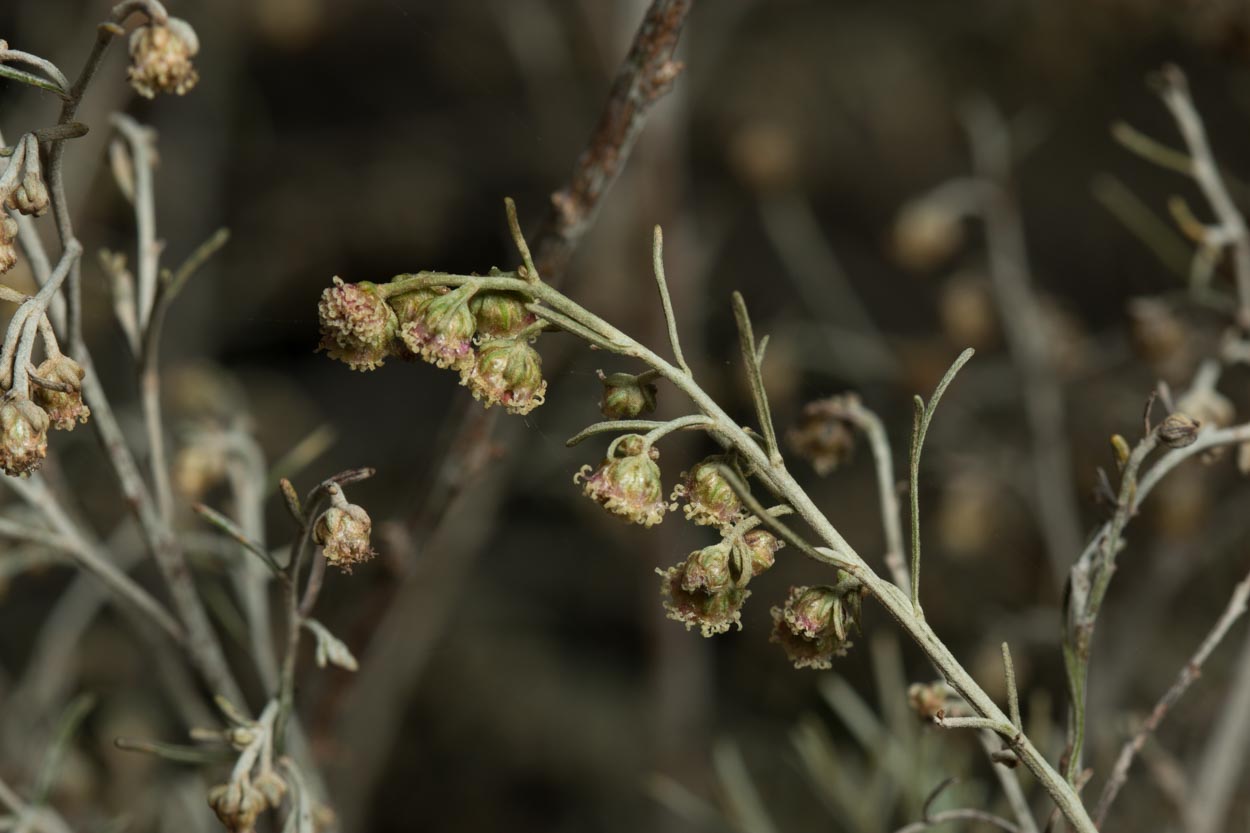 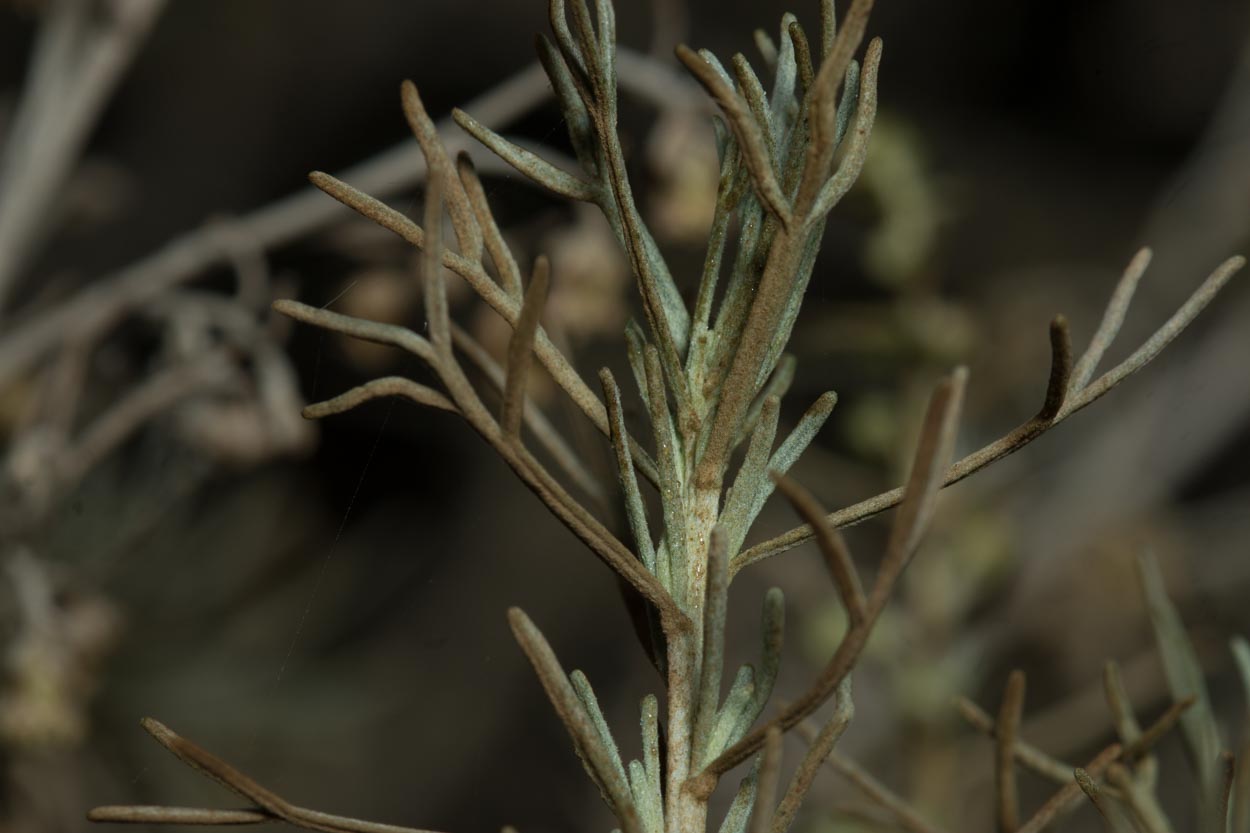 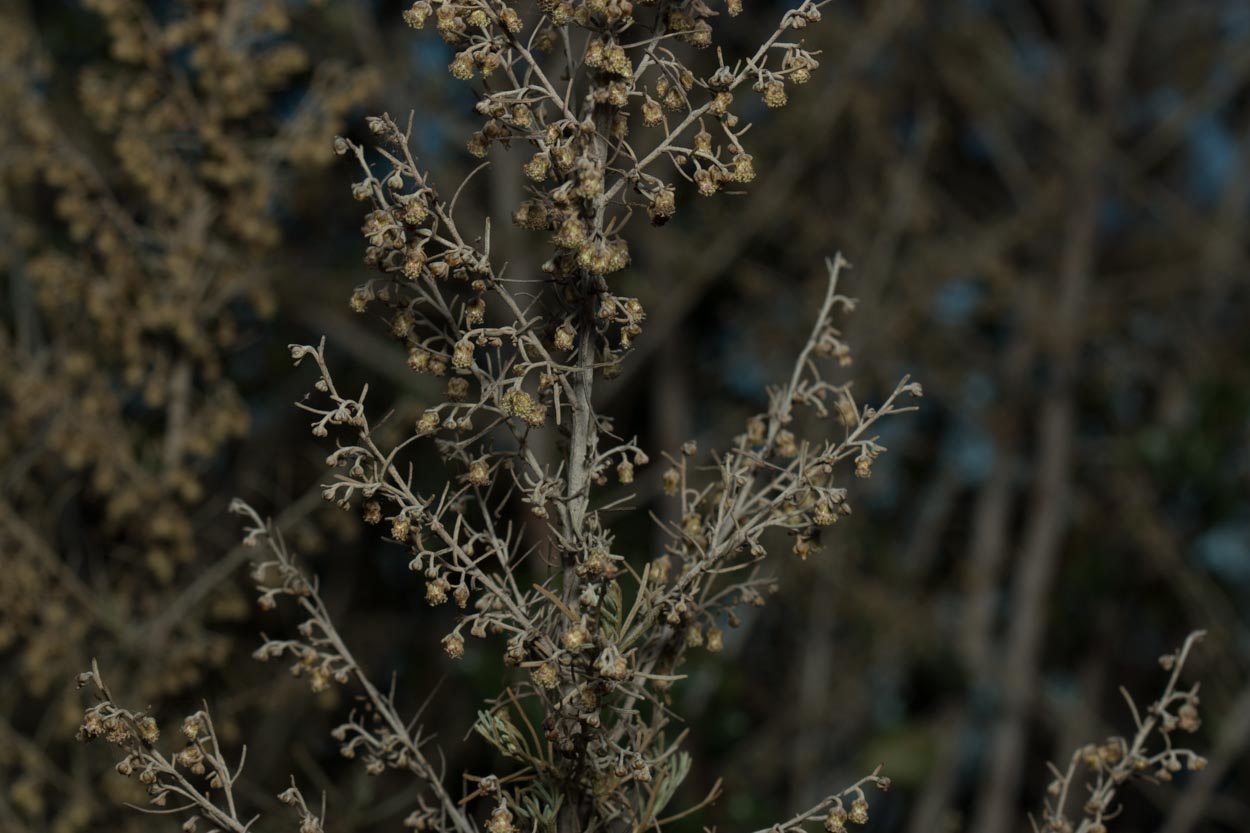 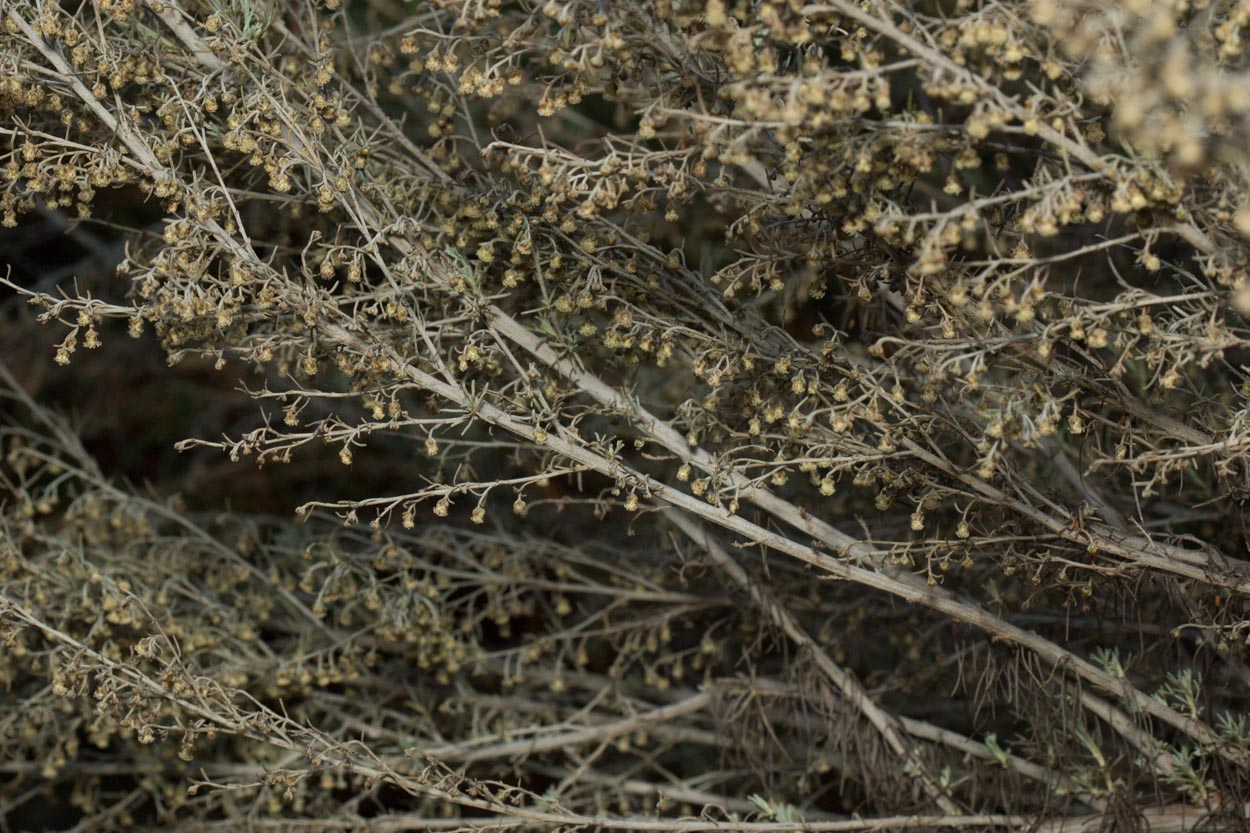 California Sagebrush - Artemisia californica is common in our  mountains. So common, that an environmental community of flora and fauna includes its name - coastal sage scrub and an important member of many chaparral, coastal dune, and dry foothill plant communities.  California Sage is not a true sage - the plant is aromatic like many sages but belongs in the family of Asters due to having composite flowers. California Sage AKA California Mugwort, California Sagewort or Coastal Sagebrush in some areas. Rubbing the leaves in your hands removes any doubt regarding the origin of the common name. Ramble through the Sagebrush and you will smell like the "outdoors" - the term 'Cowboy Cologne' comes to mind.

A pillar of the sage coastal scrub community, the plant provides foraging and nesting habitat for a wide variety of creatures. Well adapted to the summer heat, California sagebrush drops its leaves only under extreme stress during periods of drought.  The root system is shallow and fibrous, giving the plant an advantage when rainfall is light and does not soak into the ground.  The leaves also produce soluble and volatile terpene (unsaturated hydrocarbons) compounds. This last feature is why there is bare ground around a California Sagebrush as it inhibits the germination of other plants. This chemical is flammable and provides an advantage when a fire occurs. Burning hot enough to impact your neighbors but not too hot to plant to survive means that the plant can pick up where it left off.  Sagebrush often re-sprouts from the crown after a fire and is efficient when germinating from seed in the second year after a fire.

California Sagebrush produces two kinds of leaves during the year. During the rainy season, leaves are tender and feathery. As the Summer temperatures increase these leaves wilt . The Summer leaves are smaller and allow the plant to thrive in the warmer temperatures.

You may not have ever thought of flowers when you see California Sagebrush - the flowers it produces are tiny - but appear in copious quantities from August to December. As a member of the Aster/Sunflower family, the flowers share common traits.  Most Asters have ray and disk flowers. The ray flower is not a petal but a complete flower. The disk flowers form the center of the flower and are many individual flowers arranged together to form a composite. California Sagebrush lacks ray flowers but has many disk flowers.  Close inspection with a hand lens reveals up to ten female florets that surround thirty plus bisexual florets. All of this floral beauty exists on the ends of the stems in groups of fifteen to thirty flower heads. The flowers bloom Summer to late Fall, are wind pollinated but lack a pappus (think dandelion) that would allow them dispersal distances.  Are they beautiful?  Yes. They are beautiful in the sense because they fulfill their purpose in life by allowing the plant to create the next generation. In their commonness they are like most of us - neither genetically gifted with beauty or particularly short-lived - but instead are durable and ubiquitous.

California Sagebrush had many uses for Native Americans: some thought of the plant as a panacea for most ailments. Plant oils, isolated by various processes to create medicinal teas and poultices to treat wounds, menstrual cramps, toothaches and so on. Leaves chewed fresh and or smoked.  Wander through some California Sagebrush to without paying attention, and you will realize the reason that some refer to this plant as 'cowboy cologne,' Native Americans used the plant's aromatic oils to disguise their odor when hunting.

There are approximately 5,500,000 seeds/lb (12,000,000 seeds/kg; S & S Seeds 2009).  Considered a nuisance in some areas while essential in other environments - particularly where farming or urbanization has occurred. Germination rates range from ten to thirty percent.  Sensitivity to Ozone pollution and sulfur dioxide causes the plant to lose its leaves. Increasing amounts of Nitrogen in the air work to the disadvantage of this plant but to the advantage of invasive annual grasses. The modern world has given us many wonderful things but may end up wreaking havoc on the Natural world if the side effects permanently damage our environment.

Name Origin: Artemis'ia: referring to the Greek goddess Artemis who so benefited from a plant of this family that she gave it her own name. This was also the old Latin name given to the mugwort or wormwoods. An alternative though less likely possibility for the derivation of this name is that it comes from Queen Artemisia of Halicarnassus in Asia Minor (Turkey), sister and wife of King Mausolus, who ruled after his death from 352 to 350 B.C.E. and built during her short reign one of the Seven Wonders of the Ancient World, the Mausoleum at Halicarnassus, which she unfortunately did not live to see the completion of (ref. genus Artemisia)
Name Origin was found on calflora.net is a wonderful site for native plant information