Plant of the Month - Shooting Star 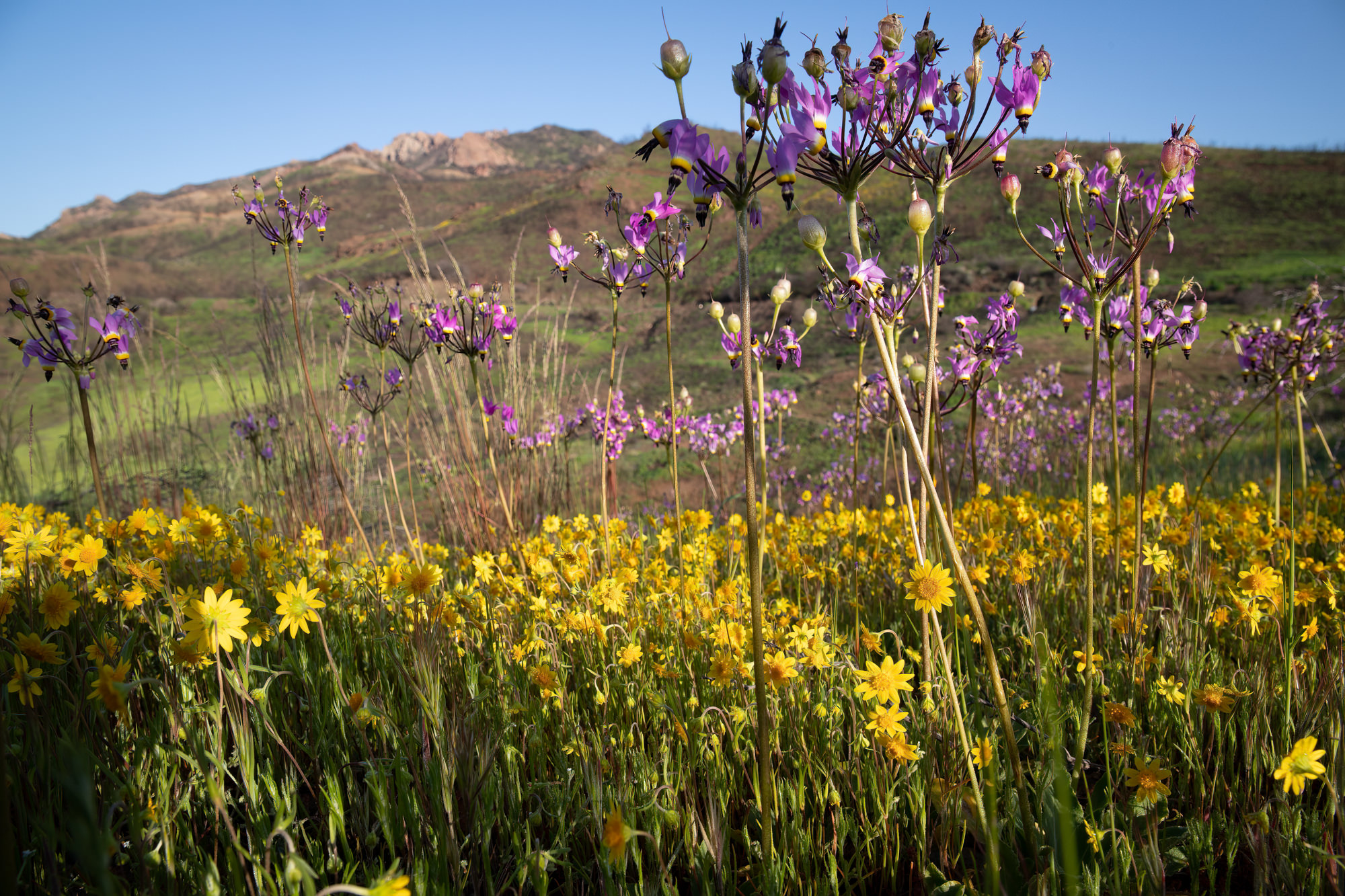 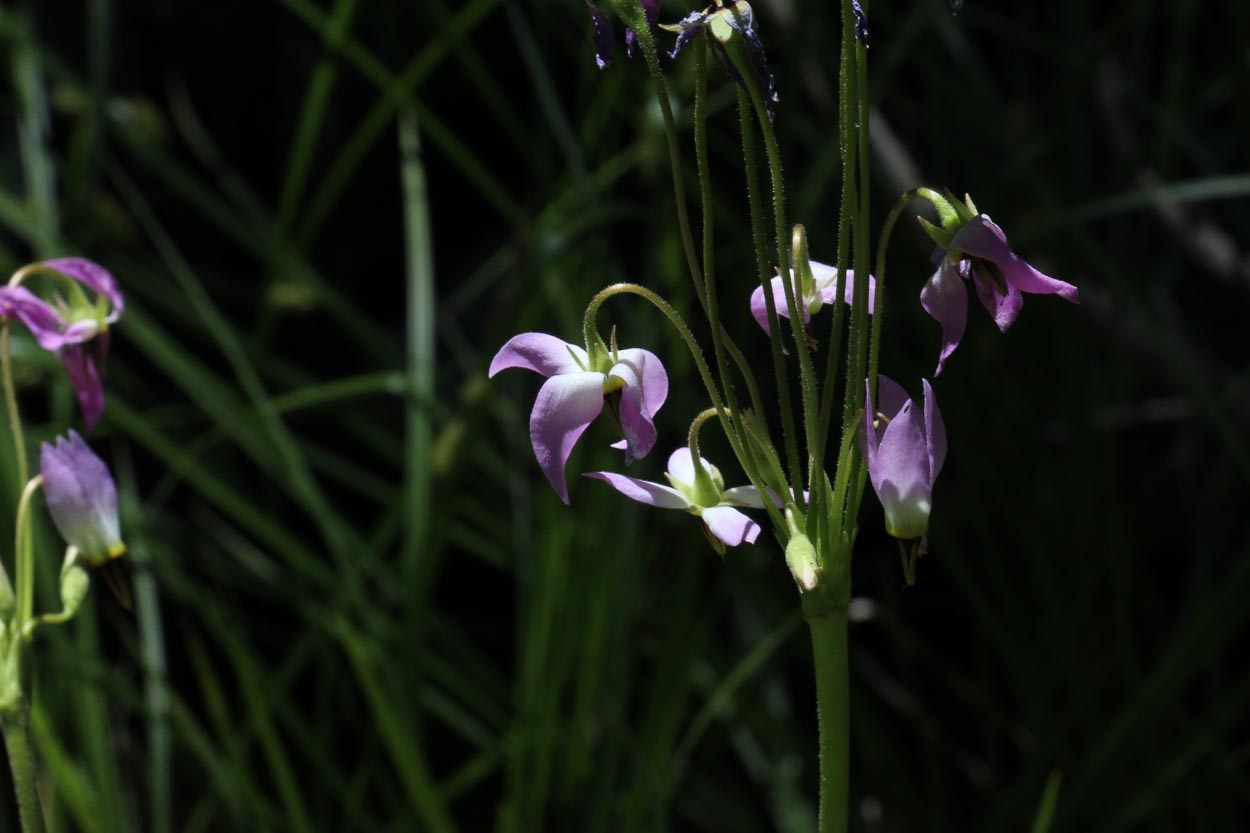 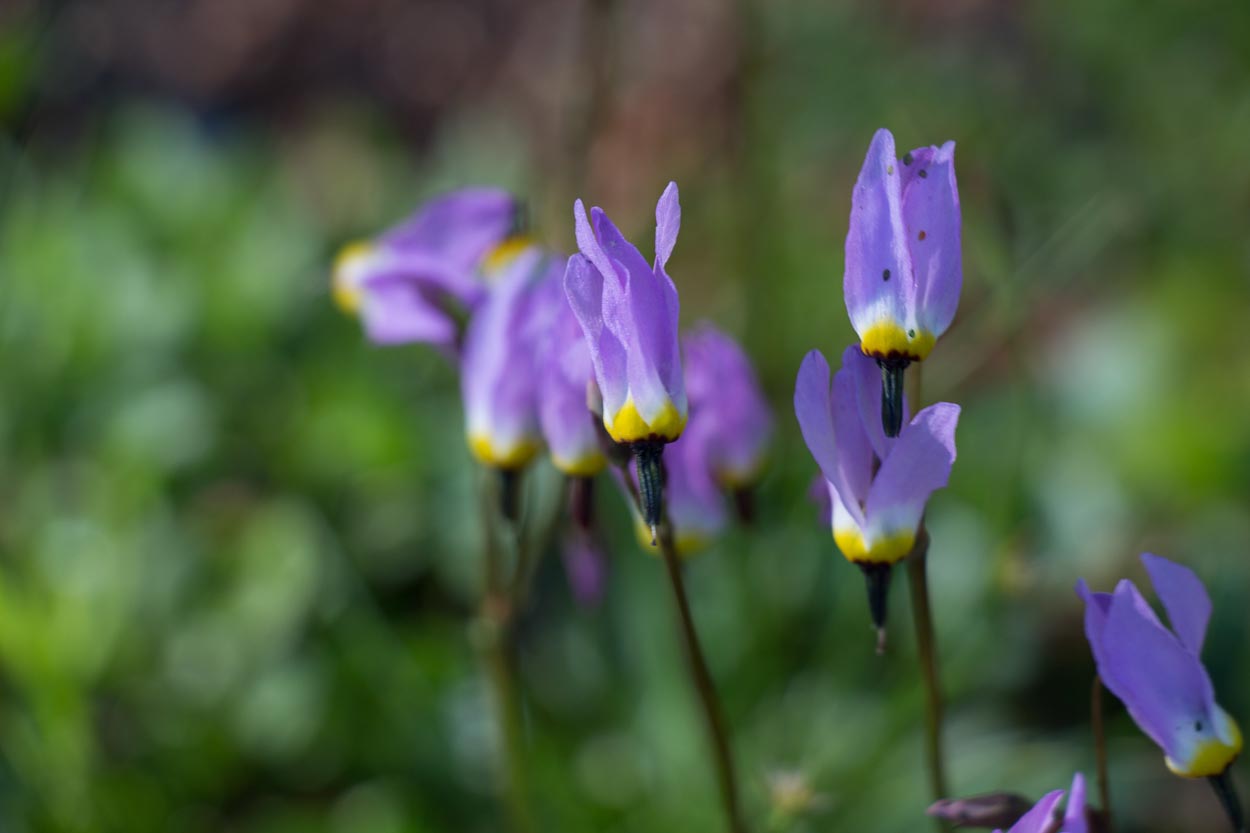 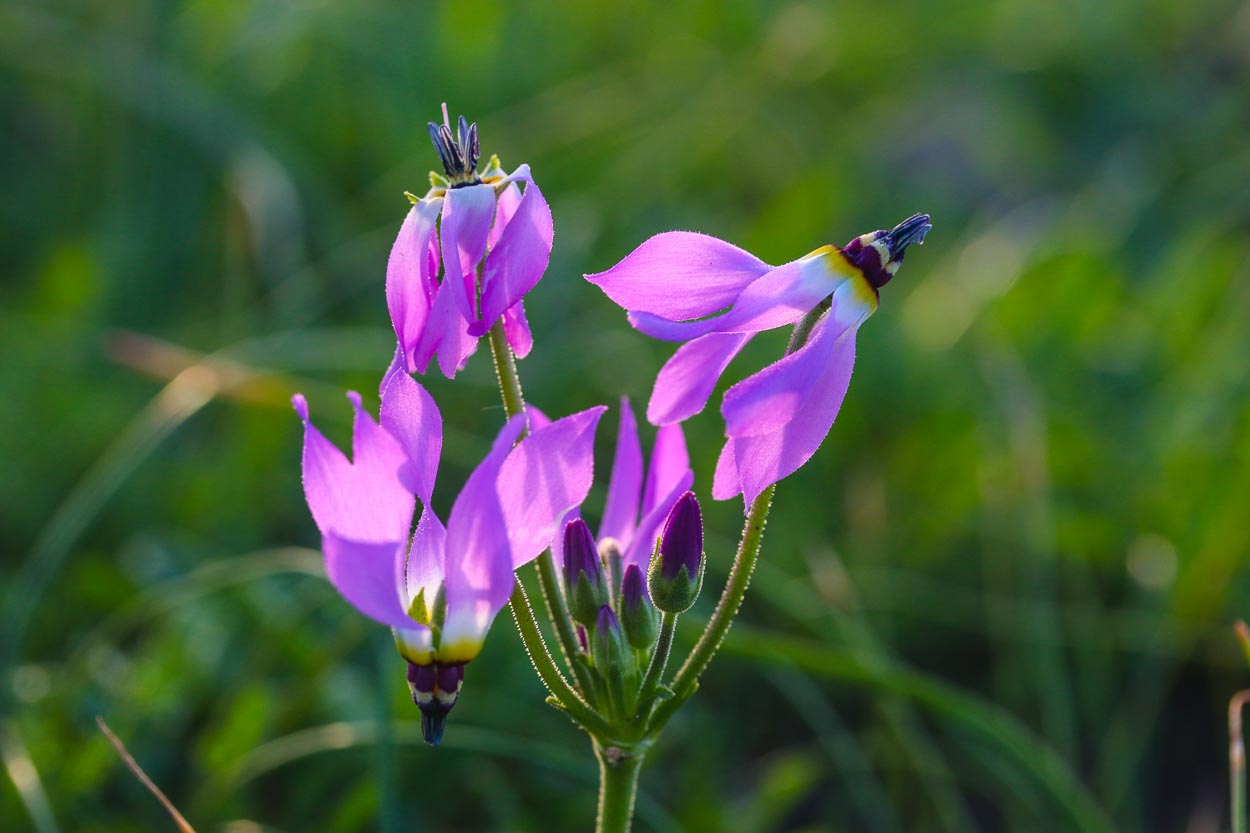 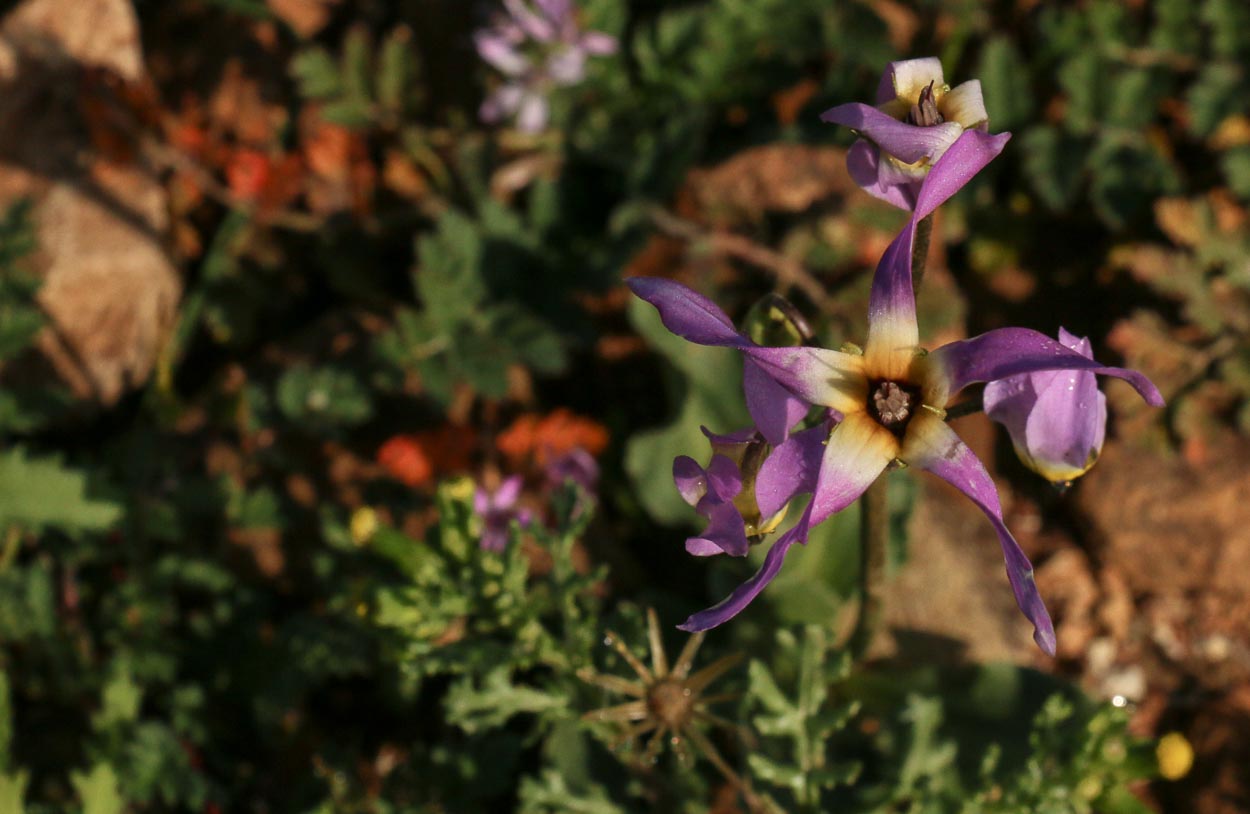 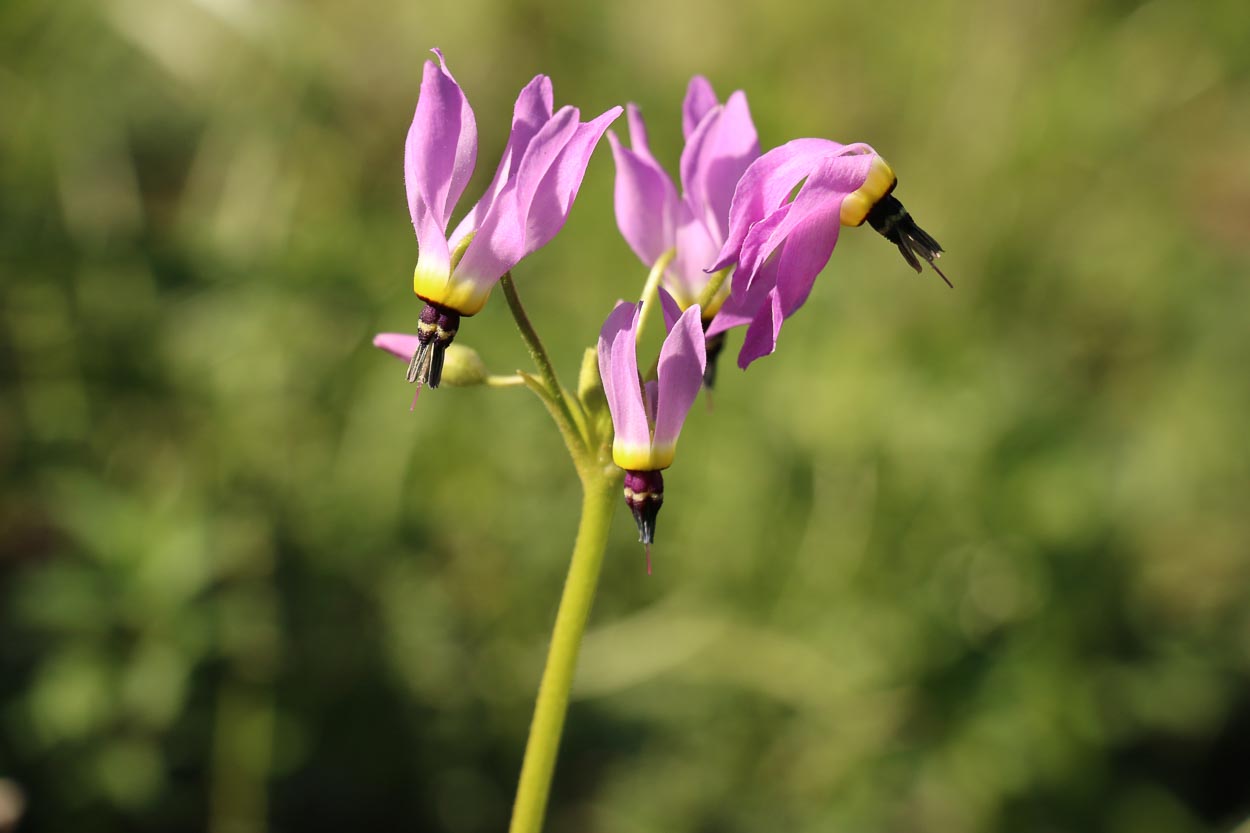 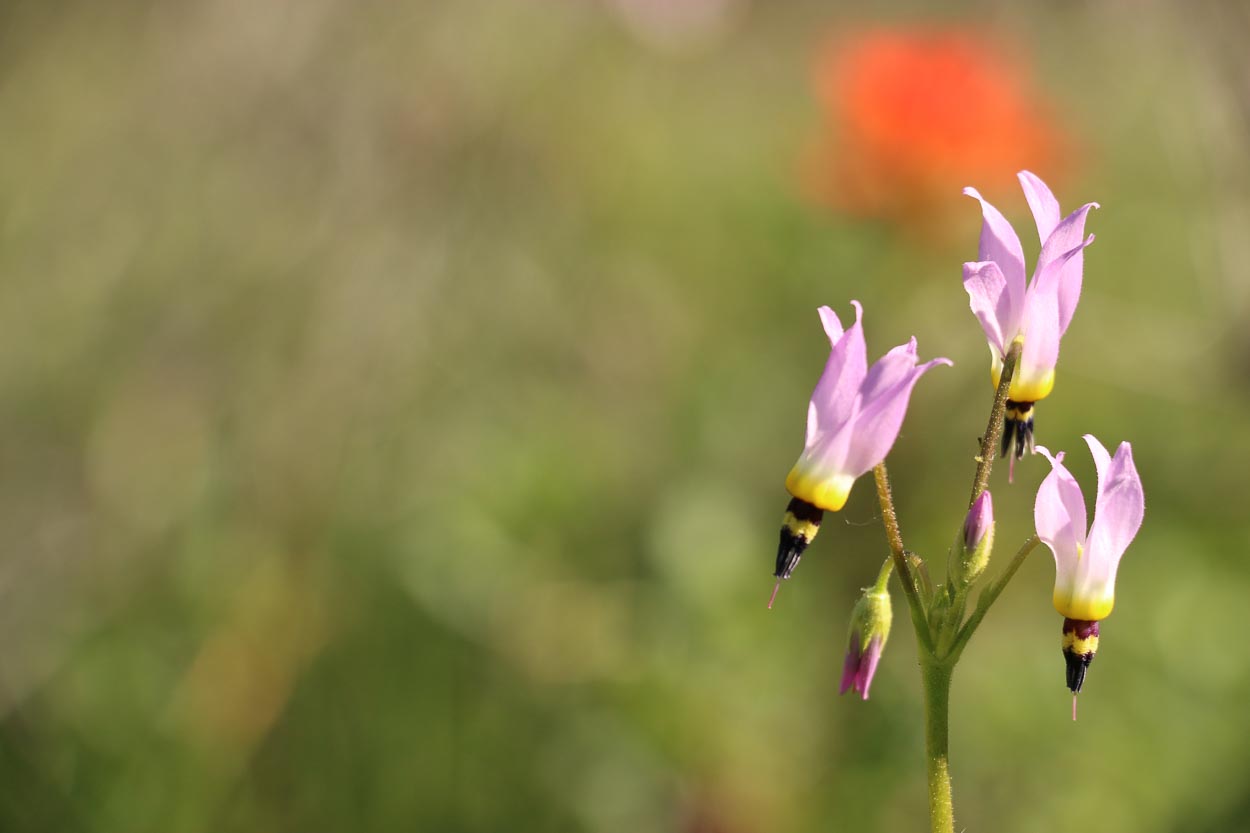 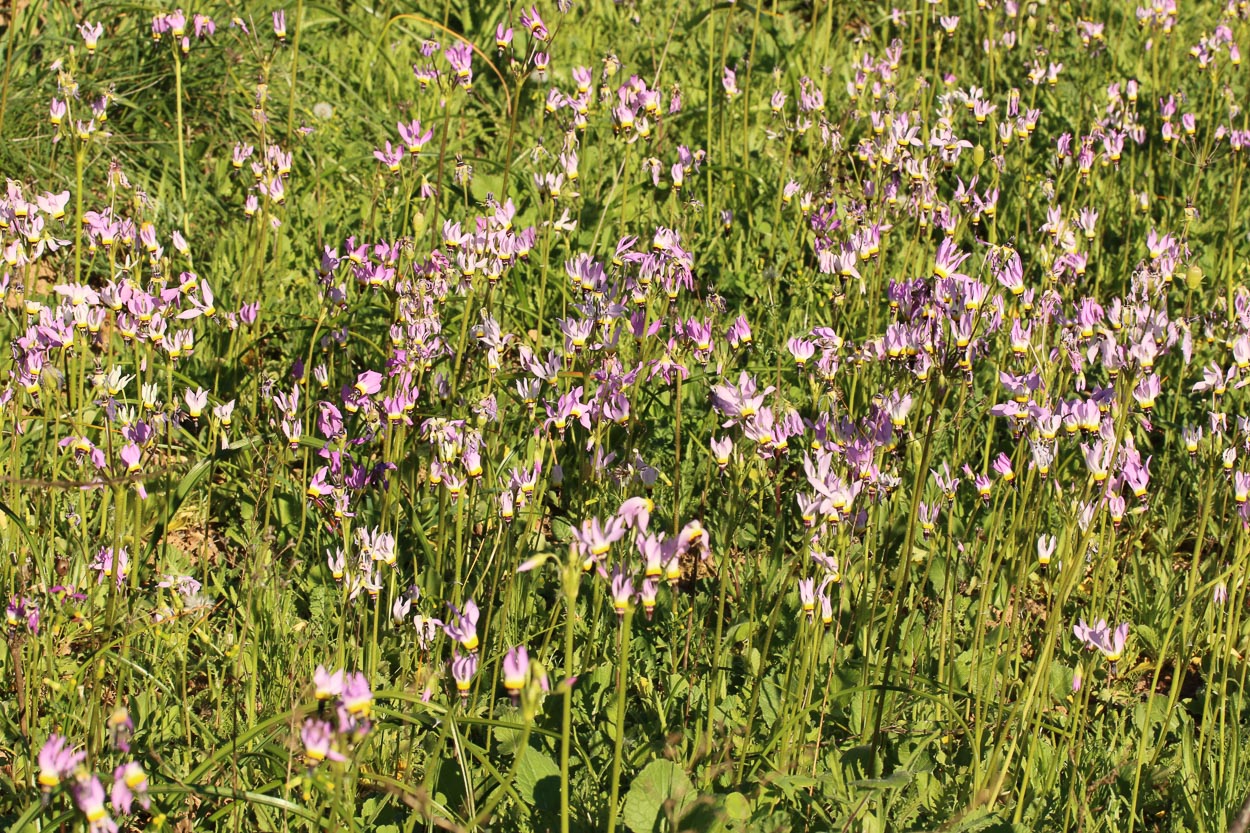 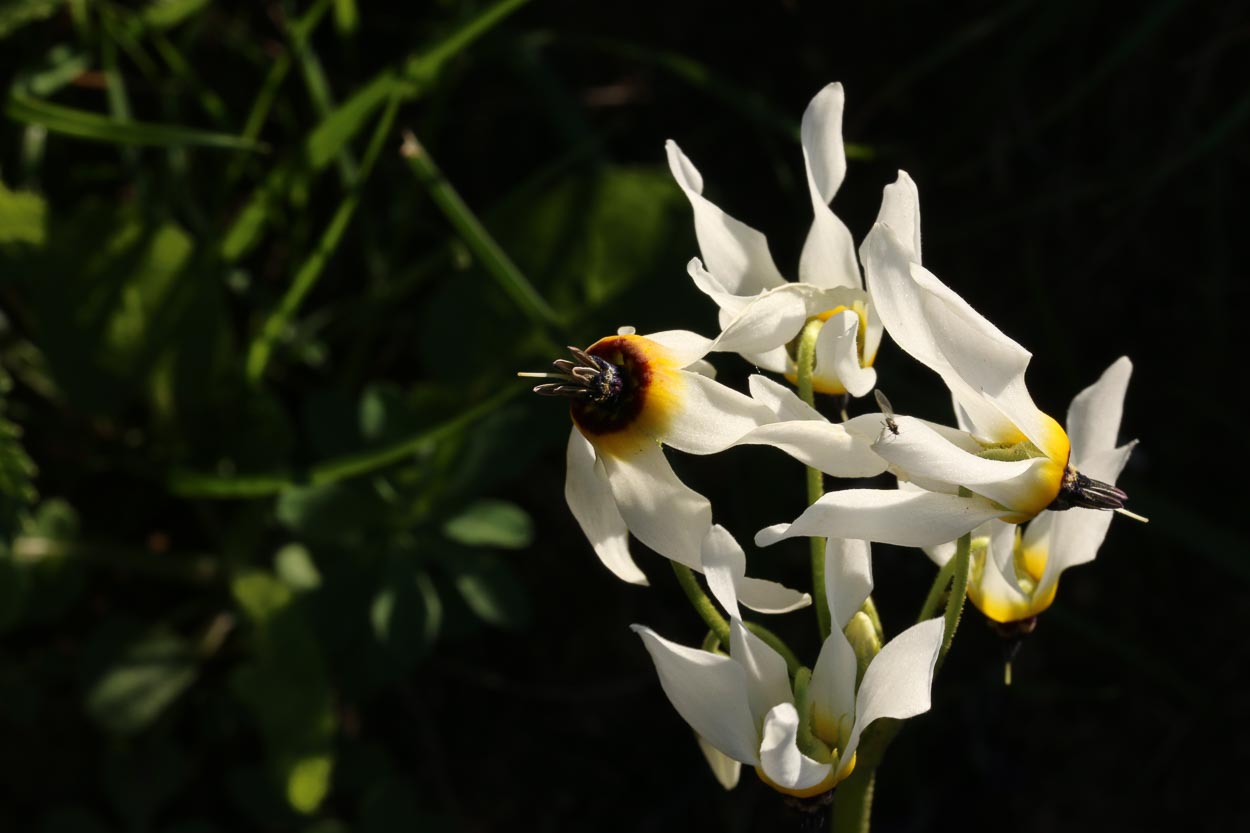 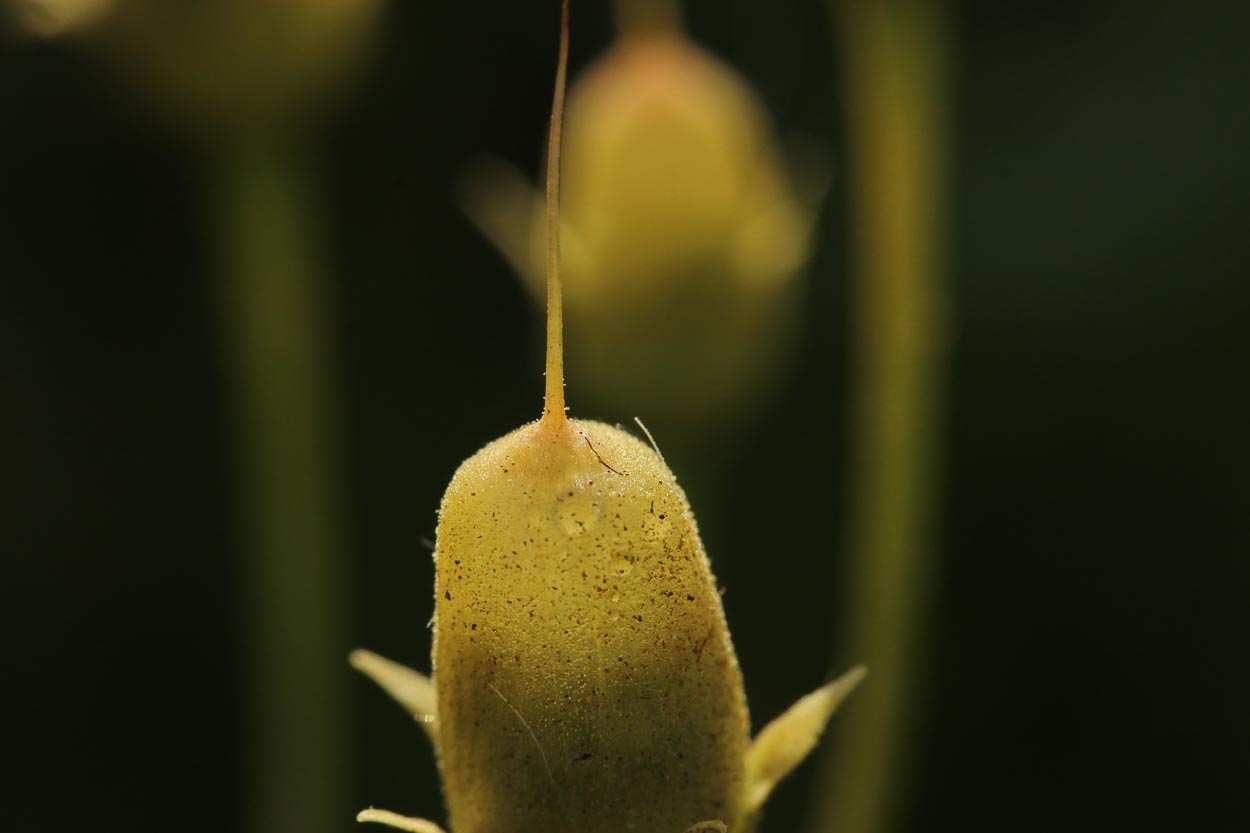 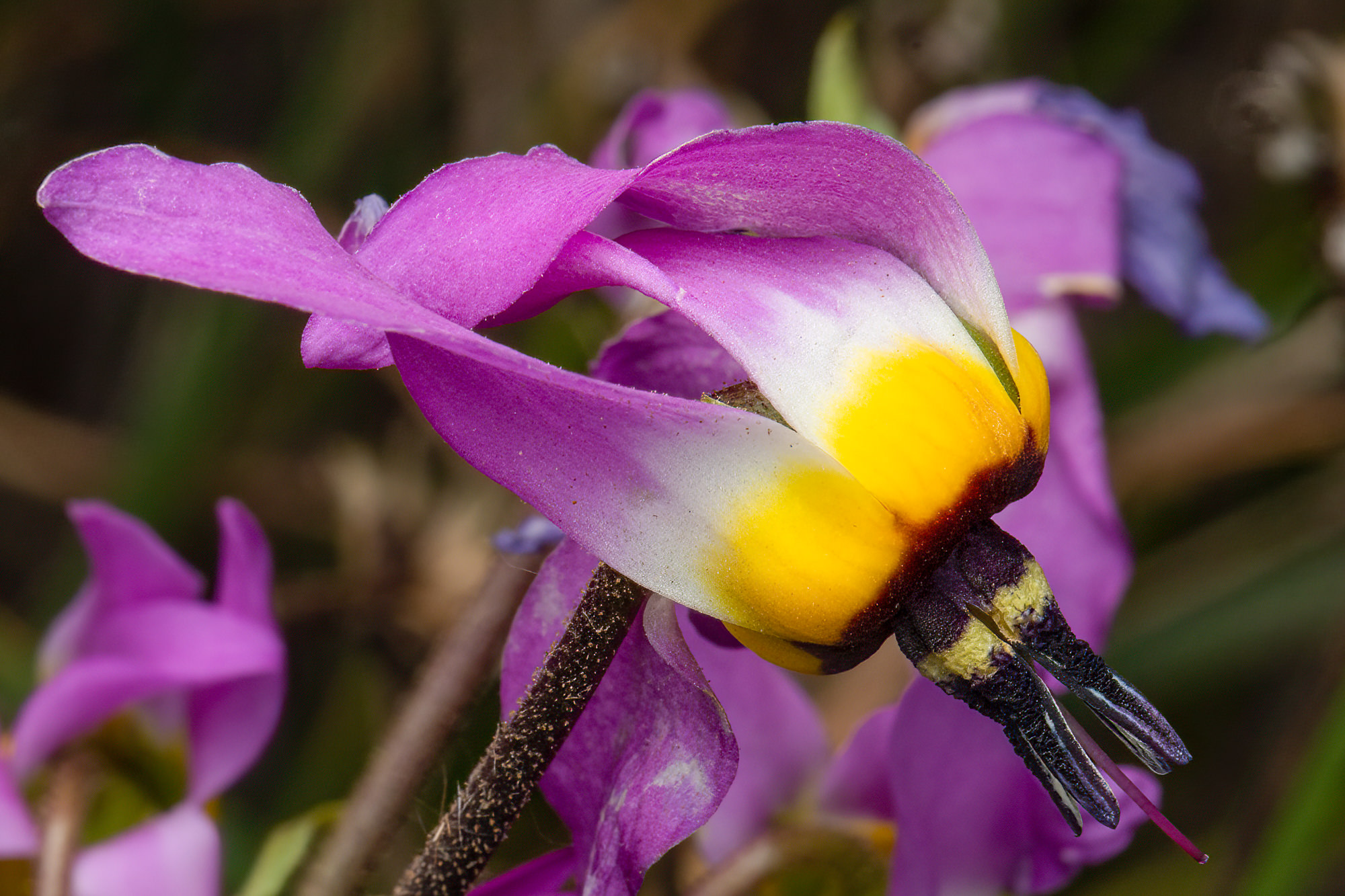 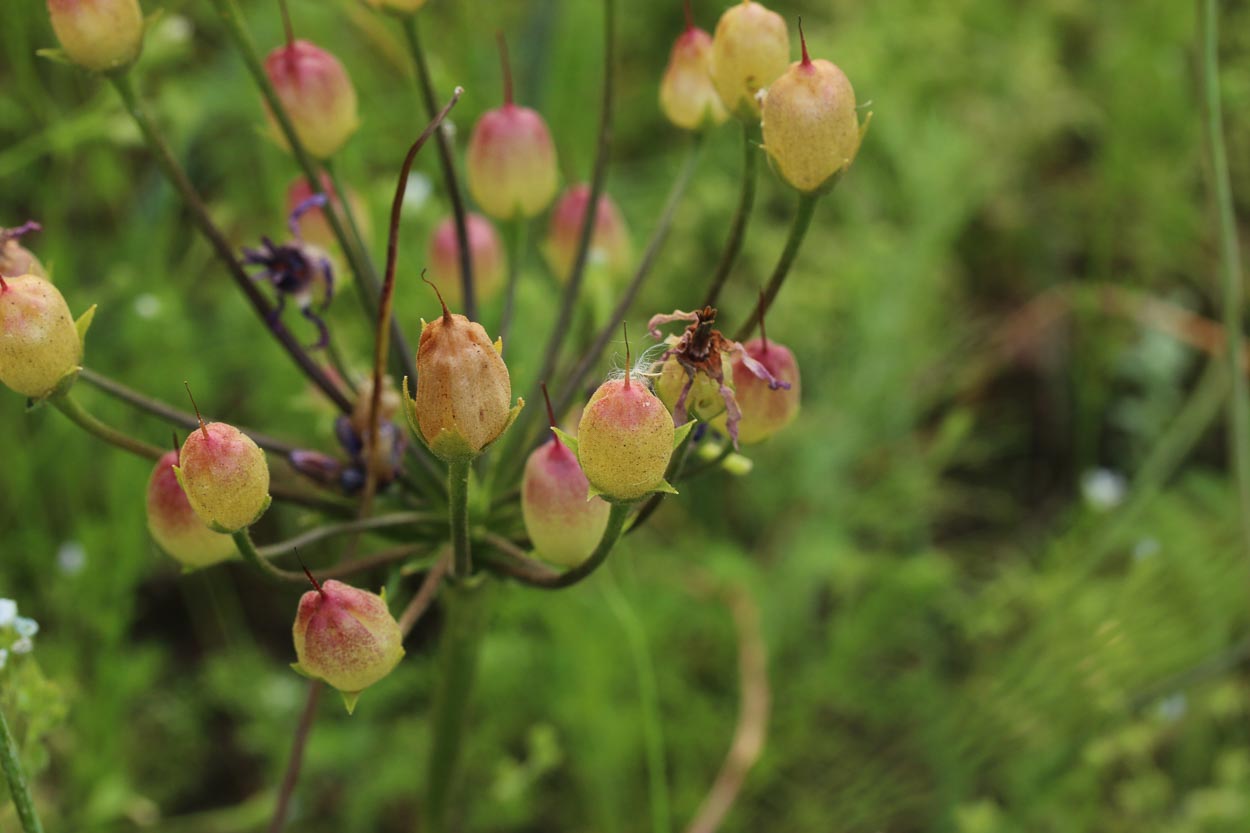 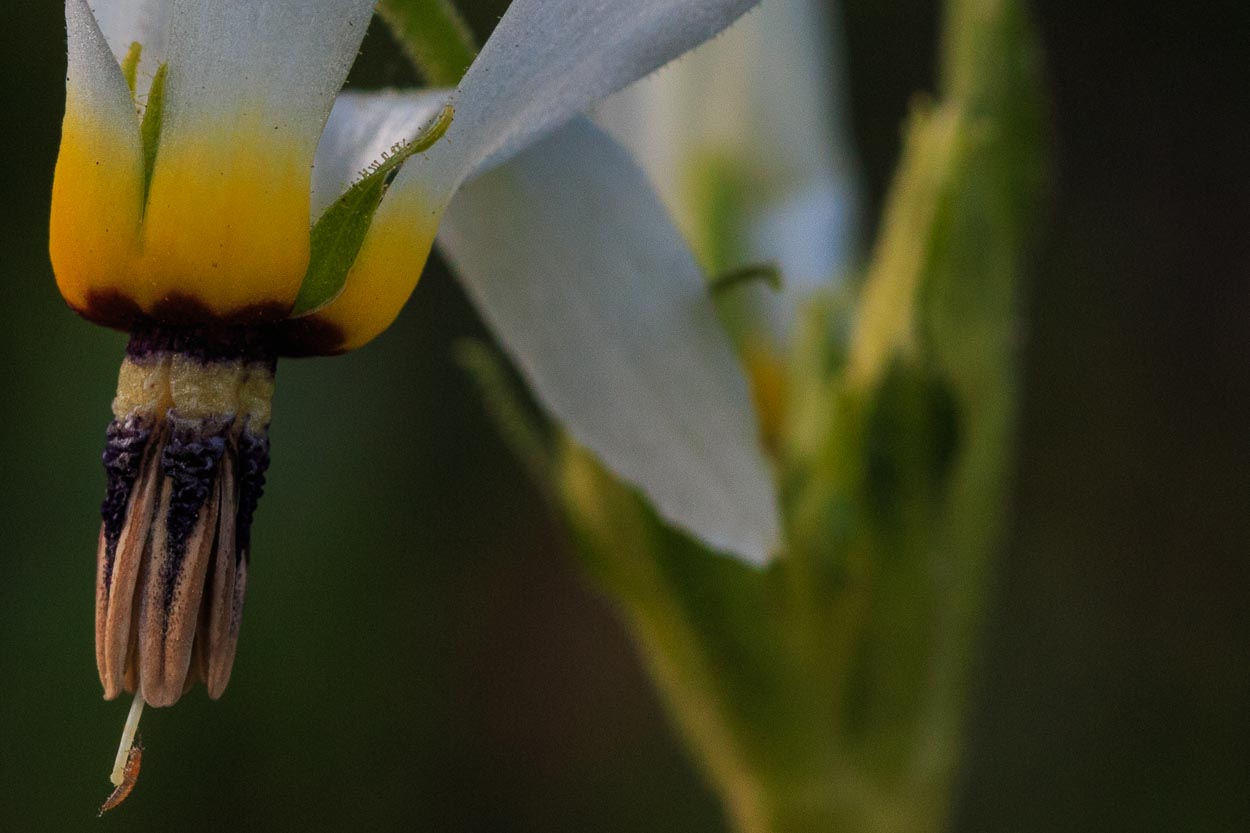 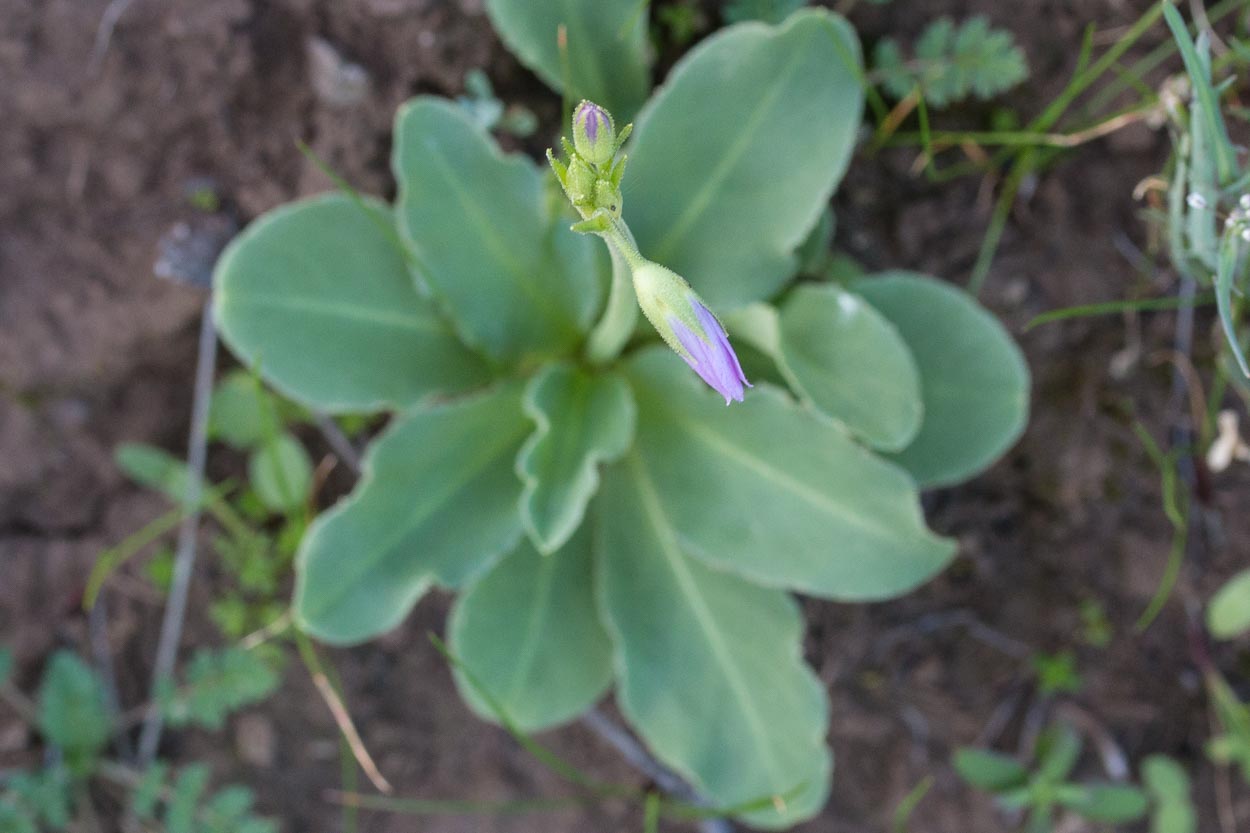 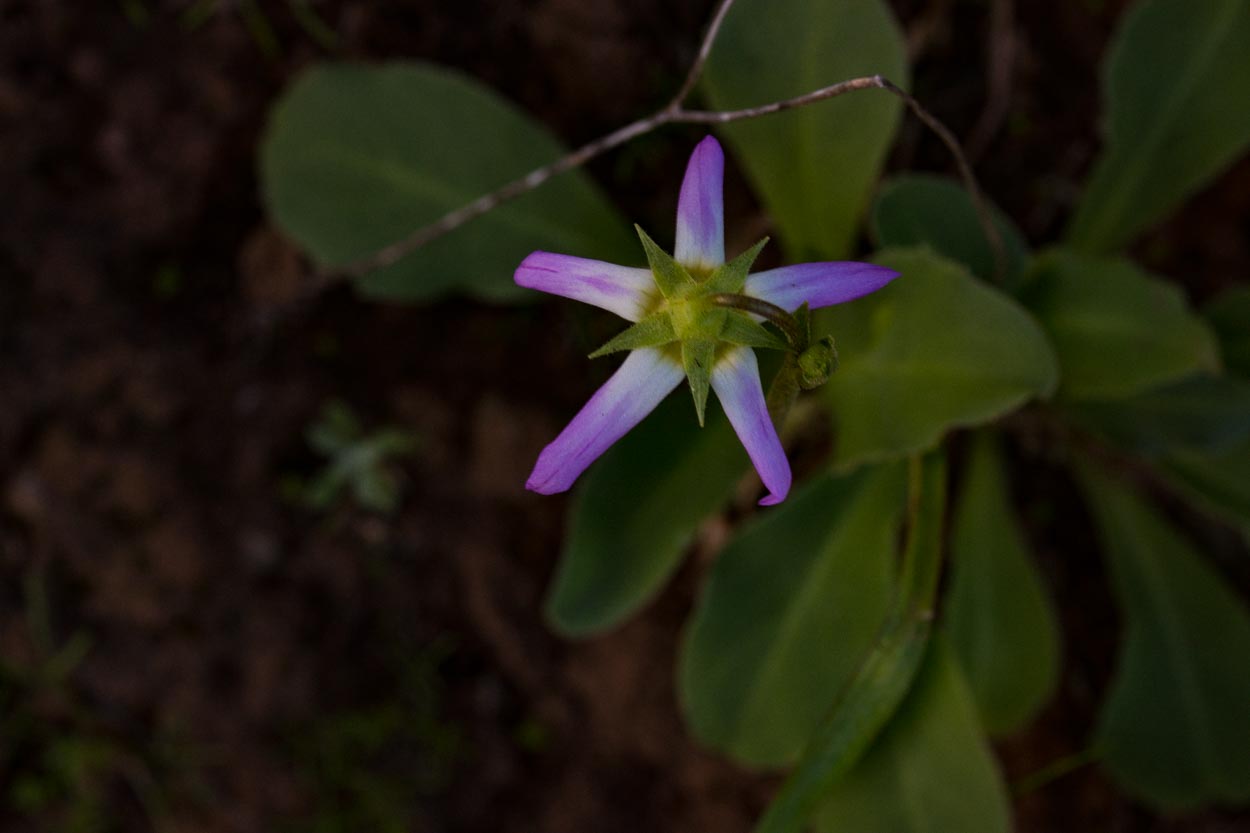 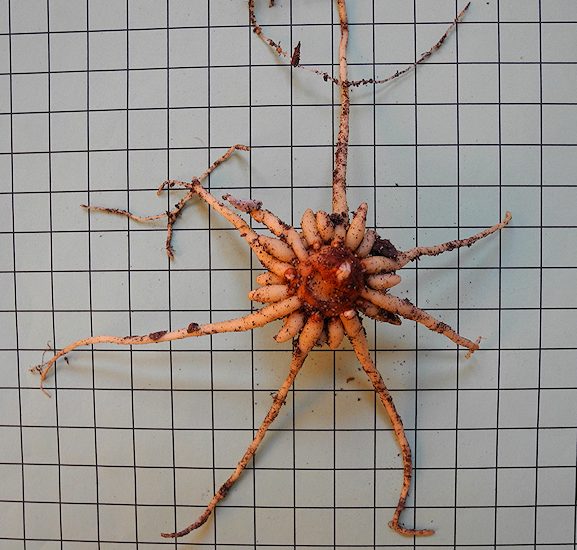 The flowers of Shooting Stars are quite dynamic-looking, resembling a wasp or a bird with purple wings. They are each about an inch in diameter, and have 5 petals which range in color from white to pink to lavendar to magenta, but start out yellow at the base. Most often the magenta-and-white beak-like stamens point downwards and petals point upwards, but some can also be found orienting the opposite. The plant blooms from February to April.

Shooting Star starts in early winter as a rosette of leaves, about a foot in diameter, growing close to the ground. The leaves are each about 3 inches long and spade-shaped. A solitary, sturdy, slightly hairy stalk arises from the leafy base and grows from a few inches to about a foot or more high. Near the top the stem branches to carry several-to-many nodding flowers. The plant commonly appears in moist soil in open places like meadows or other open spots alongside trails. The leaves die out in the heat of summer.

The name of this plant has changed to Primula clevelandii due to Botanists applying new tools to their research.

Name Origin:Link to Calfora.net - the best source of this information
Prim'ula: from the Latin primus or primulus, "first," and referring to early-flowering. In medieval times, the daisy was called primula veris or "firstling of spring" (ref. genus Primula). The name many of us learned - Dodecatheon means "12 gods". There is some debate whether this is a reference to it being a powerful medicine under the care of the 12 Olympian gods, or perhaps the possibility of having 12 flowers to represent these gods. Clevelandii refers to Daniel Cleveland, a lawyer, botanical collector, author, and founding member of the San Diego Natural History Society.

Some photos on this page were taken on February 23, 2008, in a rocky meadow along the Mishe Mokwa / Sandstone Peak Trail, between Tri-Peaks and Split Rock. The photo of the rhizome or geophyte was provided by Mary Sue Ittner from the Pacific Bulb Society and is of a Dodecatheon hendersonii. The photo was included because I did not want to dig one of these beautiful plants up but did want to show you why this plant is a perennial. The rhizome contains food/starches that allow the plant to live more than a season. This also helps a plant to colonize an area.