Plant of the Month - Skull Caps 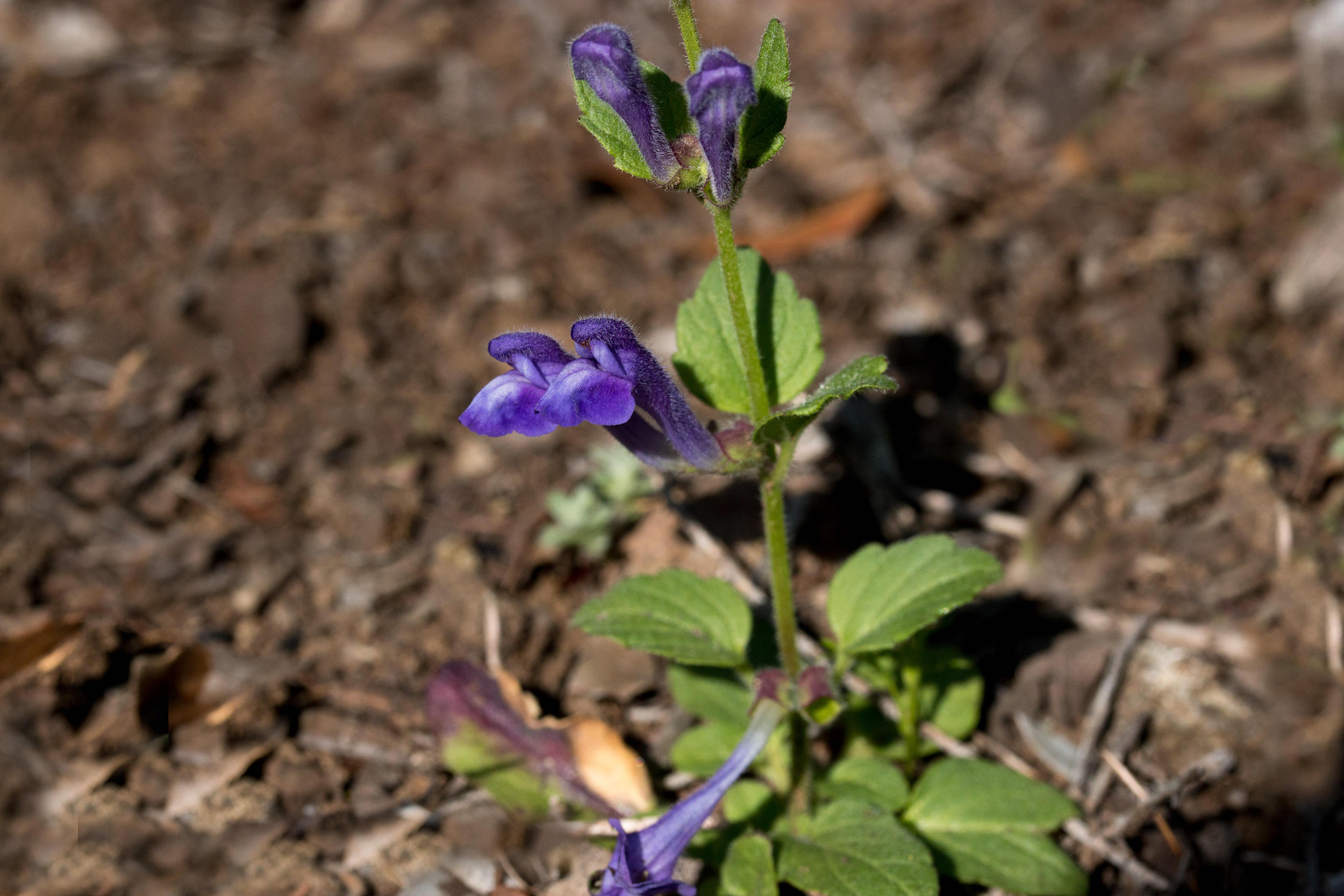 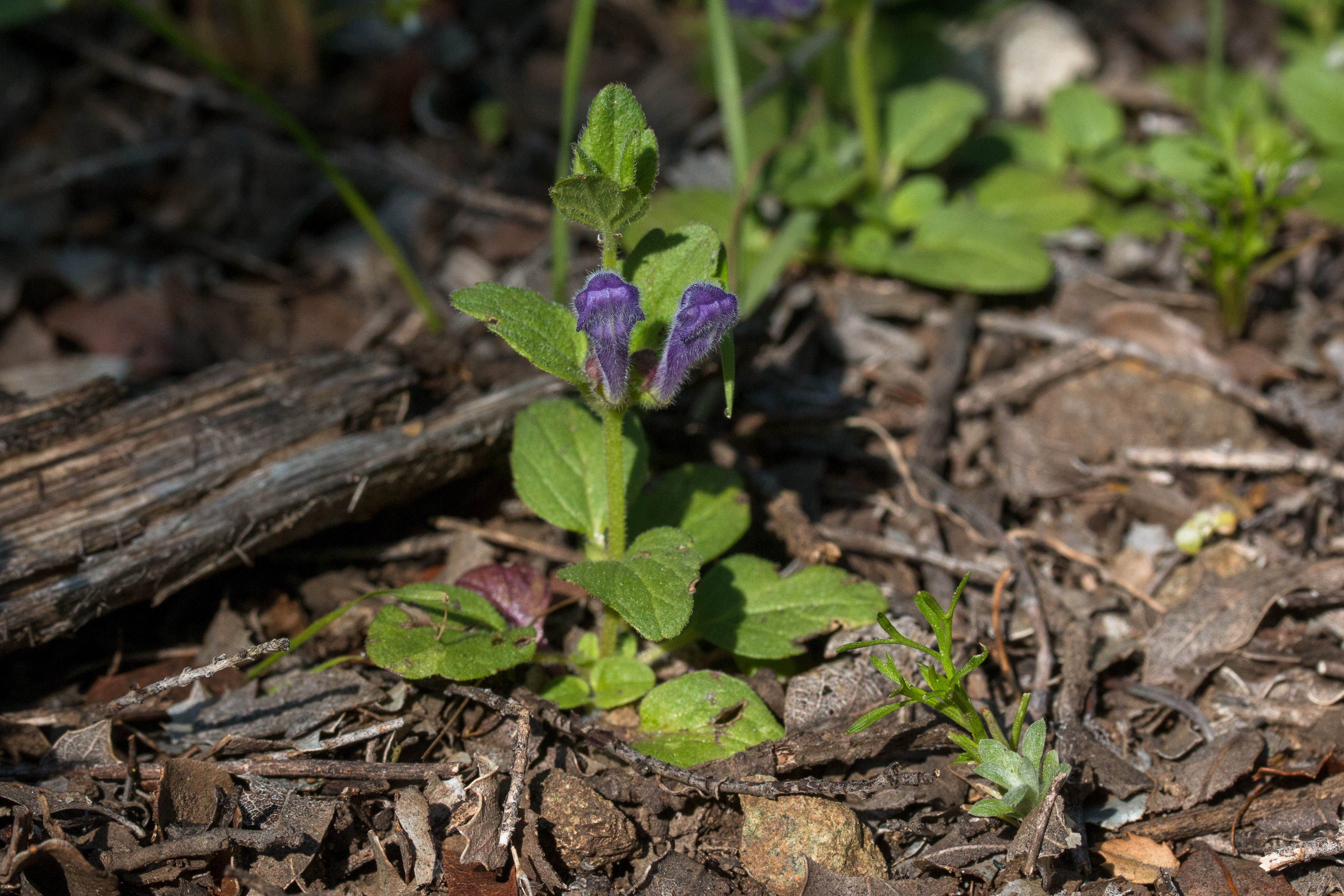 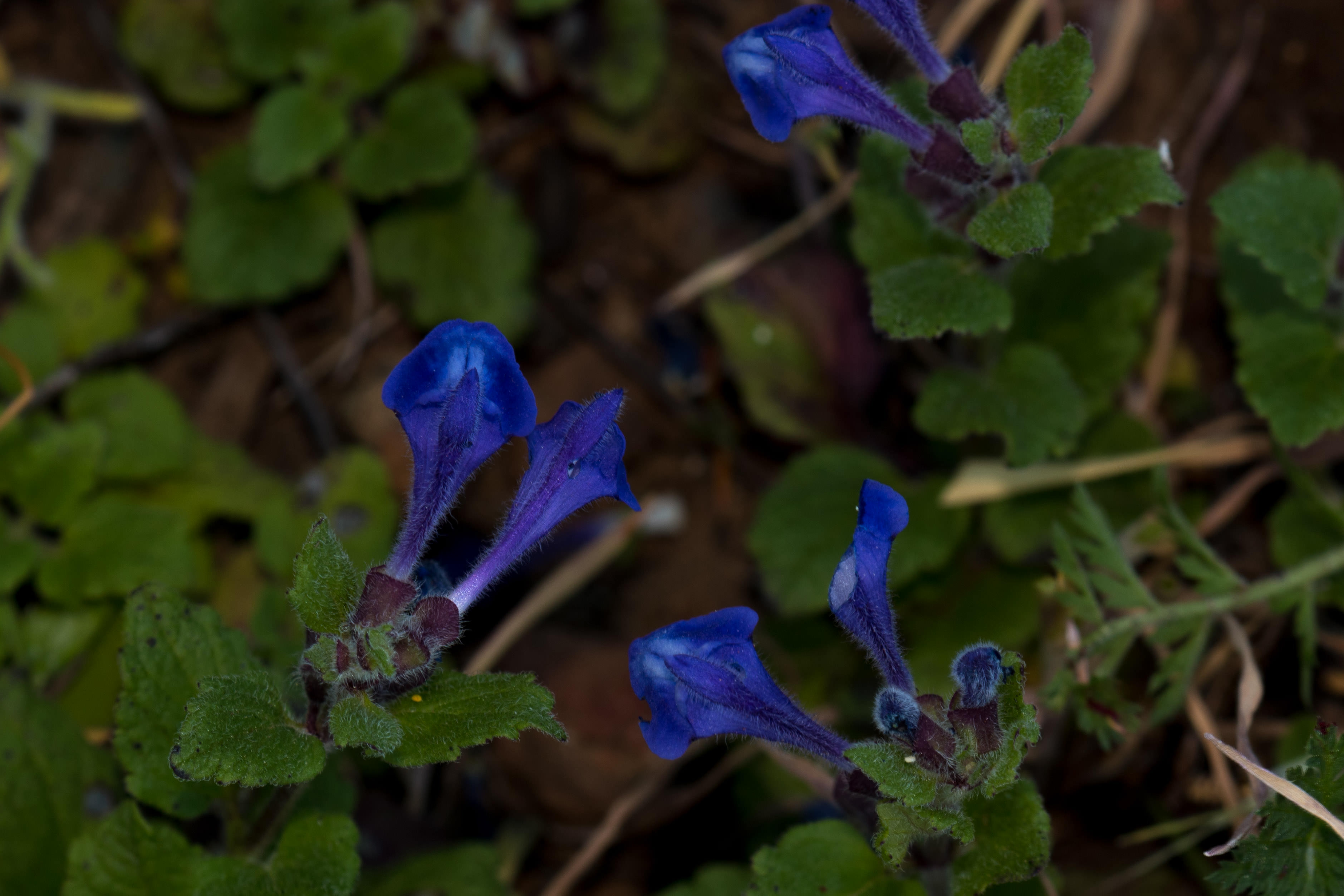 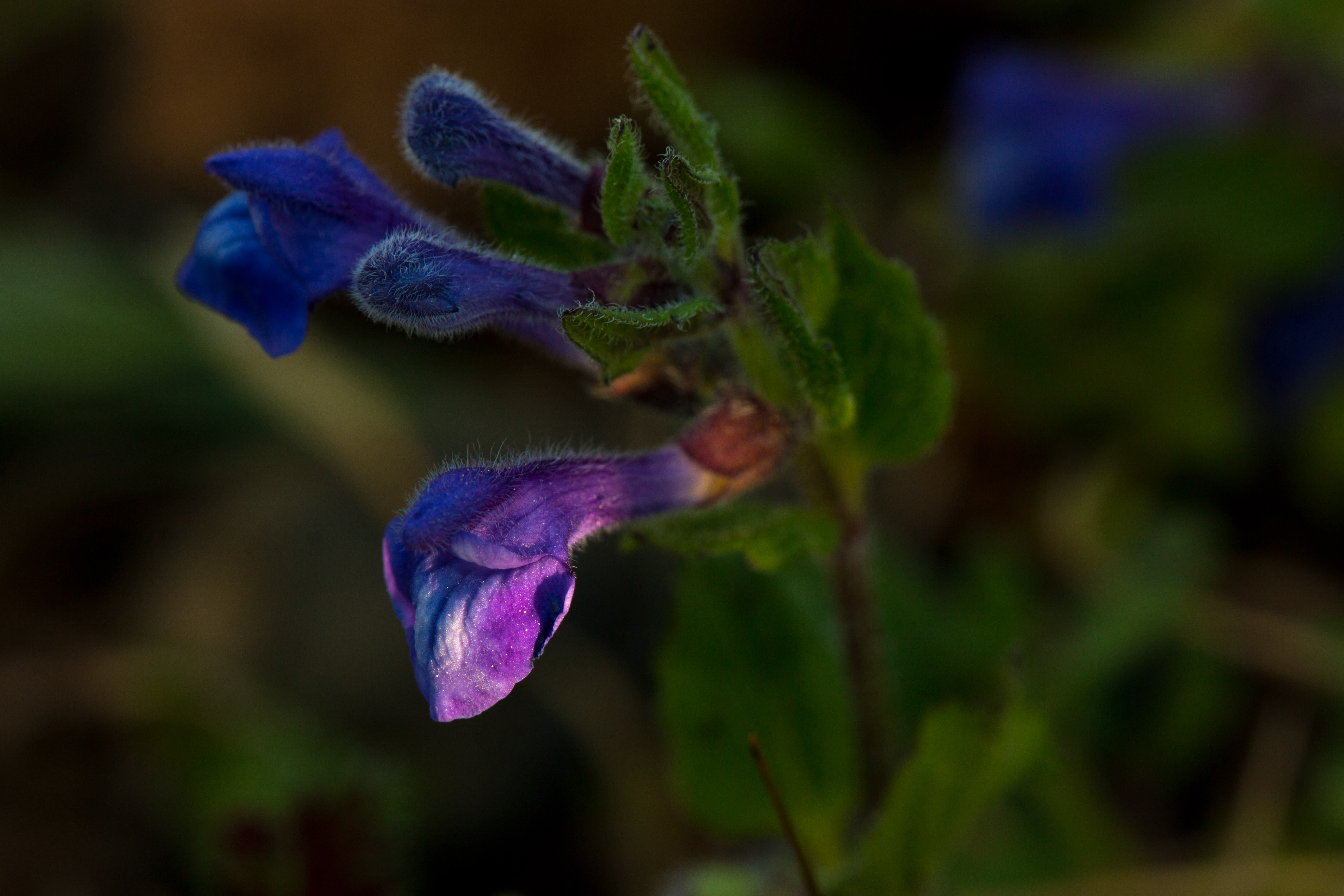 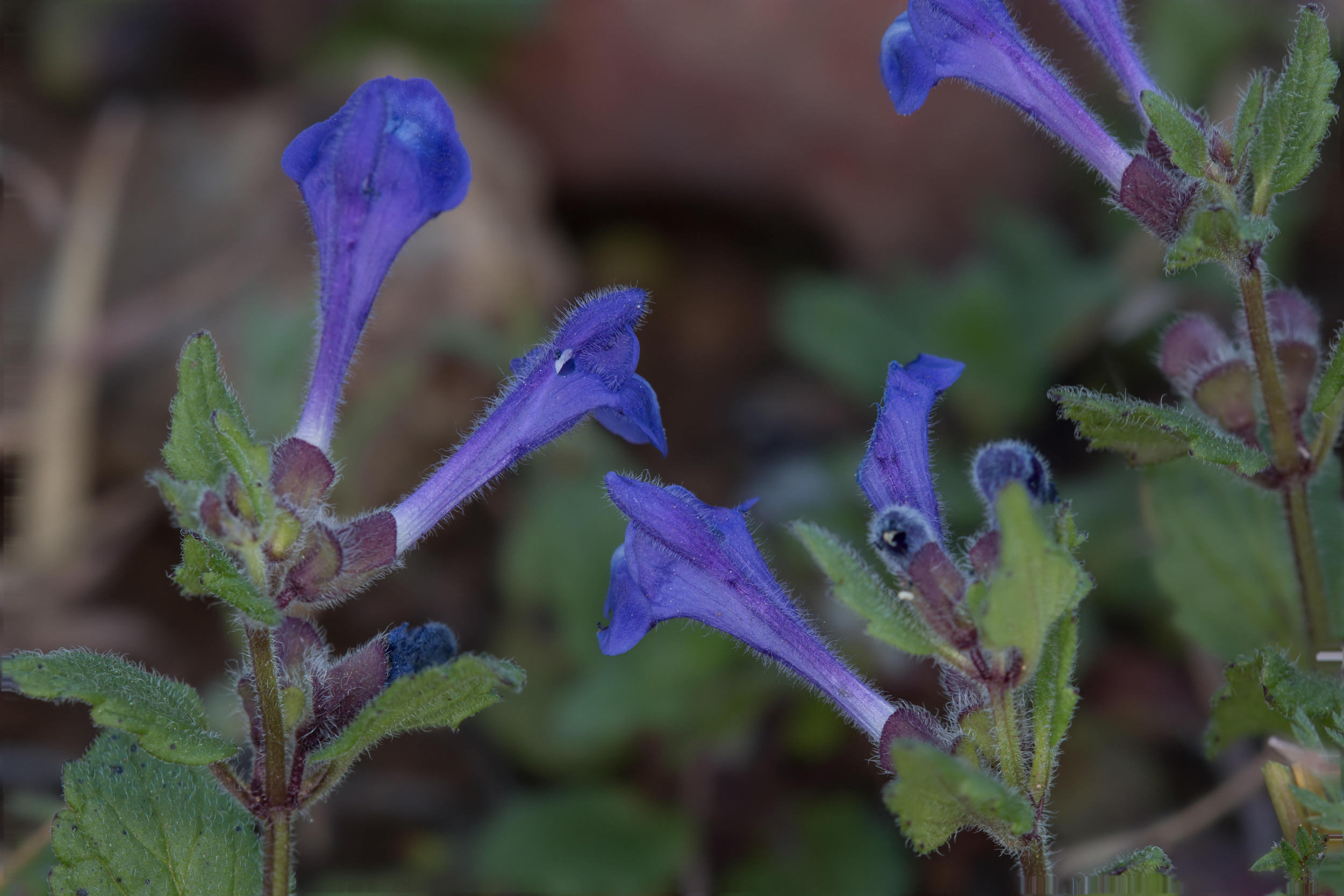 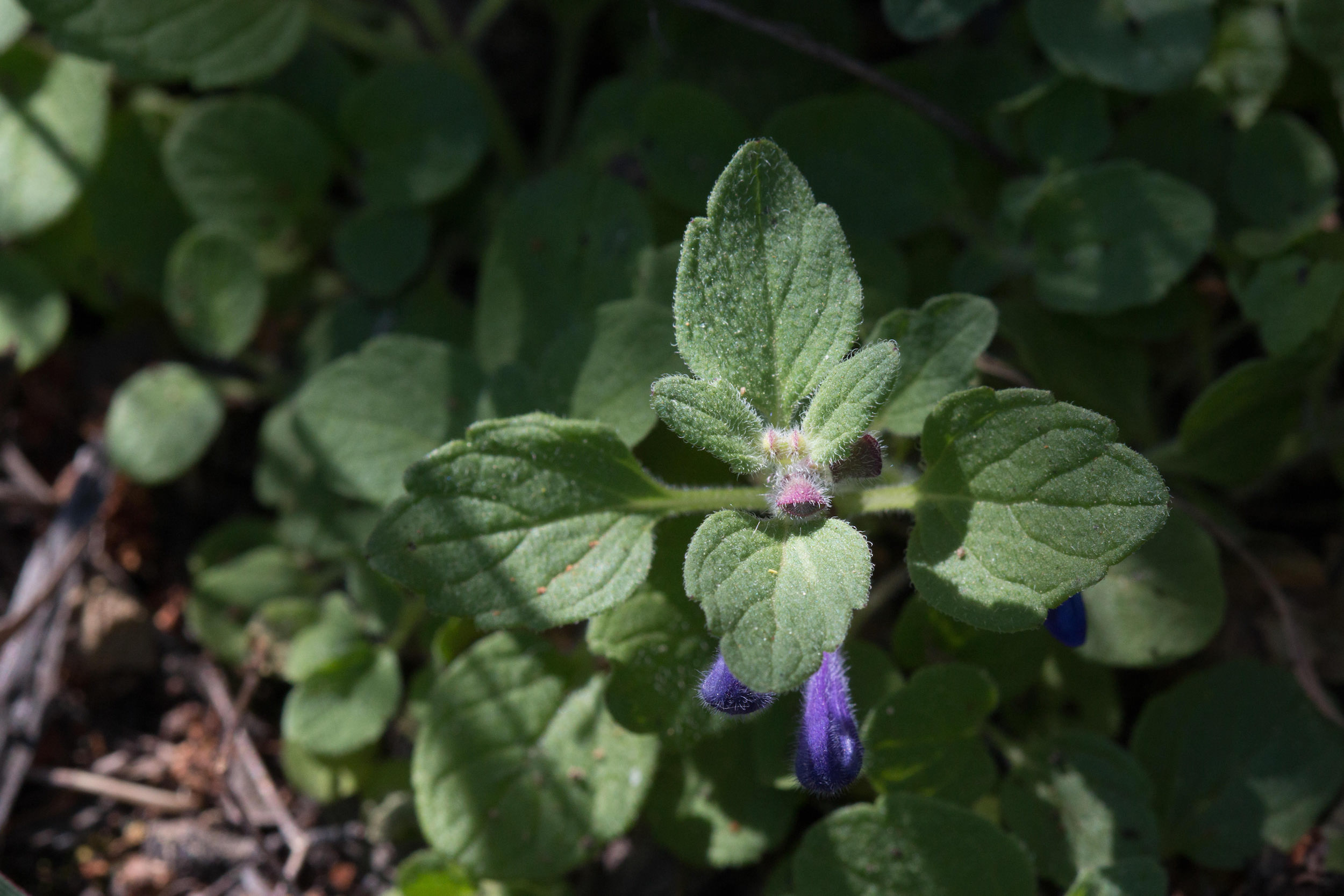 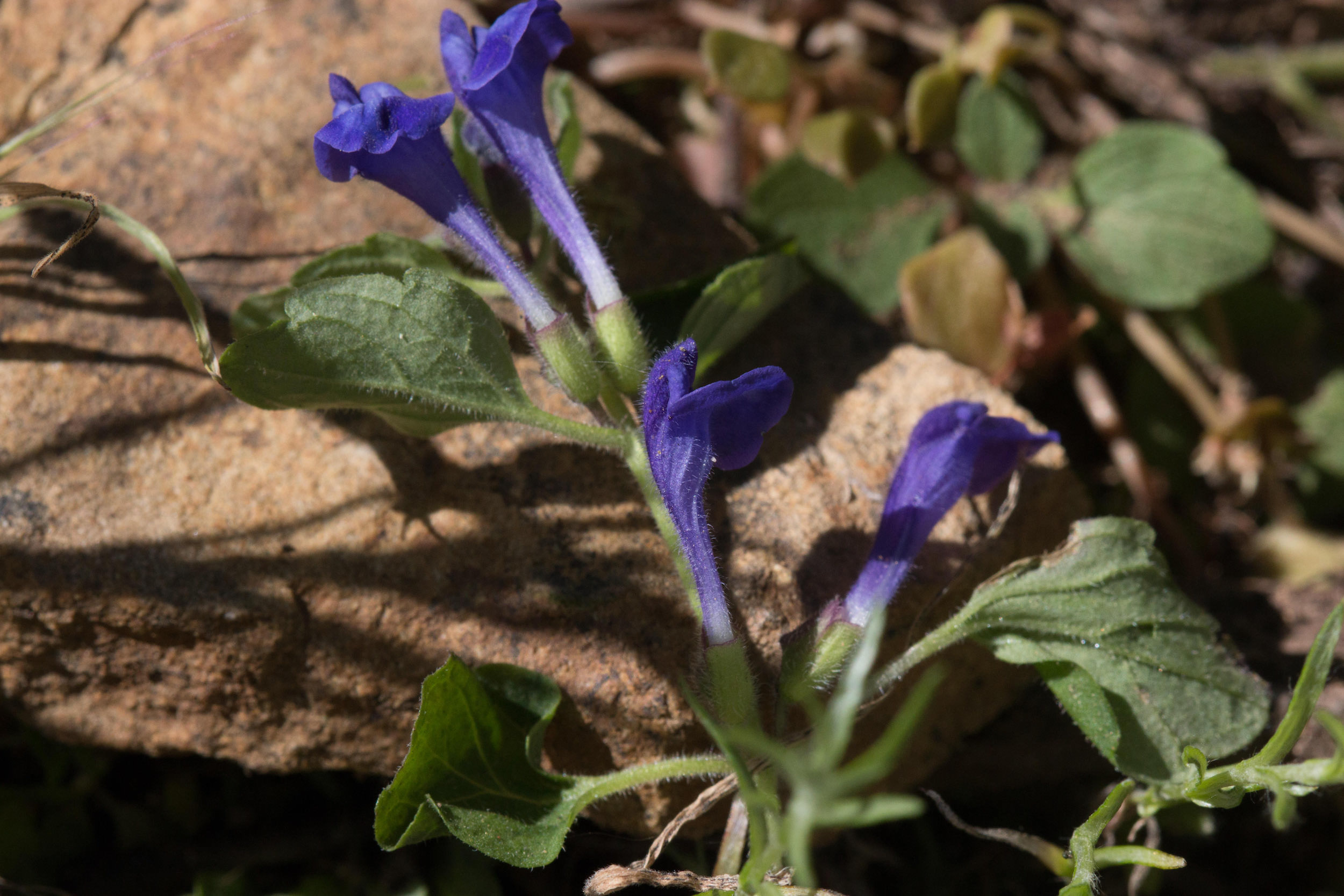 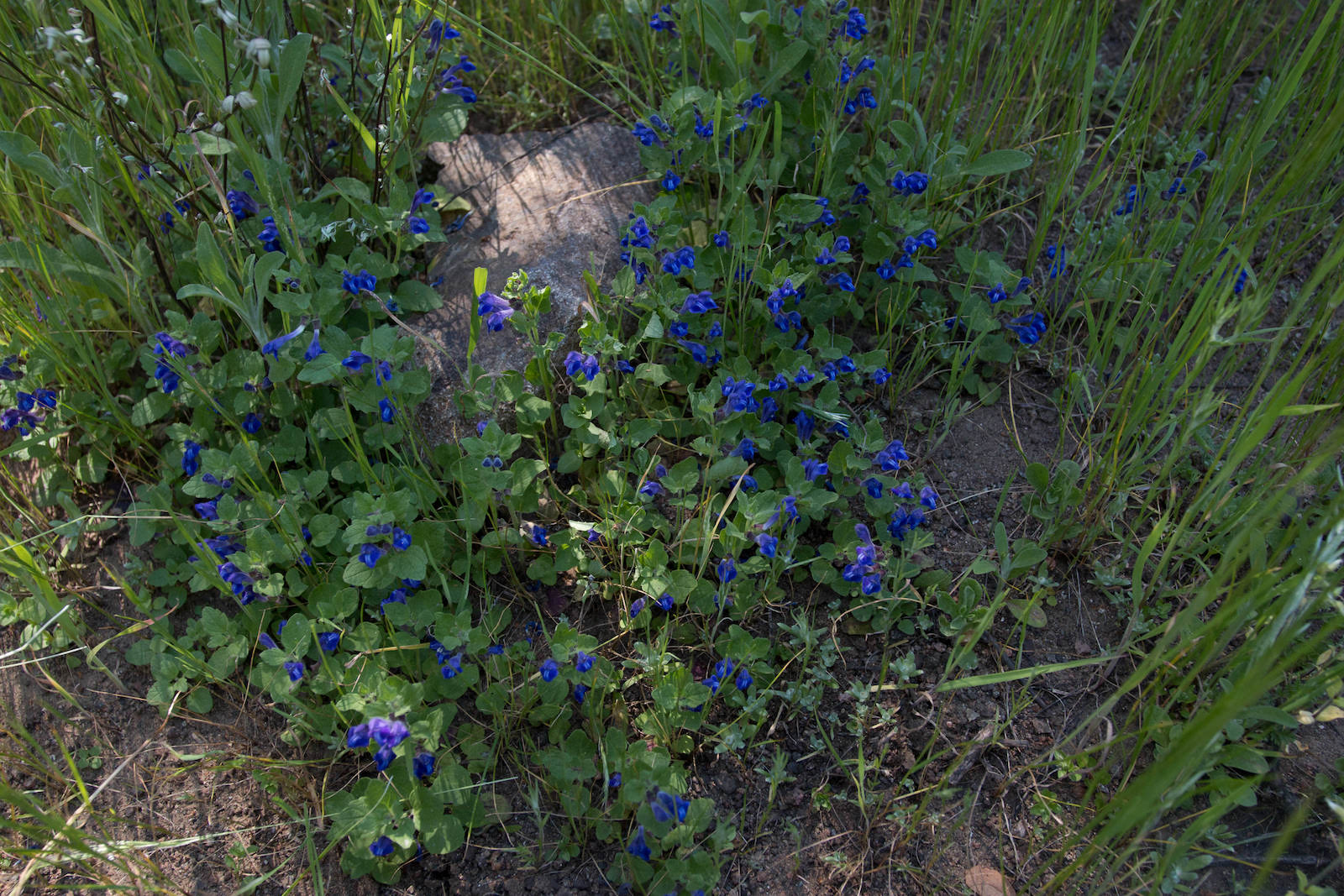 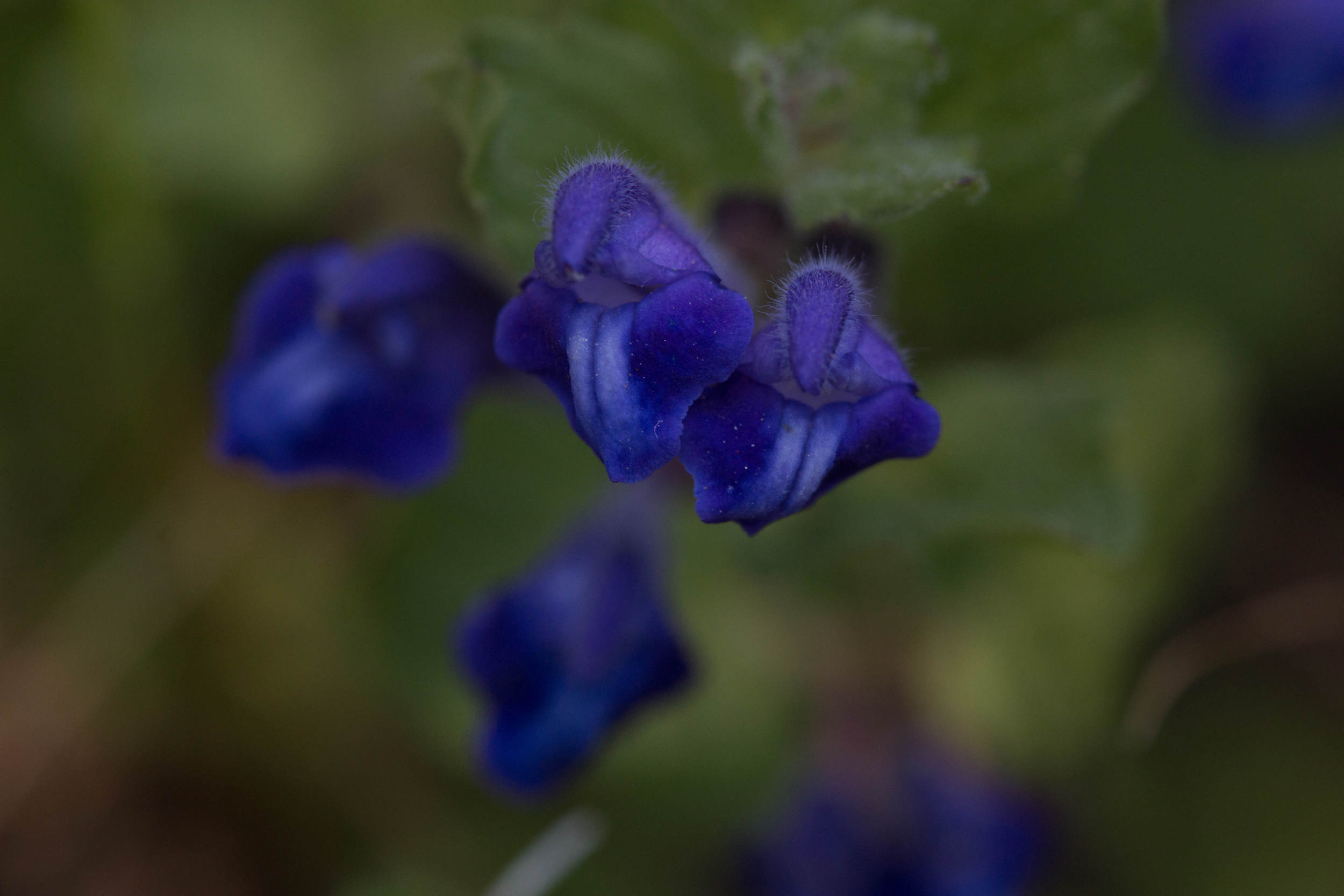 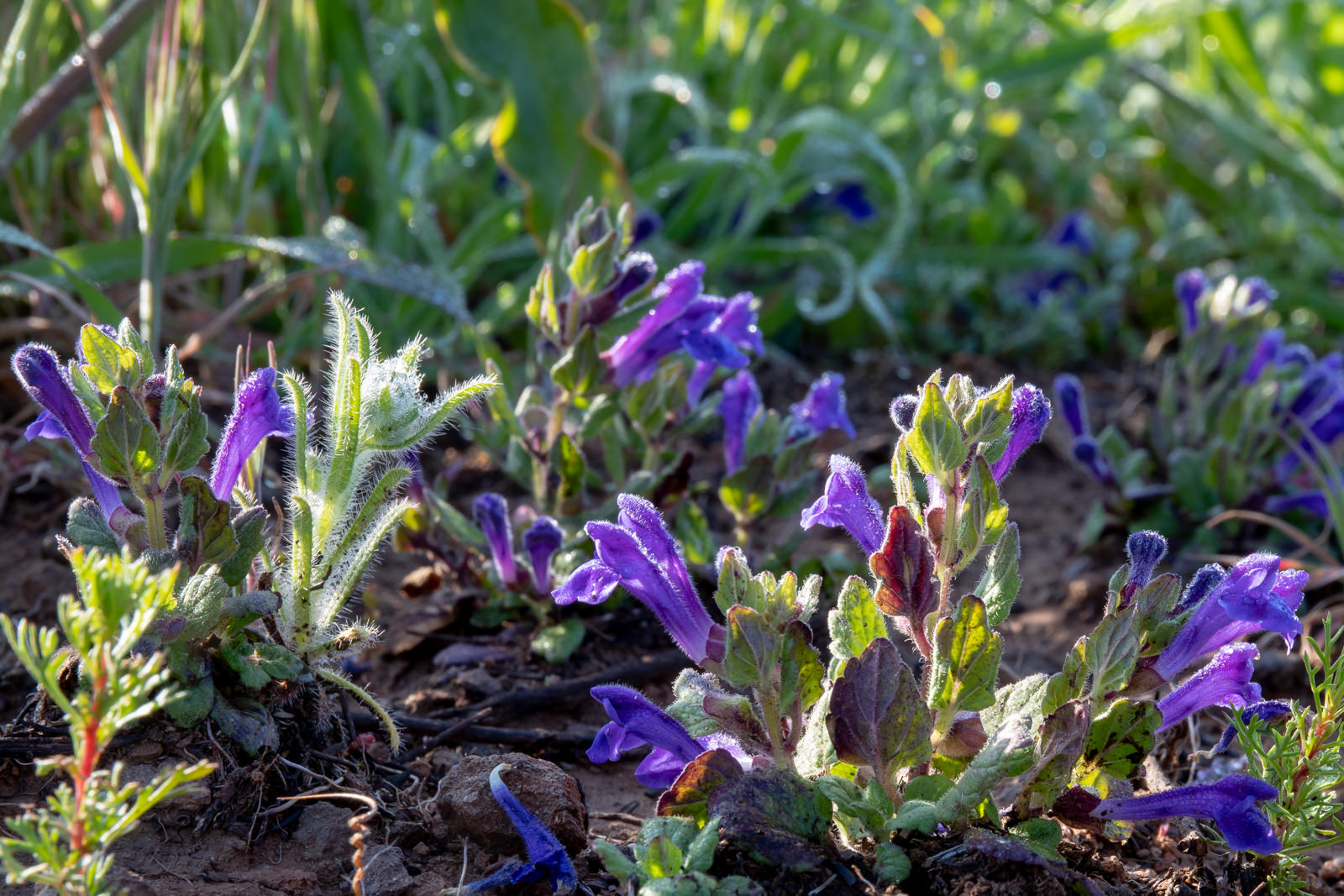 This diminutive member of the Mint family, Scutellaria tuberosa is also known by the common name Danny's skullcap. Native to western North America from Oregon through California to Baja California, where it is widespread throughout the mountain and coastal regions; found in forest and woodland habitat, preferring areas recently cleared by wildfire. This perennial herb grows from an erect stem or cluster of stems. Reaching heights up to about 22 centimeters (9 inches) tall from a root system of what appear to be tubers. This roots of this plant are classified as rhizomes (a horizontal, usually underground stem that often sends out roots and shoots from its nodes).

Stems covered in short hairs with oval leaves arranged on opposite sides of the stem. Short (stalks) petioles connect the lower leaves. Flowers emerge from axils (between leafstalk and stem). Each flower has a calyx (term used to define a group of sepals) that when unopened appears as a broad ridge or dome-shaped appendage on the upper part. Kind of looks like a head covering - bonnet, skullcap). The tubular corolla is one to two centimeters long and has a large upper and lower lip. The upper lip folded into a beak-like protrusion wit three broad lobes on the lower lip. The corolla is deep purple-blue, usually with a white patch or mottling on the lower lip. Flowers are likely to appear in pairs. Seeing the deep blue/purple flowers is always a treat. Look for them on the side of trails in the underbrush.

The generic name is derived from the Latin scutella, meaning "a small dish, tray or platter", or "little dish", referring to the shape of the calyx. The common name alludes to the resemblance of the same structure to "miniature medieval helmets".