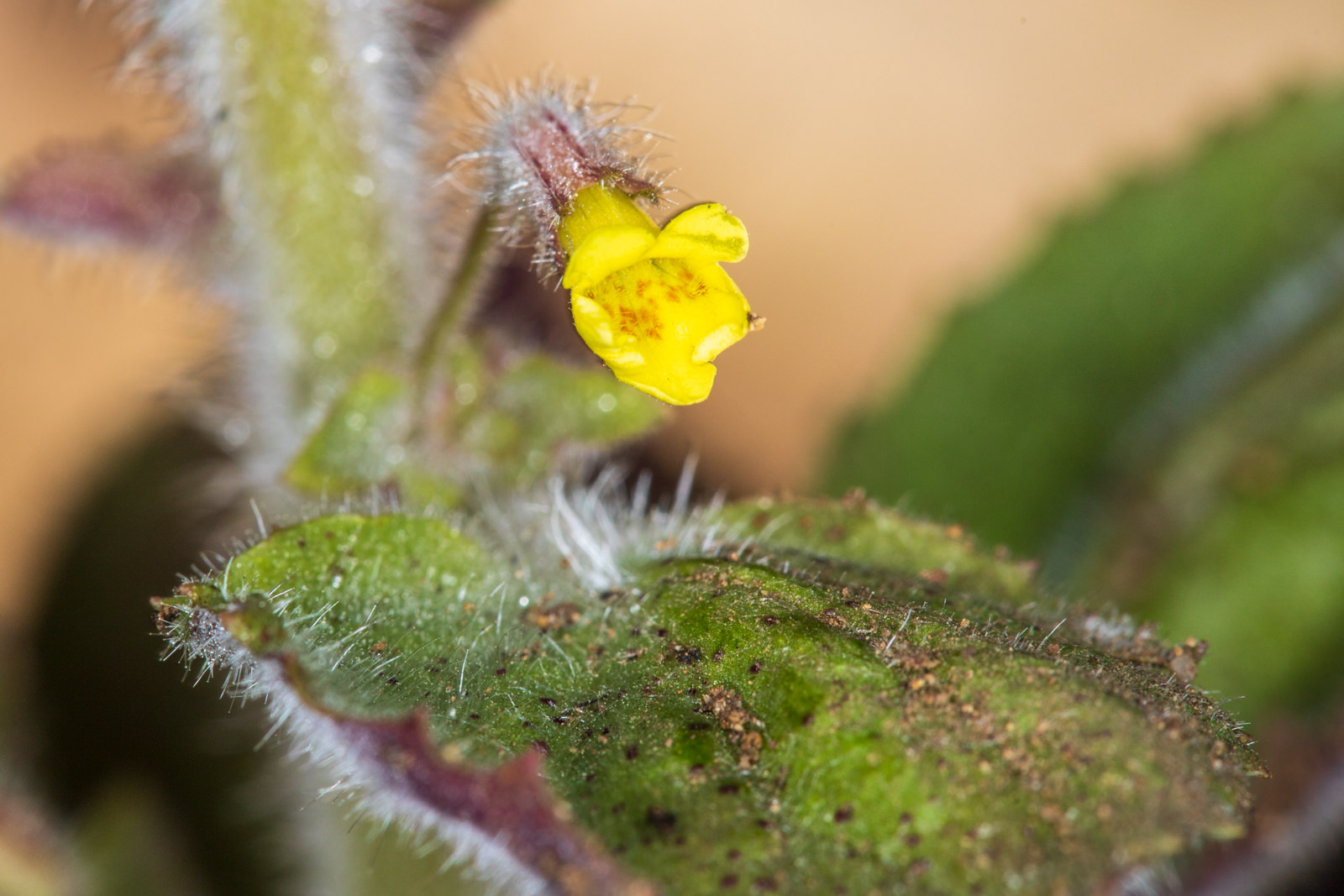 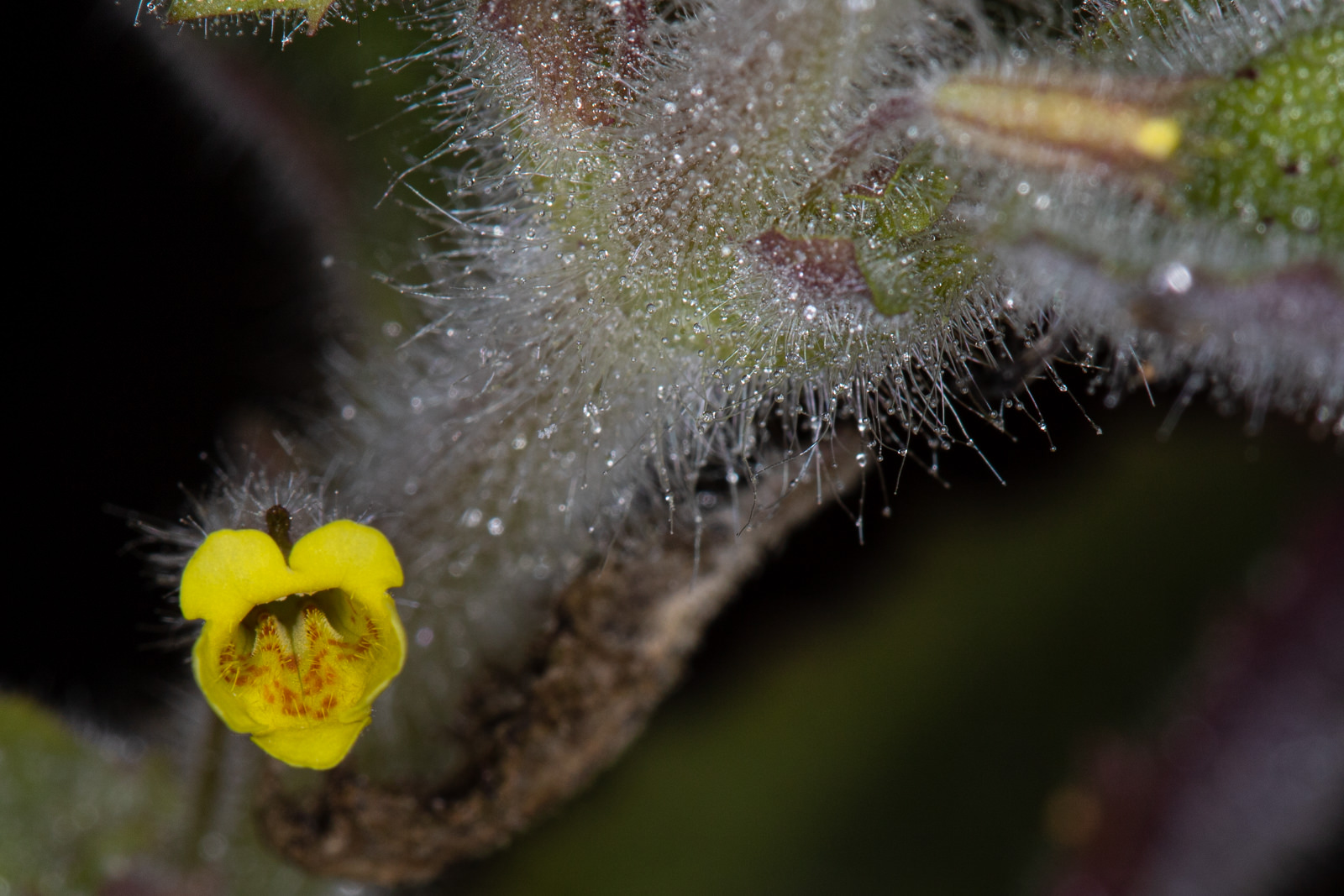 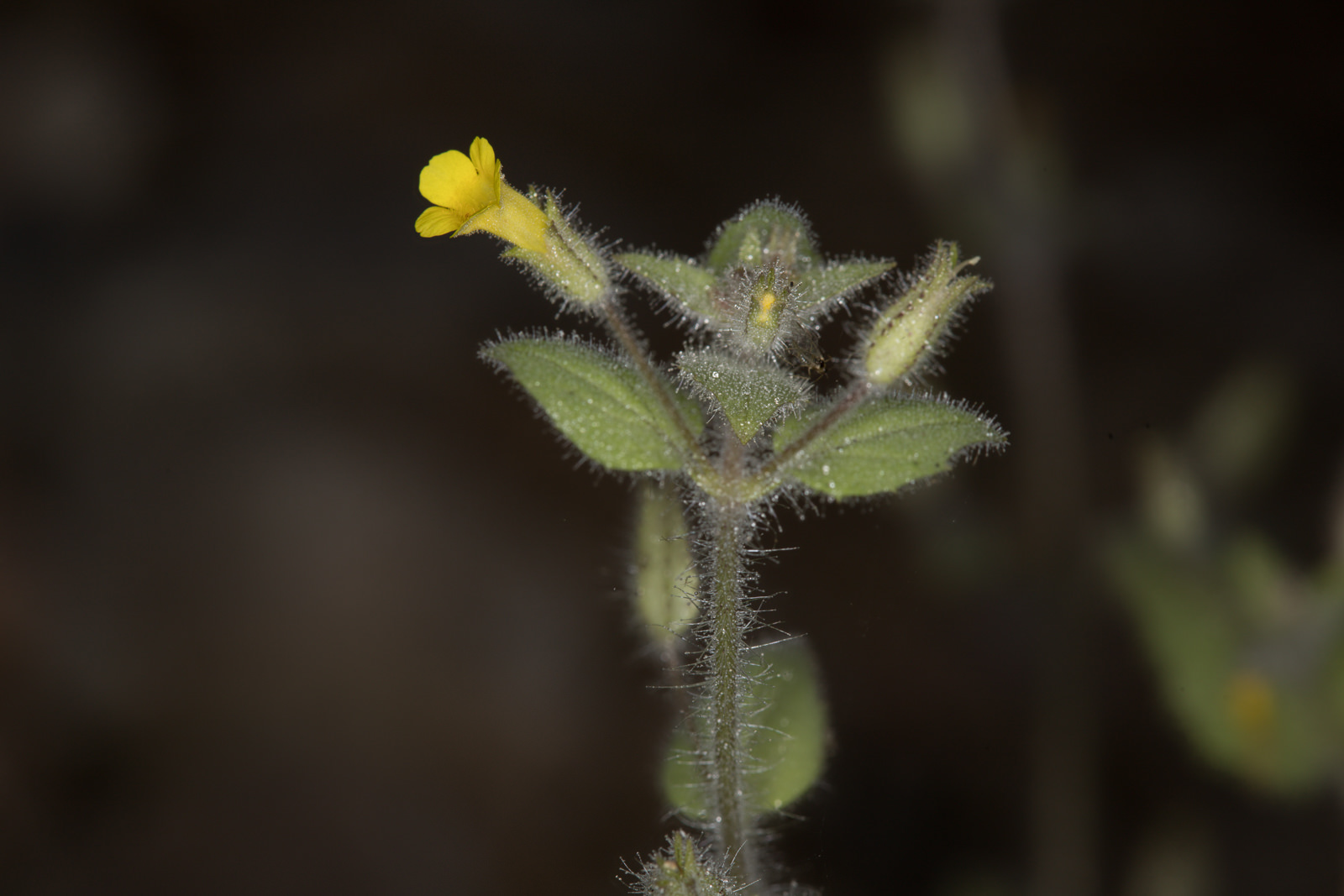 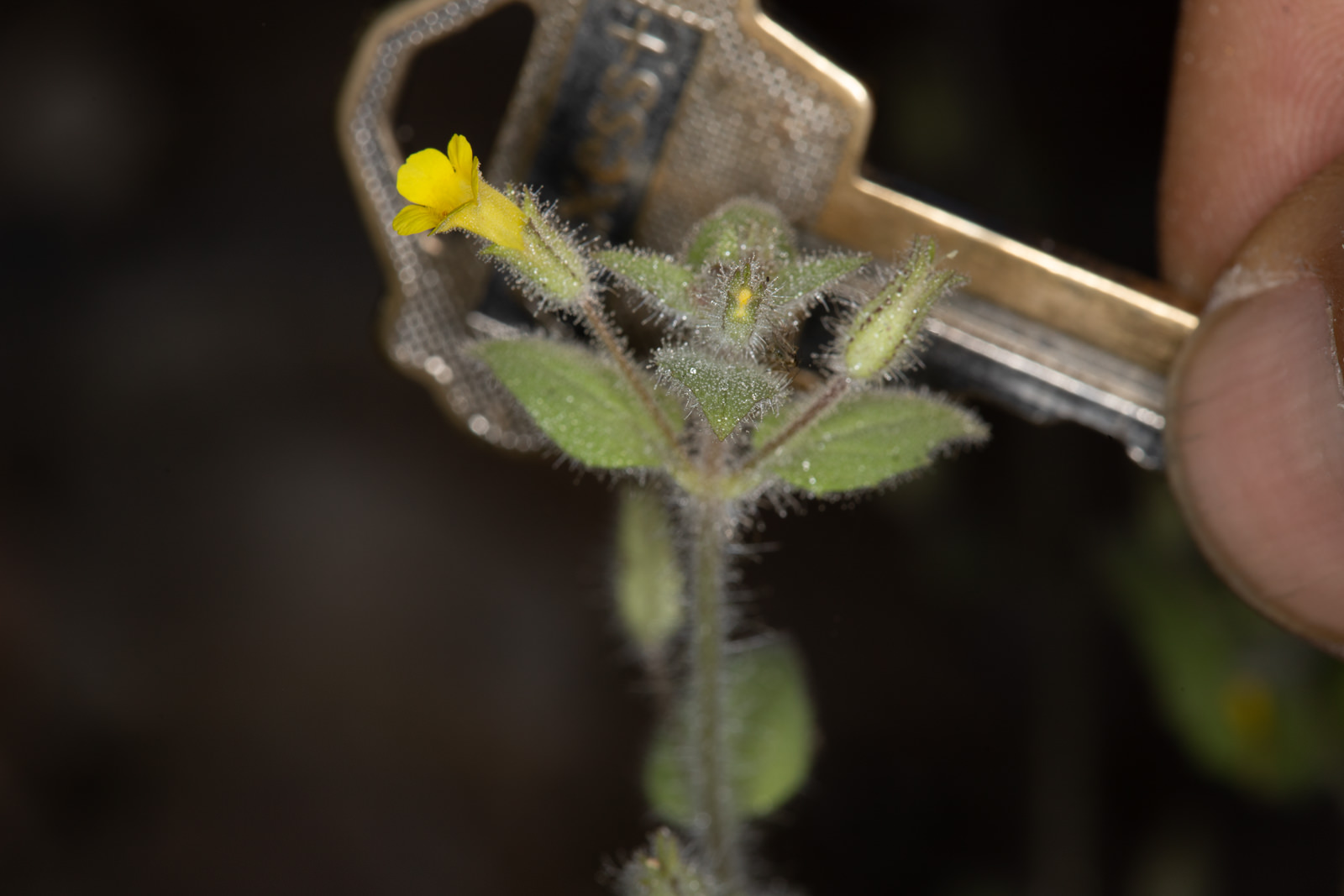 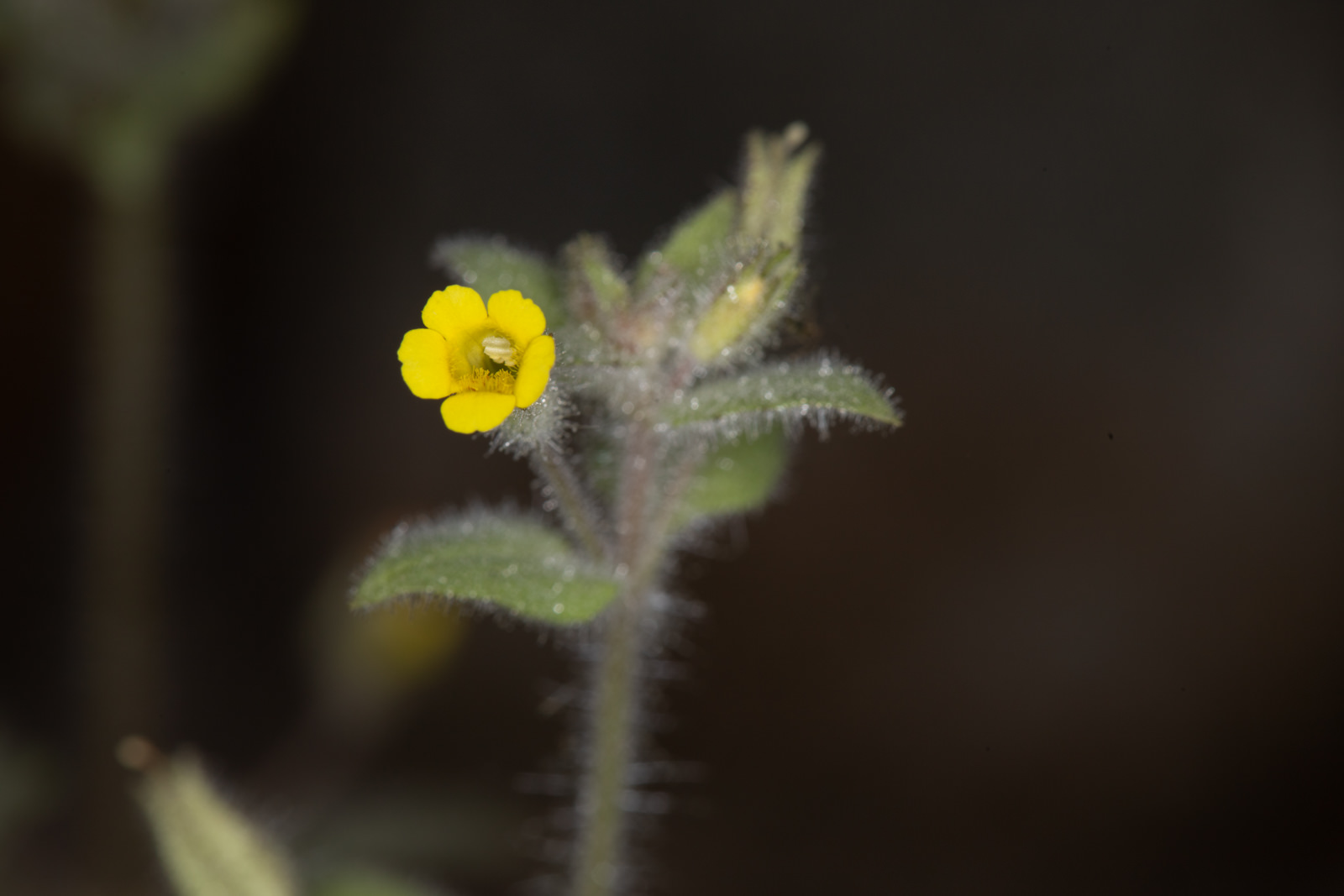 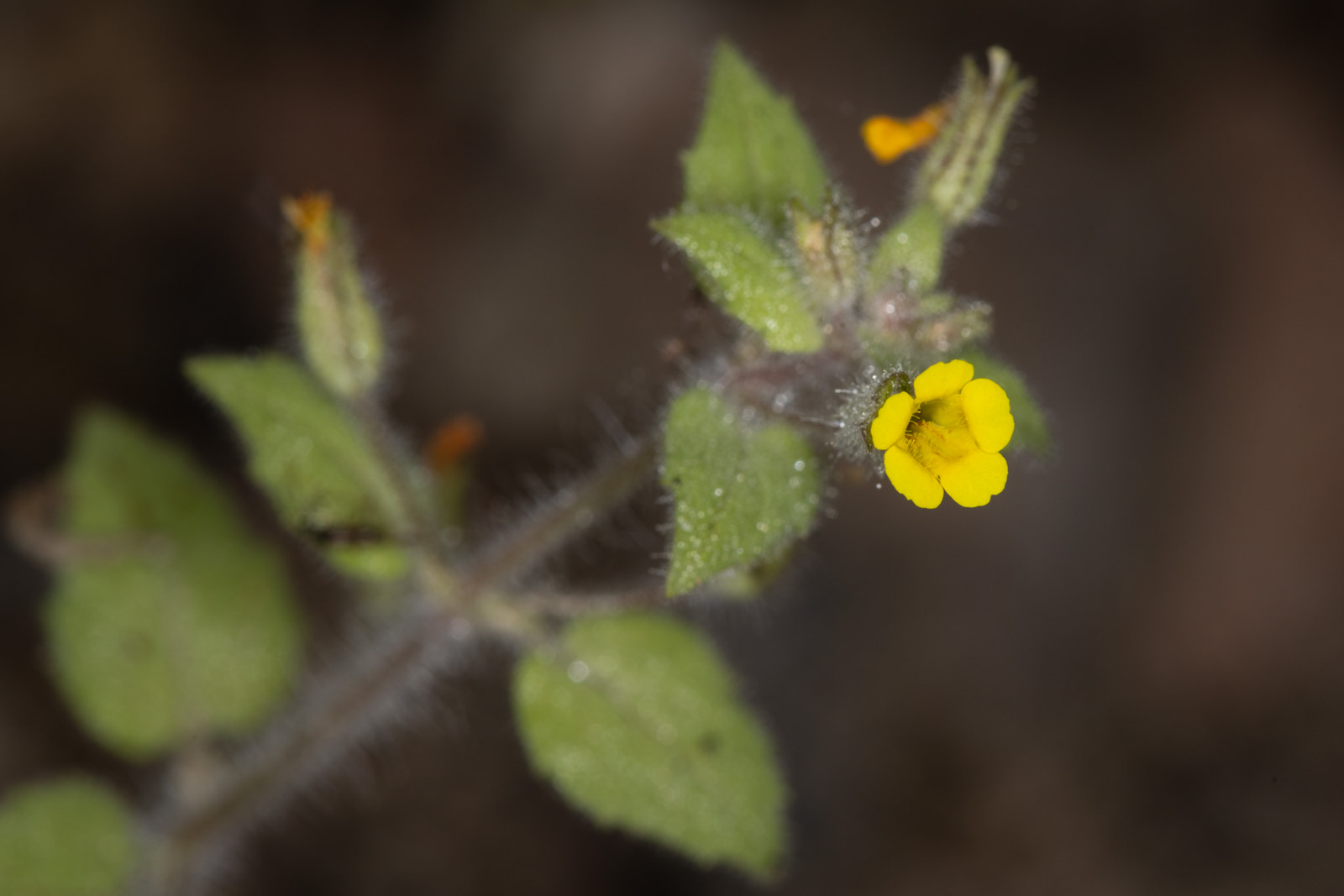 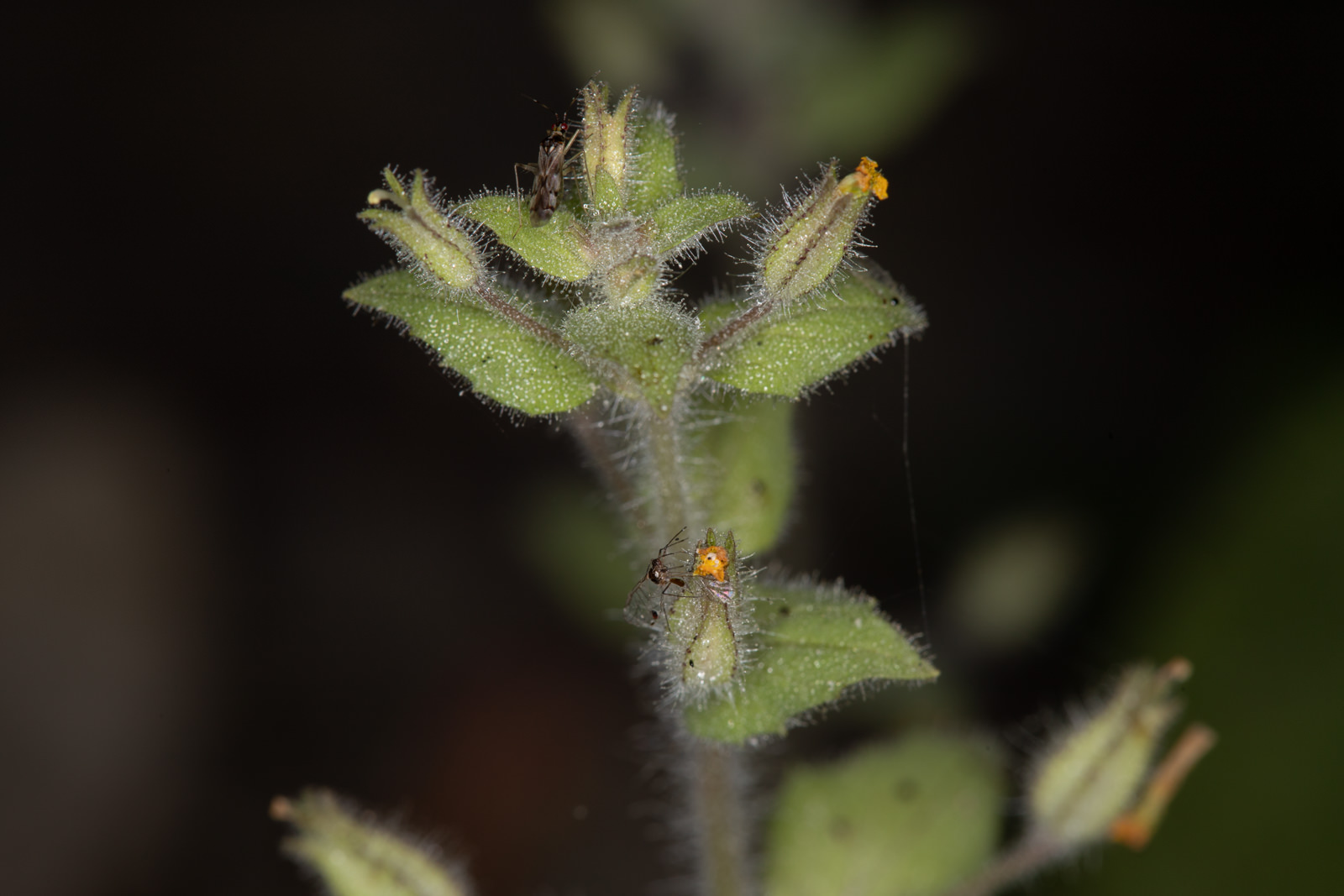 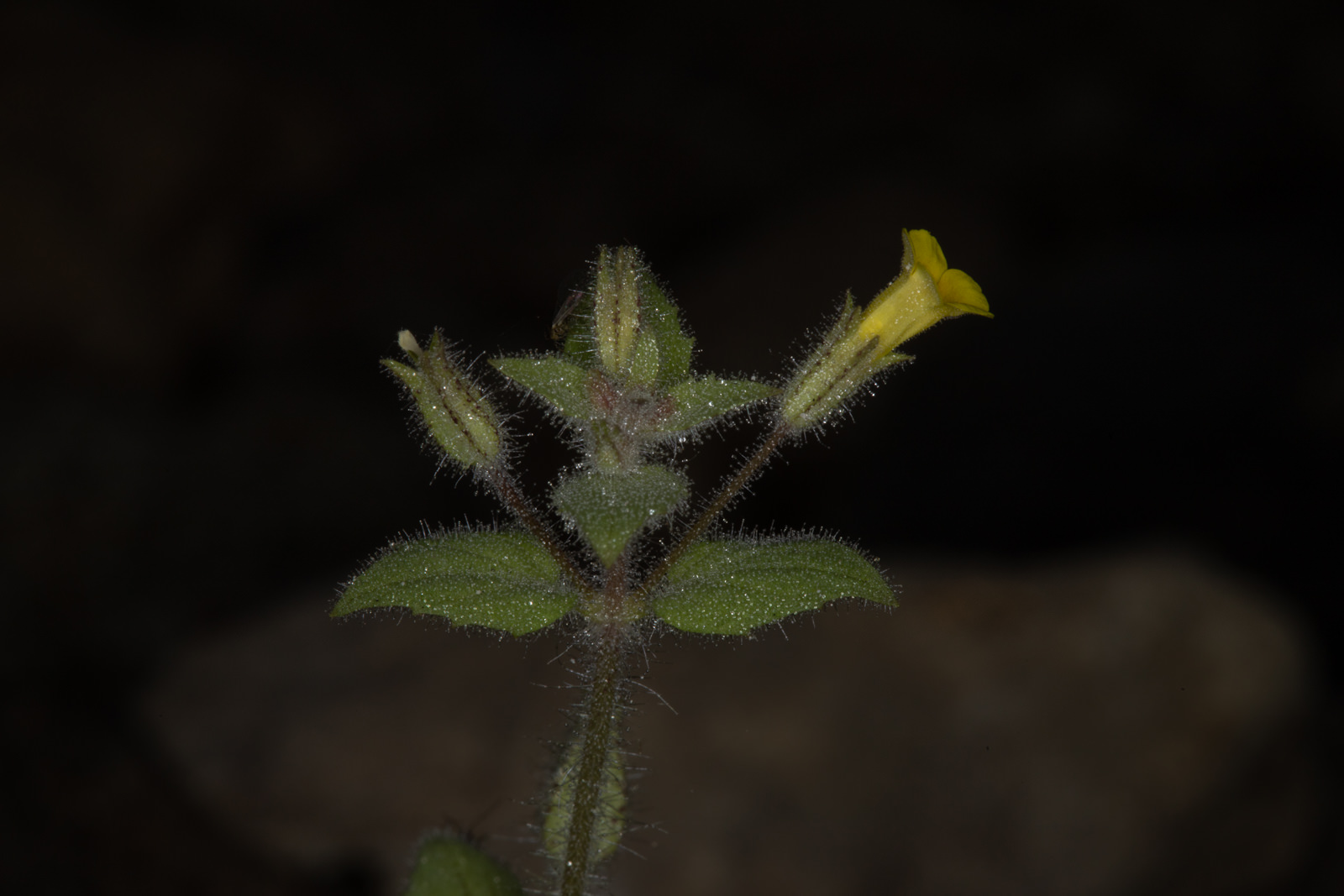 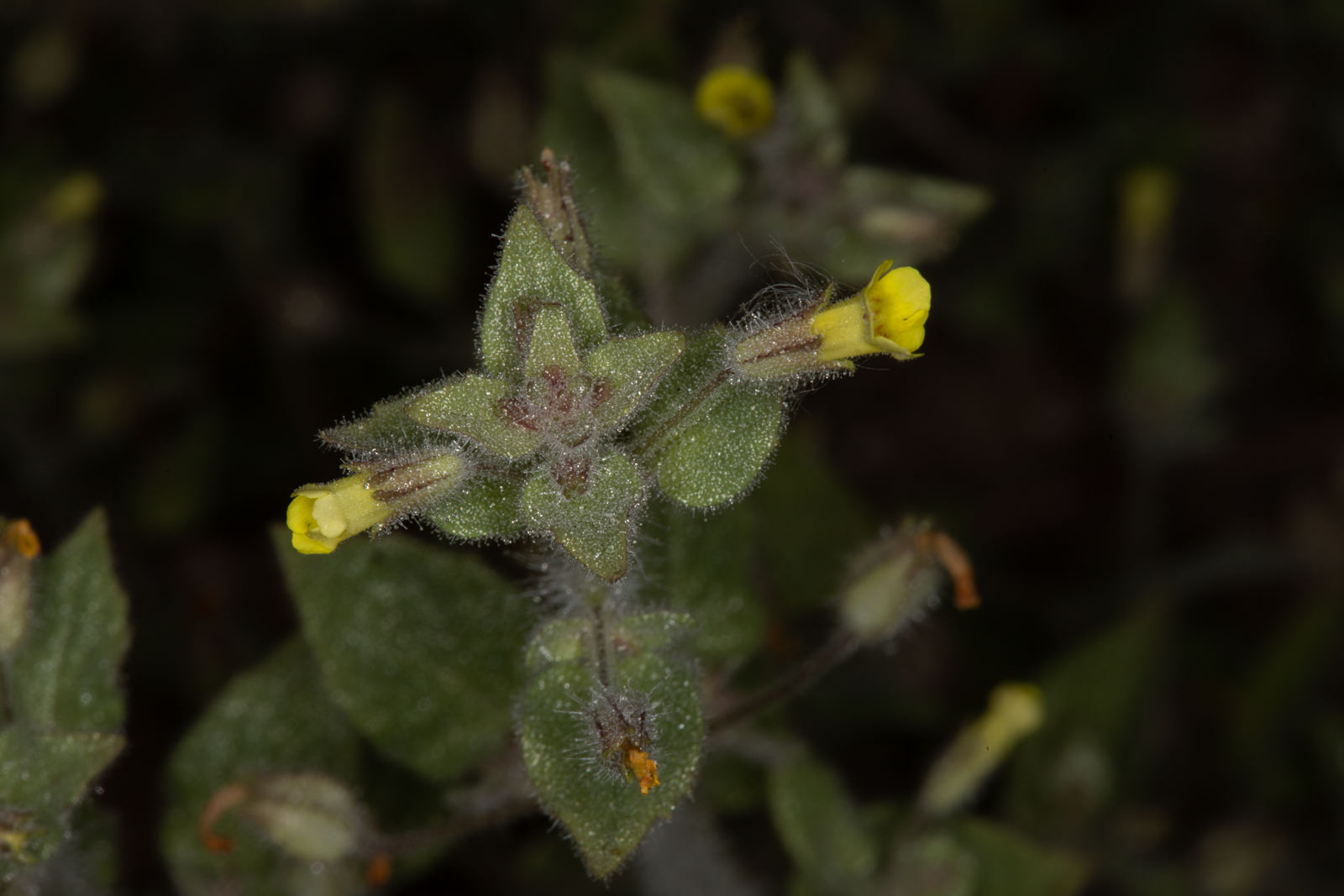 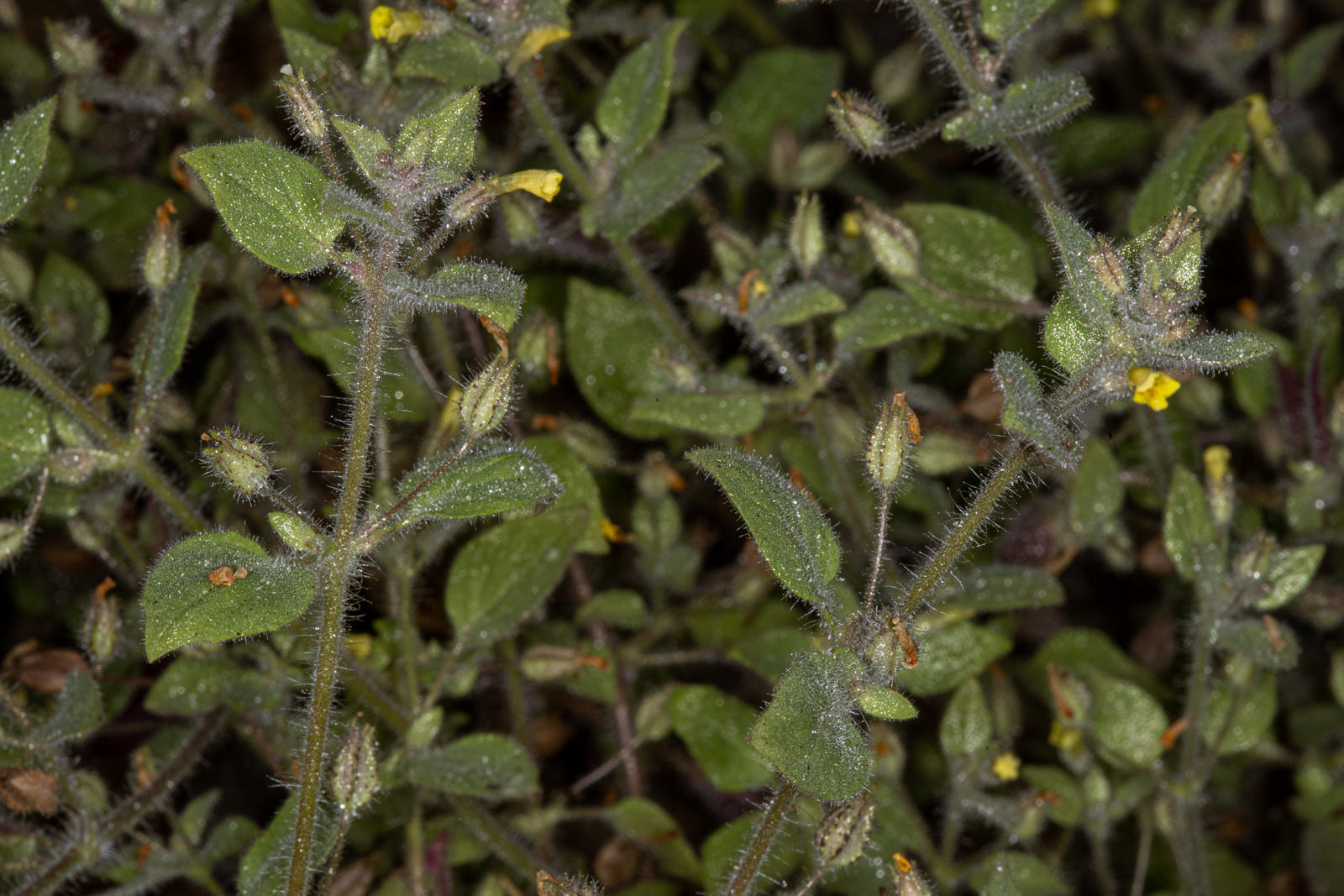 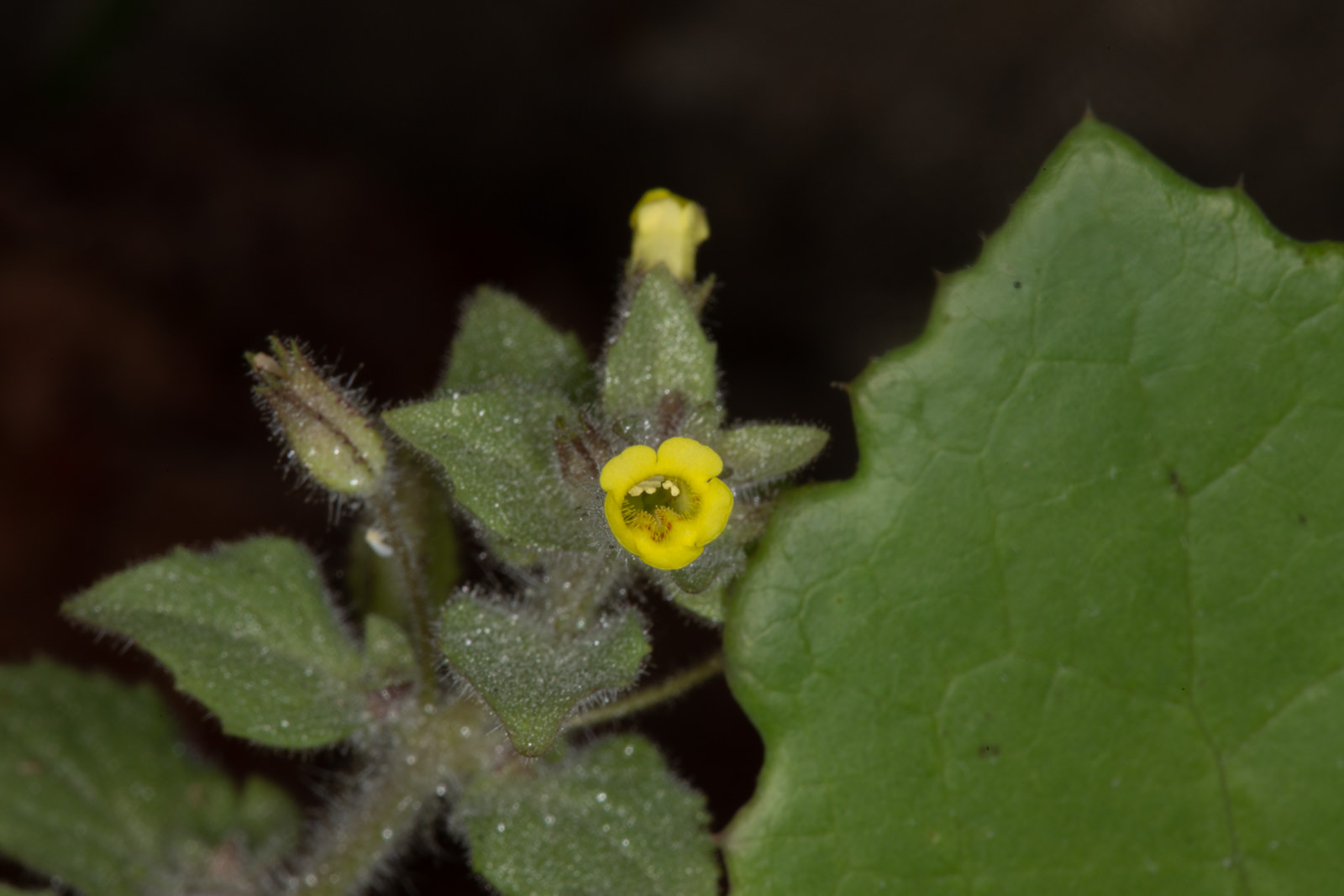 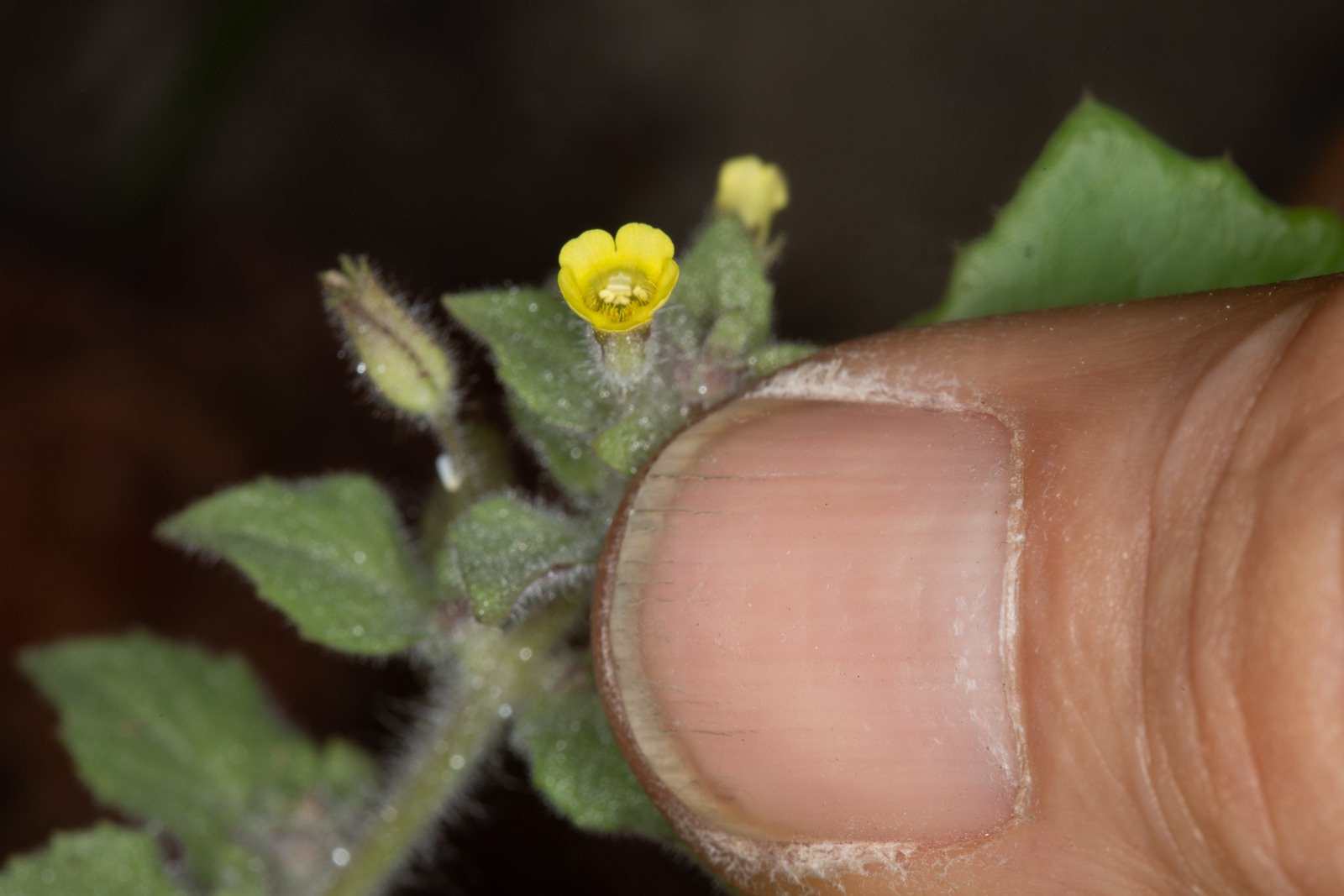 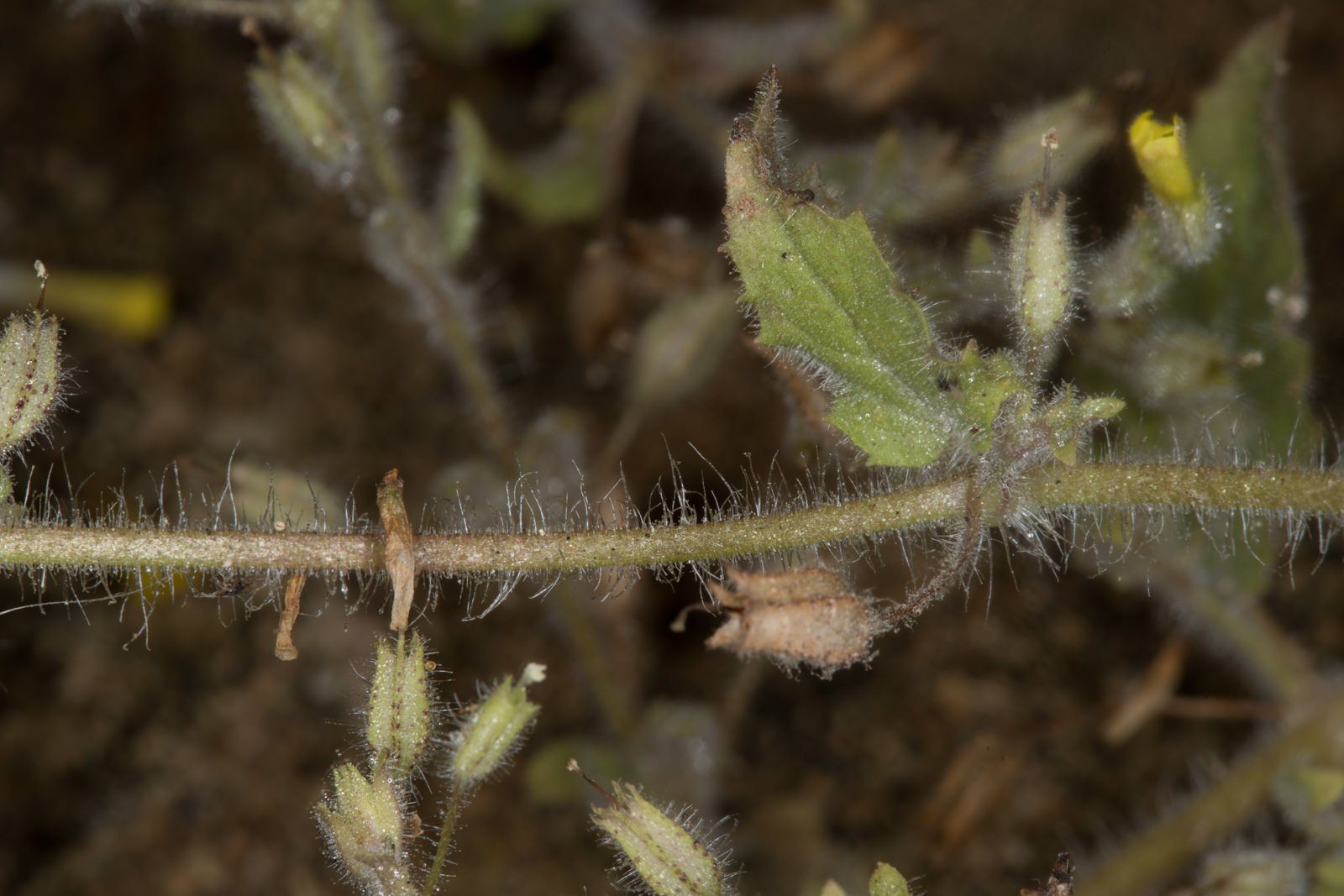 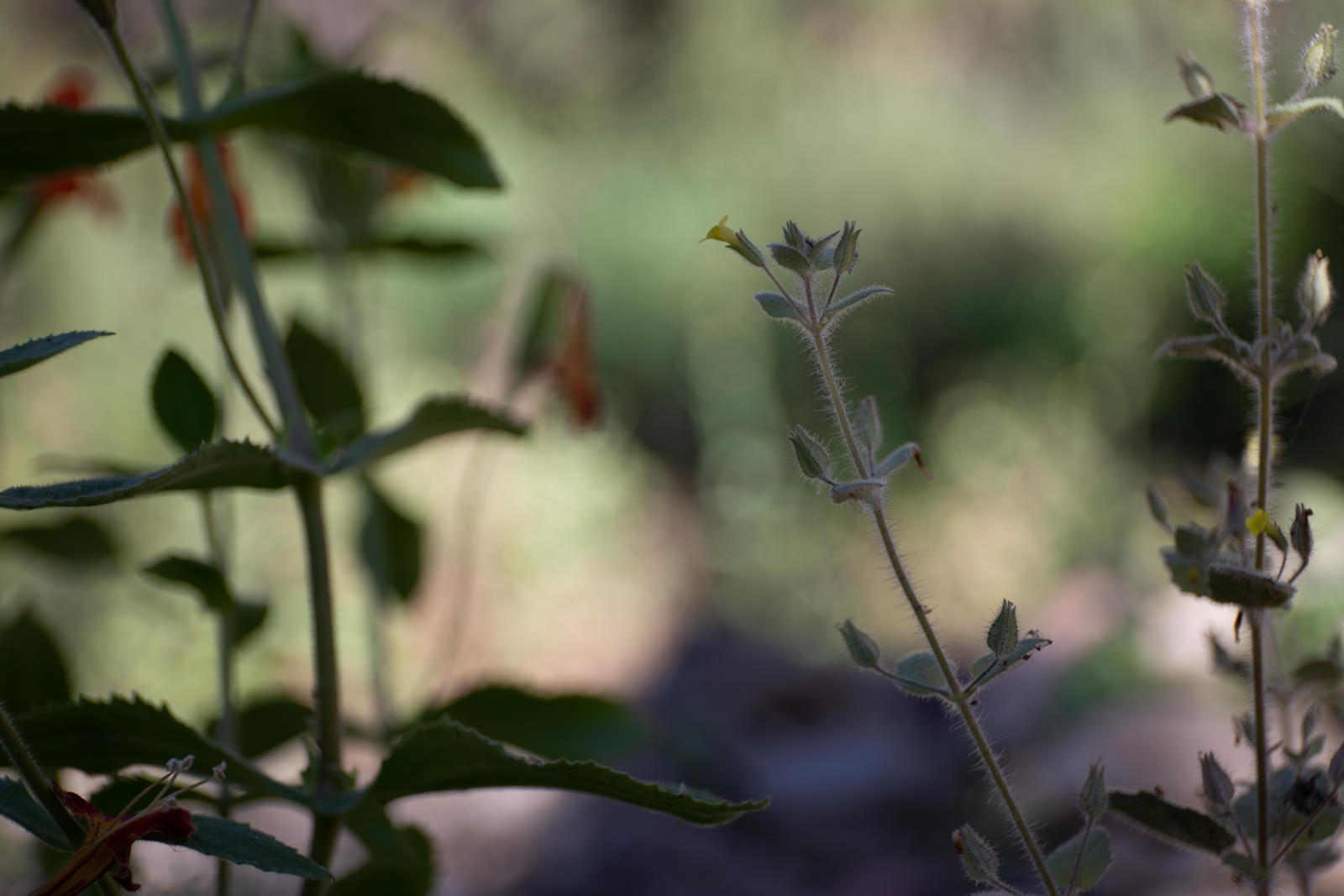 Erythranthe floribunda or as it is commonly known, Slimy Monkey Flower, is among the tiniest of flowers you may come across in the Santa Monica Mountains. Native to the western states, western Canada and Baja California is found at elevations up to 9,000 feet. Preferred habitat is along streams, seeps; typically moist sandy or gravelly soils. The Woolsey Fire provided many an opening for this and other plants in 2019. Other Monkey Flowers in our mountains grab your attention with their bright colorful flowers as you pass them by - this plant is going to require that you stop and give it your full attention when making an identification. Milt McCauley’s book says these flowers are rare. After the Woolsey fire I located them in a remote location (in stream beds) - Trancas Canyon.

This is an annual herb growing no higher 20 inches (50 centimeters). The plant takes several forms from prostrate to sprawling. Densely coated in silky (sometimes they feel slimy) hairs this plant’s name quite apt. Oppositely arranged, ovate shaped leaves are connected near the stem via a pedicel (stem) that is short or non-existent. The base of the flower is protected by a hairy calyx of pointed sepals and its yellow flower corolla is under a centimeter long. The symetrical corolla is divided into five rounded lobes at the mouth. How small is the flower? The widest part of the corolla is approximately 1/4 inch (6 mm) wide and the length is 3/4 inch (18mm).

This plant occupies the same niche as Erythranthe floribunda (Slimy Monkey Flower). Similar in size and flower type, one must note the following characteristics to make an identification:


Monkeyflowers have been an ideal candidate for research because the species contains a wide array of phenotypic, ecological and genomic diversity. Numerous studies have proven the experimental tractability of Mimulus in laboratory and field studies. As a result of study they have been grouped and regrouped which has resulted in the changing of names that many people first learned. Read this article. The biggest change is that the Mimulus species has been split into Diplacus and Erythranthe.