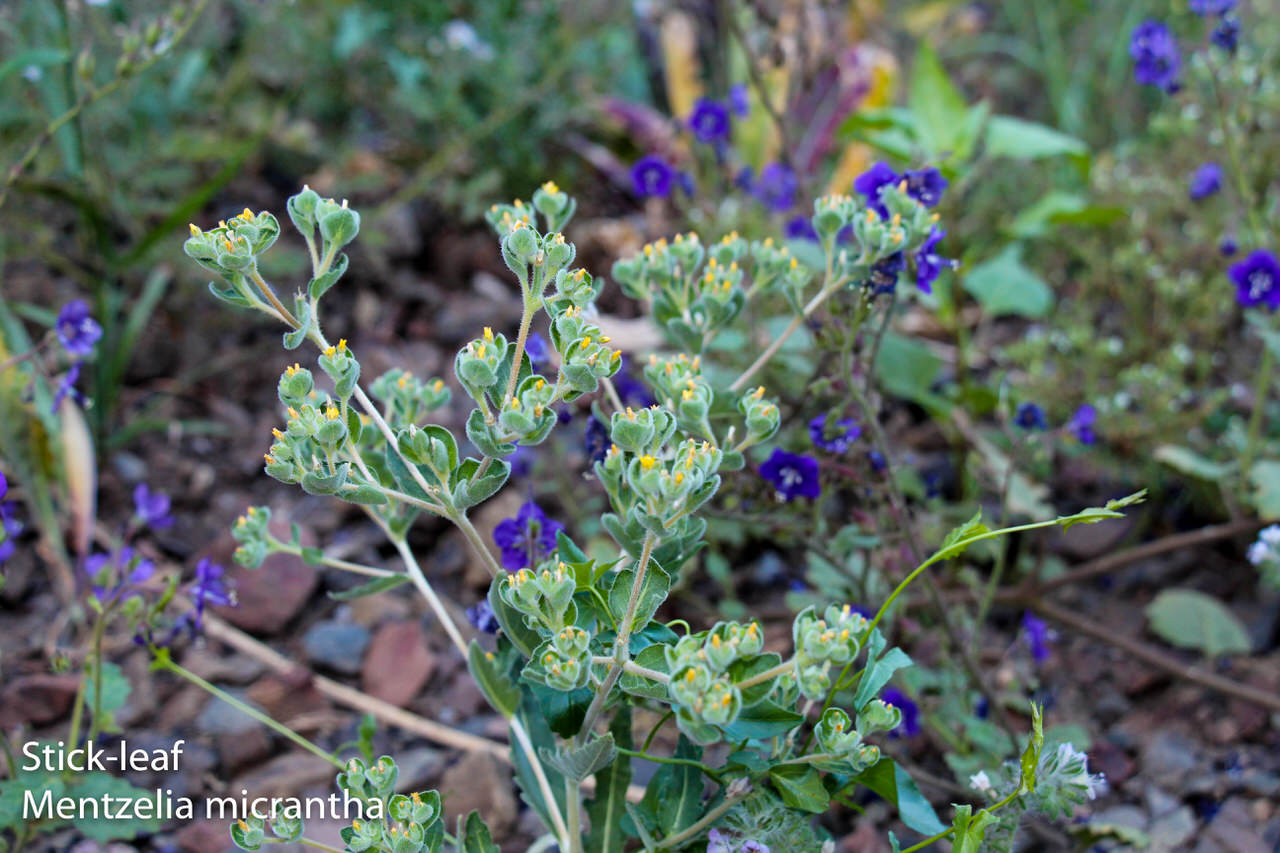 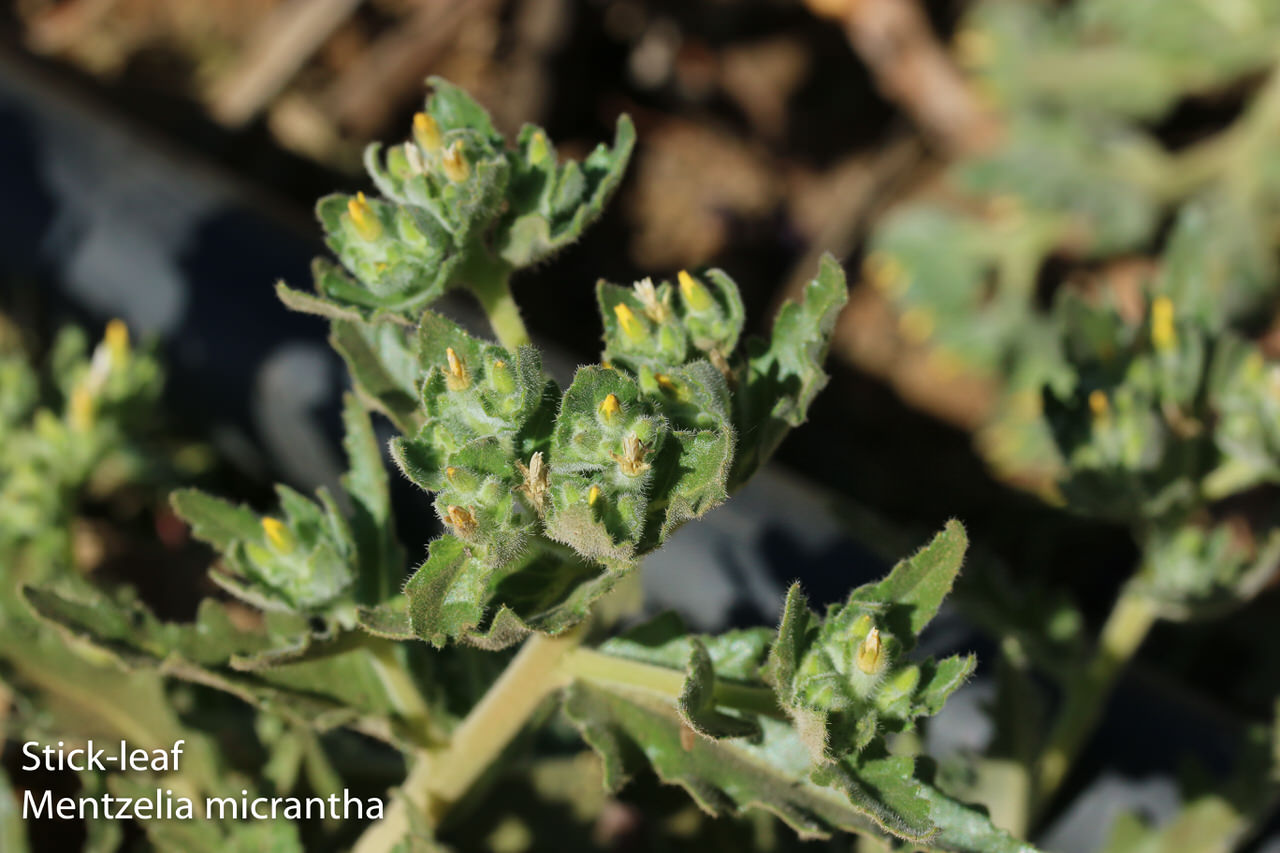 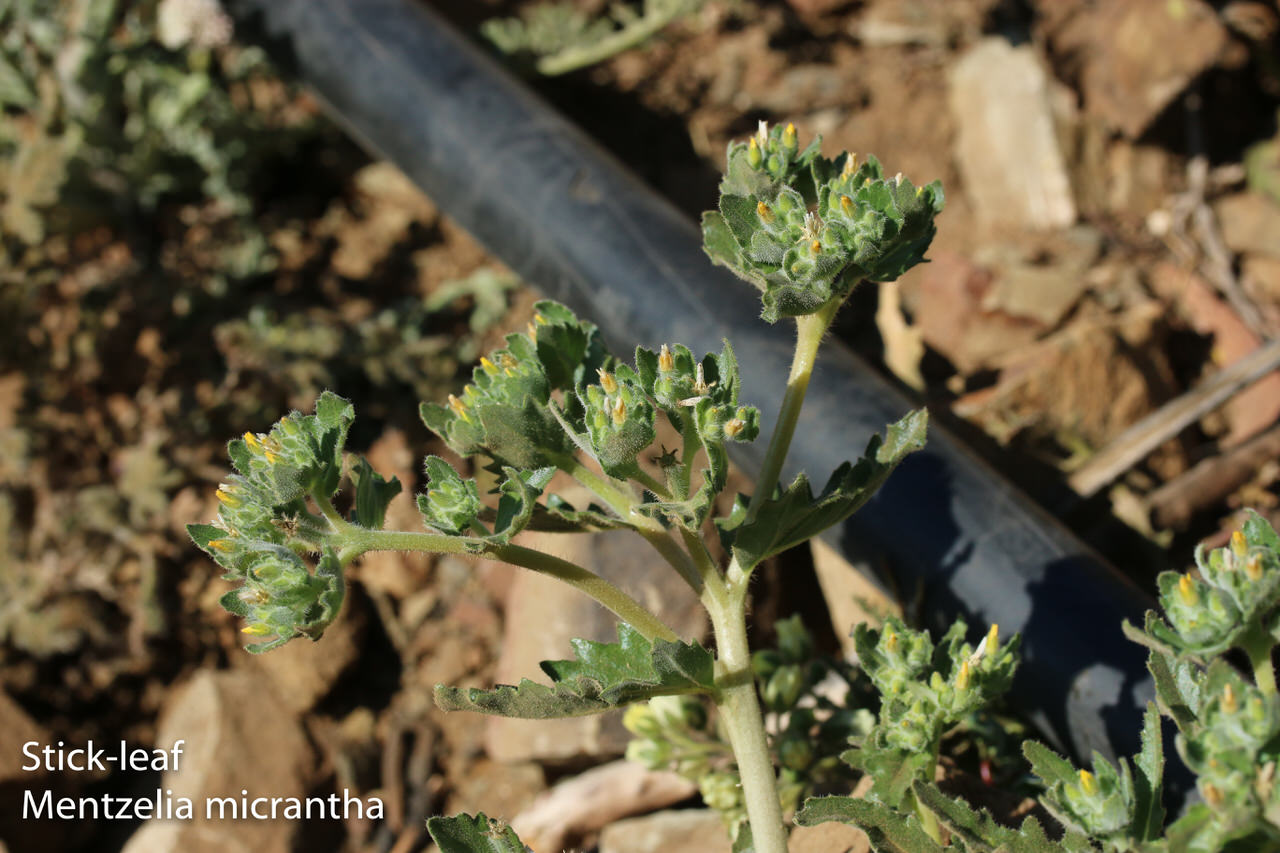 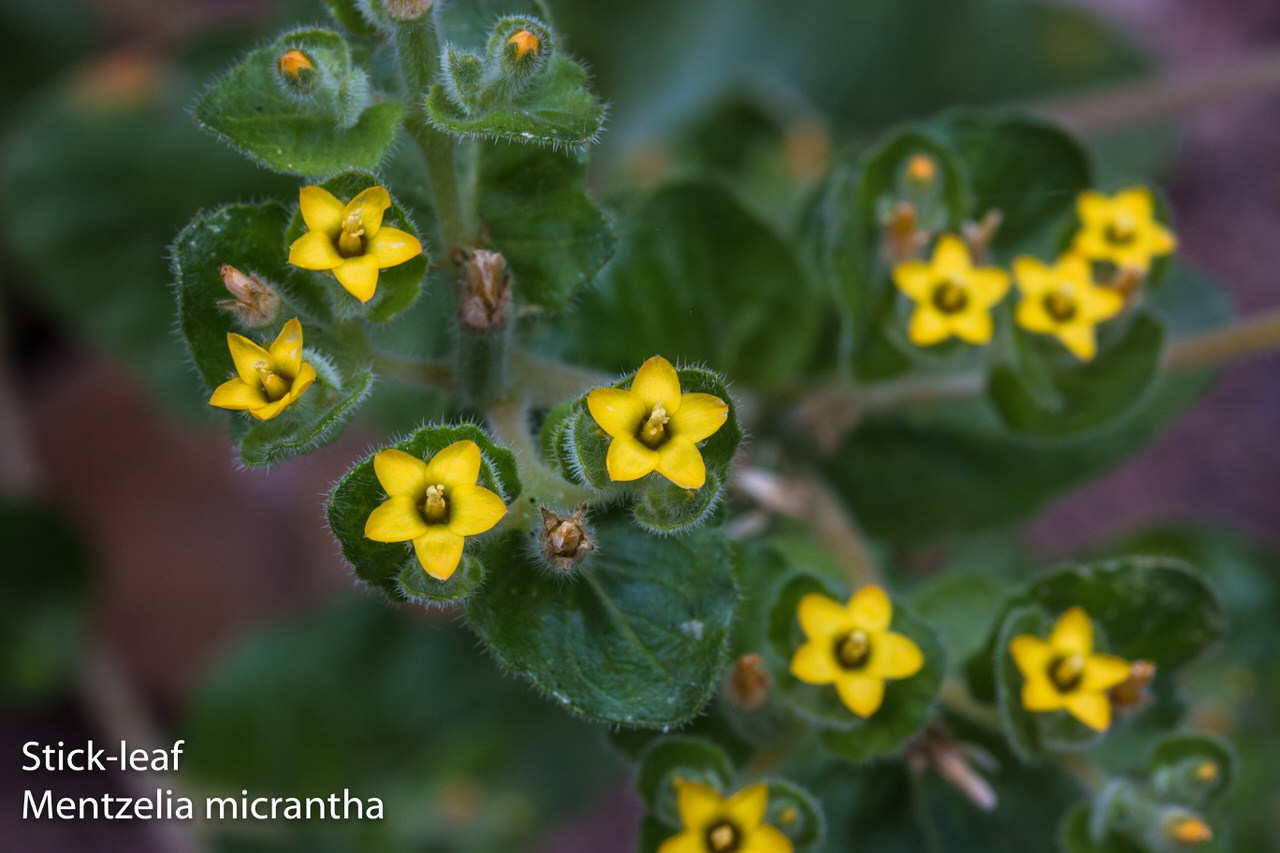 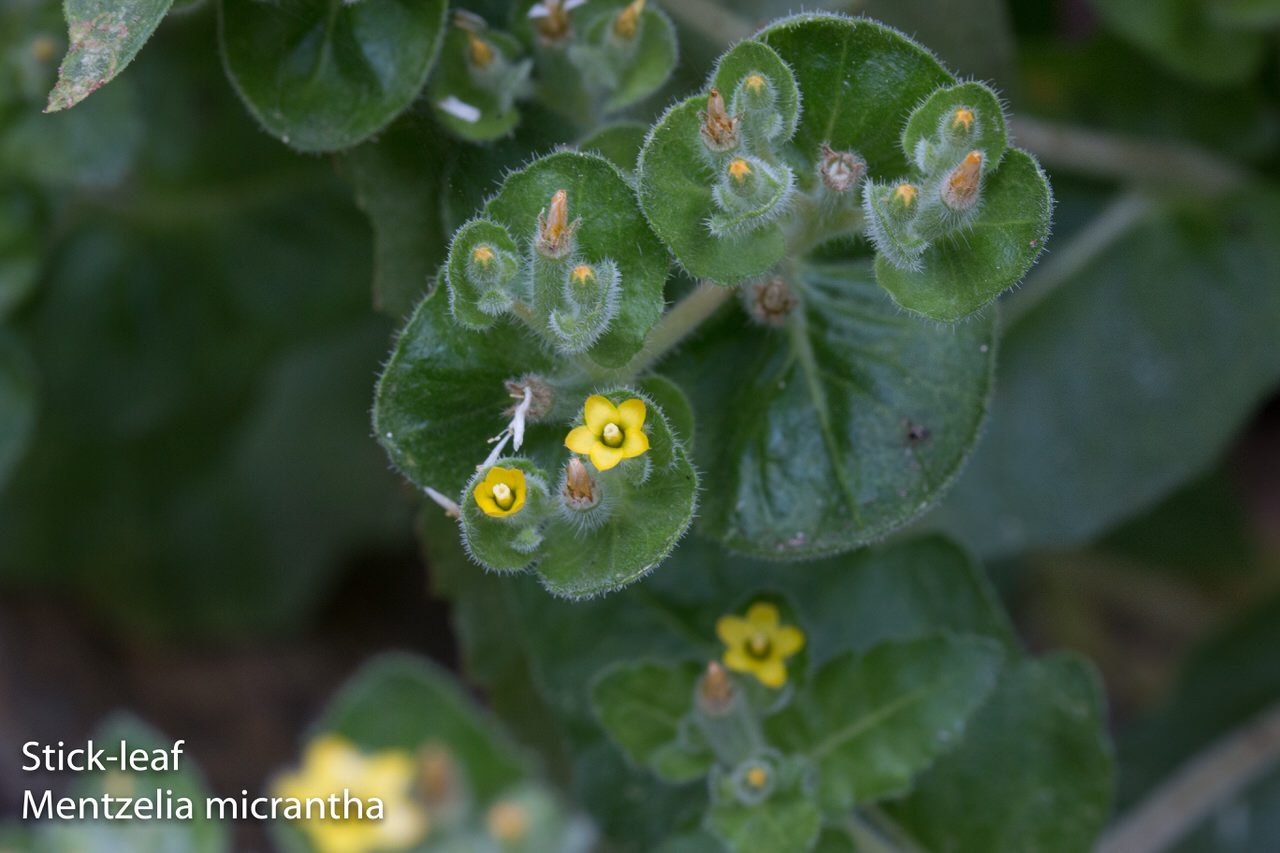 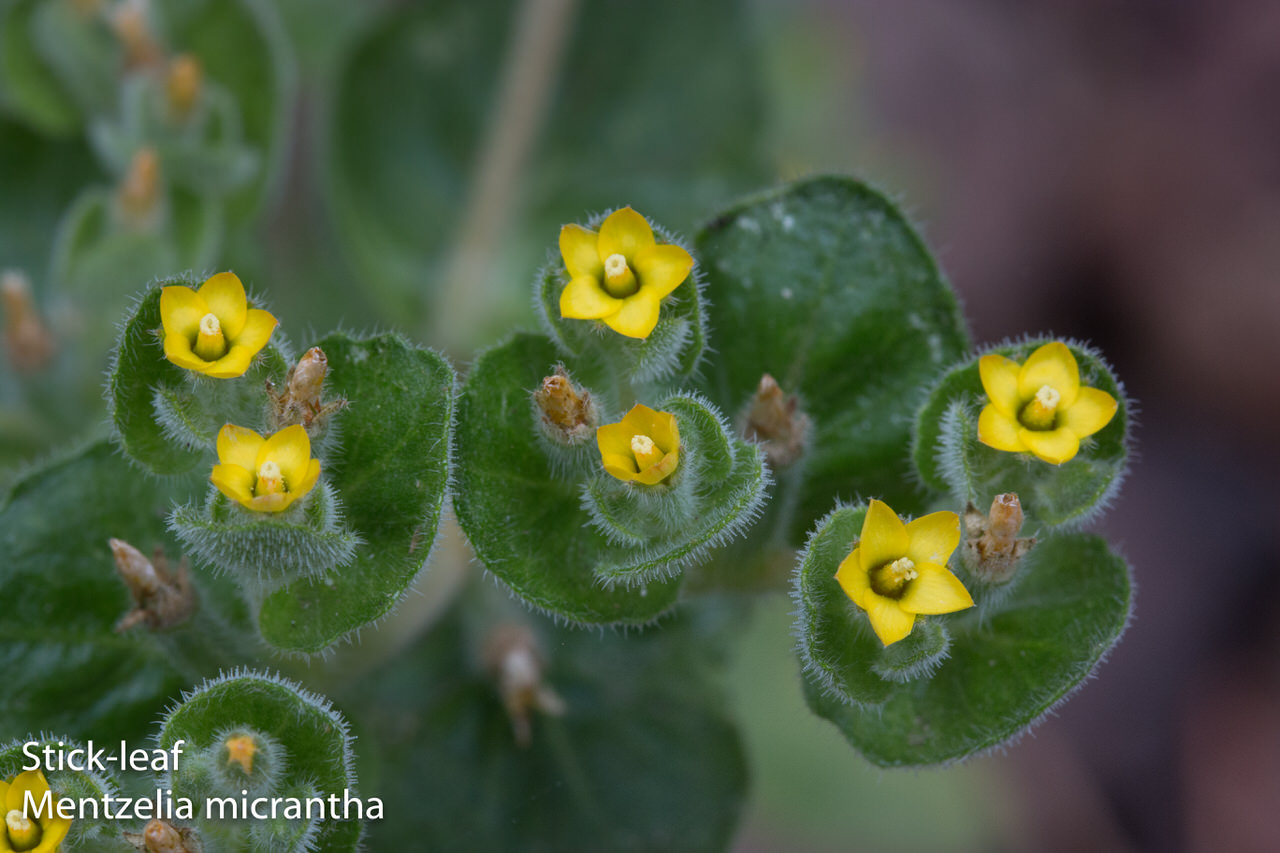 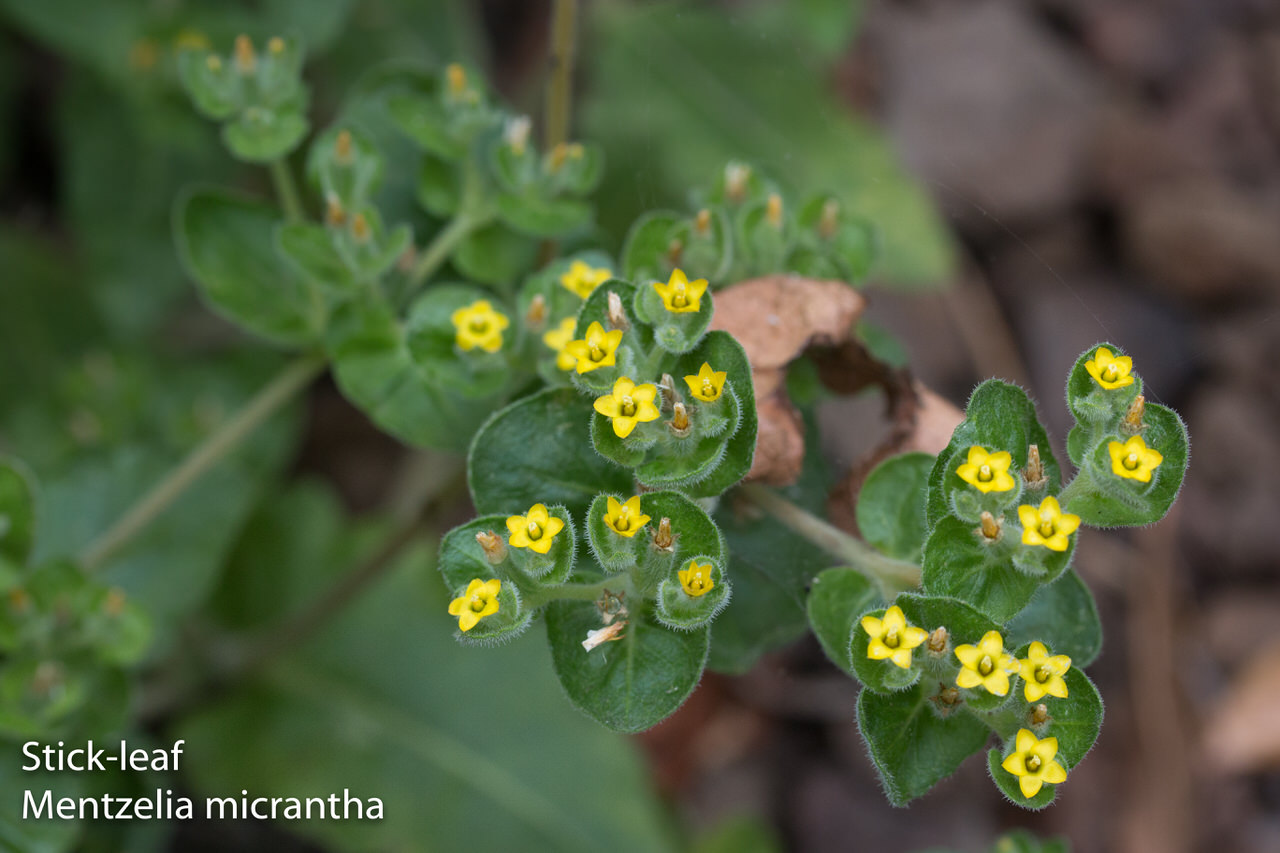 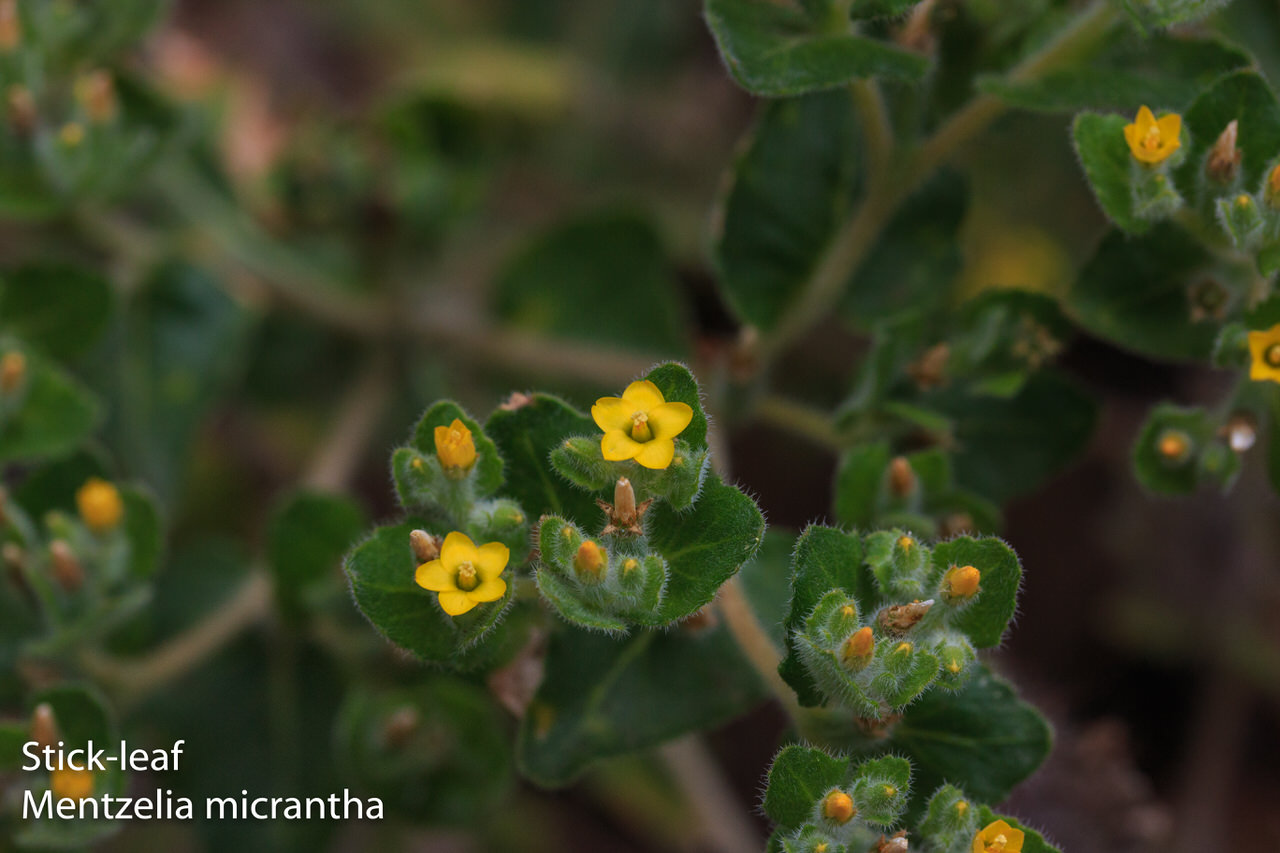 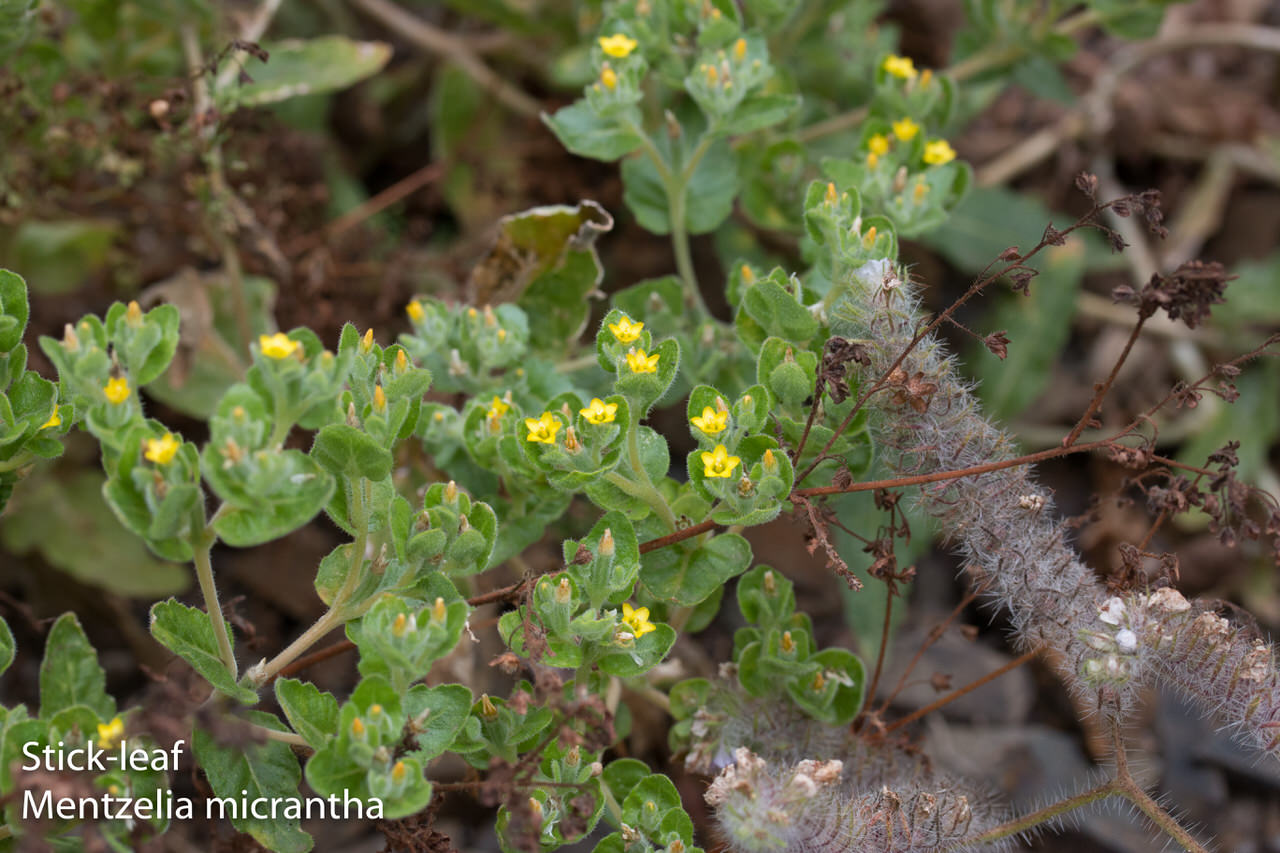 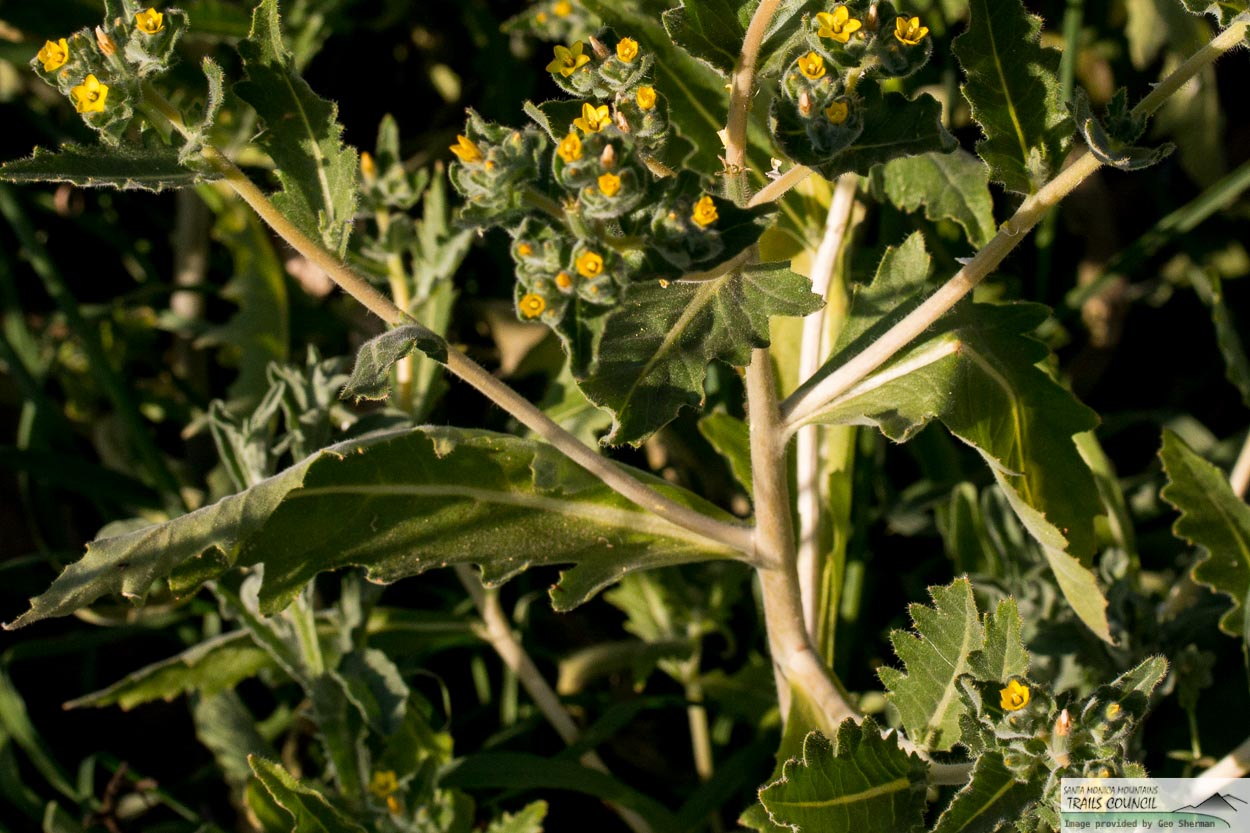 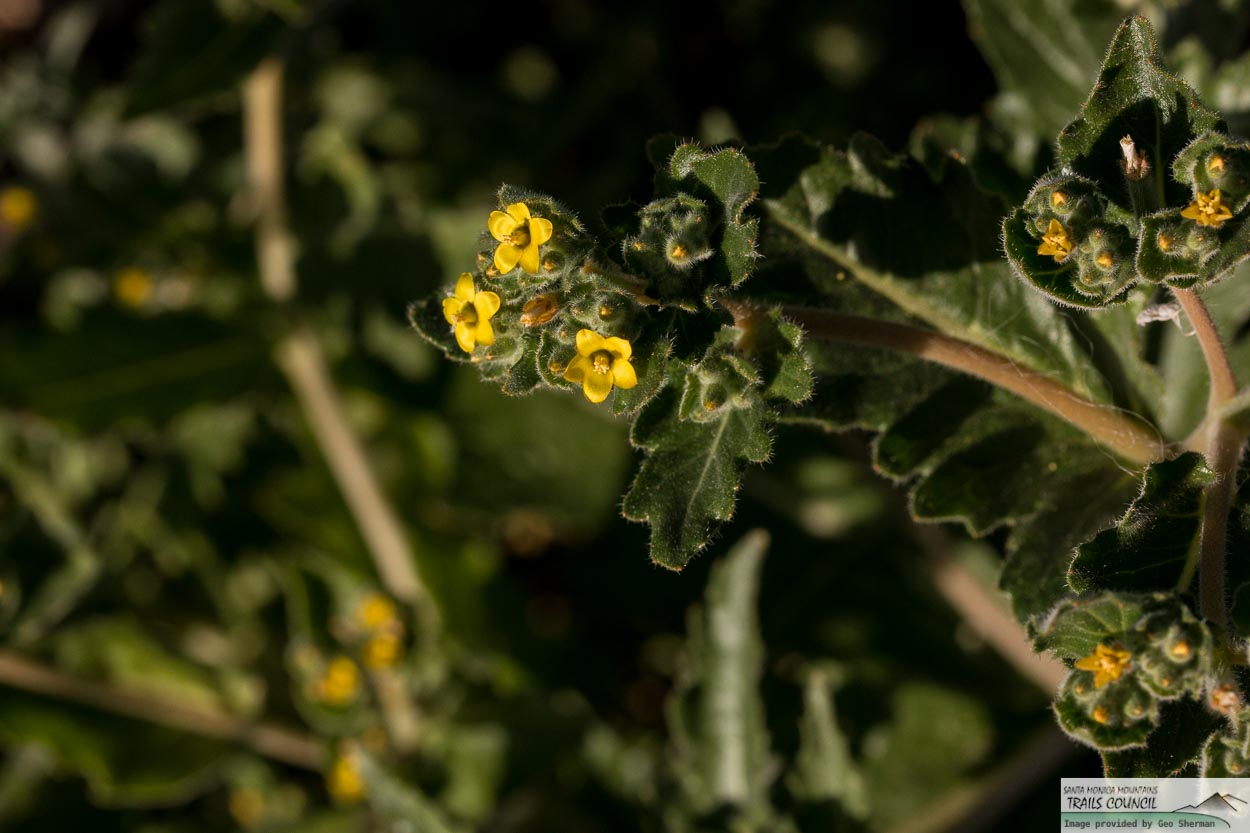 Small Leaf Stick Plant - otherwise known as San Luis Blazingstar has adapted well to fire. The seeds of the plant lie dormant in the ground waiting for certain chemicals to be released from the smoke created by a fire. This cue causes a chemical reaction which starts the germination process. Most often seen in the first years after a fire and rarely seen after.

This plant is an Annual that is found mostly near the south to the central coast of California. Small Leaf Stick Plant has adapted to sandy or rocky soil. The leaves have little barbs or hooks that attach like Velcro to your socks and pants. Feel the leaves on this plant - it certainly does feel like velcro! The flowers are a cheerful yellow, but the flowers themselves are so small that three of them might fit on a penny! With a magnifying glass, you can observe five petals, five sepals and numerous out-stretched stamens. The base of this plant's leaves forms a basal rosette (leaves arranged in a circle with all leaves of the same height). As expected the lower leaves are a lot larger than the top leaves. One of the included images shows just how much larger. I learned from the Google machine that a basal rosette is a modified stem. I encountered these in Pt. Mugu State Park along the Upper Sycamore and Blue Canyon Trails. Look in creek beds and sides of the trails for this plant. This plant blooms from April thru July. An Odd fact from the web: 86,000 of this plants seeds weigh about one pound.

Name Origins: Mentzel is for a German botanist from the 17th century. Micrantha is a combination of Greek words meaning "Small-flowered". Source Flowering Plants by Nancy Dale