Plant of the Month - Tree Tobacco 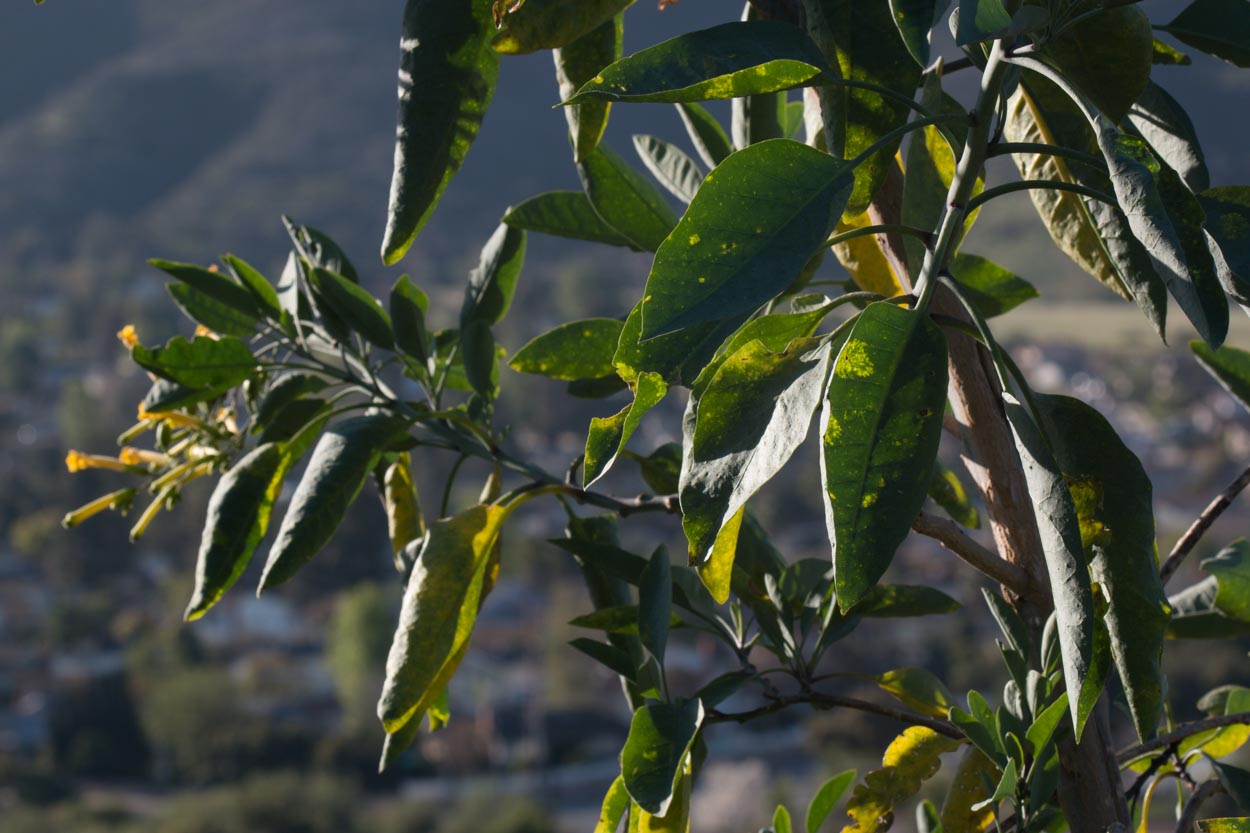 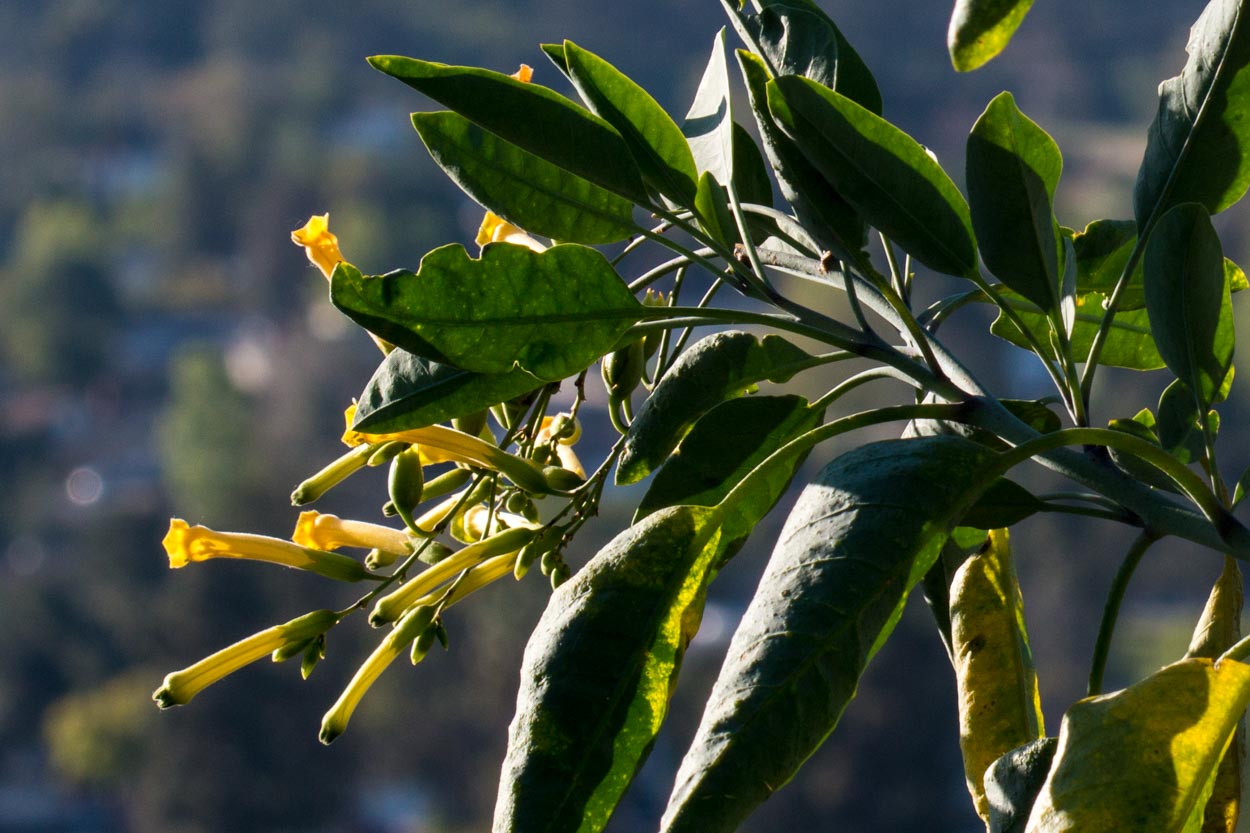 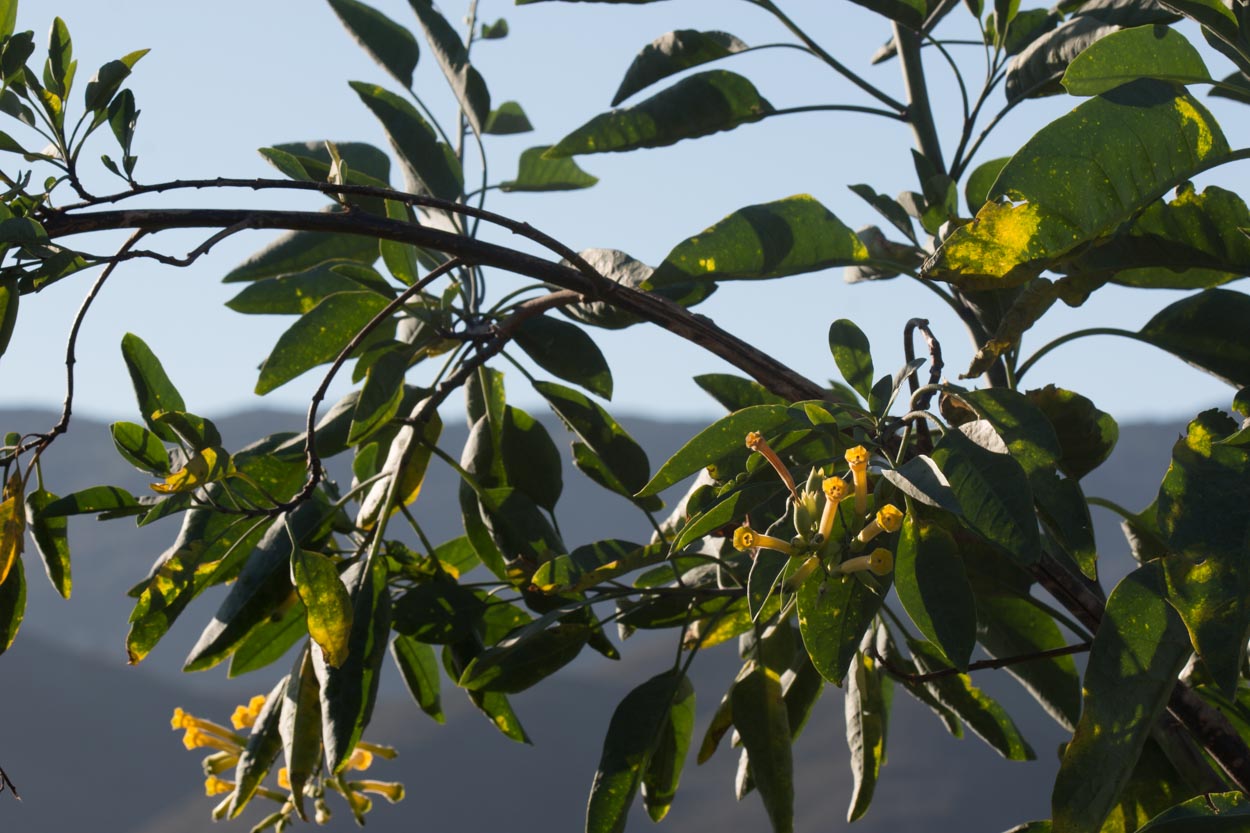 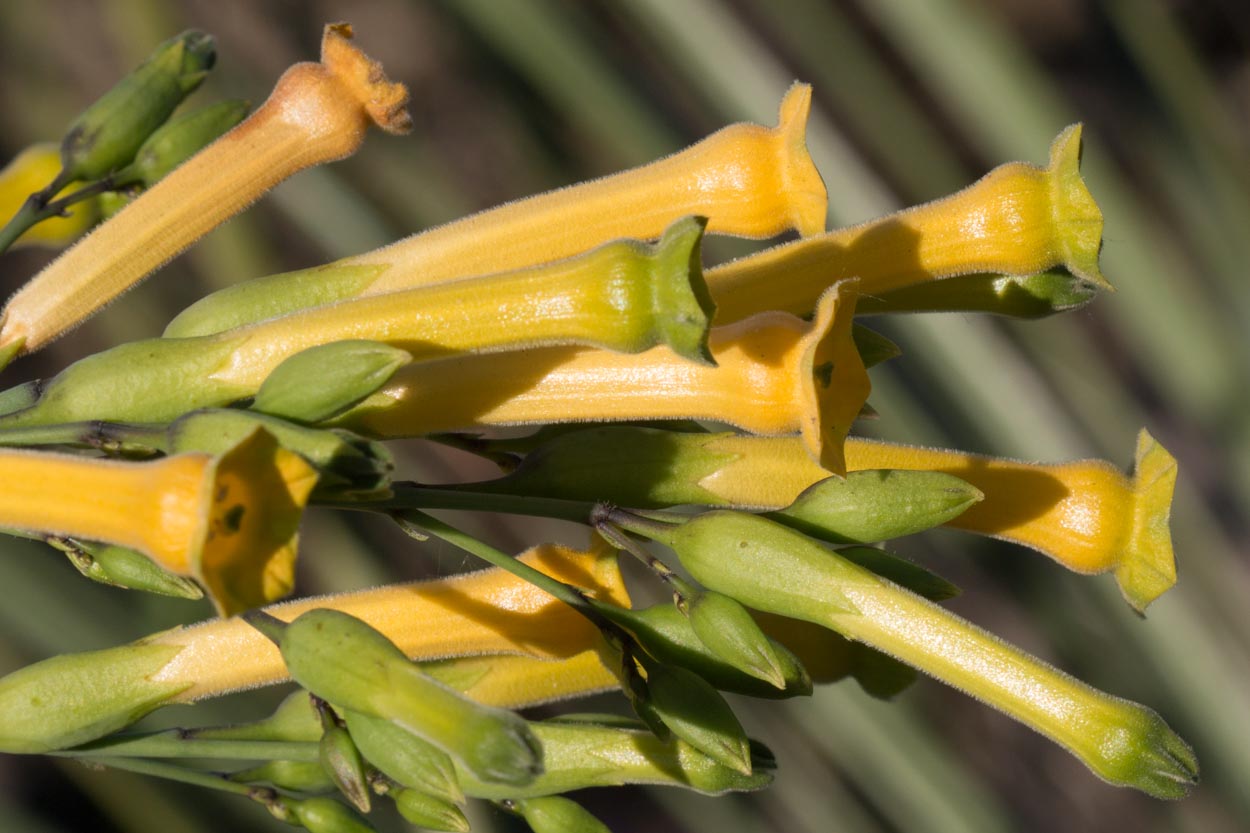 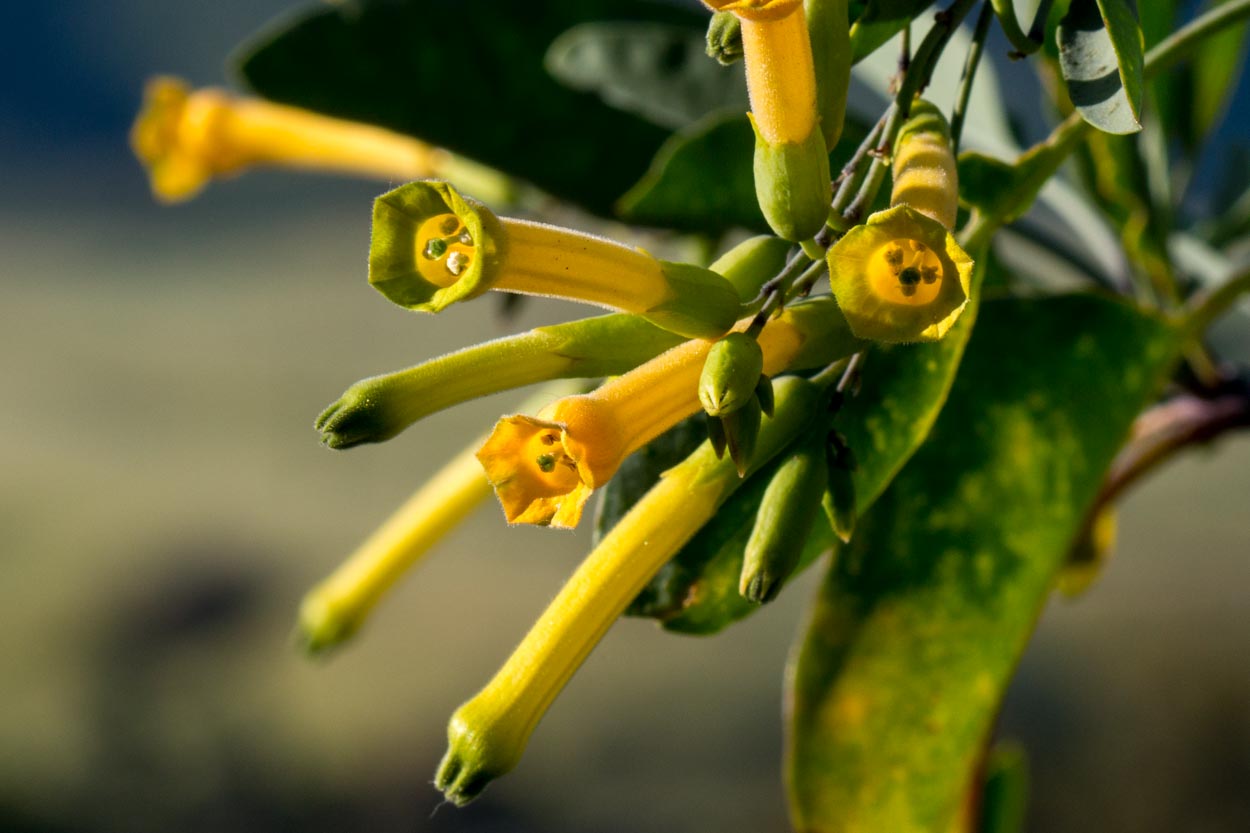 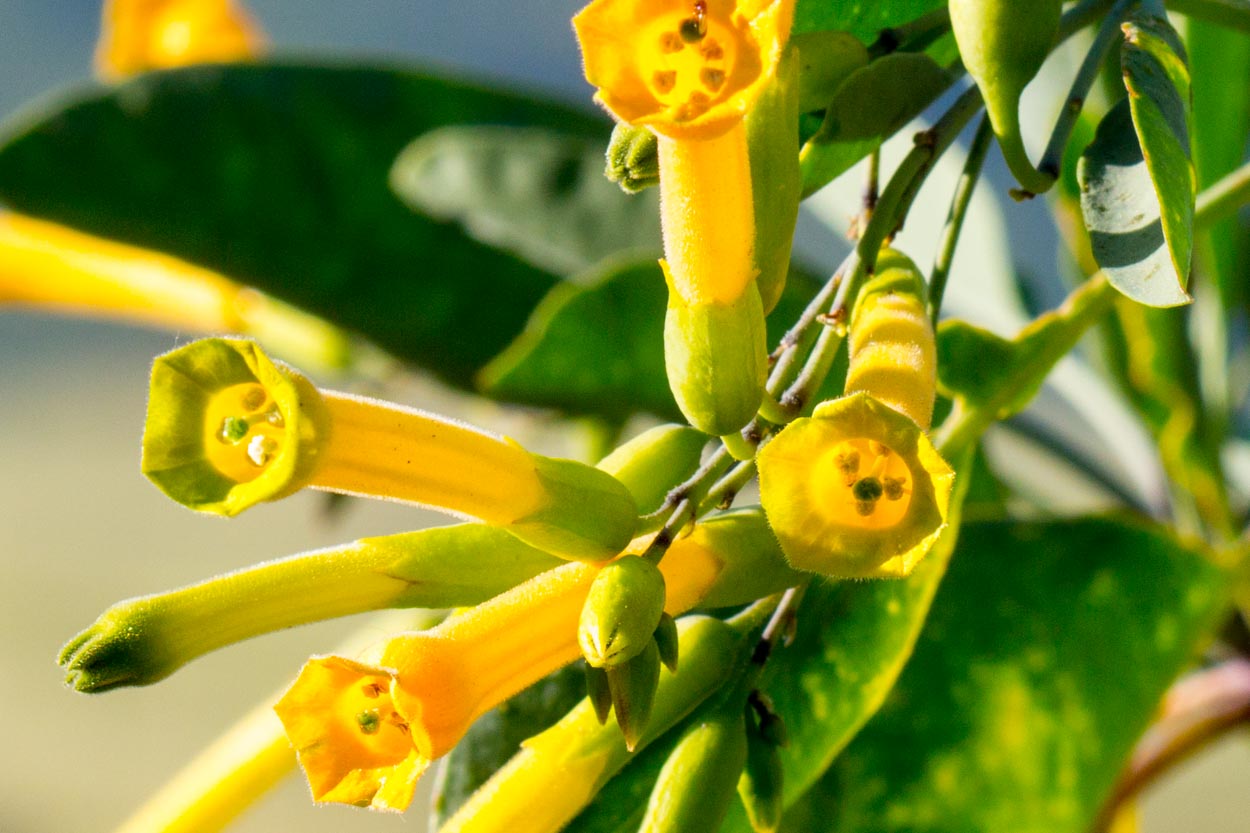 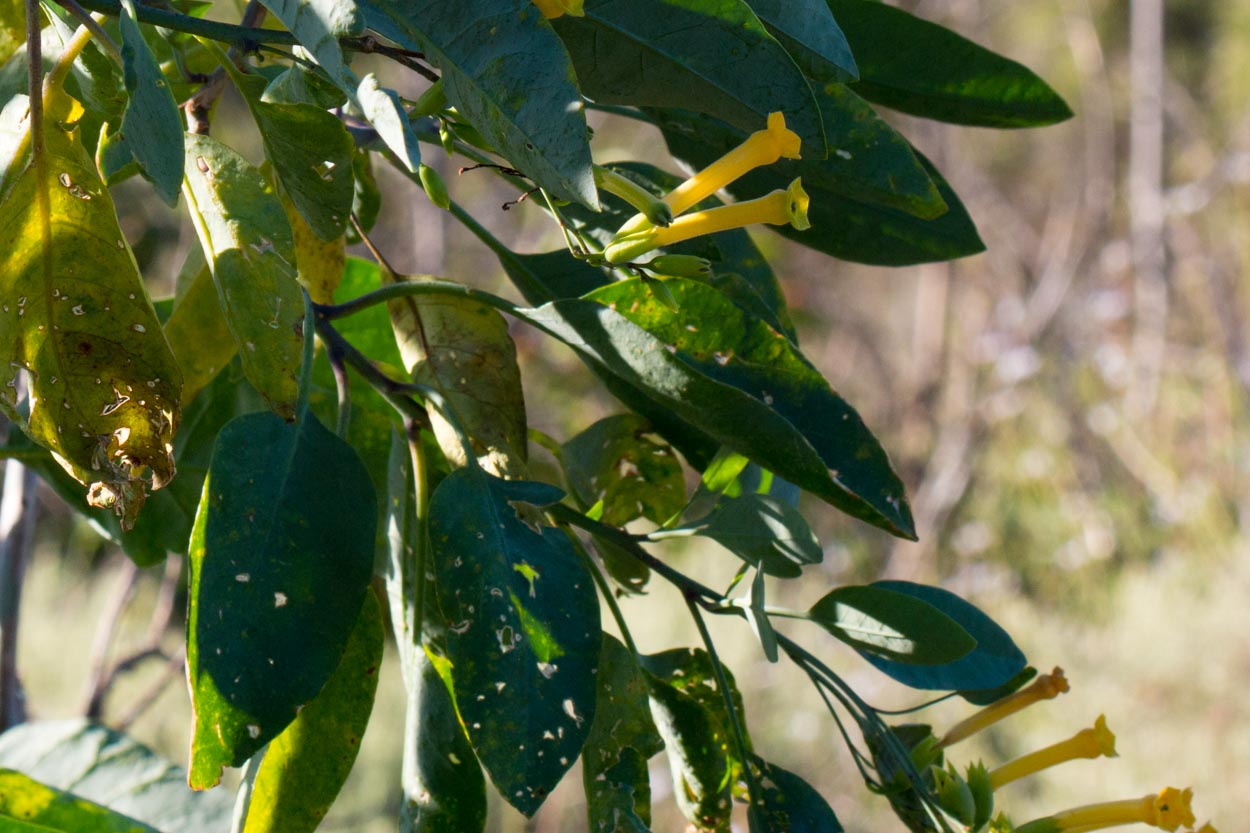 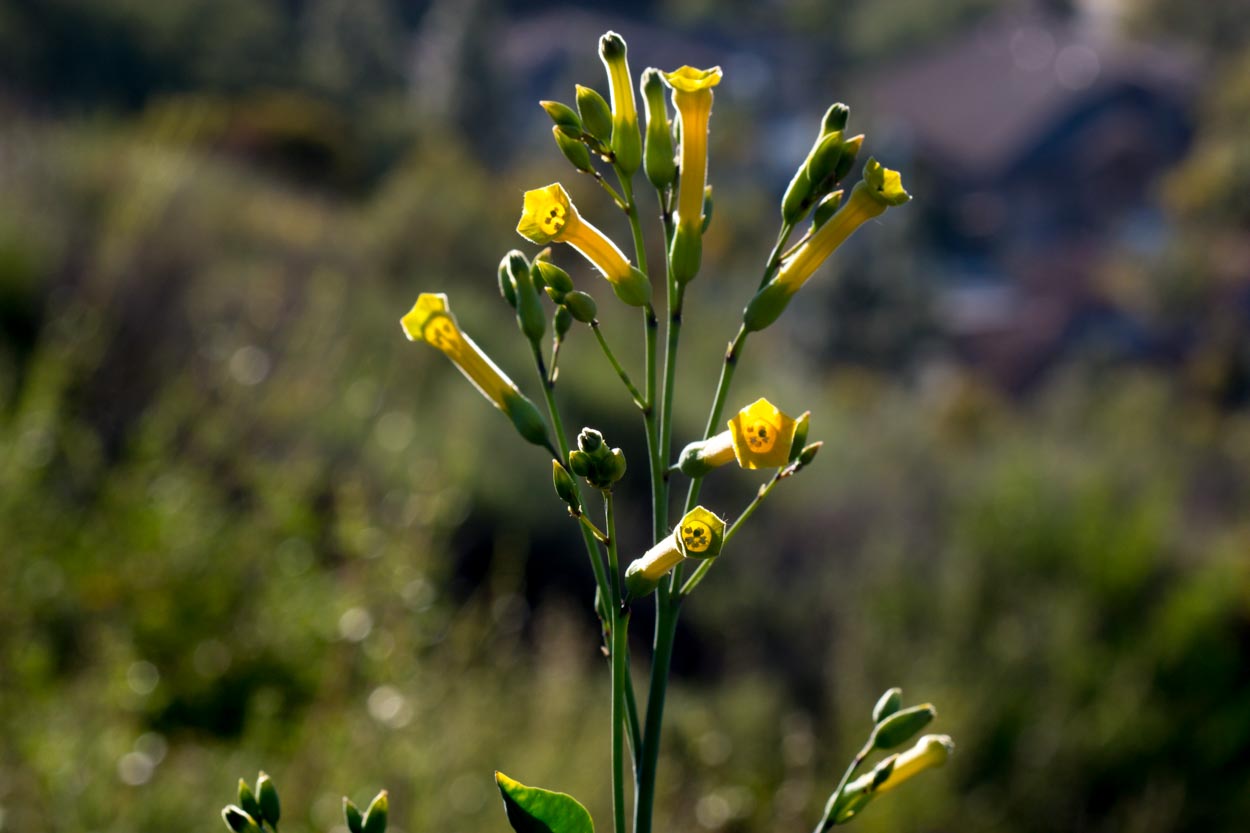 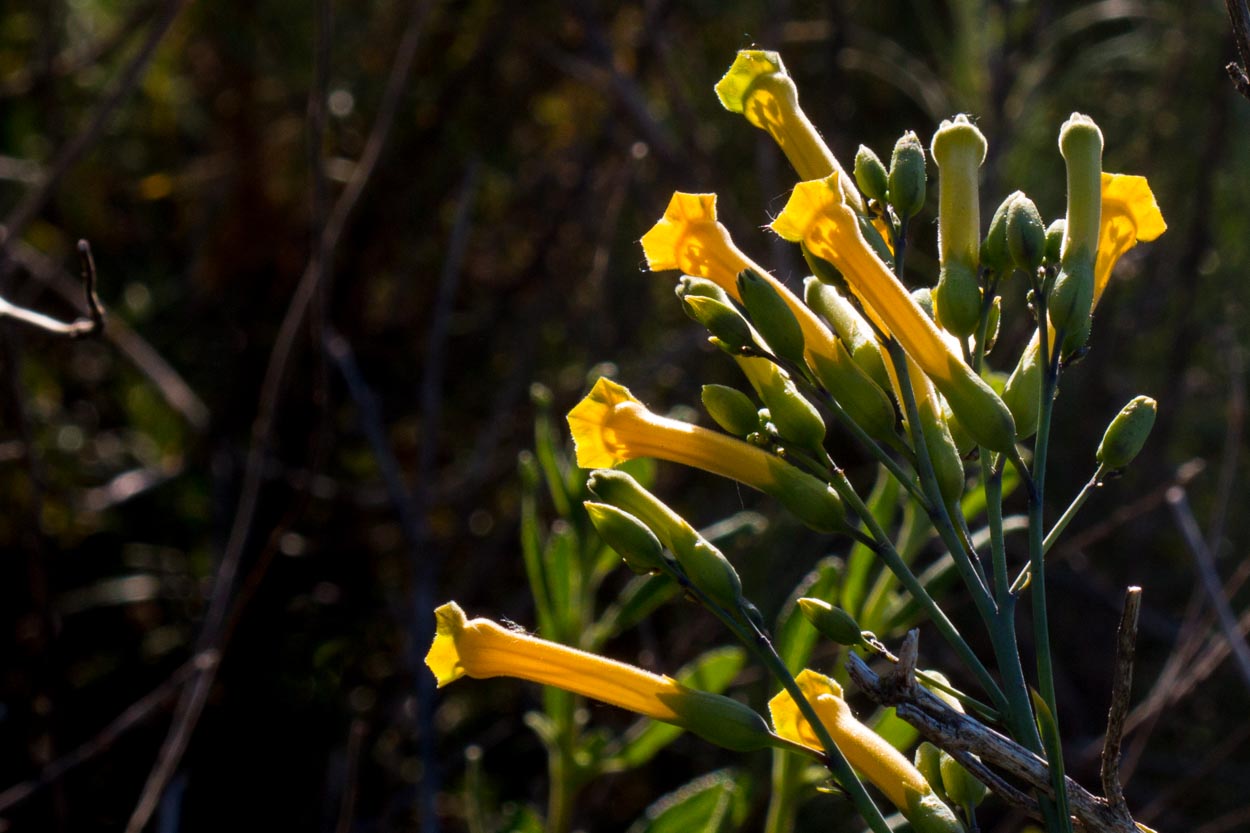 Tree Tobacco does not have a glowing reputation in the Santa Monicas, likely owing to its commonness but more probably to its non-native status. It is, however, one of the few plants in our area that still flowers into late fall and early winter months, a welcoming sight in the browned landscape. This fast-growing, poisonous plant was brought from South America - probably Argentina - in the late 1800s. It can be found growing below 4000 feet. The species name glauca means bluish-gray, referring to the color of the 1 to 4 inch long oval-shaped leaves found alternating on long stems. The flowers are 1 1/4 to 2-inches long, yellow and tubular, congregating at the ends of branches. Common bloom time is April to November, but it doesn't always obey the schedule, especially in the warmer parts of the area.

It is technically a misnomer to refer to Nicotiana glauca as Indian Tobacco, as that is the common name of a separate species, though this and others in the Nicotiana genus are often grouped and referred to as such. Common characteristics of Nicotiana are a sticky leaf texture, smelly odor, and narcotic properties. As the name suggests, members of this genus were of social and medicinal uses to native peoples of the region. They may also repel insects. As mentioned above, the plant is non-native, poisonous and invasive.