Plant of the Month - Valley Oak 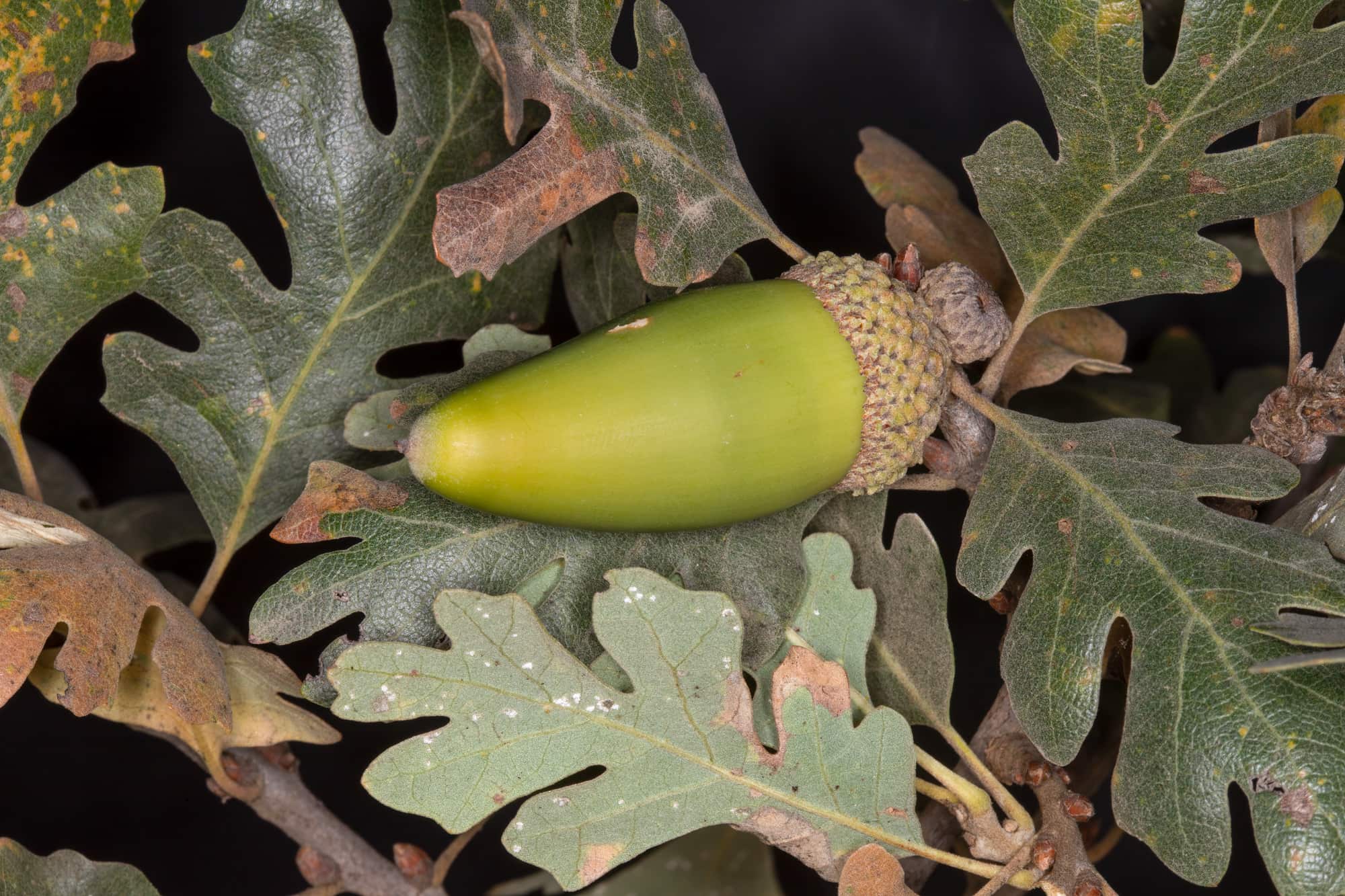 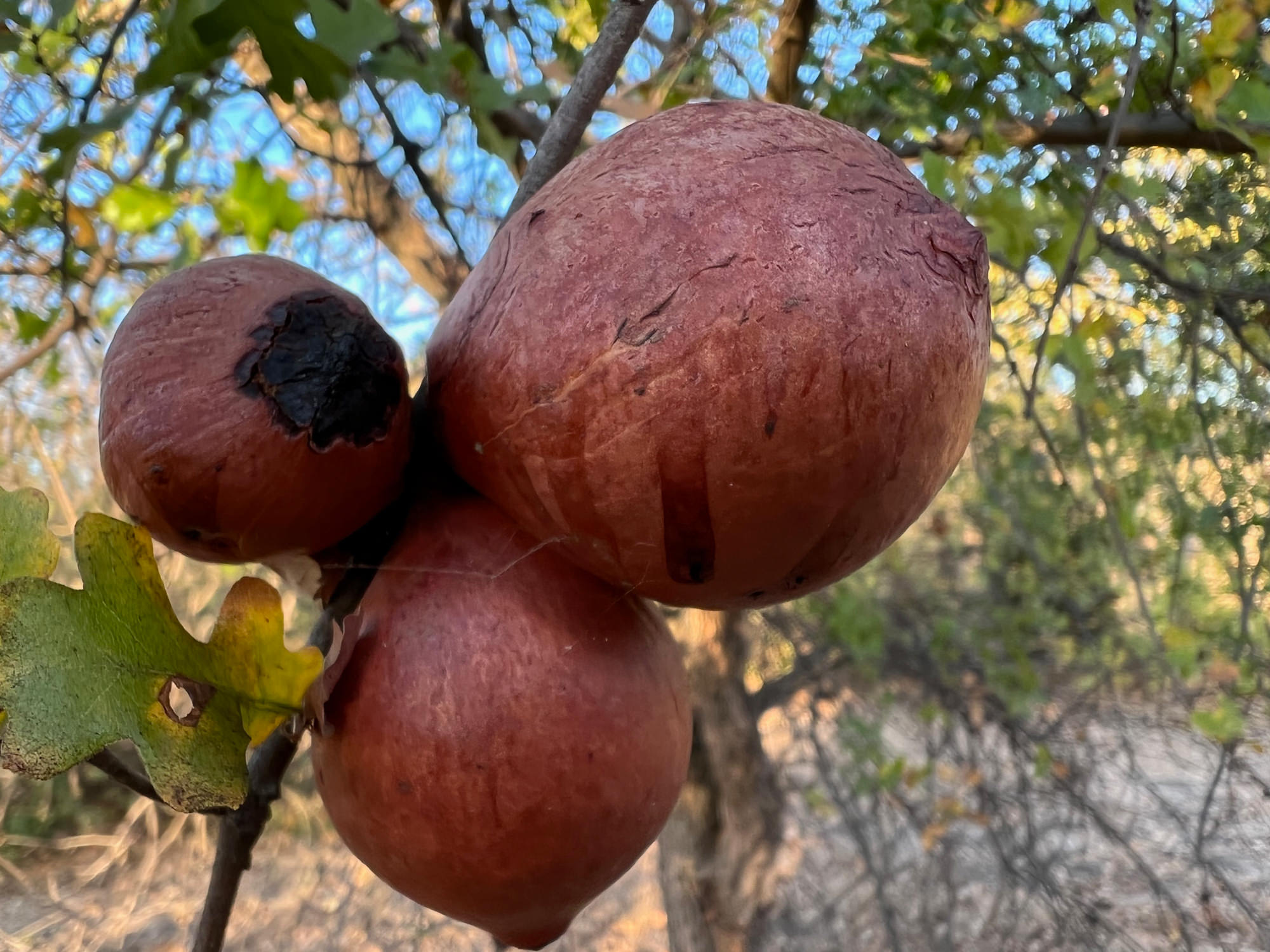 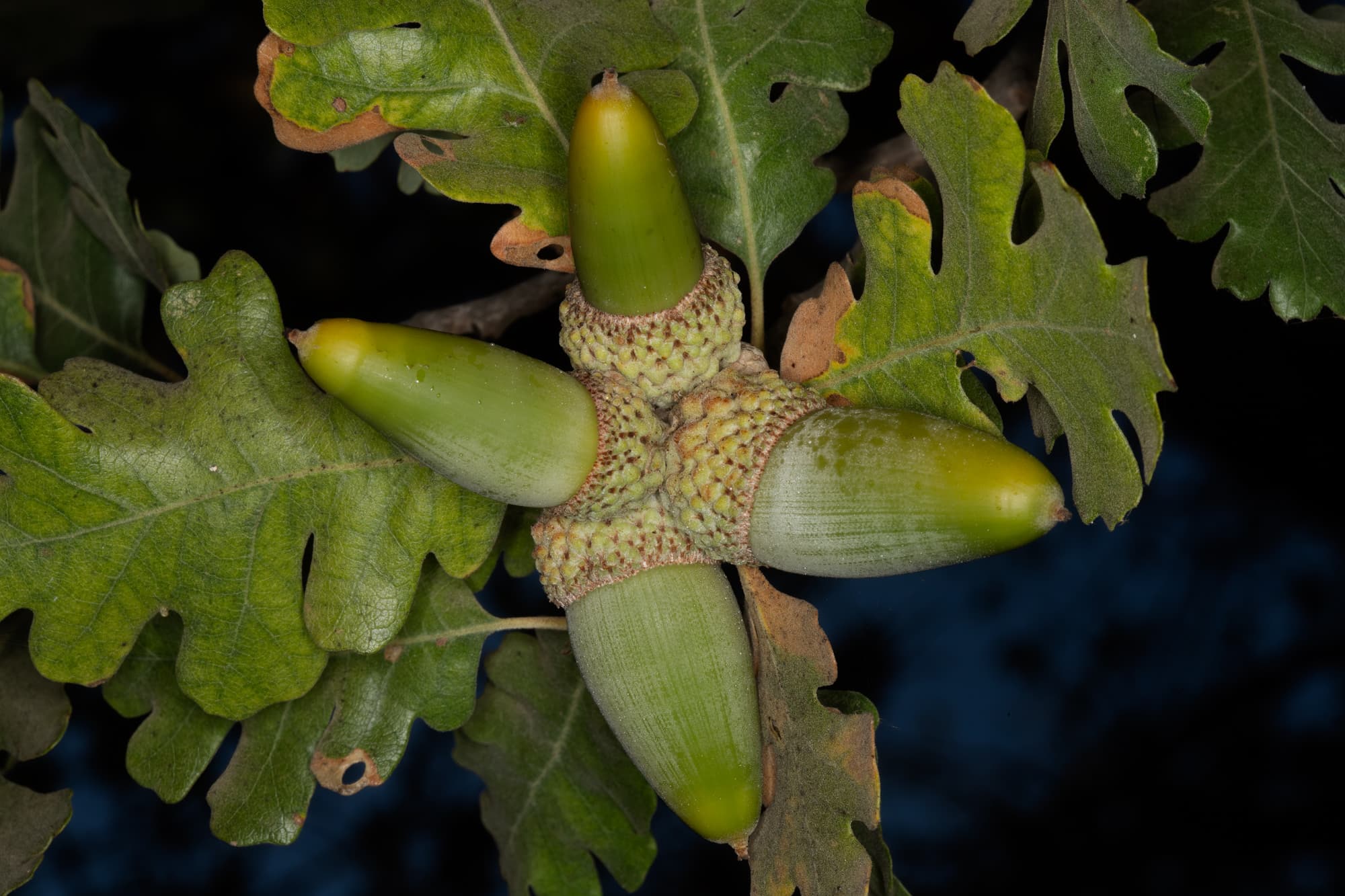 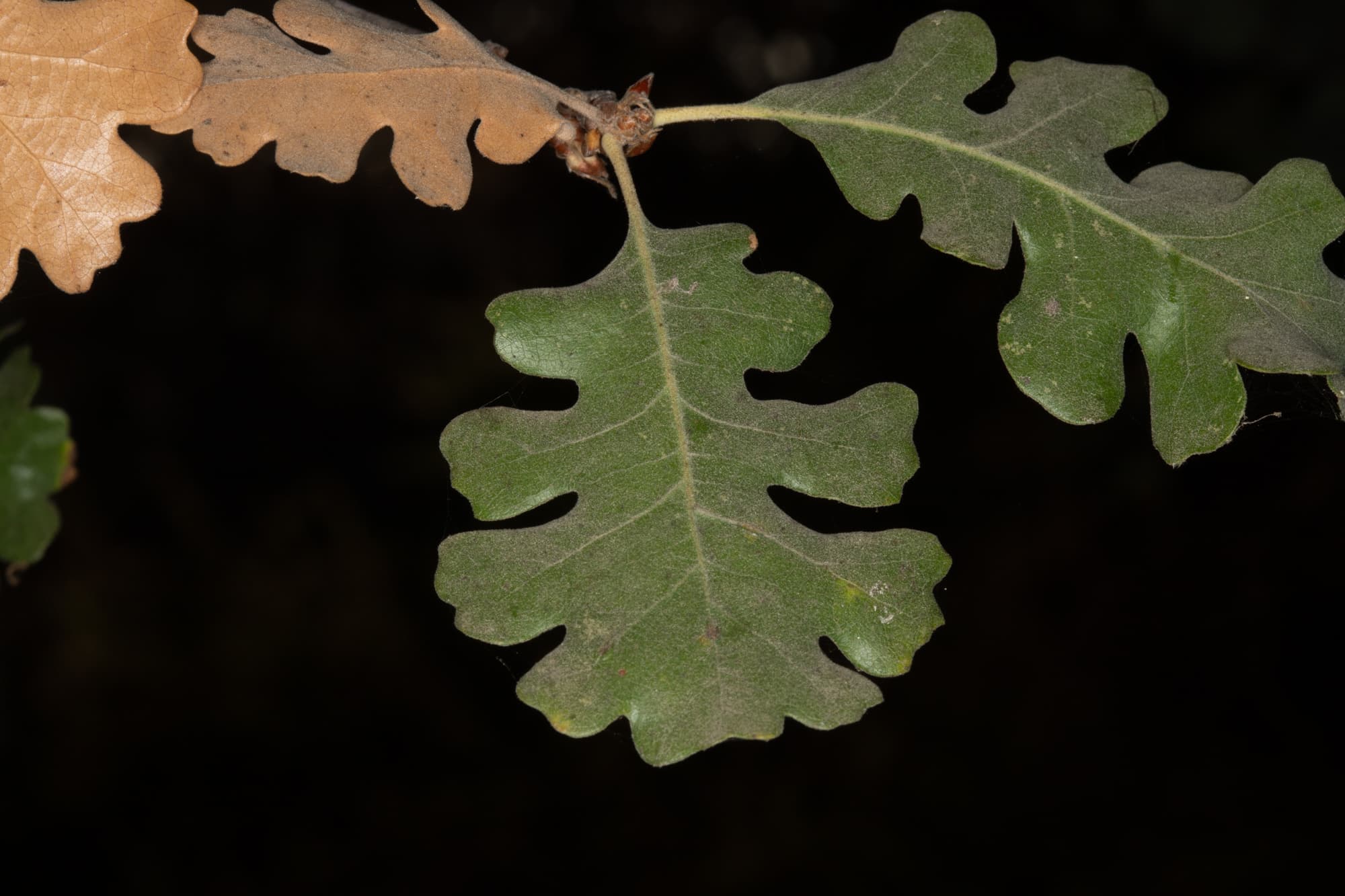 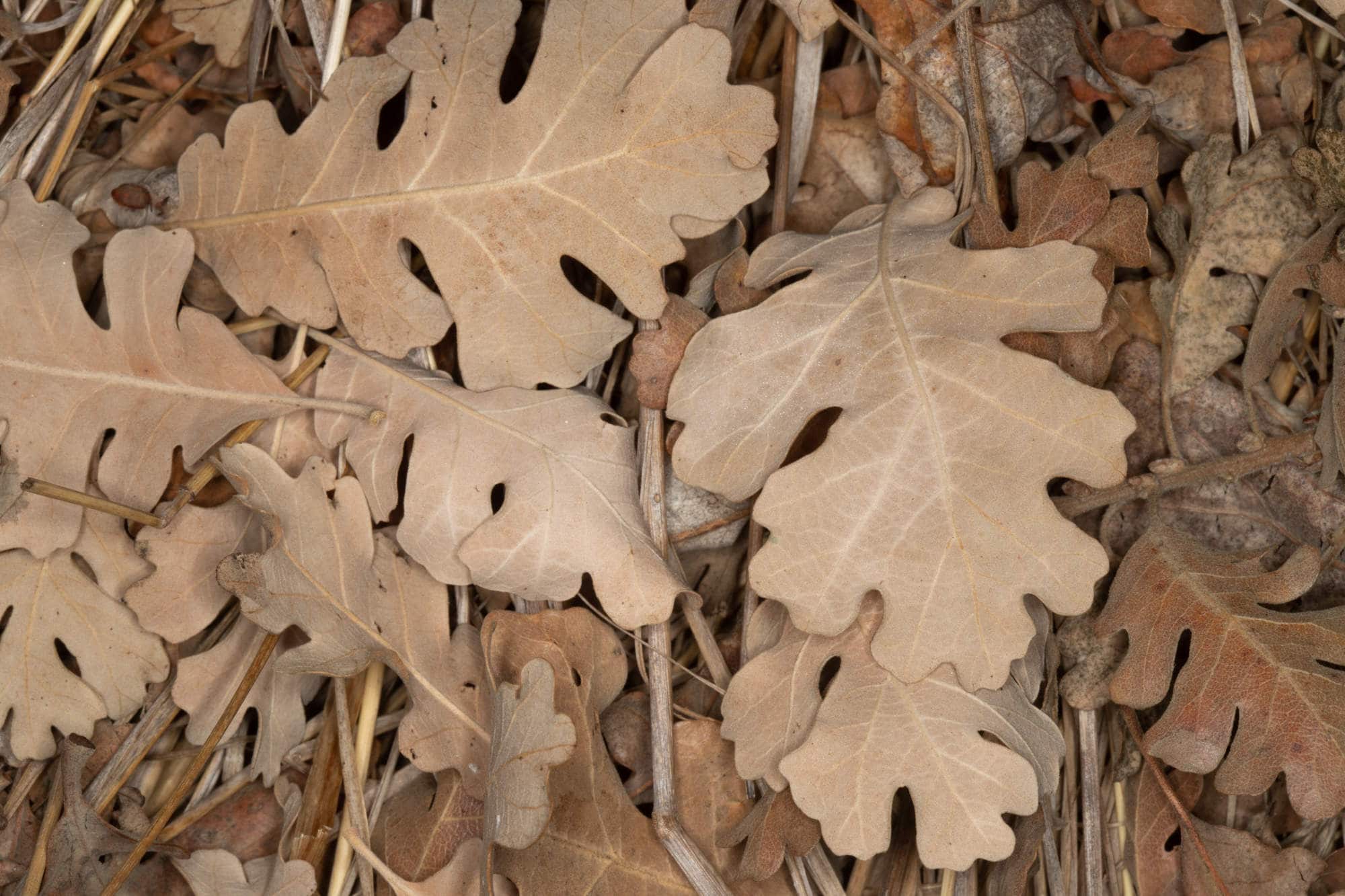 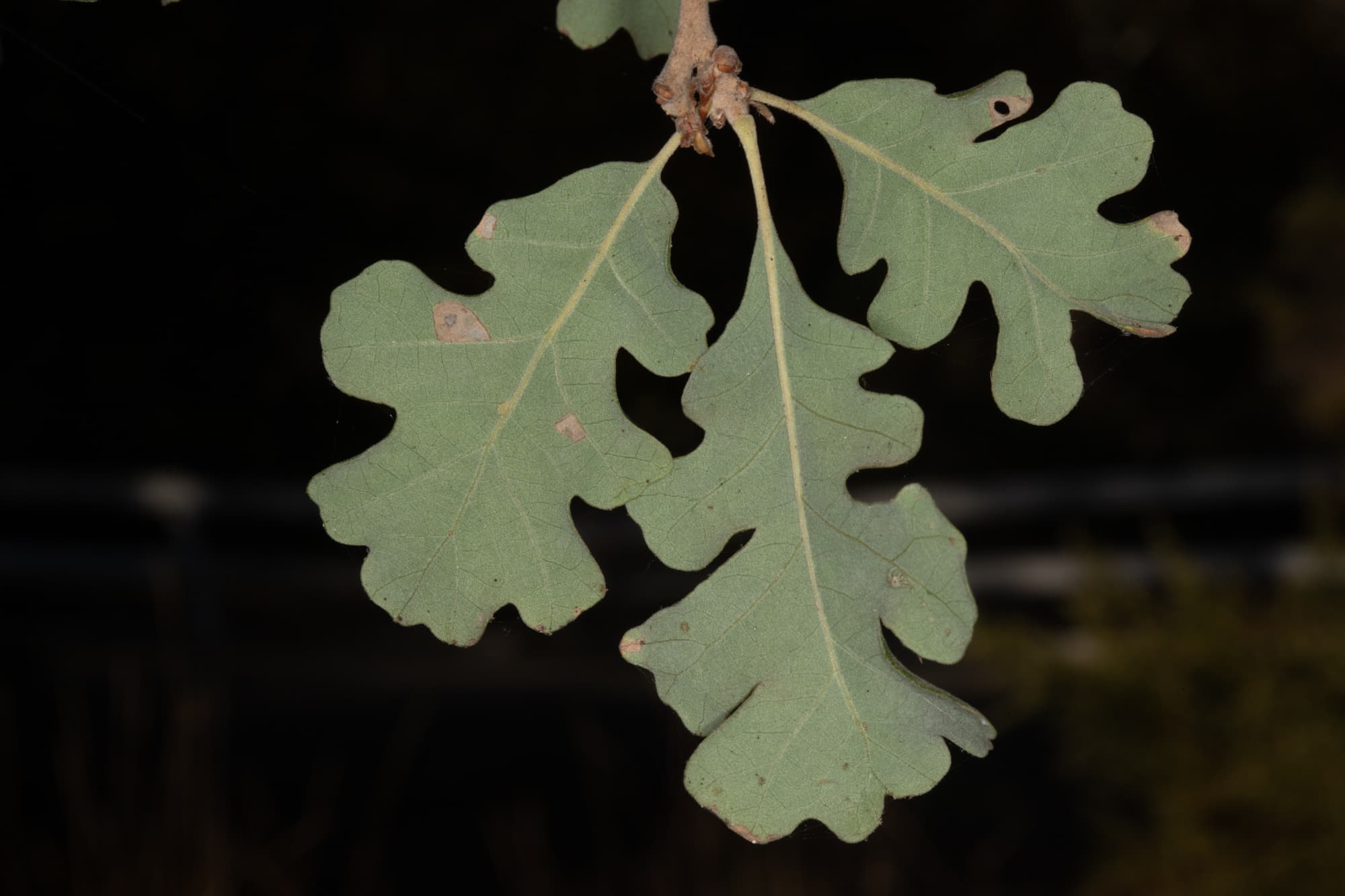 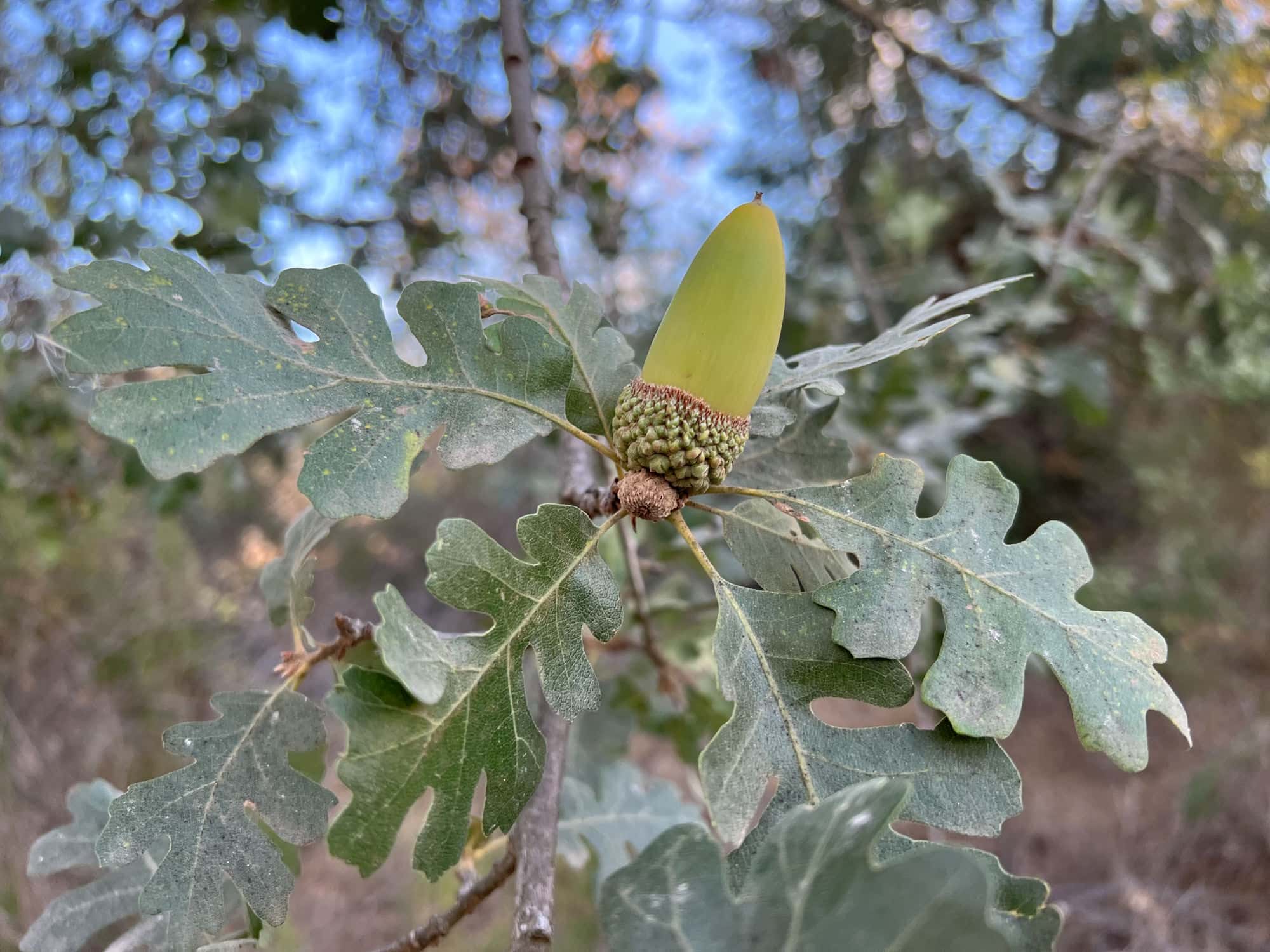 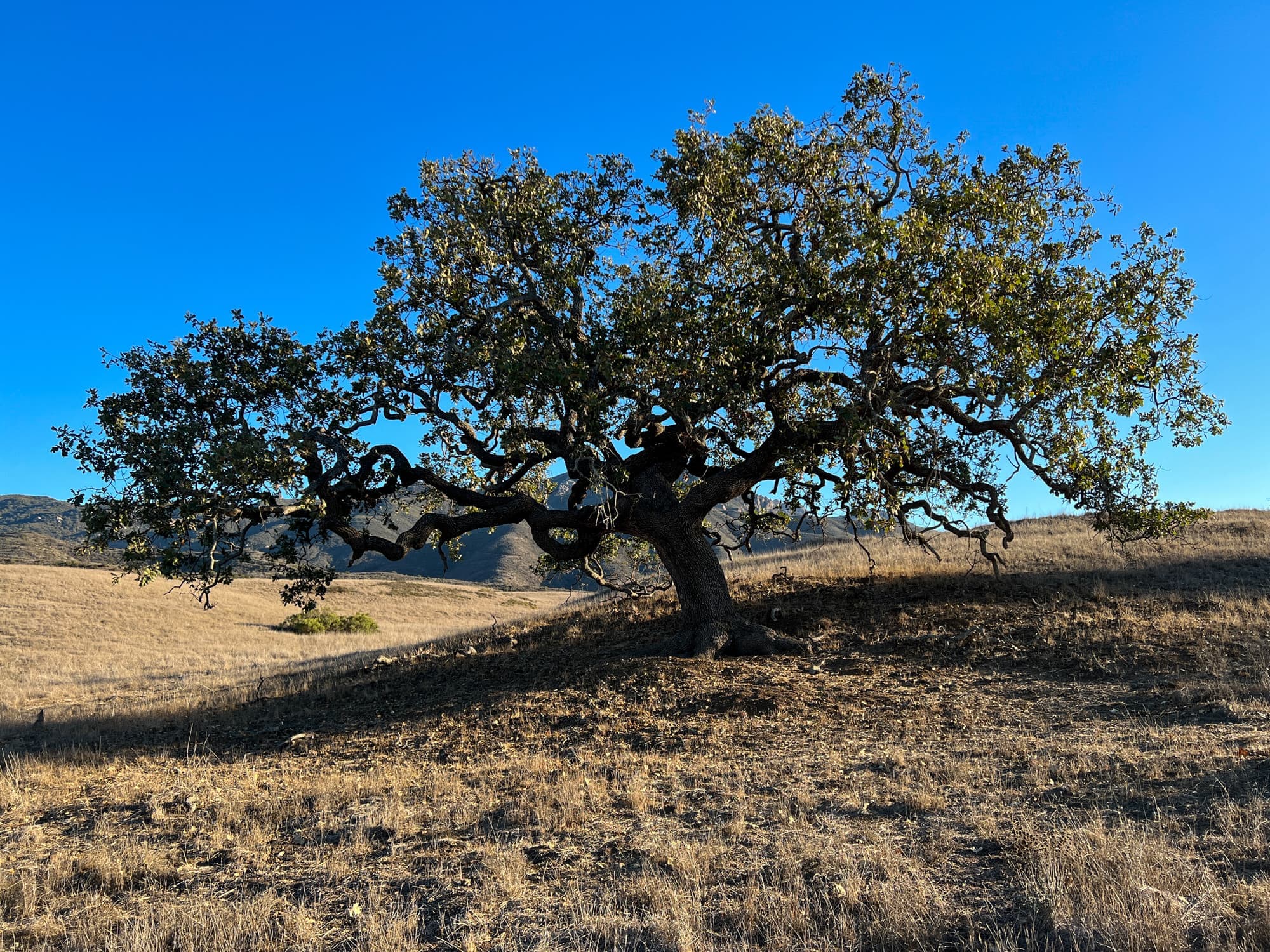 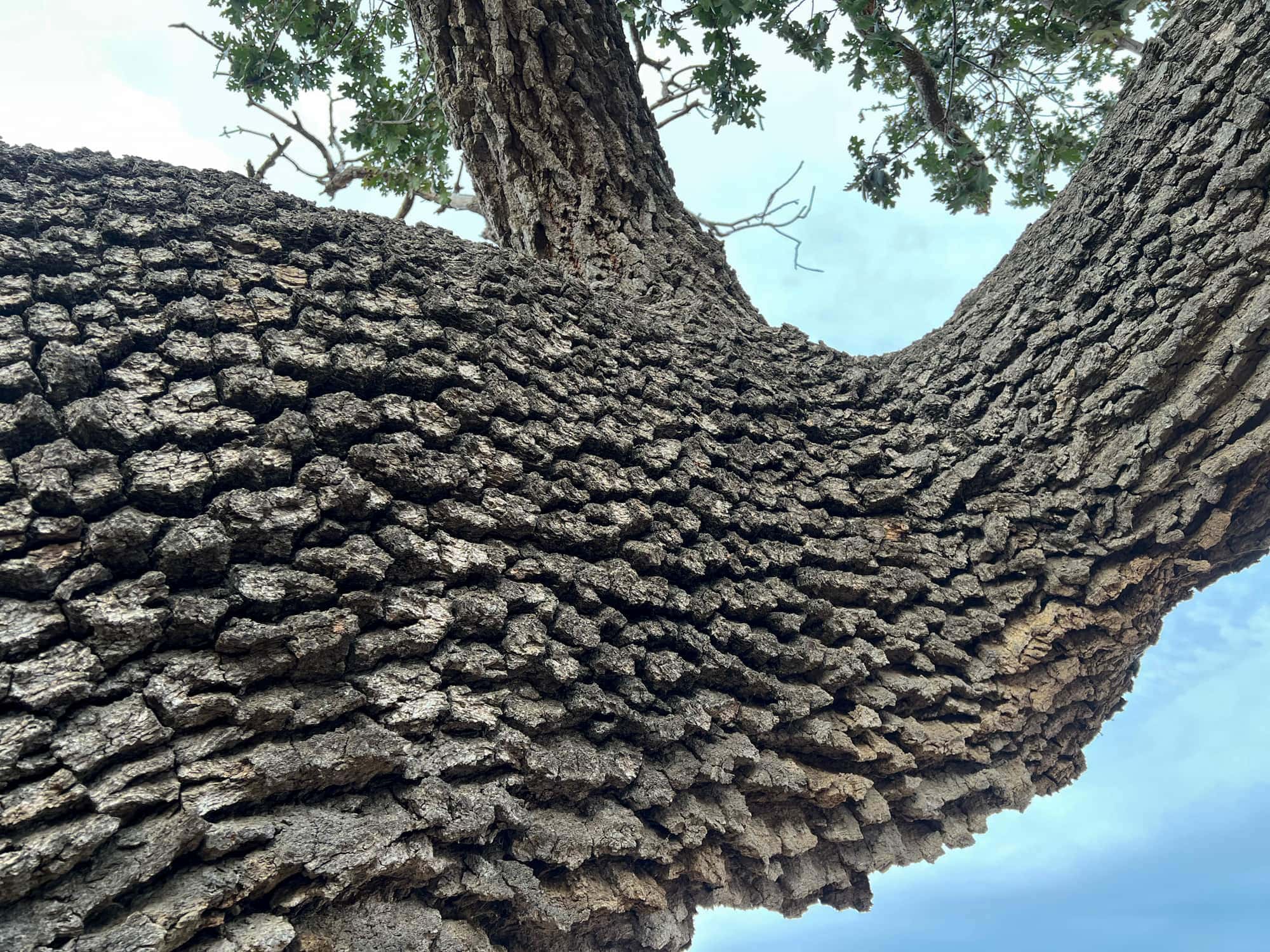 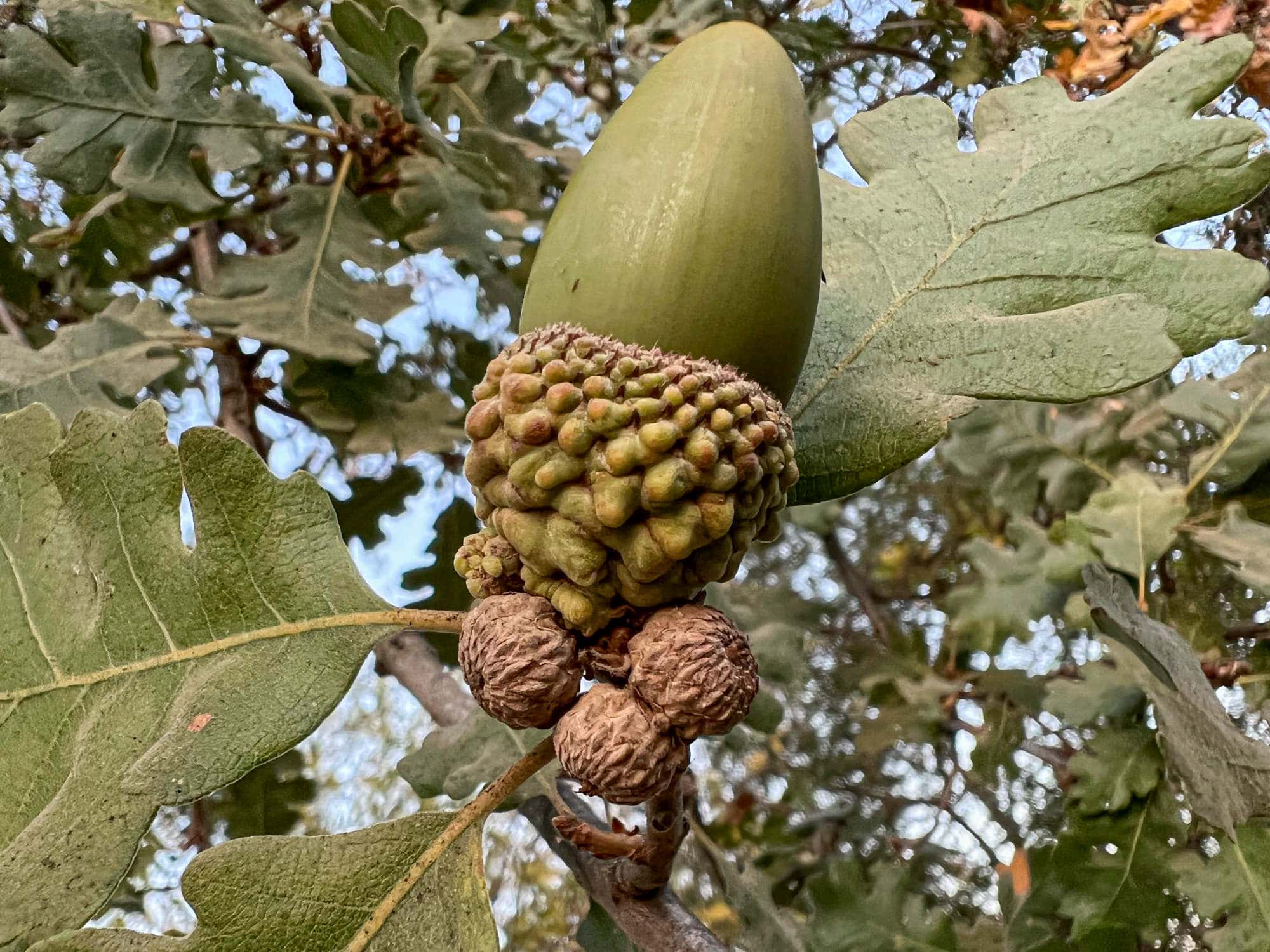 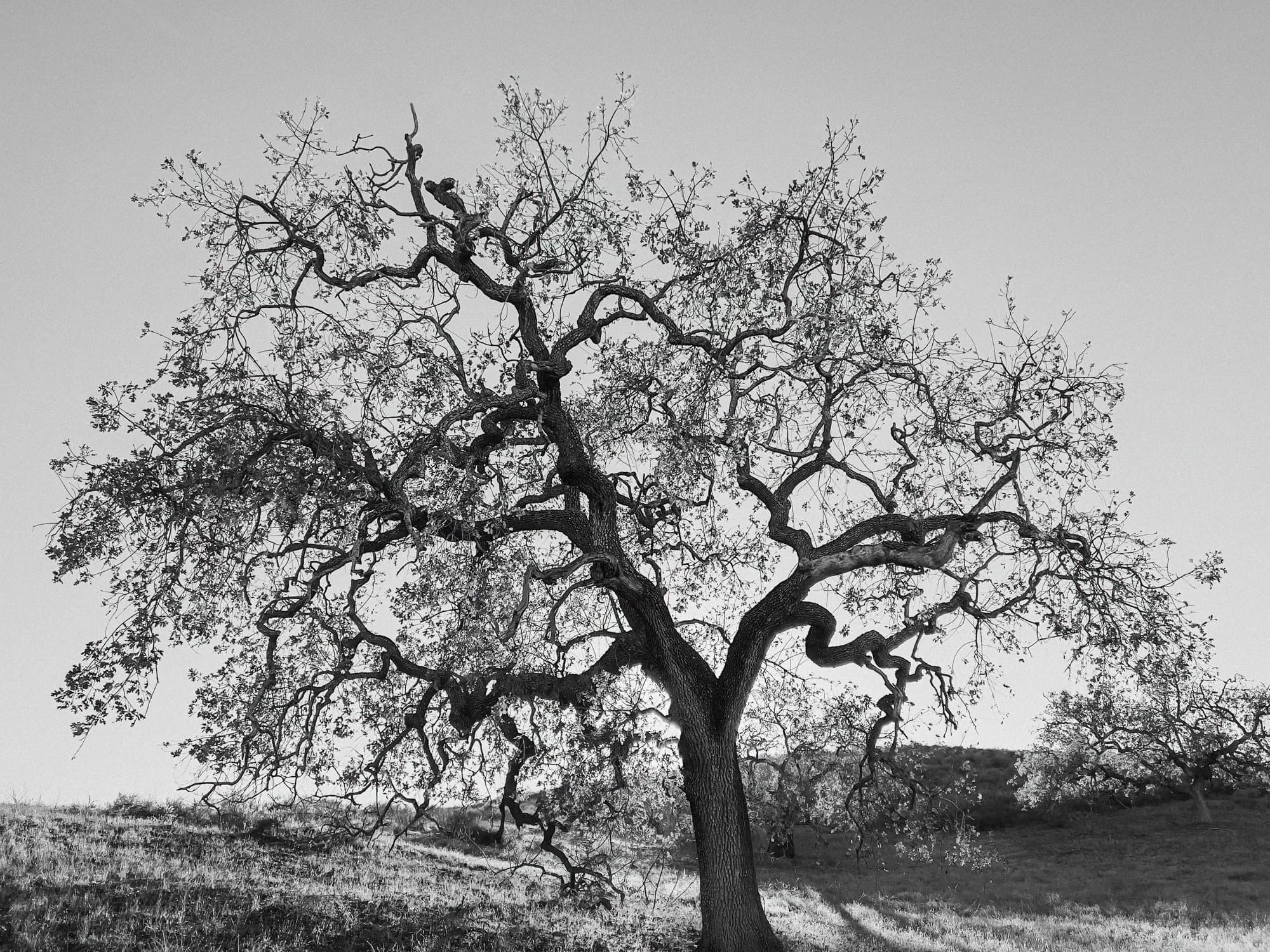 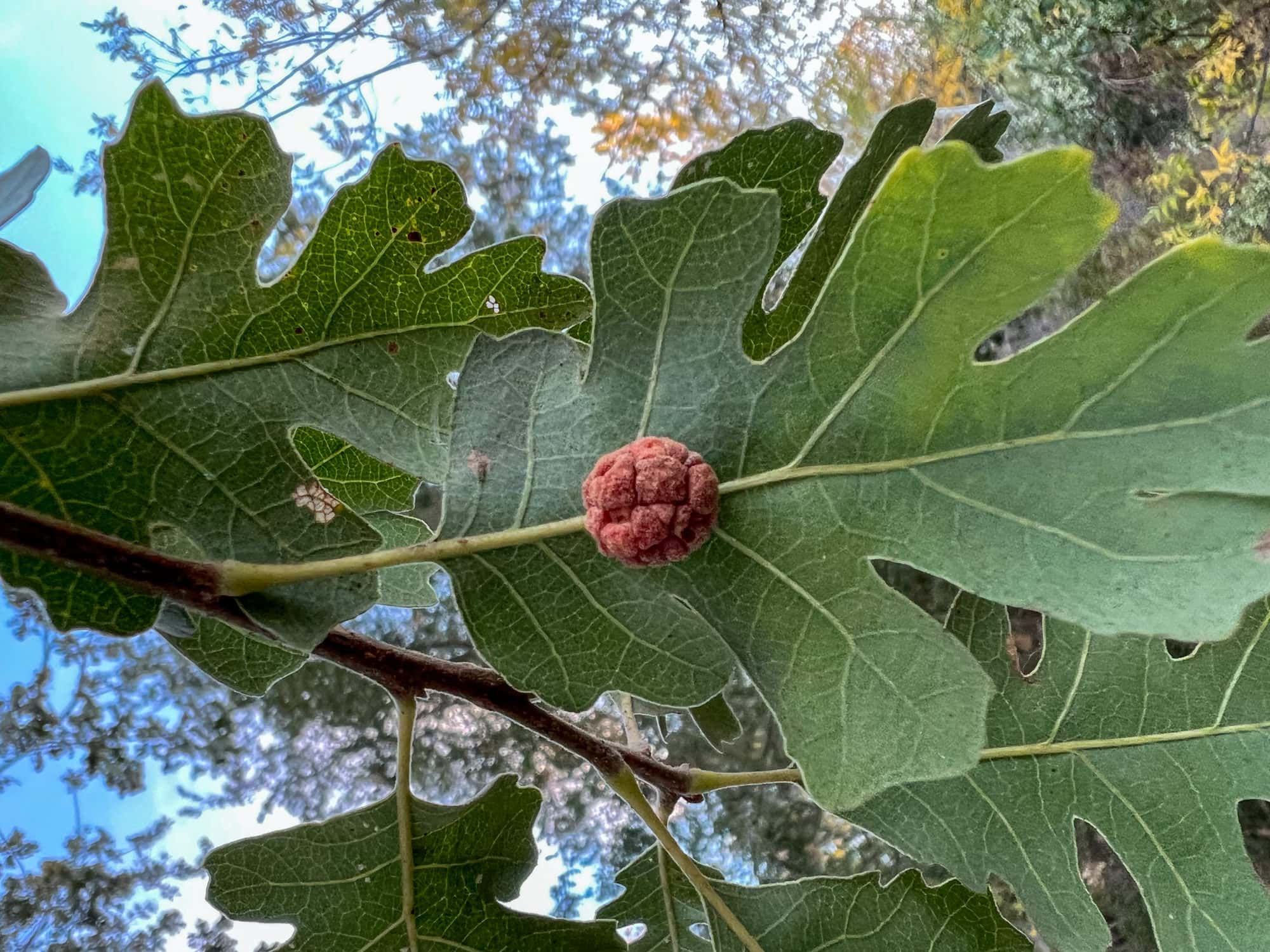 Considering its size, age, and grandeur, the valley oak has been called "the monarch of California oaks" and can reach heights over 100 feet with roots reaching down 75 feet. The massive (up to seven feet in diameter) trunks are built to endure - they can live up to 600 years. The tree gets its species name, Quercus lobata, from its deeply lobed leaves that are shed in the wintertime. This contrasts with the coast live oak, which keeps its more spiny leaves year-round.

Valley oaks are endemic to California, with Los Angeles County marking the southern boundary of its range. They can grow on grassy savannas where the oaks grow large and widely spaced from each other. Unfortunately, a great number of these savannah communities throughout California have been lost to agricultural and urban development and it is believed that only 10% of the tree's original habitat remains. The grassy understory below the oaks has also changed, now being composed mostly of non-native annual grasses that crowd out native species. Valley oaks also form more dense riparian forests alongside Fremont Cottonwoods, and they can also join oak woodland communities along with coast live oak.

Acorns were a major food source for the indigenous peoples of California. Once dried, acorns were pounded into a flour and then prepared for consumption by a process called leaching, which removes the bitter, tannic acids. Once properly leached, the acorn flour was mixed with more water and heated into a soup or mush. One source states that the Chumash preferred acorns from coast live oak over the acorns of valley oak [Jan Timbrook "Chumash Ethnobotany" p159] and another states they were valued and often mixed with acorns of other species [M. Kat Anderson "Tending the Wild" p174]. All parts of the oak tree had a use, from medicine to basketry to toys and even musical instruments. Valley oak acorns are the largest of the California native oaks - nearly two inches in length.

Valley oak communities are an important habitat for wildlife, giving a home for nesting birds and food for birds, insects, animals, and even other plants. Ground squirrels, pocket gophers, scrub jays, acorn woodpeckers, and black-tailed deer eat the acorns. Acorns that are stashed in the ground and forgotten can sprout into a new oak tree.

Oak trees serve as the host to the larvae of various parasitic wasps. The apple gall - true to its namesake - is round and varies in color from green to shades of red and finally to brown as it matures; is the home of the California gall wasp, Andricus quercuscalifornicus. This wasp produces eggs without mating and lives for approximately a week after emerging from the gall. Eggs are deposited onto the plant's stems. In the spring, the eggs hatch and as they feed, they release a chemical that causes the gall to swell over a two-month period. The gall provides the appearance of security from predators. However, these galls and the inhabitants inside are a source of food for caterpillars, squirrels, birds and larger wasps. The last image shows the galls created by the Convoluted Gall Wasp (Andricus confertus, Cynipidae, Hymenoptera) - this "brainy" looking gall is a cluster of several individual galls.

Name Origin: Quercus: the classical Latin name for the oak from Roman times, interestingly no certain derivation for the name, possibly from the Celtic quer, "fine," and cuez, "tree." - loba'ta: lobed.
Found on CalFlora.net a wonderful site for native plant information.