Plant of the Month - Violet Snapdragon 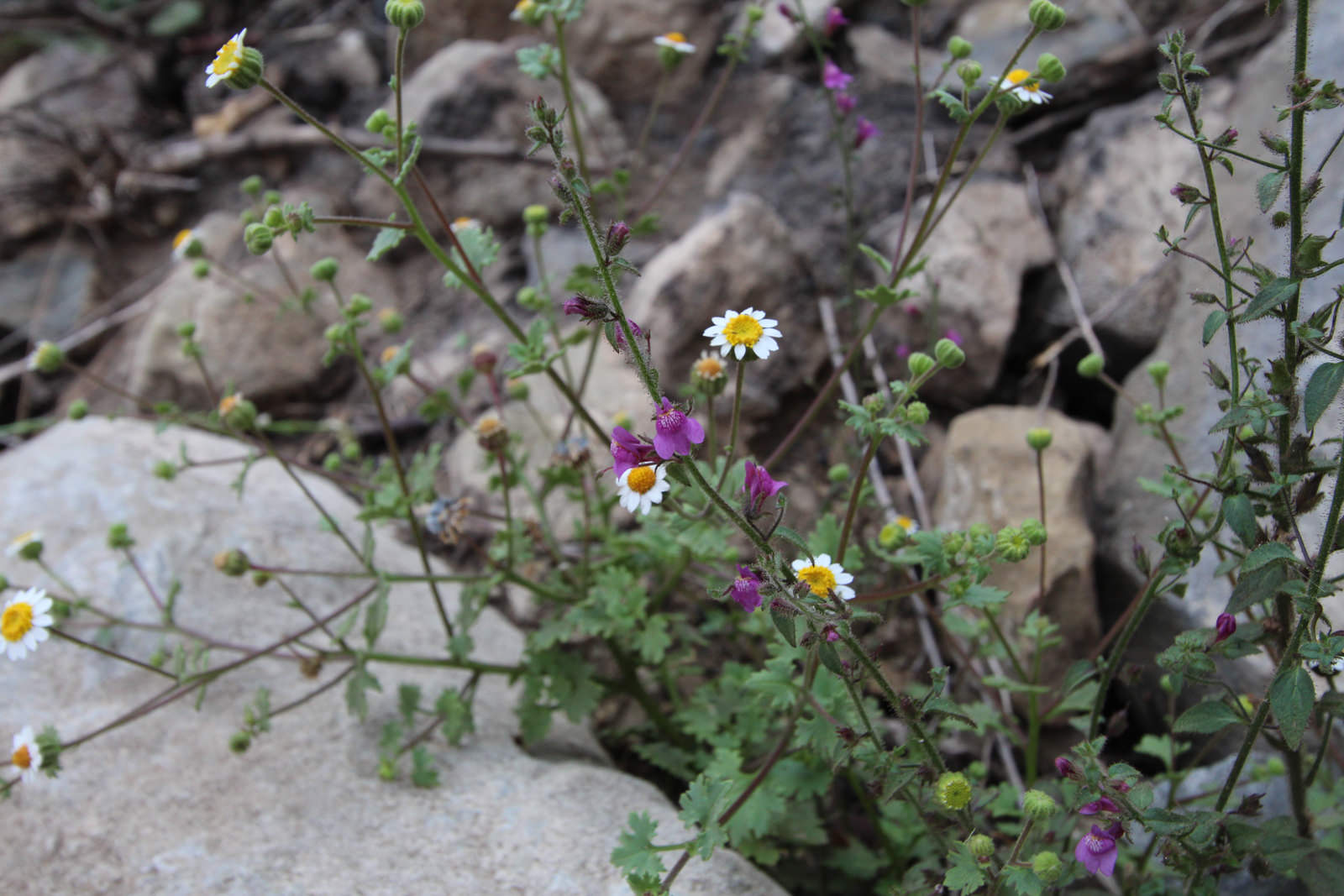 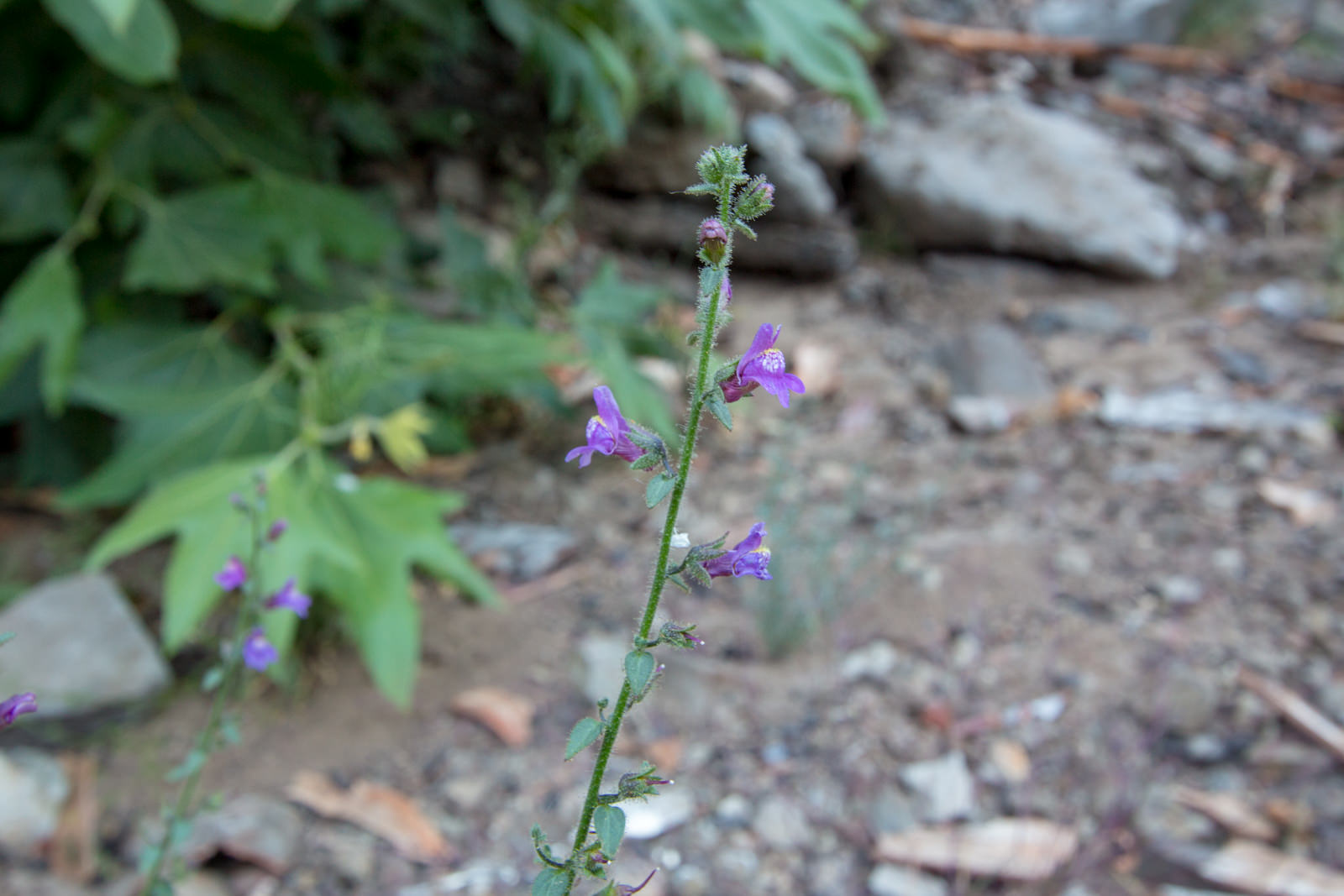 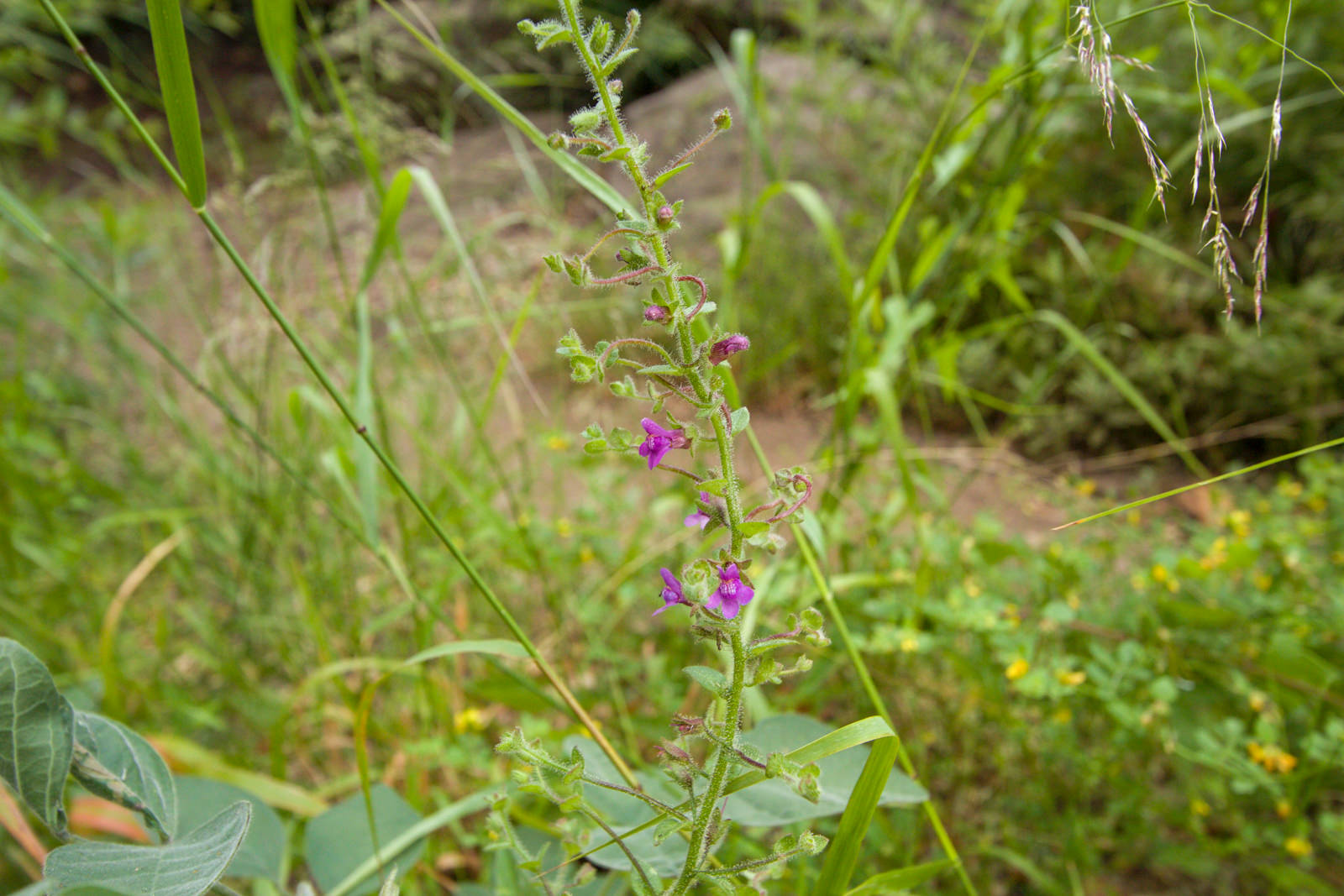 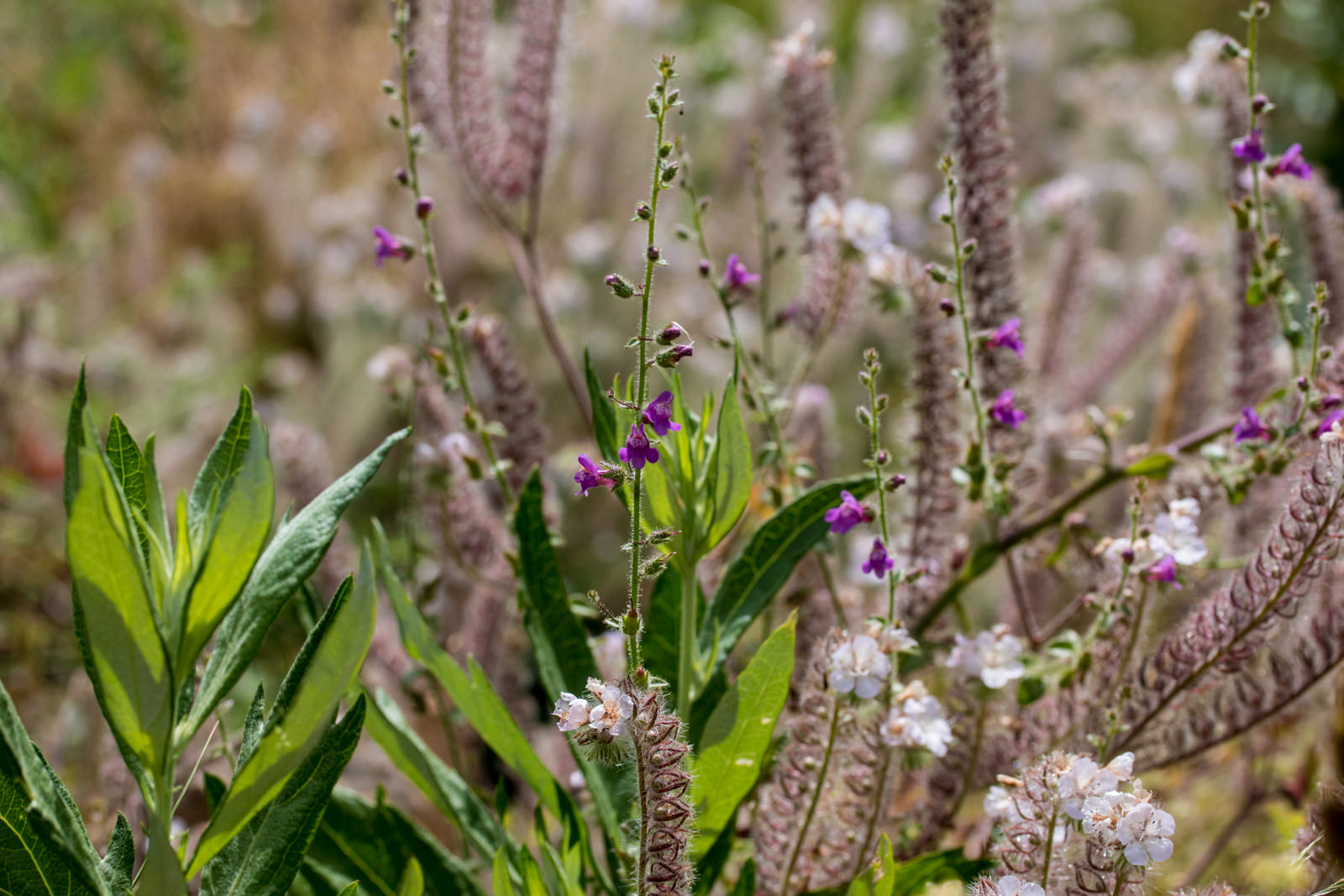 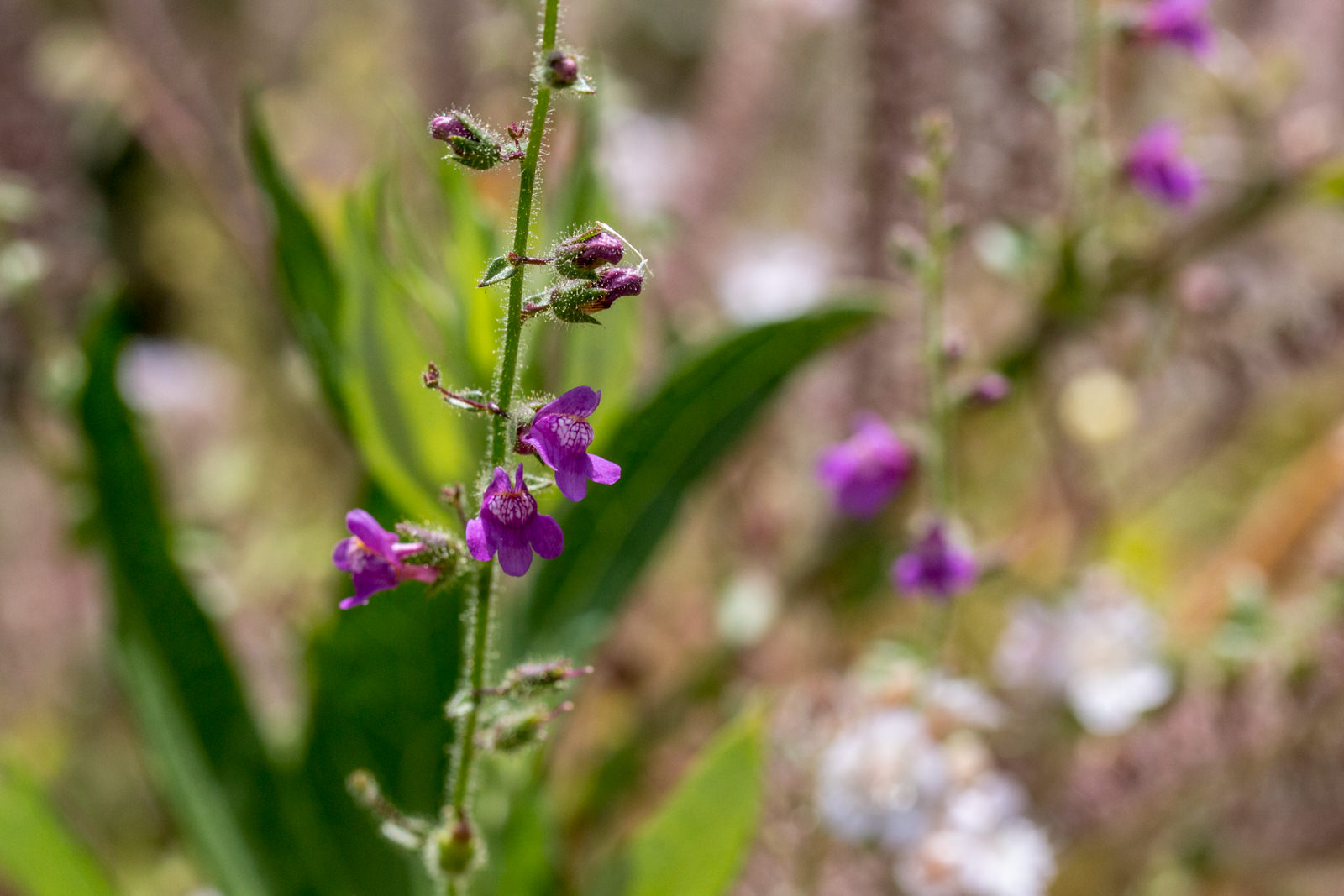 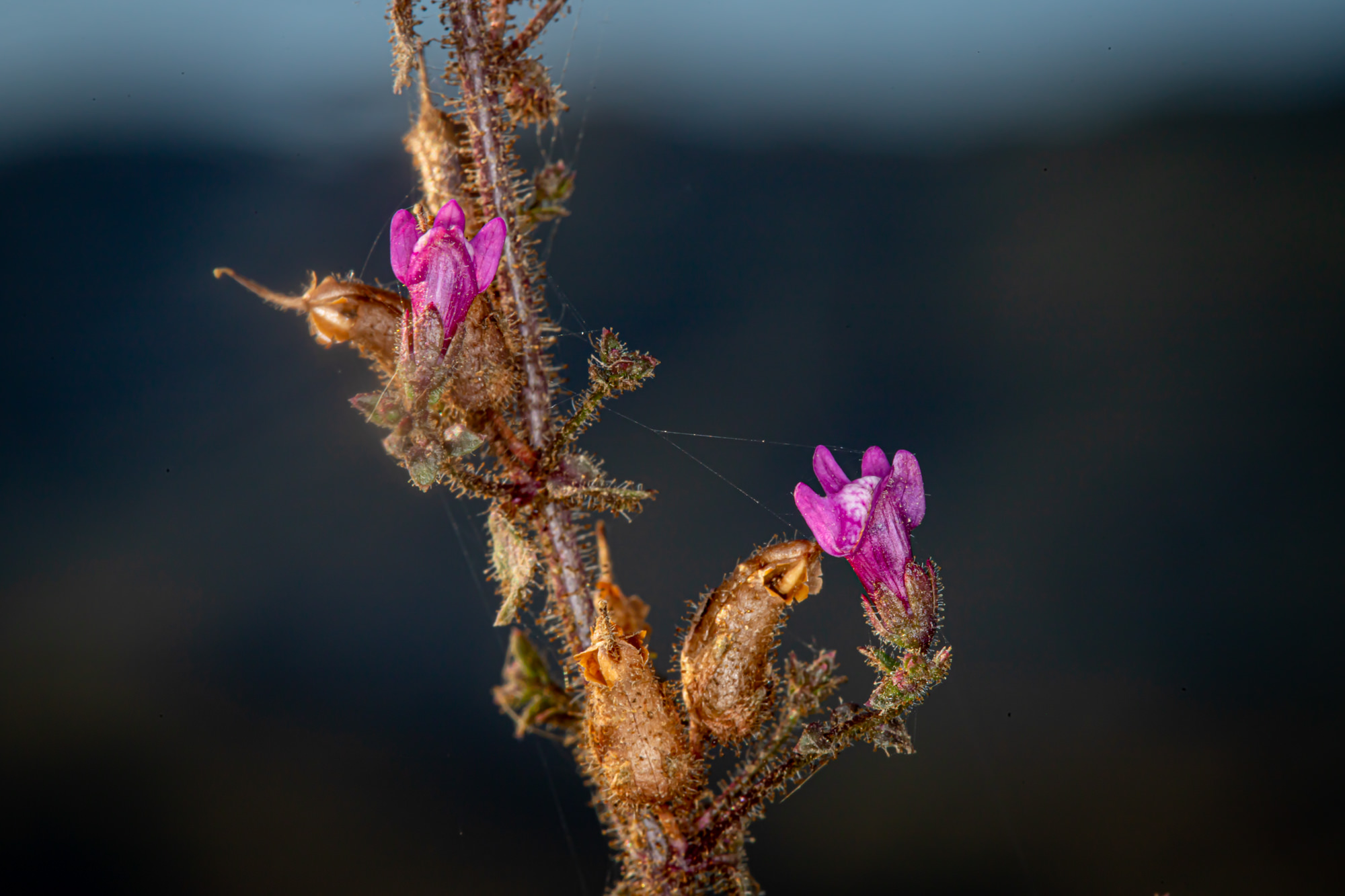 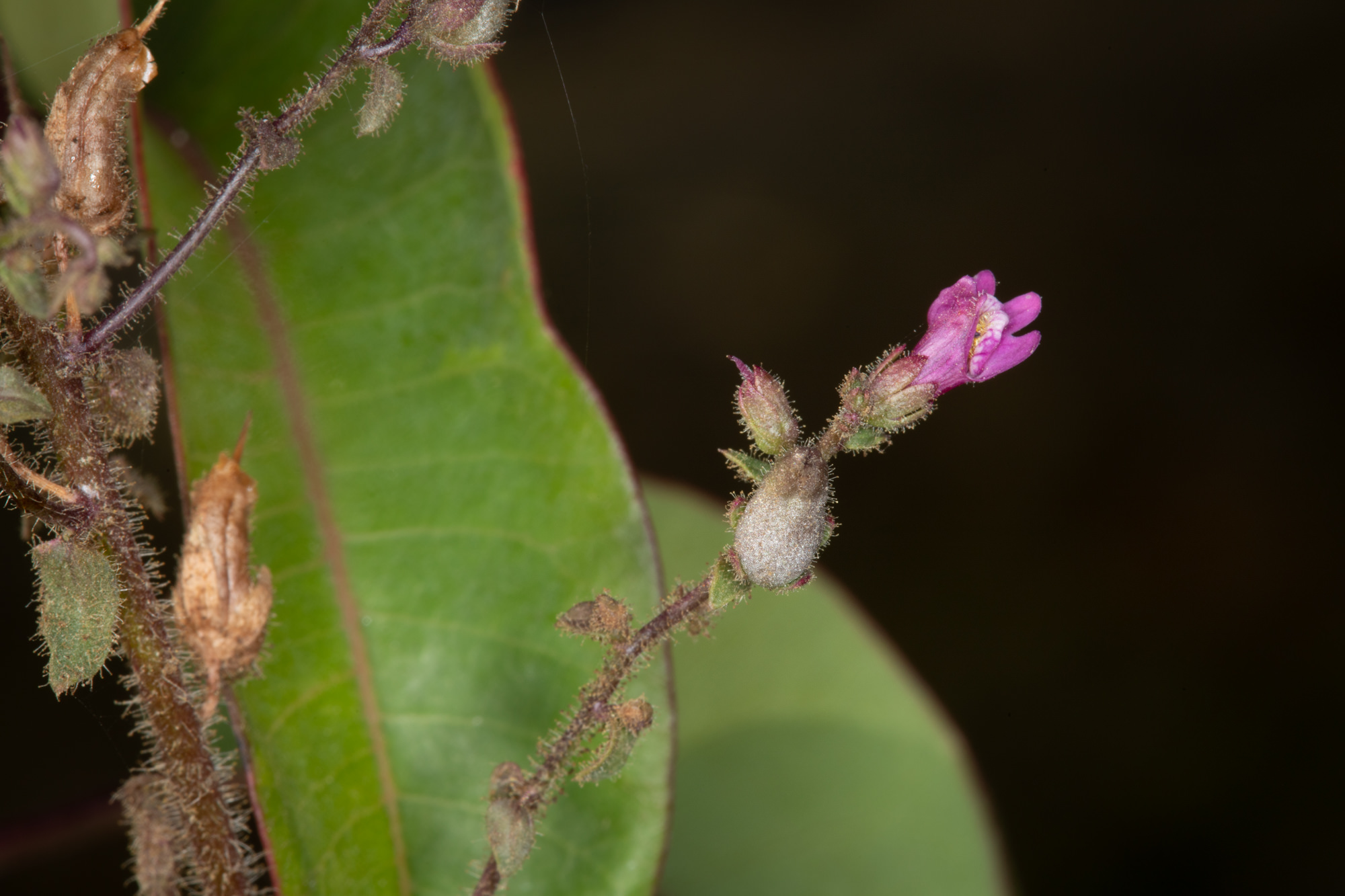 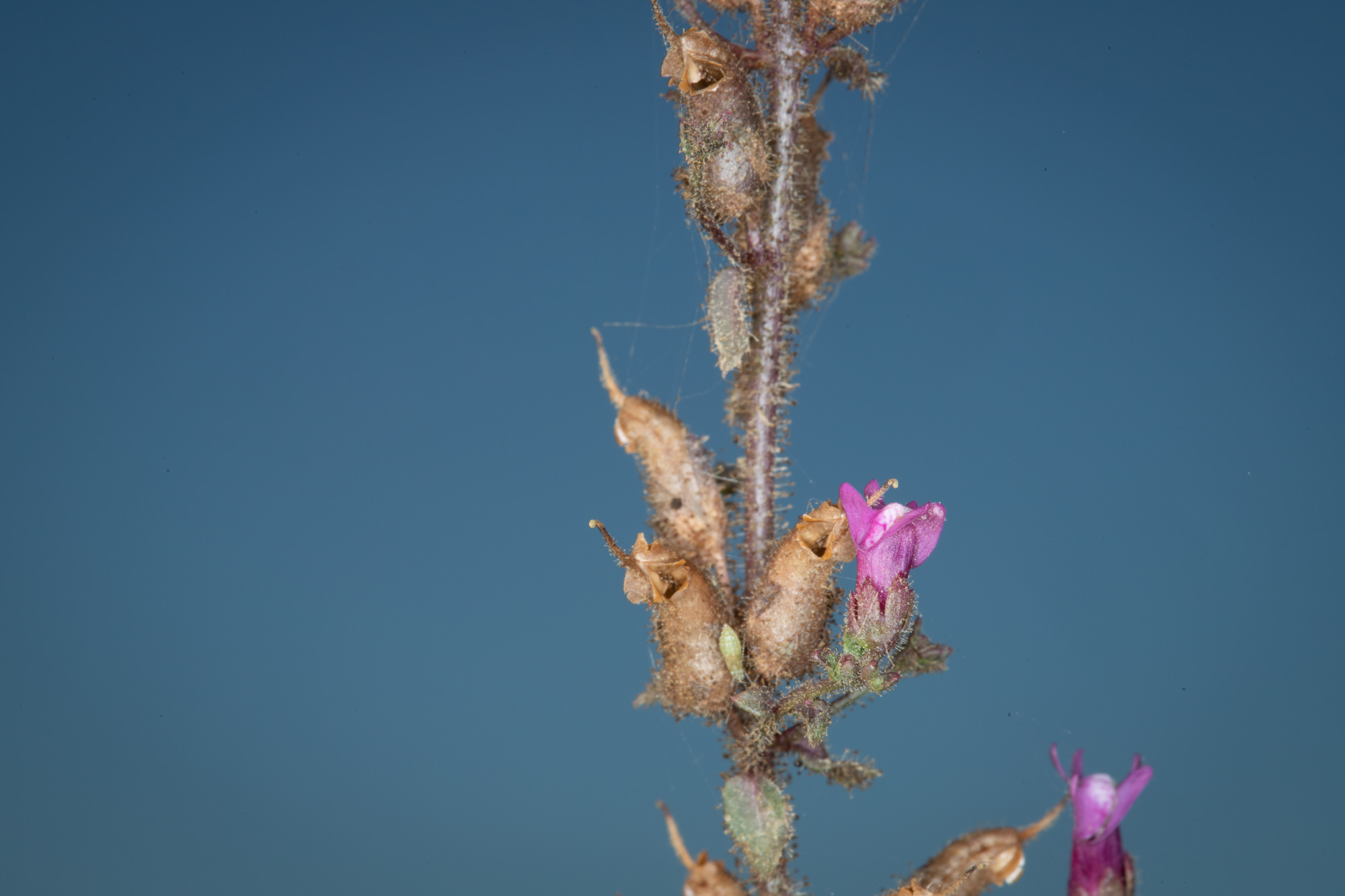 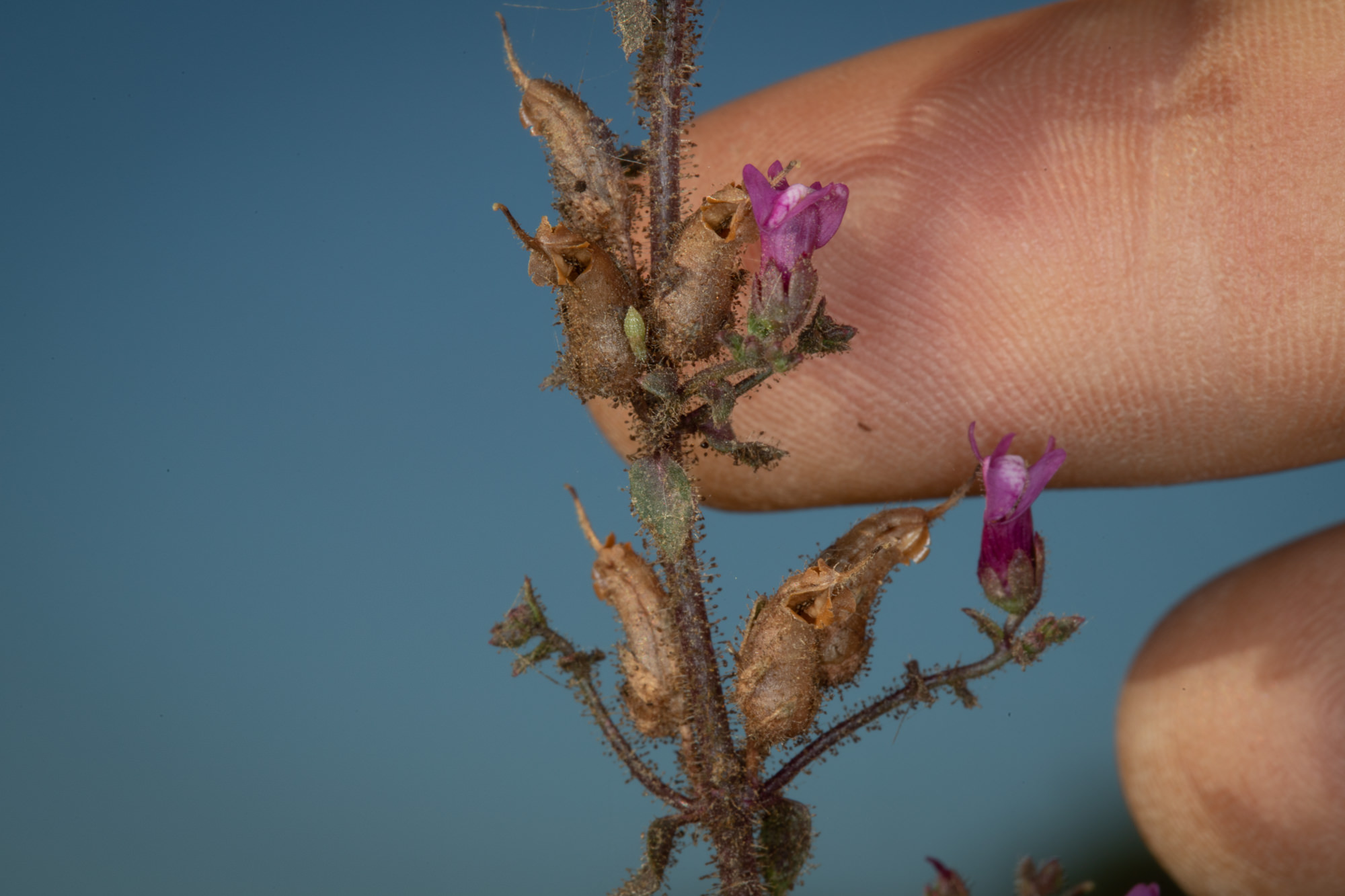 Violet Snapdragon or Antirrhinum nuttallianum is an annual or biennial herb that takes one of two forms. A vine-like stem that often clings to other plants for support, but does not twine as tightly as Twining Snapdragon or a more traditional vertical orientation. The flowers have the characteristic snapdragon shape. The lower lip has a white patch with purple veins and accommodates bees quiet handily. The platform appears to be inflated and when properly weighted opens to expose the nectary or reproductive parts of the plant. Fine yellow to gold hairs and a variety of visual queues - indicating that this landing strip was made for pollinators. Once inside the flower tube, the back-end of the bee contacts the plant's anthers which then dust the bee with pollen. Found on grassy slopes and in canyons below 4,000 ft (1200 m); flowers March-June. This plant is considered a fire follower and is more plentiful in the year or two after a fire.

Without support from other plants, the plant tends be more rounded than upright , usually less than 3 feet high; with support it may reach the tops of shrubs considerably taller. Leaves are triangular to heart-shaped, no more than 1 inch long by 3/4 inch wide (24x19 mm). Lower leaves are opposite while the upper leaves alternate. Fine hairs cover most of the plant.

Name Origin:Antirrhinum: one of the senses of the Greek anti is "like," and rhina means "nose. This plant is also named for Thomas Nuttall, a naturalist who explored California between 1835 and 1836; incidentally Thomas Nuttall appears in the book Two Years Before The Mast by William Dana. Source for Thomas Nuttal Information

The genus Antirrhinum has recently been revised. Although the current Jepson retains Nuttall's snapdragon in Antirrhinum, other references have moved many of the new world snapdragons into genus Sairocarpus. It is expected that the next revision of Jepson will adopt this classification.