Plant of the Month - Virgin's Bower 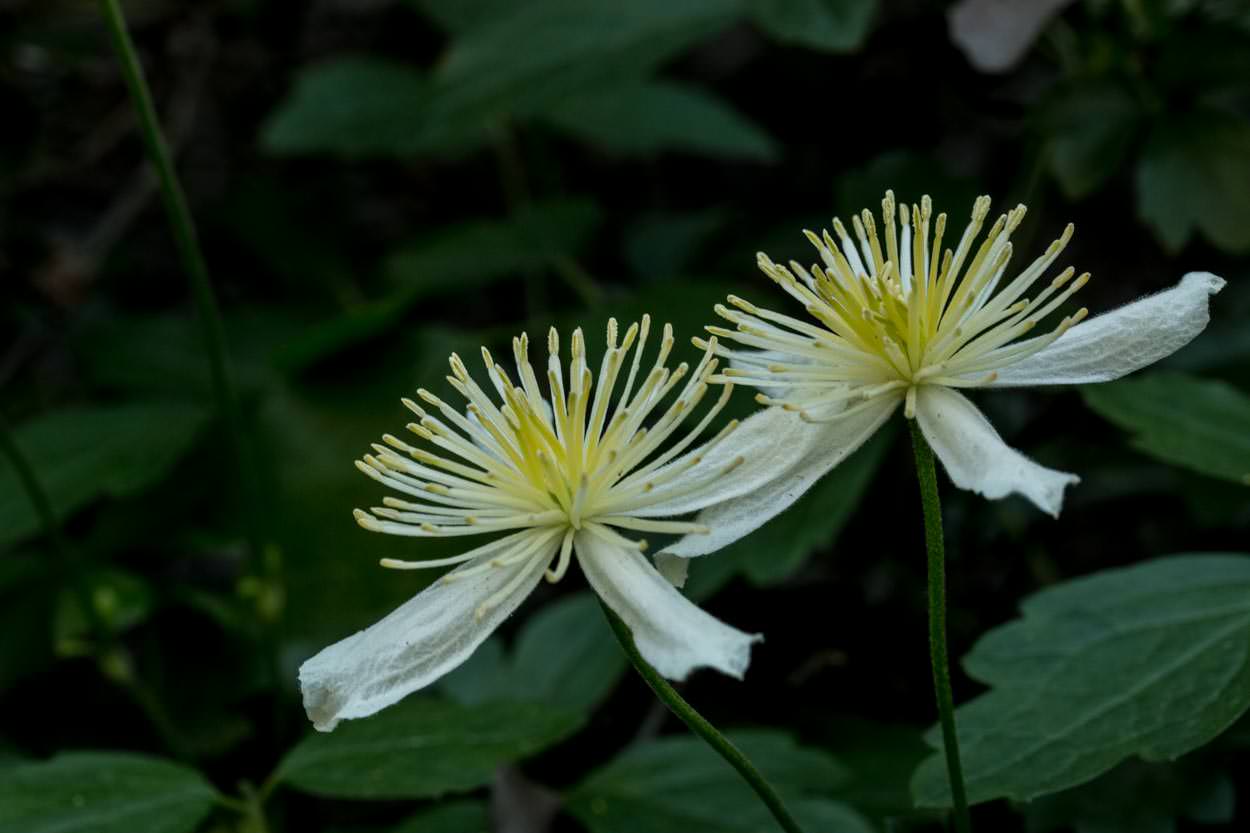 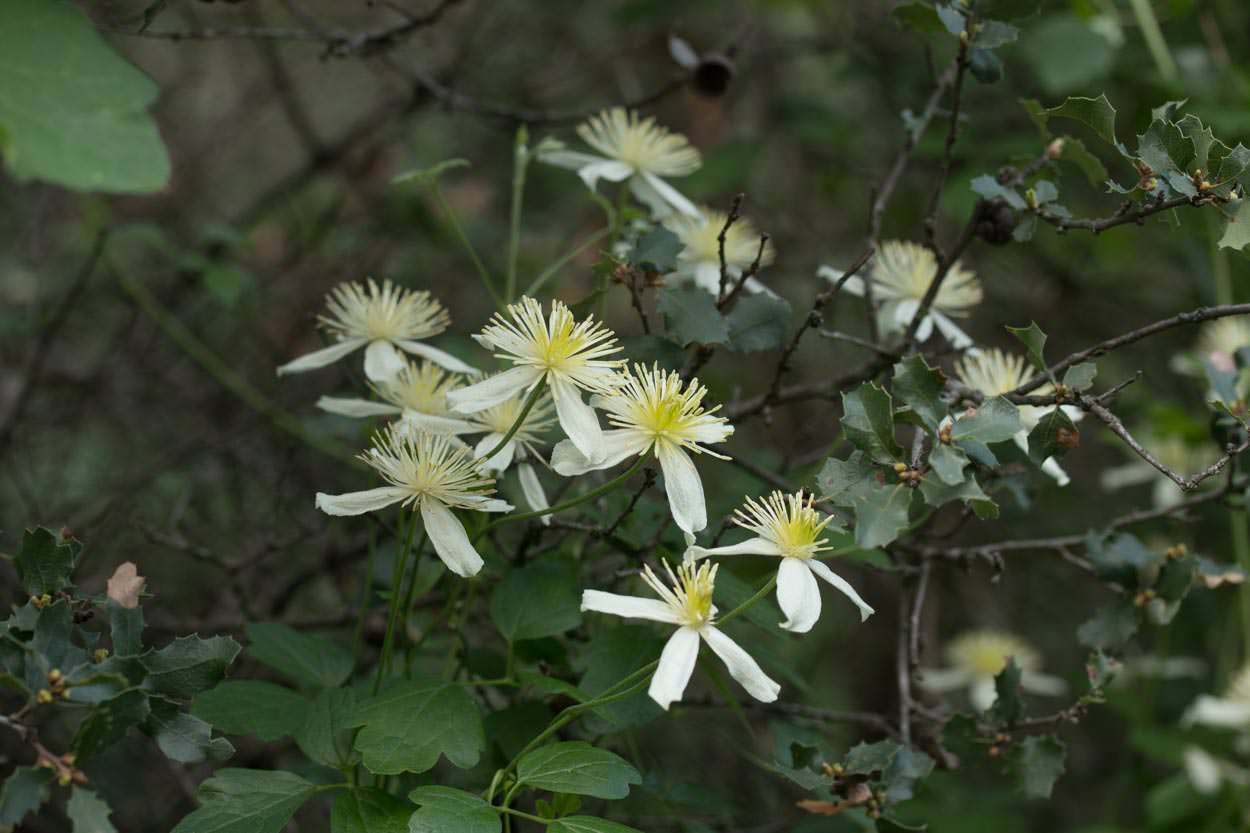 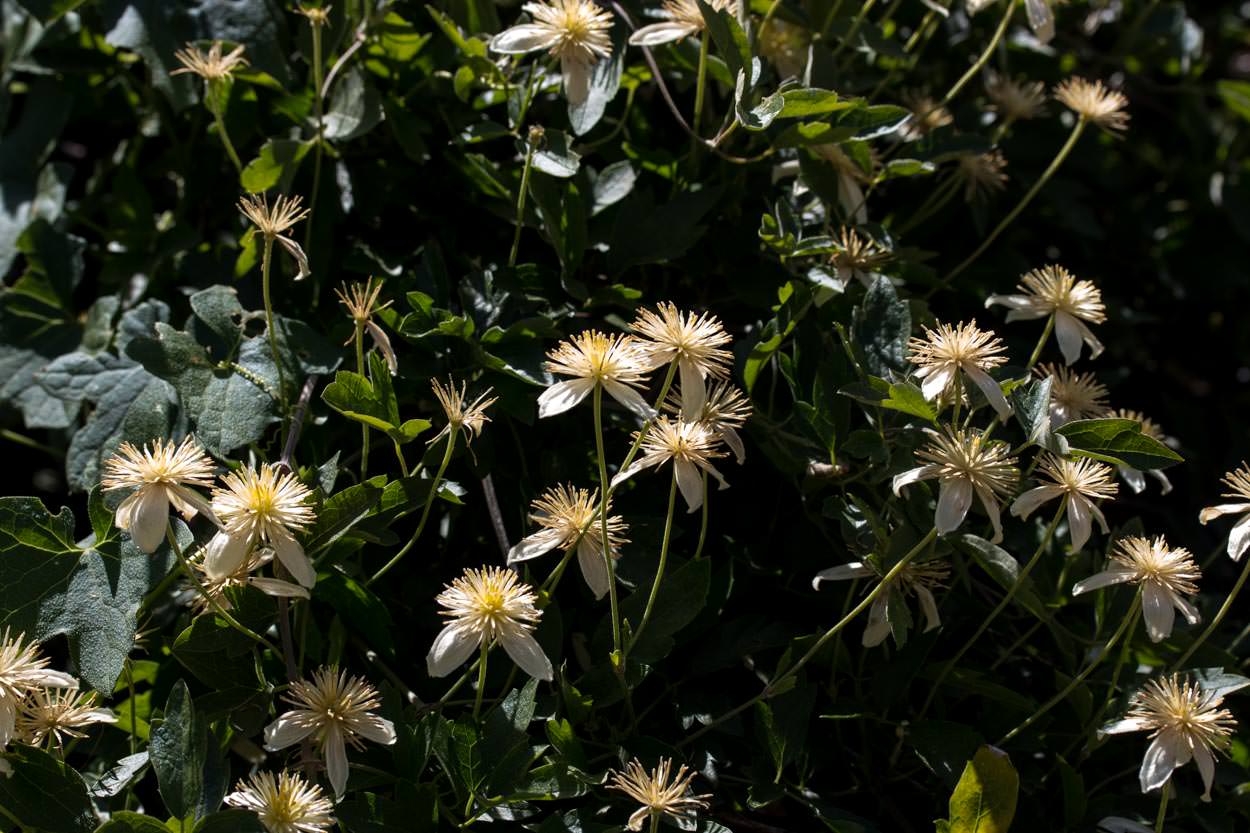 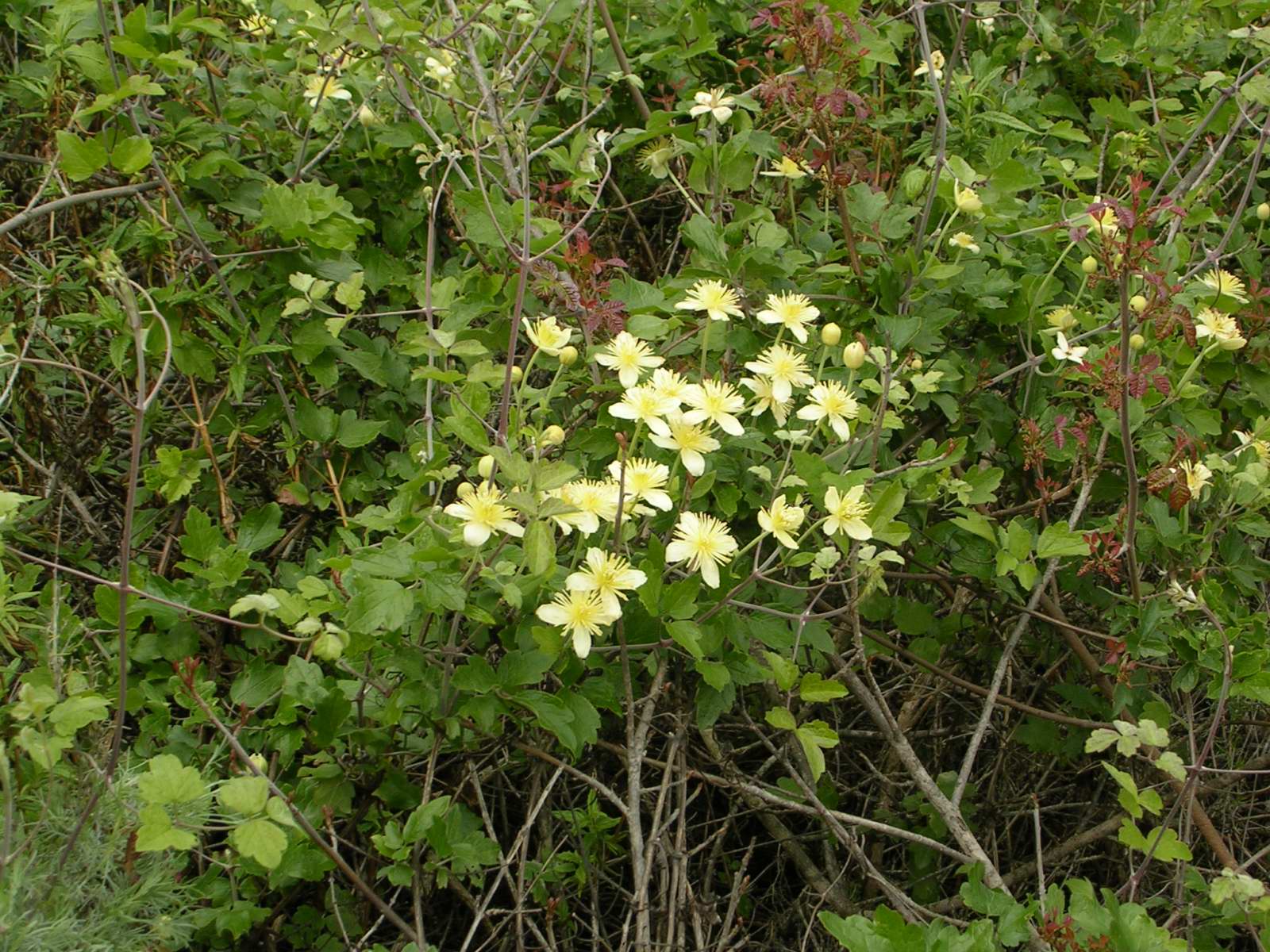 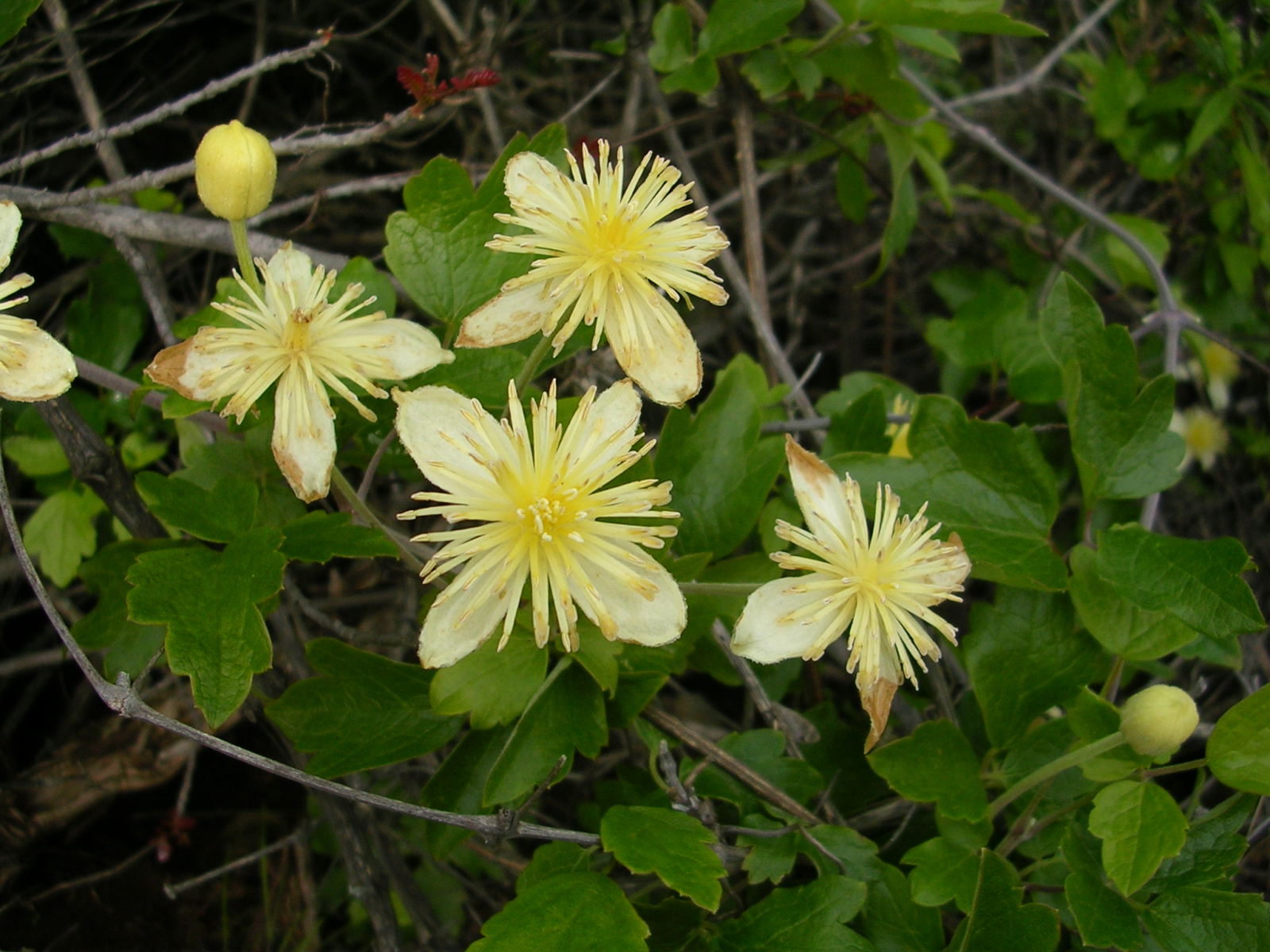 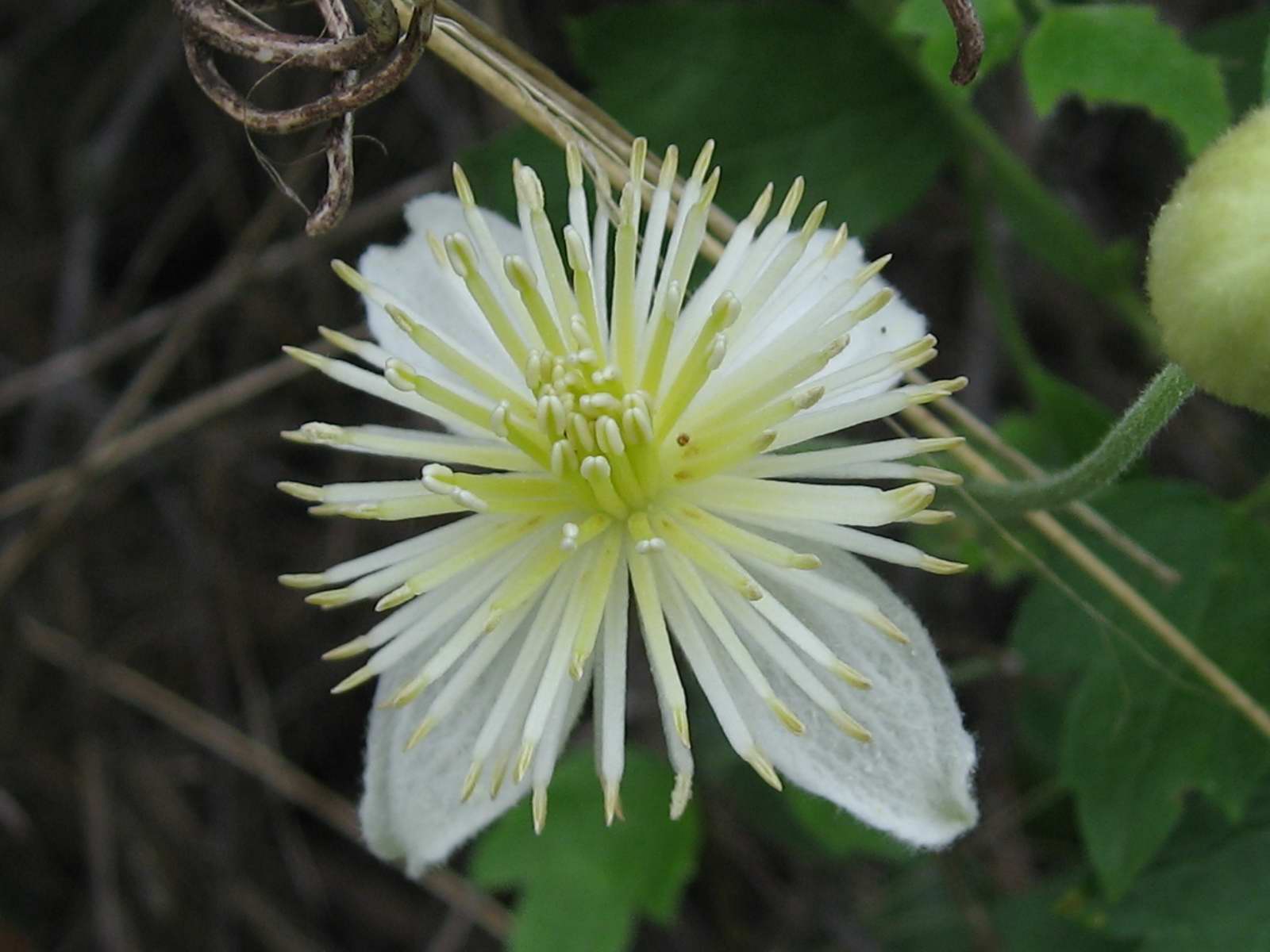 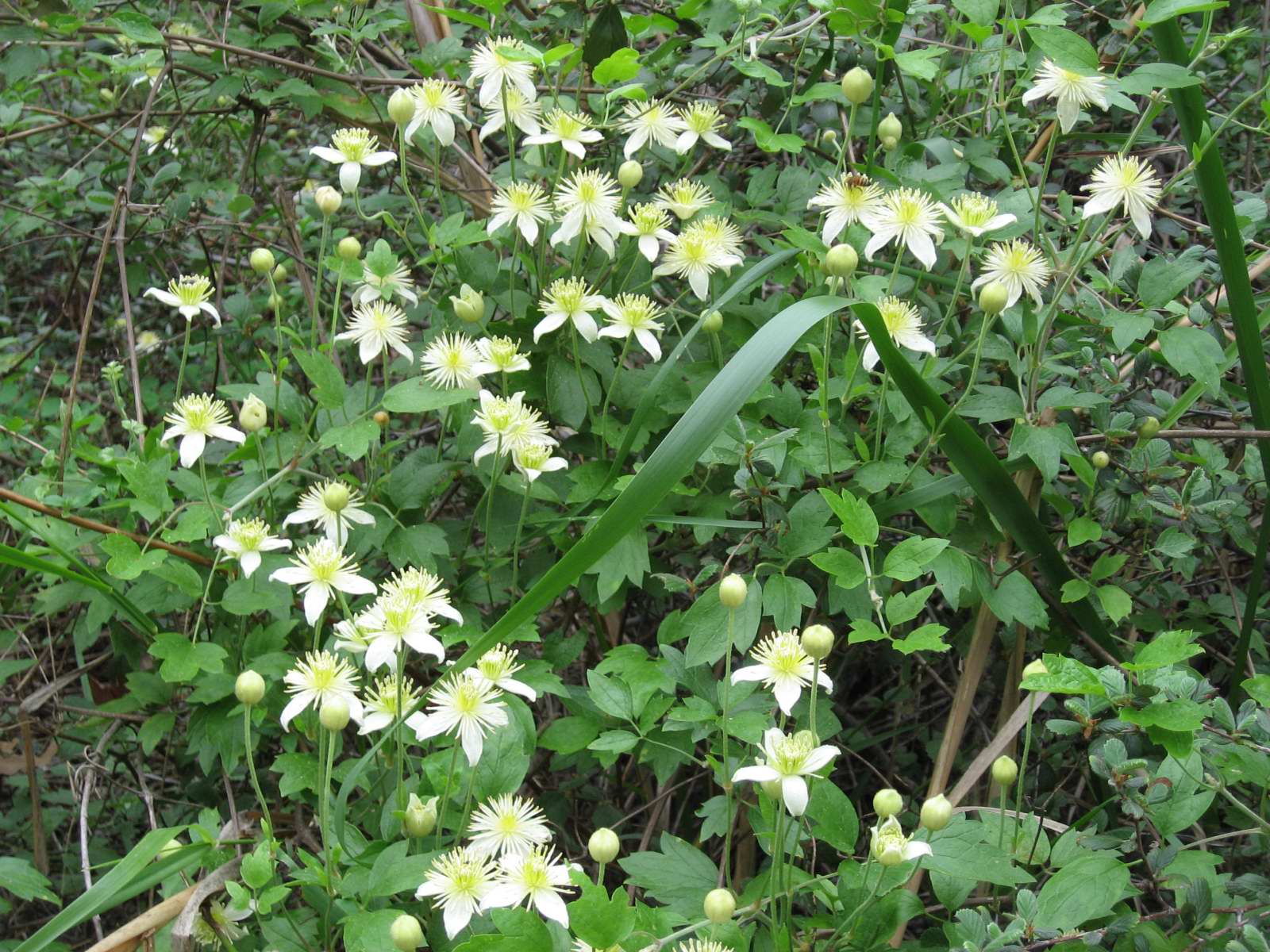 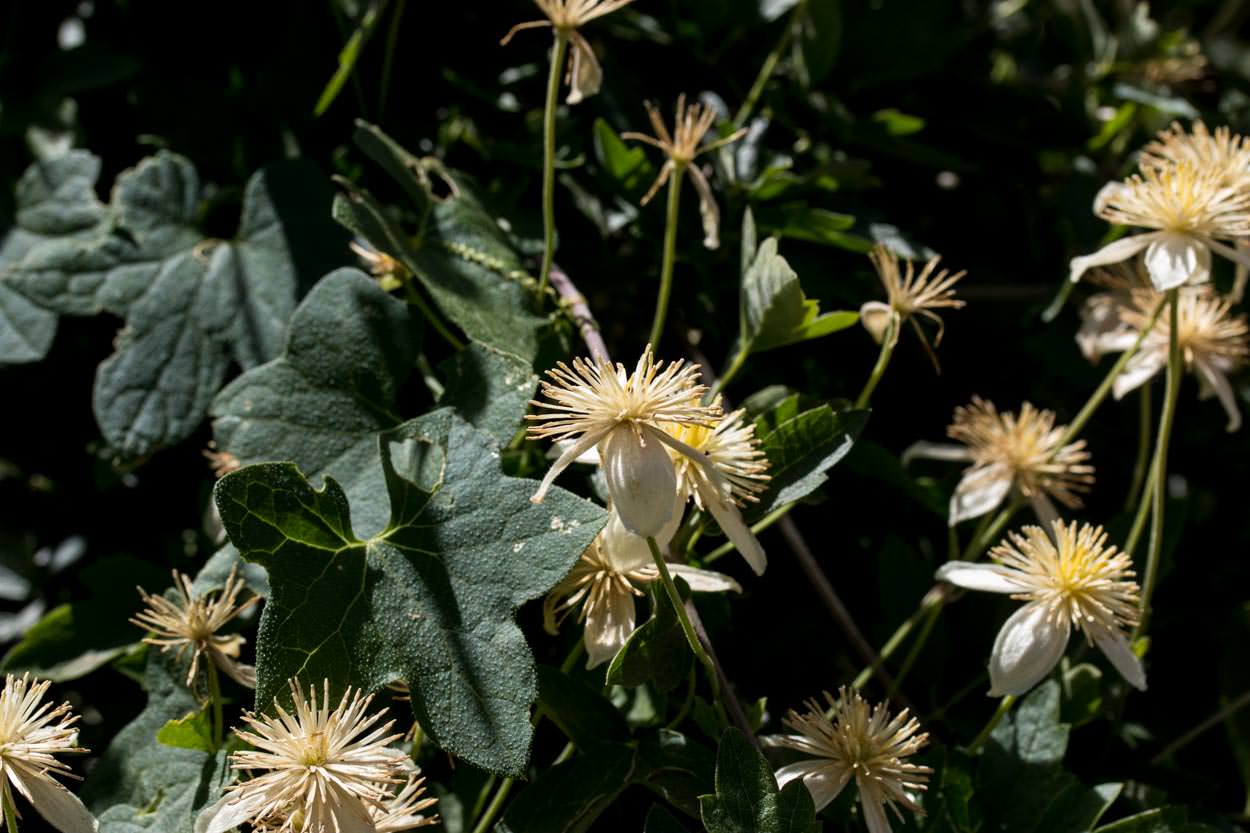 In the Santa Monica Mountains there are 2 species of plants within the large Clematis genus that share the common name Virgin's Bower. These two species may also hybridize together. Clematis lasiantha, usually called Pipestem Clematis and sometimes Chaparral Virgin's Bower, blooms earlier in the spring (February to June), has fewer but larger and more showy flowers, leaves made up of 3-5 leaflets, shorter vines (10-15 feet), and can tolerate drier conditions than its counterpart. It is found only within California, whereas Clematis ligusticifolia can be found across most of the western US. Sometimes called Western Virgin's Bower, Old-man's Beard, Pepper Vine or Yerba de Chiva, Clematis ligusticifolia blooms from April to August. Its flowers are smaller - about a half inch diameter compared with the Pipestem's inch or so, and it normally has a few more leaflets. Its growth habit tends toward longer vines and as such it is more of a climber, reaching up to 60 feet in length as it scrambles over shrubs and trees.

Features common to both species are their white- to cream-colored flowers which have no petals, but instead have 4-5 sepals which resemble petals. The central part of each flower has dozens of pistils or stamens. As the season progresses, the flowers' pistils produce dry fruits or achenes that form tails and develop into hairy, tangled balls. These structures are often more noticable than the blossoms, especially in Clematis lasiantha. The deciduous leaves have surfaces which are hairless or lightly silky. The plants climb with the help of twining petioles.

The genus name Clematis is Greek and means "long, lithe branches". Lasiantha refers to the flowers having a woolly appearance. Ligusticifolia is Latin and means "with leaves like those of Ligusticum (Lovage)". Most Clematis plants are irritating to the skin, and both of these species are also generally toxic if ingested. However, Native Americans found that in very small amounts it could help treat headaches, and American pioneers used it (again only in small doses) as a pepper substitute. Both Natives and Spanish settlers alike used a mixture of the foliage and water topically as a wash to treat skin wounds on people and animals, and sometimes to treat aches and pains.