Plant of the Month - Wild Peony 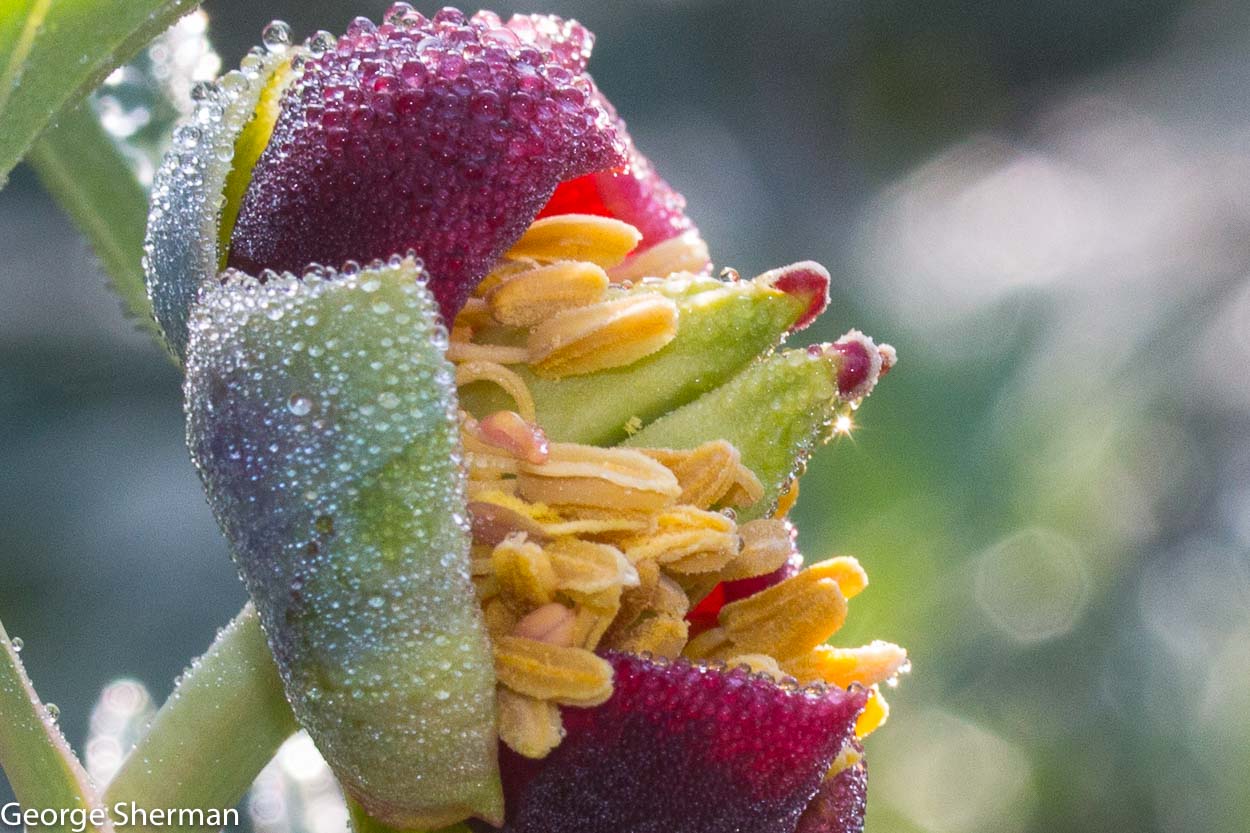 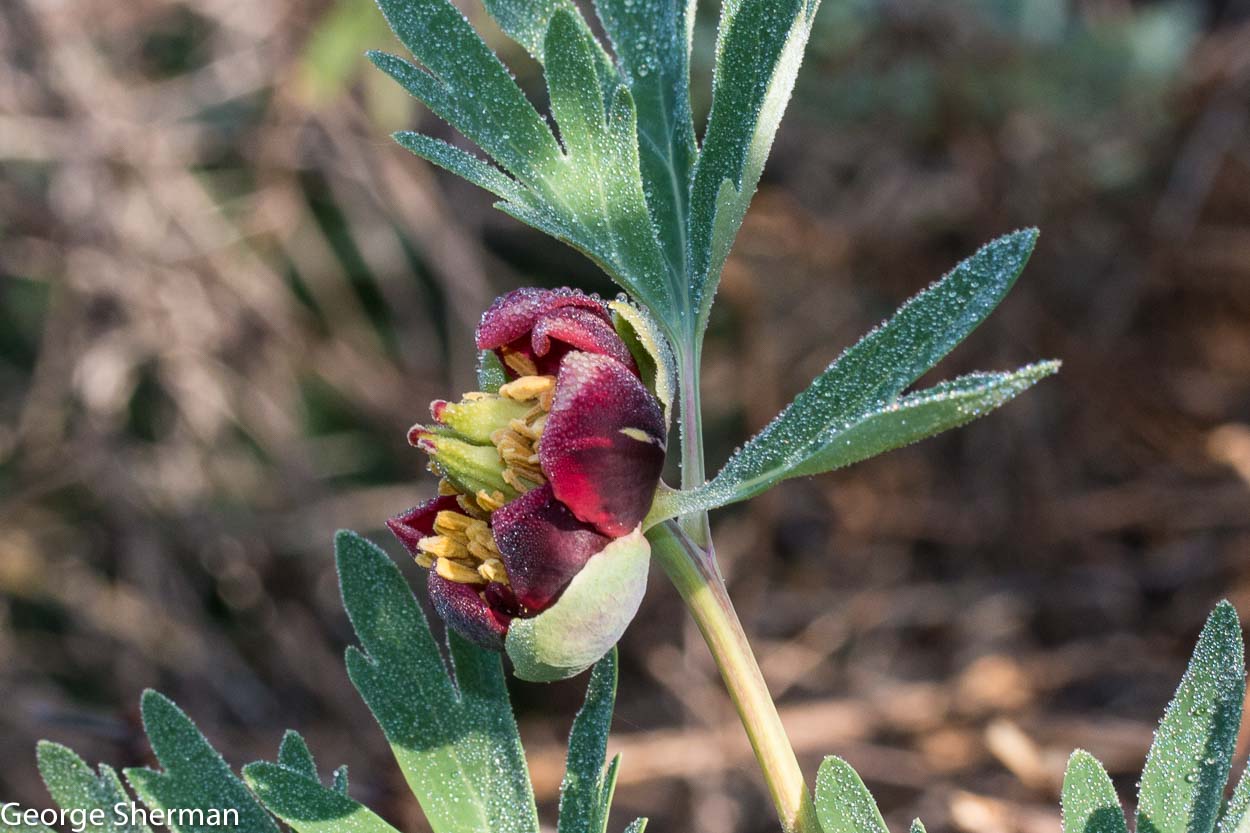 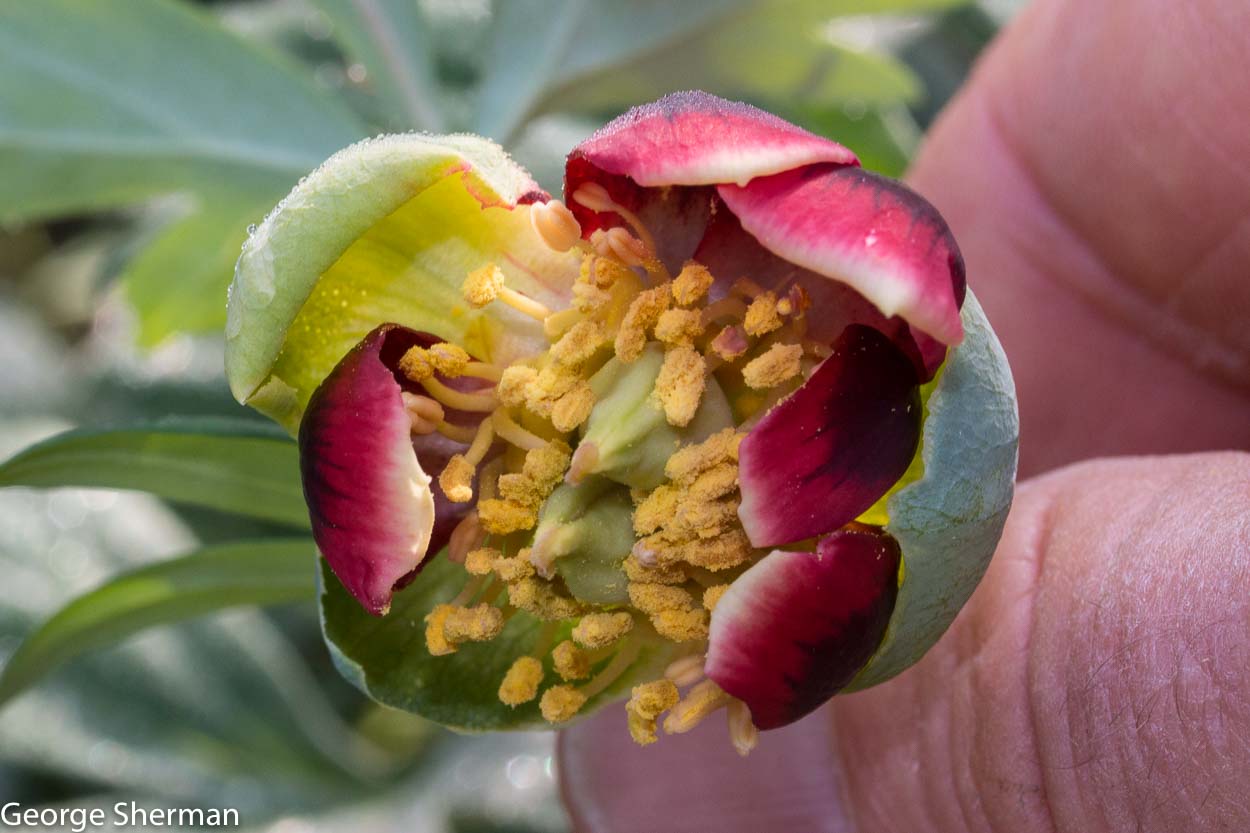 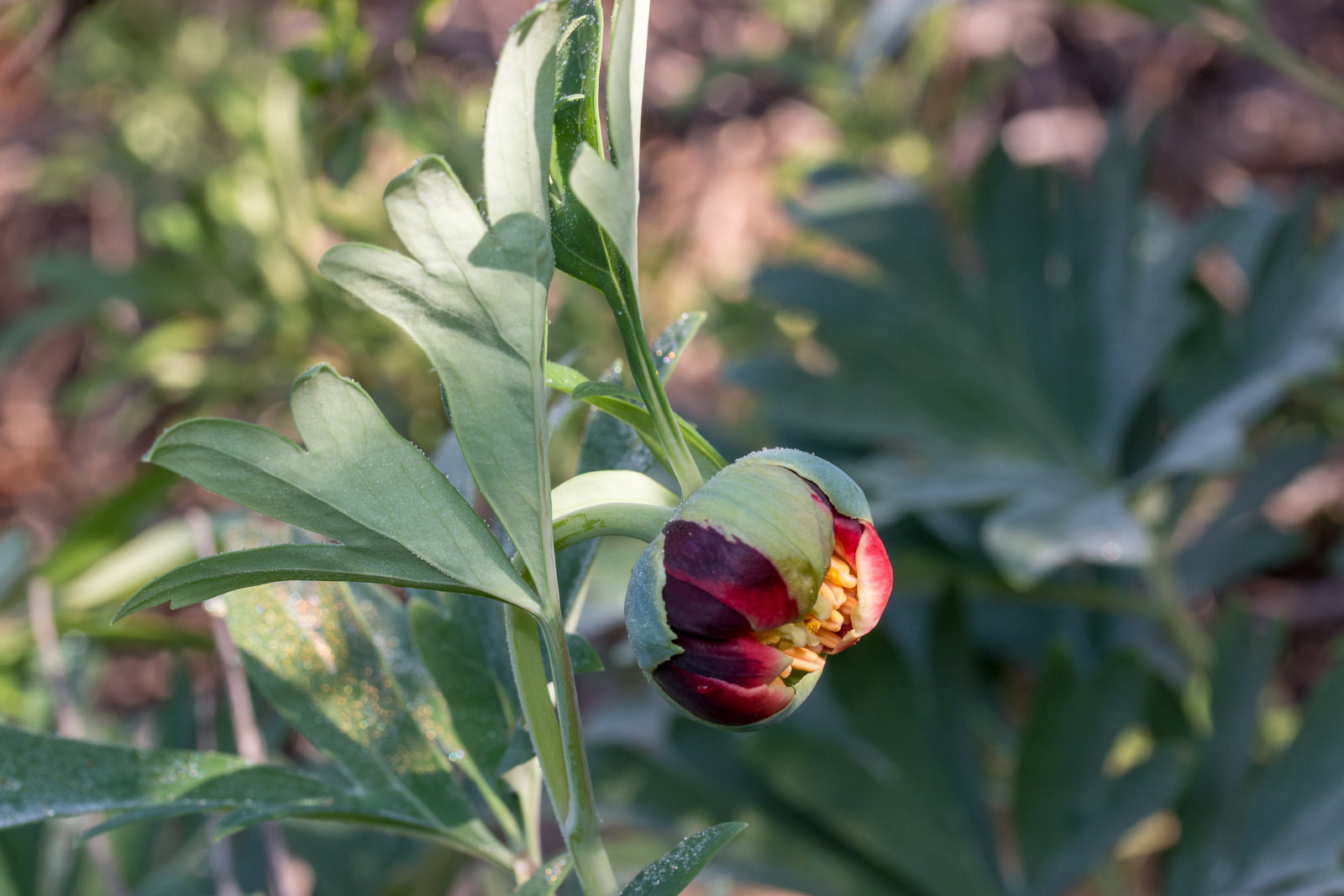 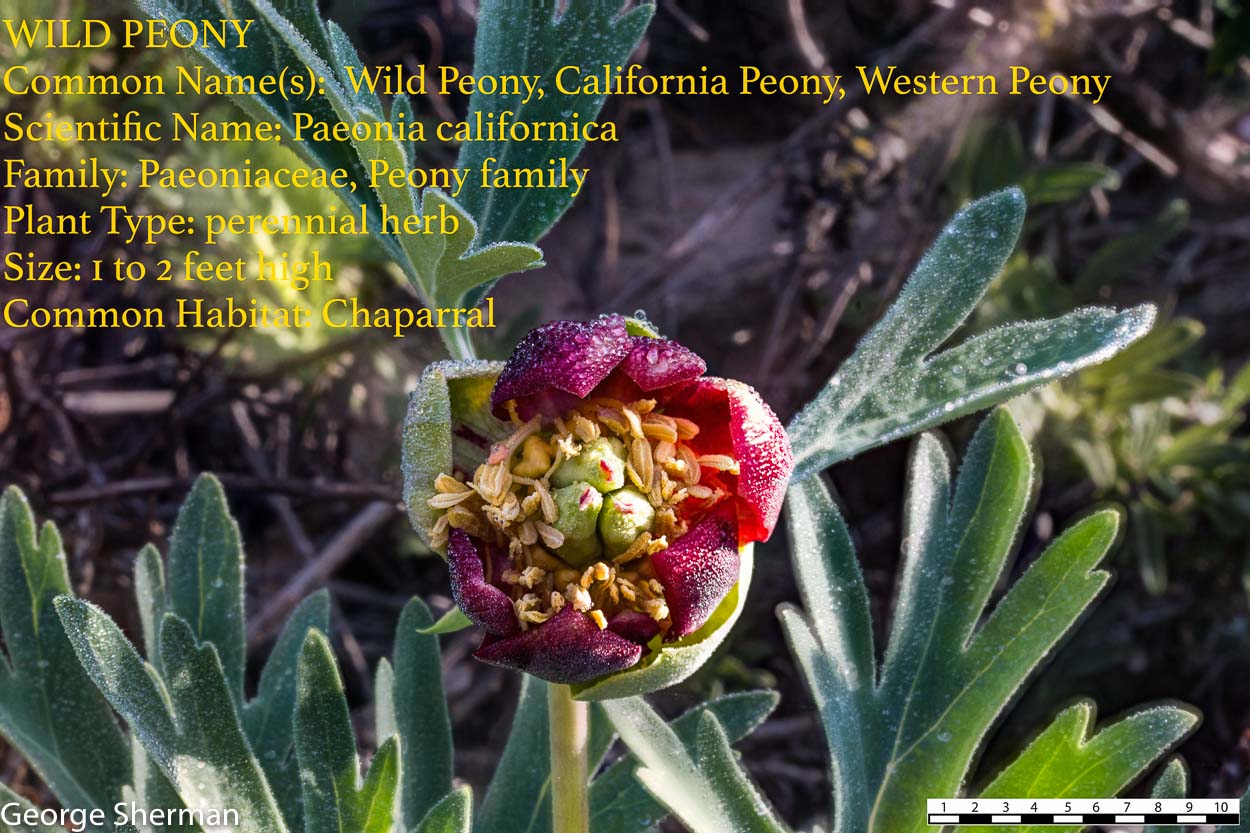 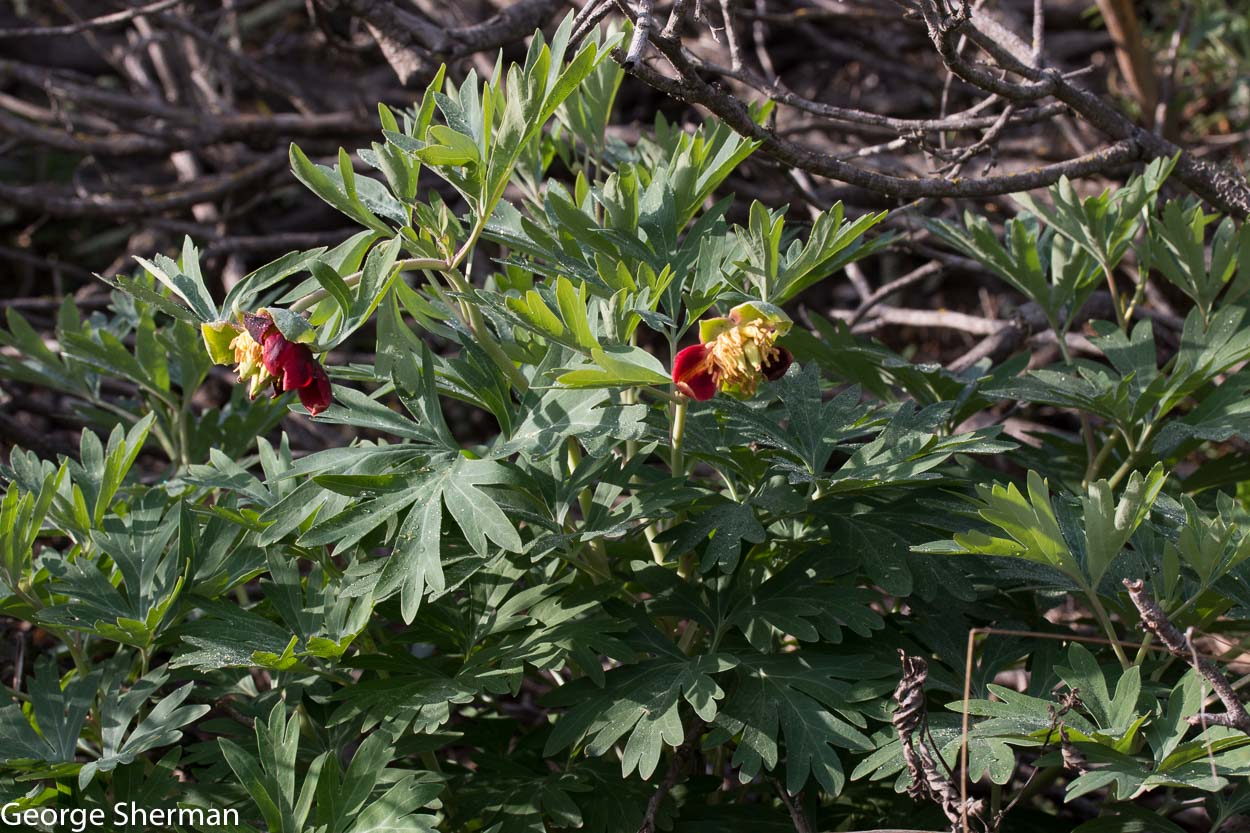 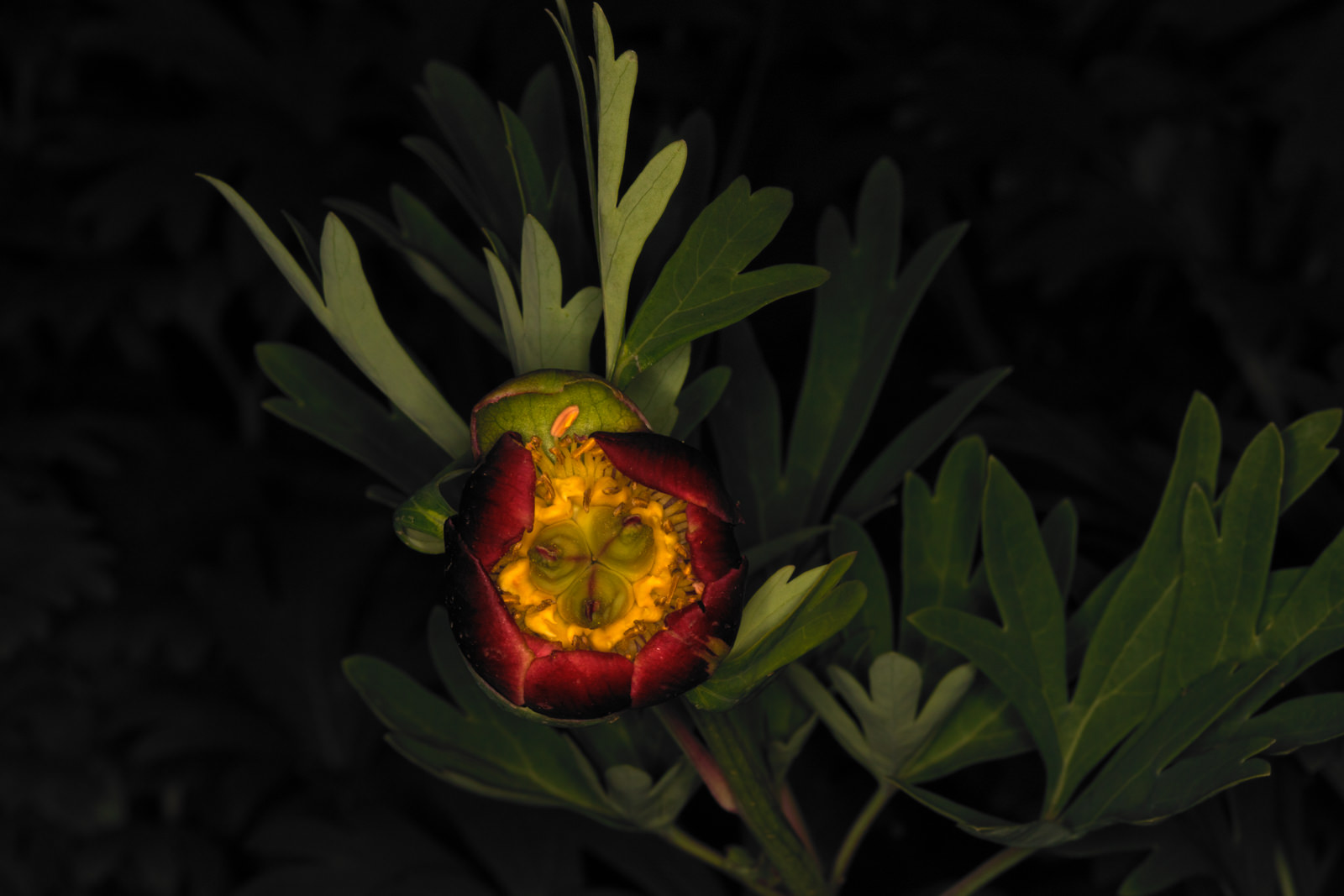 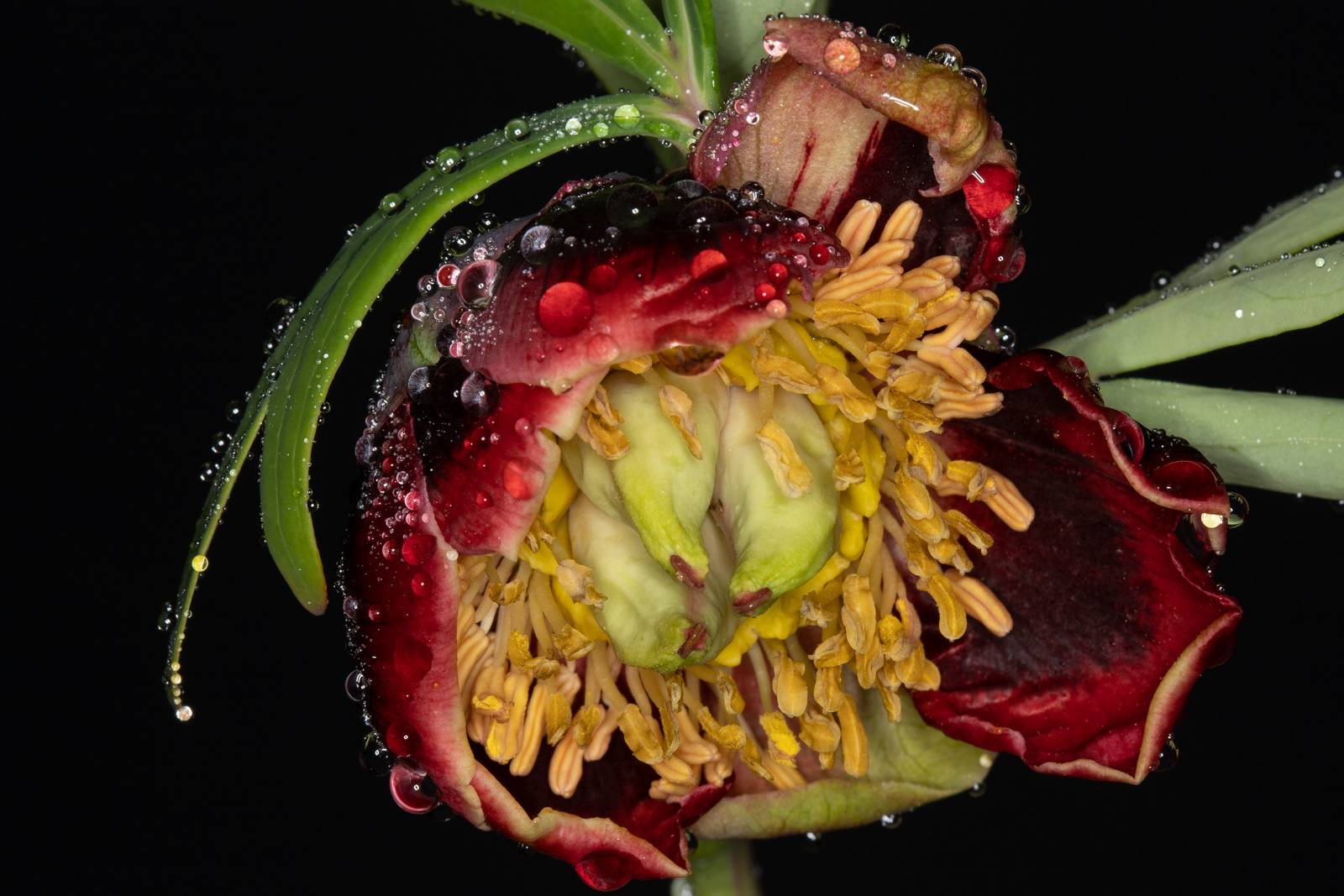 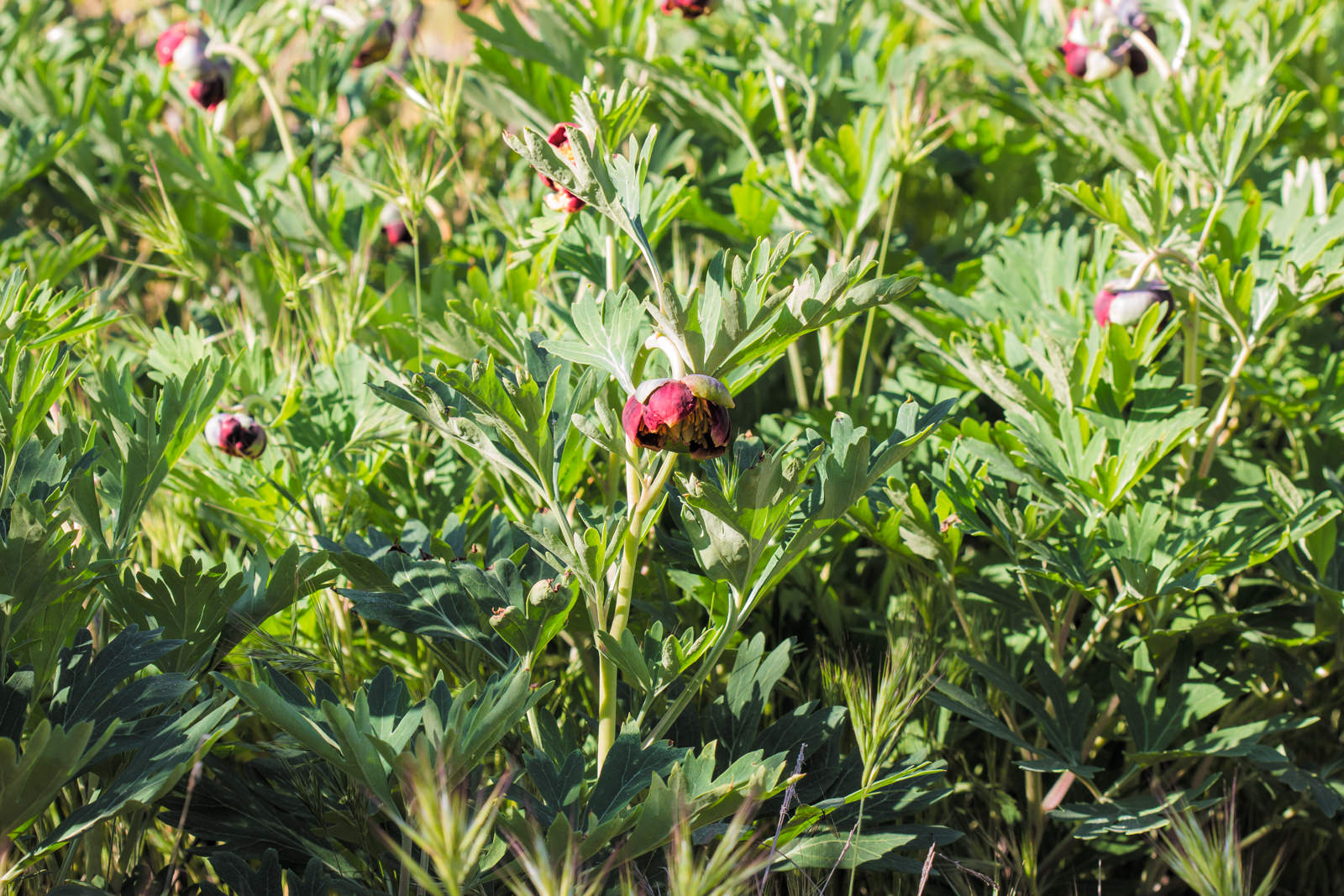 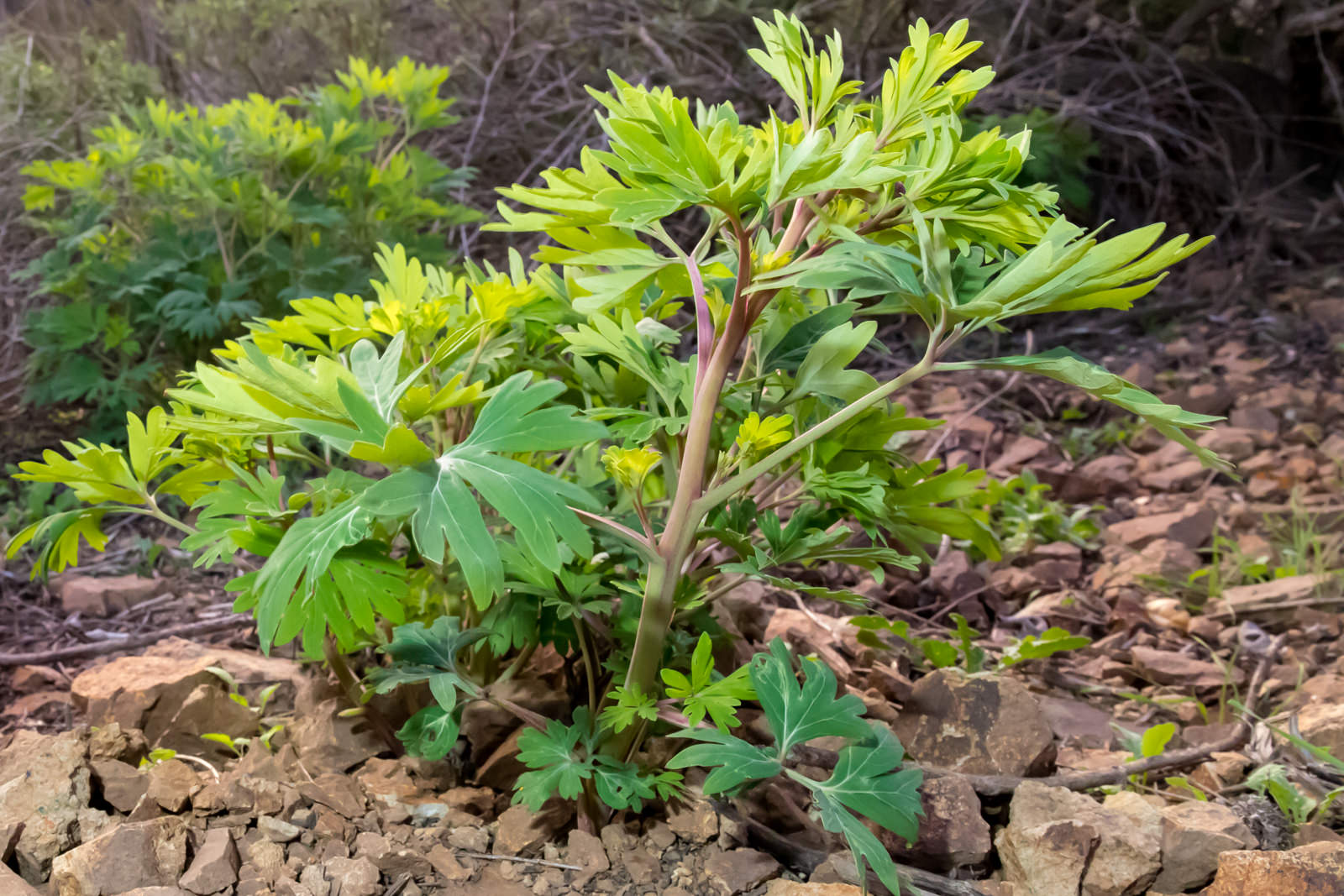 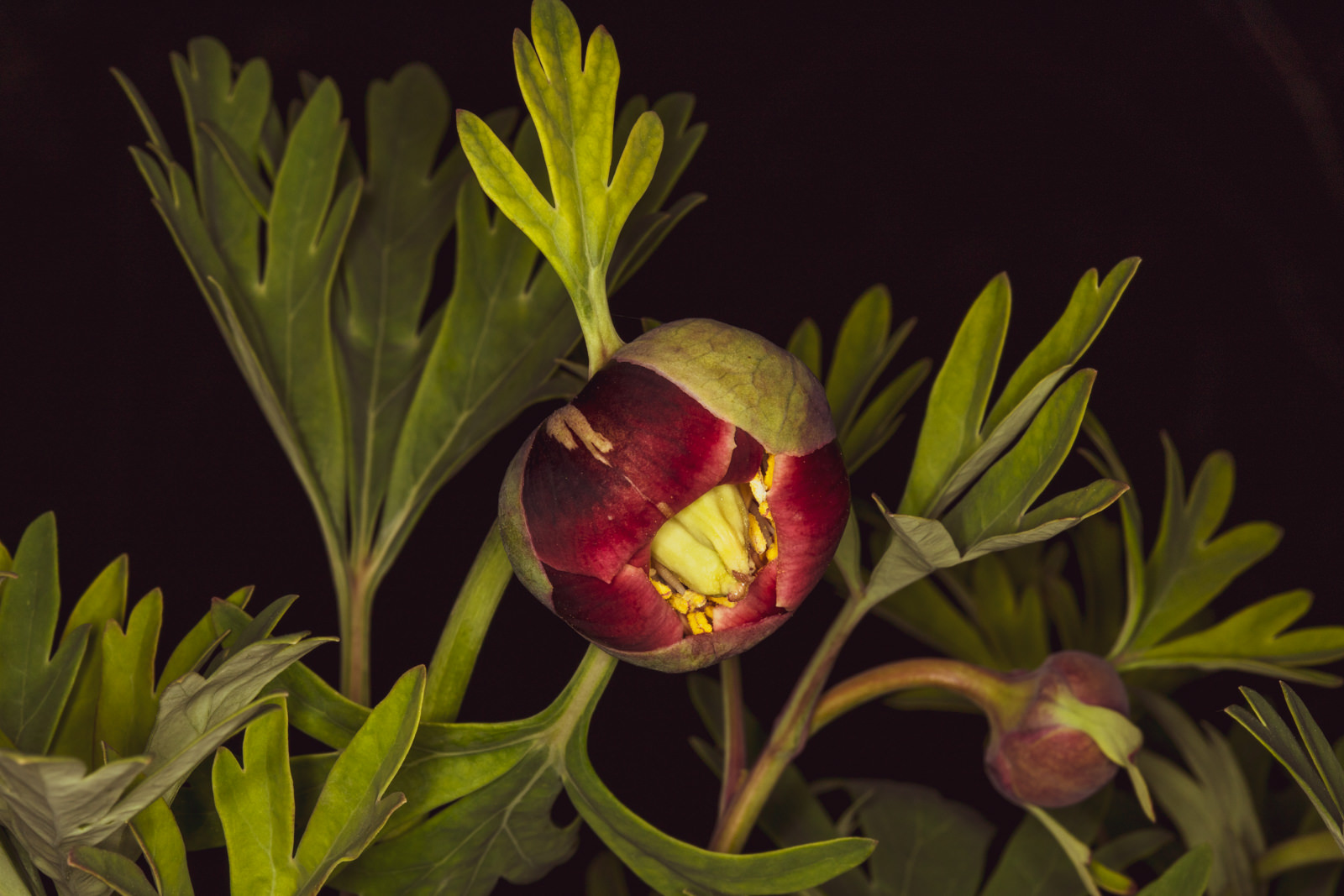 Wild Peony commonly blooms from January to April. Its flowers have petals the color of red-wine, are about an inch and a half long, and have a heavy-looking, downward-cupped shape. They are quite unusual looking, though not very noticeable due to their ability to blend in with the rest of the plant. I first admired this plant's bushy foliage and leaf structure before the flowers caught my eye.

The peony relies on winter rains to spring back from its dormant state that it adopts in summer. Often a clump of hollow stems emerges from the roots but it also may grow more individually. Its flowers grow on singular stalks and have 5 or 6 petals, and as they mature develop prominent seed pods at their center. The flowers never open completely, maintaining a cupped shape.

The roots of Wild Peony have quite a history of medicinal uses. The root was ground to a powder and used as a remedy for colds and sore throat by Native Americans. Others made a tea from it, which in small doses purportedly relieved stress, depression, and menstrual pain. Another group was said to eat it raw to aid stomach upset; somewhat of an oxymoron as it is also said that even small doses can cause nausea.

Fire Response: Peony is considered obligate sprouter (favors sprouting from root system versus germinating from seed) and can be counted on to retain its position as soon as the rains of Winter come.

This is the only variety to be found in this area naturally. East coast gardeners cultivate varieties of peony that are thought to be more beautiful. The plant's origins are from Asia.

Several pictures on this page on the Potrero Ridge Trail in Newbury Park. I come back year after year to watch them emerge from the ground and visit weekly until they are done blooming. It is comfortable to watch and be a part of the rhythms that these plants cycle thru.