Plant of the Month - Yucca 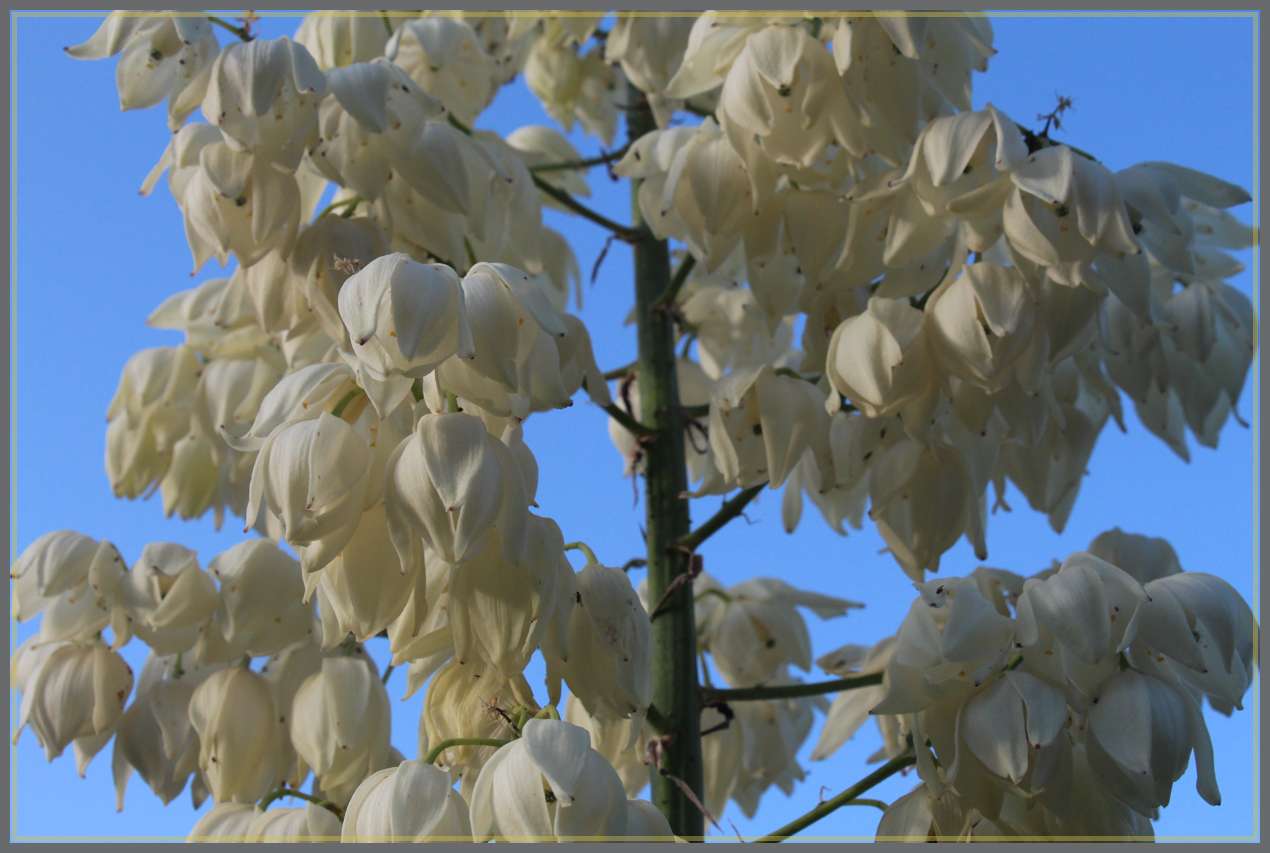 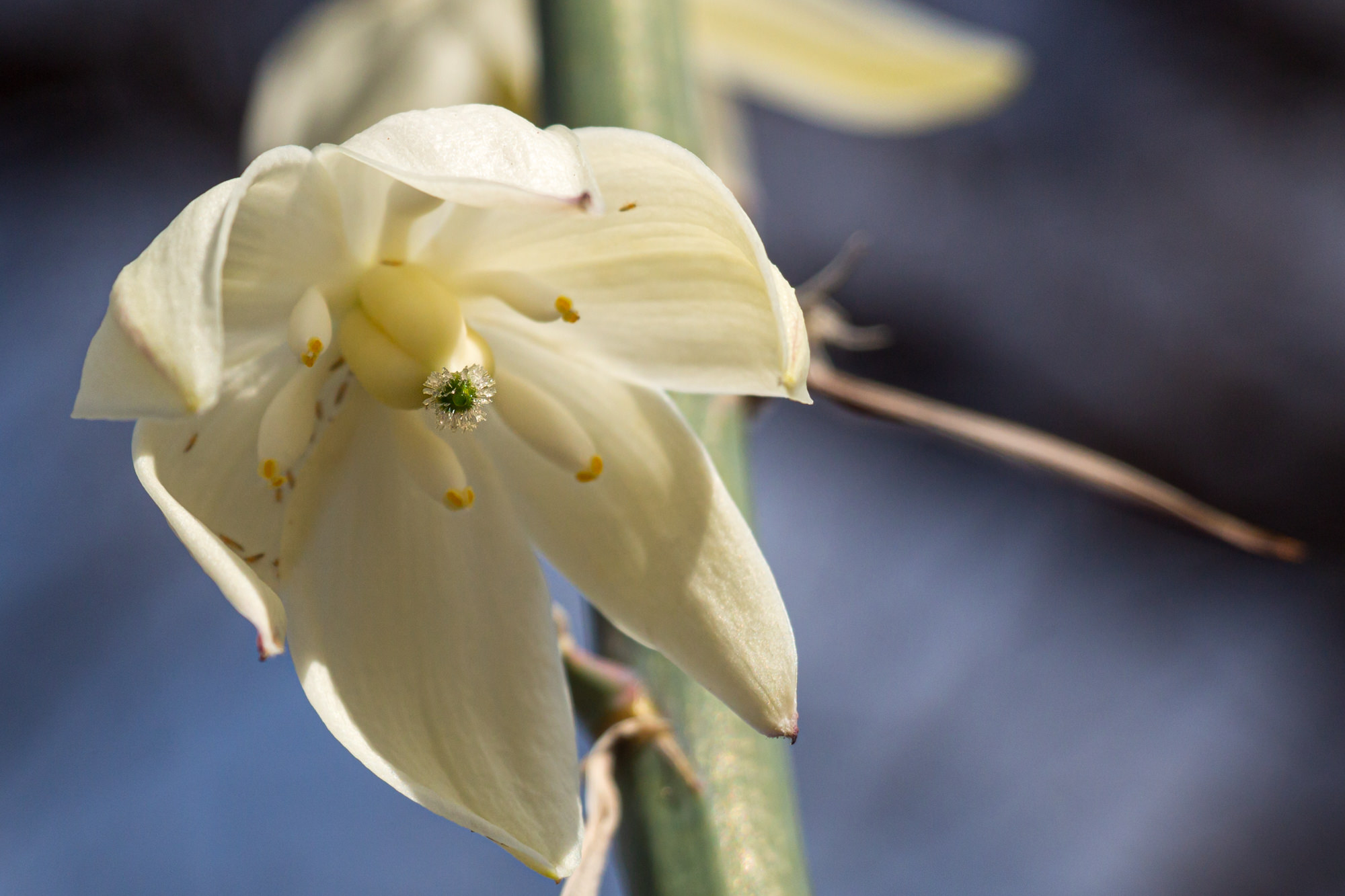 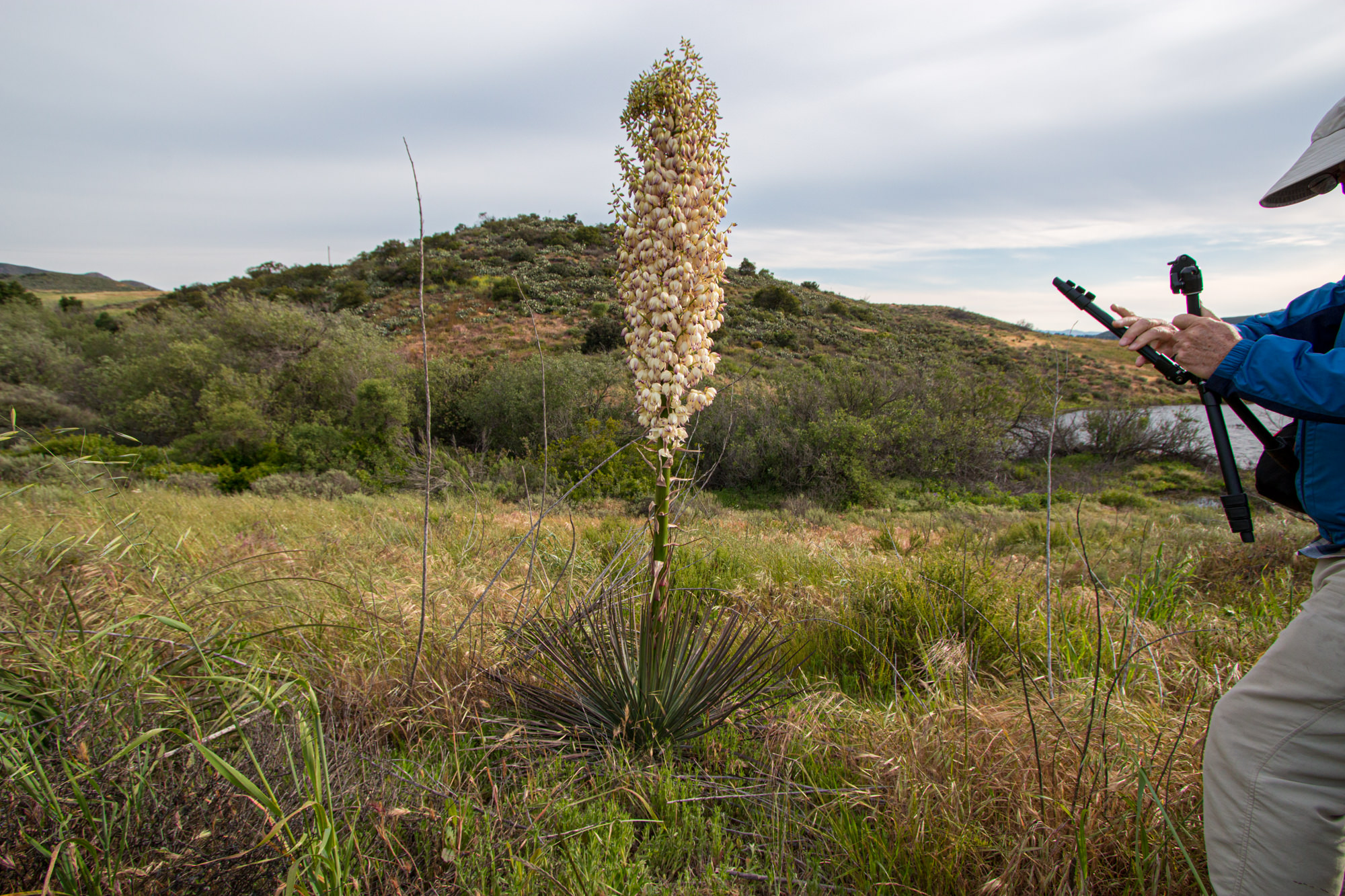 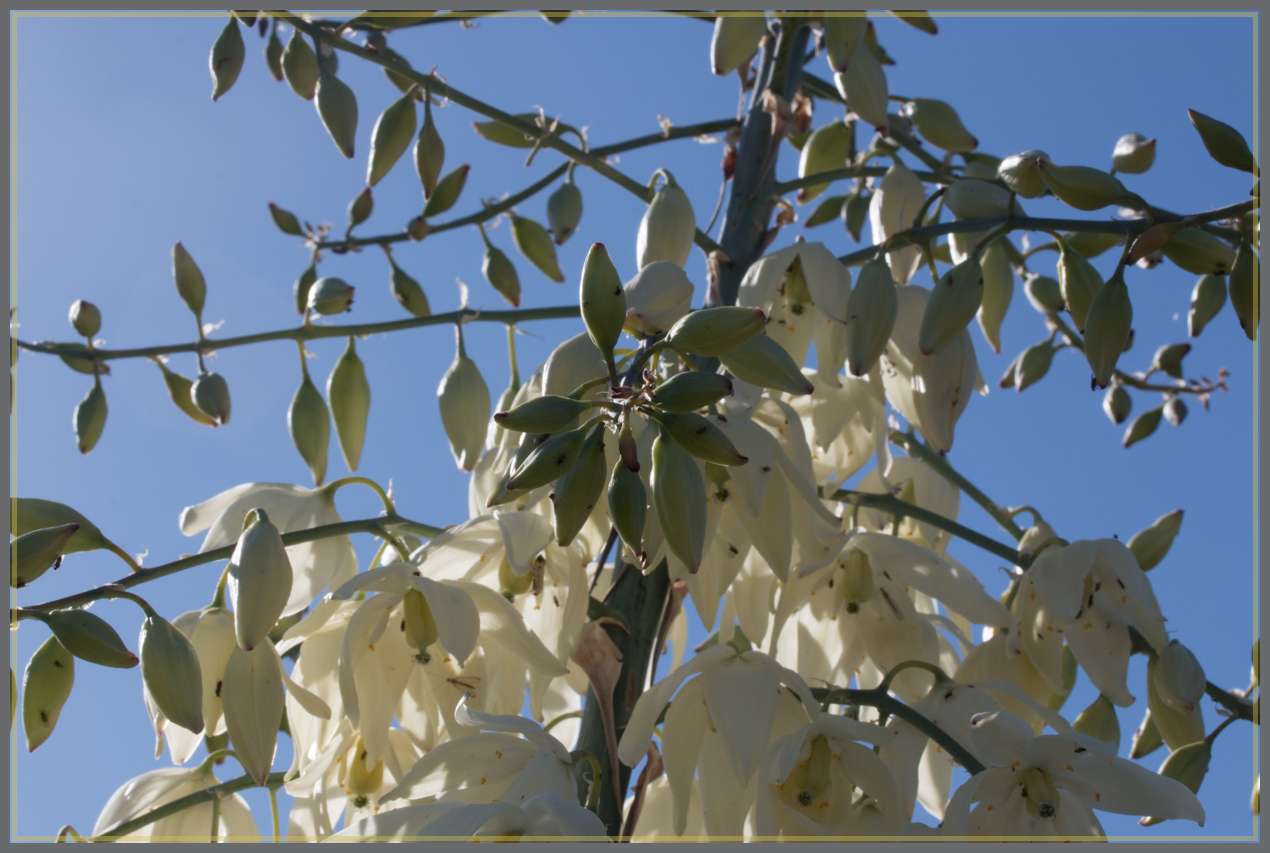 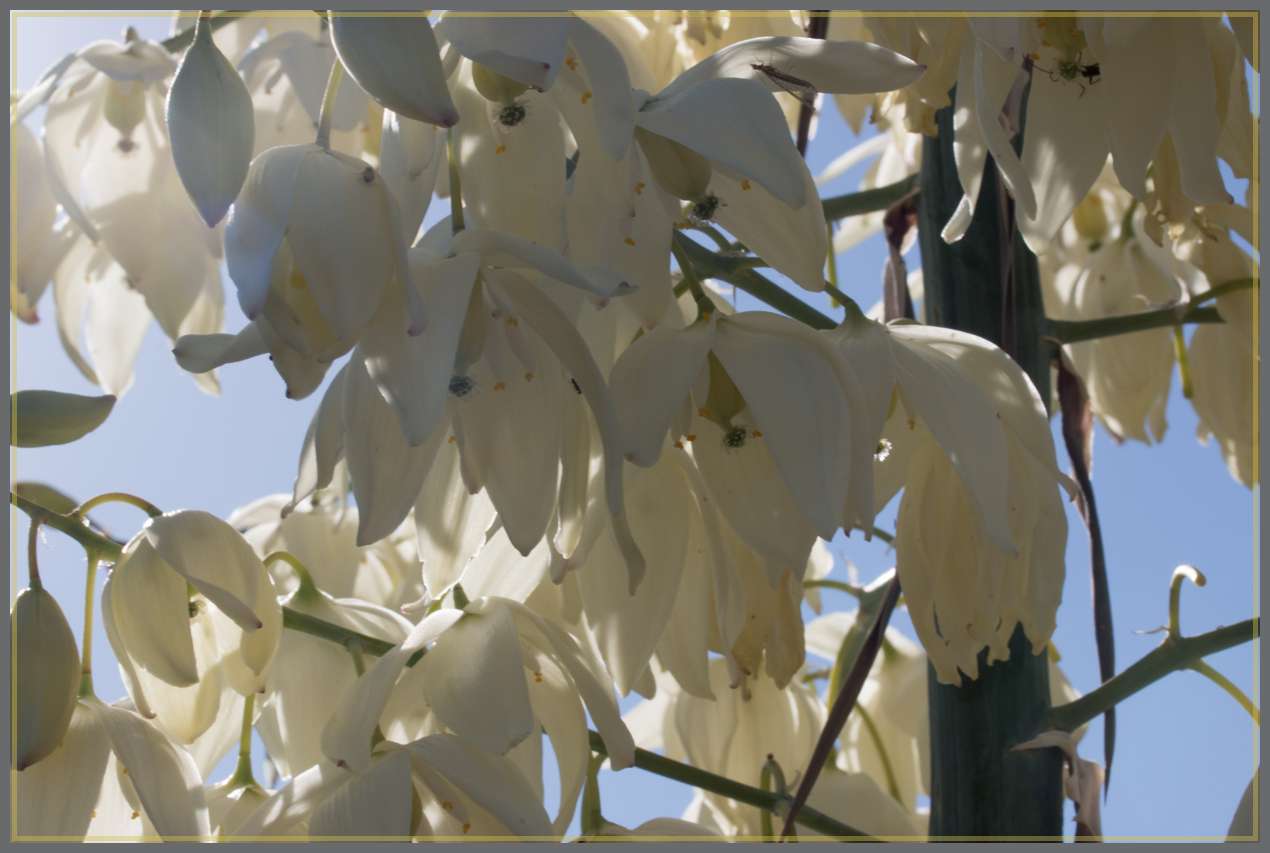 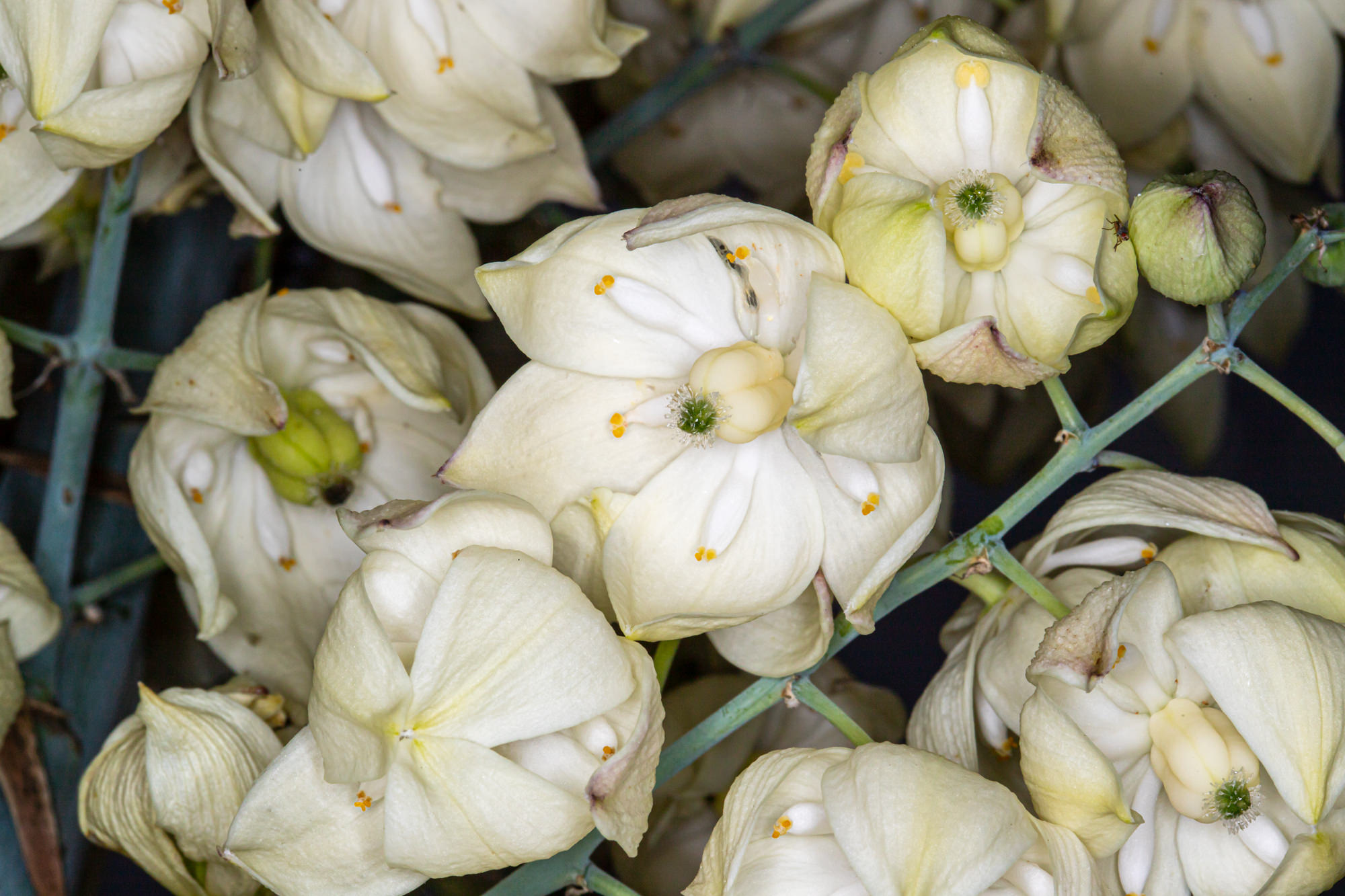 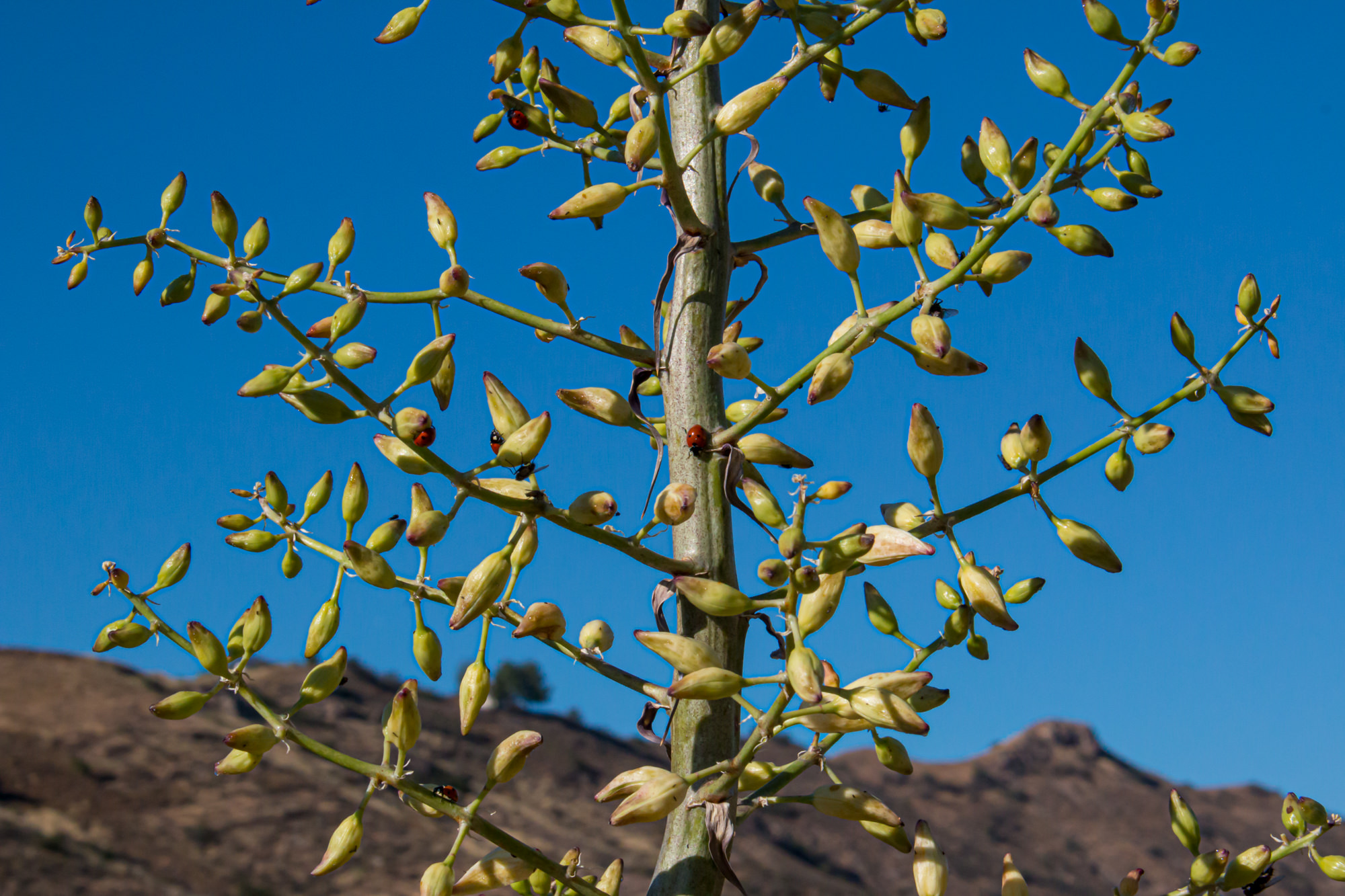 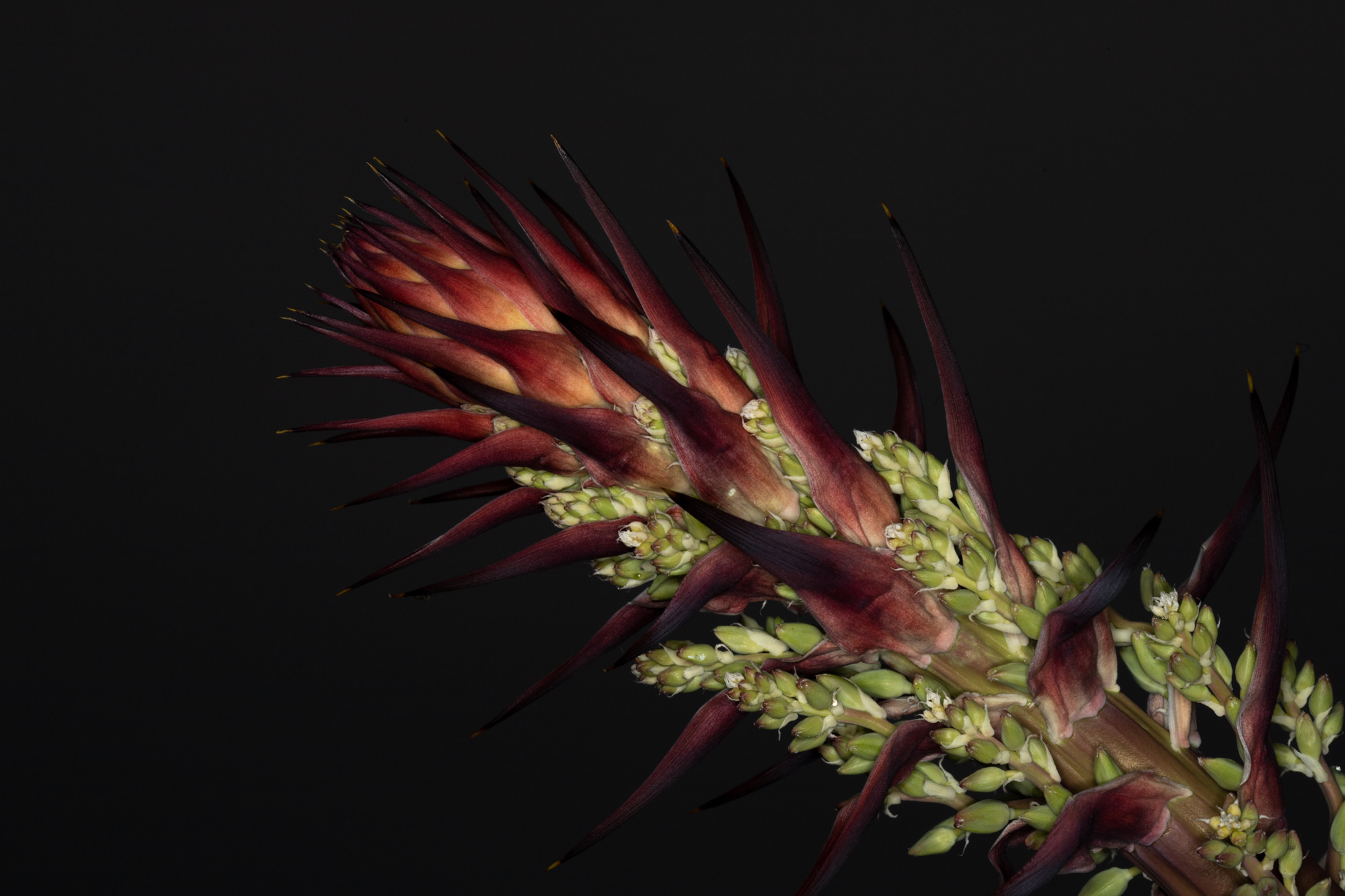 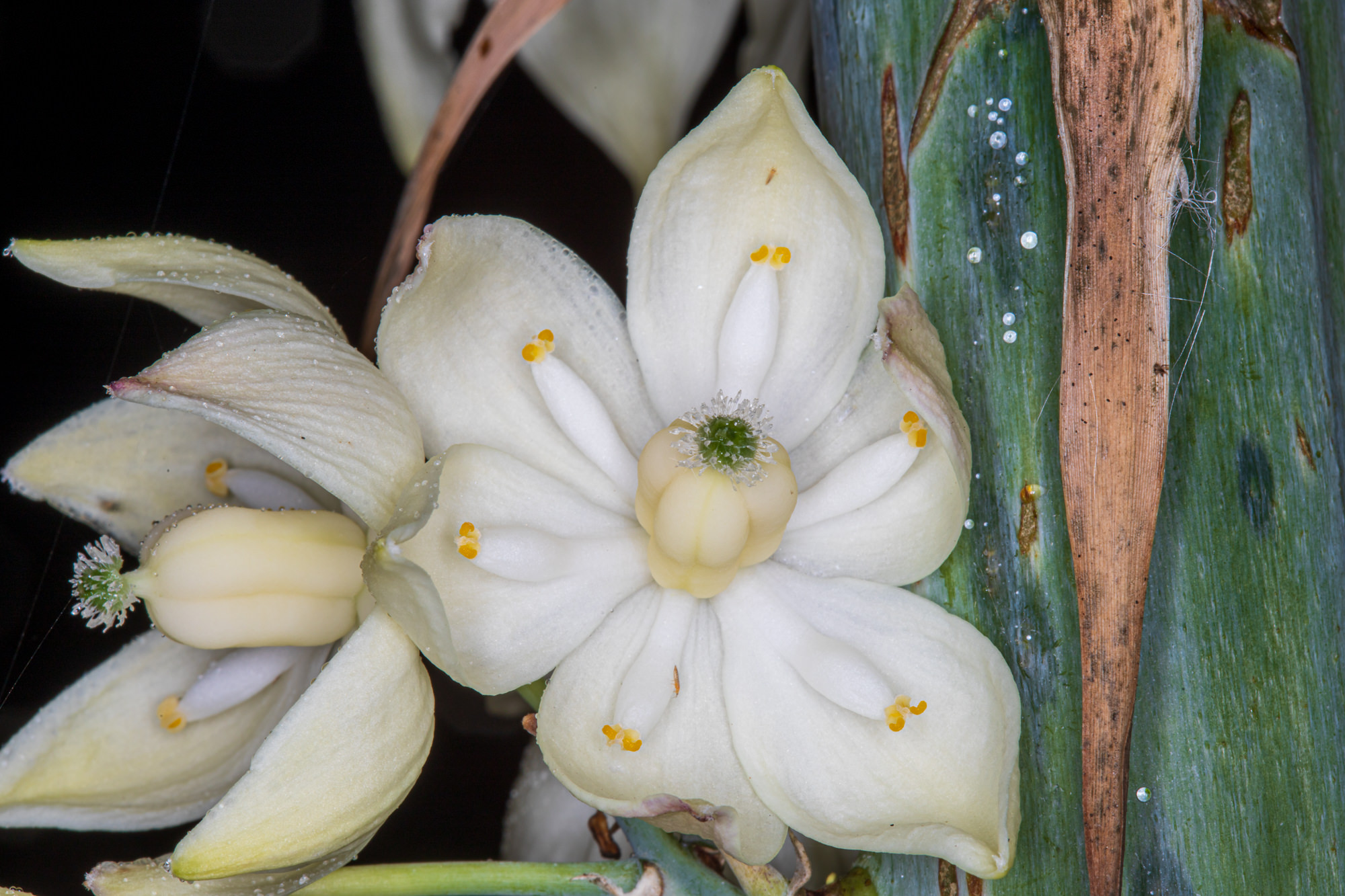 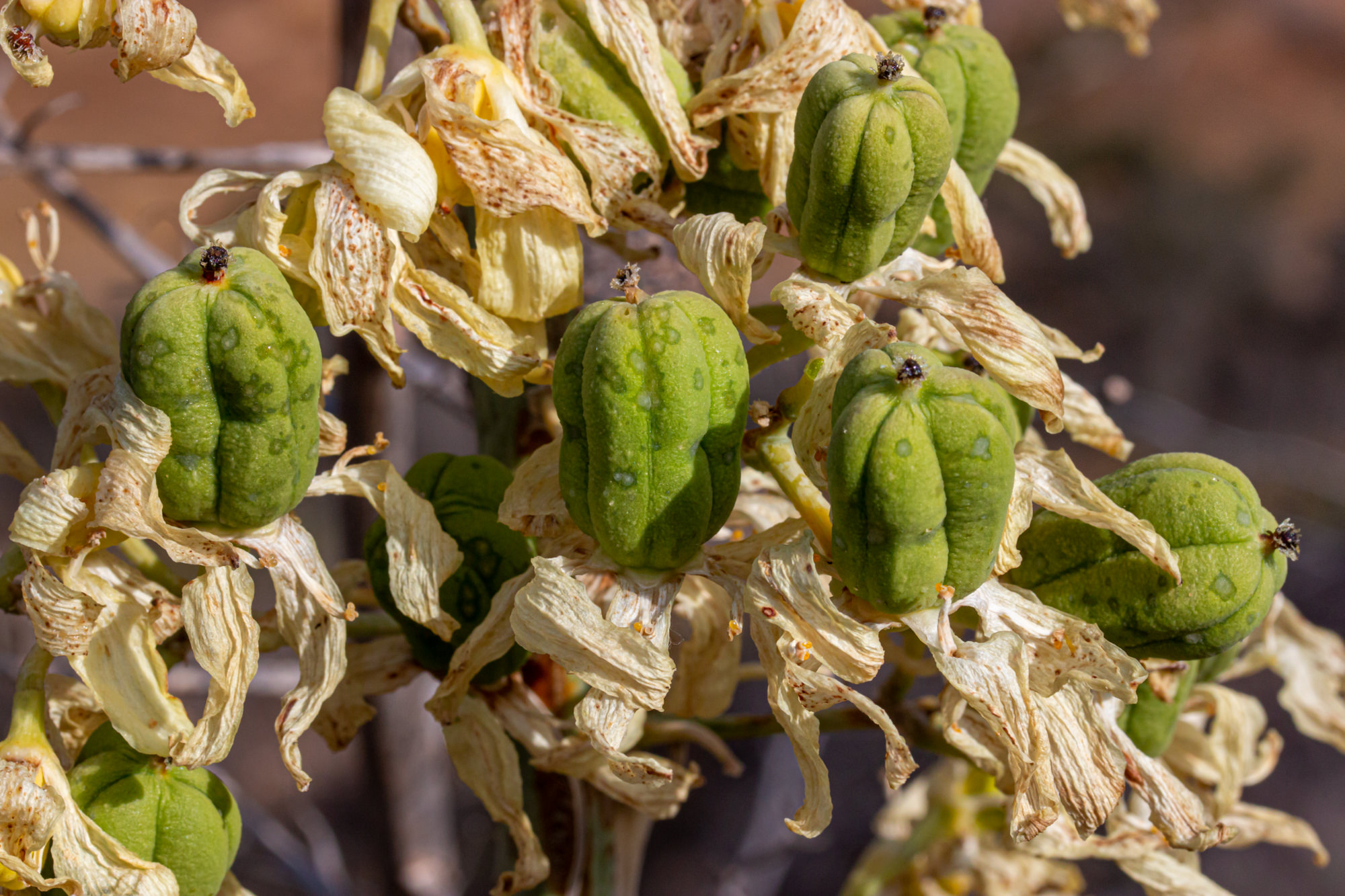 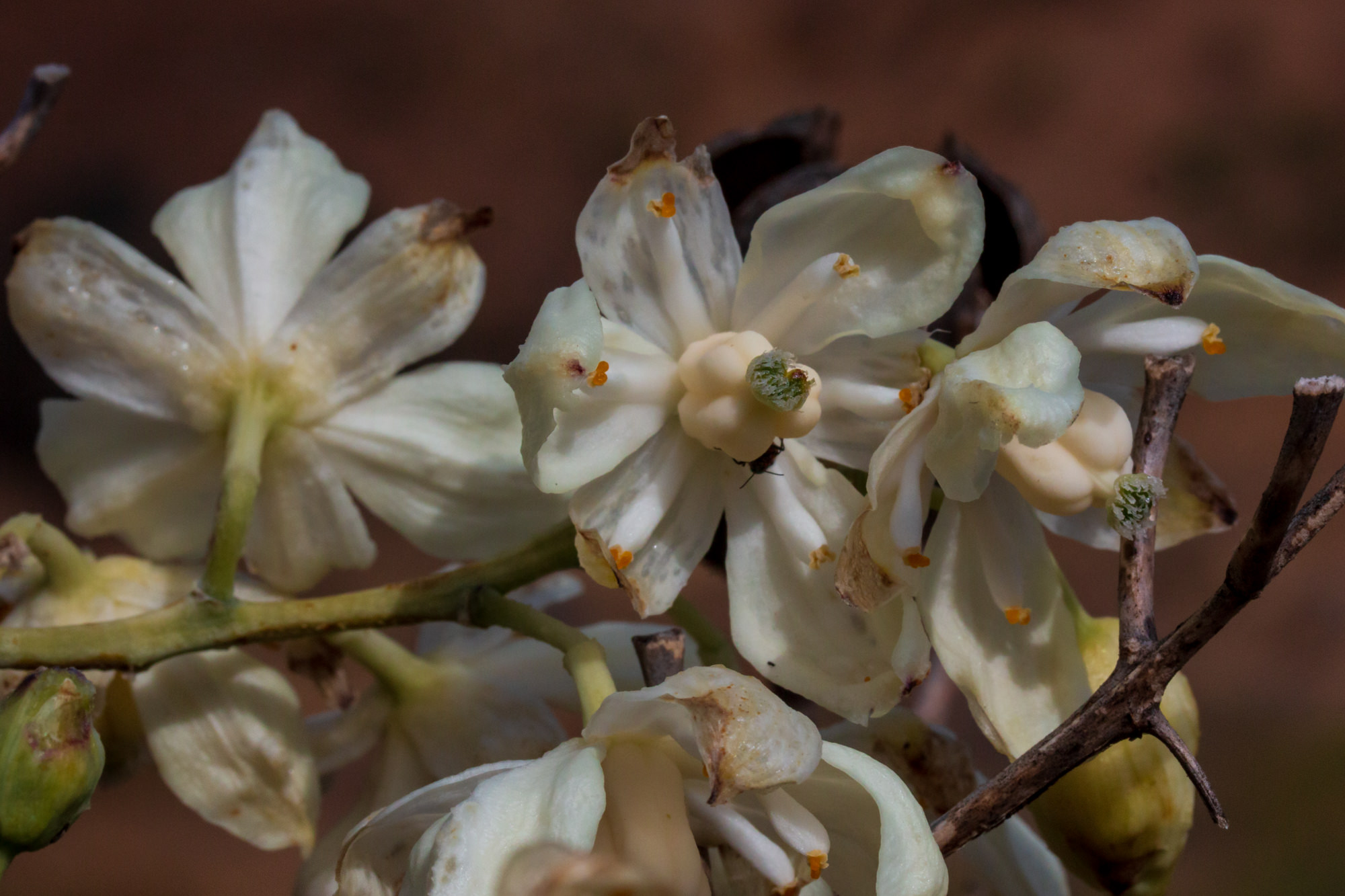 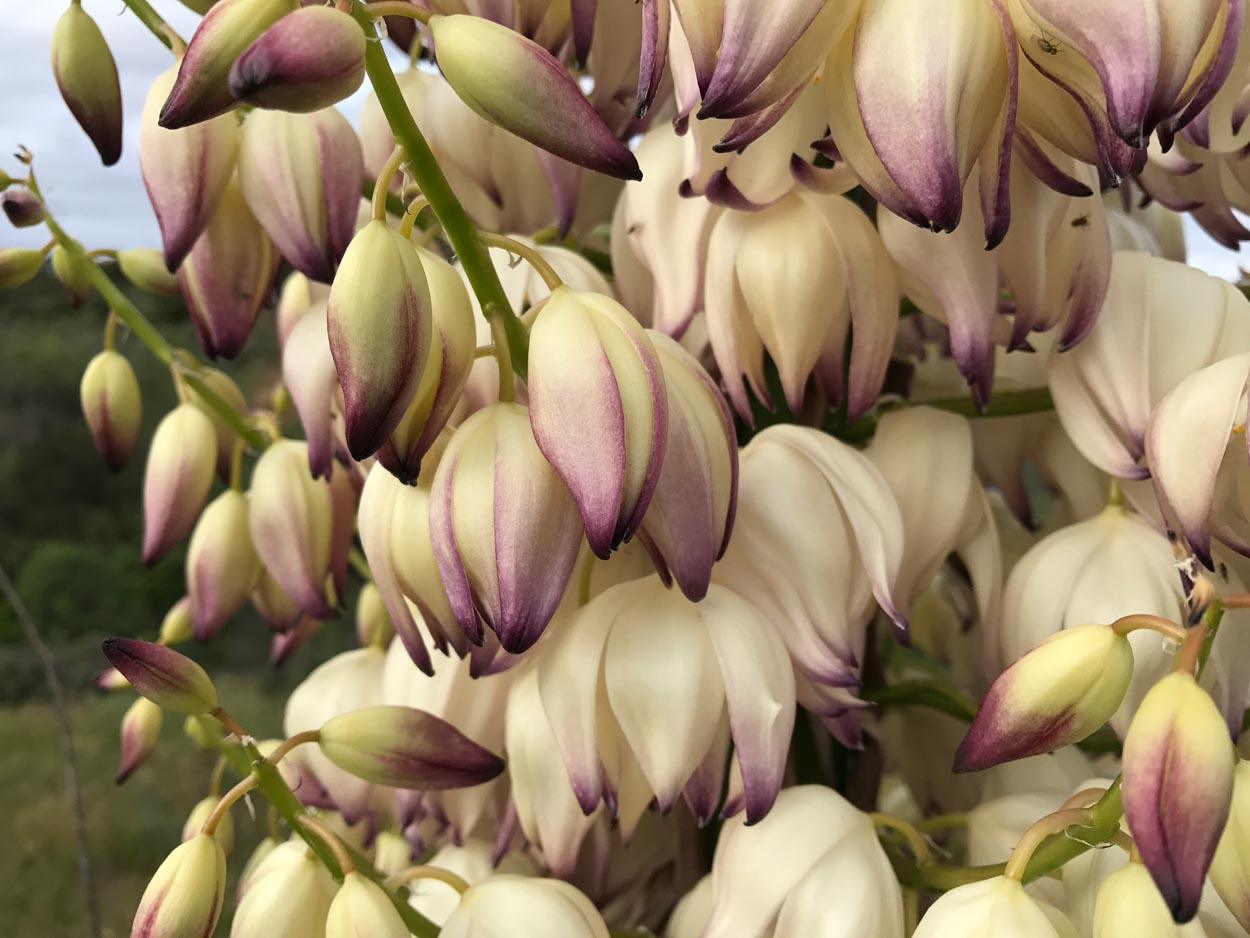 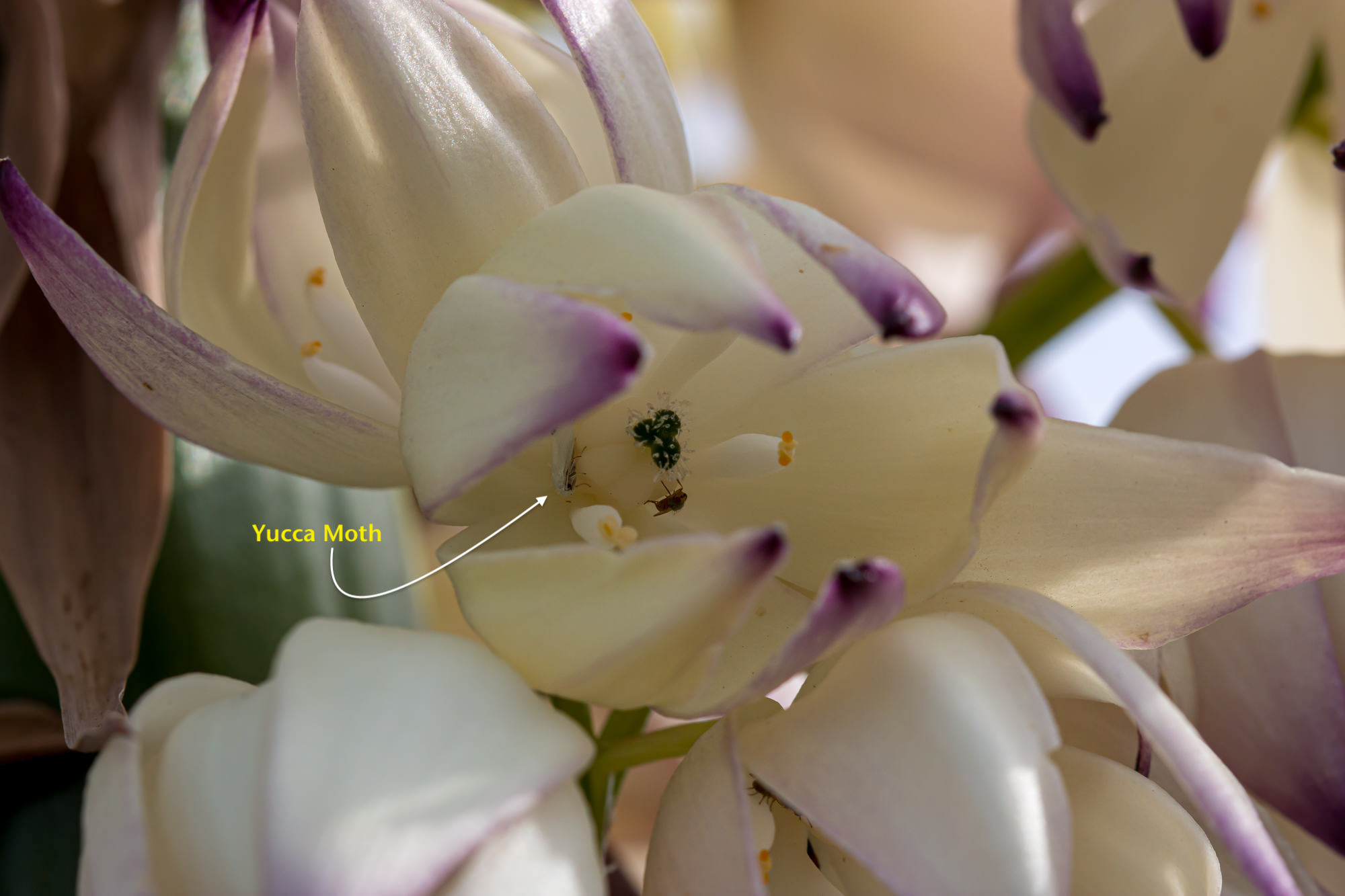 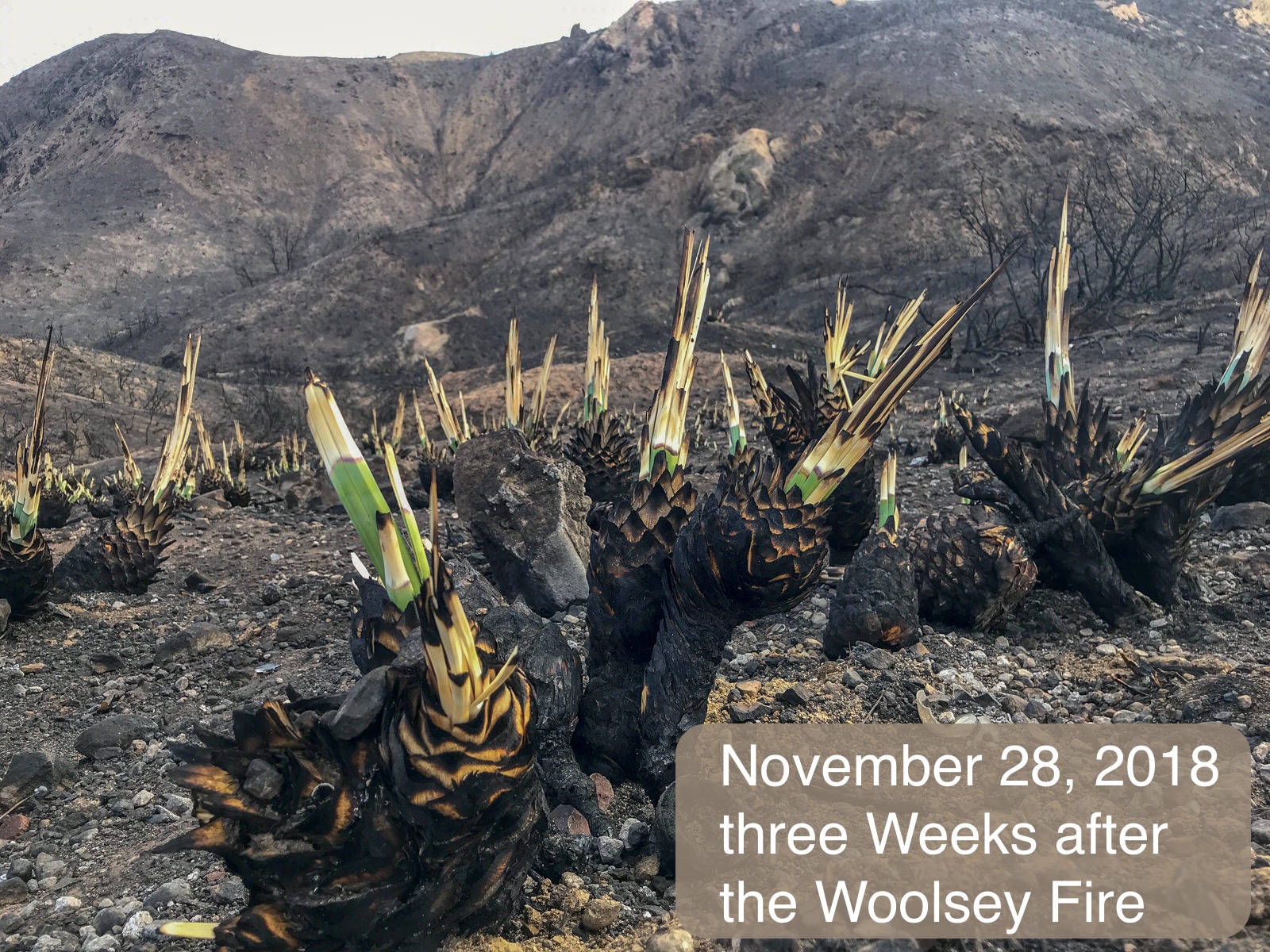 Yucca Hesperoyucca whipplei is a common plant in open chaparral areas. One of the things I associate with June in Southern California is the presence of flowering Yucca stalks dotting the slopes of the nearby mountains and hillsides. Yucca blooms from April to July, usually below 2000' but sometimes up to 8000' in elevation. Flowers are usually creamy-white, but east of the Santa Monicas it is said they can be a dramatic dark purple or pale pink. Some Yucca plants are considered monocarpic - growing from seed, flowering once in a 4 to 7 year lifespan before dying. Most of our plants produce offshoots from the base, creating a cluster of clones that continue to grow and reproduce. This form of Yucca when mature can then spread via 2 to 6 foot long rhizomes. Hesperoyucca whipplei is one of two Agave plants in the Santa Monicas. Interesting fact - Yucca is a member of the Asparagus family.

Rivaling the showy late-spring flowers is the foliage of this plant, consisting of needle-sharp spears up to three feet long that emanate from a base that sits flat on the ground. The flower bearing stalks can grow five or six inches per day when ready to bloom. Native Americans had a variety of uses for the foliage, weaving ropes, nets and baskets. They also coaxed soap from the roots and fashioned foodstuffs from other plant parts.

Often noted when talking about this plant is the symbiotic relationship it has with the Yucca moth, it's only pollinator. The Yucca moth (Tegeticula maculata) gathers a large bunch of pollen from one plant and flies with it to another. She burrows a hole in this second plant's seedpod, deposits her eggs, and covers them with the transported pollen. The emerging caterpillars lower themselves to the ground and bury themselves for a year before emerging as moths.

Fire Response: Yucca can sprout or germinate from seed but shows a preference to sprout because its seeds are sensitive to fire. The monocarpic form is often killed by the fire and will take from 4 to 7 years to recover. The tufted version often survives because fire was not as hot or not all the plant was damaged. This form can sprout vigorously after a fire. Less than two weeks after the fire the plant will show hints of green as new leaves emerge from what look like burned pineapples. Seeds are dispersed via wind. Should fortune favor the location of the seeds they can germinate after a fire in higher than normal rates. Source of much this info: US Forest Service Article on Yucca